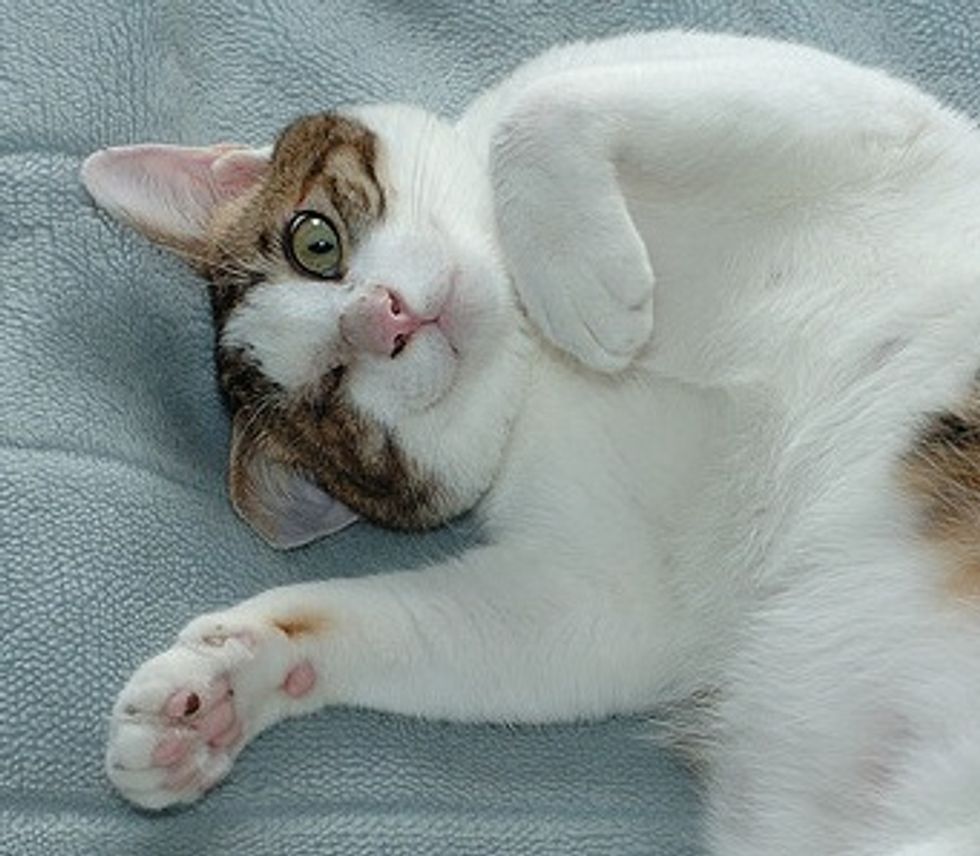 I was always a dog lover and was not very into cats until I met a cat named Herlock. In June 2003, I found him at the beach while I was walking my dog. He was tiny and weak. His body temperature was very low. At the time, he was already missing his right eye.

I didn't have previous experience of taking care of sick kitties, so I asked a friend who has rescued many stray cats for help. She advised me to feed him if he could eat and wrap him up in a towel to warm him up. When Herlock saw the food, he gulped it down so fast. After he was done, he walked around, exploring the house. I couldn't explain but I had a strong feeling that he would be just all right.

I took him to the vet to have him examined. He weighed about 10 oz. at approximately 2 months of age. His body temperature was still on the low side, but it was within a healthy range. The right eyeball was lost completely. The vet believed that it could be an external injury such as an attack by another animal. Overall, he was healthy and did not have any major medical issues.

I was planning on finding him a good home. While searching, he stayed with me in my house. Everyday he became stronger and more active. He played with me and even my dog. He checked out every corner of the house and occasionally wreaked havoc in a room and clawed a couple curtains, but when he fell asleep on my lap, it was the sweetest thing.

About a week later, I thought to myself that I would never let him go. He has become my family and part of my life. I am not only a dog lover but also a cat lover now because Herlock has taught me how wonderful, kind and lovable cats are.

Some people think that having one eye is a disability, but I beg to differ. Herlock can run, jump, play and live just like any other cats. The missing eye does not stop him from enjoying his life and being a happy kitty that he is today. He does not think that he is any different.