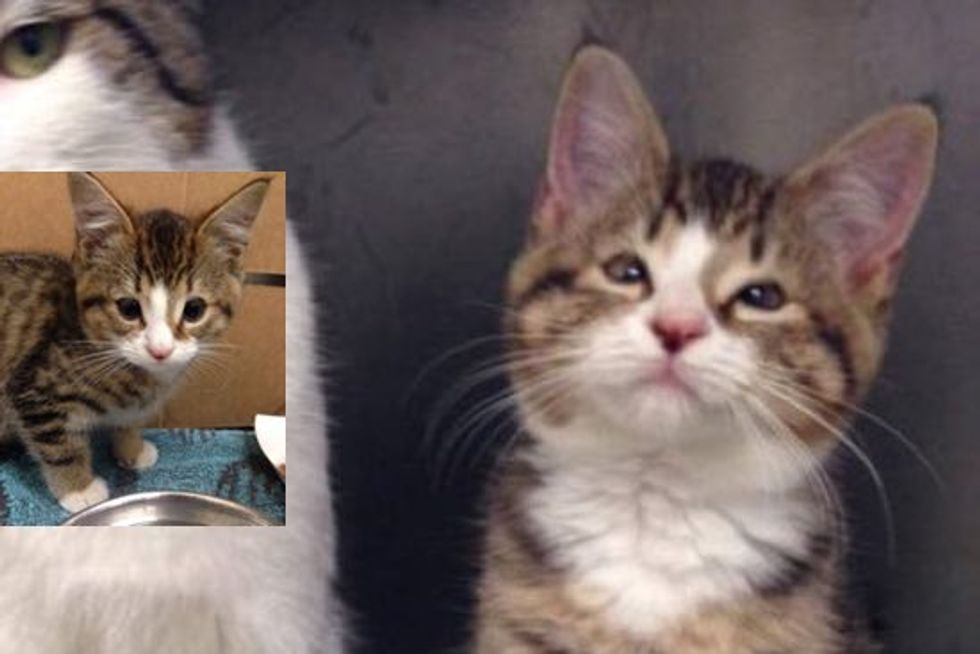 Phil the kitten who was born without upper eyelids is able to see with new eyes after life-changing surgery that helped him save his sight..

This brave little kitten was born with a condition called Agenesis which makes it impossible for him to blink. Without the surgery, constant irritation brought on by dry and itchy eyes could lead to ulceration and, eventually, complete blindness.

When Phil came to MSPCS’s Boston adoption center, he was such a joy to everyone at the shelter. "I was immediately struck by Phil's personality… Even though his lack of eyelids caused painful irritation, he was still a typical and playful kitten. We were eager to get him back to Angell (Animal Medical Center) where we knew he could get the operating he needed to save his sight," said Alyssa Krieger of MSPCA's Boston.

"A cat's upper eyelid is very similar in form and function to the tissue in their lip,' Dr. Martin Coster from Angel Animal Medical Center said. "By taking some tissue from Phil’s lip and attaching it to the muscles that enable him to blink, we can, in effect, reconstruct his missing eyelids."

While Phil was at the adoption center, he met Vixen the cat. The two became best friends and can't be separated.

On Jan 8, the shelter shared the news at Facebook that Phil the kitten had been adopted along with his feline bestie, Vixen. "Phil and Vixen are now at home!"

Meet Phil, a homeless kitten, who was born without upper eyelids. He got a life-changing surgery that helped him see again.

Phil is a brave little guy with an infectious personality.

While he was at the adoption center, he met Vixen the cat. The two bonded and can't be separated.

WATCH VIDEO: "Vixen and Phil were separated for weeks while Phil was recovering from his eye surgery. We couldn’t put them together for fear that Vixen would try to groom Phil just after his sugery. But as soon as the two were reunited...THIS happened!"

On Jan 8, Phil and Vixen went to their forever loving home together.