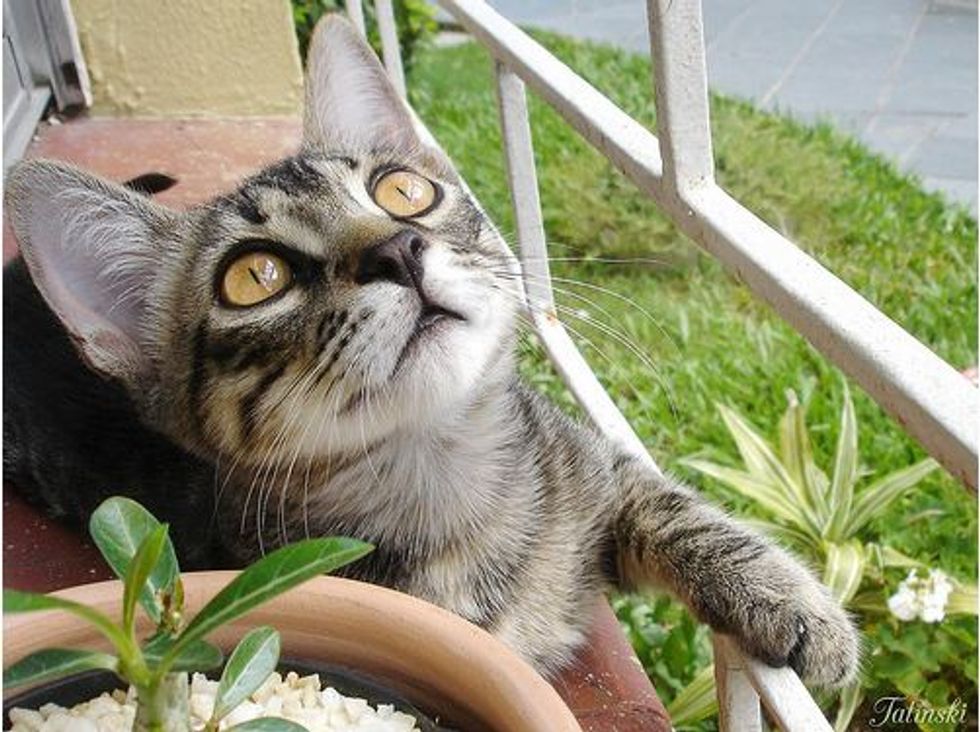 Giane Portal spent several years trying to rescue a family of feral cats. The living condition for those cats was dreadful. More and more new cats emerged because the mother cats kept reproducing.

Giane found Narizinho, a younger mother cat in the same spot where she gave birth to a litter of kittens the first time. "Fortunatelly, she was in such a state that LET ME rescue her! But the babies were in a place I couldn't reach because it was on private property. So I had to ask to one of my neighbors to jump on the high wall and rescue the babies for me," said Giane.

Giane brought all the kittens home and had the mother fixed. "Among the babies that came to my house one day after they were born, there was a little one called Kal-el."

"He was such a cute boy, from the very begining. But I noticed his back leg didn't work properly when he started to walk. So I thought it could be something neurological or something else in his muscles. I had this idea and started massaging his leg, gently applying some stretching exercises to it. Gradually Kal-el's leg improved, though it is not 100% normal."

Giane found homes for all the rescued kittens, including Kal-El who is now living with Tatiane Noviski and his tuxedo buddy, Kitty.

"It was very sad to let him go, but that's the life of everybody who works with rescues and fosters. Anyway, it made me happy to know that he was going to a wonderful family that would care for him the best way possible!"