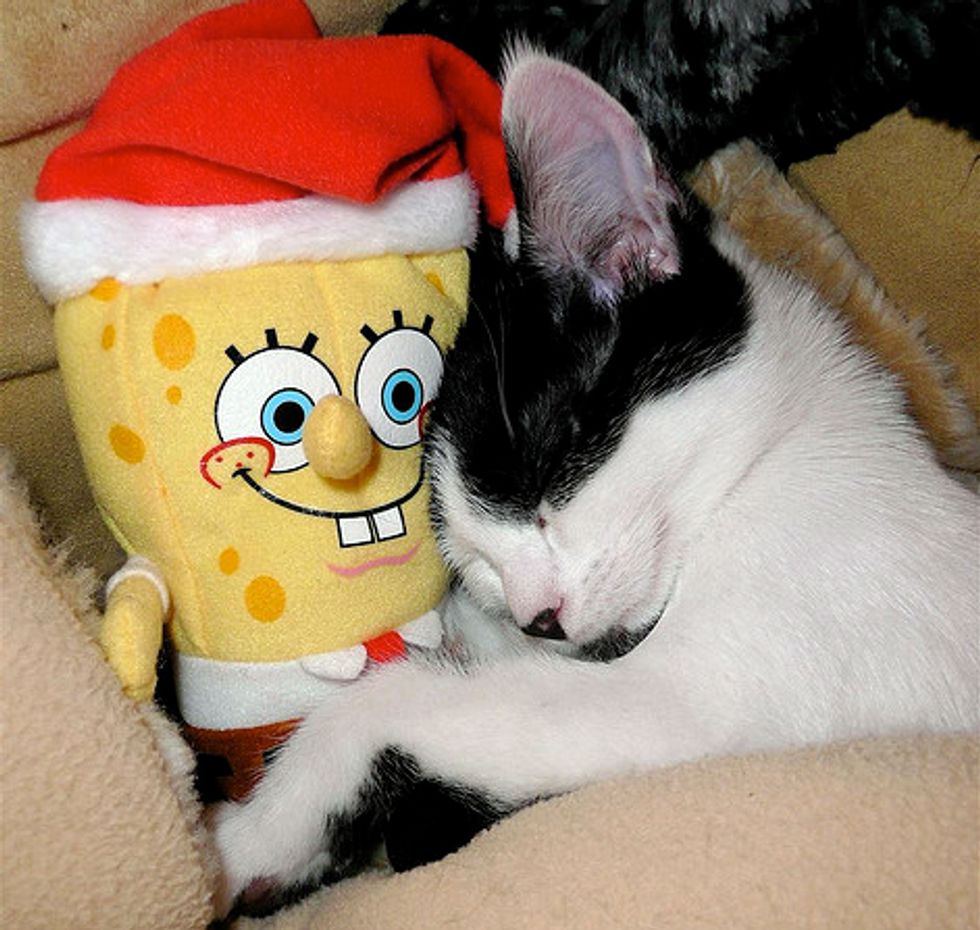 Kiko the kitty lives with three furry buddies in a family that she joined three years ago. She was found by Lori Erickson at a local animal shelter where Lori fell in love and soon later she brought the little cow cat home. Kiko's new journey began.

Kiko stayed separately from the other three cats before she was fully integrated into the kitty tribe. When she was not playing with Lori's hands which were her favorite "toys", she tried to catch her own tail and wrestle with it. Lori got her many toys, but Kiko started ripping them apart with her teeth.

The other three cats gradually got to know more about their new sister. Though Jasmine and Indy kept their distance and hissed at her by any means necessary, Mooki really enjoyed her company and played with her a lot. Even so, Kiko sometimes was simply too much to handle and Mooki found the need to get away once in a while. "He has his escape routes and high up places she can't get to - yet."

Mooki gives Kiko a morning bath every day. It's their own little ritual. Sometimes he will repeat it 3 times a day and she will give him a few licks in return.

When Kiko was adopted, she only weighed about two pounds. Today she is bigger and stronger and is a very happy kitty who has a big family that loves and adores her.