Kitten Born Blind Proves to Those Who Didn't Believe in Her, She Can Do Anything Like Other Cats

A litter of kittens were found orphaned, huddled up to each other in a feral cat colony early this year. 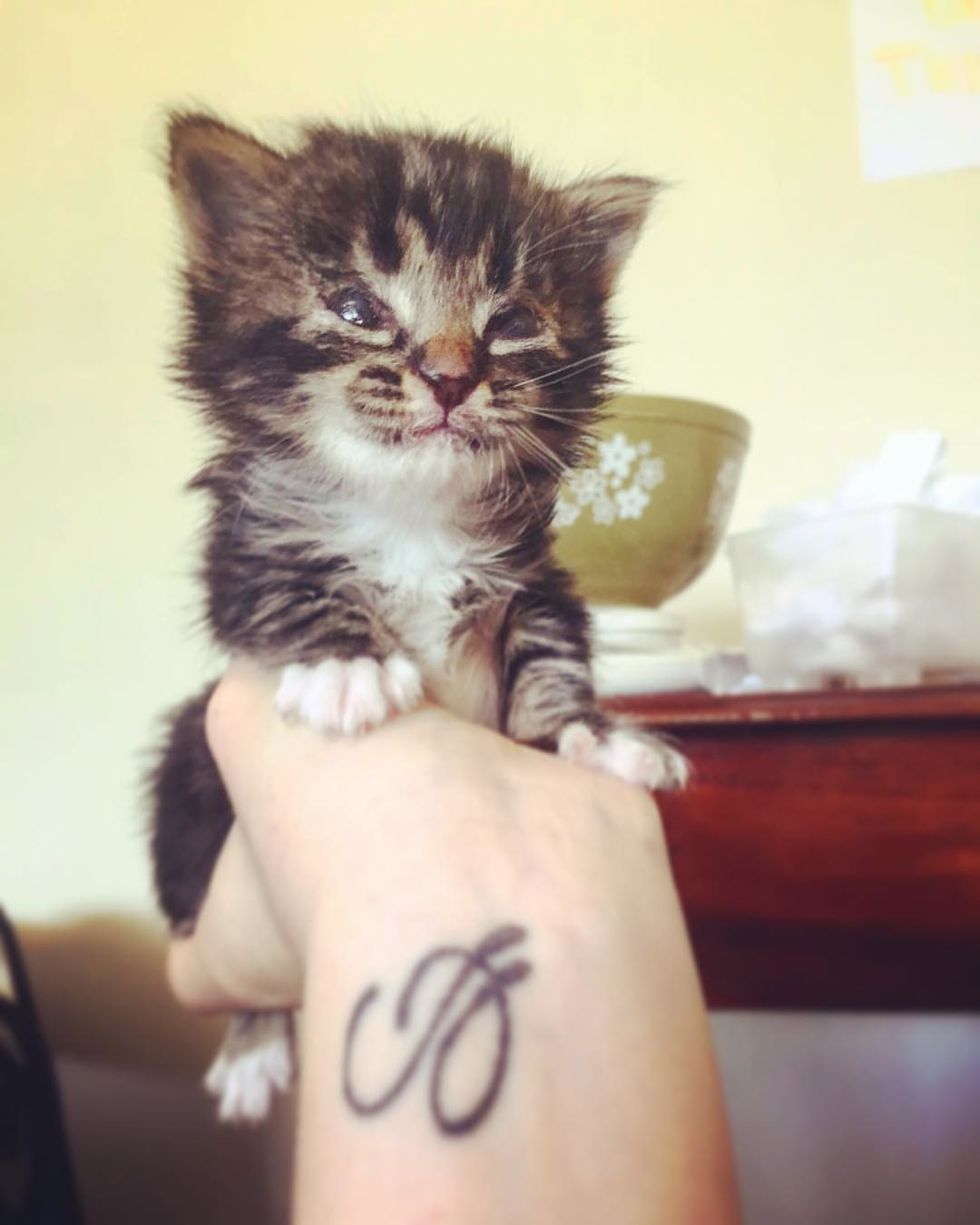 Julia, a volunteer of Paws and Claws Adoptions in South Australia, got a late night call about the kittens needing rescue. "I drove an hour to their location and immediately realized that they were in bad shape," Julia told Love Meow.

The kittens were around 10 days old, dehydrated and covered in fleas and dirt, struggling to survive. Julia took them home, washed and fed them, and brought them back from the brink.

After their eyes fully opened, Julia noticed that they were cloudy. It was then they discovered that all four of the kittens were born with eye abnormalities and would need surgery when they were big enough. One of them, Nina, was blind due to being born without retinas and upper eyelids.

But nothing could slow her down. "She was always the most confident of the litter, with a whole lot of attitude. She was a little escape artist, often running out of her pen when I was distracted," Julia said. 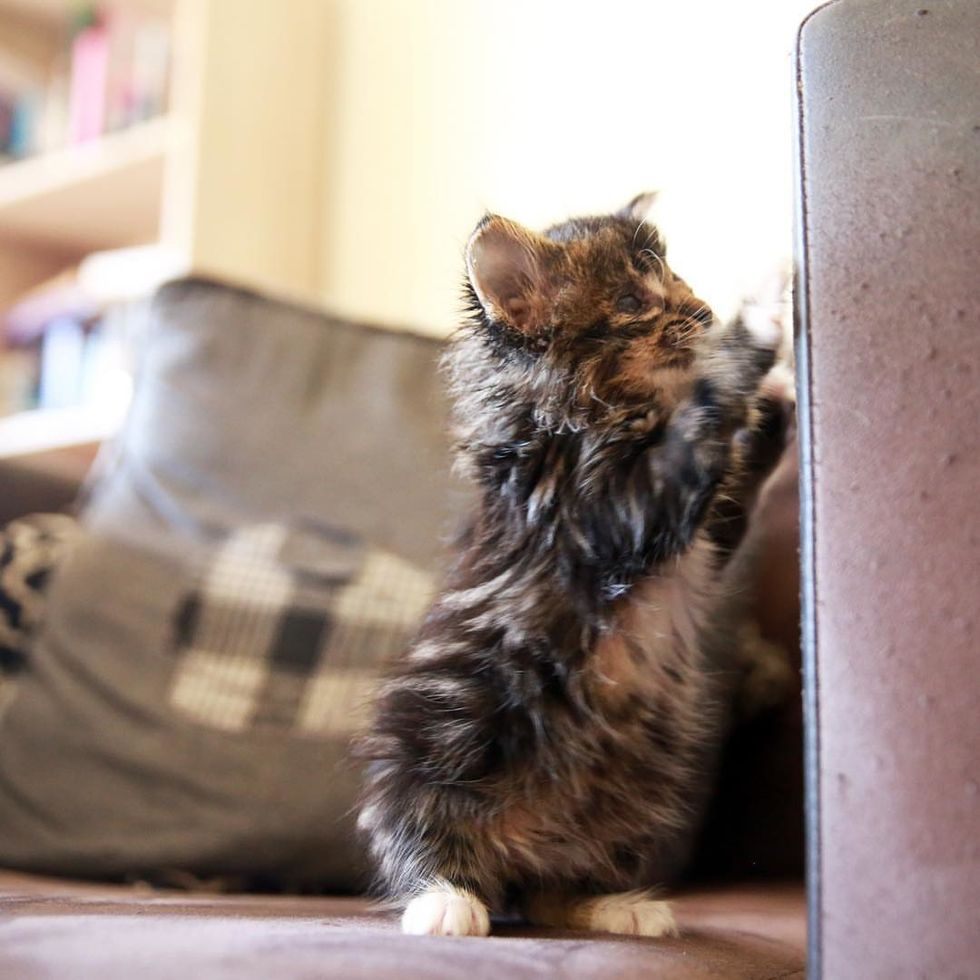 "It wasn't until she was about three weeks old that I really knew for sure that she was blind. She didn't respond at all to visual cues but was always very good at hearing things."

While her siblings (Alfie, Edward and Winry) were coping well with their eye issues, Nina's left eye swelled up around four times its size due to congenital glaucoma. At just 300 grams, she had to undergo an emergency operation to have the swollen eye removed. 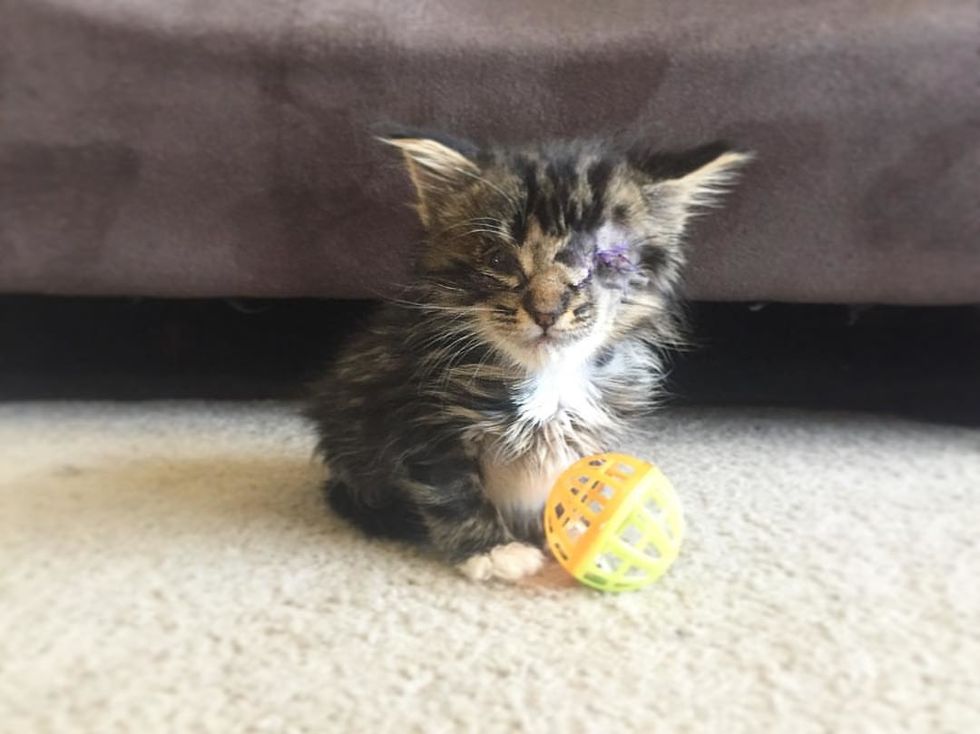 "The vets warned that she was at higher risk due to being so tiny and that considering she was blind, her quality of life would be inhibited. But Nina proved everyone wrong," Julia told Love Meow.

"She came out of surgery an even more confident and happy cat. Her other eye was removed when she was nine weeks old due to risk of infection. But she doesn't know any difference." 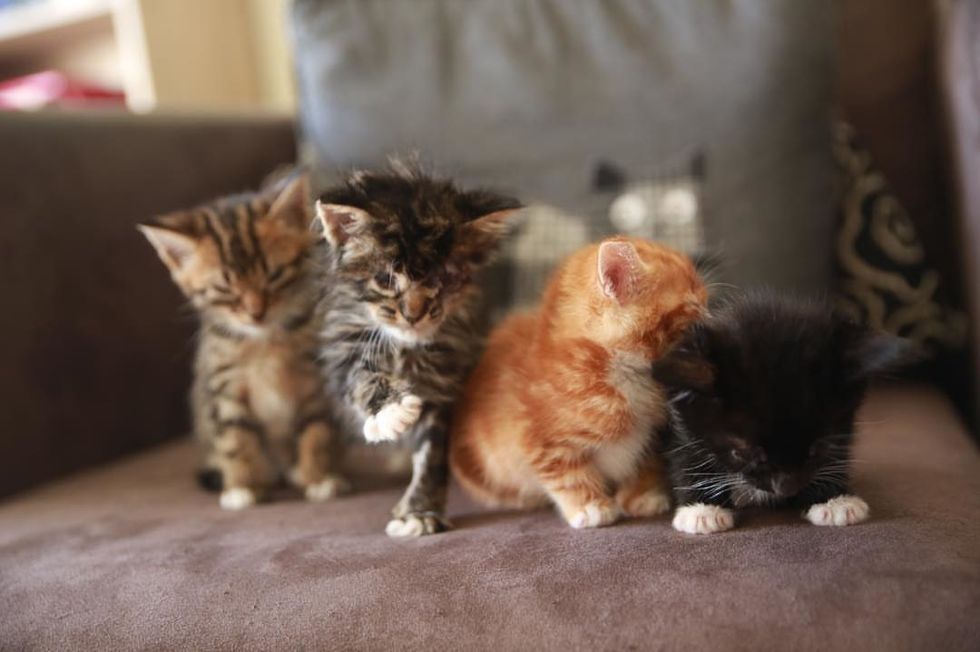 Nina spent most of her time with Julia after surgery. "I was so worried that she wouldn't make it but she did. I was meant to be taking care of her while she recovered from surgery but really she took care of me."

Around that time, Julia had just been through a breakup. "She helped me recover. Her purr would lull me to sleep when nothing else could and when I cried, she would wriggle her beautiful fluffy body around my face as if to say, 'It's ok mama! You got me.'" 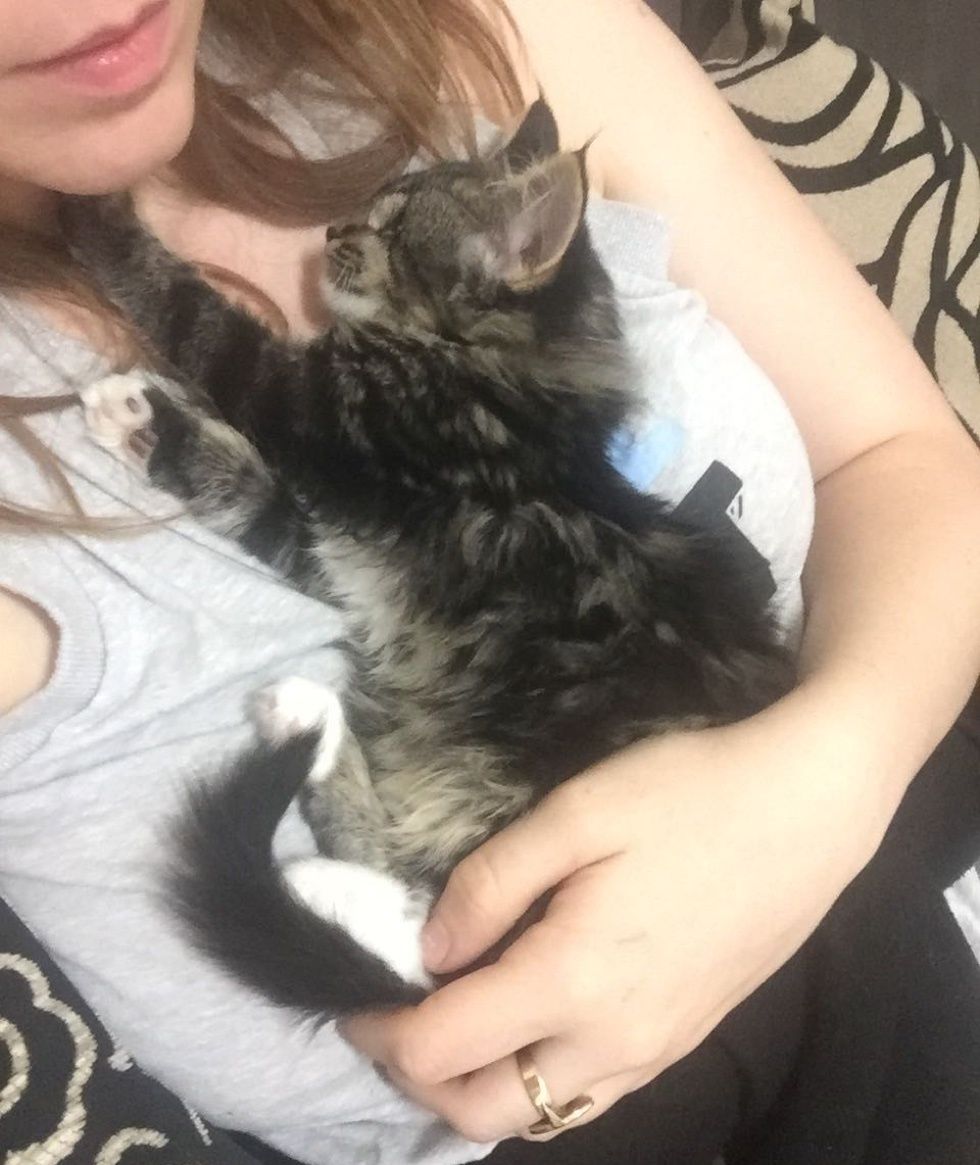 Nina became very attached to Julia. "After that, we were so bonded and I knew her home was with me."

Watch Nina's journey in this video:

Now at eight months old, Nina and her siblings have fully healed (and adopted) and grown into gorgeous cats.

The fluffy tabby girl, who has never known sight, can navigate around places like a pro in her own unique ways. 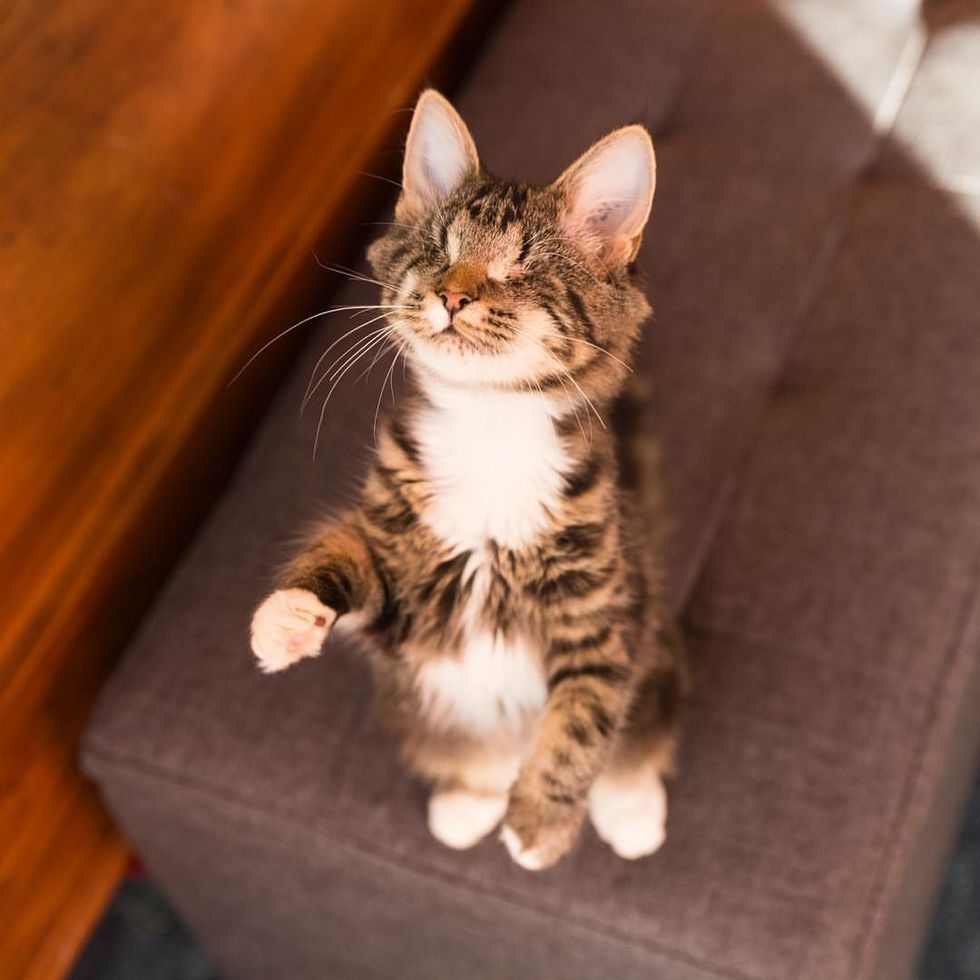 "She gets around just fine using all her other senses but especially her hearing and sense of smell," Julia told Love Meow.

"She runs around the house and jumps on the furniture just like any other cat. She's so competent that I often have people ask if she's really blind." 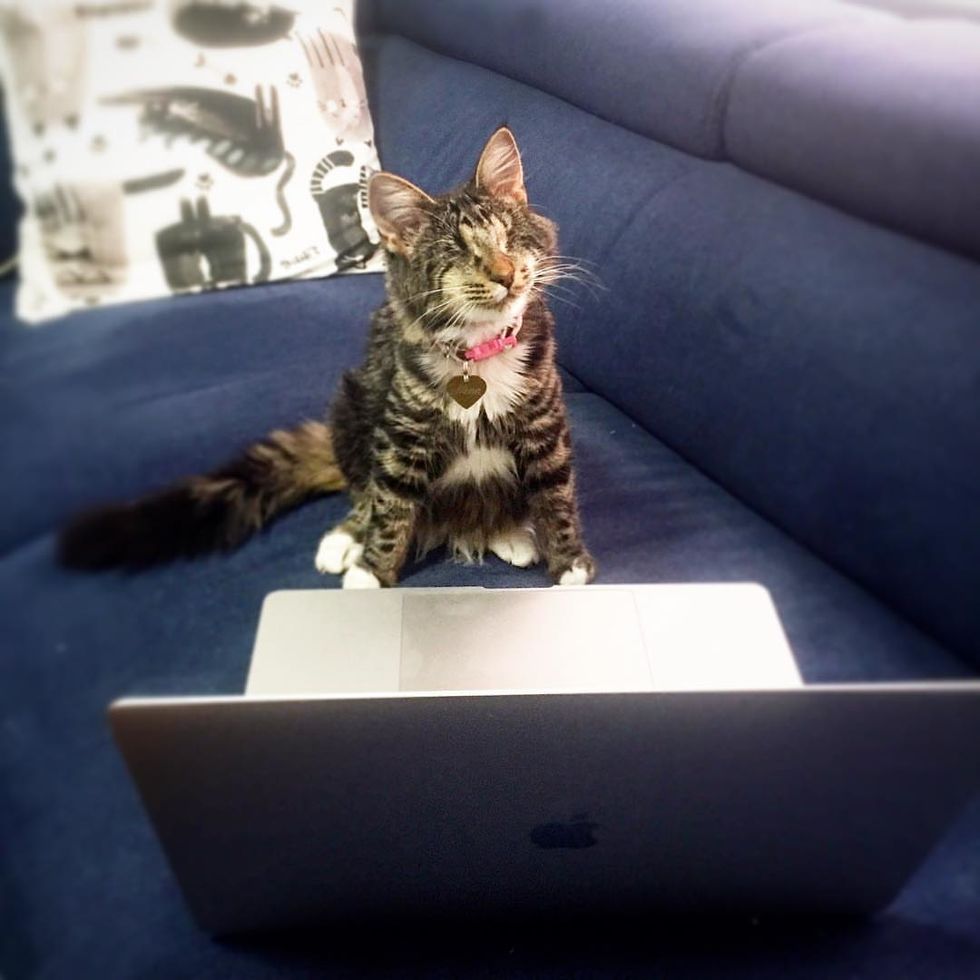 The sweet kitty is a people cat and loves to greet everyone that she comes across.

"She comes on adventures on her harness with me to markets, cafes and parks, and we've even hosted a quiz night together," Julia told Love Meow. 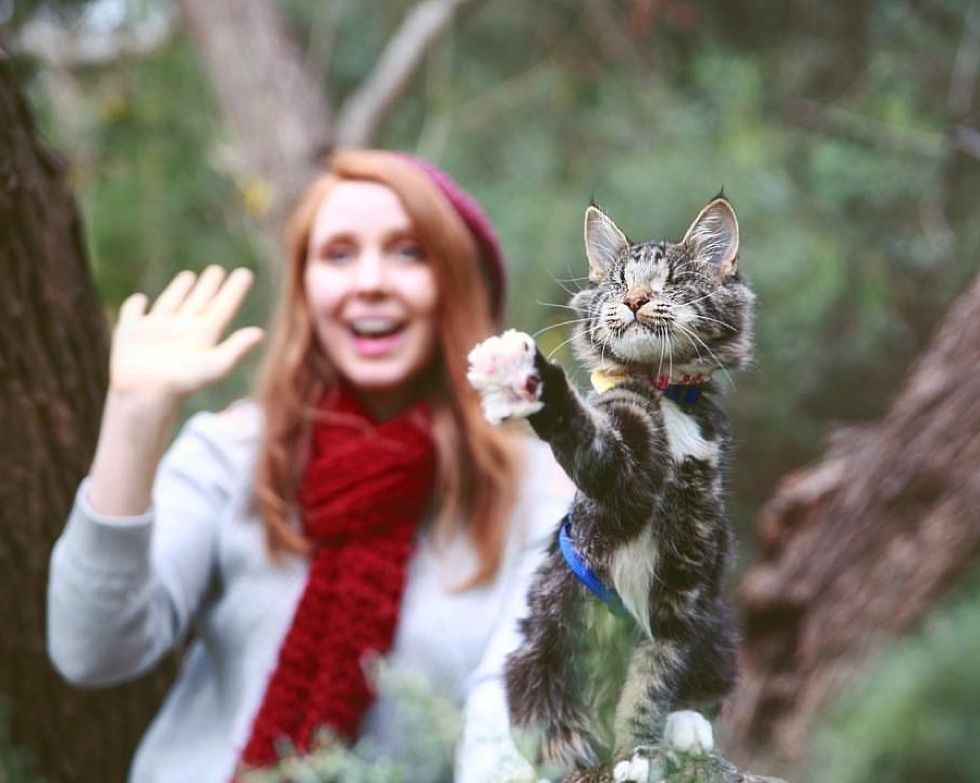 "She just takes everything in her stride and is so calm in every situation. She has so much love and gets so much enjoyment out of everything she does that her positivity is just so infectious," Julia said.

"She's an incredibly happy little girl who loves to ride on my shoulder." 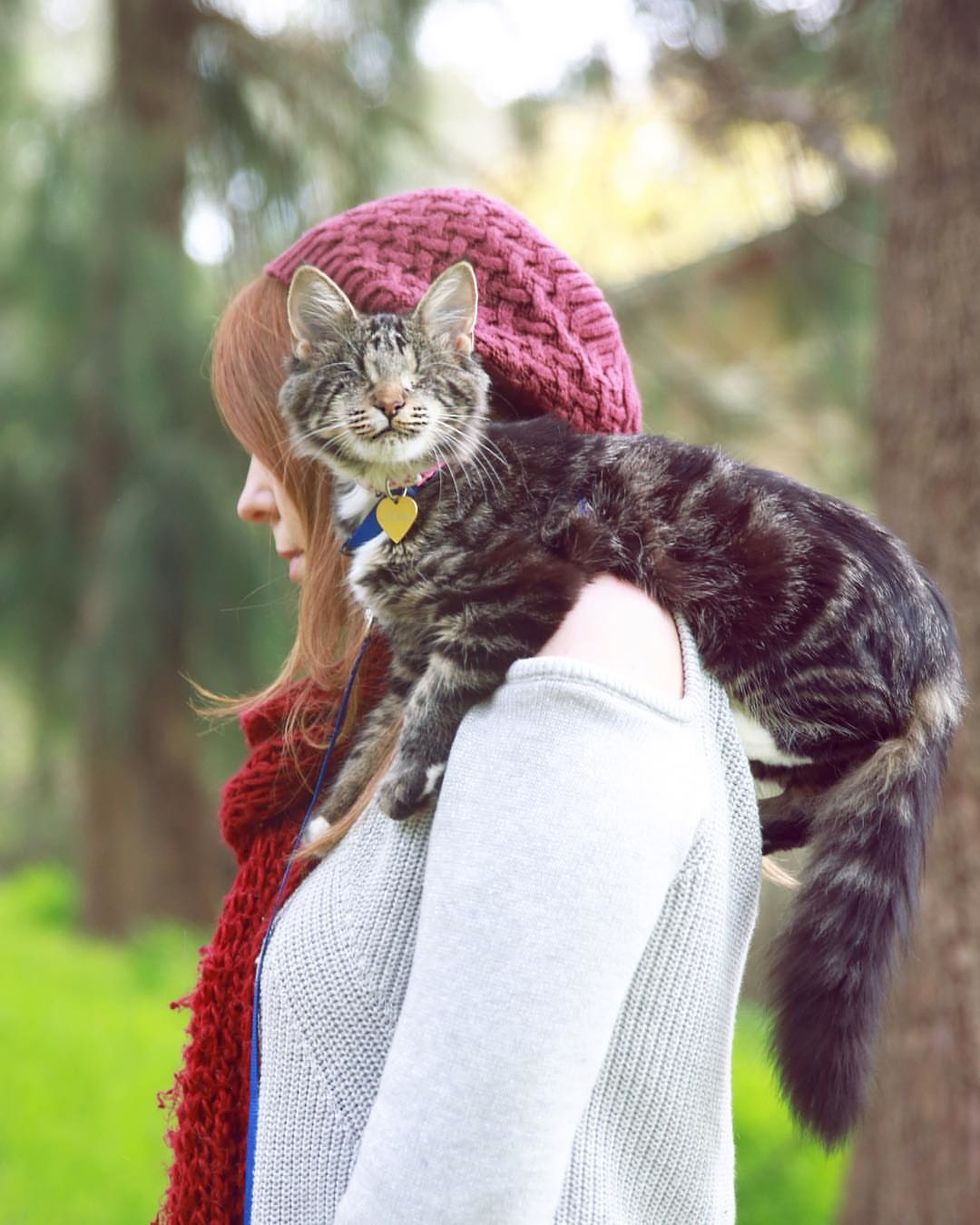 Nina adores her brother Edward who has a few neurological problems, and they will stay together forever.

"Edward is another special needs cat who is here to say that just because you are different, doesn't mean you can't have a great life!" 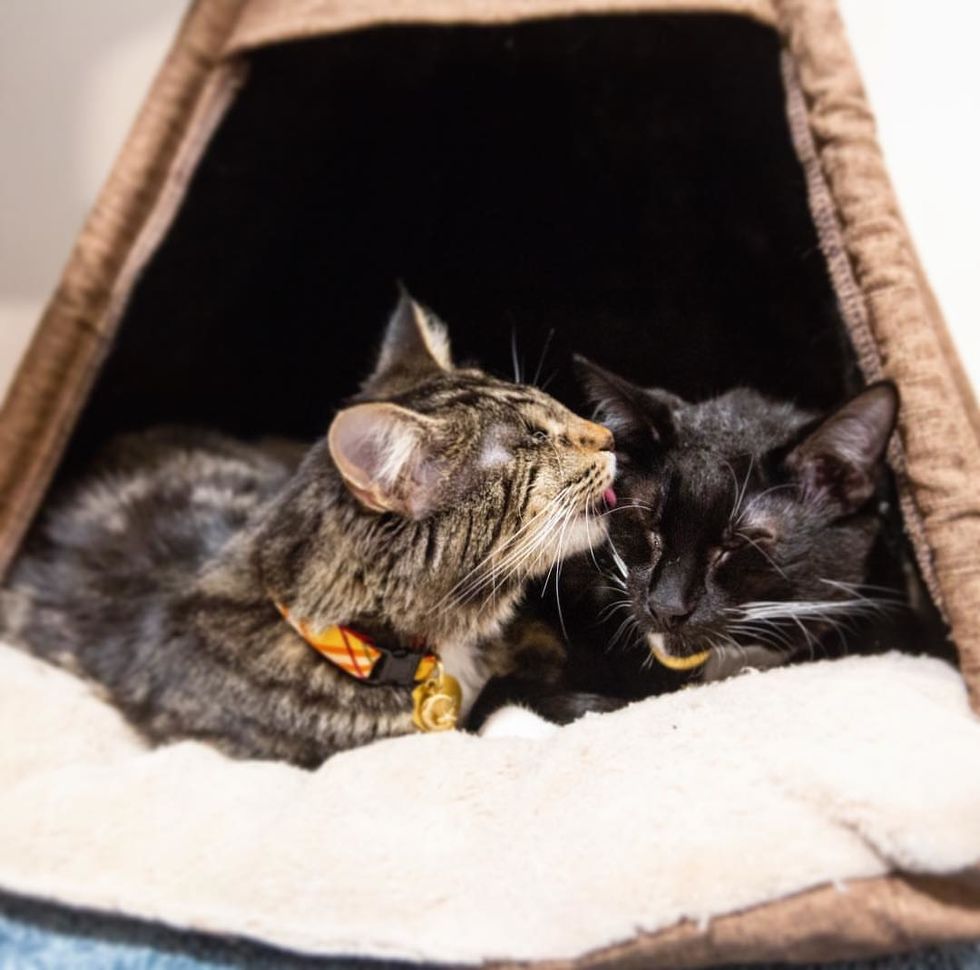 Nina has shown everyone how capable she is despite being blind.

"She is not fazed by anything. She is constantly surprising and inspiring everyone she meets with her absolute fearless nature and sweet constant purring," Julia said.

"She's become such a beautiful member of the family. I'm glad she's found her place here!" 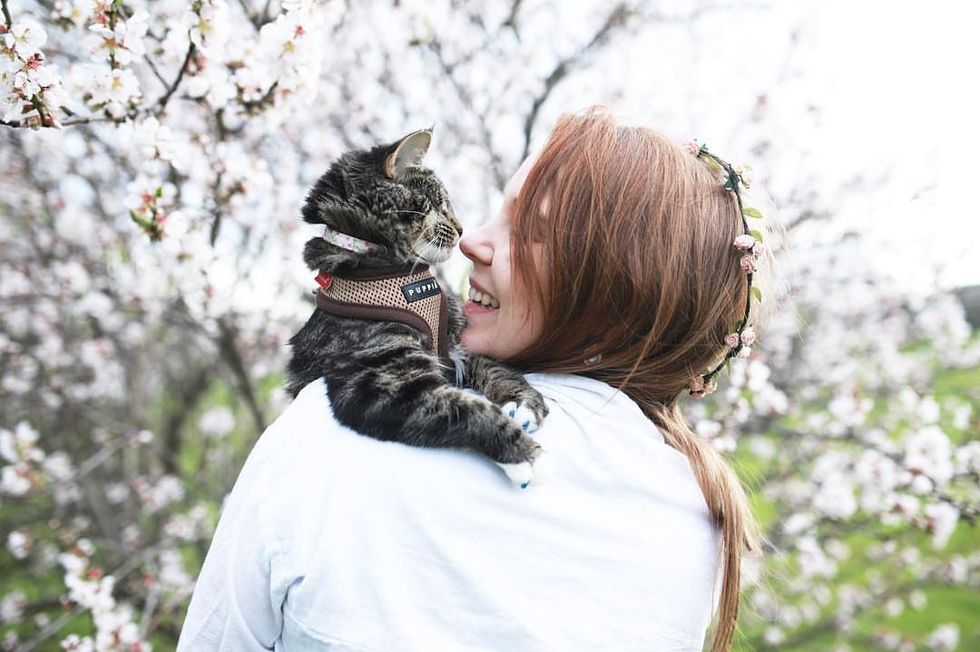