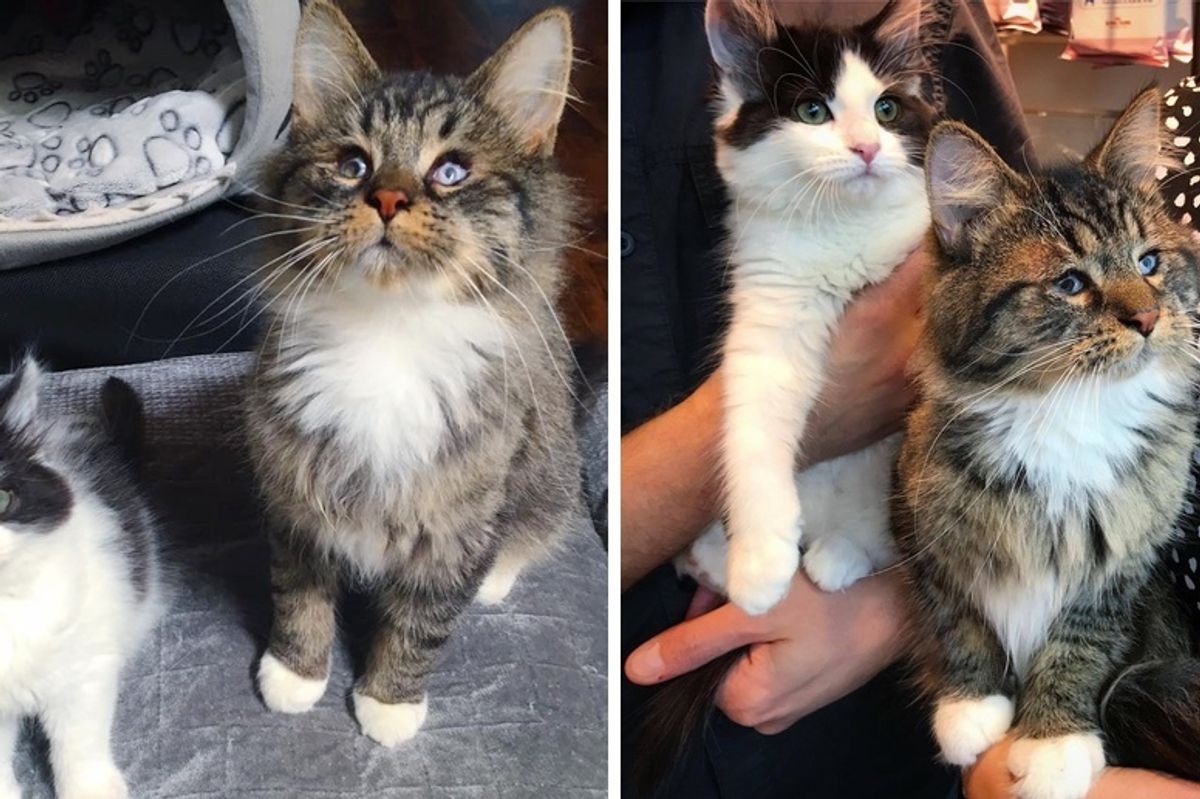 A rescued blind cat met a tiny kitten who had been left behind by her mother. They both had a rough start to life.

When they found each other, the sweet blind kitty followed the kitten around everywhere she went. 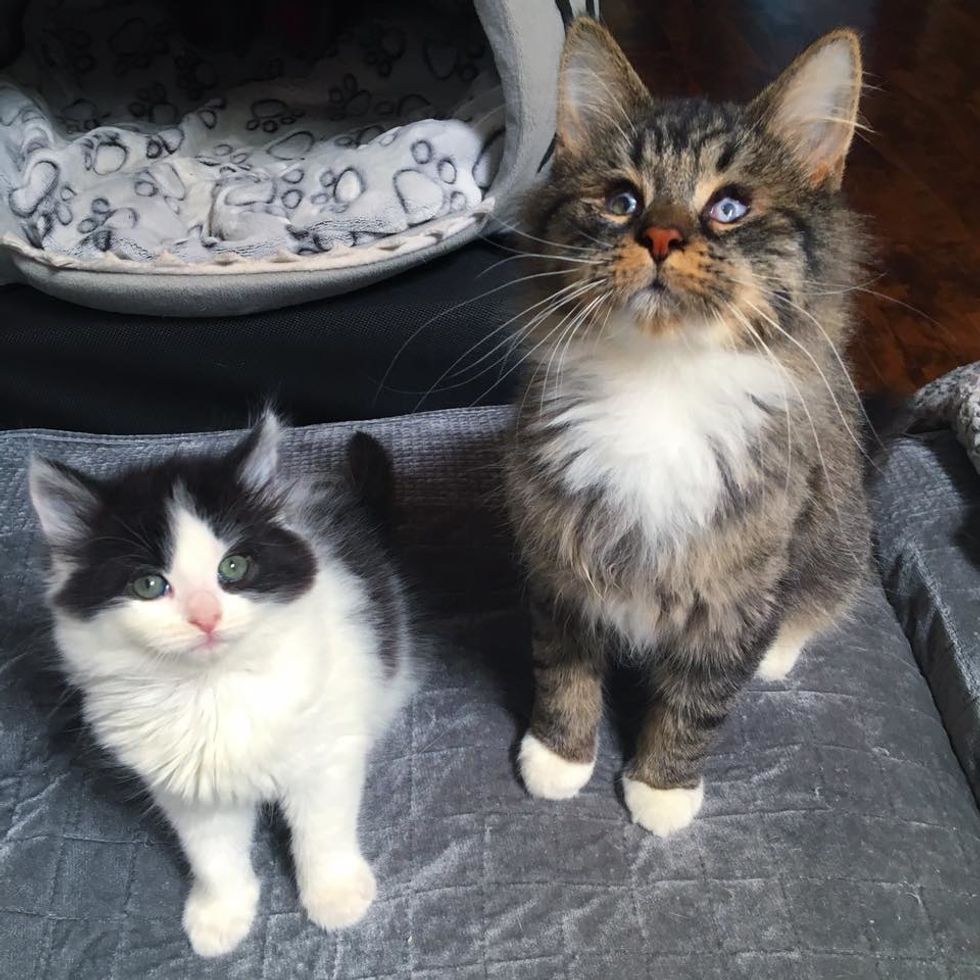 Taffy the tabby was picked up from the streets with a severe eye infection which caused one of his eyes to go blind and the other to lose most of its vision. He was taken into a shelter in Ontario, Canada. Every day, he craved attention and snuggles from his caretaker.

He was later transferred to Chatons Orphelins Montréal (COM), a rescue group in Montreal, Canada, in hopes of finding a good home.

"Taffy tried to get out of his carrier as soon as he arrived. He made the tiniest sounds asking for our attention," Celine Crom of COM shared with Love Meow. 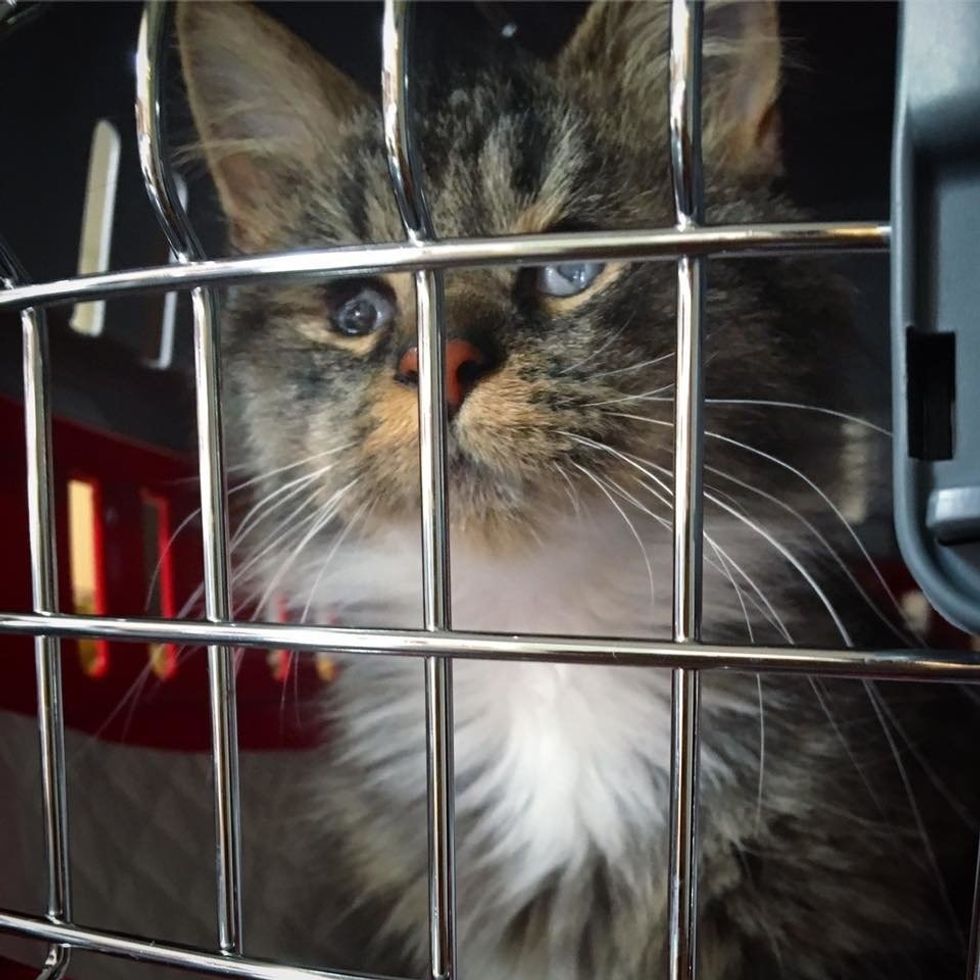 While he was in foster care, another kitten came along.

A 5-week-old black and white kitten was found alone on the streets of Montreal. She was left behind by her cat mother. A kind-hearted woman brought her to the rescue group so she could have a chance at a better life. 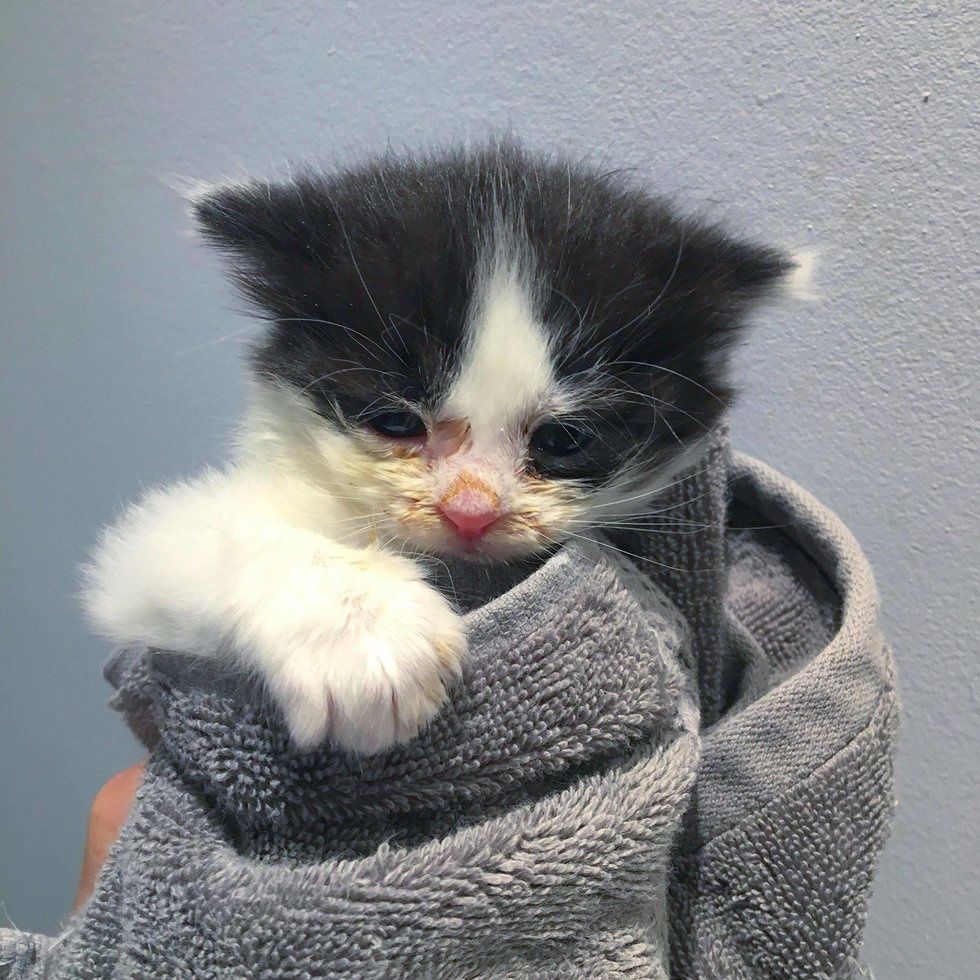 They named her Bettina. "The kitten was dirty, her eyes were infected, and she had worms and parasites in her belly," Celine told Love Meow.

They nursed her back to health and she regained her appetite. For the first time in her life, she felt full. "She loves to eat and will plunge her head into the bowl of patté without hesitation." 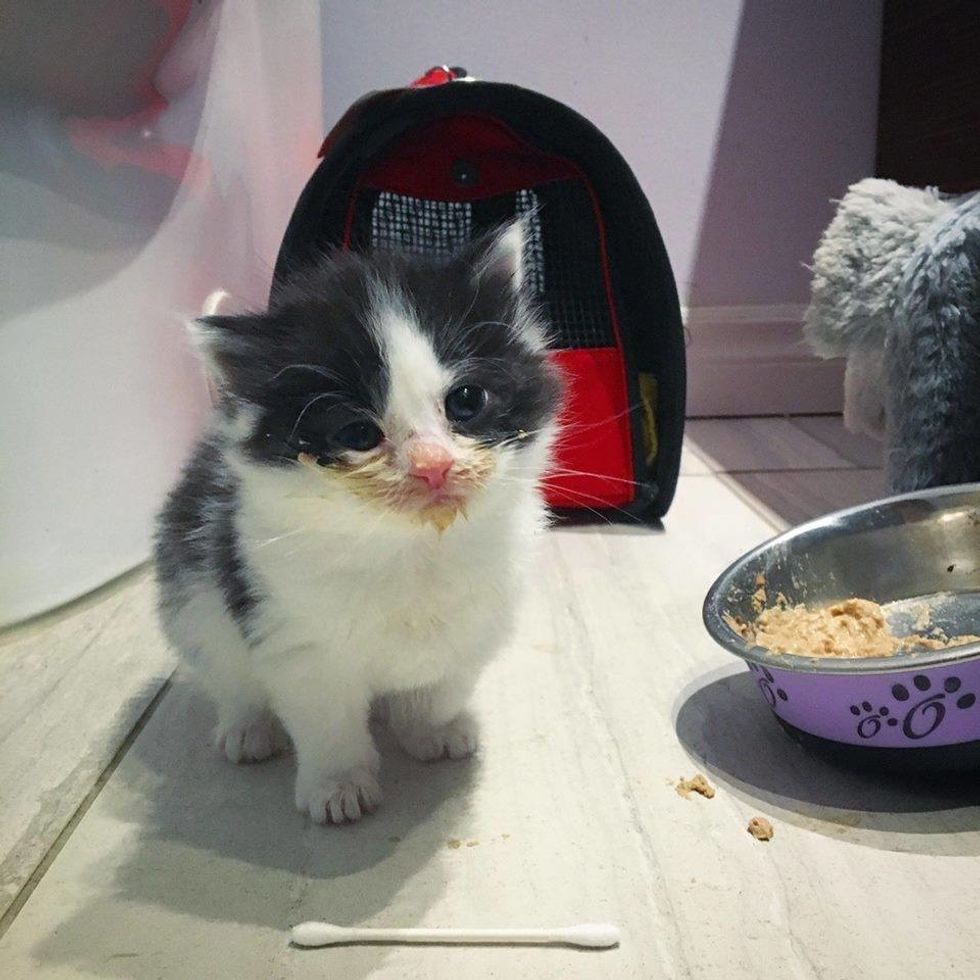 When foster mom Nadia introduced little Bettina to her new friend Taffy, the sweet blind kitty was very curious about the tiny bundle of fur.

He followed her everywhere she went as she jumped, ran around the room, playing with toys. He was intrigued by all the new sounds Bettina made. 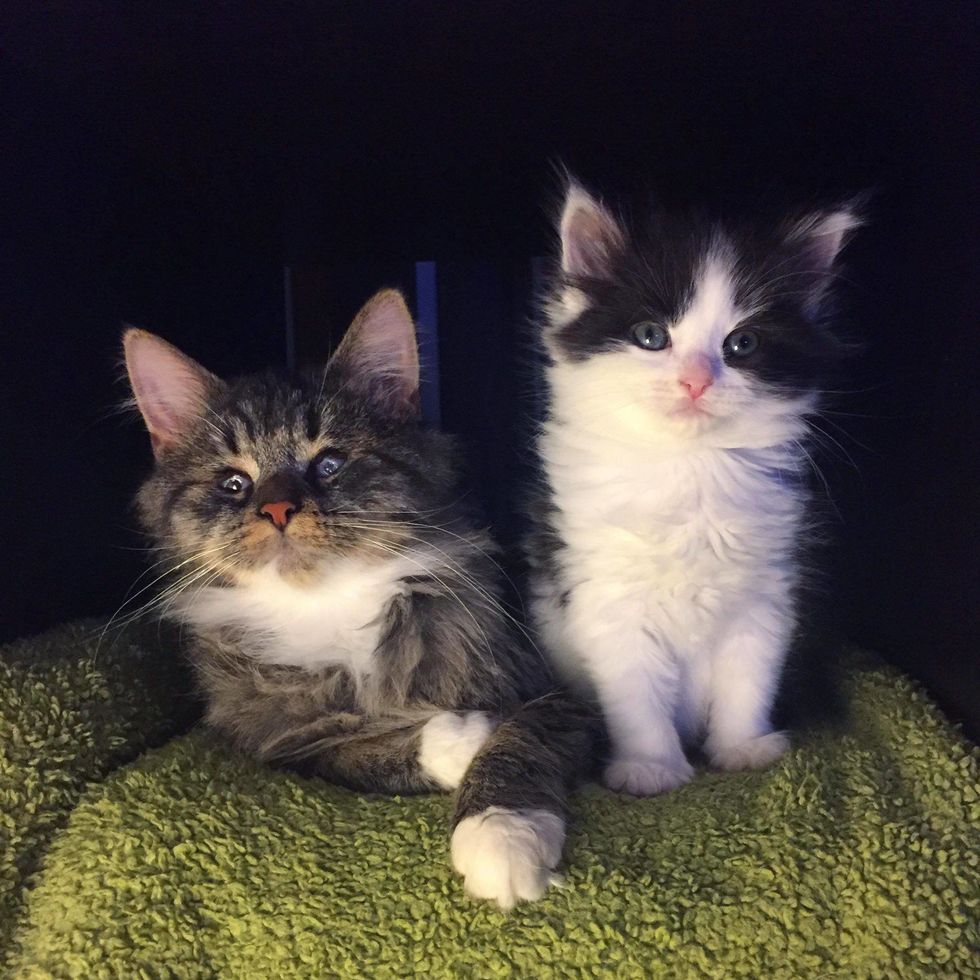 The two quickly grew closer and closer. Soon Nadia found them cuddling with each other during nap time.

Taffy became much more active with his best friend around. They did everything together and Bettina would lead him to new places and new adventures. 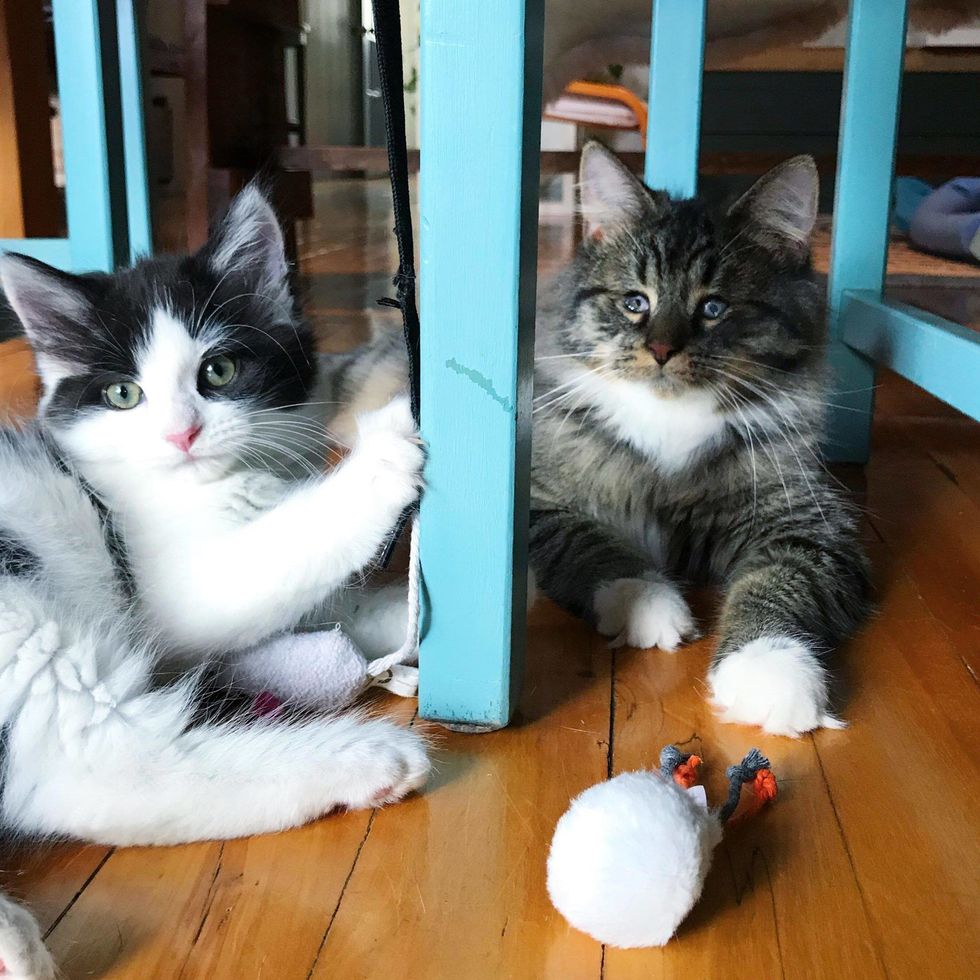 Bettina has become Taffy's little sister from another mother. He adores her and wants her constant attention.

"Taffy wants to have a kitty who can look after him and become his seeing eyes, and Bettina is his perfect match," Celine told Love Meow. 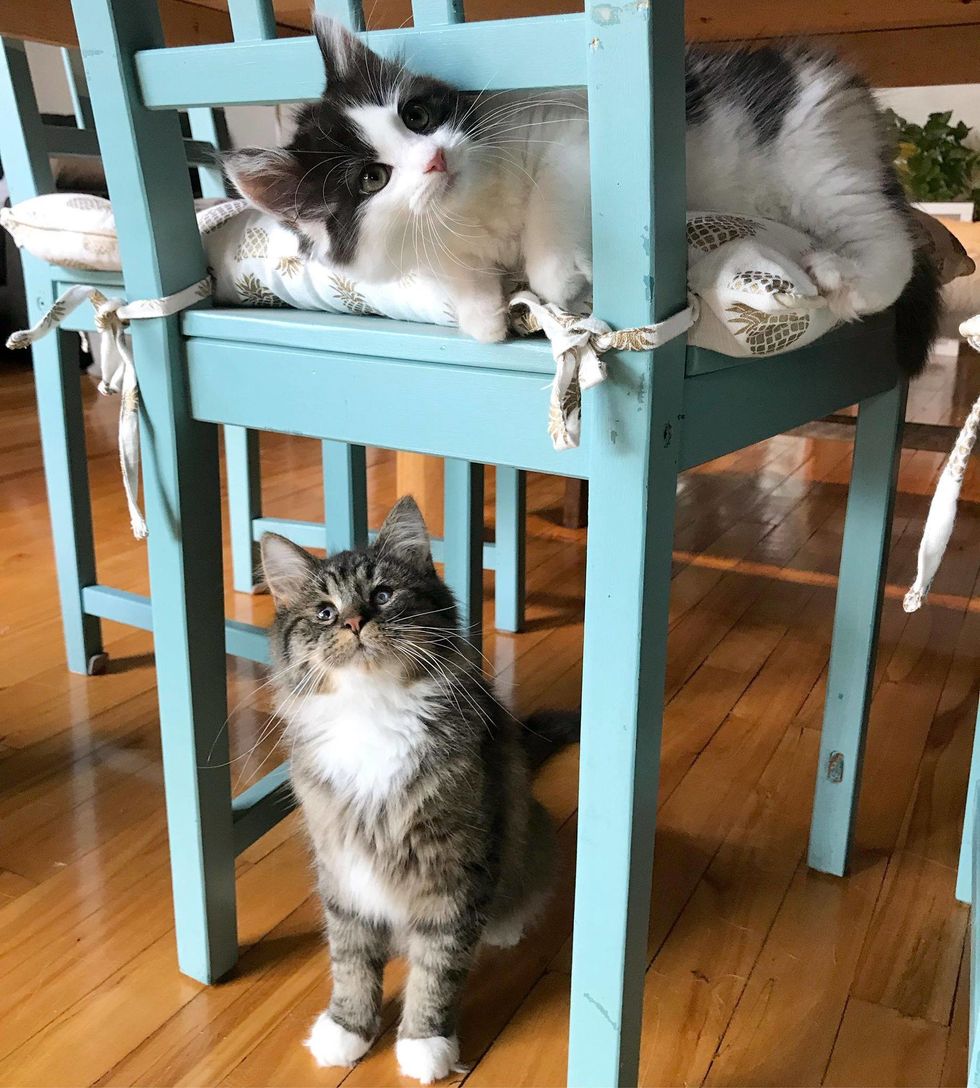 When Bettina was away, Taffy would look for her and seek attention from his best friend. They knew that the two buddies couldn't be separated.

Taffy needs Bettina just as much as she does him. "Bettina helps him 'see' and enjoy life," Celine said.

Last week, the two best friends went to their forever home together! Everyone at the rescue was over the moon for the happy ending. 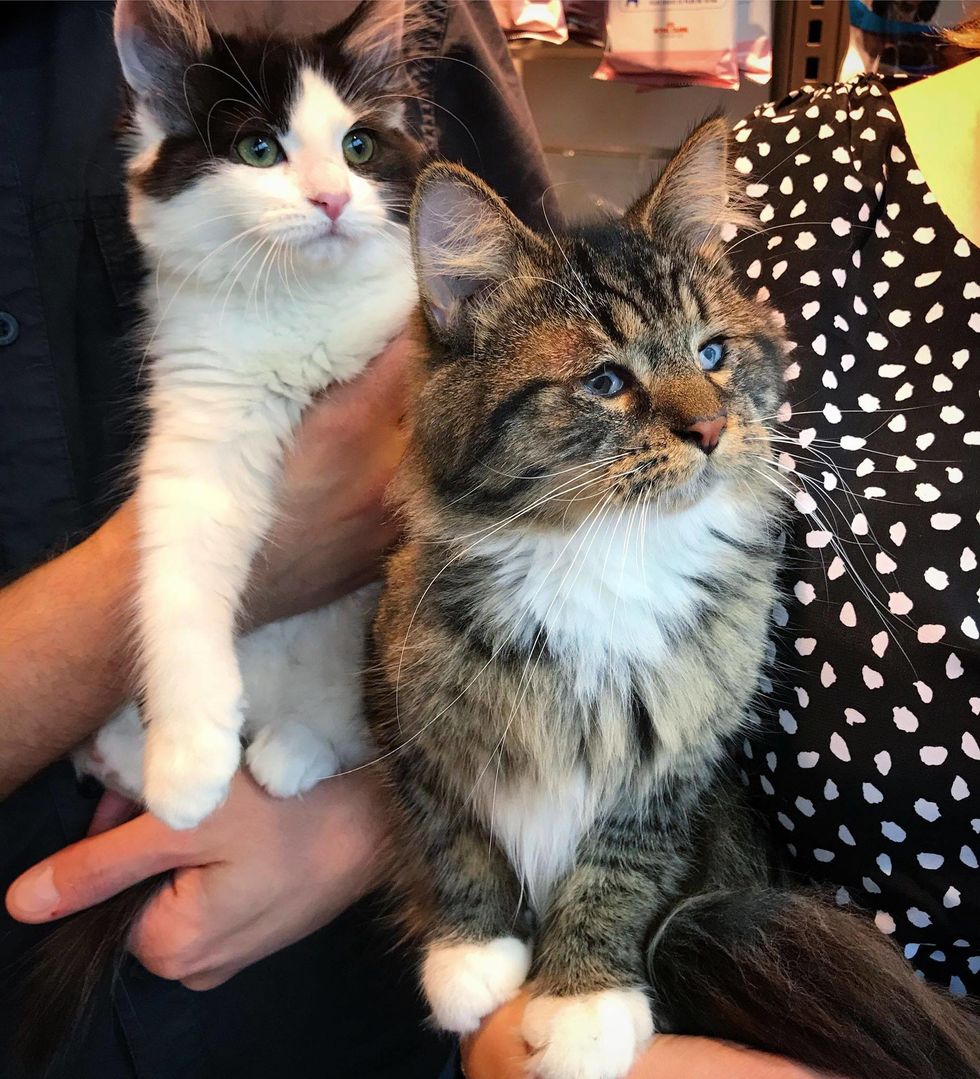 Within a week after they moved into their forever home, they were already cuddling with their new brother Chester. 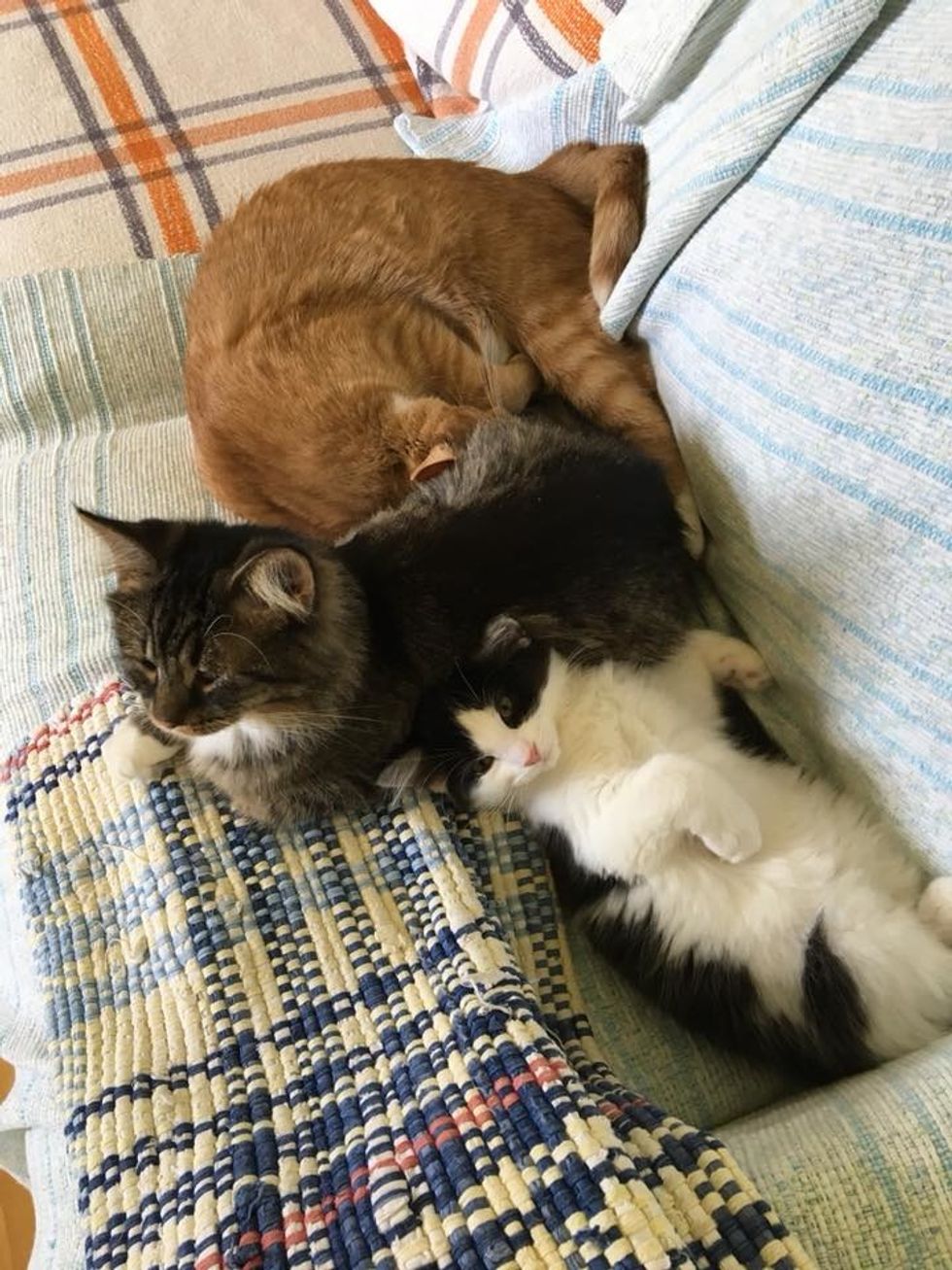