A wobbly kitten cuddled up to his rescuer after they saved him from life on the streets. 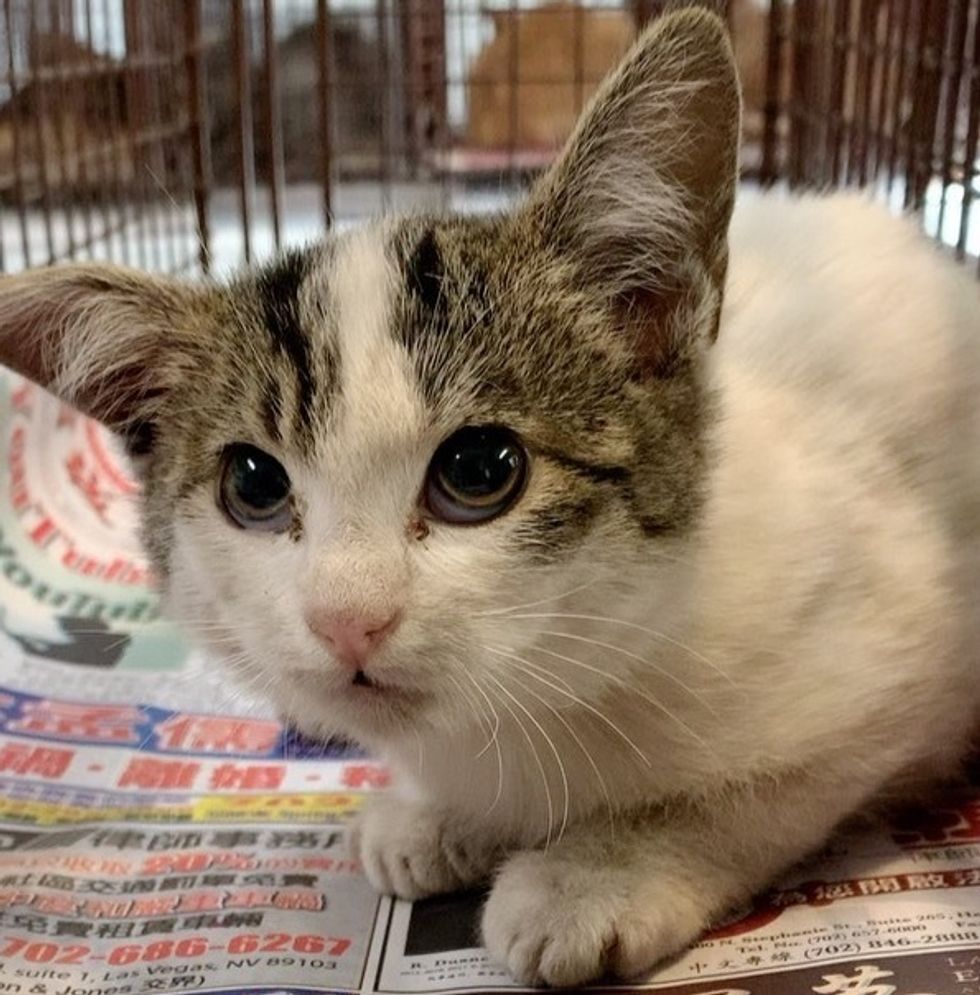 Nikki Martinez from Las Vegas was working on a TNR (trap-neuter-return) project in a neighborhood, when she spotted a wobbly kitten sitting on a porch.

Her husband was able to grab him while wearing a pair of gloves. They also found his siblings and brought them all to a local feral cat clinic to have them spayed, neutered and vaccinated.

The wobbly kitty was the smallest of all and seemed to have a softer demeanor. "His siblings would hiss, spit and lunge at us, but he just quietly hissed but allowed us to touch him," Nikki shared with Love Meow. 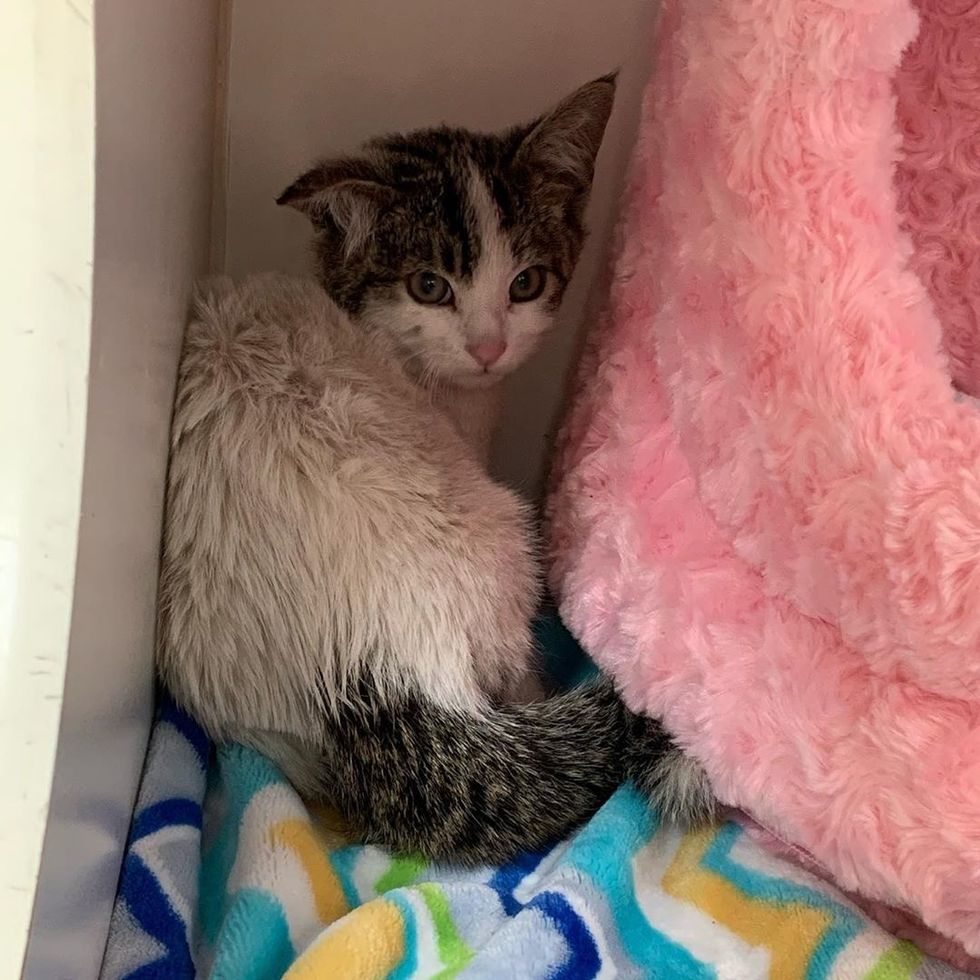 When Nikki came back to check on the kittens, she noticed the wobbly boy was much calmer. She took him out of the crate, hoping he would accept her. "Turns out that once he calmed down, he's very sweet — shy but sweet."

The kitten burrowed his face into her chest and held onto her with his paws. He didn't move at all until he drifted off in her arms. 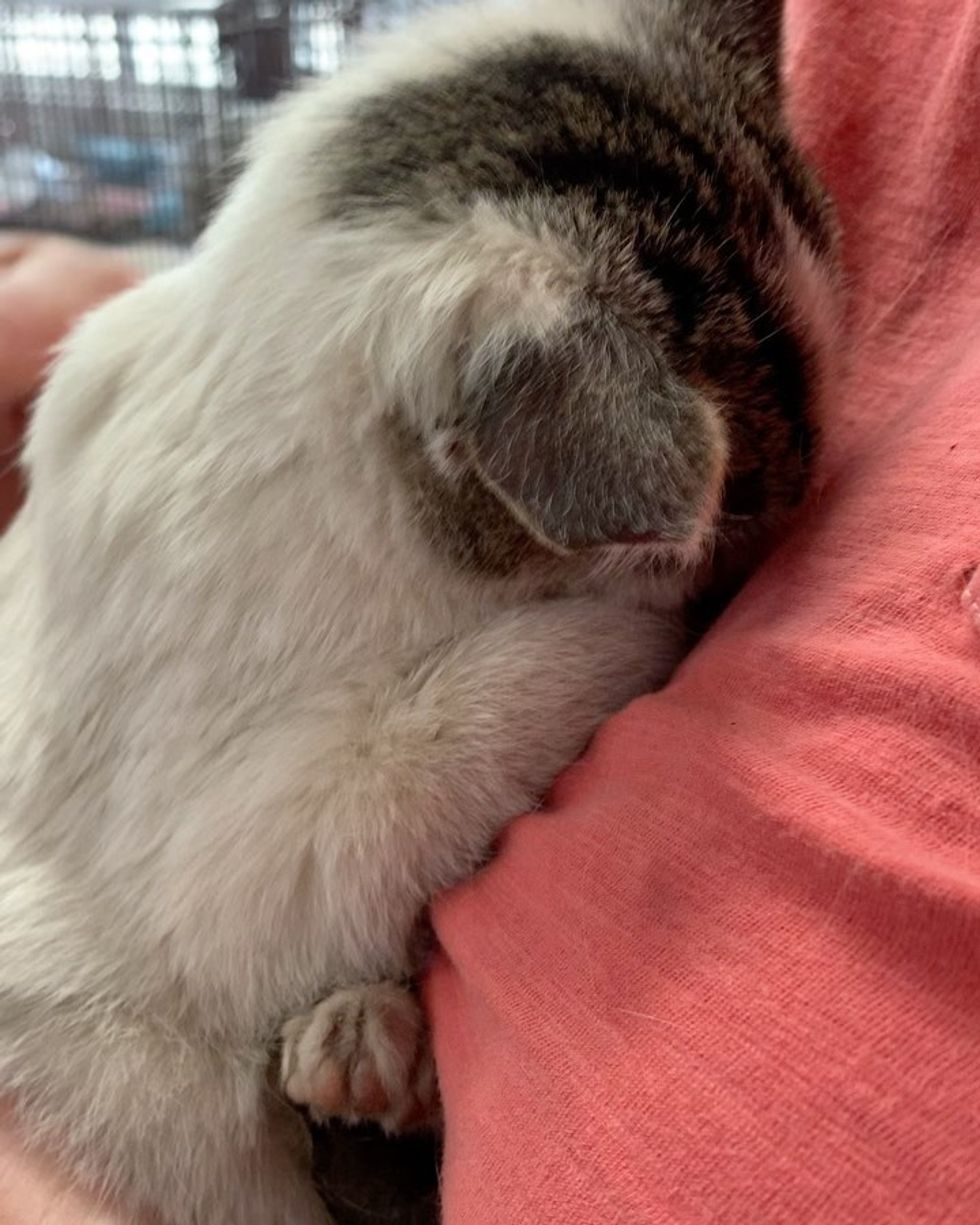 The kitten has a mild form of Cerebellar Hypoplasia. Living outside has been very tough on him.

"I noticed that he had a little bent ear and when I got the chance to examine him thoroughly. He had a large wound inside his ear with a scab," Nikki told Love Meow.

"It looks like he was bit by another cat or some kind of animal pretty hard. That's the problem with having his condition and being outside. He's too slow to get away from any predators and cars passing by." 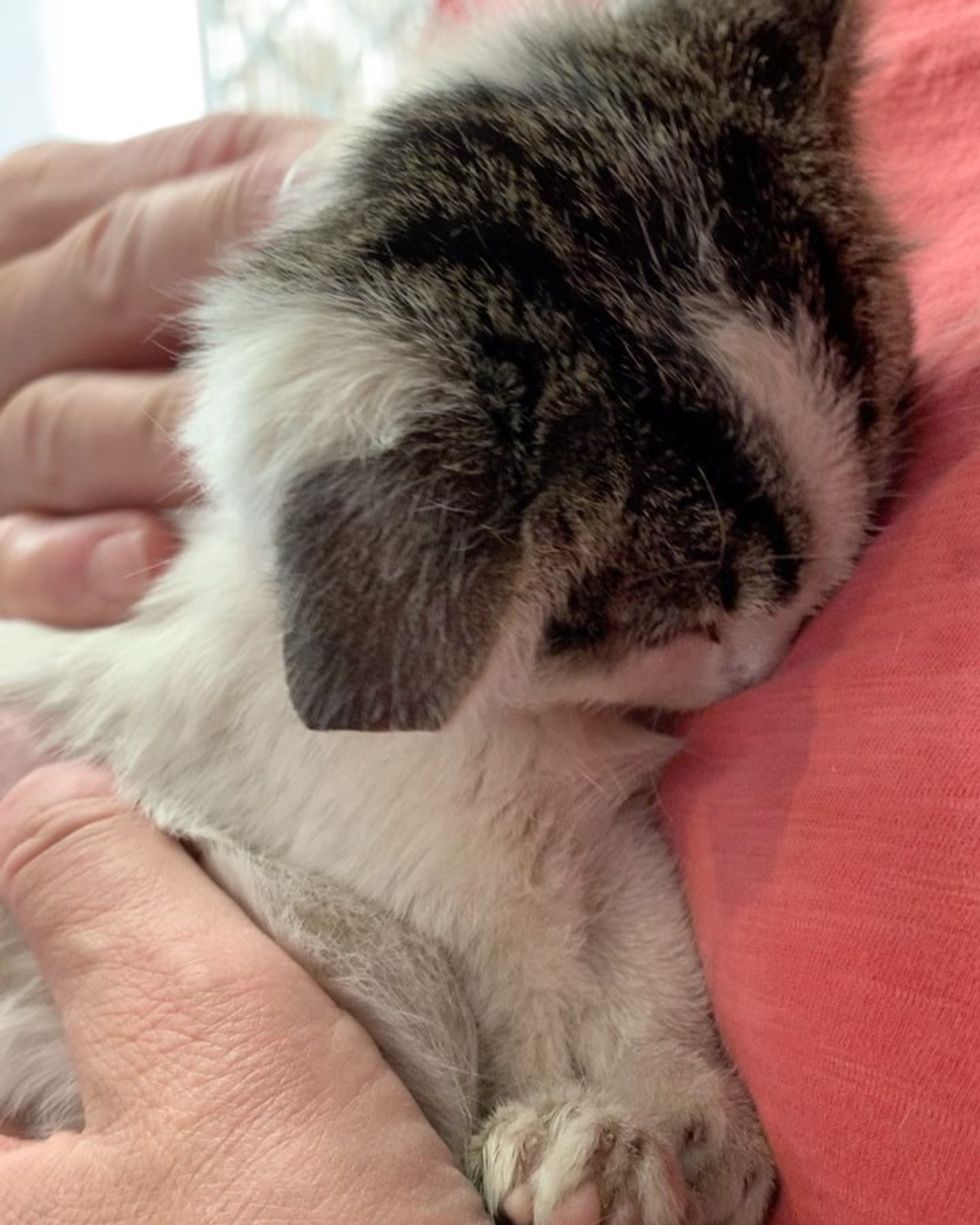 After wandering the streets for two and a half months, the kitten was taken to a safe home and given a comfortable bed, plenty of good food and a name, Diddy.

Over the next few days, Diddy started to adjust to life as an indoor cat. He learned to eat from a bowl, use a litter box like a pro, and even started to play with toys.

Despite being a little wobbly, he proved to everyone that he could do anything just like any other kitten. 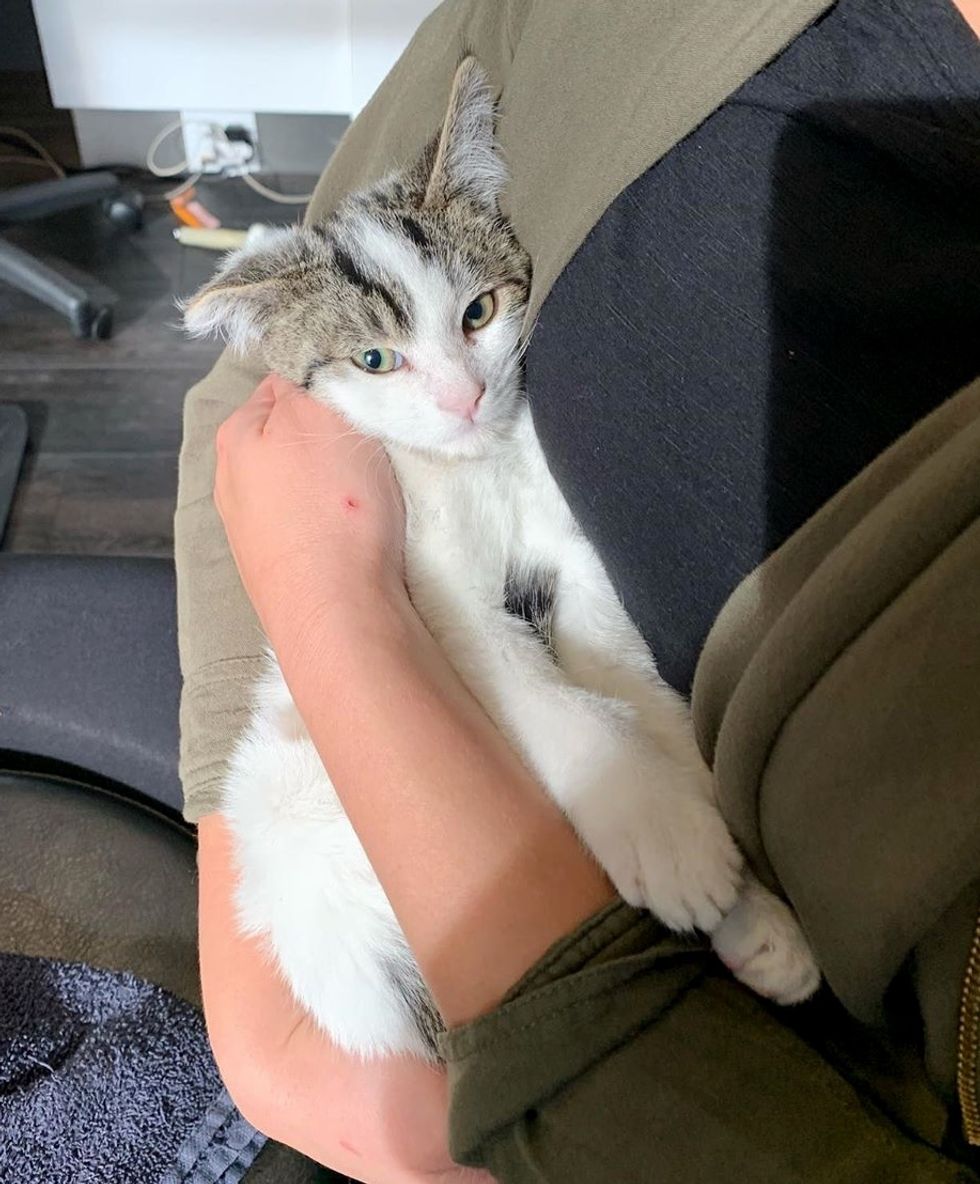 What he loves the most is a good, long cuddle session with his human friends. "He is warming up beautifully. He seems to like being held as he purrs instantly when we pick him up," Nikki told Love Meow.

Watch the kitten's rescue journey in this video:

Nikki and her team went back to the neighborhood to continue helping the community cats, getting them spayed and neutered, and providing the medical attention they needed.

"When you are rescuing kittens, it's important to trap the cat mama and other adults to make sure the cycle stops." 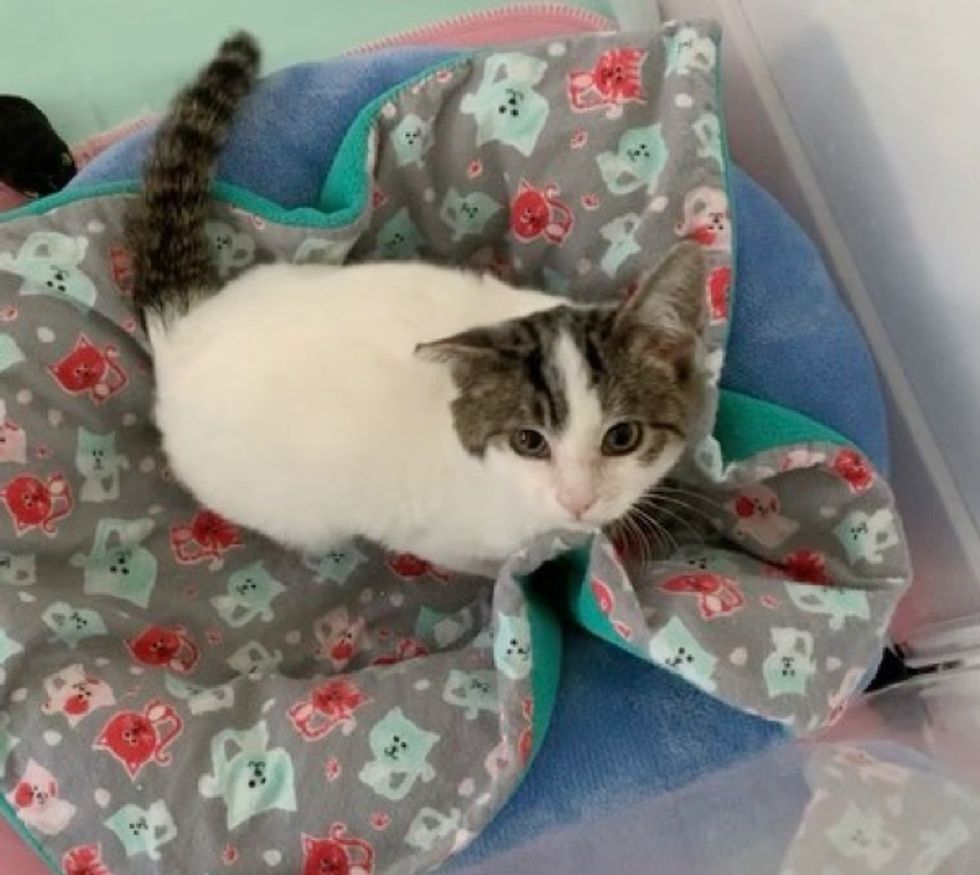 In less than two weeks, Diddy has really come around. He's gotten bigger and stronger, and his ear is healing nicely.

The sweet kitty no longer fears for his safety and is growing in confidence each day. "I moved him from his foster room to the family room. This will allow him to get used to normal household noises," Nikki said.

"Little by little, I know he will progress beautifully and be the perfect addition to someone's family." 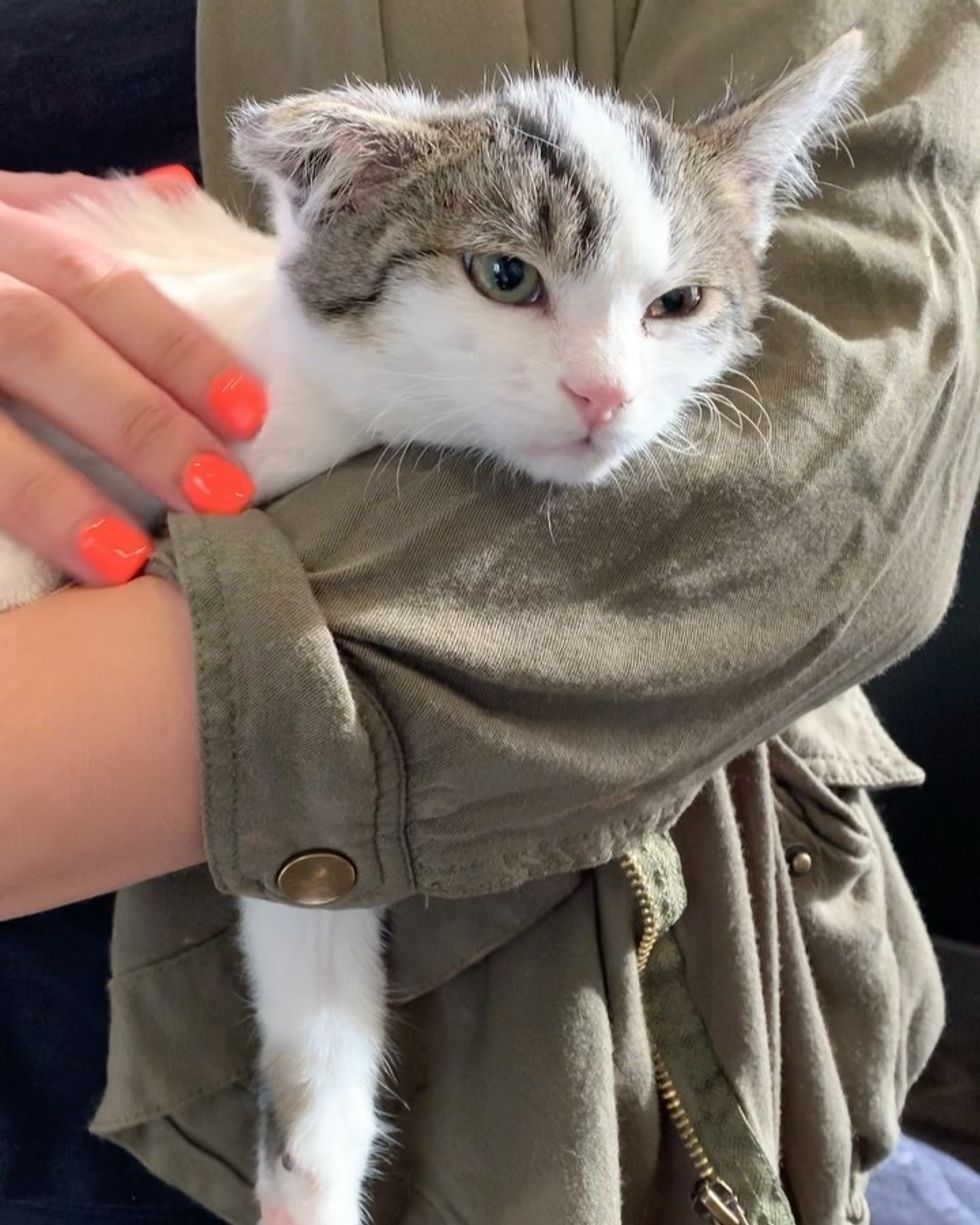