A year ago, a man found a litter of kittens in a cardboard box at a gas station in desperate need of help. One of them fought his way back from the brink. 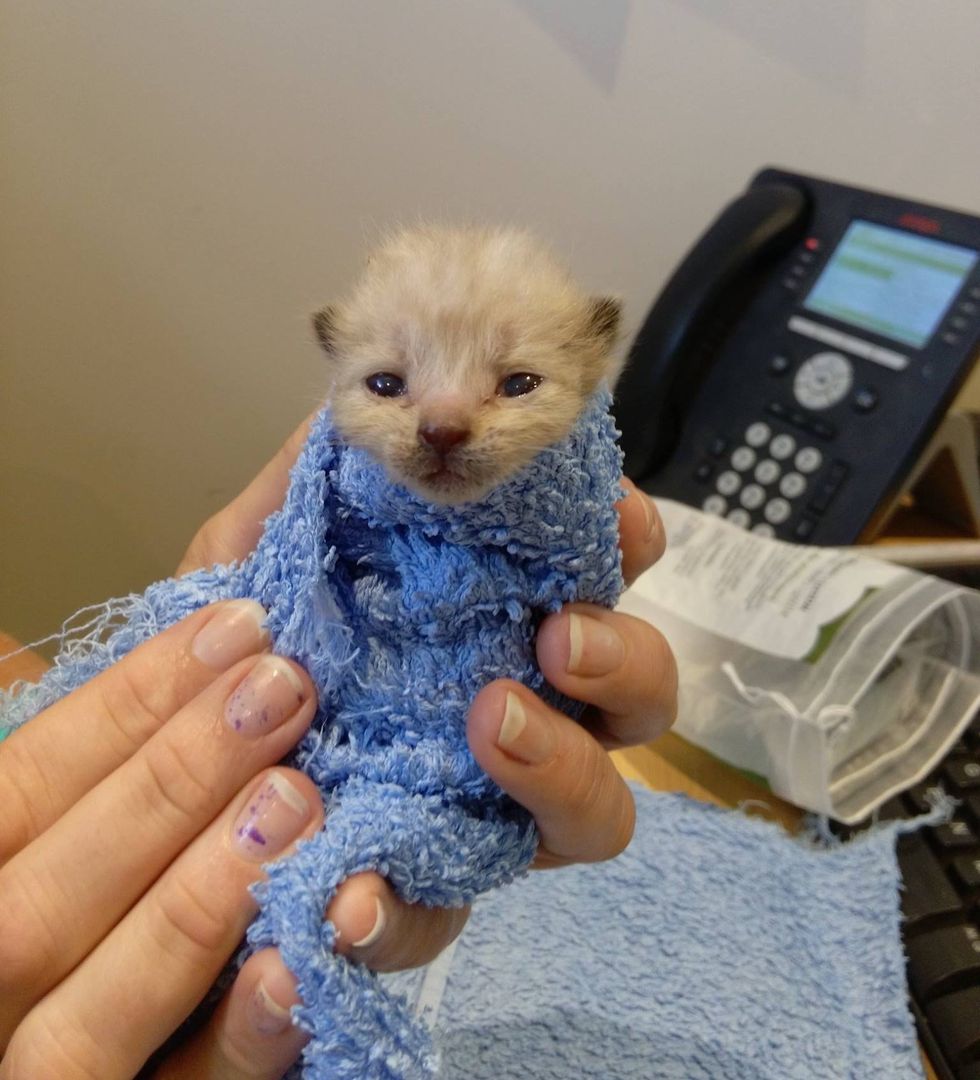 Champ and his three litter mates were rescued by a kind-hearted man when he stopped at the gas station and heard their cries. The kittens were just hours old with umbilical cords still attached and eyes closed.

The kittens were shivering, lying on gift wrap paper as a bed. The guy immediately brought them to Animals In Distress, a rescue group in Ipplepen, UK, for help.

Staff started caring and bottle feeding them right away and kept them warm at all times. Despite their very best efforts, Champ's siblings lost their fight and crossed the rainbow bridge.

"The little ones caught an infection, and couldn't fight it as they had no immunity. Immunity from infection is acquired from the colostrum in the mother's milk, however the little ones were taken away from their mother at birth," the rescue told Love Meow. 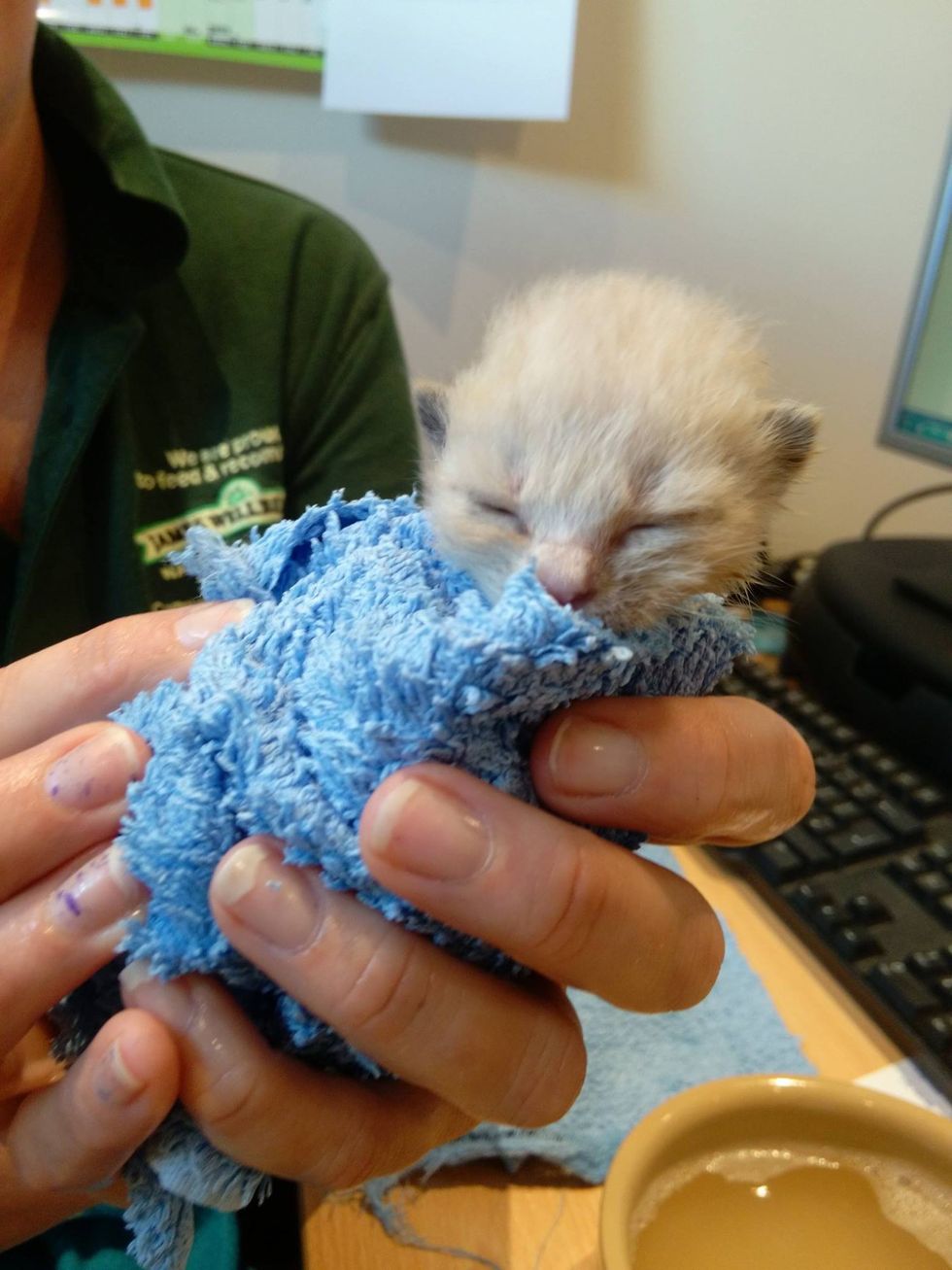 Miraculously, Champ survived and kept fighting to live. The little boy refused to give up, and everyone at the rescue fought along with him.

Lisa of Animals in Distress would get up night after night to make sure he would feed and that he would stay alive. Champ spent many nights huddled in a blanket in bed lying next to Lisa so she could keep a close eye on his condition. 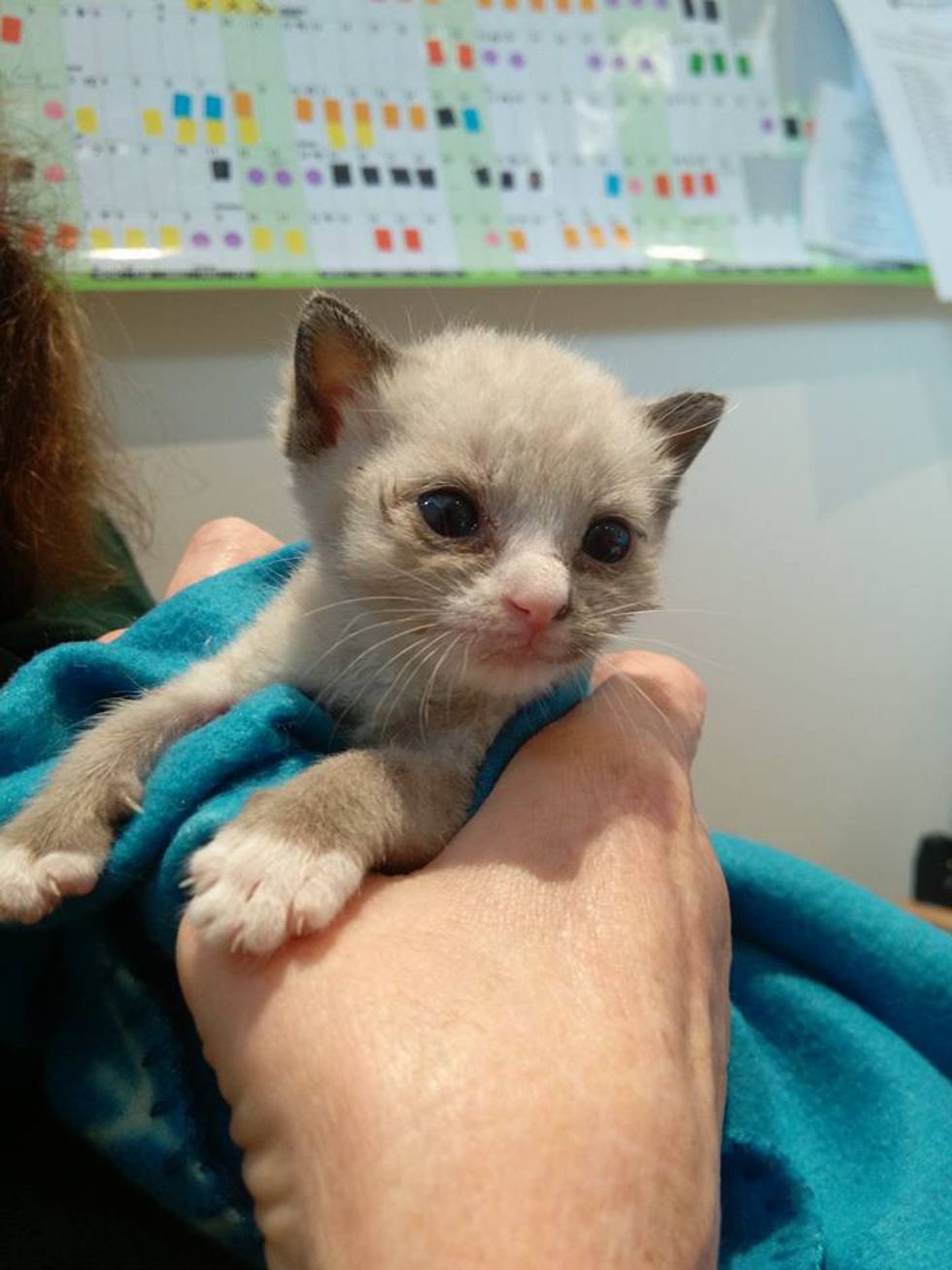 After many sleepless nights and quite a rollercoaster ride, Champ started to thrive!

"I have been raising orphan kittens at the Rescue Centre for 20 years, and Champ is the first to survive being taken from his mother so soon after birth. Usually they don't make it as they have no immunity, so it really is something of a miracle that Champ is here today," Lisa said. 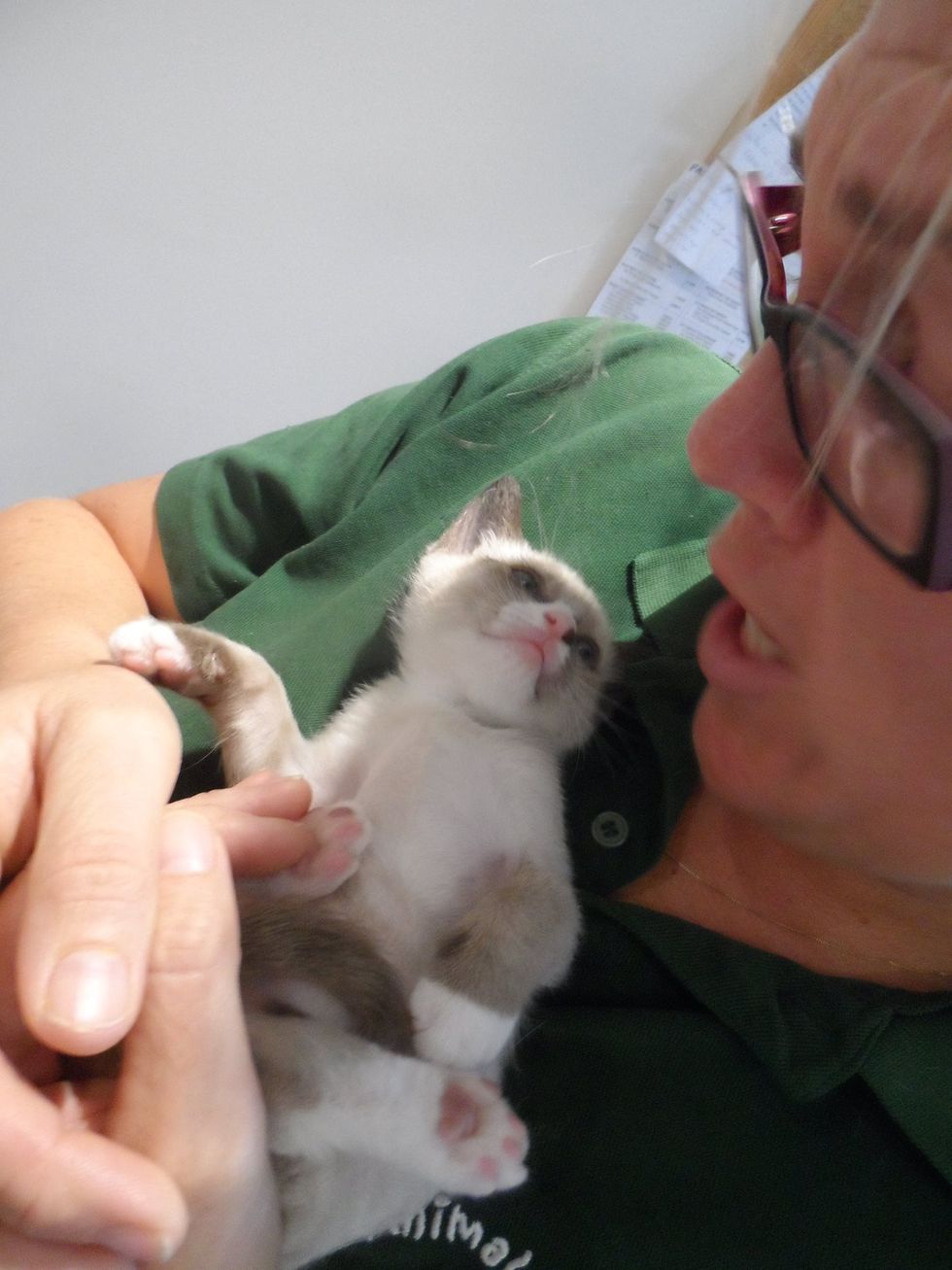 He discovered how to work his little legs and wanted to explore and check out new things. He figured out how to purr — the little guy has a purr motor equipped.

Champ loves giving his human friends baths by licking them on their chin. 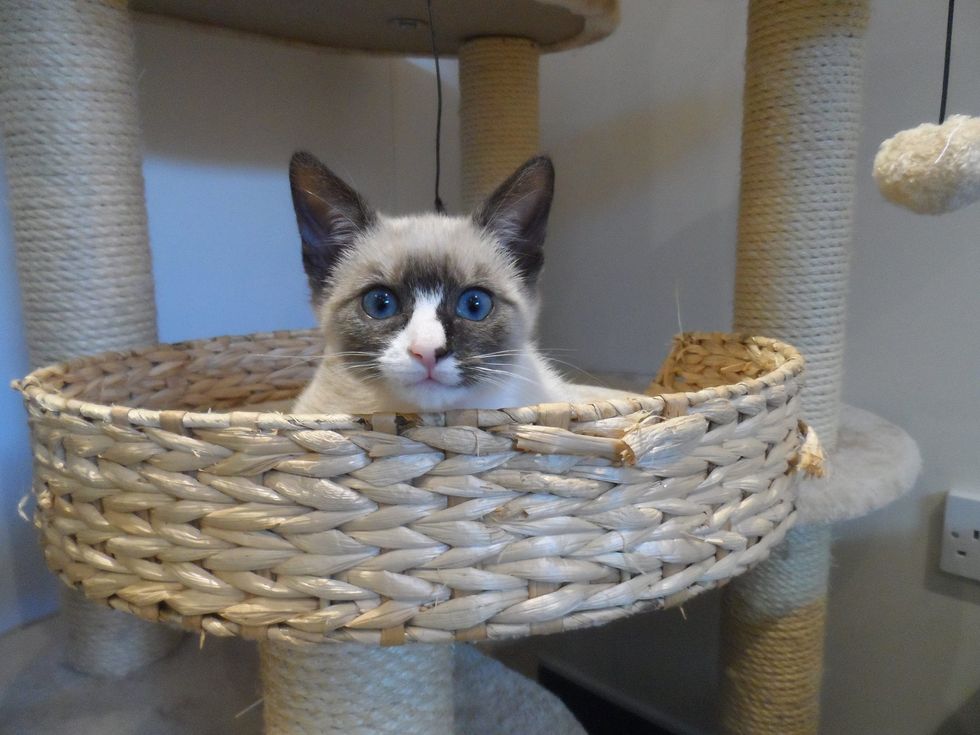 He crept his way into Lisa's heart and she could not part with him.

Everyone at Animal In Distress fell in love with the little guy. Champ grew up surrounded by the same people that cared for him and he became very close to them. 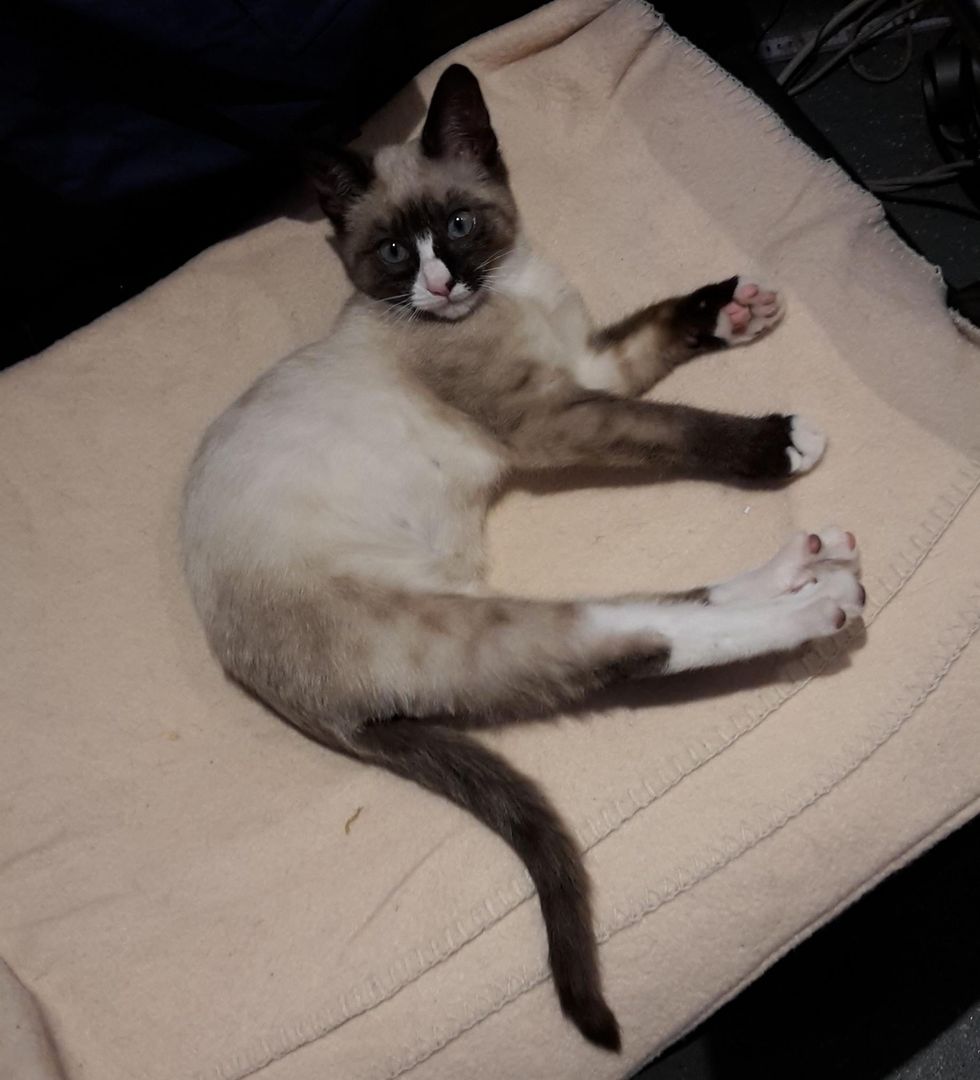 The rescue decided that Champ would be their office cat and their supurrvisor.

Lisa officially adopted him as her own. 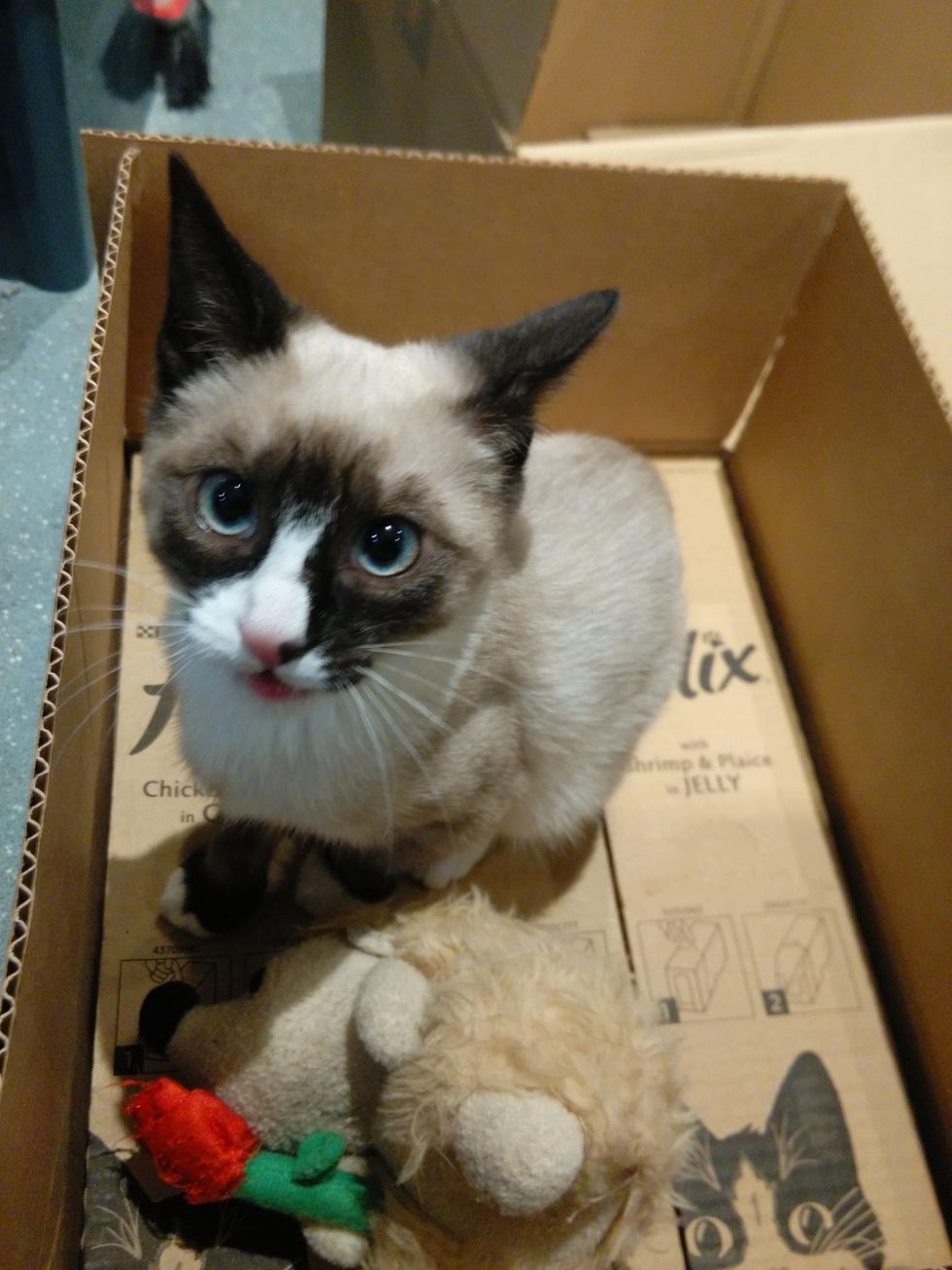 Champ offers "help" at the office.

"During his short breaks from playing all day, Champ likes to double as a paperweight." 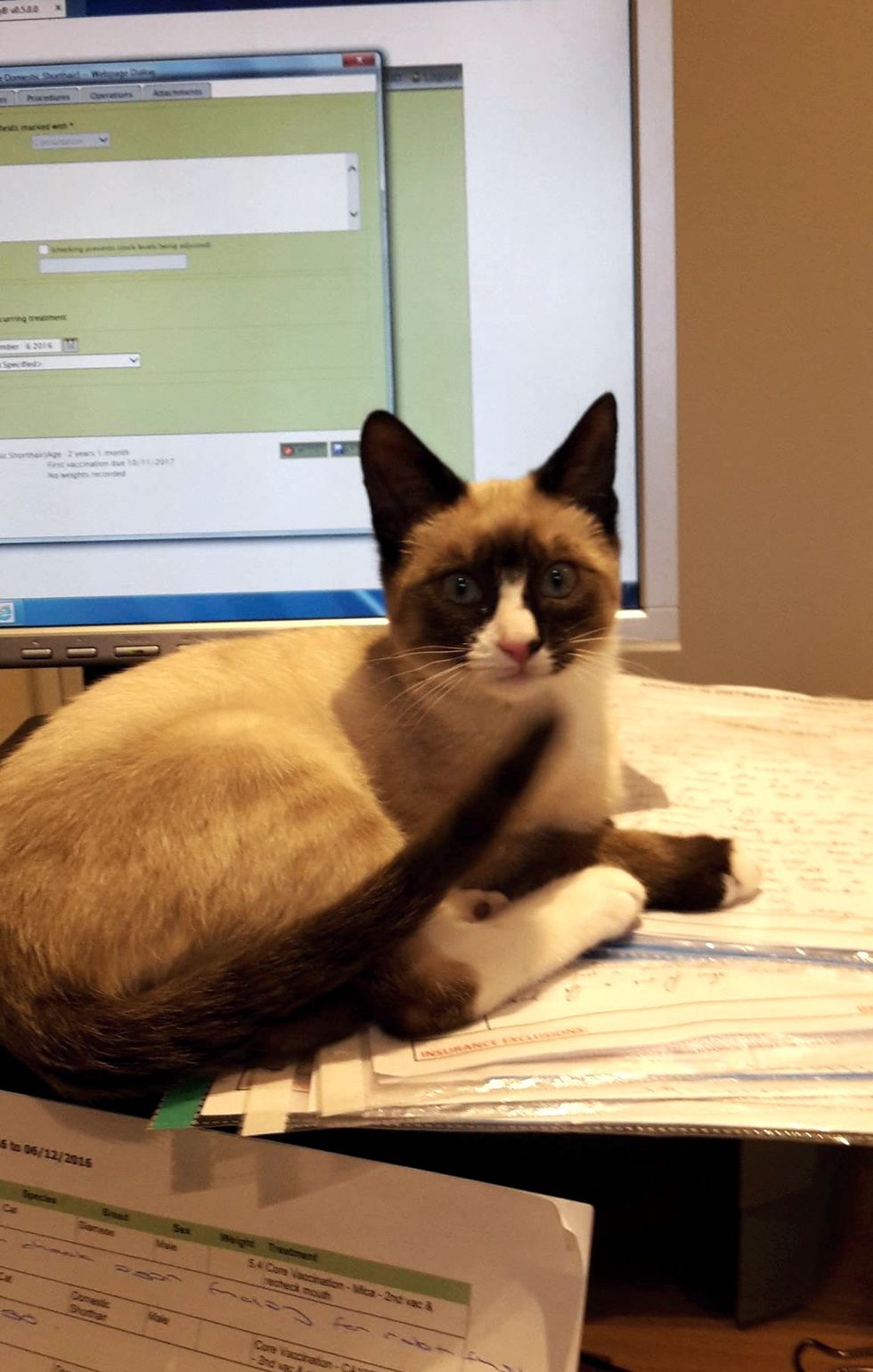 Staff must get purrmission from Champ before they can use the printer. 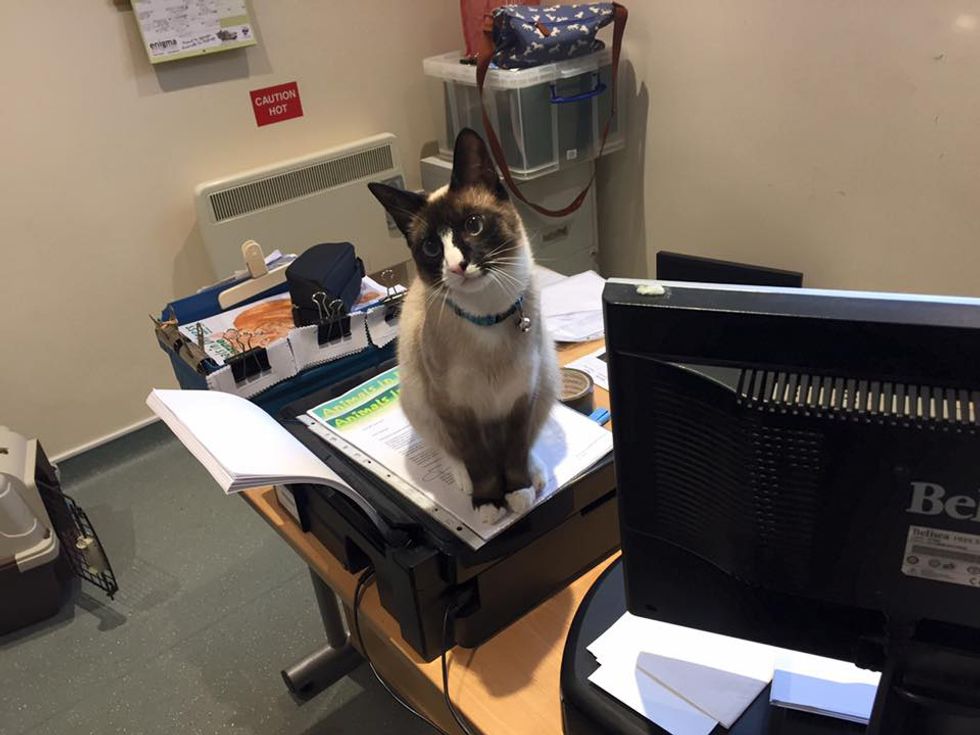 Champ loves life as the office cat and being close to his human mom all the time as they share a very strong bond.

All grown up now, what a handsome cat he's become! 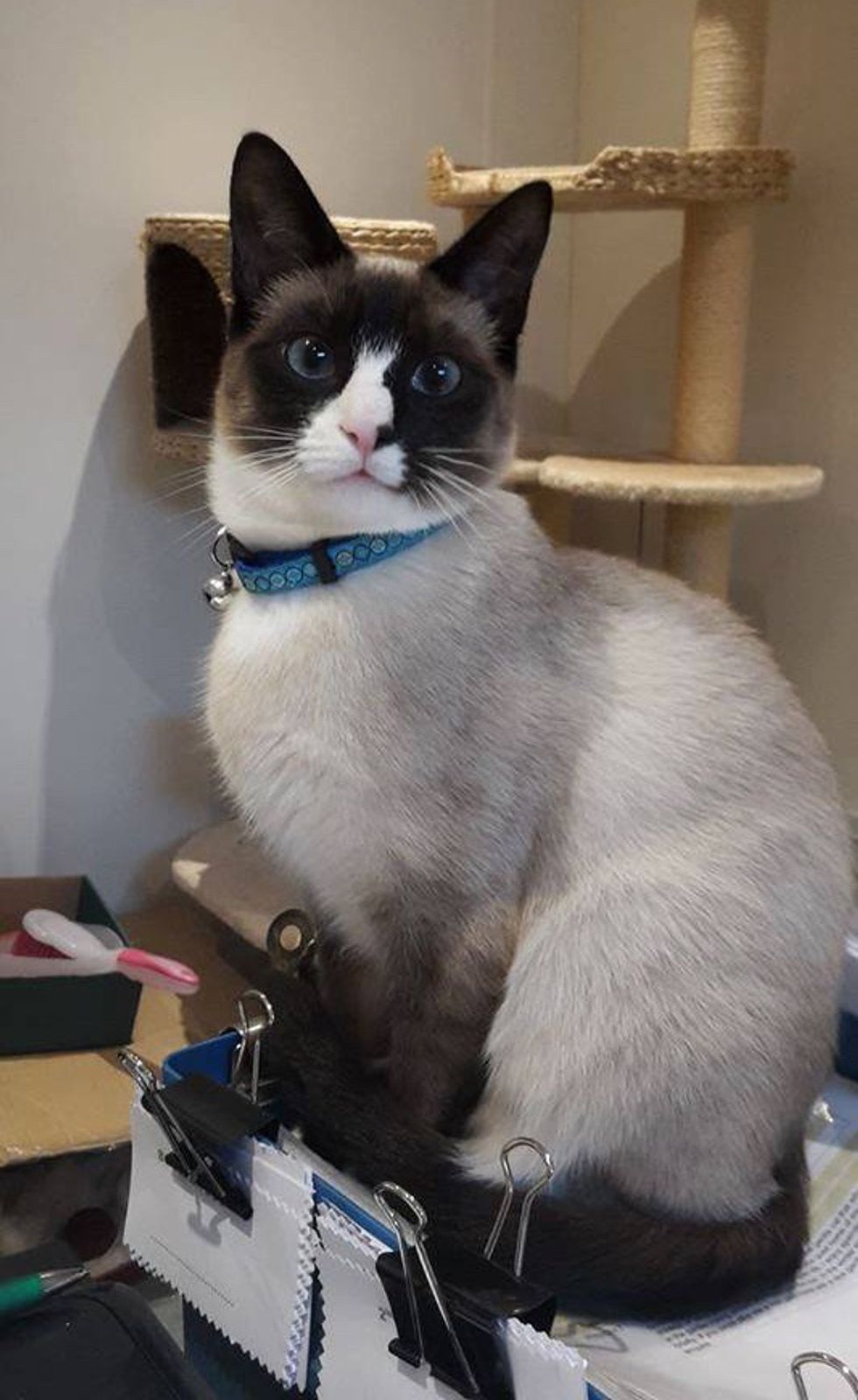 Related story: Tiniest Orphaned Kitten Found in Field Cries Out for Help, Then and Now