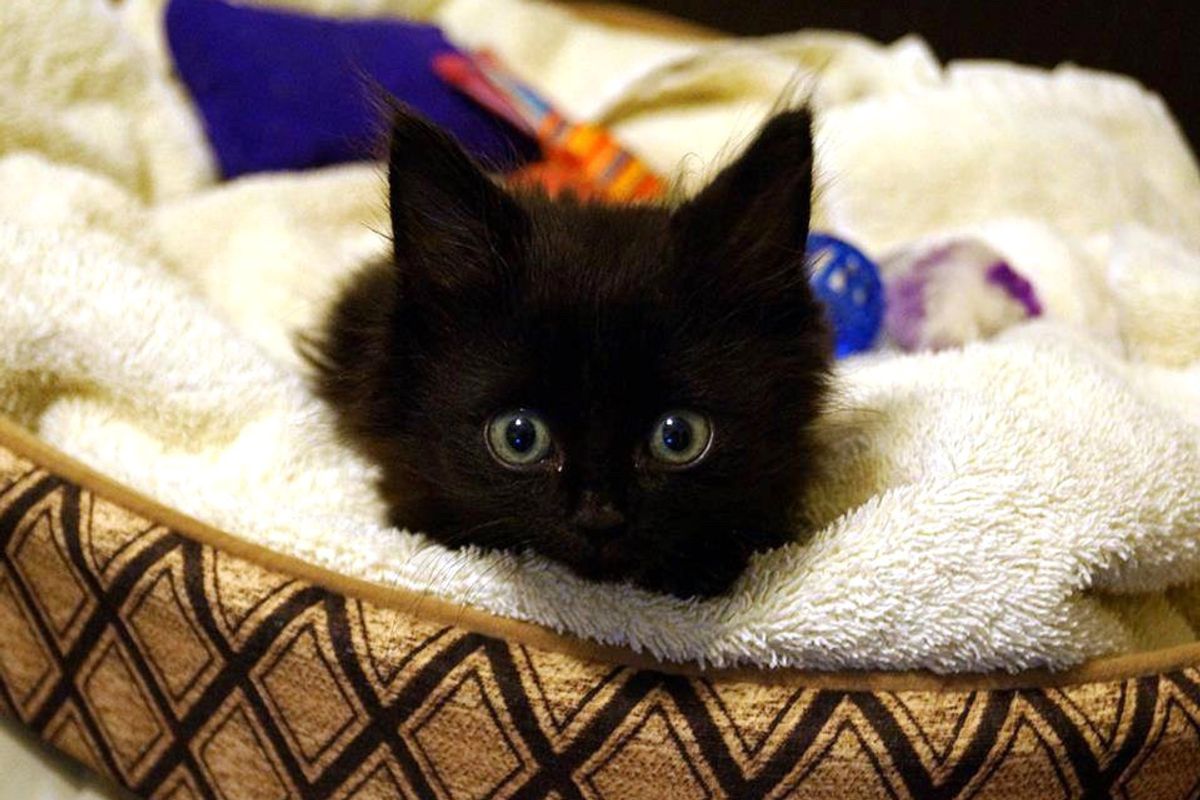 On August 25, 2012 a little 4-week old kitten came to Tenth Life Cat Rescue in St. Louis, MO after a kind lady in North City found him lying on the sidewalk between her house and an abandoned home.

The kitten was completely immobile, but the little guy refused to give up. 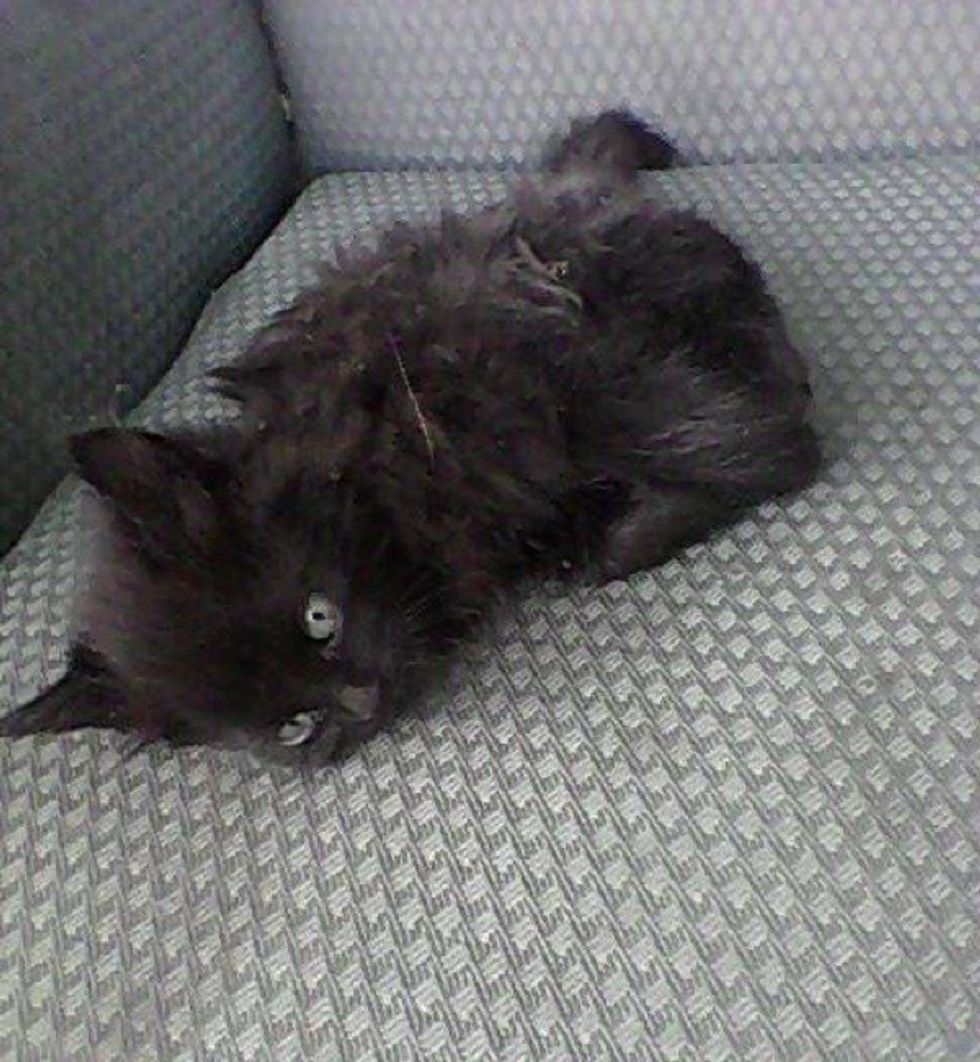 Bobbi of Tenth Life was answering the phones for the rescue when a call came in about the kitten needing immediate help.

When she got there to pick up the kitty, the lady thought he had died because he wasn't moving at all. Bobbi carefully touched his tiny legs to see if there was any movement, but the little one didn't make a single meow and showed no reaction.

His legs were stiff, and the only thing that he could do was lying on his side curled up in a tiny ball. The moment the kitten moved his head towards Bobbi with all the strength he'd got, she knew there was hope and was determined to help him. 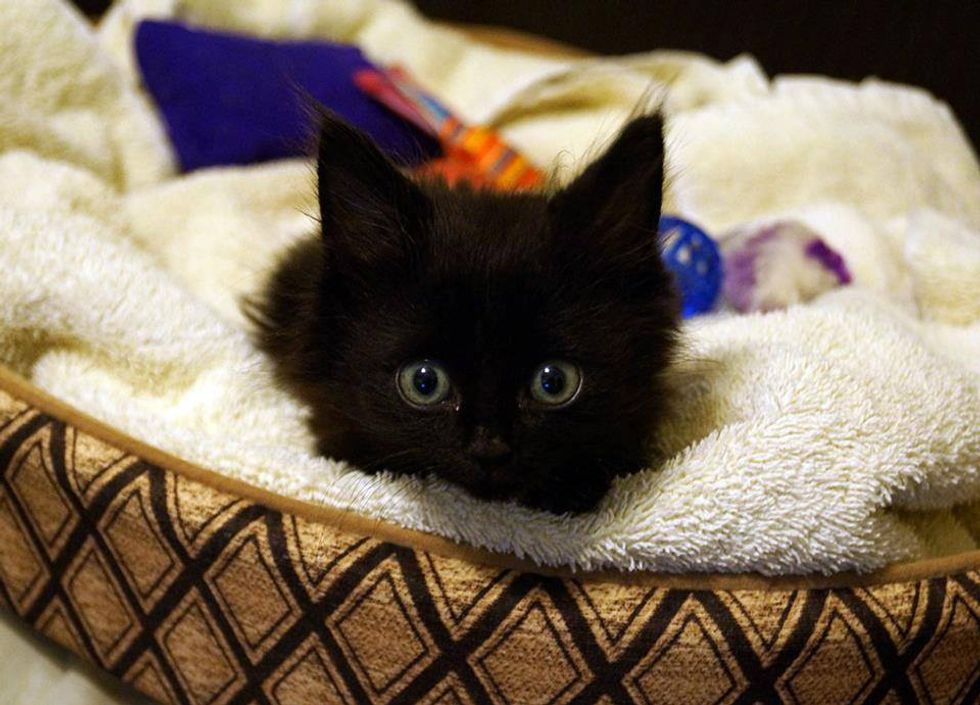 After a visit at the vet's office, the x-rays showed no broken bones. When they performed a pinch test on his toes, they saw reaction which showed that he had feelings in his limbs despite not being able to move.

The vet determined that the kitten had suffered an unknown spinal or neurological injury but no one at the time knew if he would ever improve but they knew that they had to try. 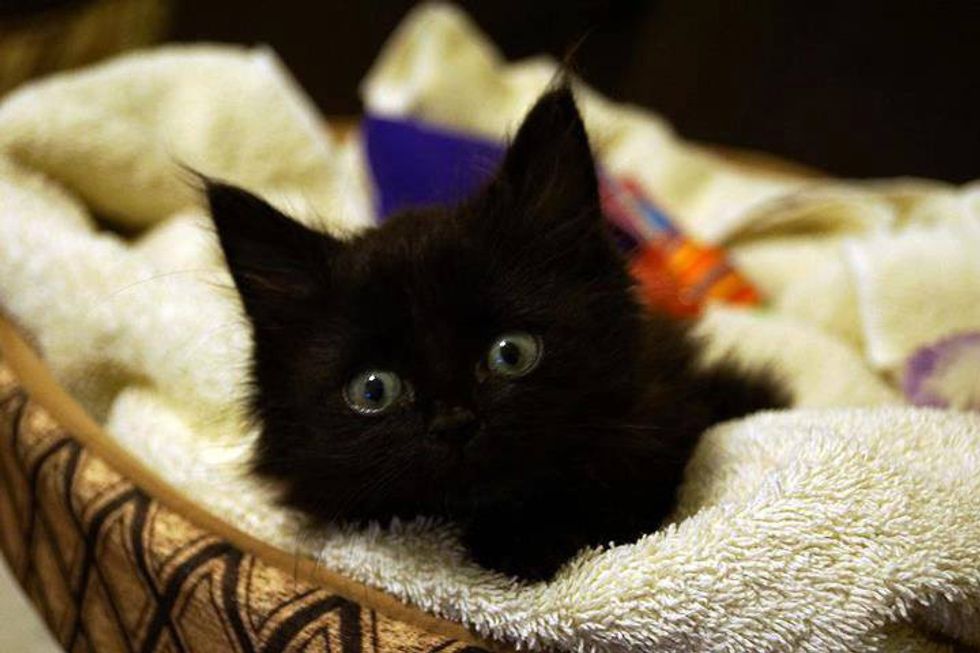 Bobbi leaned down on the kitten's level talking to him and reassuring him while wiggling her finger in front of him to see if he had any reaction. The kitten's eyes followed her finger intently, and she could tell in his eyes that he really wanted to reach out and play if only he could.

"In that moment, I saw a fight, a spirit and a determination in him that I would never forget." 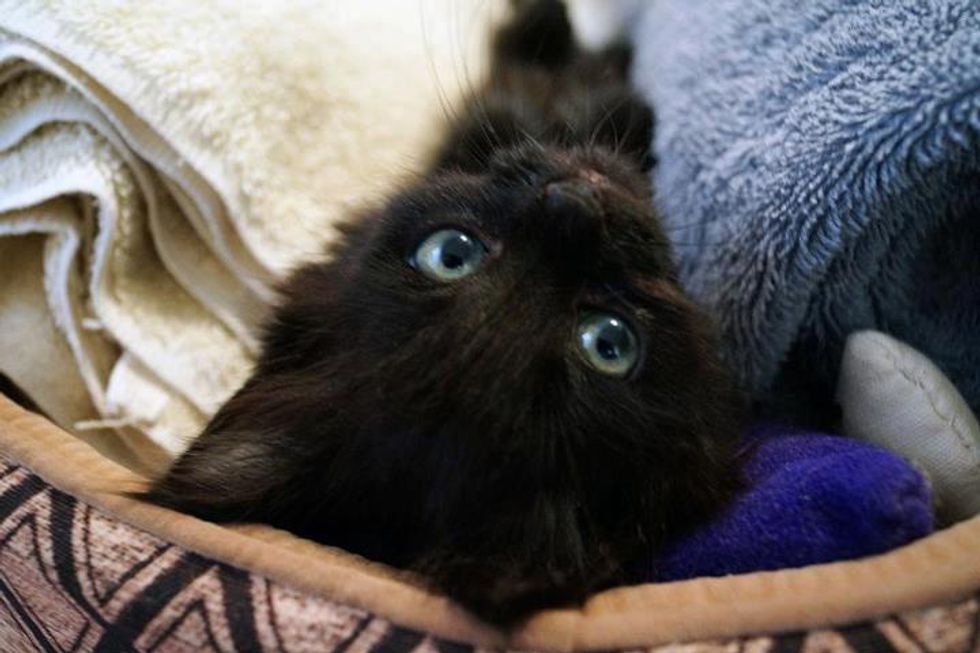 "His care would require therapy 5-6 times a day. He would need help being propped up to eat, going to the bathroom, along with other necessary care and help."

It was a very demanding job but Bobbi was ready to do whatever it took to get him better. She created a chair-bed out of a cat/dog bed with two rolled up bath towels on each side which created a tunnel in the middle to support and hold the kitten up so he could be on his paws and learn to move his legs. 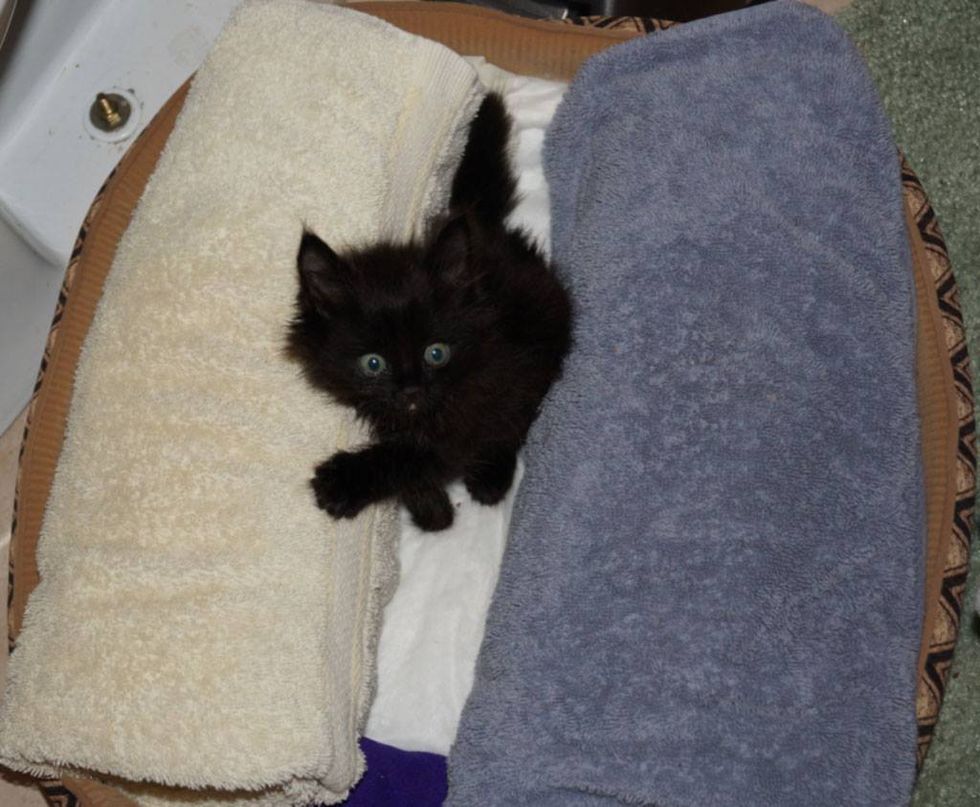 "That very night, we also immediately started the physical therapy routine, held him up with a plate under his face so that he could eat and helped him go to the bathroom."

When it was time to name the kitten, Bobbi realized that he needed a strong, distinguished name to encourage him on his journey. She named him Lincoln (Linky for short). 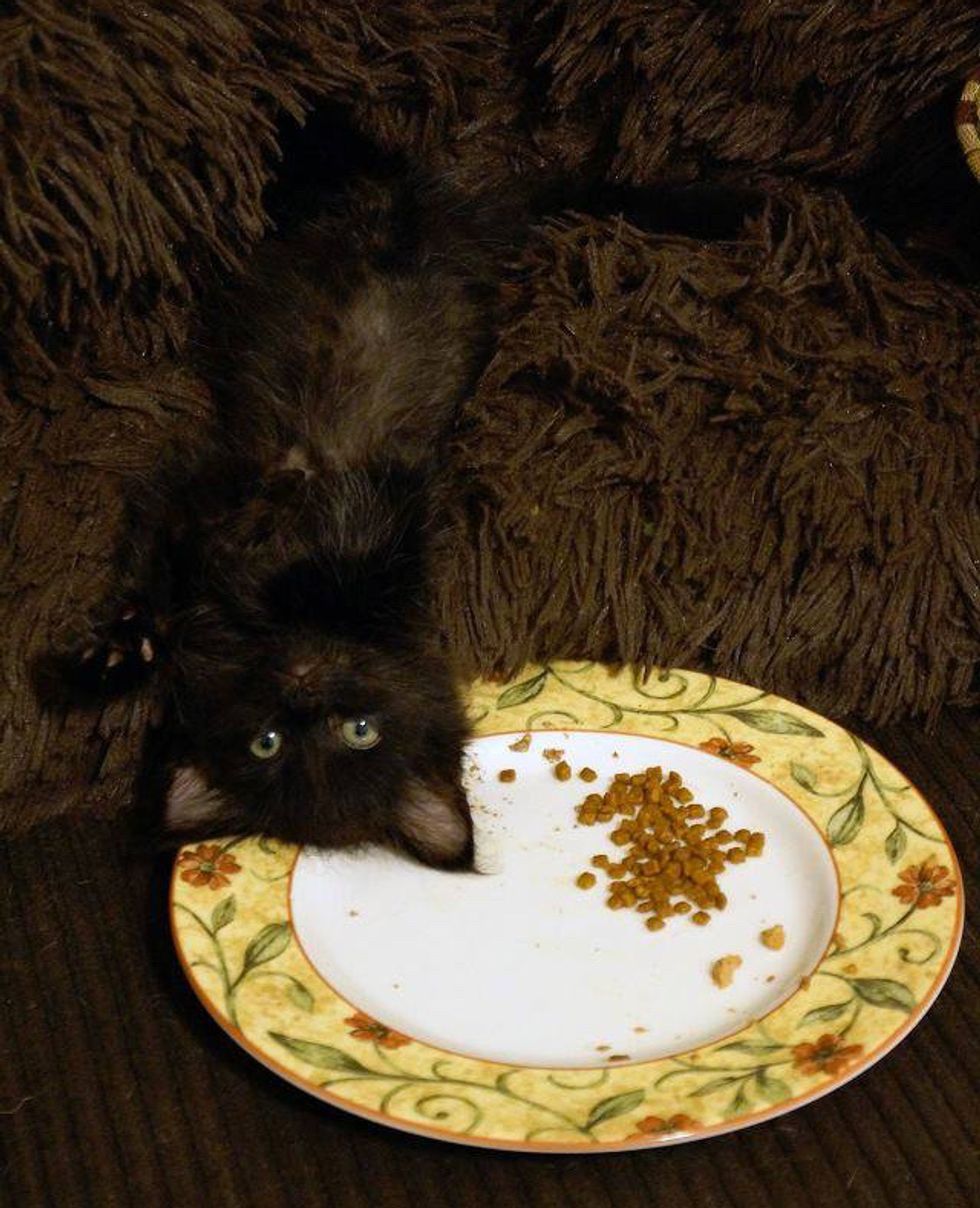 As physical therapy and around-the-clock care continued throughout the first week, Bobbi saw a little paw flex out for the first time when she was stroking his fur down his back. She squealed with delight and had tears in her eyes.

"It would have been such a small thing for any other cat to do, but such a huge accomplishment for him." 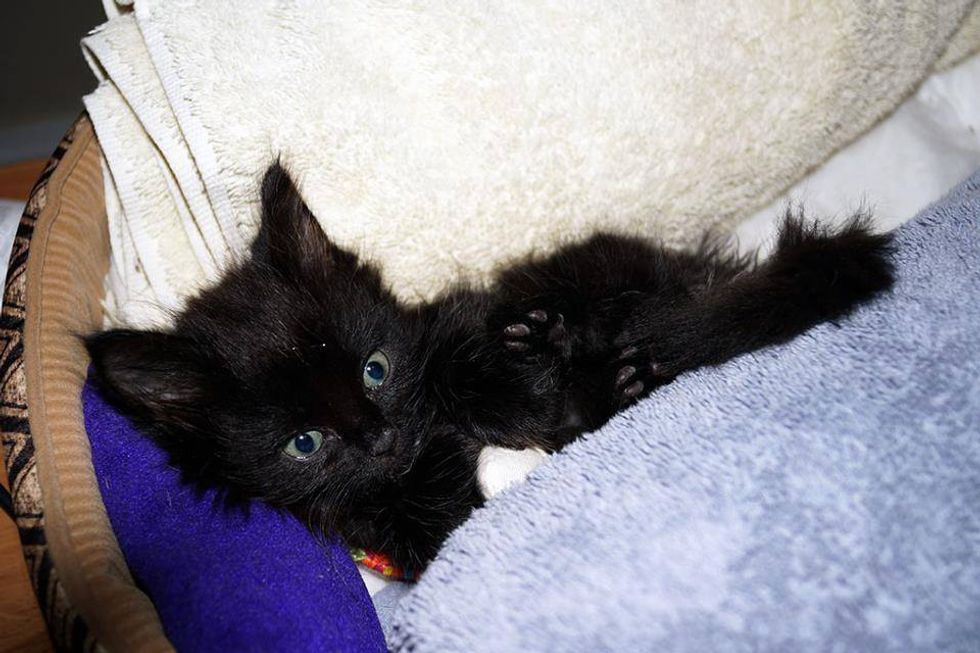 As the week went on, Linky continued to make progress. He gained more strength to help him inch forward in his chair-bed and eventually was able to hold himself up on his own. His strong determination to walk and play was driving him forward each day.

"With each passing day, he went from being a limp little pile of fluff to flexing his paws for the first time to wobbly sitting up on his own to wobbly standing and taking his first steps to batting at a toy to now the running/bouncing/climbing kitty that he is today."

The gorgeous kitty has all grown up! 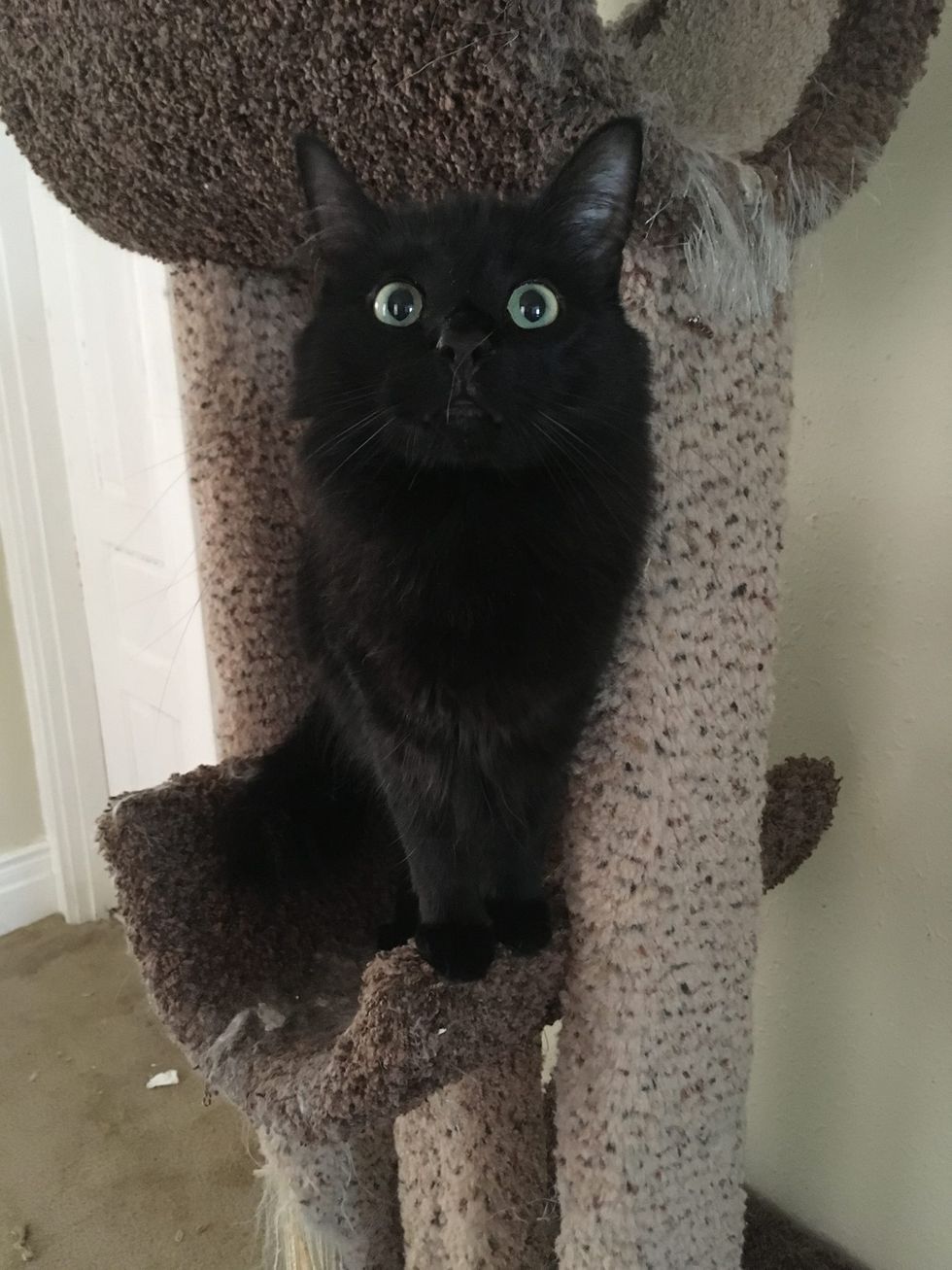 Today Linky is a gorgeous panther kitty who can do anything just like other cats.

What a handsome little boy! 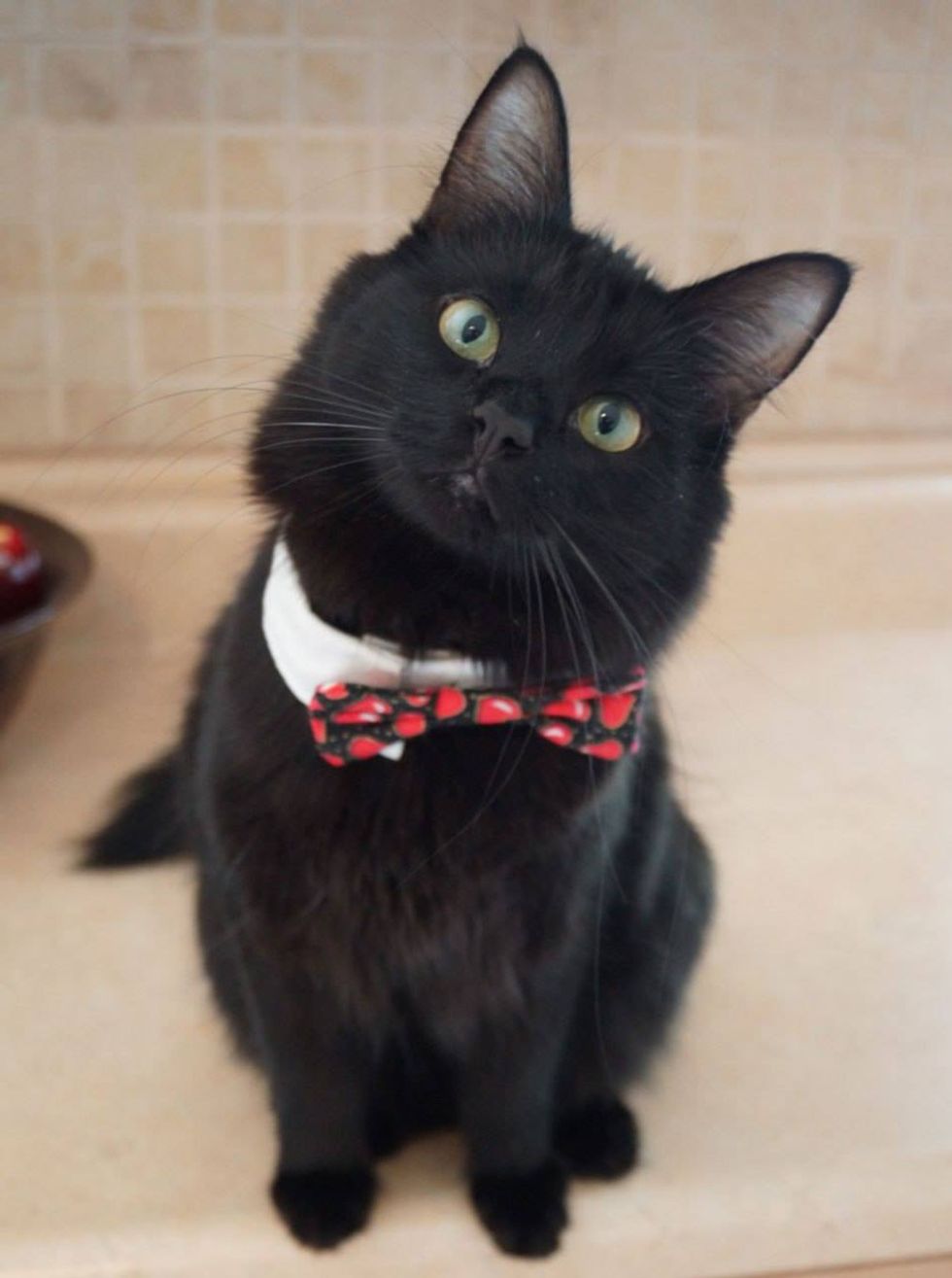 Bobbi told Linky on day one that he would walk again, and she was right!

Little miracle kitty then and now! 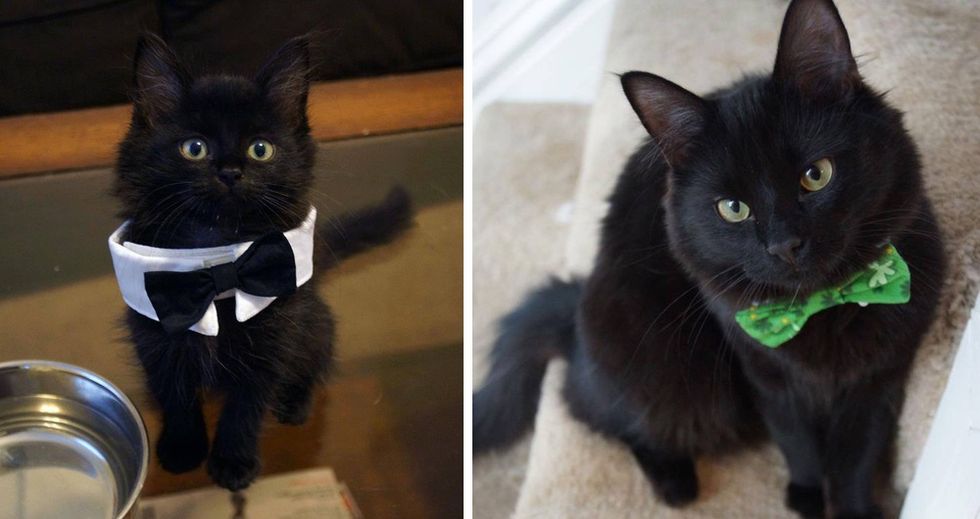 Five years ago, no one knew if the little quadriplegic kitty would ever be able to move again.

Not only has he learned to move, but he can walk, run, jump and so much more. Linky has surpassed what others thought he would be able do. With love and determination, the sky's the limit for the little miracle kitty! 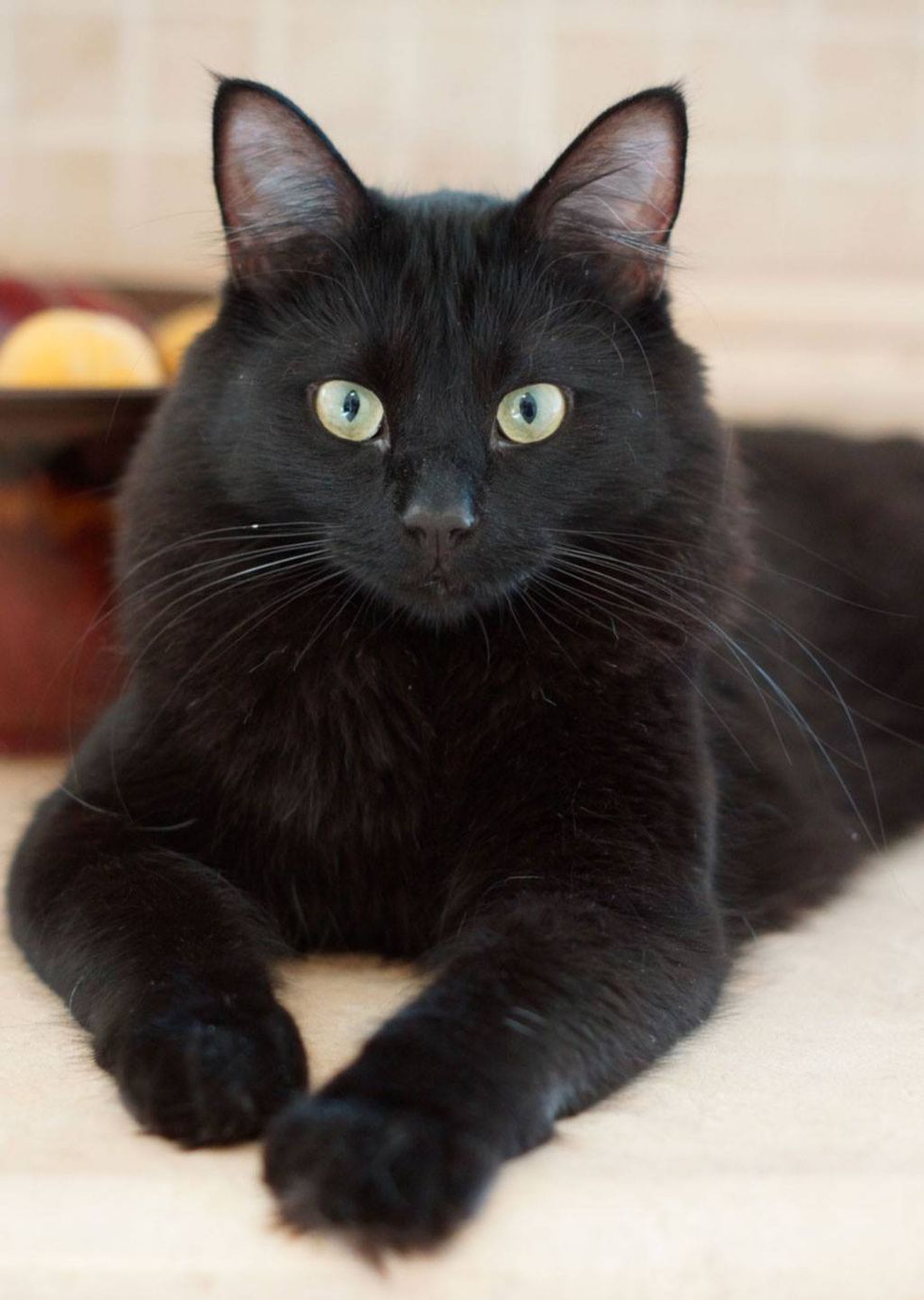 Watch him in action: