Kitten Rescued from Death Row Misses His Mom, So Dog and Cat Offer to Be His Family.. (with Updates)

A tiny 3 week old tuxedo kitten was pulled from death row. He missed his mom, so a dog and a cat offered to be his family. 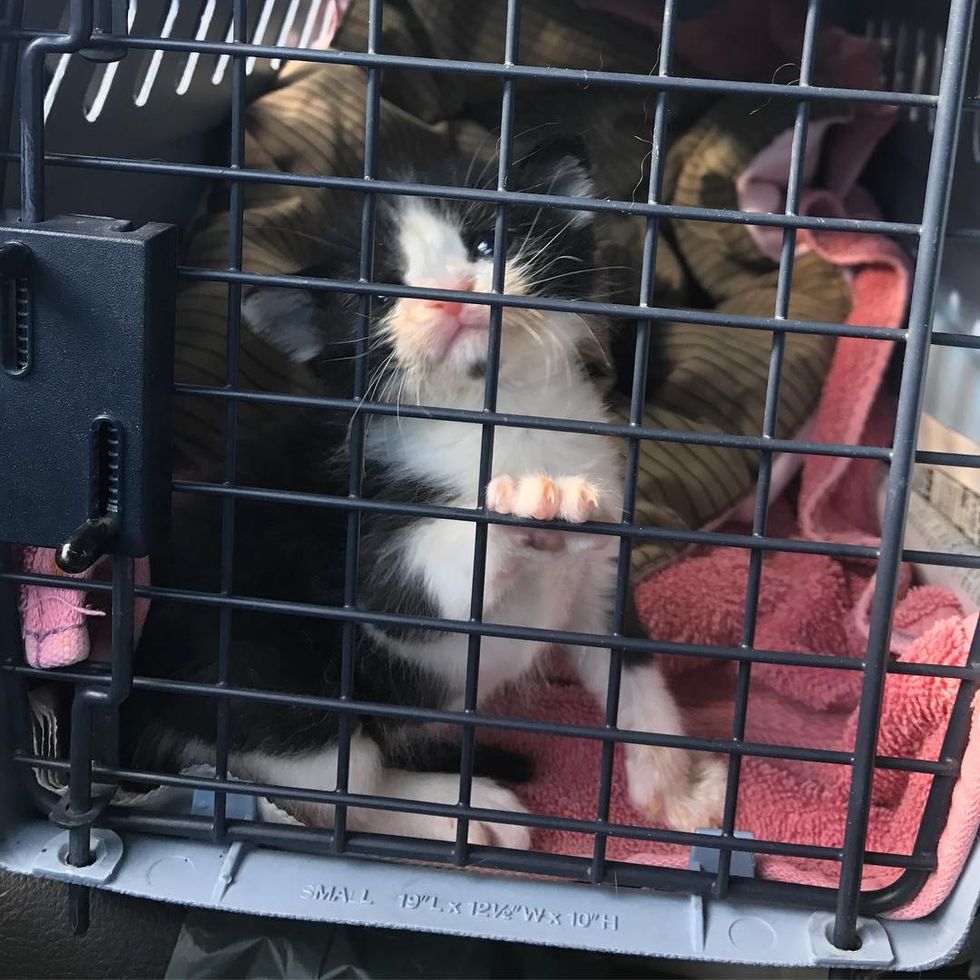 The kitty was just three weeks old when he was faced with an uncertain fate.

"He wound up in a kill shelter in NYC and was given a pretty short time limit before they would have to put him down," Kelly @suzie_and_kushi told Love Meow.


"North Shore Animal League pulled him and asked if I could foster so now he's with me. He is a very sweet kitten."

The tiny fur baby doesn't have any siblings, and he really missed having a mother.

When he arrived in his foster home, two furry residents showed their compassion to the little kitten in need and became the family he never had. 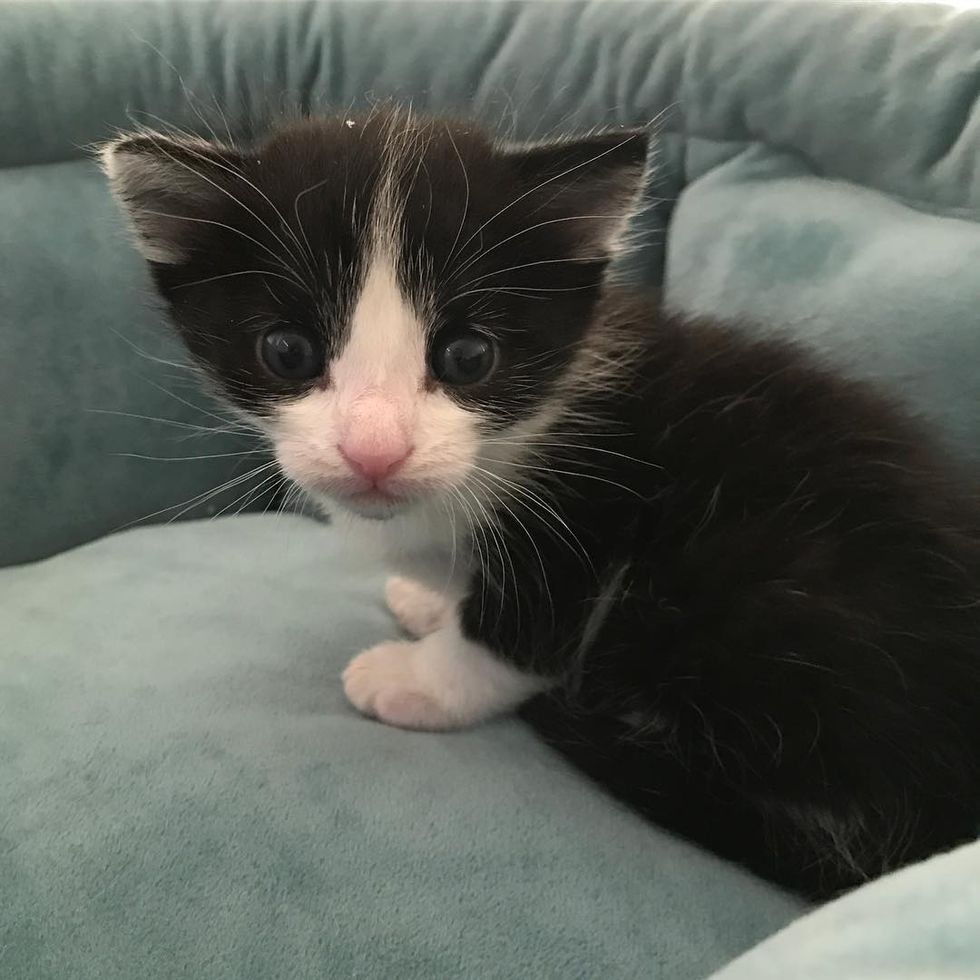 Suzie the dog is a big kitten lover. Whenever her human mom brings home a foster kitten, she's the first to offer a cuddle and a bath.

Reggie immediately was drawn to her and couldn't resist the love as Suzie took him under her wing. 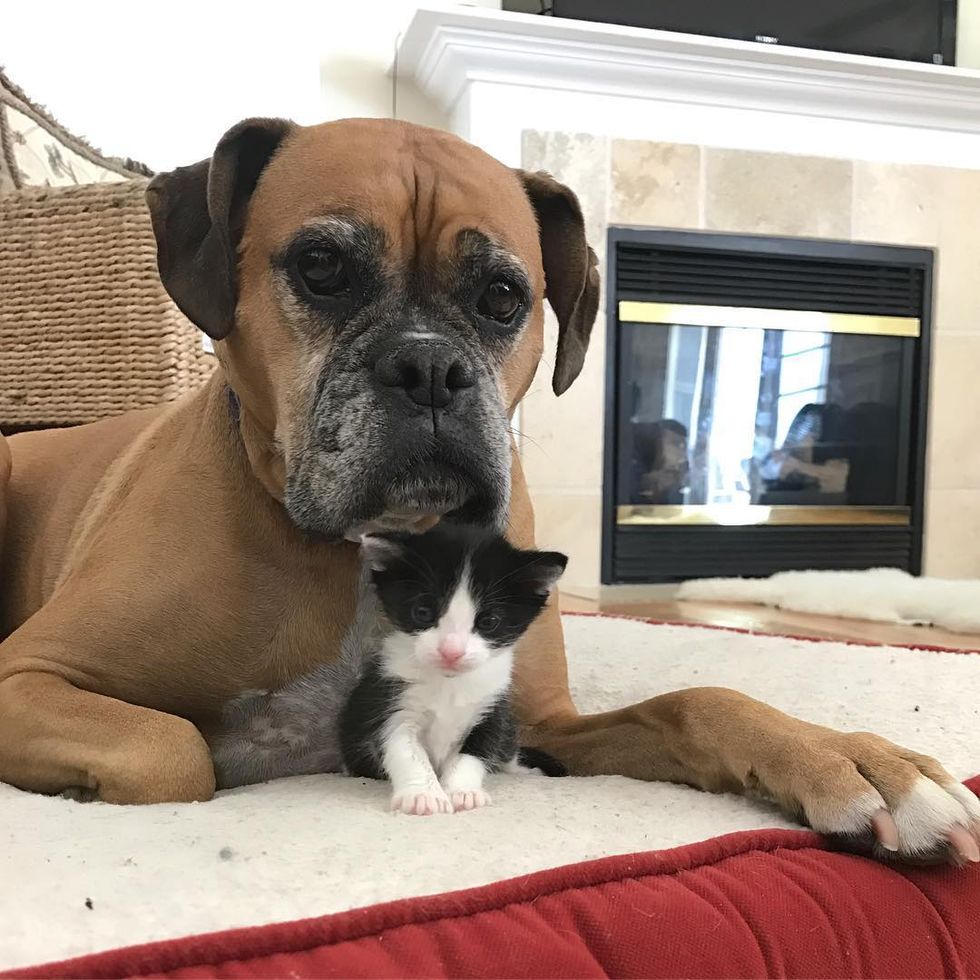 Reggie showing off his little soul patch. He's happy to have a huge bed to nap in at last. 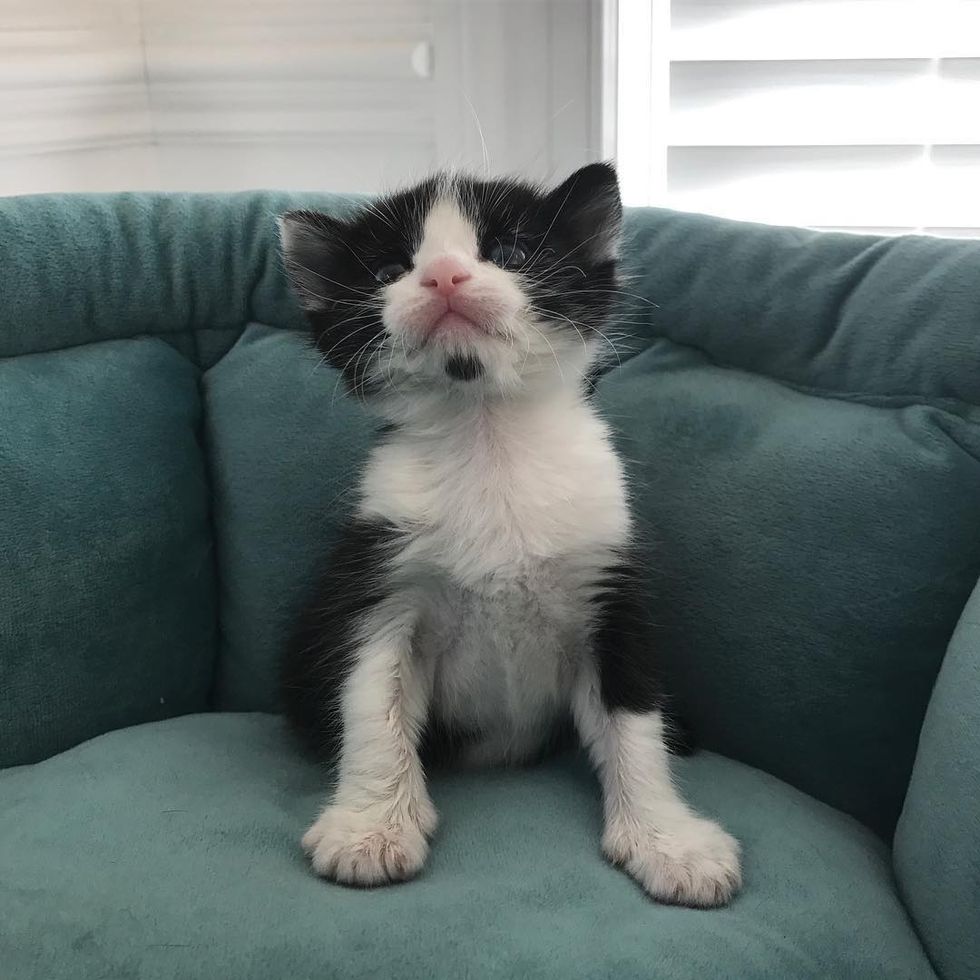 The little tux has got another caregiver, Kushi the one-eyed cat.

"He loves taking care of kittens and helps me with all the foster babies that I take in," Kelly said.

Kushi gives Reggie a cuddle as if he's saying "everything is going to be alright!" 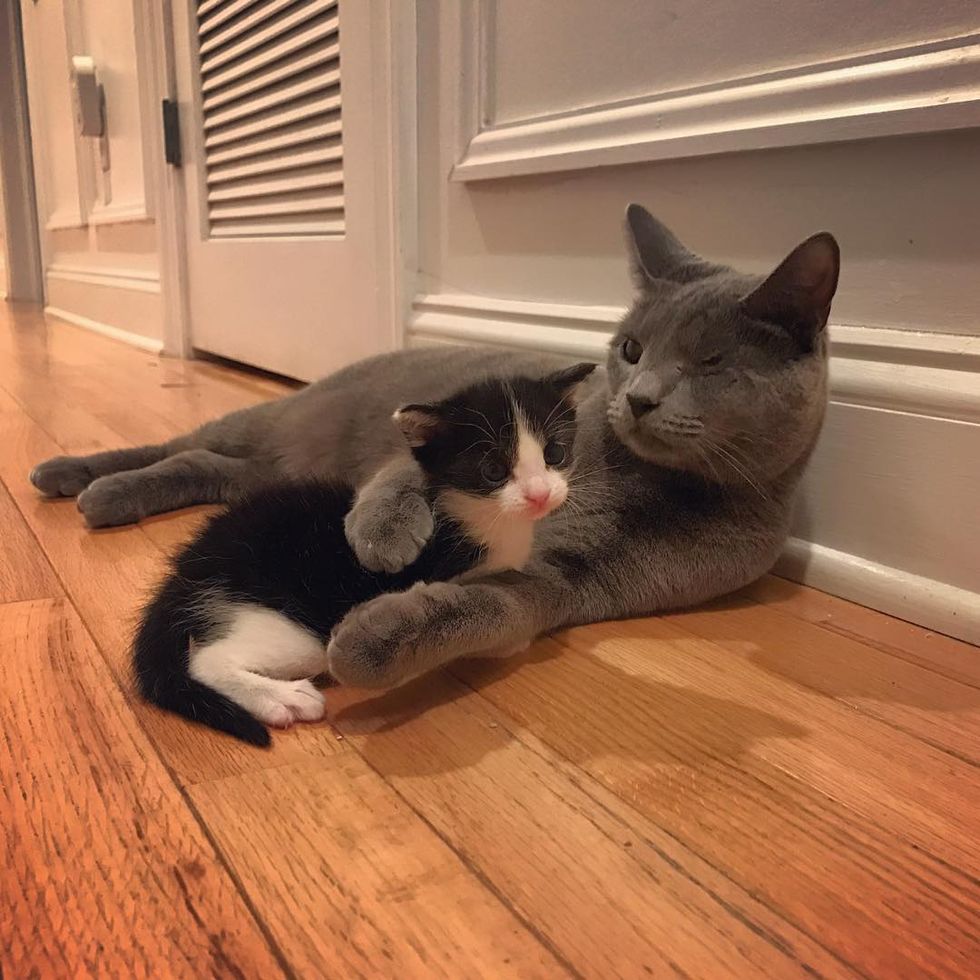 Little Reggie has claimed his human's hoodie as his new bed.

Anything soft belongs to the kitty now. 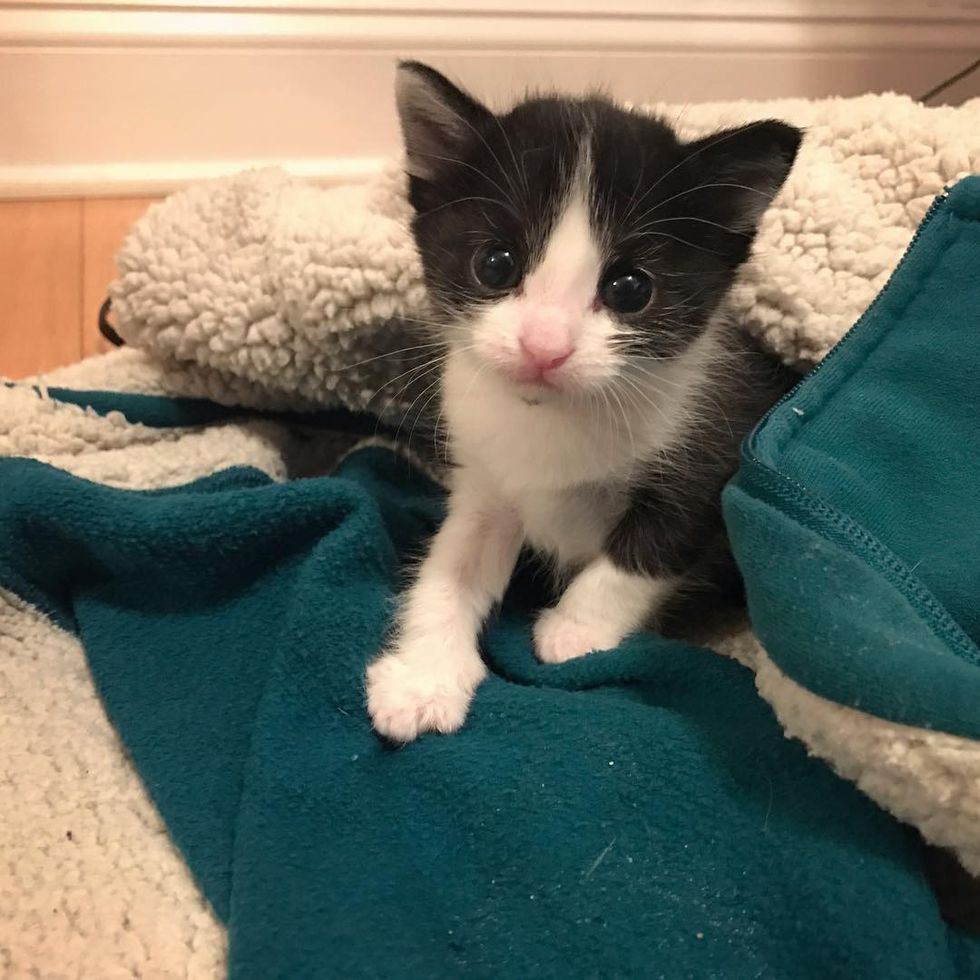 In just a few days, Reggie went from being on death row to now in the loving arms of his foster siblings.

Suzie watching over her kitten, guarding and protecting her from harms way. 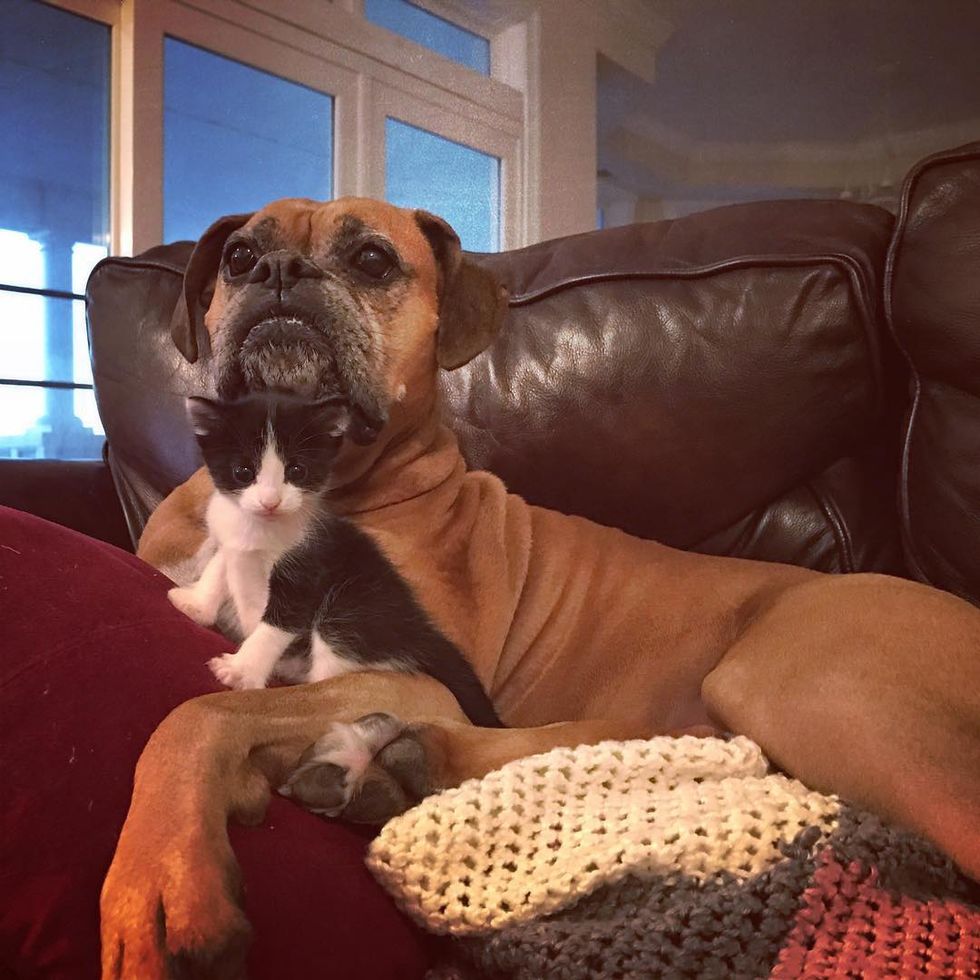 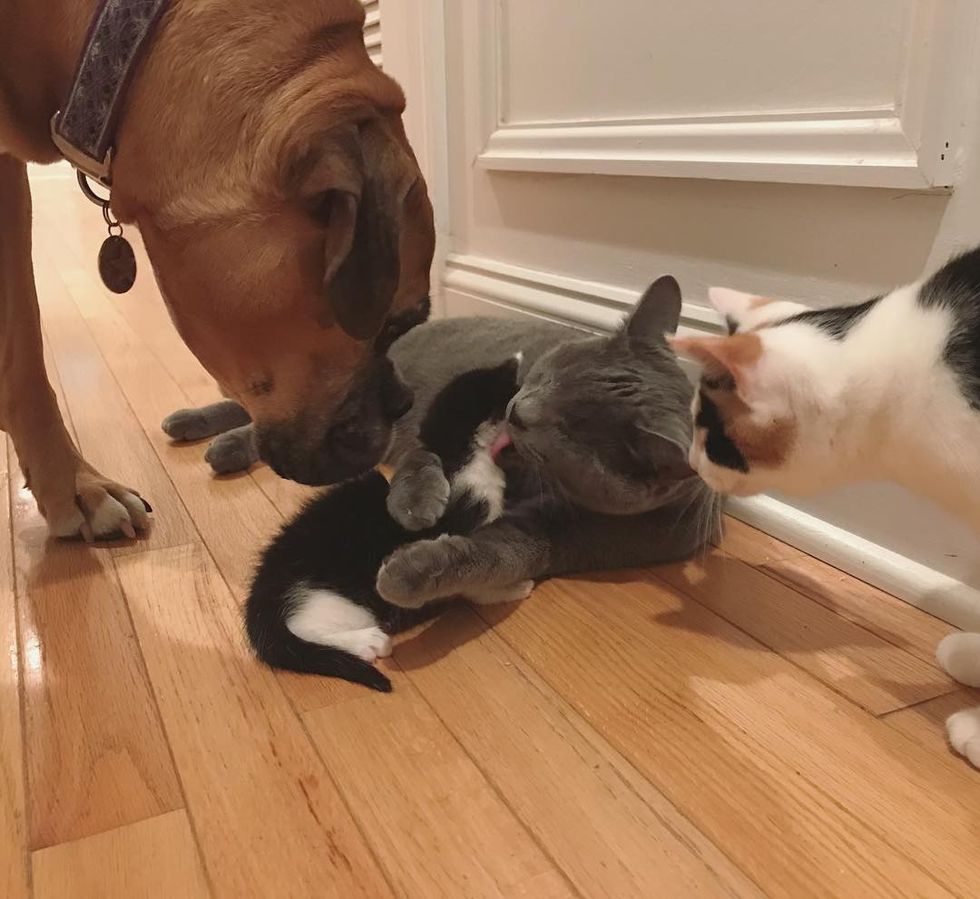 He was very loved at his foster home... 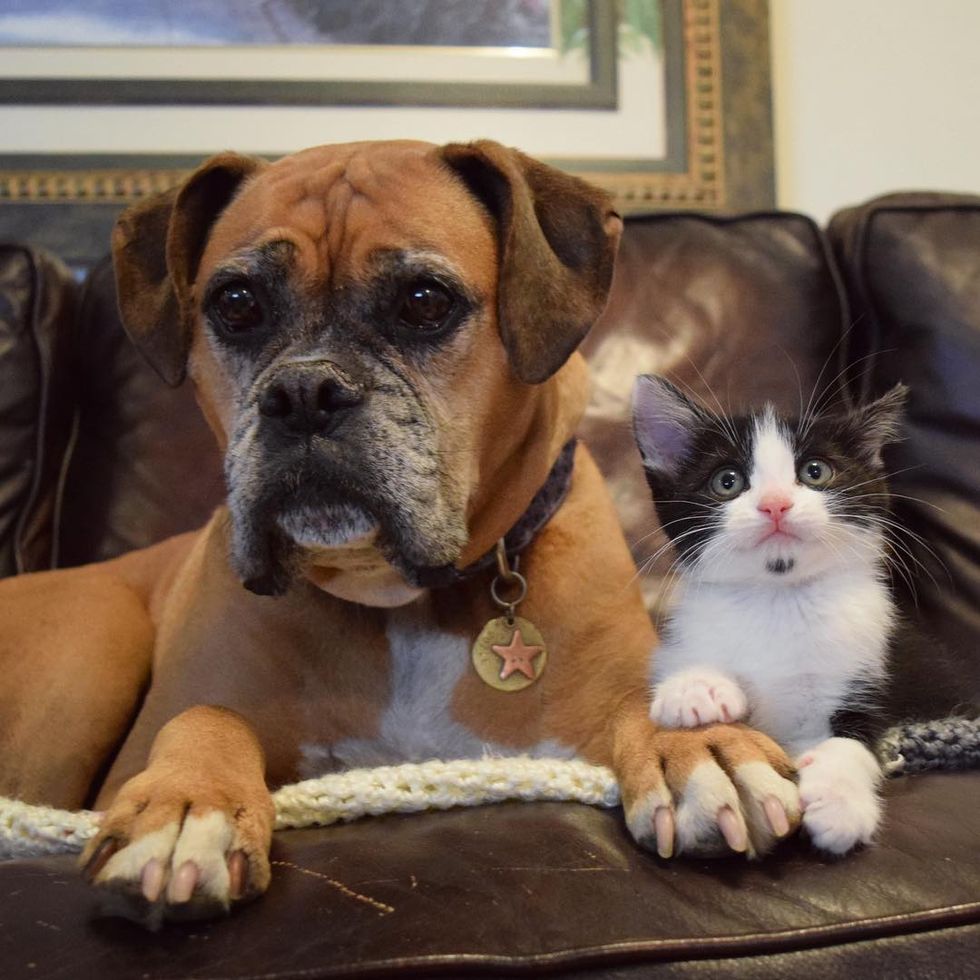 Reggie has grown by leaps and bounds. He's now ruling the roost at his forever loving home!