Kitten Found Covered in Mousetrap Glue is Turned Around by Love

This sweet little kitten was brought to the Cat House on the Kings (in Parlier, California) covered in glue from those sticky mousetraps.


As soon as the rescuers began to help, she turned on her purr motor, and it just kept going as if she was saying "Thank you." 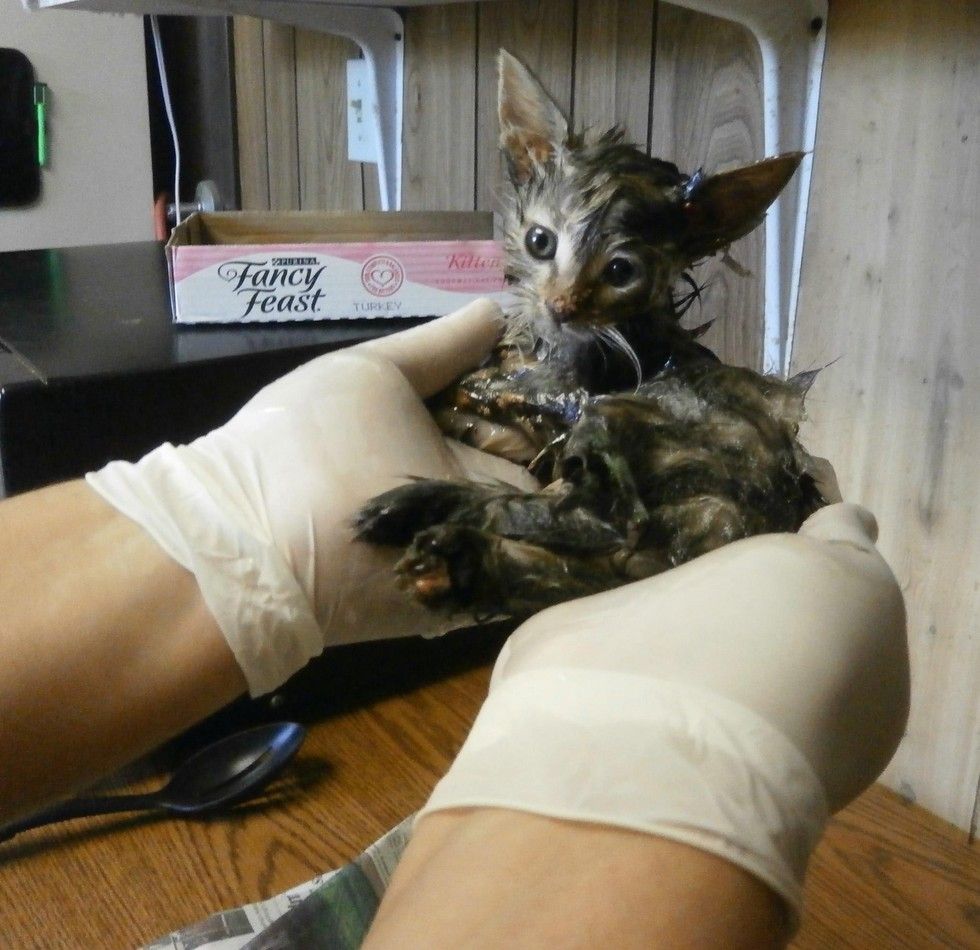 Cat House on the Kings founder/director Lynea Lattanzio and her staff spent countless hours working diligently to "unsticky" the adorable tabby girl who remained loving and full of purrs during the process.

She was washed with soap and water, then they tried mineral oil, peanut butter, and coconut oil to help remove the glue.

"After using Blue Dawn dish detergent, peanut butter, coconut oil, and corn starch, the staff realized that she smelled like a candy bar and she was named Almond Joy," Schreiber said.

Dusted with corn starch. Slowly but surely they were getting all of this glue off her. 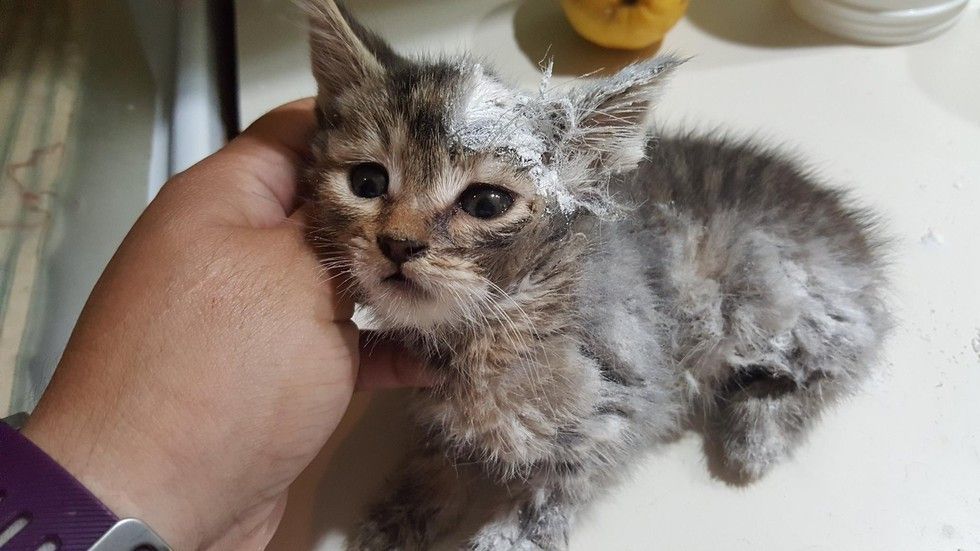 "Through all of this, she's been quite the trooper, rewarding us with sweet meows and happy purrs."


She was a purring lovebug through all of those baths and treatment. "A plucky little snugglemuffin." 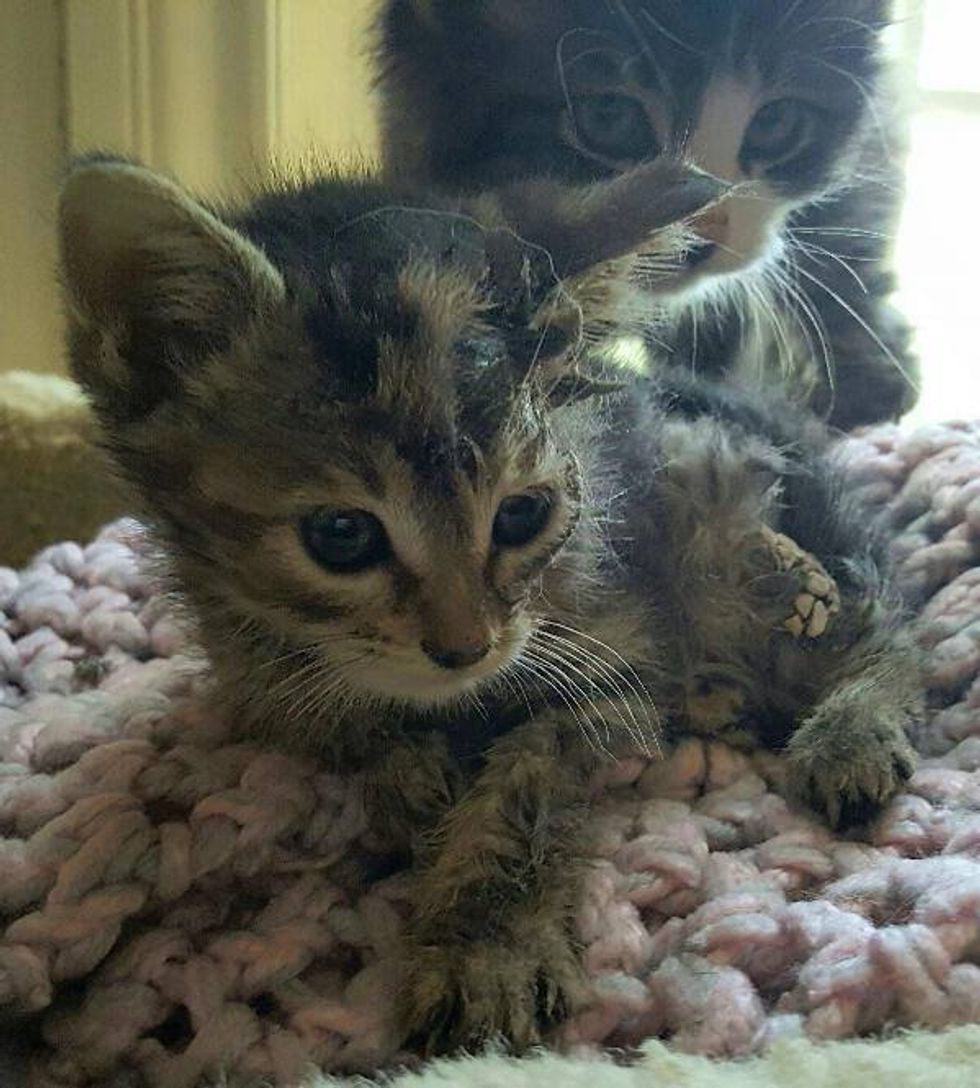 The Cat House on the Kings urges pet owners not to use these sticky glue boards anywhere that a cat (or dog) can become stuck. As Joy's fur grew out, she became an adorable fluff ball. 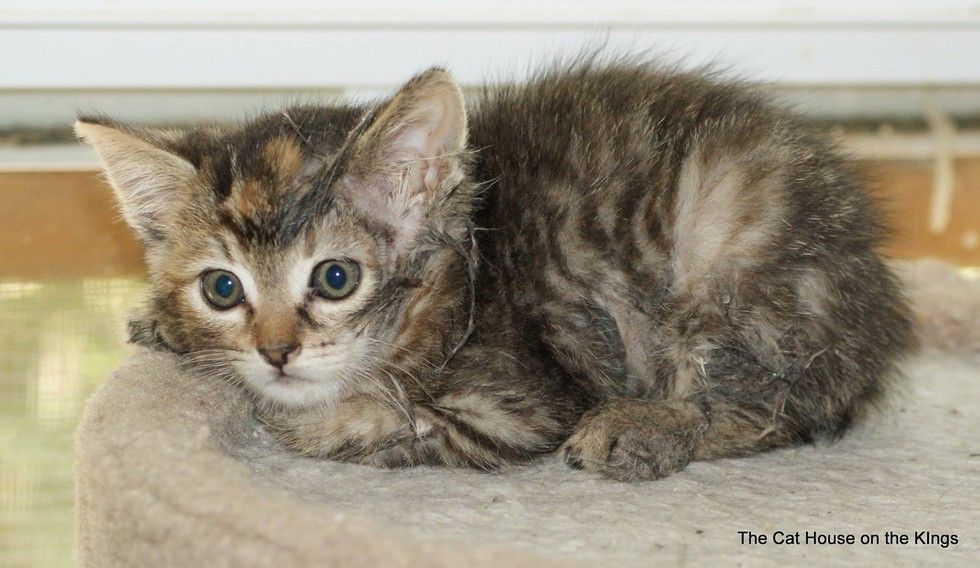 The Humane Society of the United States reports: "There are numerous reports of cats becoming stuck in glue boards and requiring veterinary help, sometimes surgery, to remove the board. Because of their agility, cats are able to access seemingly out-of-the way places, so it is dangerous to assume that a glue board can be placed safely out of the reach of cats." 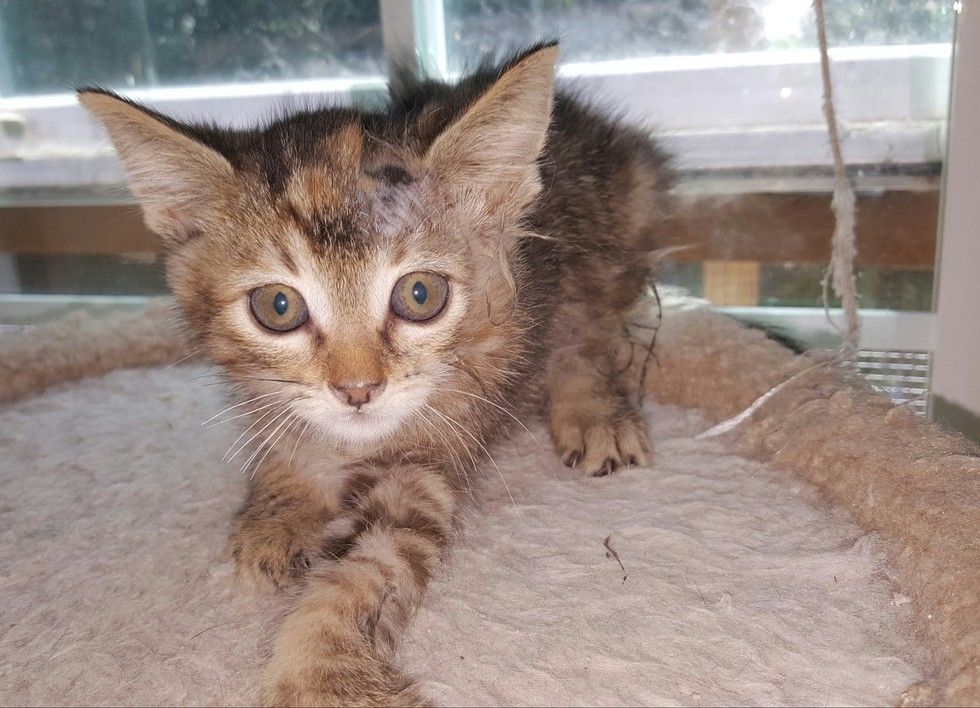 Nothing makes her happier than cuddling with her forever humans. She is so grateful for her new home and keeps giving love every day. 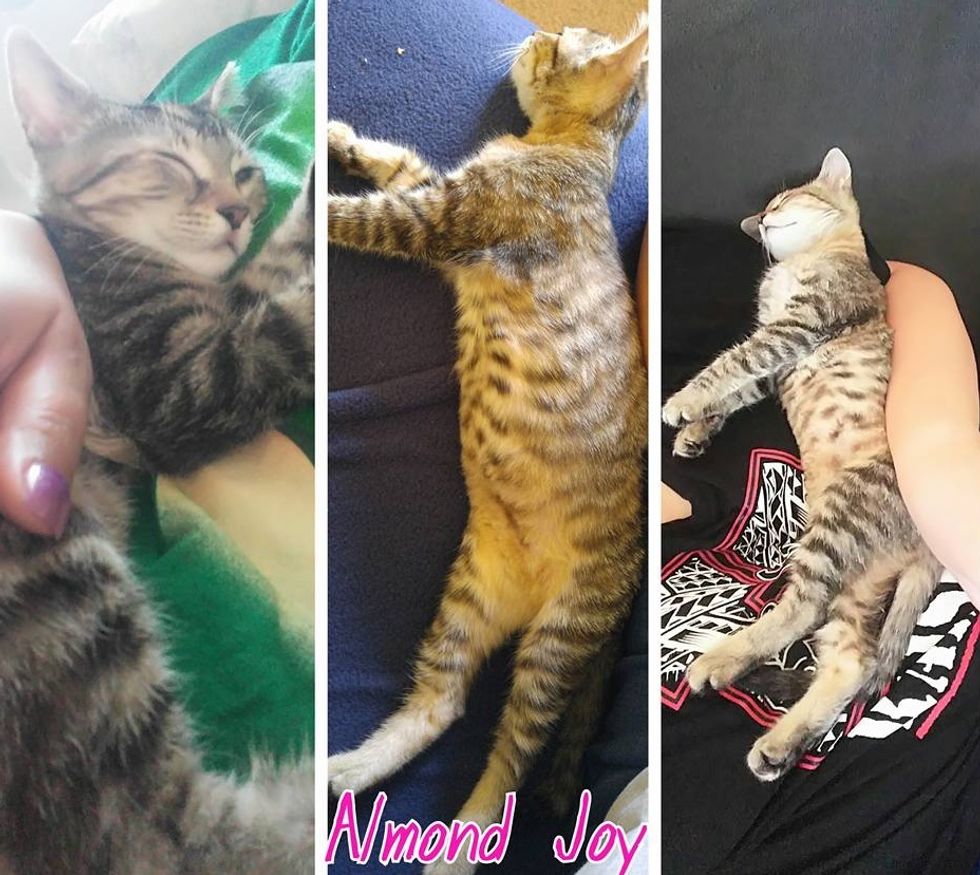 Little Almond Joy was saved from a "sticky" situation, and turned around by love. She hasn't stopped purring since the day they took her in.

The little sweet girl is still purring today in the loving arms of her forever humans. 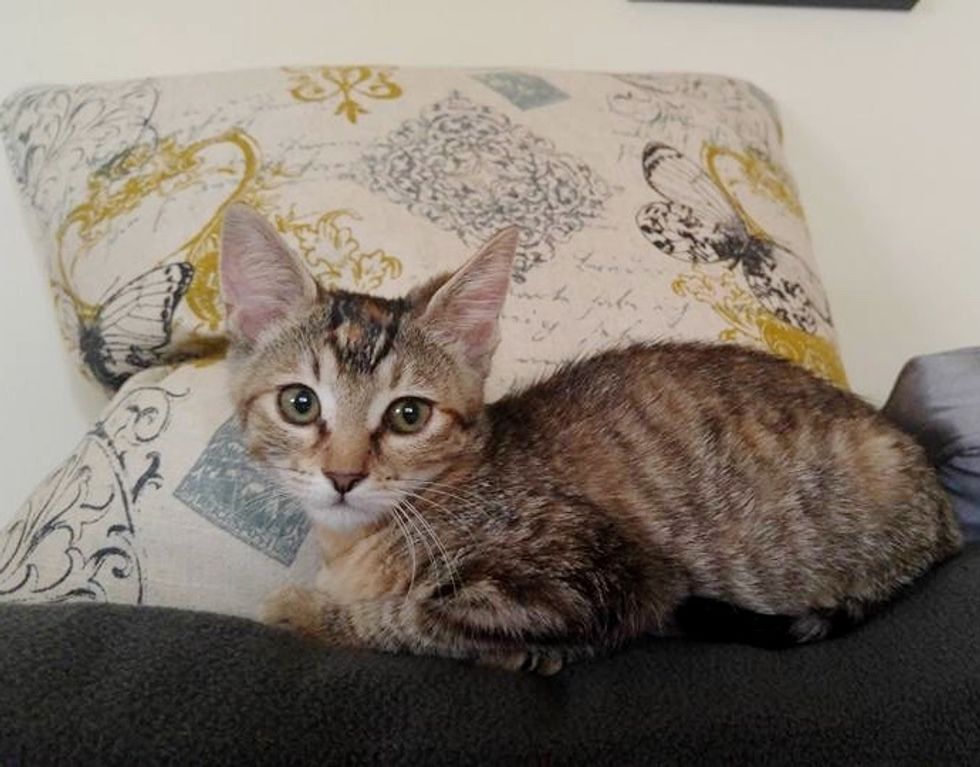