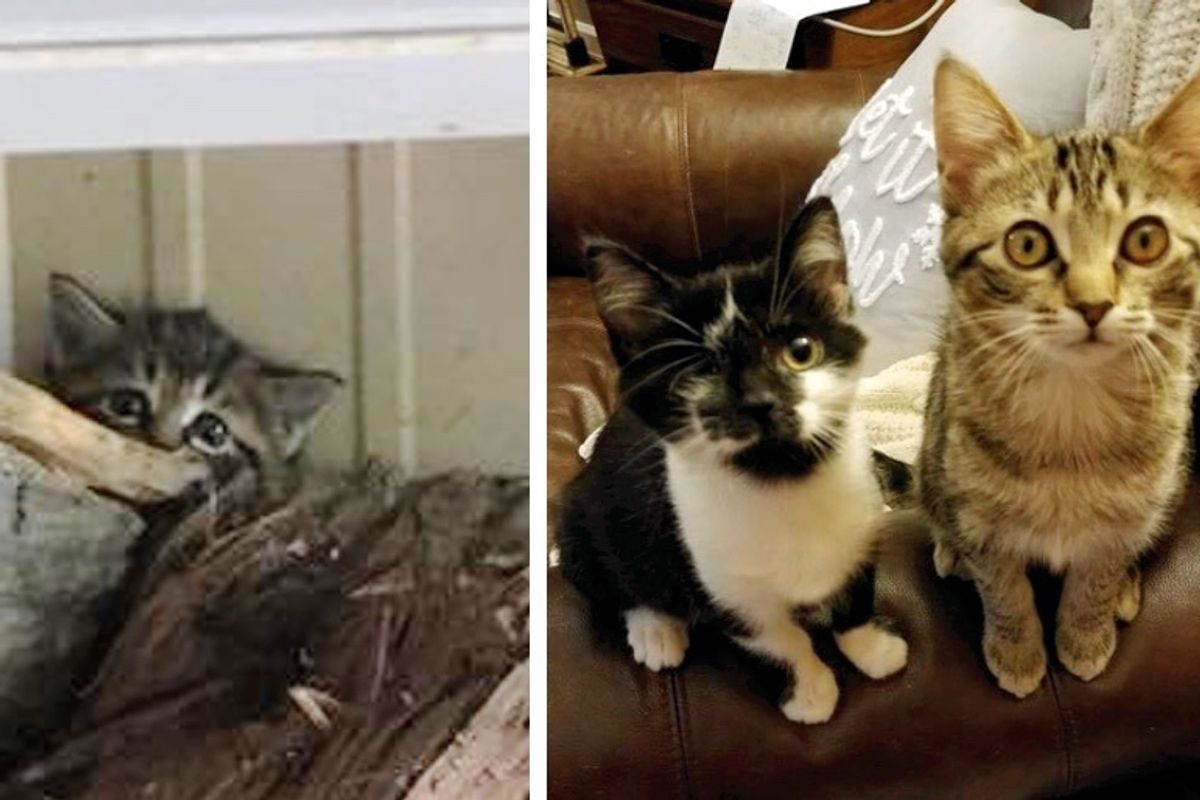 Shy Kitten Who Hid in Woodpile, Finds Courage with Help from One-eyed Cat

A shy kitten who hid from everyone, met a one-eyed cat — she began to learn to trust. 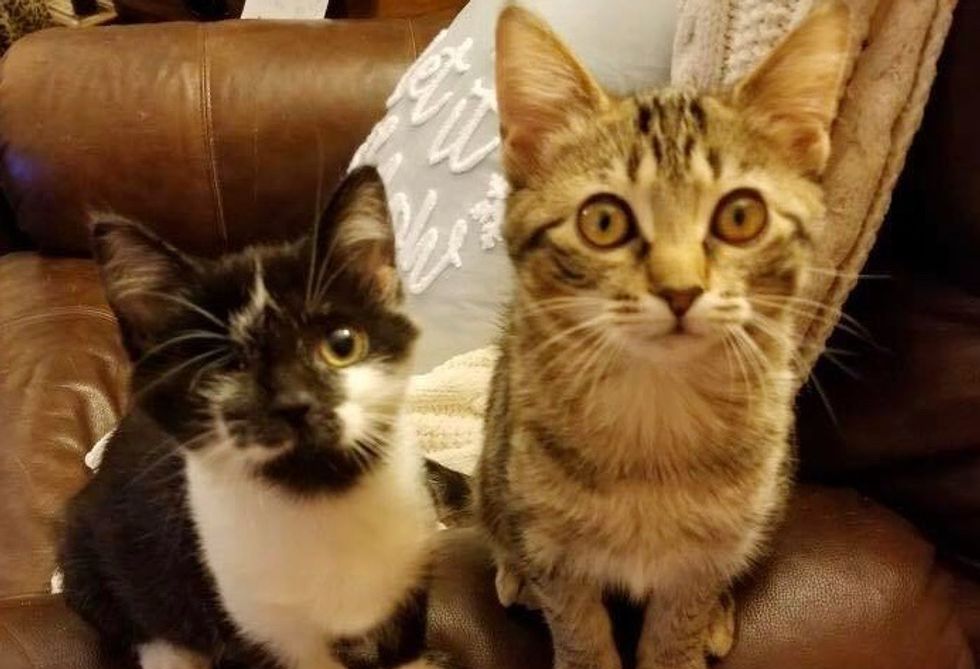 Here Kitty Kitty Rescue, an Indiana-based rescue group, was contacted about a pair of orphaned kittens. A feral cat was moving them across the street when she was sadly hit by a car. A Good Samaritan found the kittens and reached out to the rescue for help.

When volunteers arrived, the shyer one of the two (named Poppy) was hiding in a woodpile and refused to come out. "She was completely unsocialized to people and very fearful," Missy McNeal of Here Kitty Kitty Rescue told Love Meow.

Once Poppy was brought to her foster home, she immediately retreated and didn't want to be near anyone. 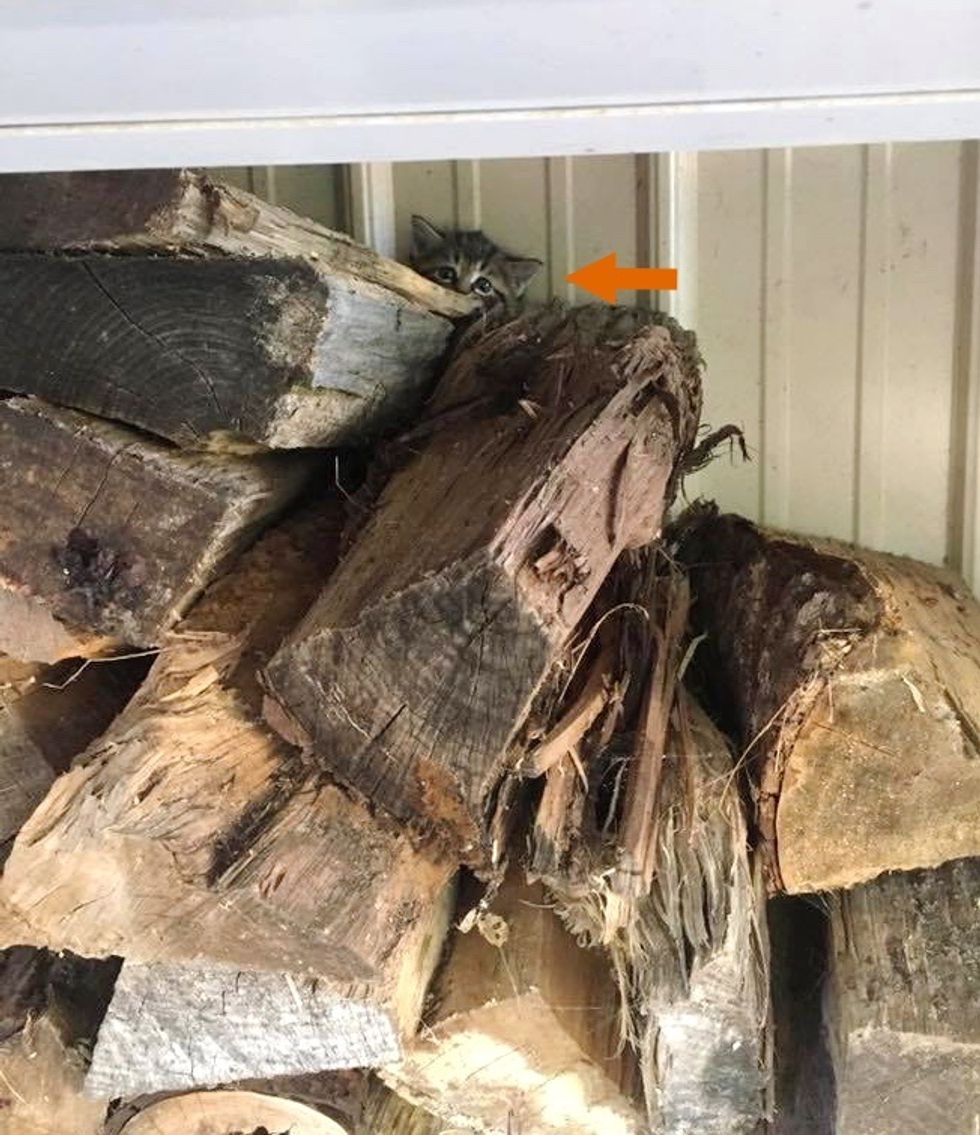 Around the same time, another kitten came to the rescue with a similar background. Phoebe, a tuxedo, and her brother lost their mom on the road and came to the rescue for a chance at a better life. She was in poor shape and had a severely infected eye which was later removed.

Phoebe quickly bounced back after surgery and came to join other kittens in her foster home. That's when she noticed the shy tabby who was hiding away, trying to be invisible. 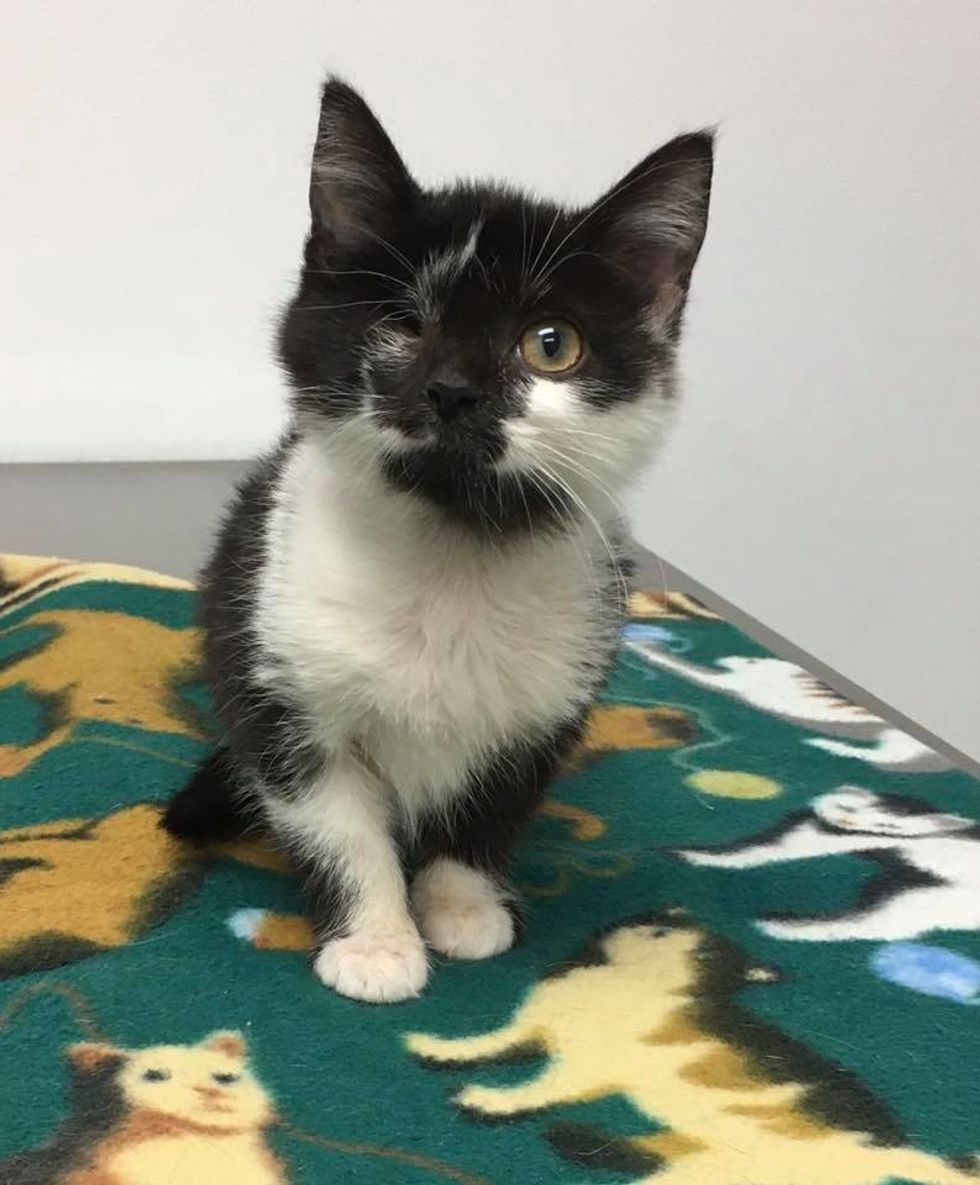 "Phoebe went to her first, to see what she was doing and why she was hiding," Missy told Love Meow.

She kept coming back to check on the shy tabby as if she was trying to get her to play. Poppy eventually mustered up enough courage and ventured out to find her friend. 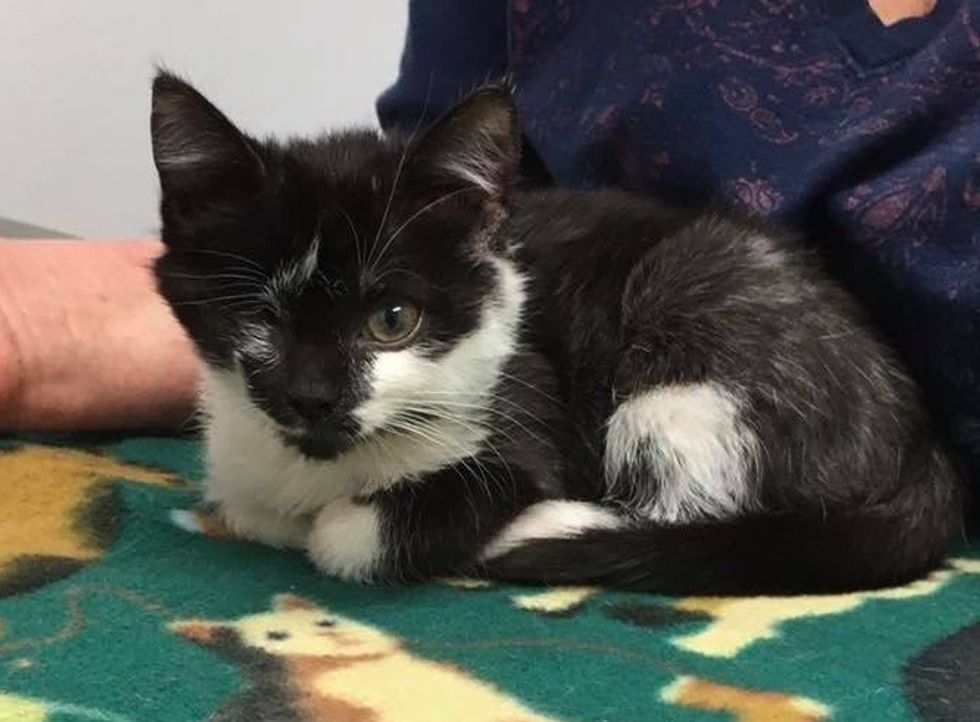 "She trusted Phoebe immediately and began to watch how she interacted with humans. Soon they were running all over their foster mom's house — the best of friends."

Poppy has come out of her shell with help from the one-eyed tuxedo. She still doesn't like to be picked up but has learned to trust. "She is completely content snoozing the afternoon away on a warm lap." 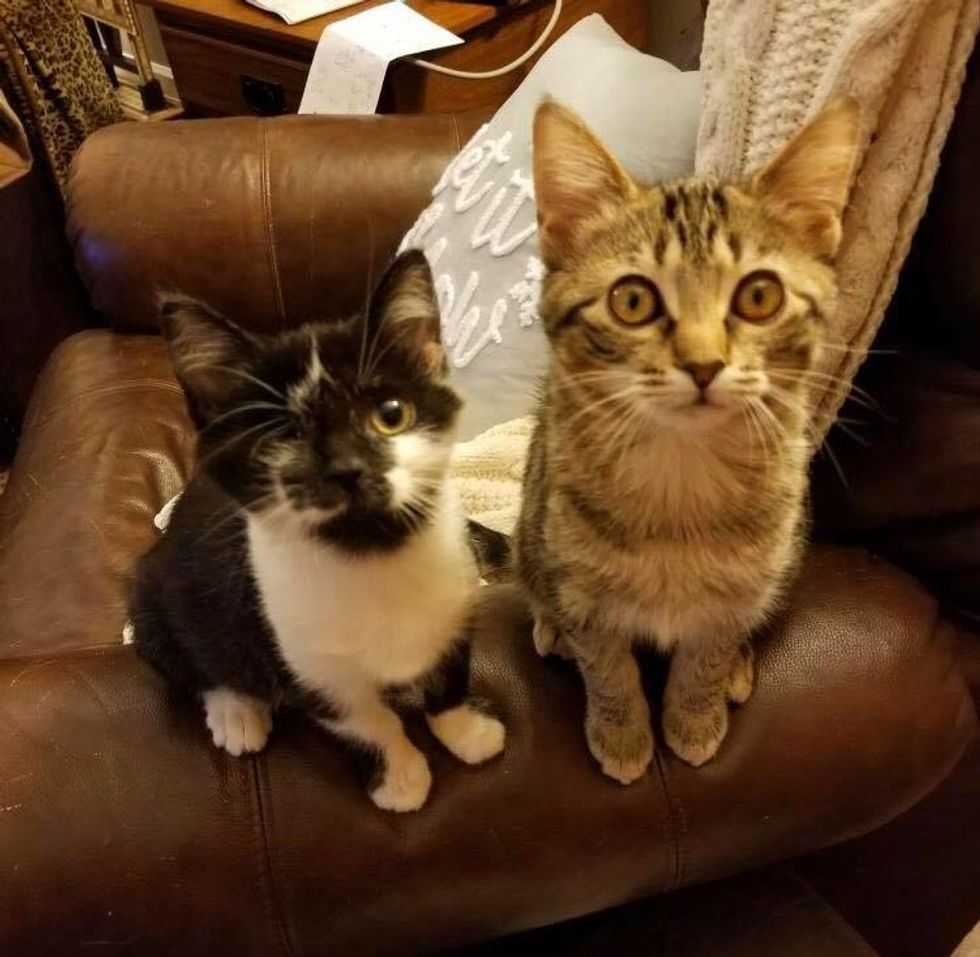 Poppy depends on Phoebe and would be very fearful without her. "She is still very skittish around strangers, and needs to know a person before she trusts them," Missy told Love Meow.

"Even those girls aren't related, they both had a very rough start to life and have bonded to become 'sisters'. Phoebe is friendly and outgoing, but Poppy is very shy with new people." 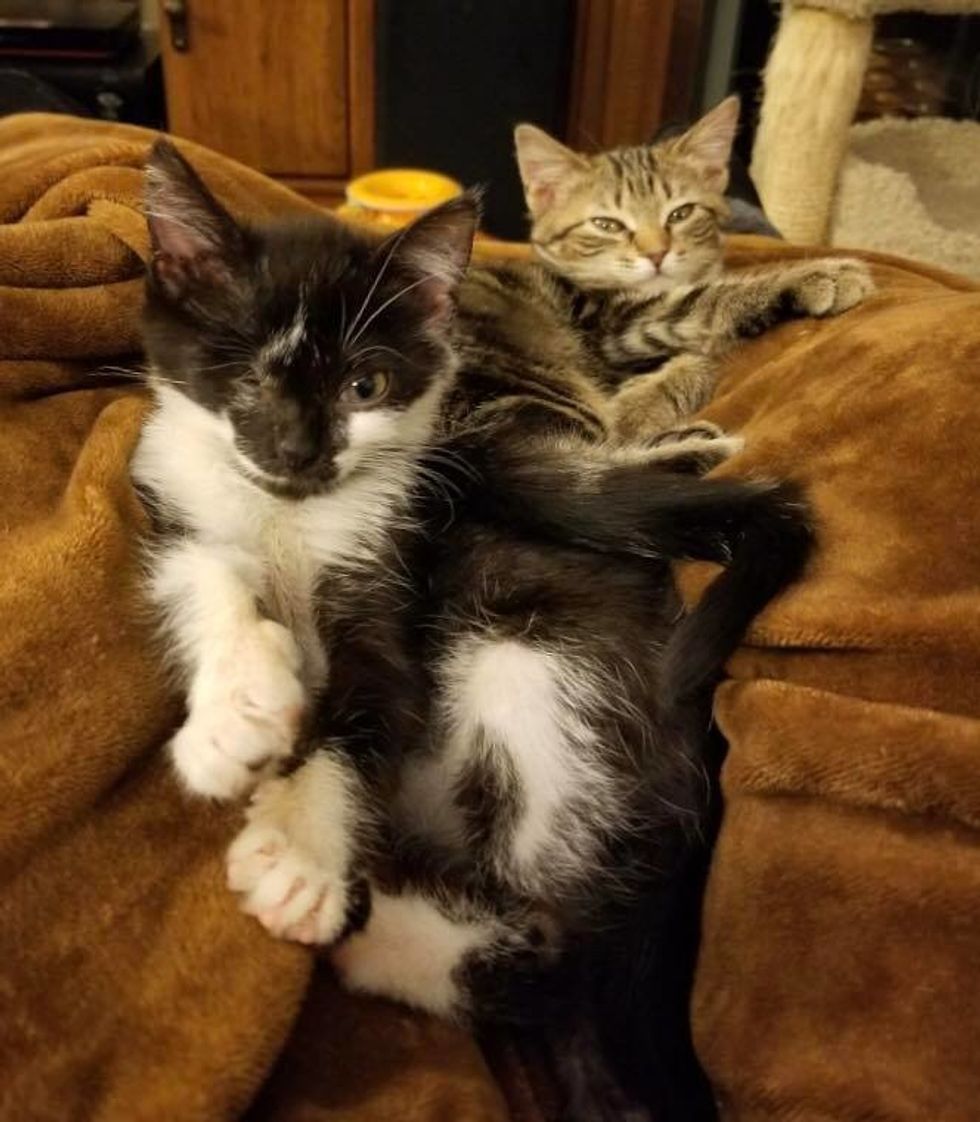 Poppy loves nothing more than running around playing with Phoebe. She's always near her sister, following her everywhere she goes.

Both kittens' own siblings have been adopted, and they are ready to find a place to call their very own — a quiet, patient home that allows Poppy to settle in at her own pace. 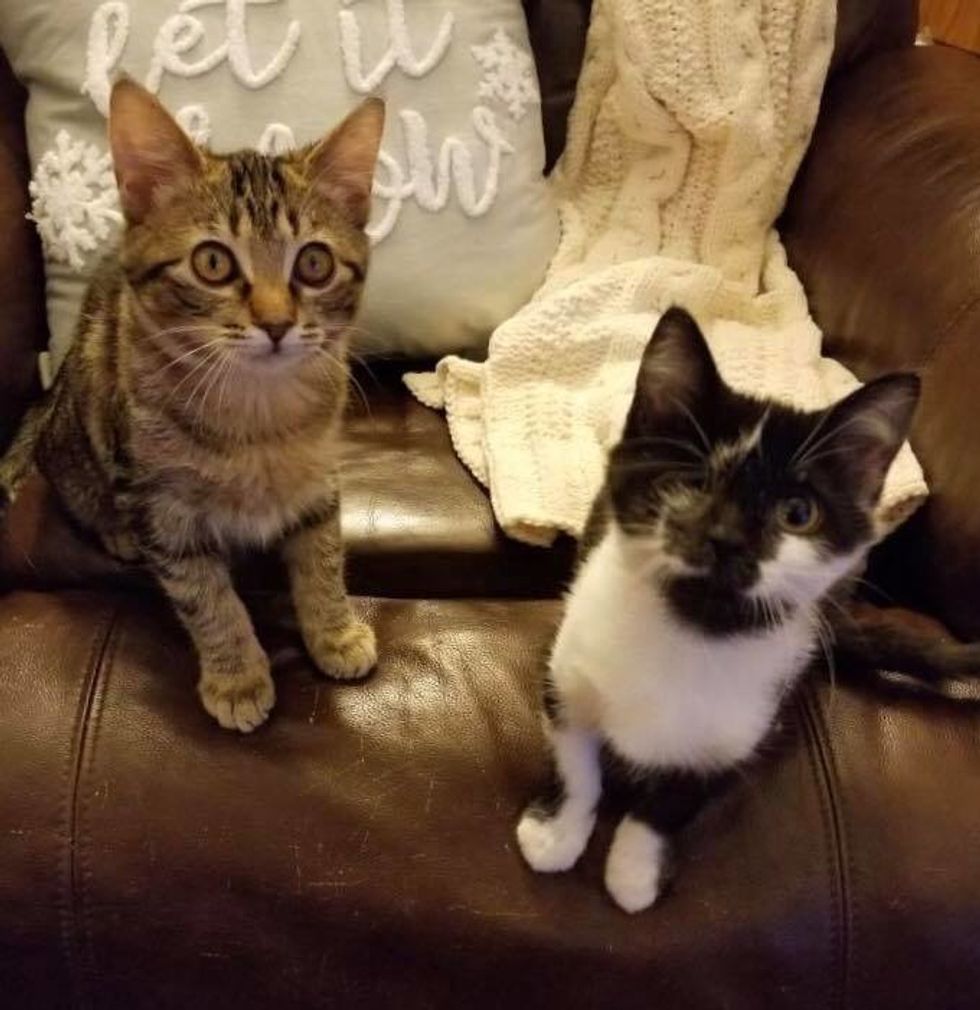 "We are looking for an adoptive home where the two girls can stay together forever," Missy told Love Meow.

Poppy is thriving and no longer hides from her foster parents. She is so happy to have Phoebe by her side. 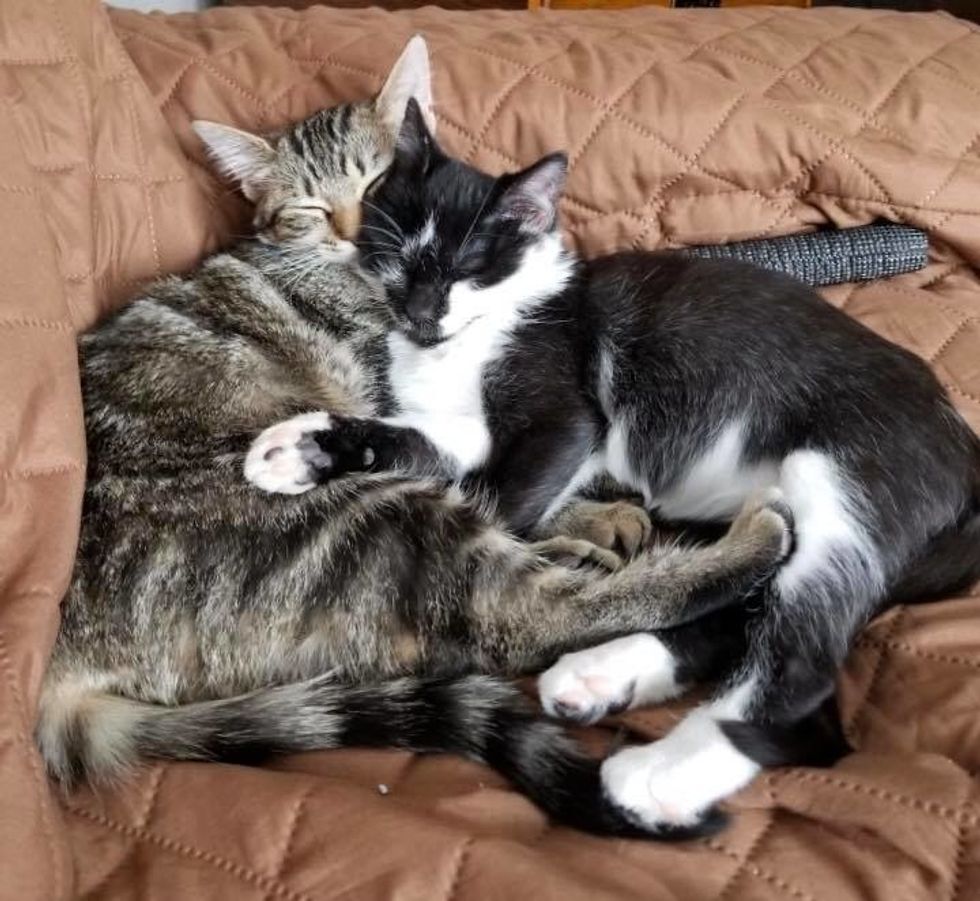 Related story: Kitten Insists on Being Friends with Cat and Wouldn't Take No for an Answer