A rescued cat was so shy that all he wanted was to hide until he met these three little kittens. 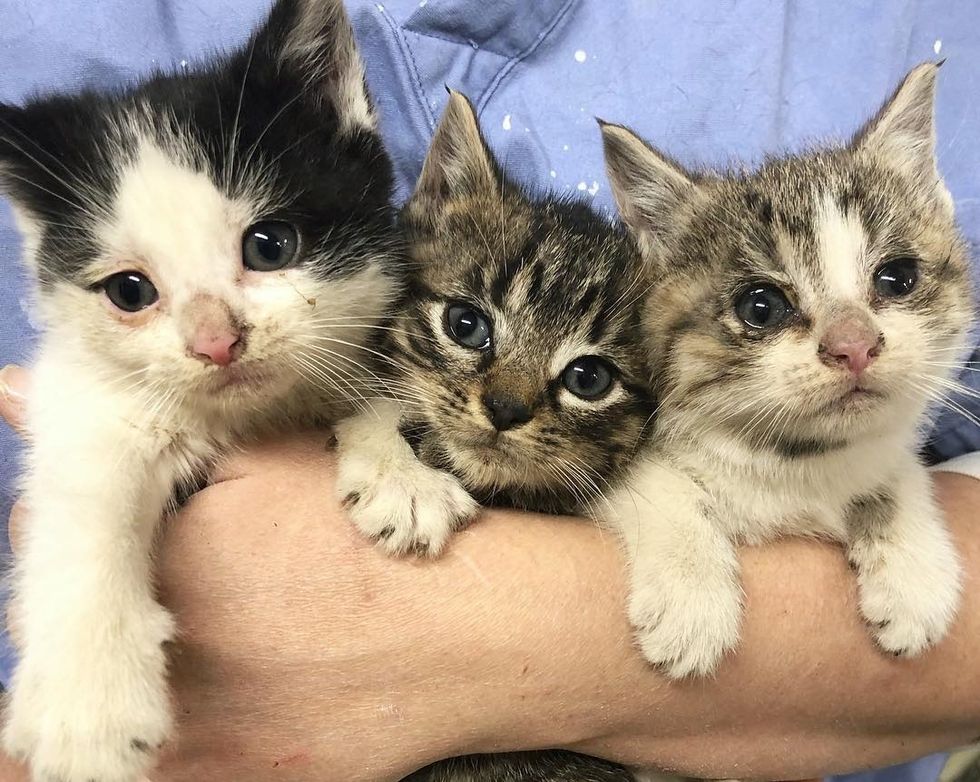 Goose the ginger cat was rescued during a TNR (trap-neuter-return) project by Brooklyn Bridge Animal Welfare Coalition (BBAWC). After spending most of his life on the streets, he was finally brought into a safe indoor environment. But after the long ordeal, he was very timid, trying to be invisible.

"We wanted to give Goose some time to try out the indoor life even though he was so scared of us at first," Julia Rosenfeld of BBAWC told Love Meow. "He's not a feral, so he must have had or at least witnessed some human kindness."

They knew deep down inside, he wanted to be loved — he just needed some help to get there. 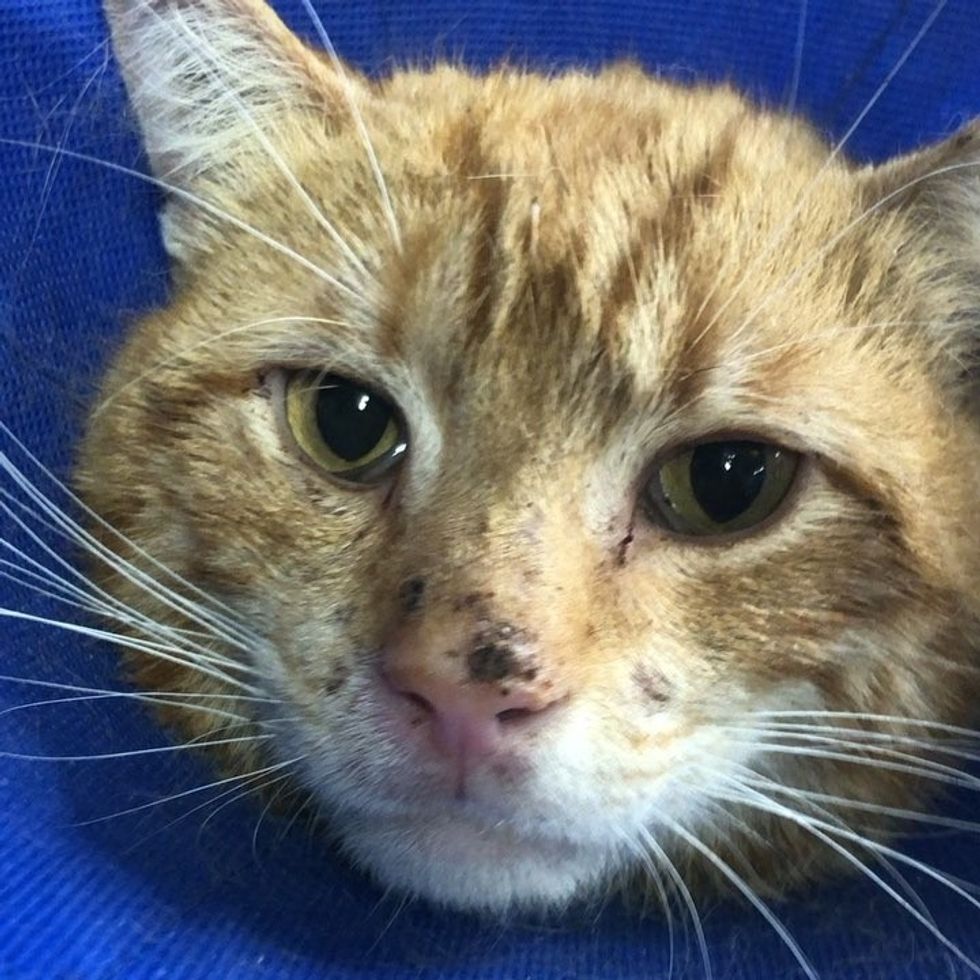 The ginger boy had surgery due to some complications and had to wear a cone for two weeks along with daily medications. "This definitely didn't help him learn to love us," Julia added.

"When Goose was scared or didn't want us to medicate him, he didn't hiss. Instead, he would just close his eyes and pretend he was hiding." 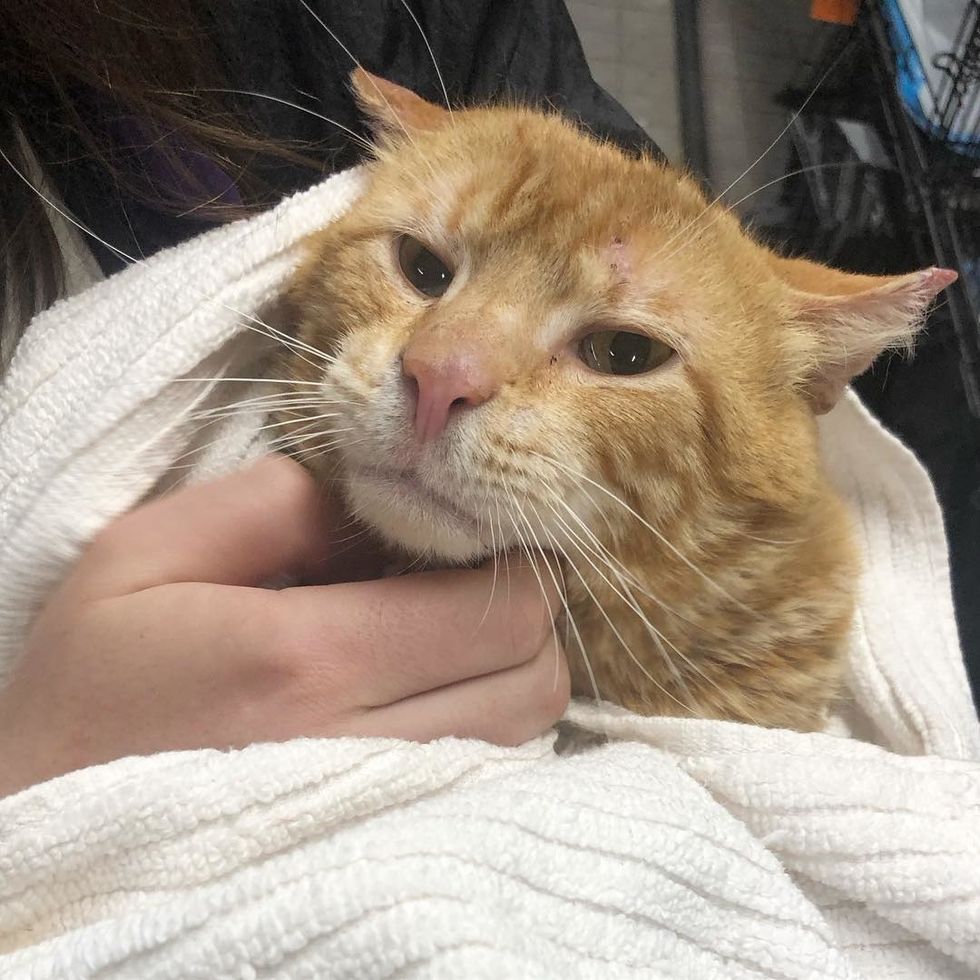 A few weeks later, they decided to introduce him to a feline friend to help him socialize. "We thought he might do better with a friend as a lot of shy cats really enjoy a feline companion," Julia told Love Meow.

They tried pairing him up with a couple of very friendly and calm kitties who were excited to meet him. "But poor scared Goose was too overwhelmed by either of them."

Meanwhile, the rescue took in a litter of three 6-week-old kittens who desperately needed socialization. 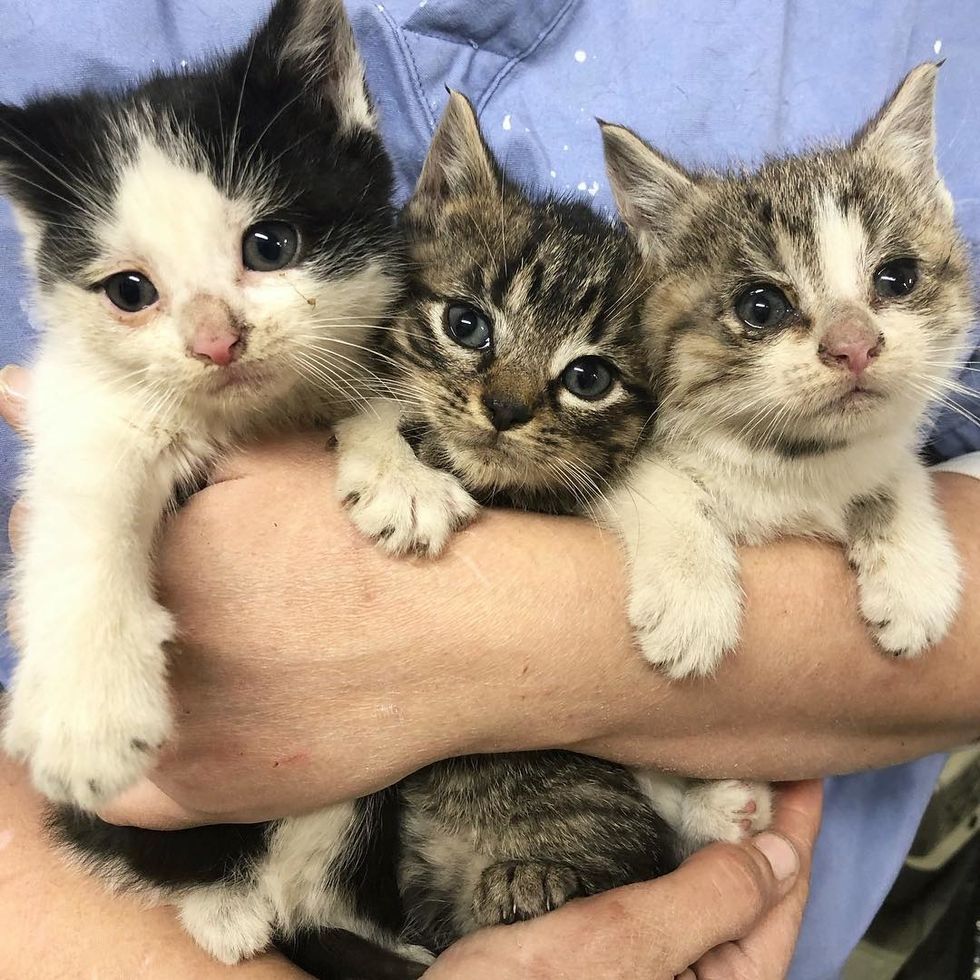 They were born to a feral cat mom and had very little human contact. After they were weaned, they were brought to meet Goose.

"We stuck the kittens in with Goose — and it was love at first sight." 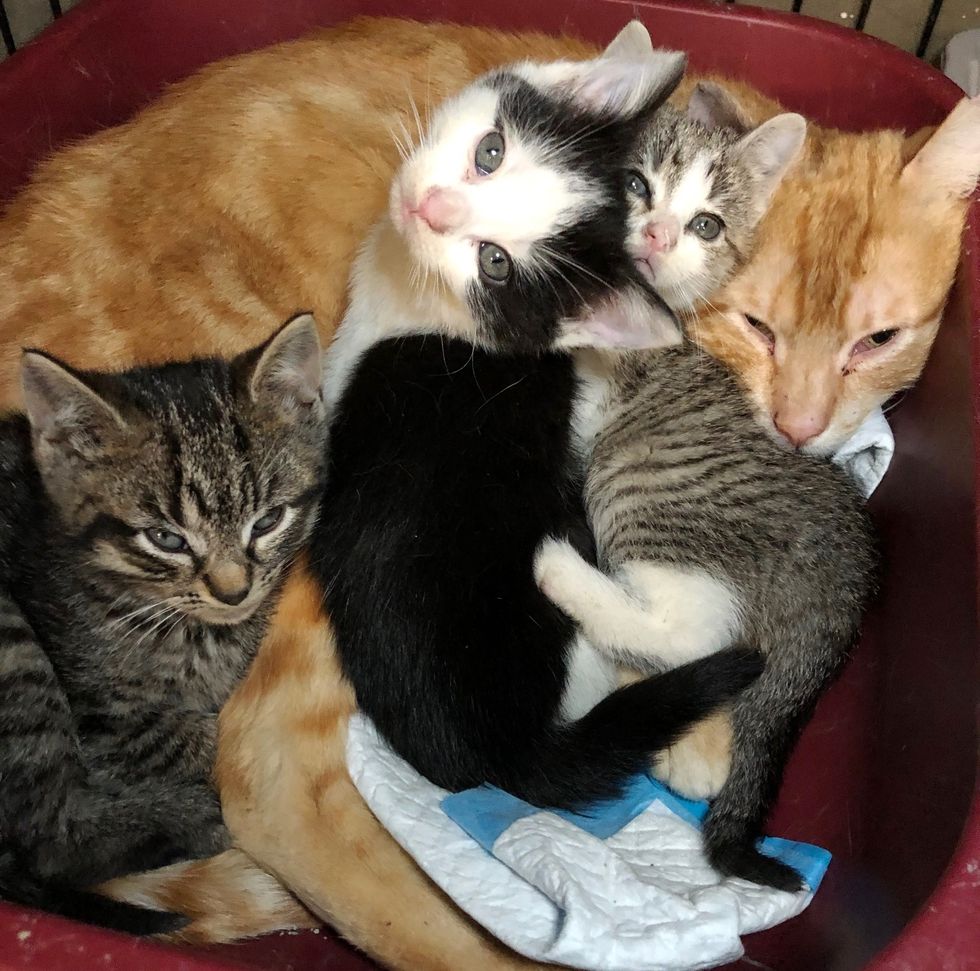 Goose was curious about the little purr machines who snuggled right up to him and started kneading. He didn't try to hide at all and even started to relax and enjoy their company.

Watch Goose and his kittens in this cute video:

"The kittens love cuddling with Goose and playing with his ears. He loves to watch them play and grooms them when he doesn't think we're watching," Julia told Love Meow.

The sweet ginger boy is slowly coming out of his shell with help from his little friends. 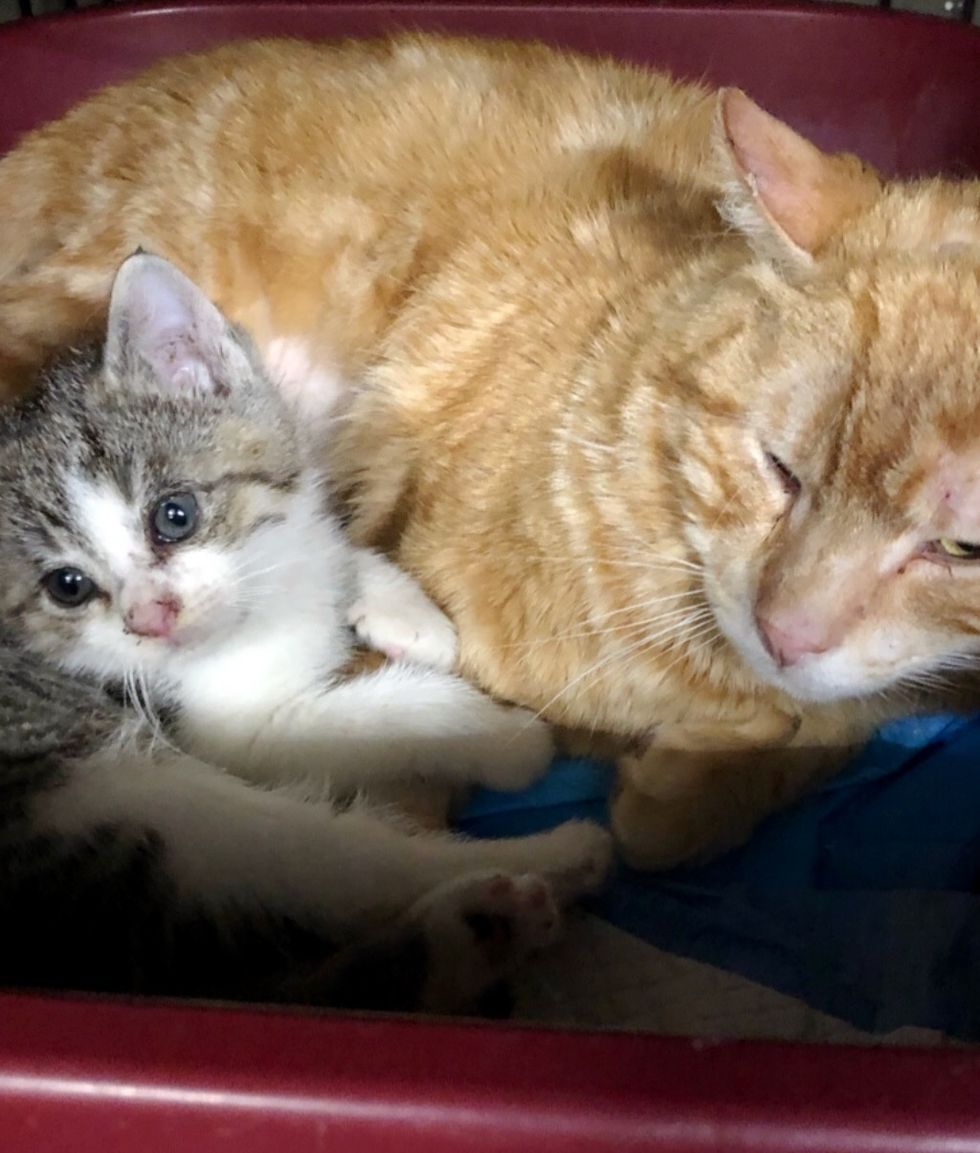 Sometimes, the kittens even try to nurse on him. 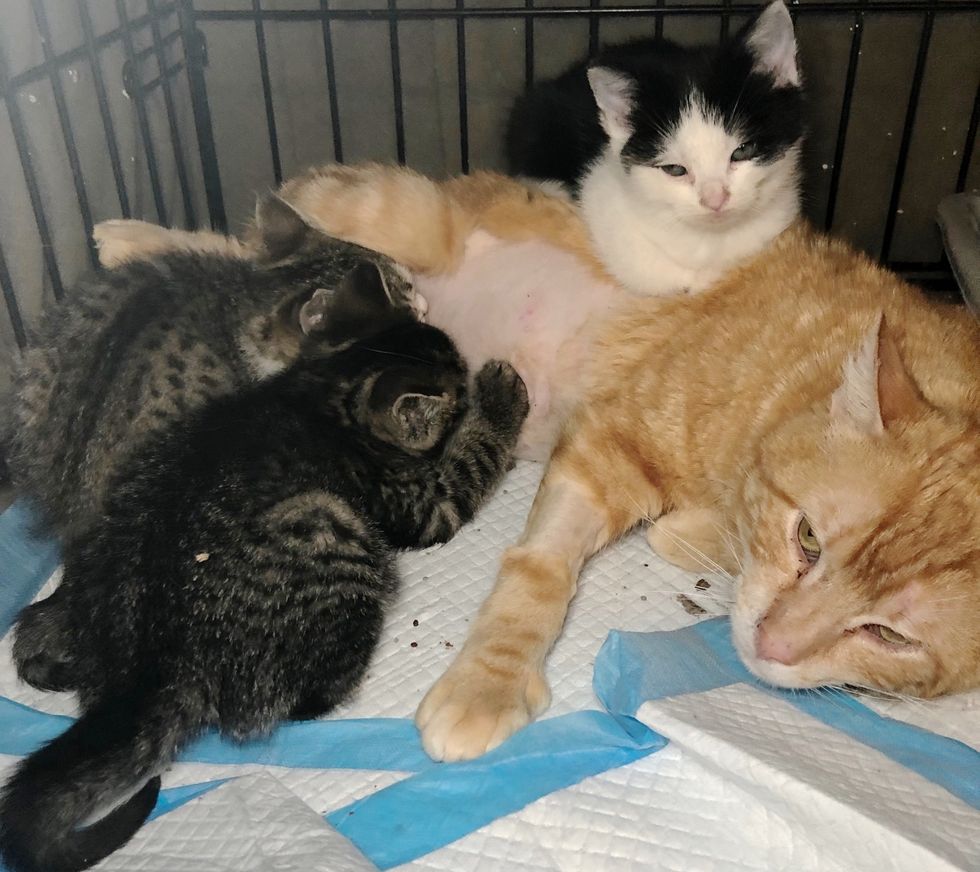 Before, Goose had trouble using the litter box as he was so afraid that he froze in fear.

With the kittens around, he can sit a bit straighter, stand a bit taller and doesn't miss the litter box now that he has gained confidence through the help from the kittens. 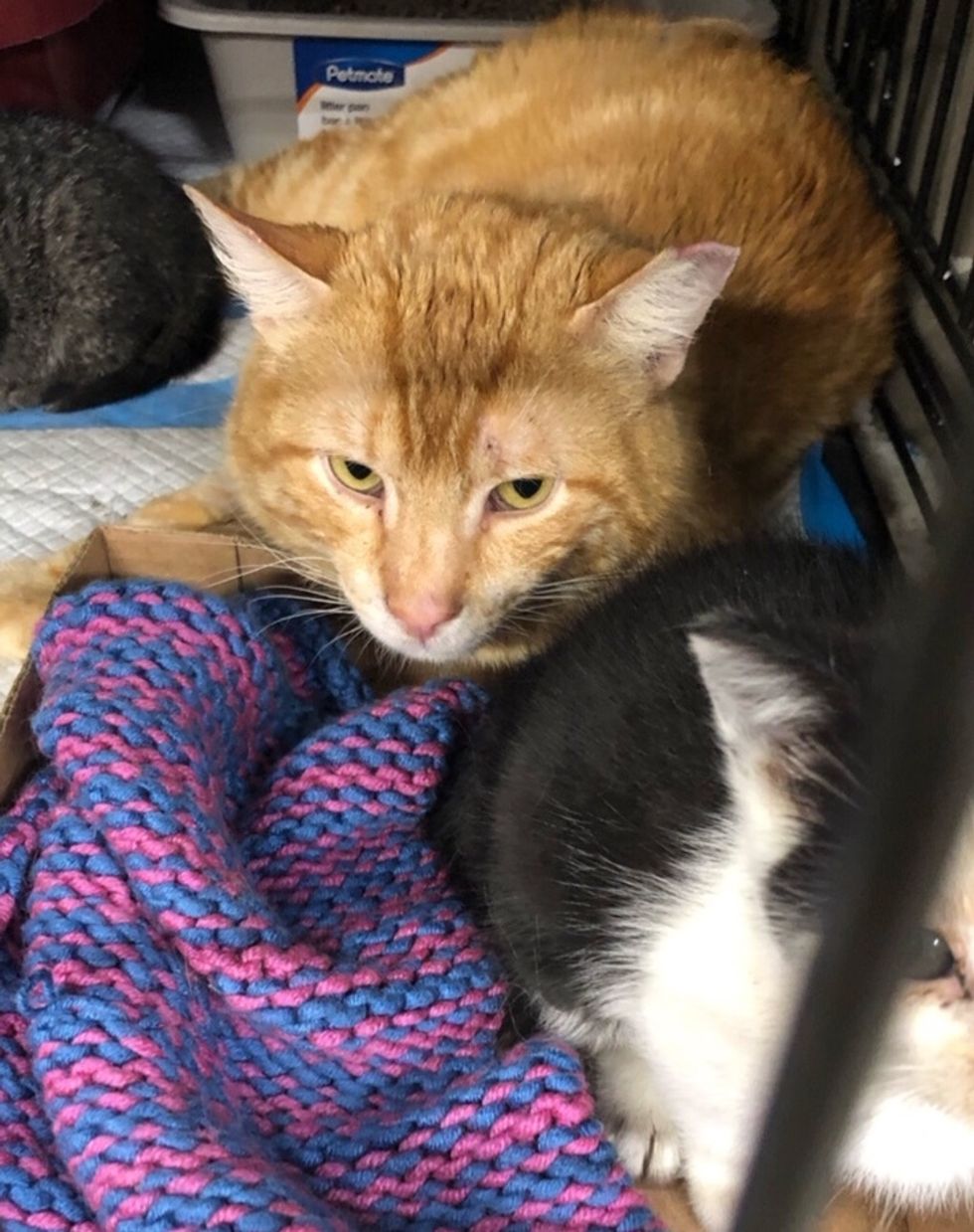 This adorable feline family is going to their foster home next week.

"It's super cute because this volunteer usually takes a nursing mom and kittens," Julia said. "I asked if they could take a nursing uncle and kittens instead." 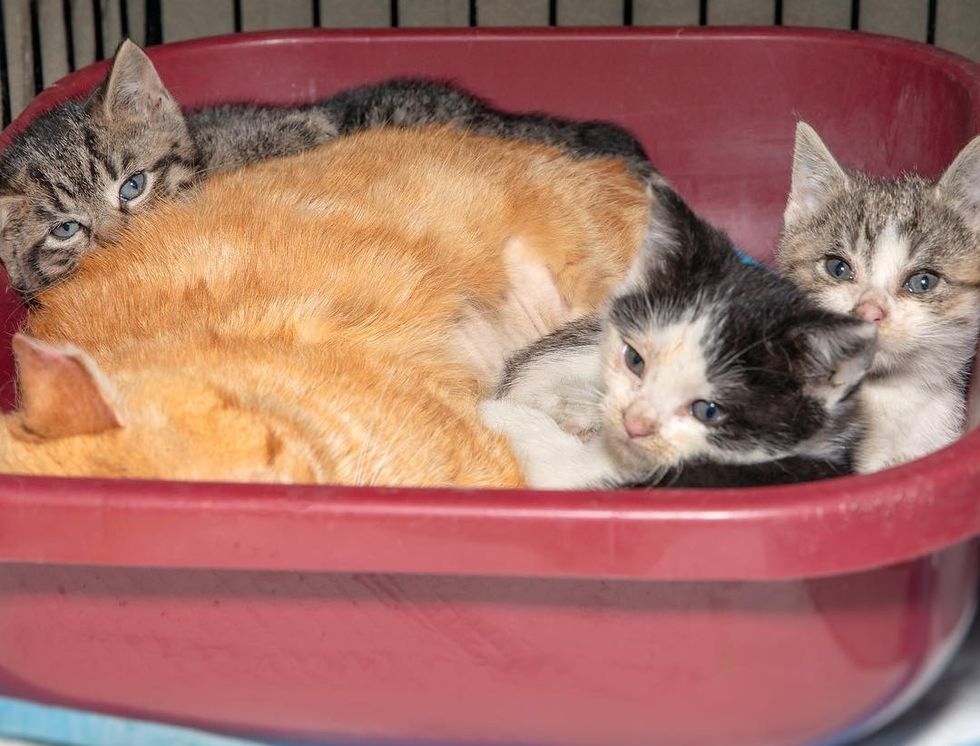 "We're excited for the kittens to help Goose adjust to his new surroundings." 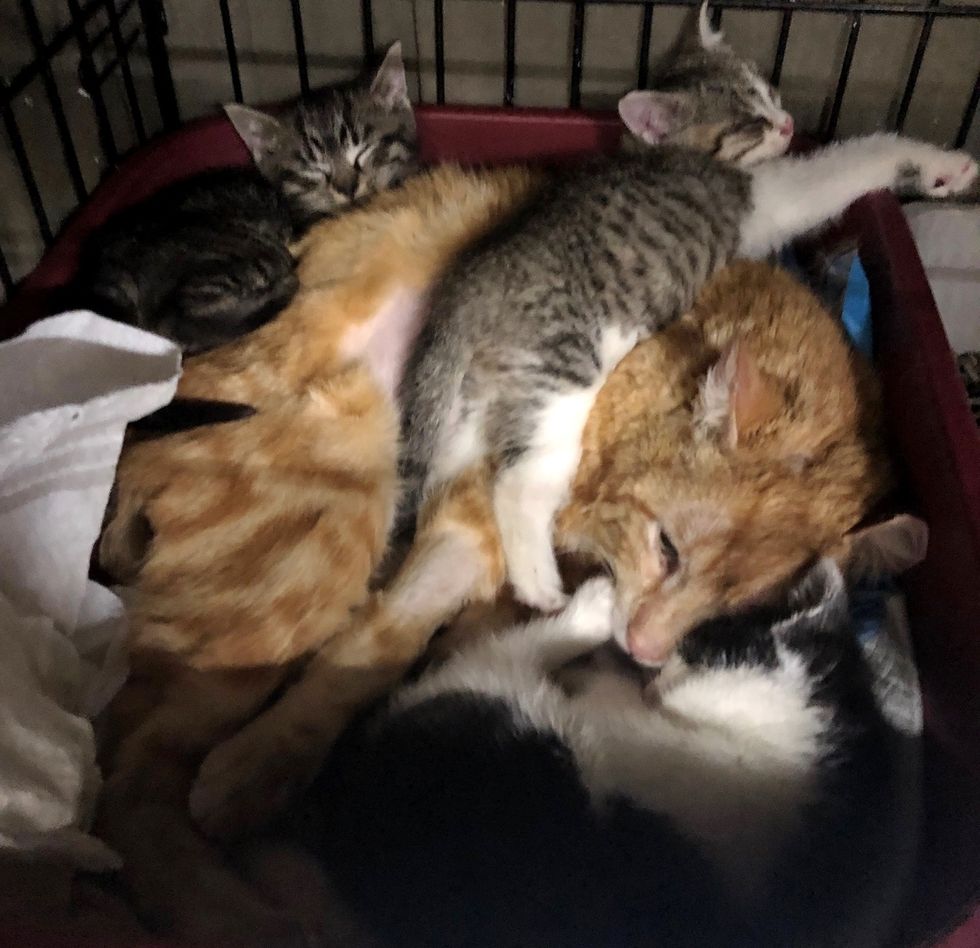