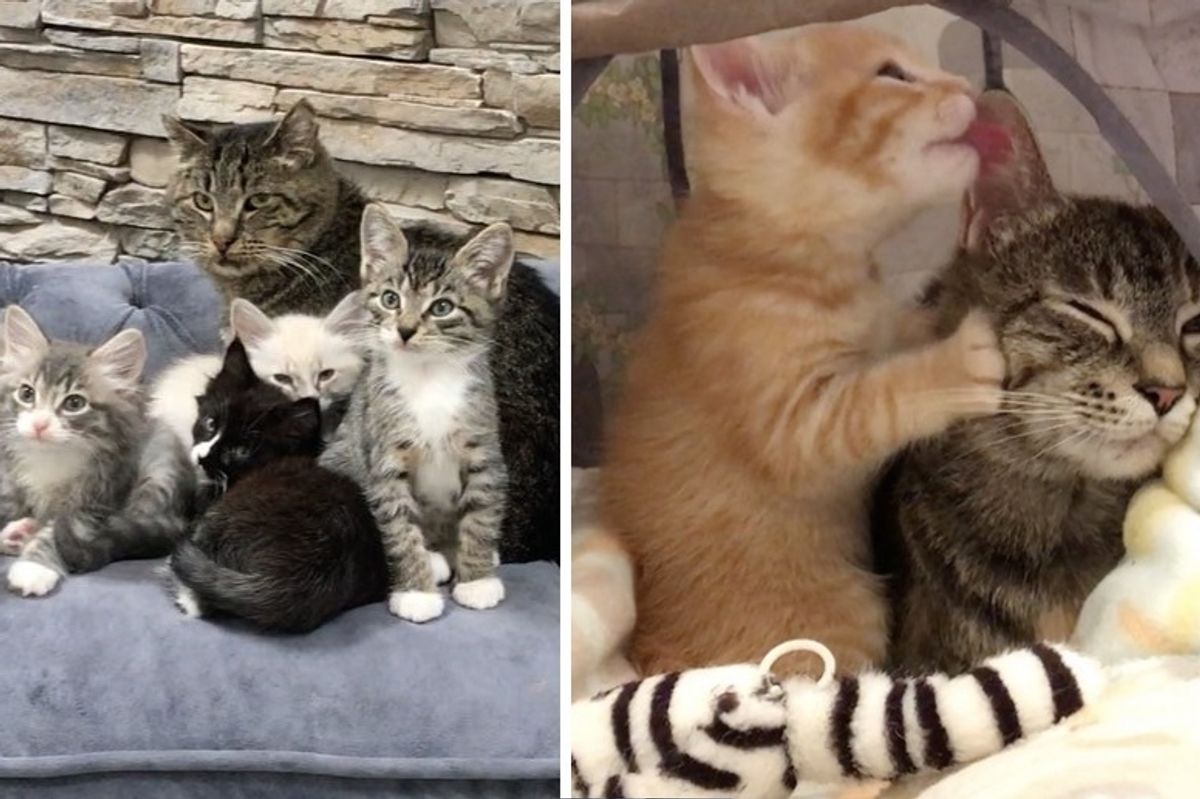 When a group of TNR (trap-neuter-return) rescuers from British Columbia, Canada found an emaciated old cat, they knew they had to save him. 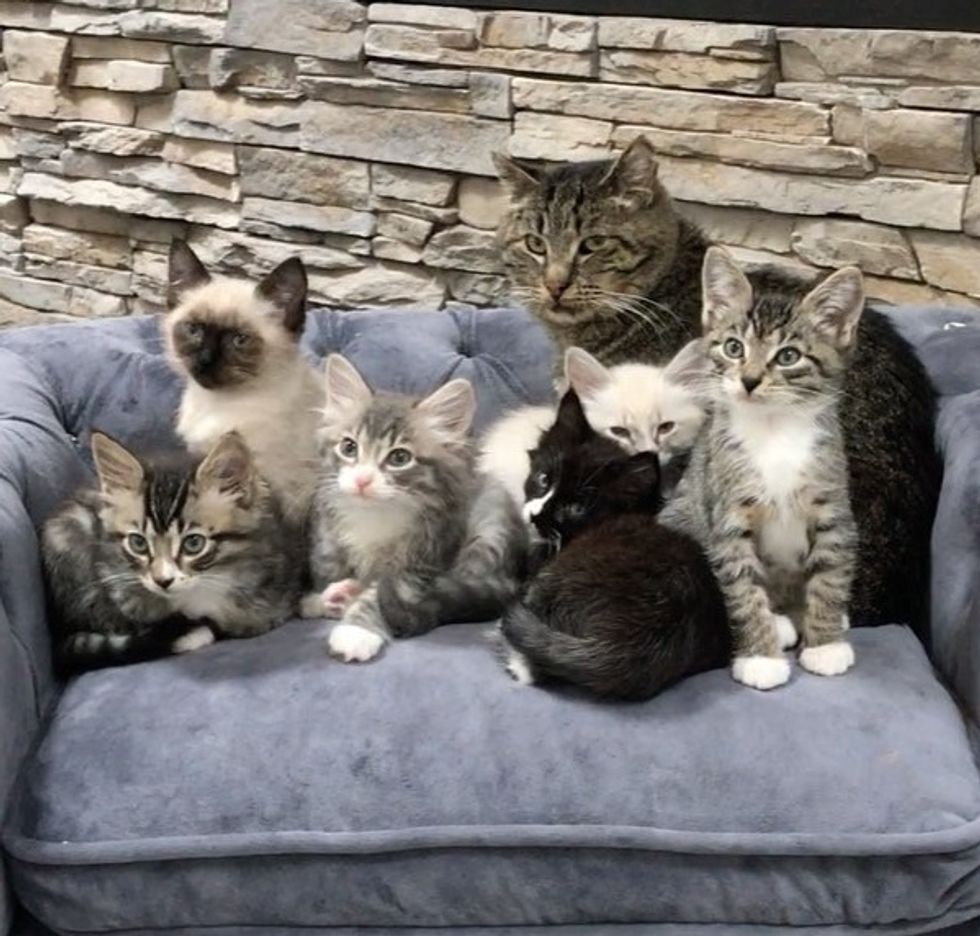 Mason the cat was spotted two years ago as an injured feral cat from a cat colony. Rescuers from TinyKittens, a rescue group based in Fort Langley, British Columbia, trapped him and brought him to the vet.

They discovered that he had terminal illness but refused to give up. "A surprise diagnosis of advanced terminal kidney disease meant we couldn't return this fierce warrior to his home in the wild due to daily medical and feeding regimens with a special diet," TinyKittens wrote.

Not knowing how long he would be with them, they were surprised by what eventually gave him a reason to fight on. 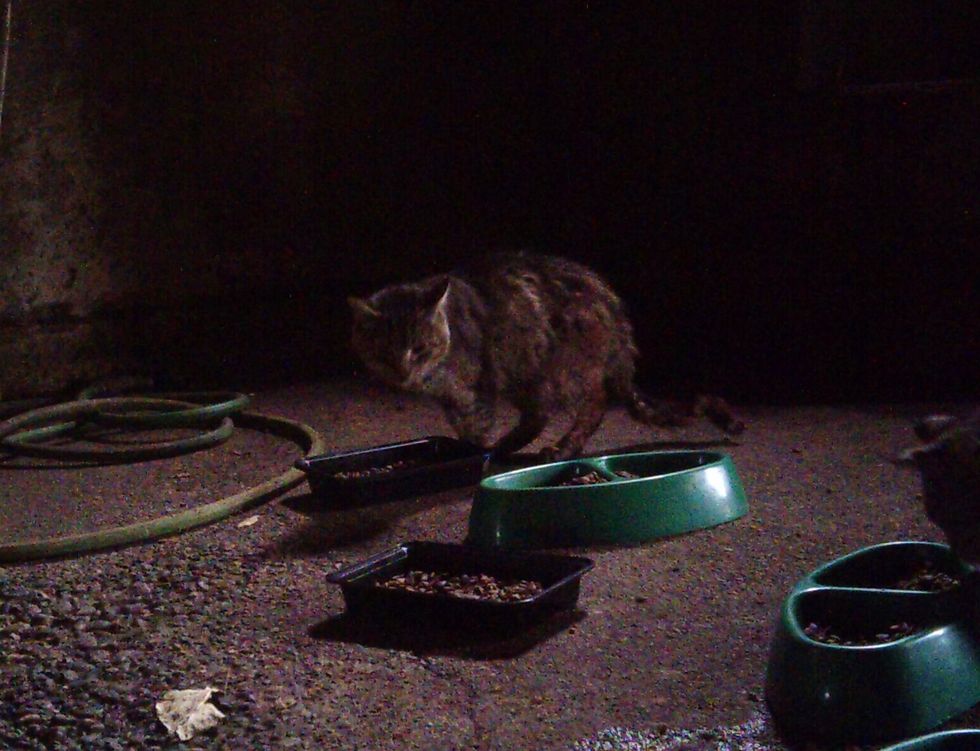 Manson was found covered in battle scars which indicated how hard he had fought to survive this long. "We felt Mason deserved a chance to experience comfort and freedom from pain in his sunset months."

They didn't know if he would accept life indoors, but they wanted to try. As the tabby cat healed, he adjusted to living inside a home much better than expected. "What happened next shocked us." 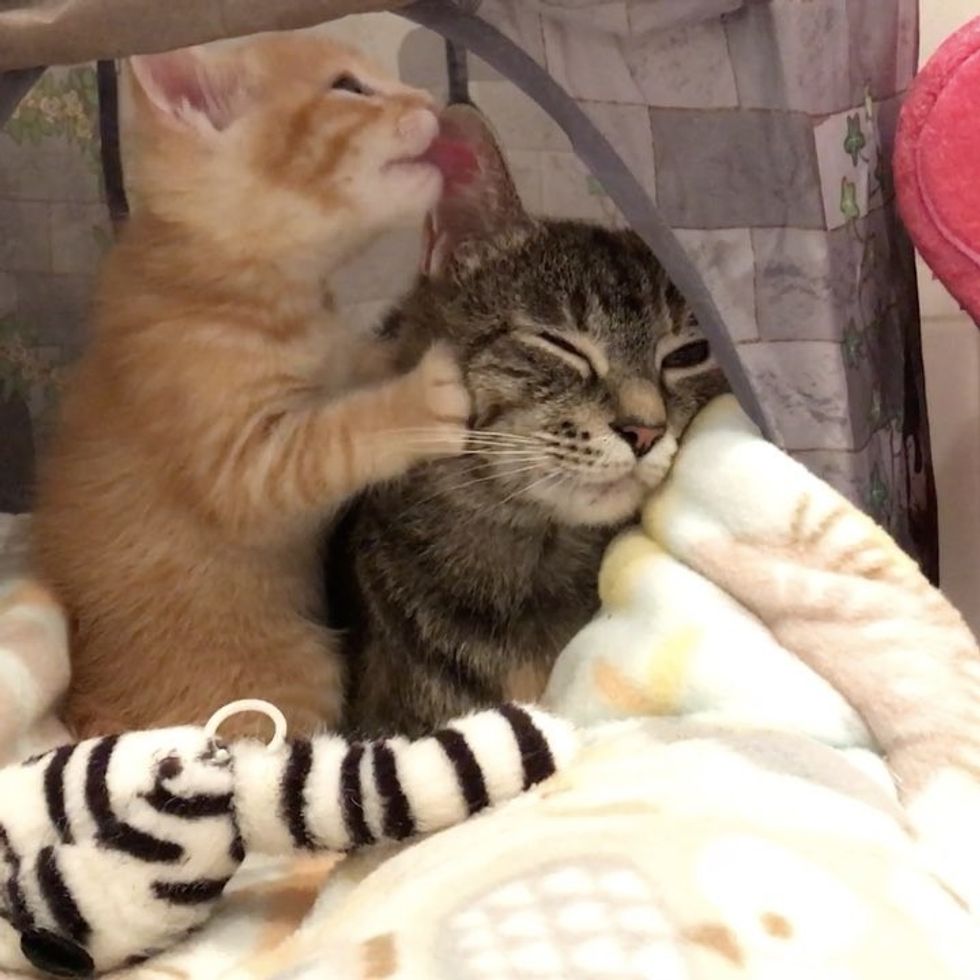 One day, Shelly Roche of TinyKittens and her team decided to introduce Mason to some rescue kittens. "His life suddenly was complete. He had a purpose again, and every day since he met his first litter, we have seen a carefree kittenhood emerge that he clearly never had a chance to experience growing up feral."

Mason fell in love with the kittens and showered them with baths and snuggles. He taught them manners and let the orphaned kitties "comfort nurse", and chased them around the house as if he was a kitten all over again. 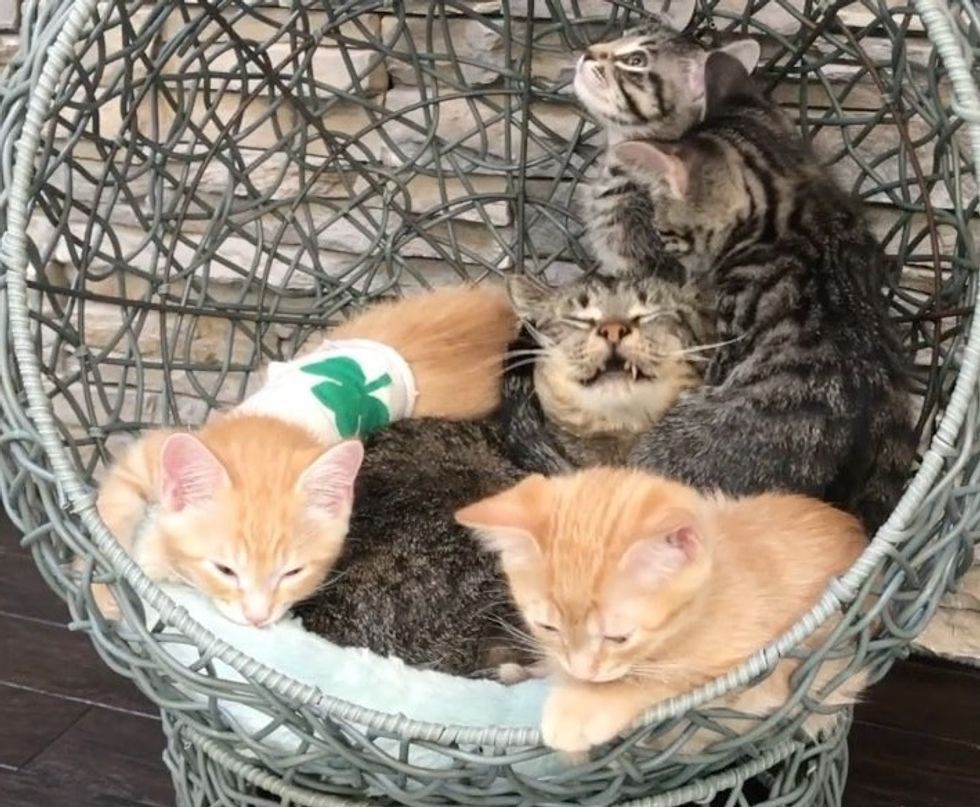 "We've never seen anything like it, and we will try to keep him surrounded by kittens as much as possible."

Since then, Mason has fostered dozens of orphaned/rescued kittens who were in need of a mother's love. He always comes to their rescue. 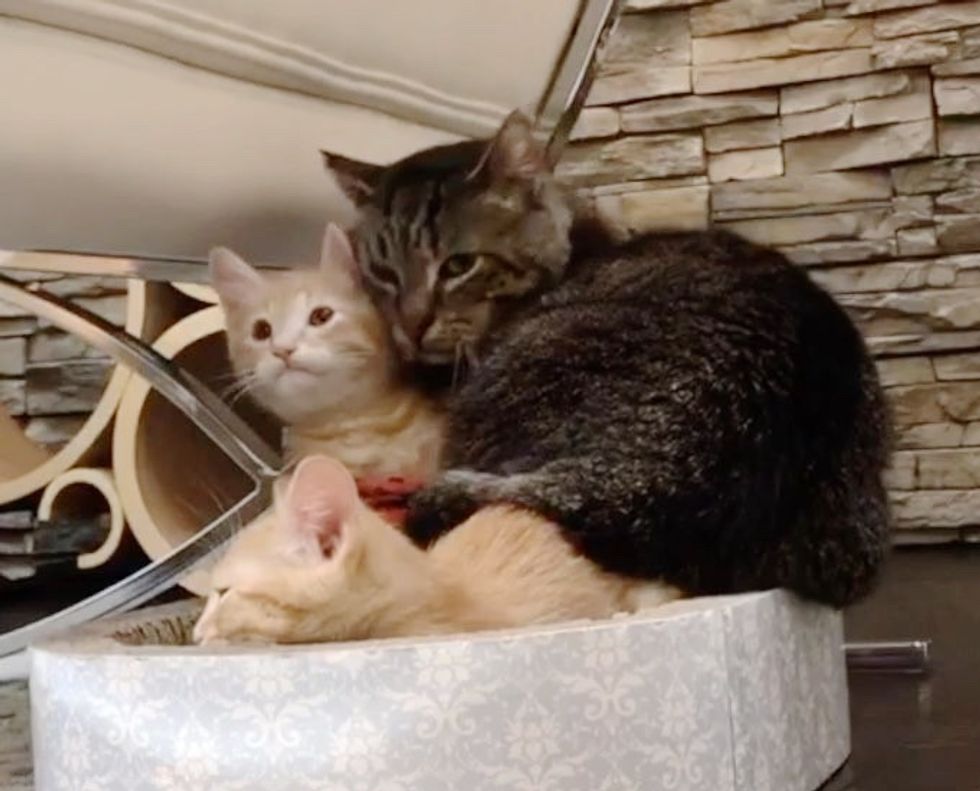 Watch Mason's journey in this video by TinyKittens:

Two years ago (this month), they saved this feral cat who had used almost all his nine lives, and gave him the comfort and love he so deserved after a life well lived.

"As of today, Grandpa Mason has outlived his initial prognosis by an incredible 608 days. Each one of those days has been filled with joy, comfort and love… on his terms." 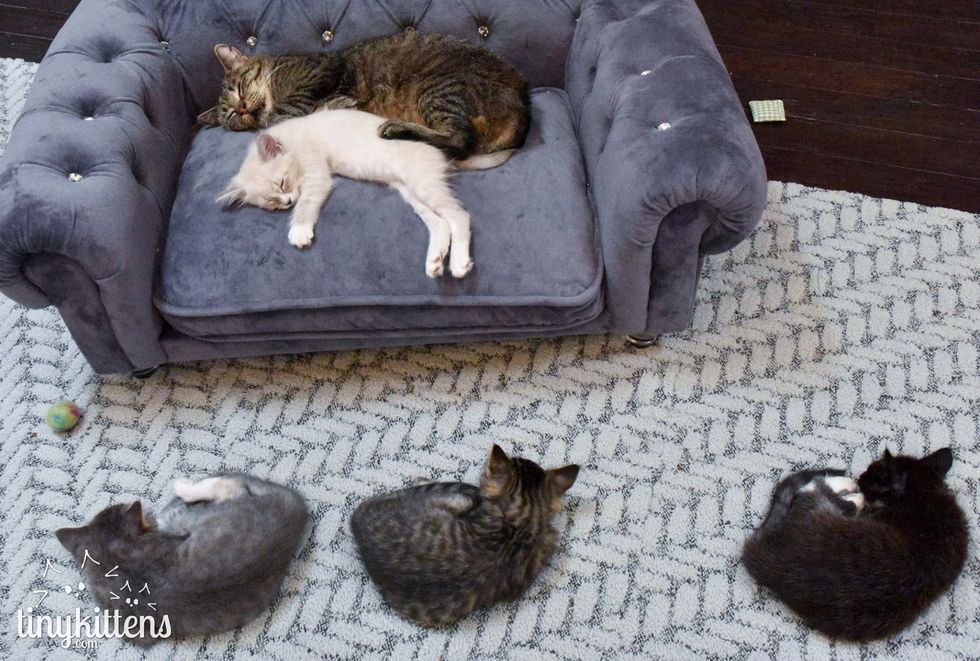 Mason has become an inspiration to people who have been following his remarkable journey. 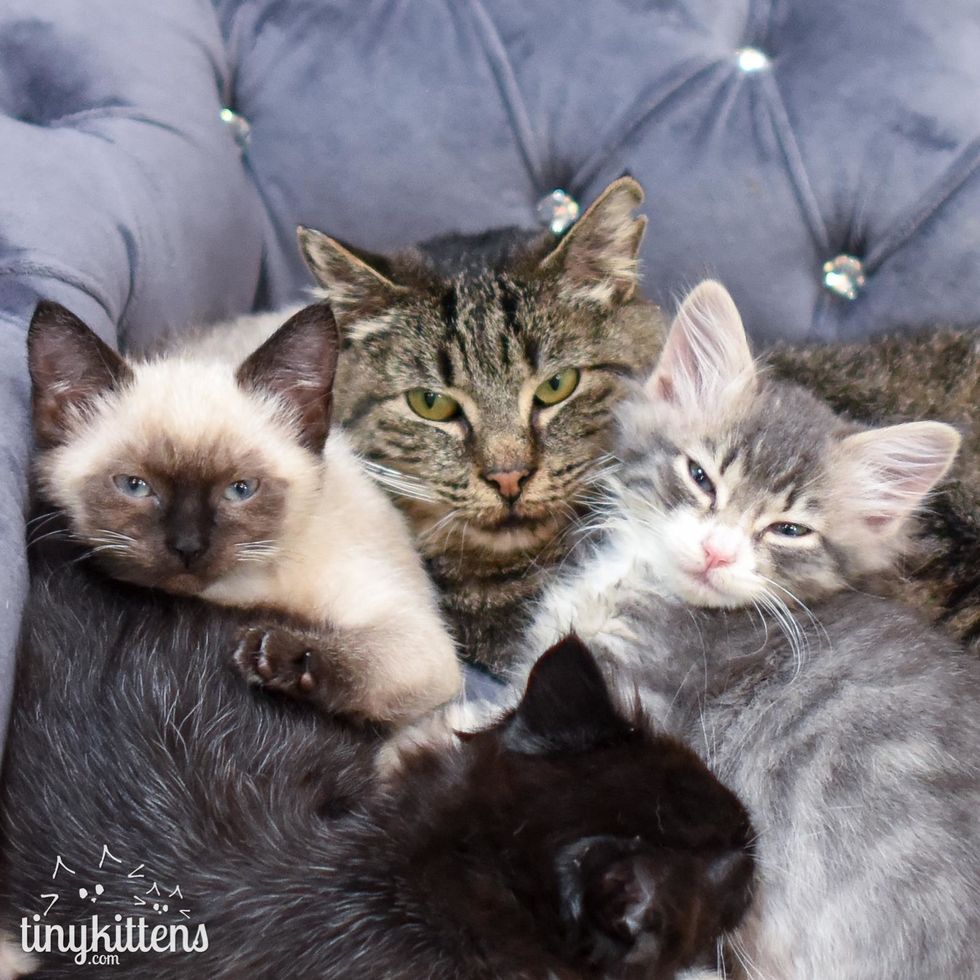 "We work hard every day to keep him feeling good, but we can't know how many days, months or years he has left. We do know he is living his best possible life, the life he always deserved," TinyKittens said.

"If you'd like to help cats like Grandpa Mason, please support Trap-Neuter-Return (TNR) efforts in your community." 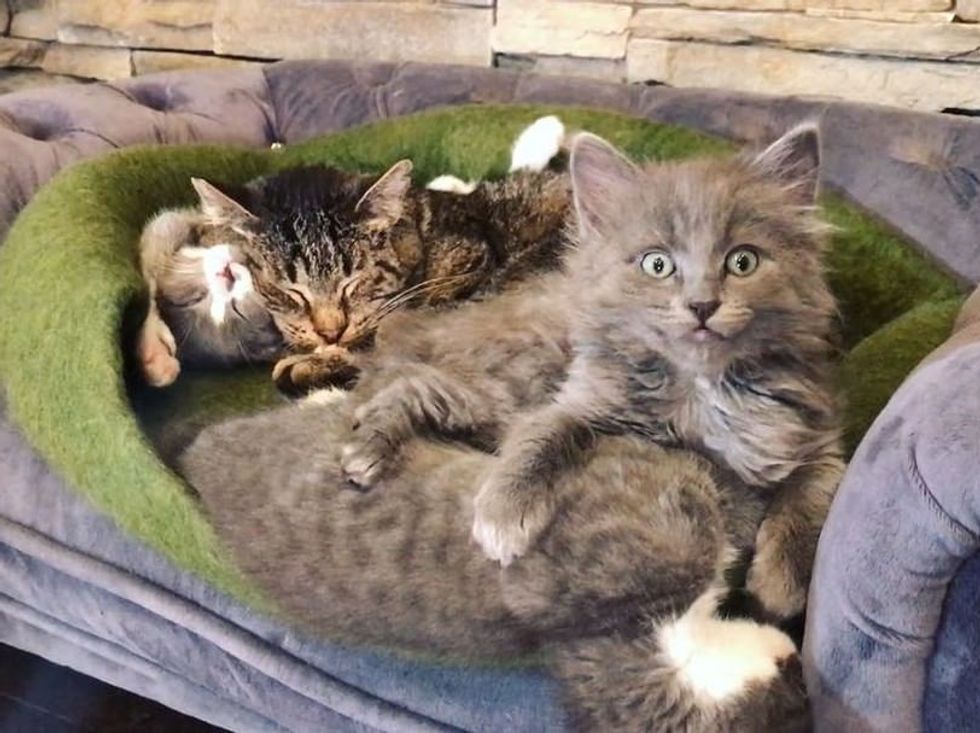 Related story: Cat Who Lived Most His Life as a Stray, Bonds with Kitten Who Brings Him Joy