Family Takes in Pint-sized Kitten and Helps Him Thrive

A little pint-sized kitten fought hard to live after he was rejected by his mom. 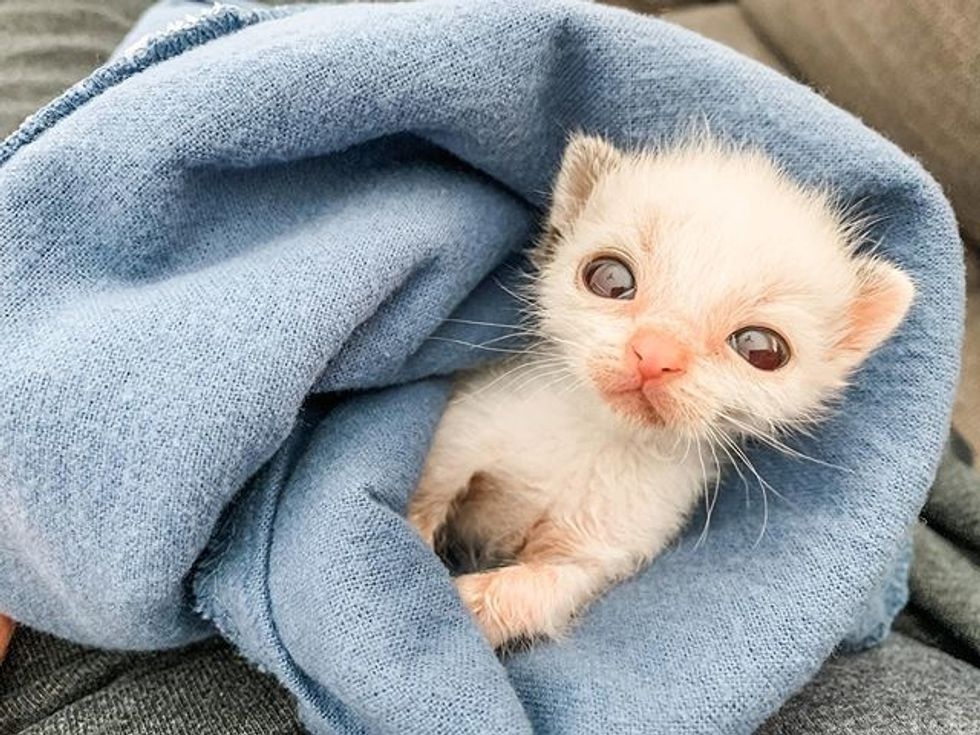 Two weeks ago, Beth Walden and her family were contacted about a tiny "runt" who was in urgent need of rescue. The 3-week-old kitten was just the size of a newborn and had been rejected by his cat mom.

"He was just so tiny it was shocking. But I knew he was a little fighter since he had made it three weeks in the condition he was in," Beth told Love Meow.

"He didn't know how to latch when I first got him. I had to basically dribble the formula in his mouth and he would drink it." 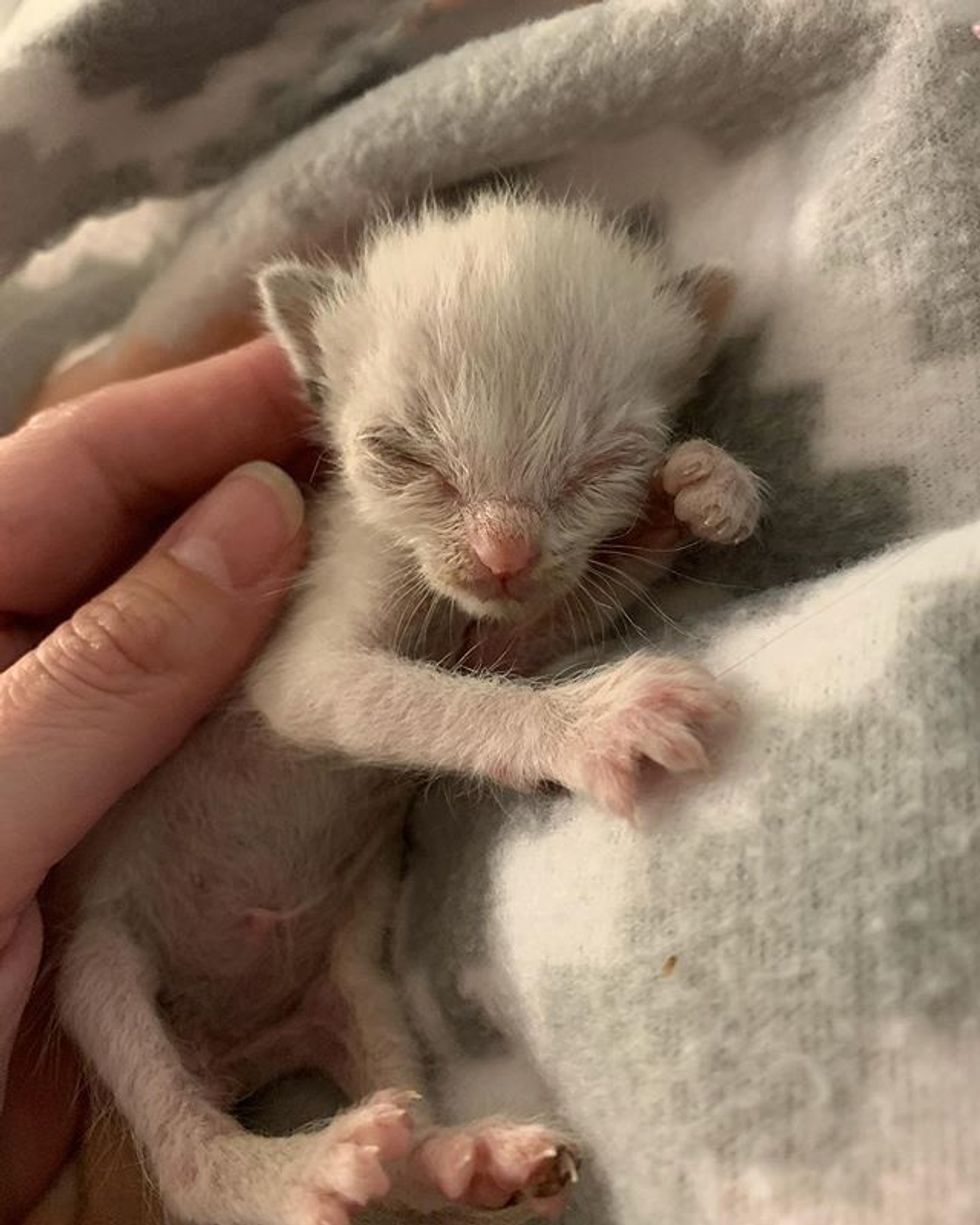 The little feline couldn't see due to an eye infection. At the time, they didn't know if both of his eyes would be saved, but they were determined to help him heal.

After a couple of days, the kitten (named Guinness) figured out how to eat from a syringe and started to put on weight. That's when they knew he was going to make it. 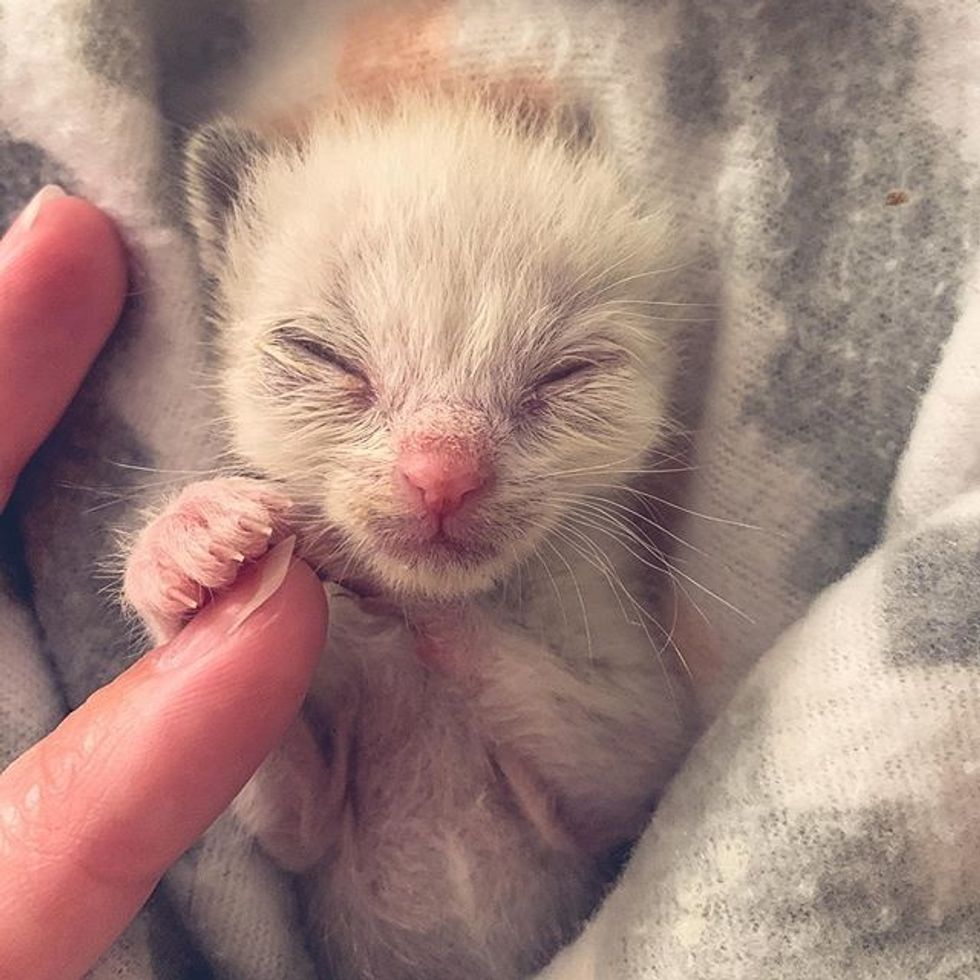 Beth was feeding him every hour around the clock, through many sleepless nights. Once his appetite improved, he tripled the amount of food intake.

Guinness likes to curl up on his human after every meal and fall right to sleep. He is so small but has such a warrior spirit. 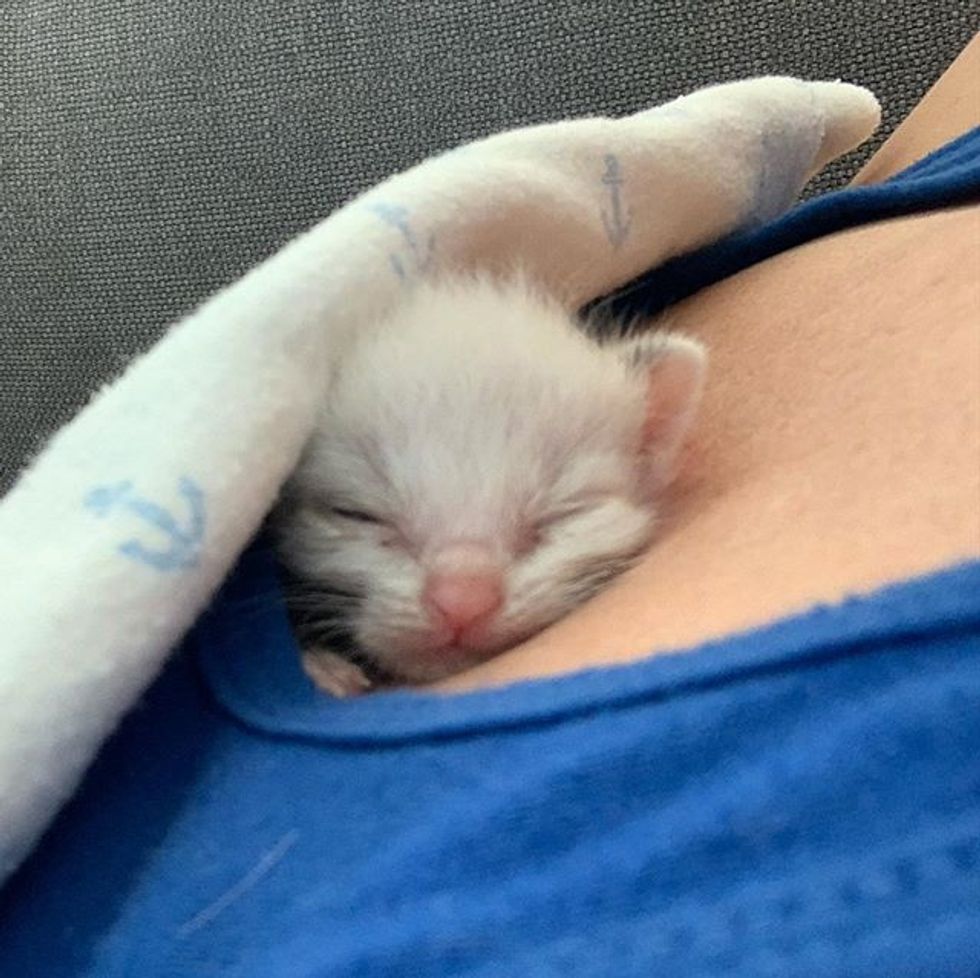 "Guinness is definitely a cuddler. He sleeps with me and is just starting to figure out his purring," Beth told Love Meow.

"He's wrapped up like a purrito then I snuggle him. He tucks his head in and crawls out when he wakes up." 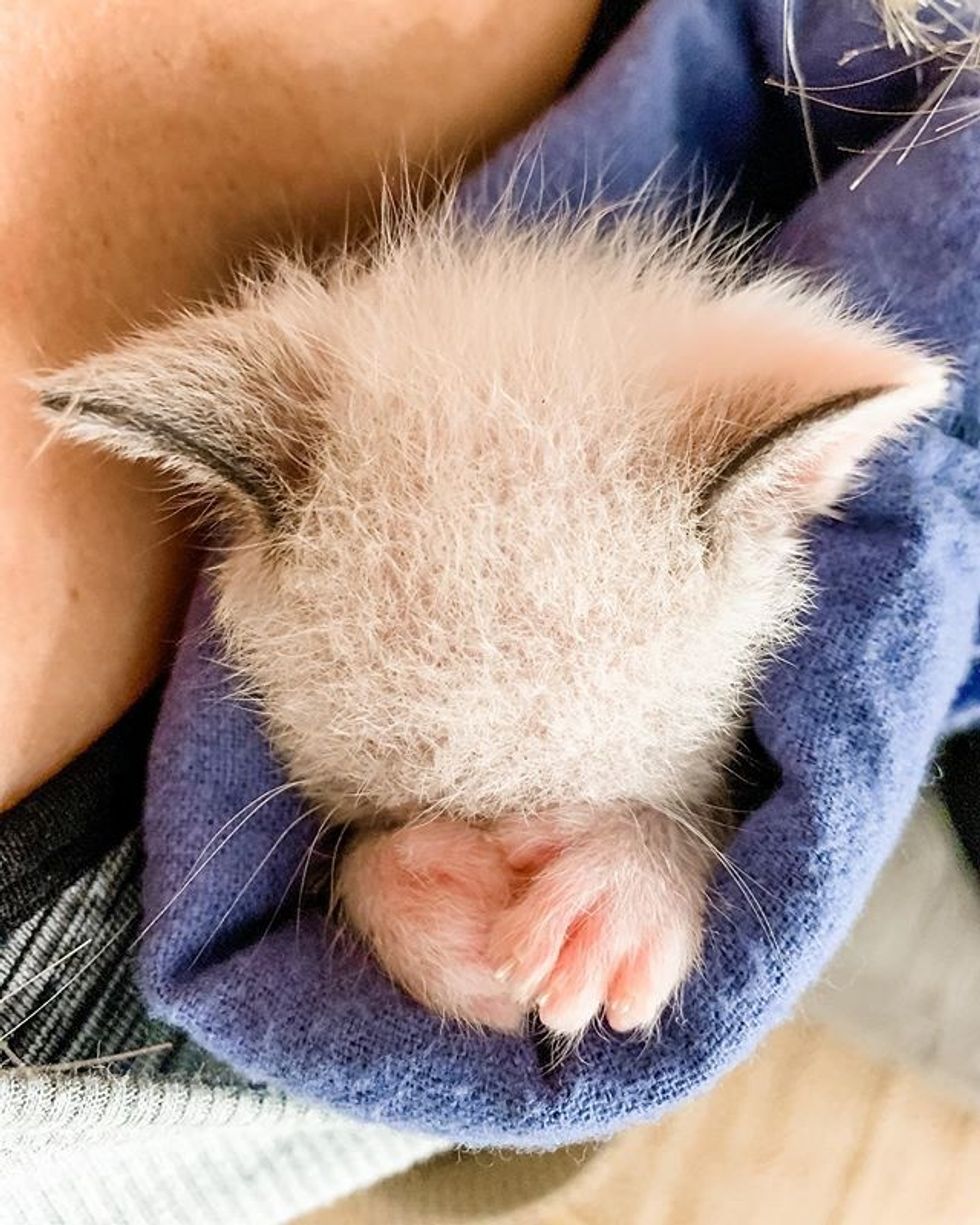 Over time, his eyes cleared up and recovered fully. He could finally open them wide and reveal just how gorgeous they were.

The tiny kitten continued to make strides every day. "He's been strong from the first day I had him," Beth said. 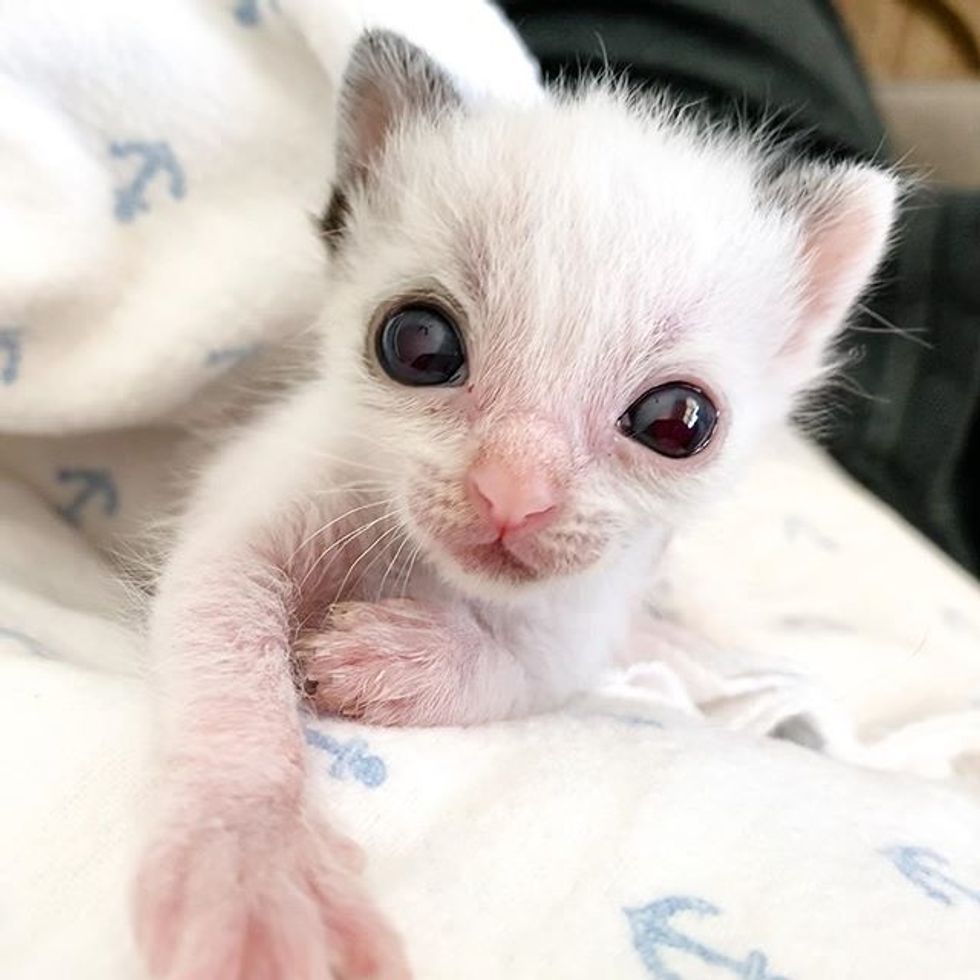 Their resident dogs and cat have also taken to the little one, and will offer a helping paw whenever they get a chance.

Annie the dog came to give the kitten some much-needed TLC. 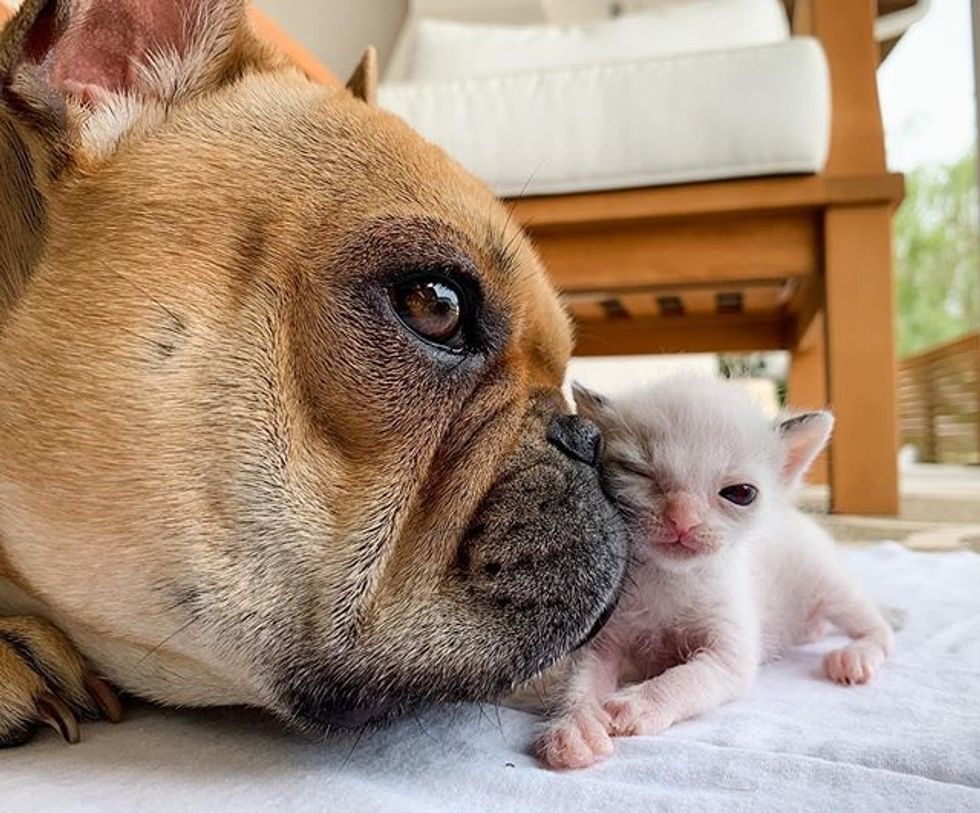 With his new-found energy, Guinness is starting to use his legs to walk and explore. He is curious about everything that moves but a total cuddle-bug with everyone, both human and furry kind.

Watch Guinness in this cute video:

His eyes are wide and bright, and his personality is shining through. 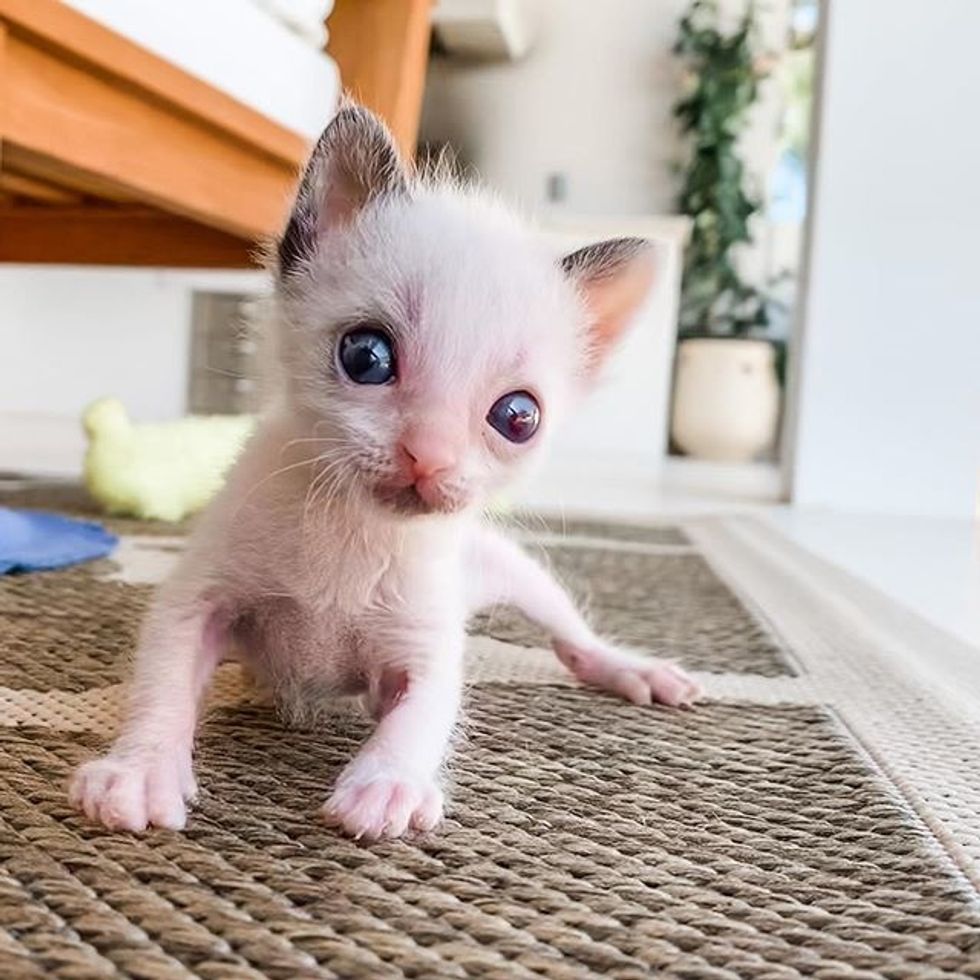 The little fighter has come a long way. He's more than doubled his weight and is thriving every day. 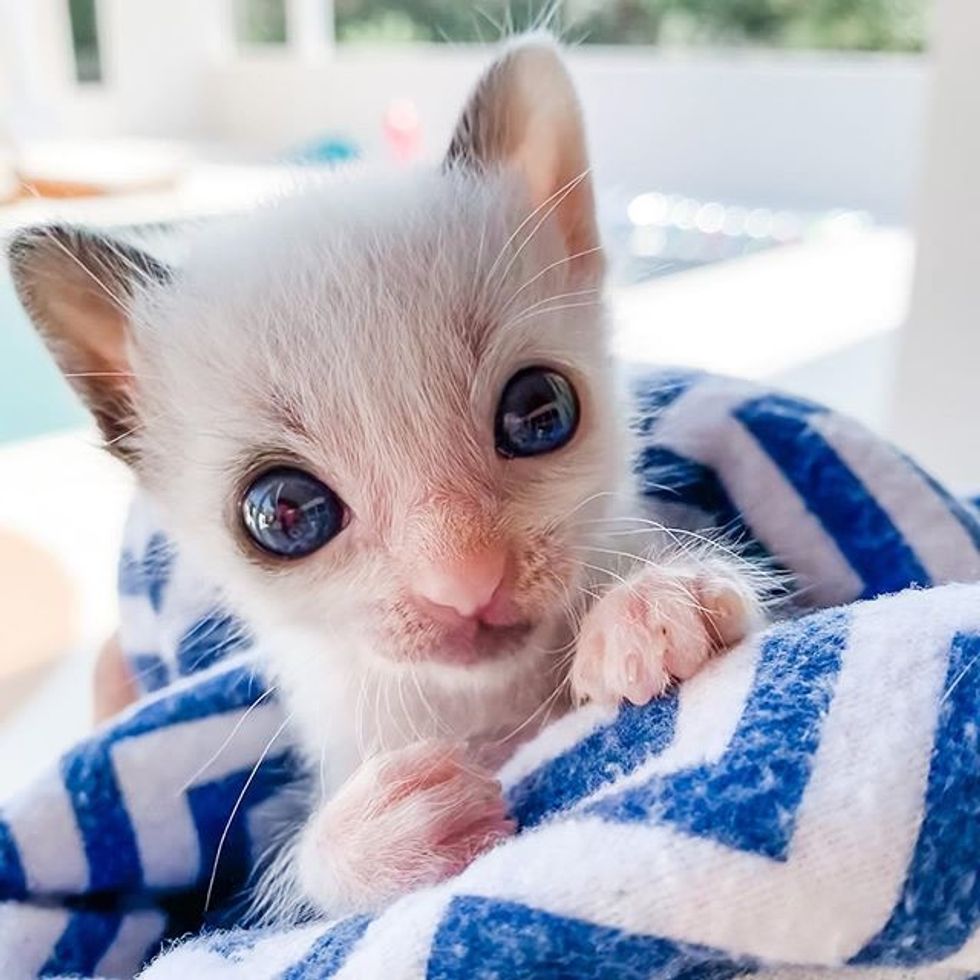 The pint-sized kitten has blossomed into a great eater with a cute belly to show off. At five weeks old, he weighs in at 8.78 ounces (249 grams).

"His ears are growing right along with his belly." 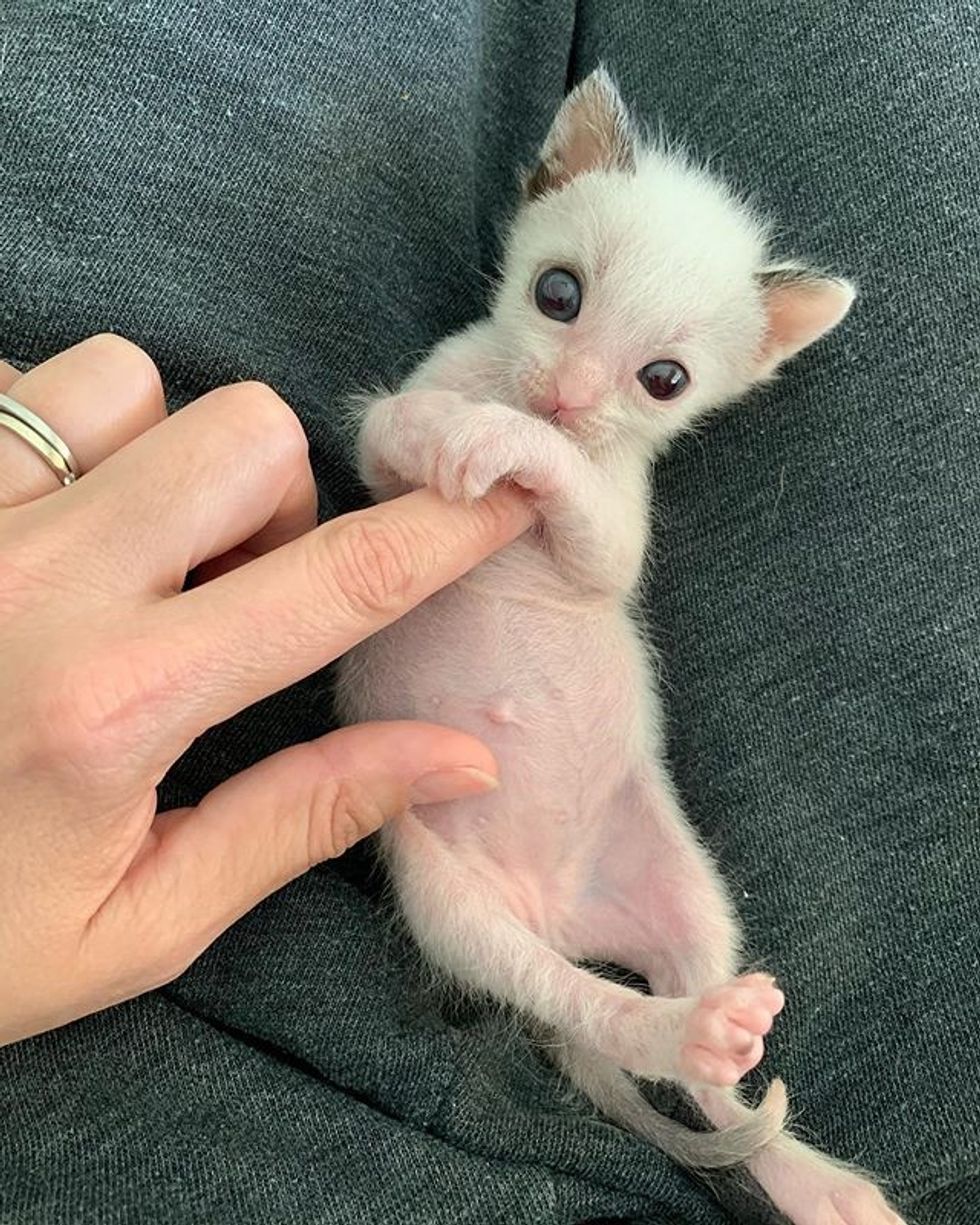 Nothing makes Guinness happier than snuggling with his foster mom.

The little warrior kitty is still tiny for his age but what he lacks in size he makes up for in personality. 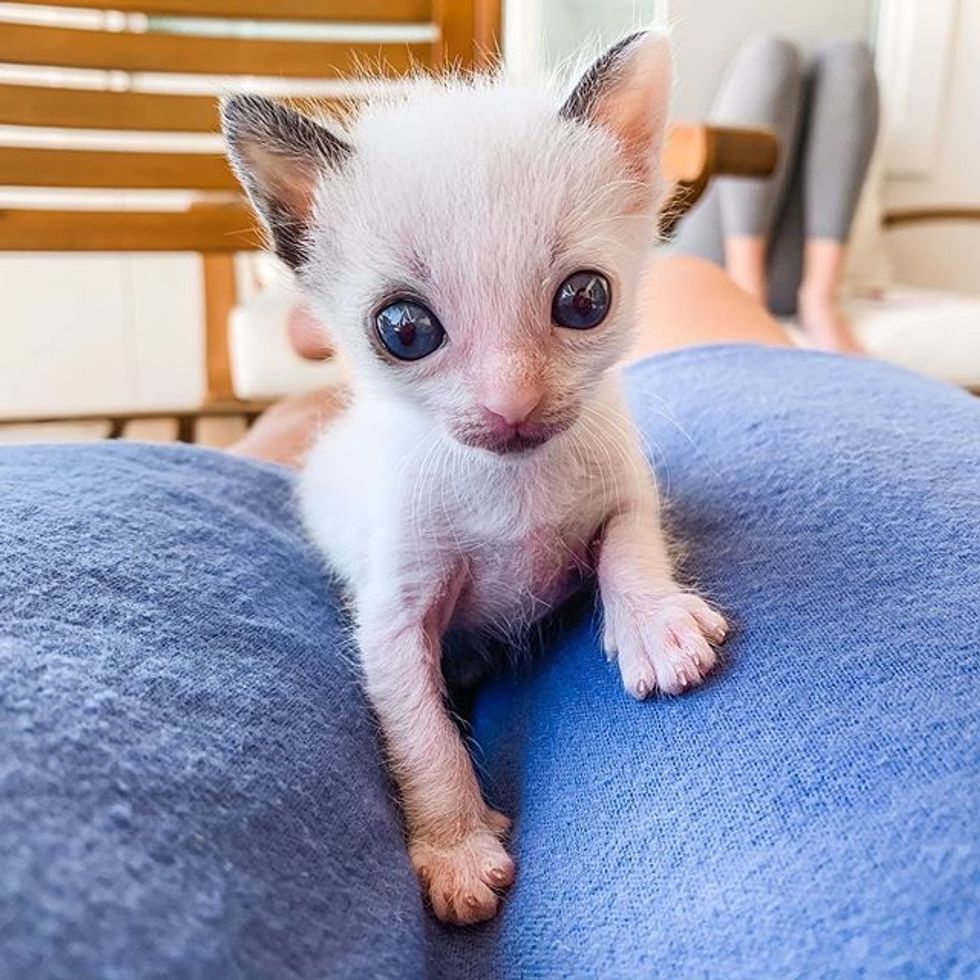