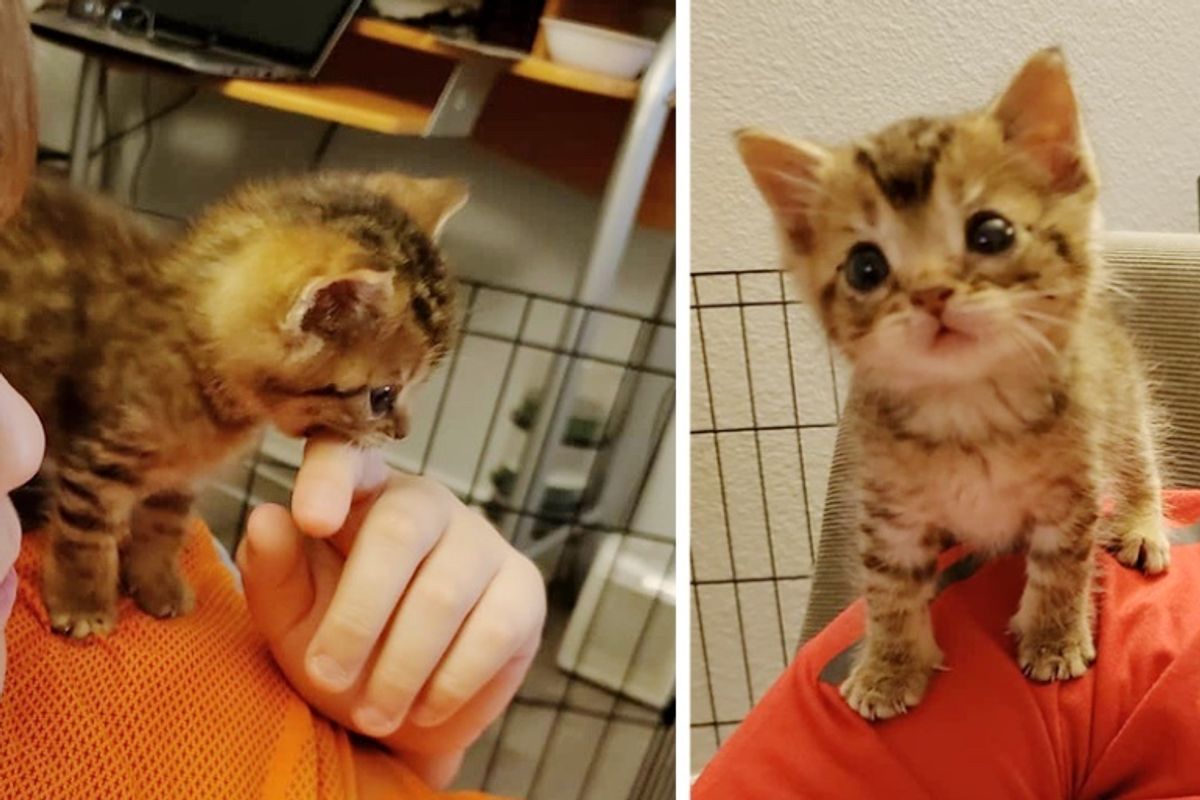 A tiny tabby is so happy to have a shoulder to lean on after he was rescued from life on the street. 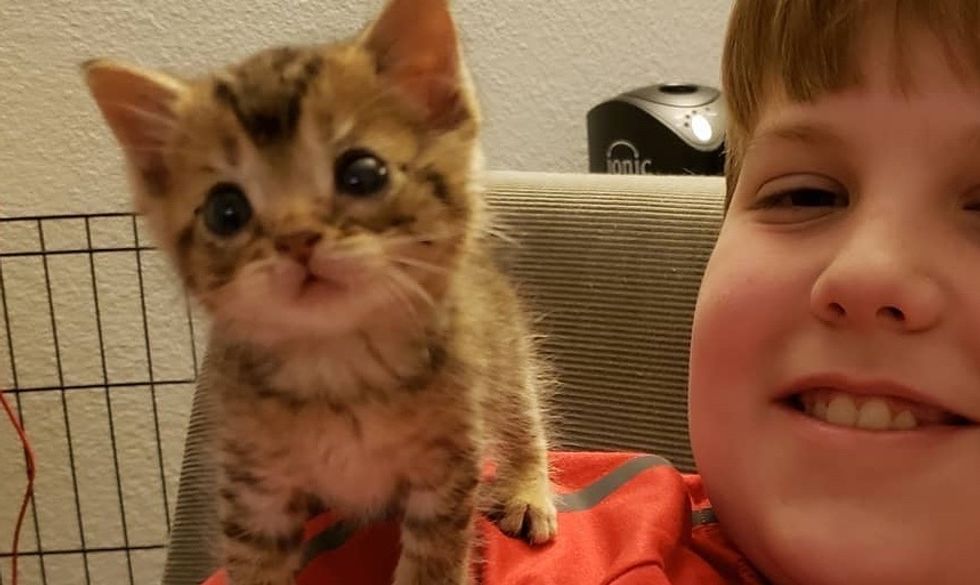 Earlier this month, a TNR (trap-neuter-return) rescuer found a little singleton on the streets of Carson City, California. He was just palm-sized and eager for affection.

Wrenn Rescues, a rescue group based in Ventura County, California, was contacted as the kitten needed a foster home. "The little guy was teeny tiny — supposed to be about four weeks old but just the size of a 1-week-old," Alissa Smith, co-founder of the rescue, said.

Erin and her son Chris (11), both foster volunteers of the rescue, stepped up to help. When they picked up the little one, they realized just how small he really was. 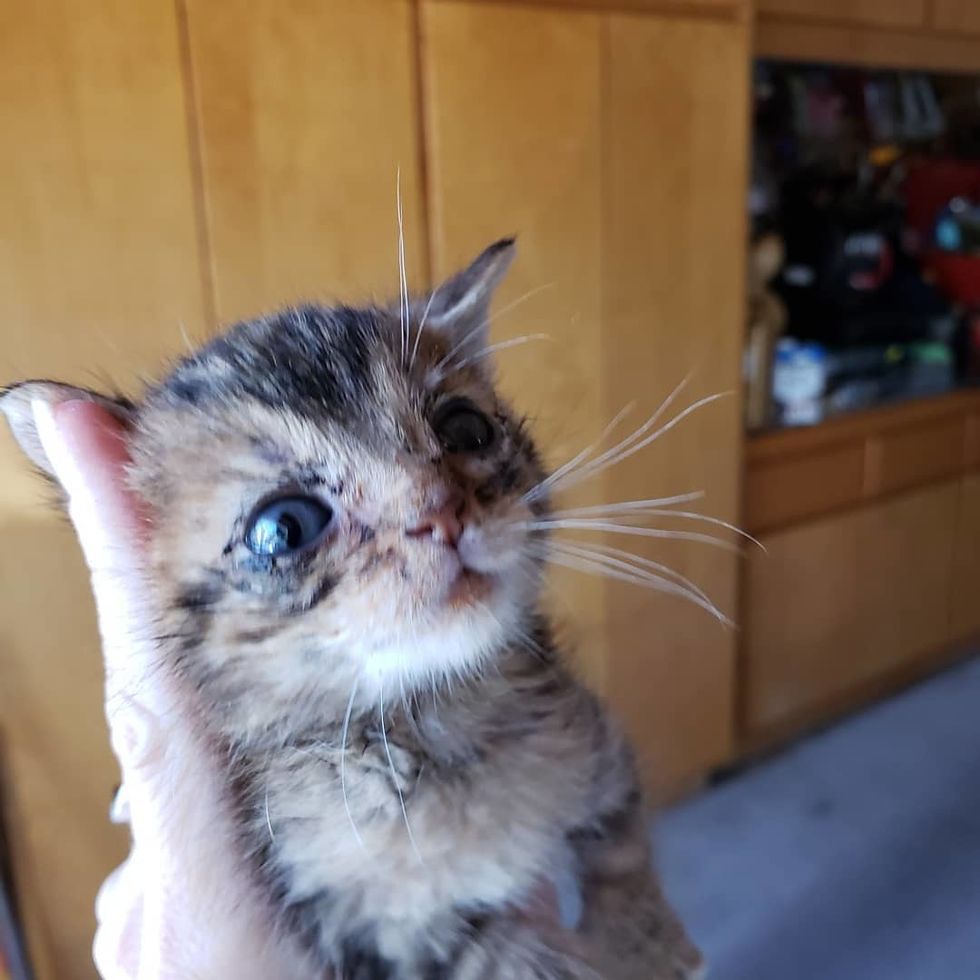 "He weighed a mere 8.6 ounces," Erin told Love Meow. "He was half the size he should be and a little rough around the edges. We thought he looked like a Mouse and hence the name."

They cleaned him up and started feeding him small amounts every few hours around the clock. 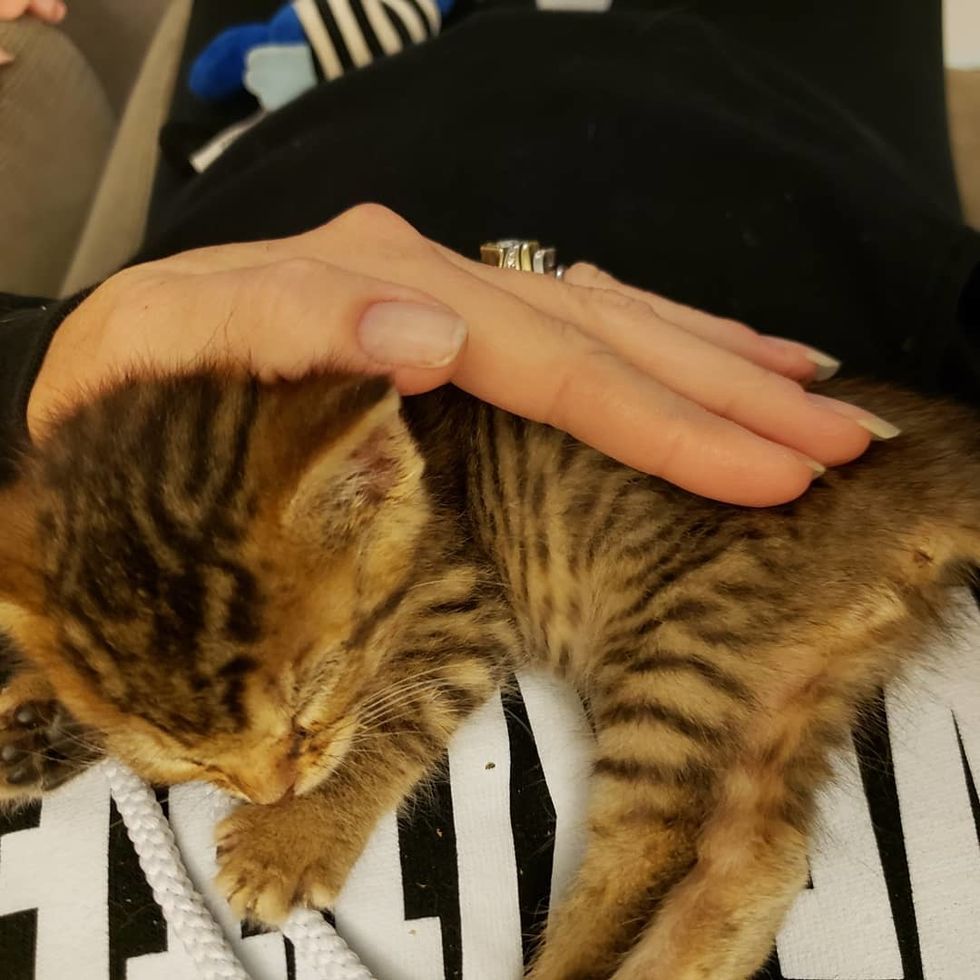 The tiny ball of fur would climb onto their shoulders and purr up a storm — his favorite place to dwell on.

"He will sit on your shoulder for hours just watching the world go by," Erin said. 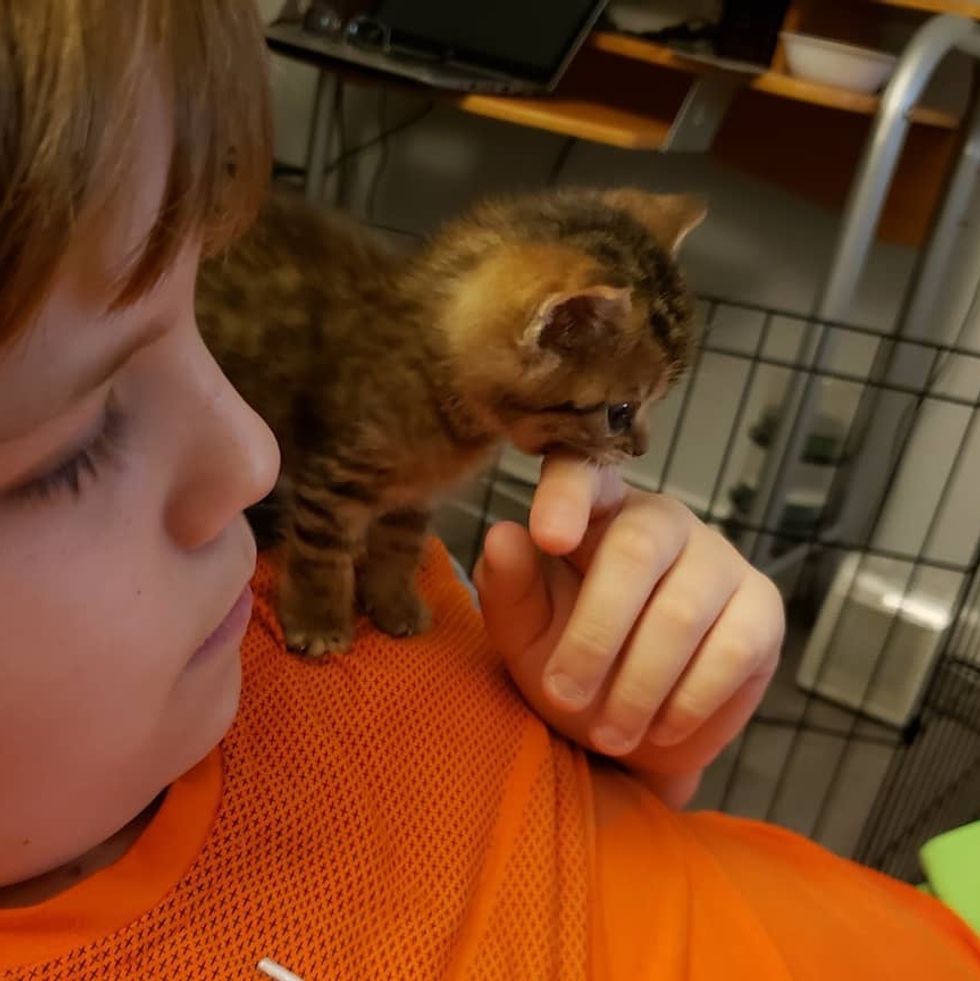 "When he is not snoozing on his bunny (toy) or eating, he just wants to sit on your shoulder and take in the surroundings."

Over the next few days, the little tabby began to put on weight. 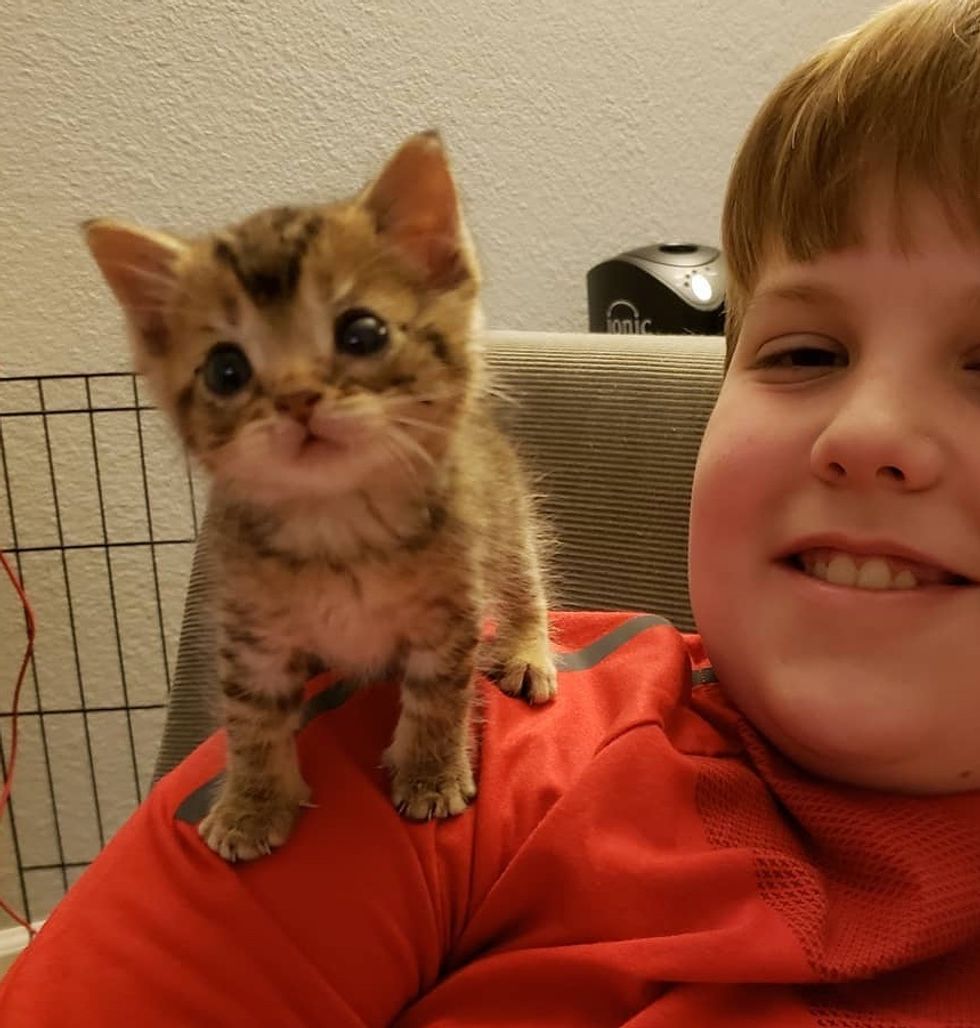 Though he was still very tiny, what he lacked in size, he made up for in personality. As soon as he figured out his four legs, he would exercise them by running.

"All he wants is to run to the nearest shoulder." 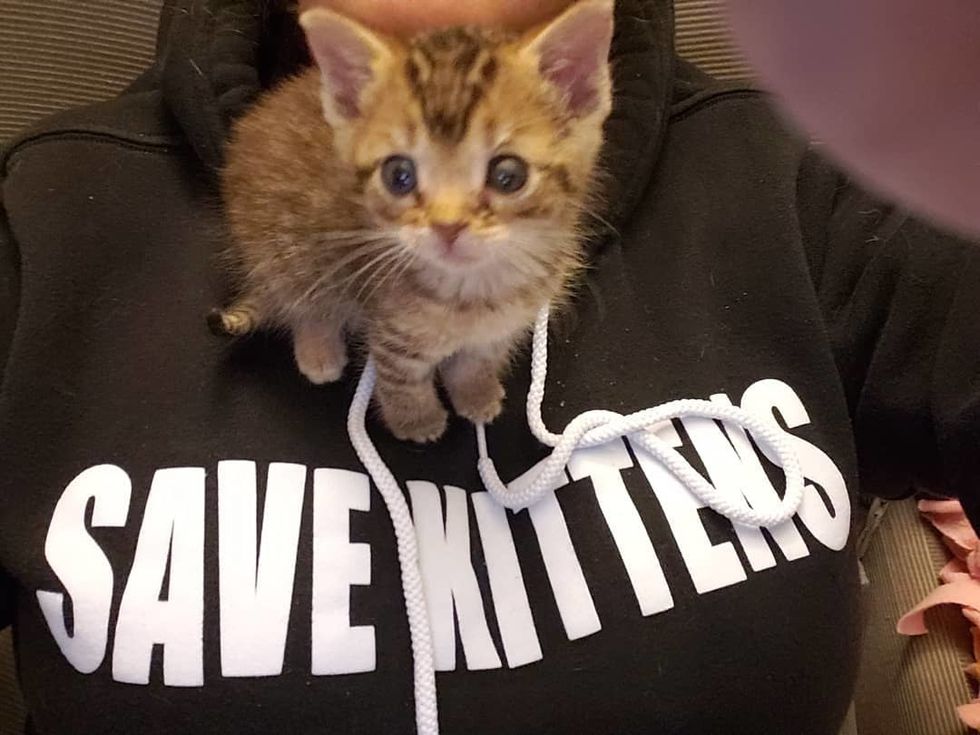 Mouse is gaining weight steadily and learning to play like a kitten with each passing day. He is meeting his milestones despite his bird like appetite.

"Slow and steady wins the race!" 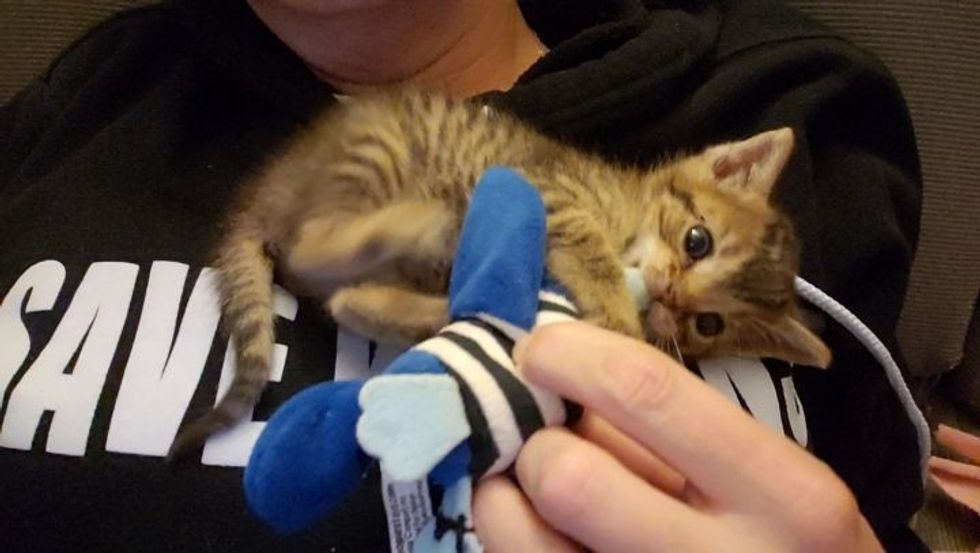 Erin and her son take turns to feed the tabby day and night, so he doesn't miss a meal.

Watch Mouse in this cute video:

"His purrs and the snuggles are more than enough to make it all worth it," Erin said.

"We will be his biggest cheerleaders and have the biggest party when he hits that one pound mark." 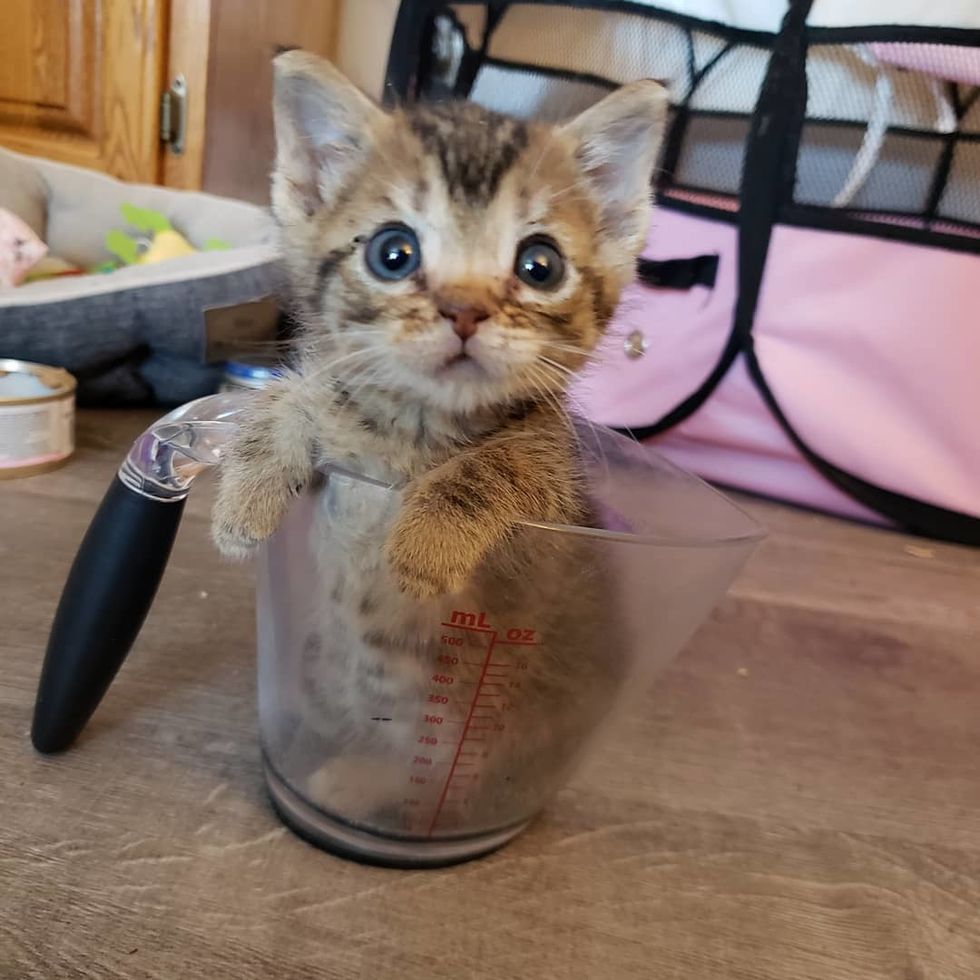 Their resident cat Oreo decided to offer a helping paw. The sweet tuxedo cat has a soft spot for foster kittens.

"He likes to hang out in our kitten room with him, almost like he's keeping an eye on him," Erin told Love Meow. 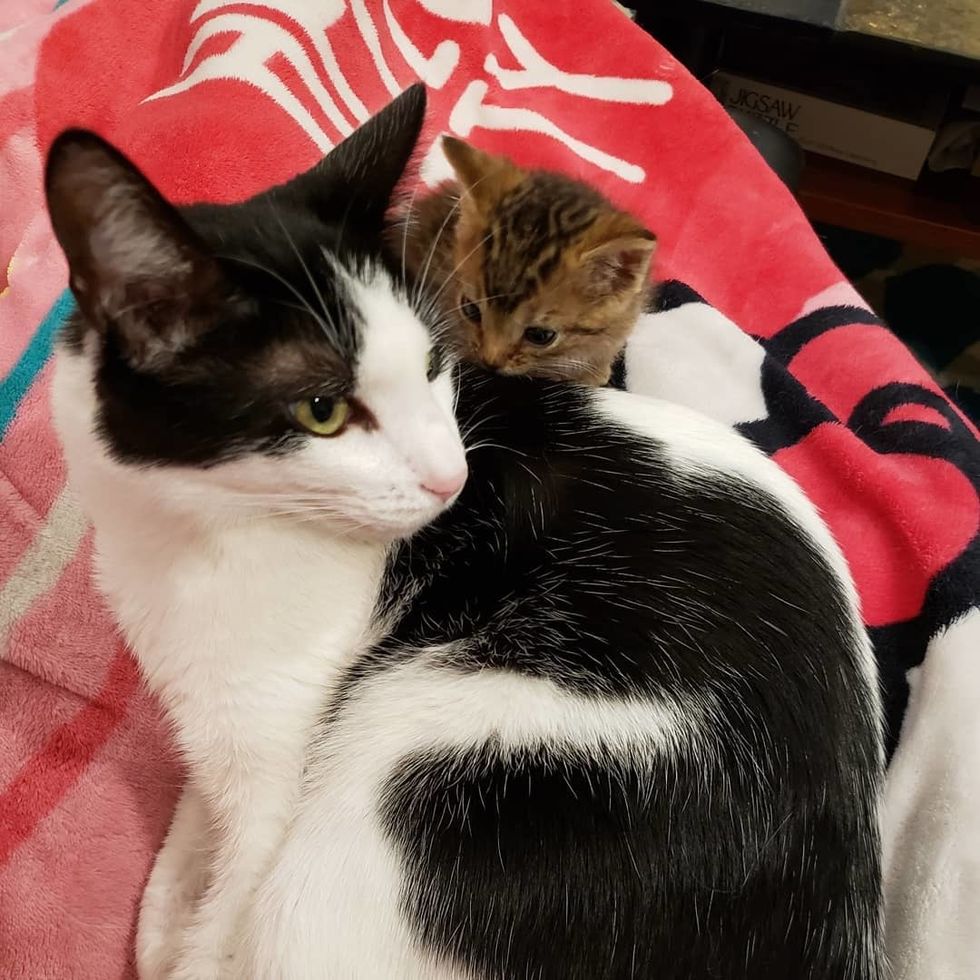 Despite his rough start in life, Mouse is a purr machine and a little snuggle-bug. 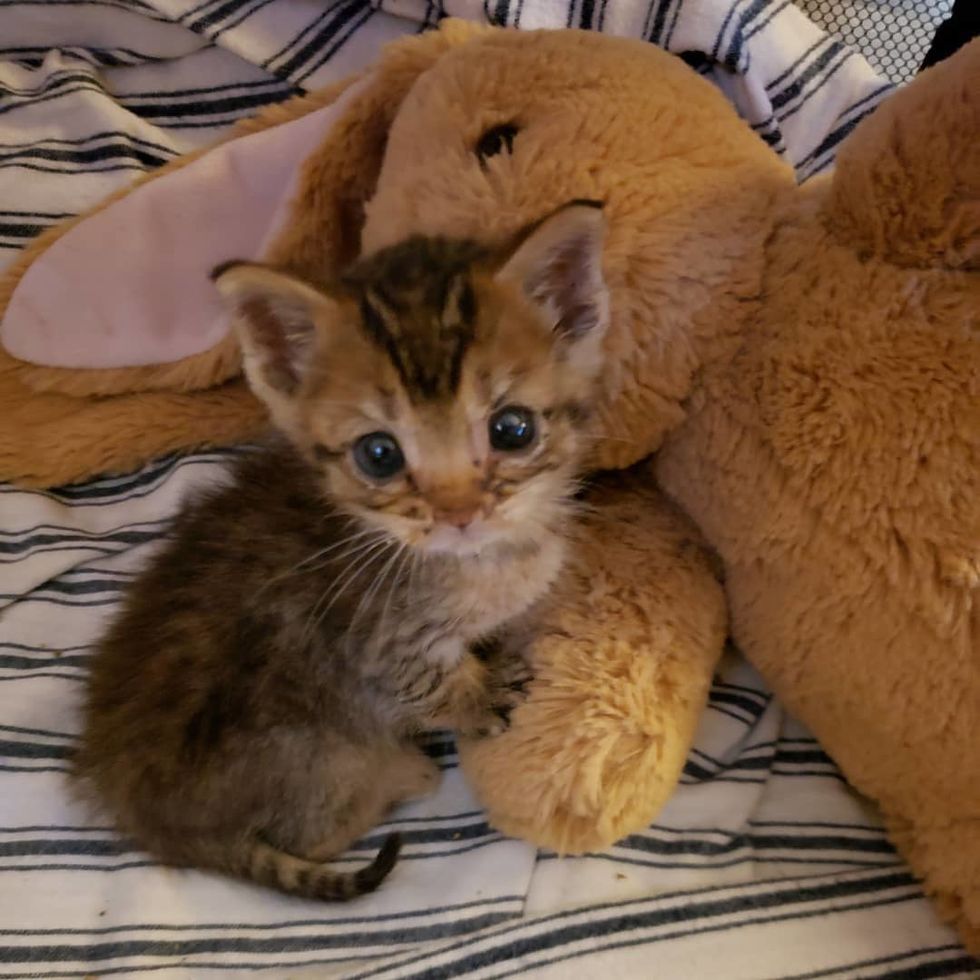 "He truly is a gem and we know with a little time, some good old fashion TLC and good food to make that belly round, he will turn into a beautiful diamond!" 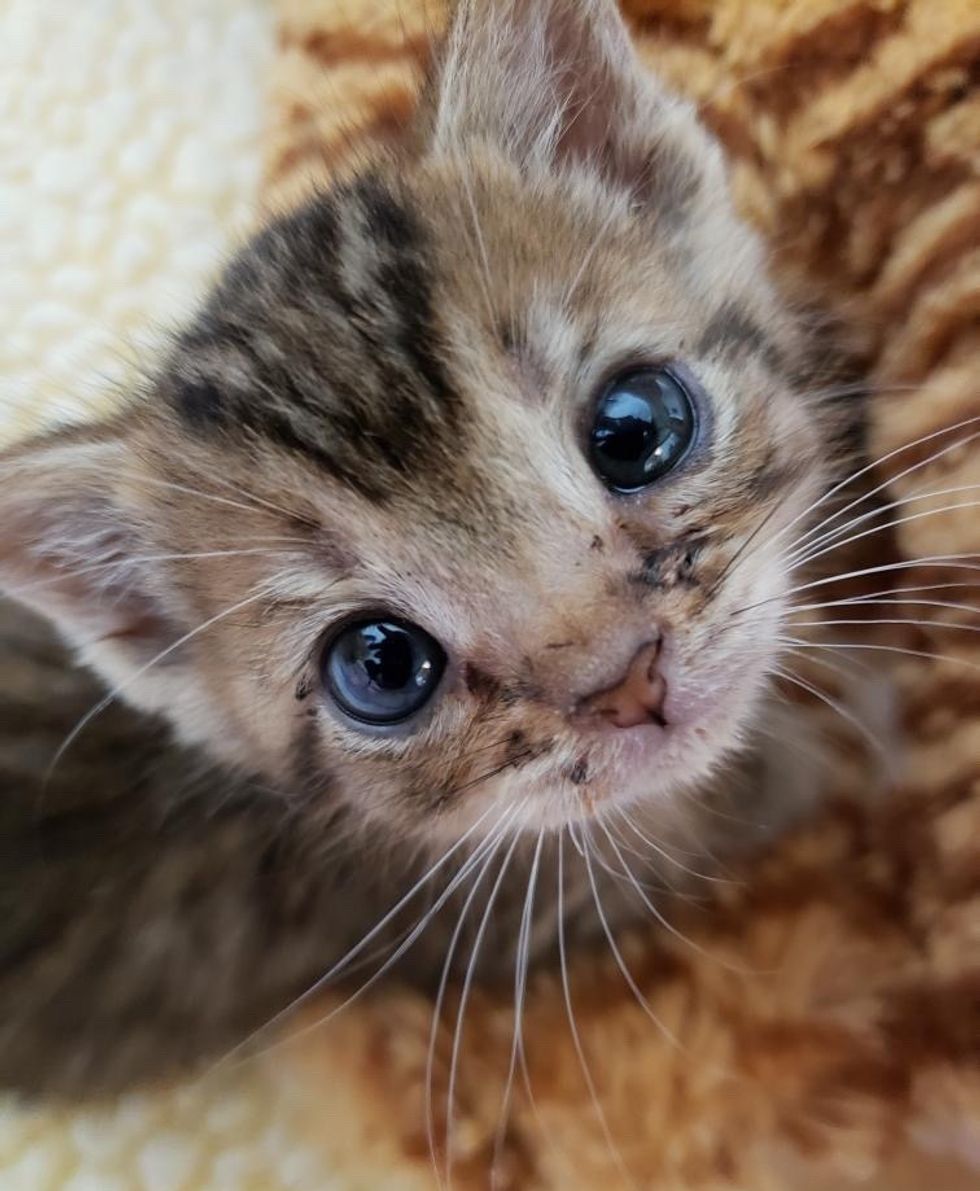