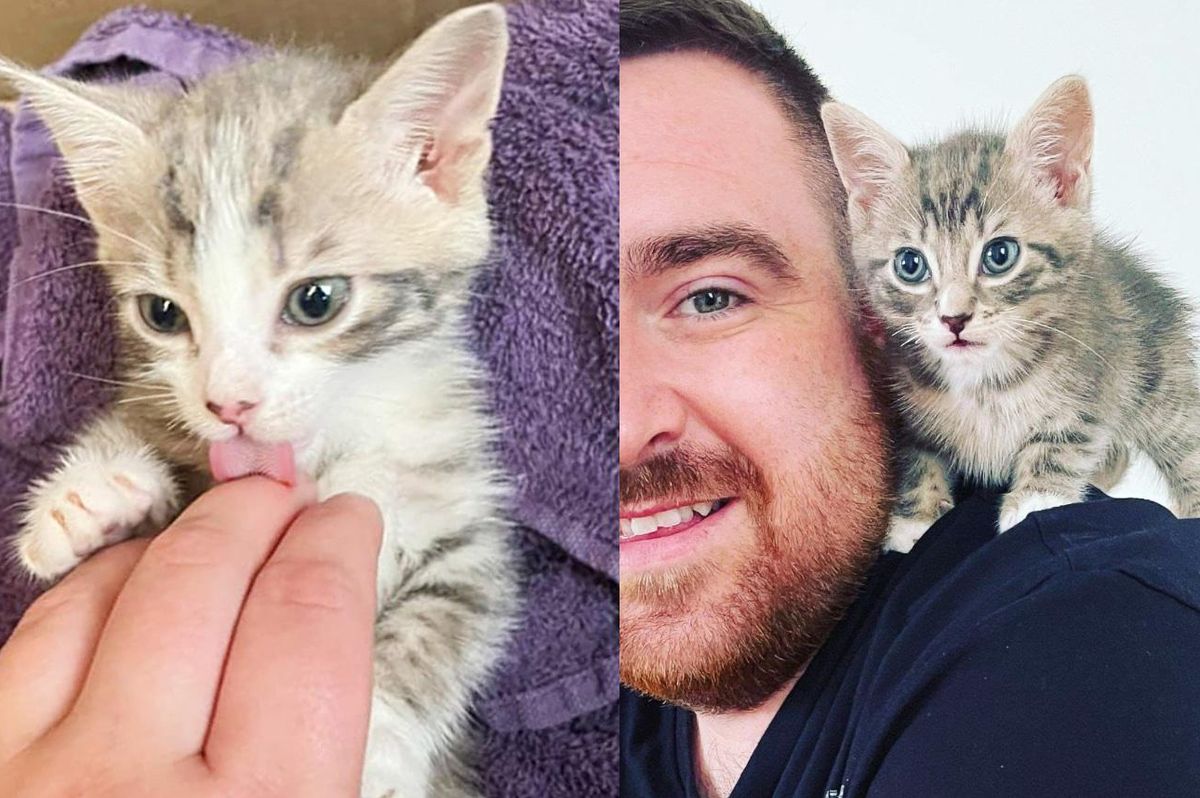 A kind couple found two kittens stuck in a bin and rushed to help. They saved them just in time and turned their lives around. 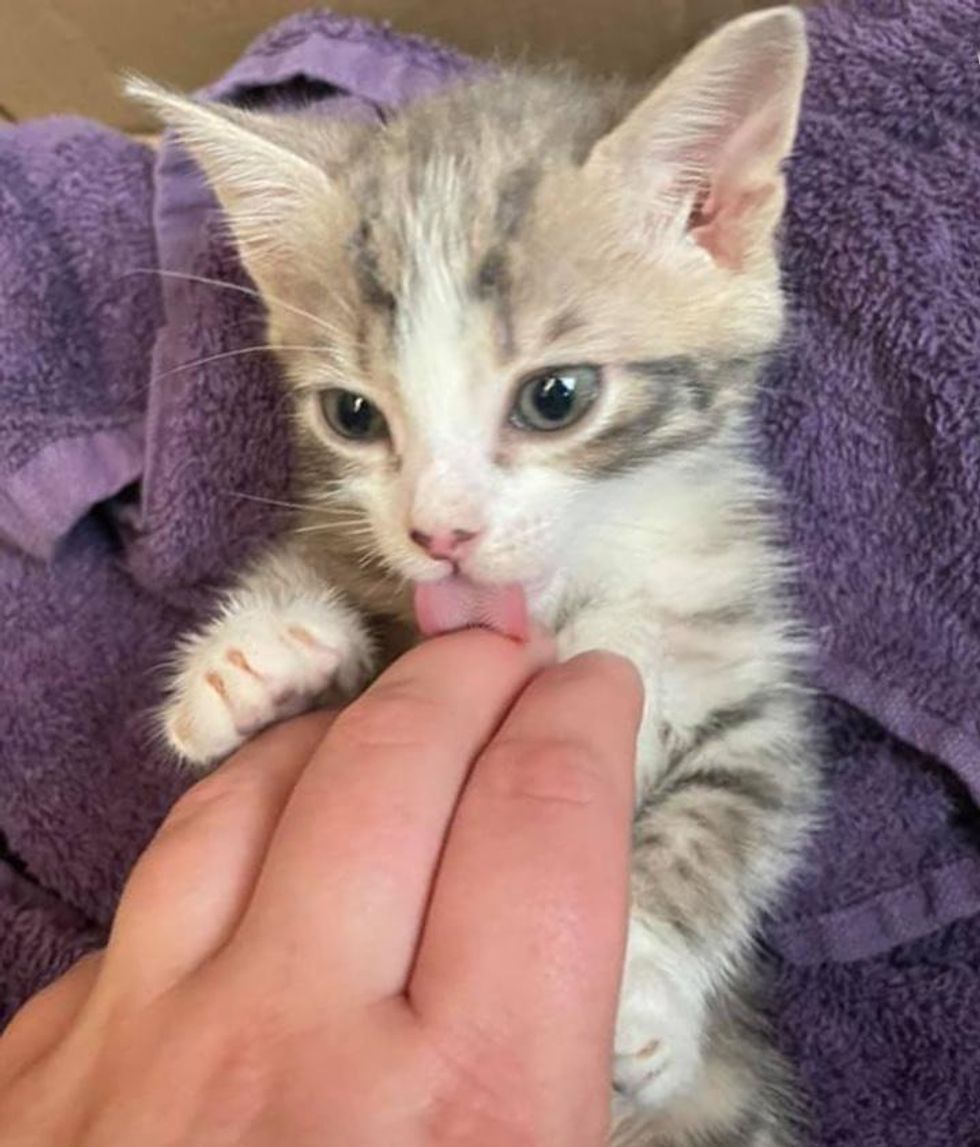 One of the kittens found in a binRSPCA

Early July, Luke Hewick and Lauren Hartley, a couple from Hull, England, were out on a walk and decided to take a different path from their usual route. While they were passing by a garbage bin, the sound of kittens crying stopped them.

"We wouldn't normally go down that way but Lauren said we should just for a change," Luke said in a RSPCA report shared with Love Meow. "We had stopped nearby to stroke a friendly cat and then carried on walking when we heard some little miaow cries, so I thought the cat had followed us."

When Luke turned around, he didn't see anything until Lauren realized the sound was coming from the bin. She noticed that something was moving inside a large bag, and alerted Luke to investigate. 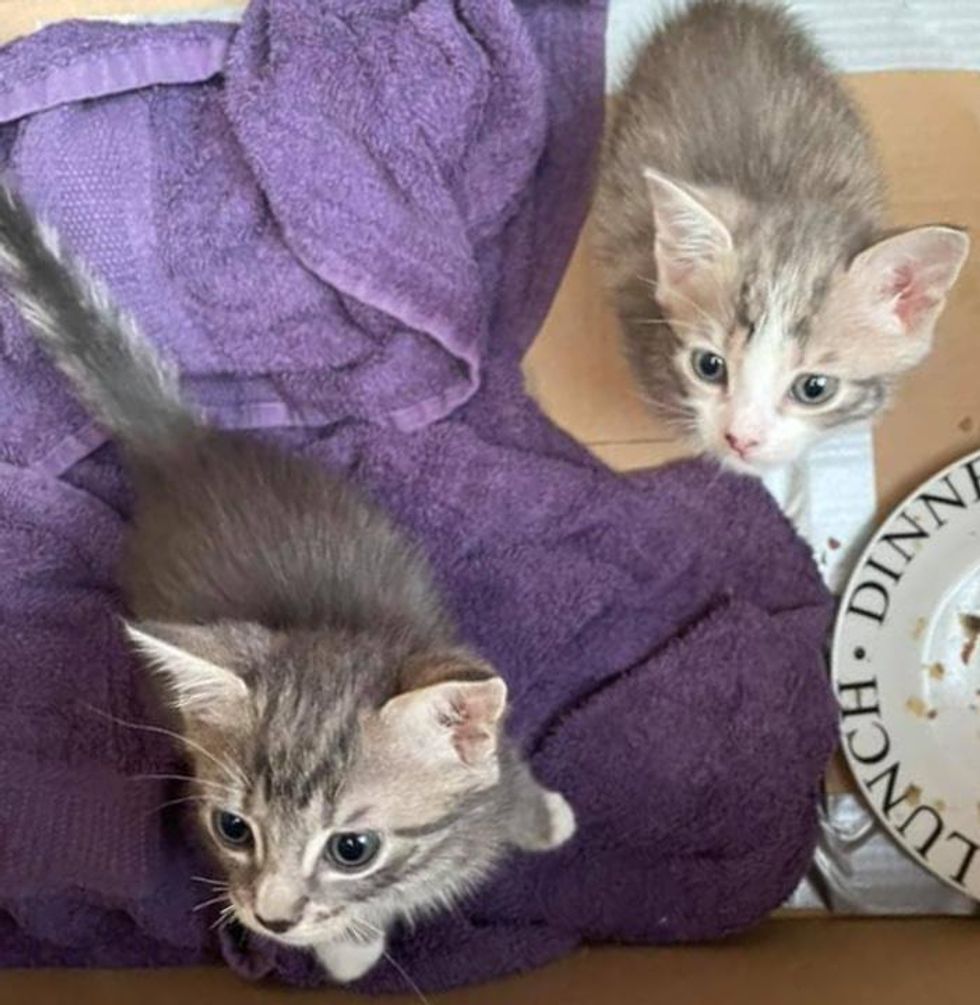 Kittens found in a bin by a kind coupleRSPCA

They retrieved the bag, opened it and realized that there was another bag inside that had to be untied. They discovered two frightened little kittens huddled up trying to stay warm. They had a storm before that day, and the kittens were shivering and soaking wet.

Luke immediately ran home to get some towels. The couple then wrapped up the tabbies and brought them home to safety. They reached out to the RSPCA and offered to keep the kittens for the night to look after them, or so they thought. 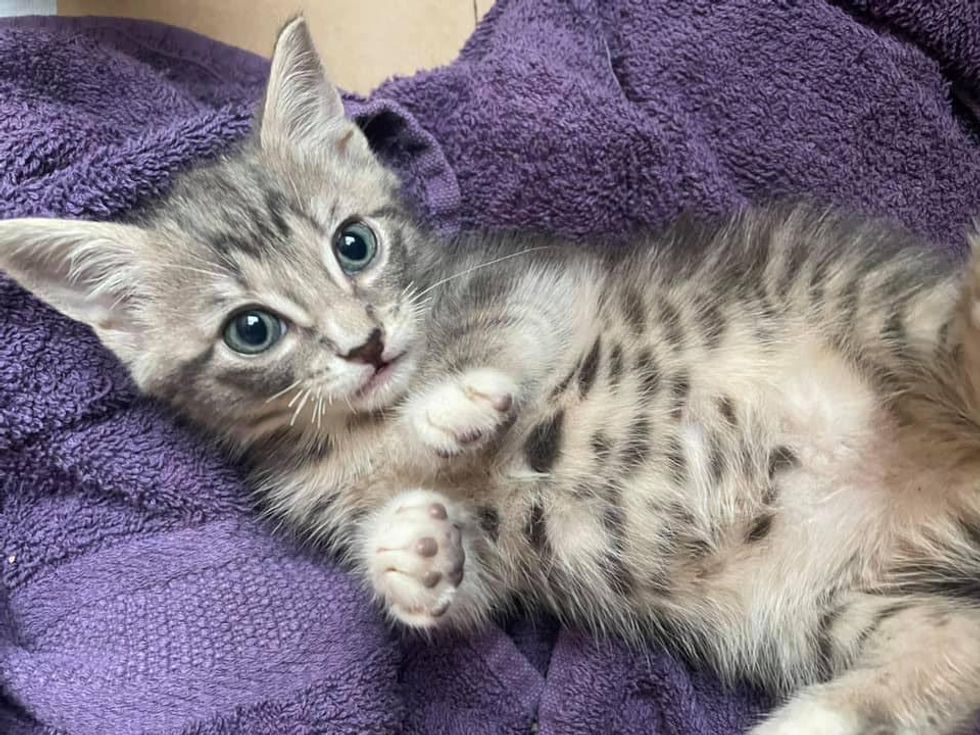 "We were happy to look after them but they soon won us over," Luke shared. "I think it was fate that we walked that way and came across the kittens and that we were destined to keep them."

The little tabbies were all cleaned up and so happy to be warm and have their bellies full at last. They quickly came out of their shells and claimed the place as their kingdom.

"We have only had them a few days but their playful personalities are already coming out." 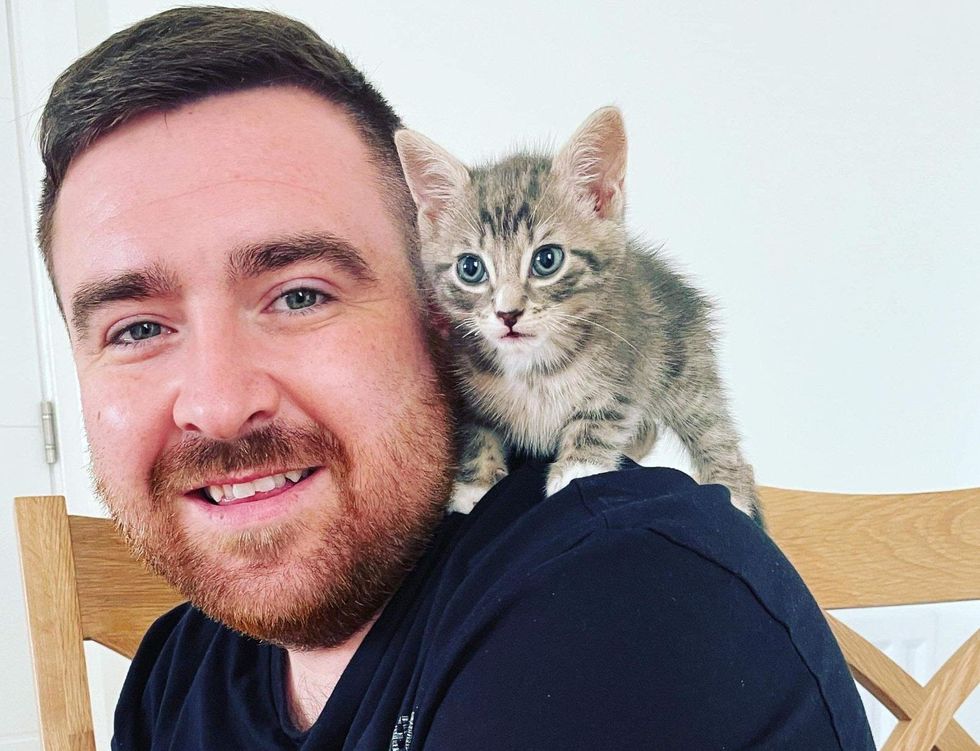 Luke and his little shoulder kittyRSPCA

Meanwhile, the RSPCA has launched an investigation on what happened to the kittens and hope to find the person responsible.

The kittens, aged about eight weeks old, have been lovingly named Roscoe and Lyla. In no time, they have explored every nook and cranny of their home, and grown very fond of their people.

The two mischief-makers enjoy scampering around the house and getting all the pets and cuddles from their loving humans. 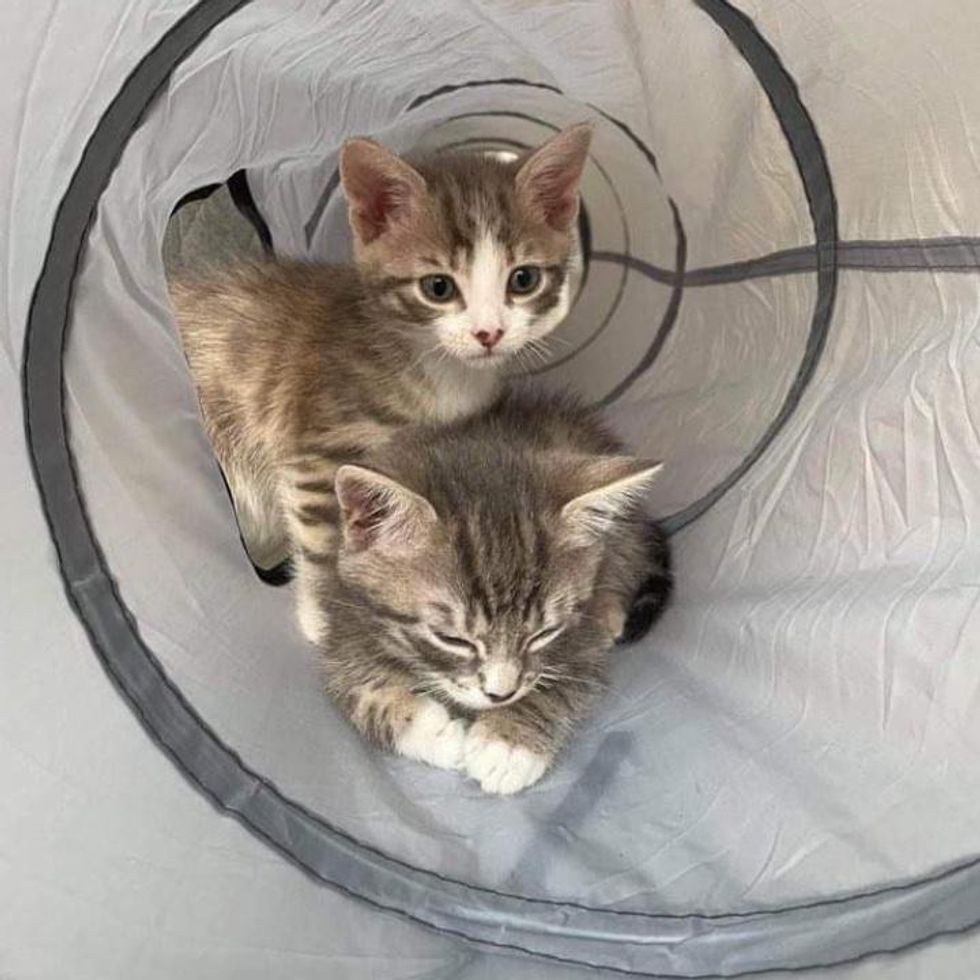 The feline siblings are loving their forever homeRSPCA

Luke and Lauren have bought some nice gifts for their beloved kittens but quickly realized their preferences.

Instead of playing with the assortment of cat toys, the tabbies are more drawn to the cardboard boxes and have turned them into tiny fortresses. 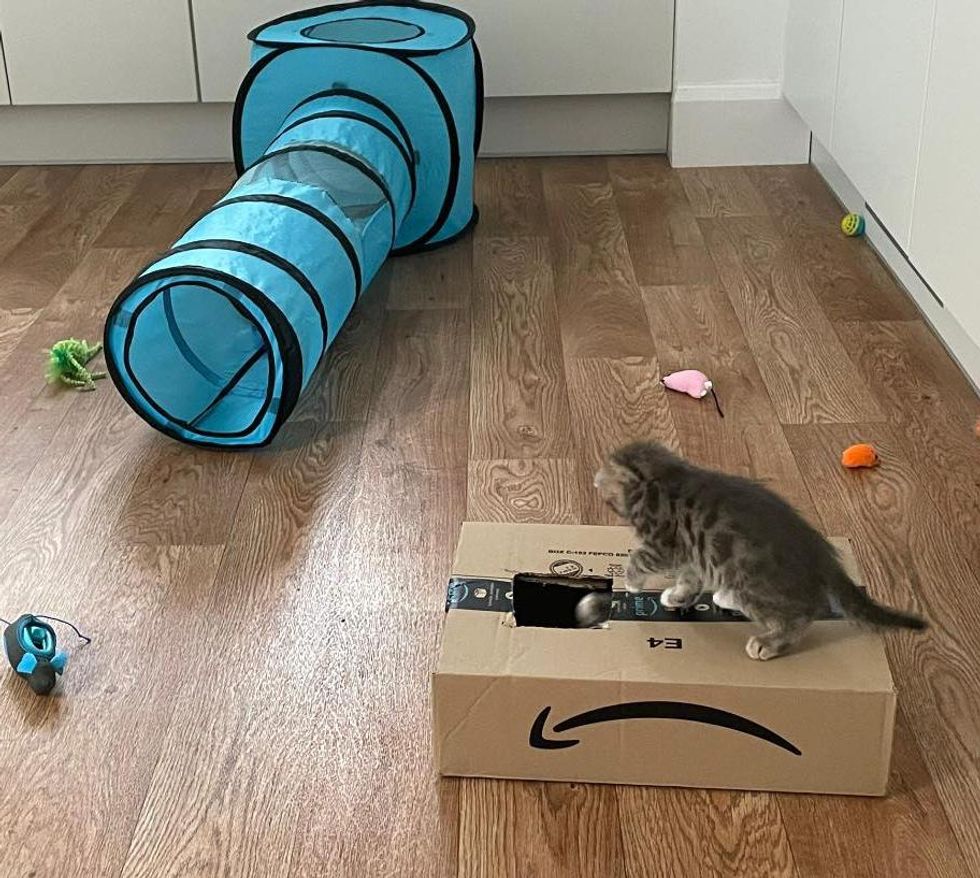 They choose the cardboard boxes instead of the new toysLuke Hewick

The feline siblings no longer have to worry about food or shelter and are running around their house like they own it. They don't hesitate to demand attention from their humans and crawl onto their shoulders to be up-close and personal — bye bye privacy.

"We are proud owners of these little two. We certainly believe we found them for a reason. They will definitely live happy lives with us." 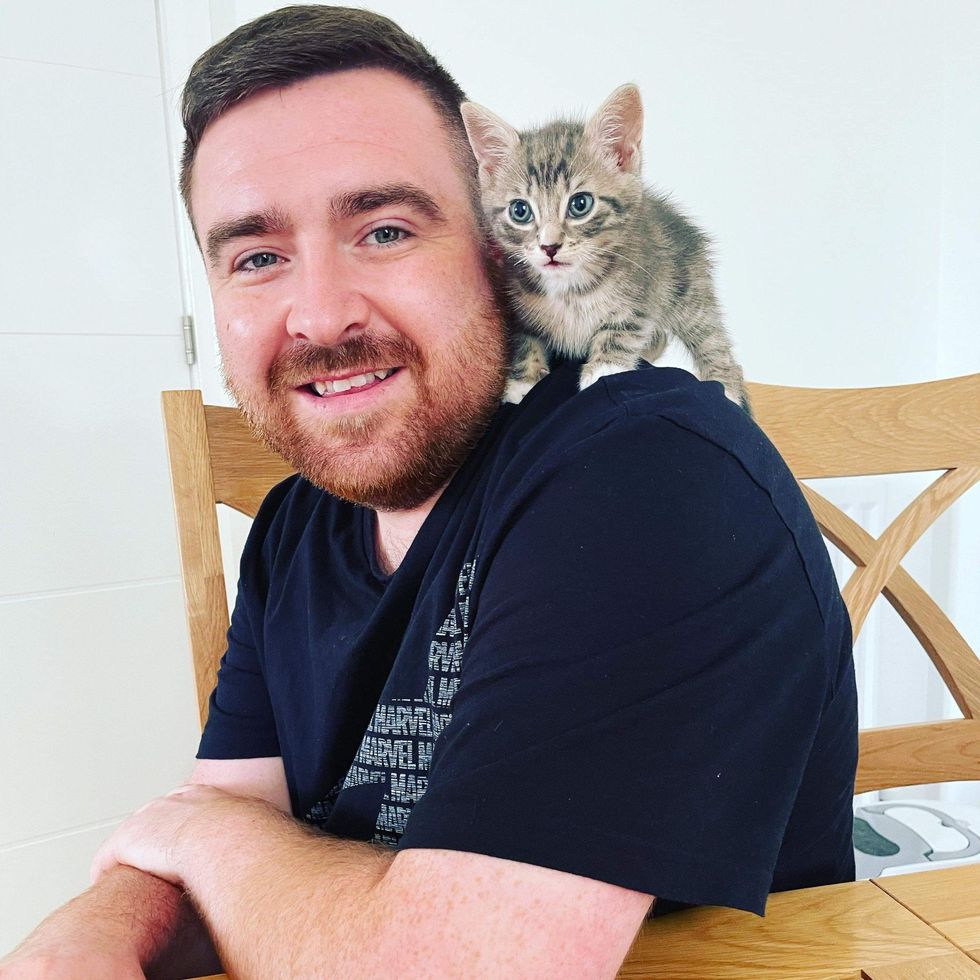