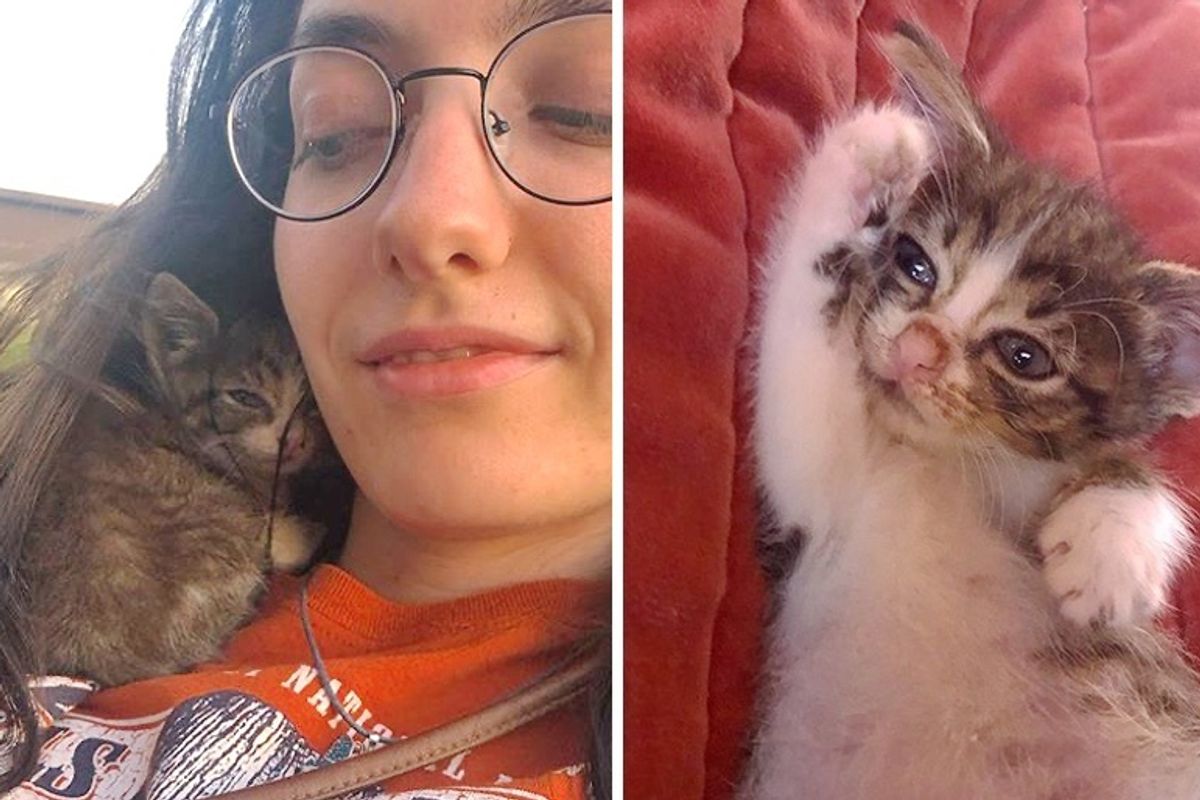 A stray kitten came running to a couple when they found her alone in an open field. 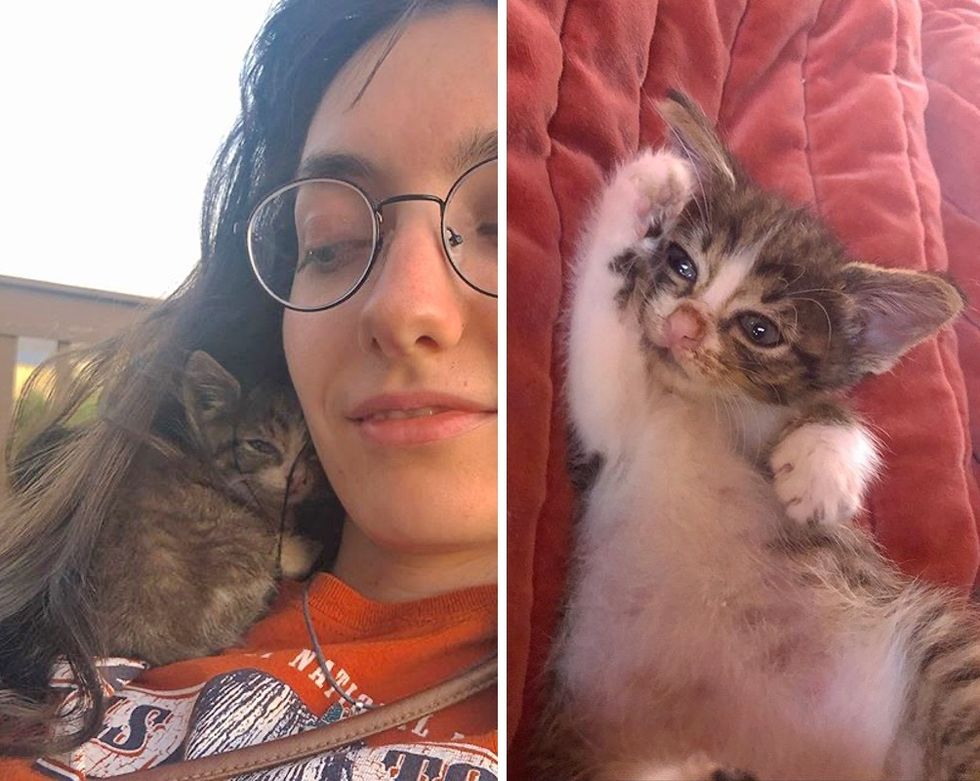 Karianna and her partner were driving by an open field when they spotted a tiny kitten running around by herself. "We pulled over, and as soon as I got out of the car, she started running my way," Karianna told Love Meow.

The tiny stray sprinted towards the couple as fast as her four little legs could. Once she caught up to them, she followed them closely by their feet and wouldn't leave their side.

The kitten was dirty and just skin and bones. The couple couldn't find a cat mother and other kittens in the area, and knew they had to help. They scooped her up and brought her to their car. The tabby girl curled up in Karianna's arms as if she knew that she was safe. 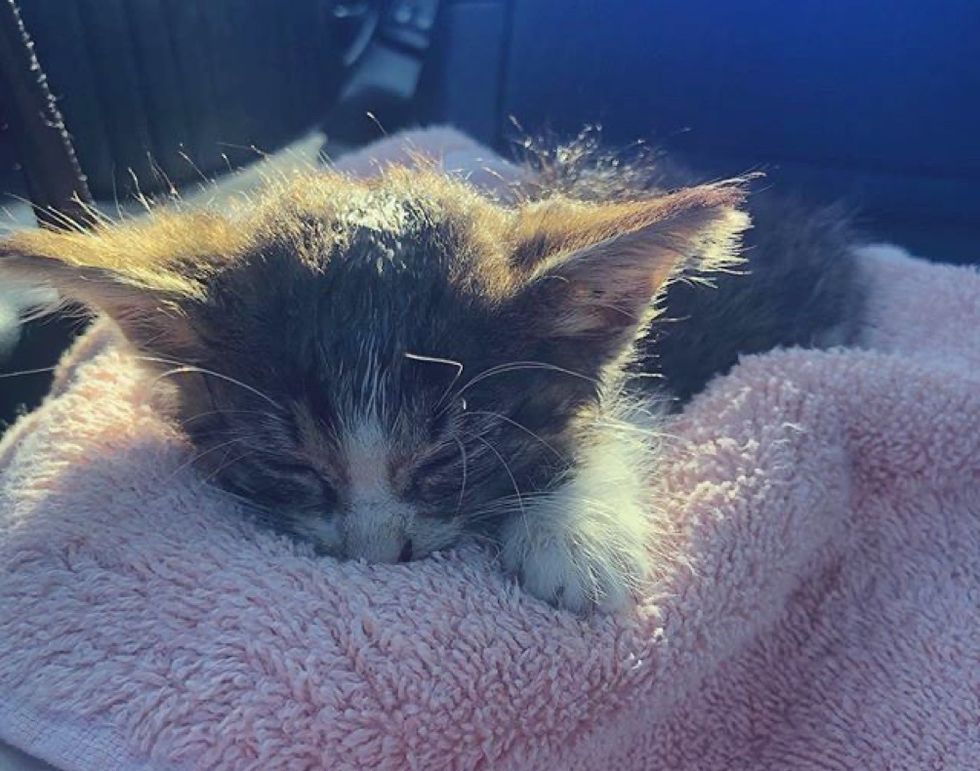 They cleaned her up and lovingly named her Fielda after the place that she was found. "She was loving from the start, never shy or fearful. We took her to the vet the next day," Karianna shared.

The kitten was estimated to be around six weeks old. She was covered in fleas, ear mites and had a mild case of ringworm. 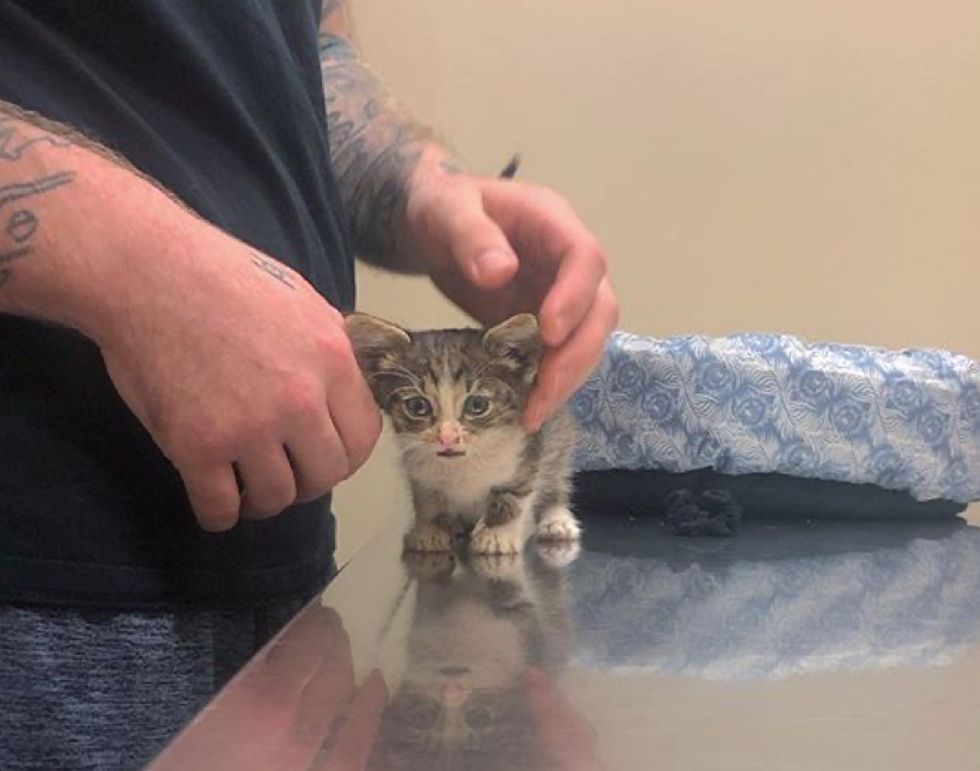 It took a few weeks for the ringworm to clear up, but the tabby girl was resilient and so happy to have a home, a comfortable bed to sleep in and loving humans to keep her company.

The couple had another cat named Leon who was 1.5 years older. They kept the kitties separated for a while until Fielda was medically clear to meet her new friend. 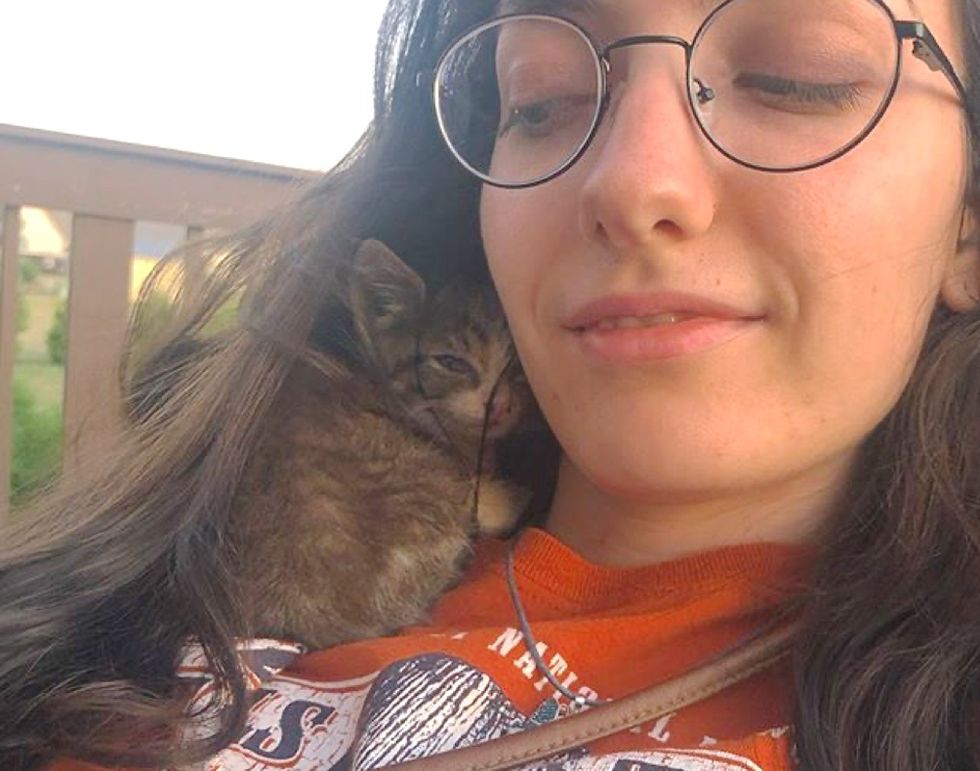 "It took Leon a hot second to get used to her, but Fielda loved Leon from the start," Karianna told Love Meow.

The persistent little kitten would tease her buddy by playing tag or hide and seek, constantly trying to get his attention. Fielda was determined to win him over and wouldn't take no for an answer. 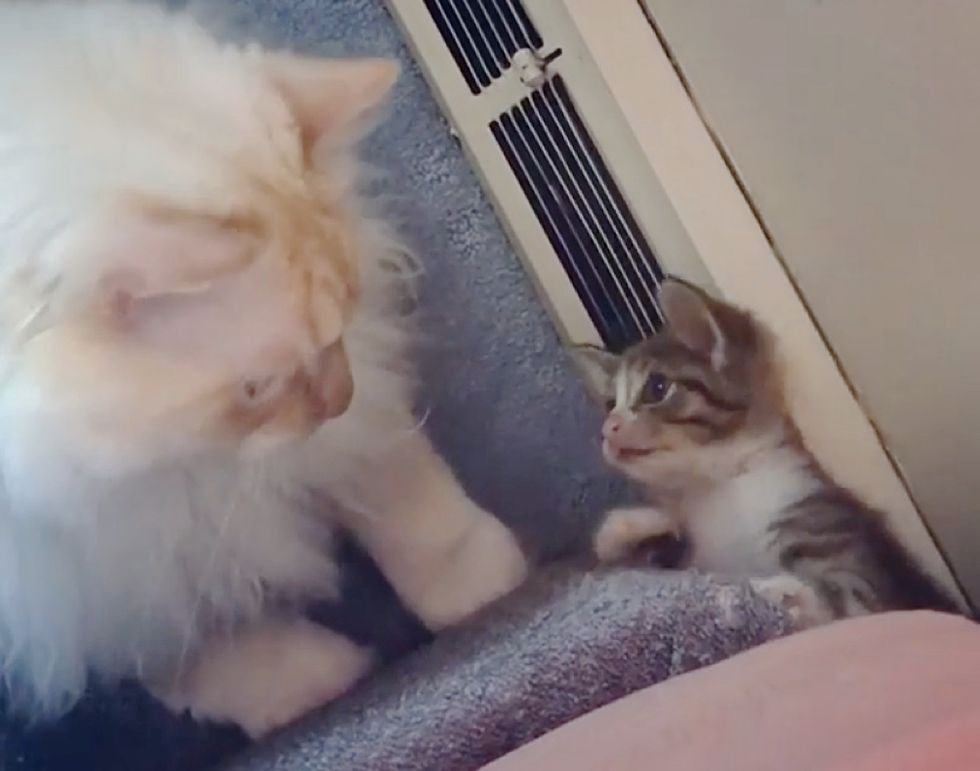 Watch the kitten's journey to her forever home in this cute video:

The rambunctious kitty quickly grew on her feline friend. A few weeks after they were introduced, the two really bonded, doing everything together.

Fielda would tag along with Leon everywhere around the house, and Leon would try to teach his little protege how to be a proper cat. 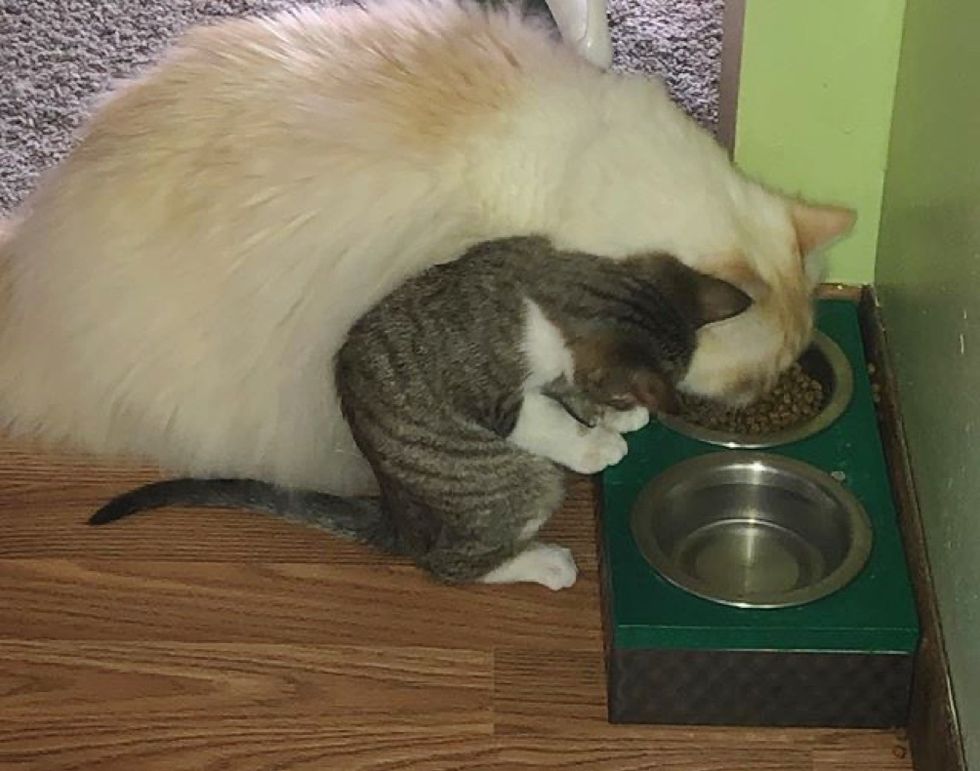 "A year later, Fielda and Leon are best friends. They are always wrestling, cleaning each other, and sharing the cat tower."

The sweet tabby adores her family and is never far from them. She is determined to never be alone again. 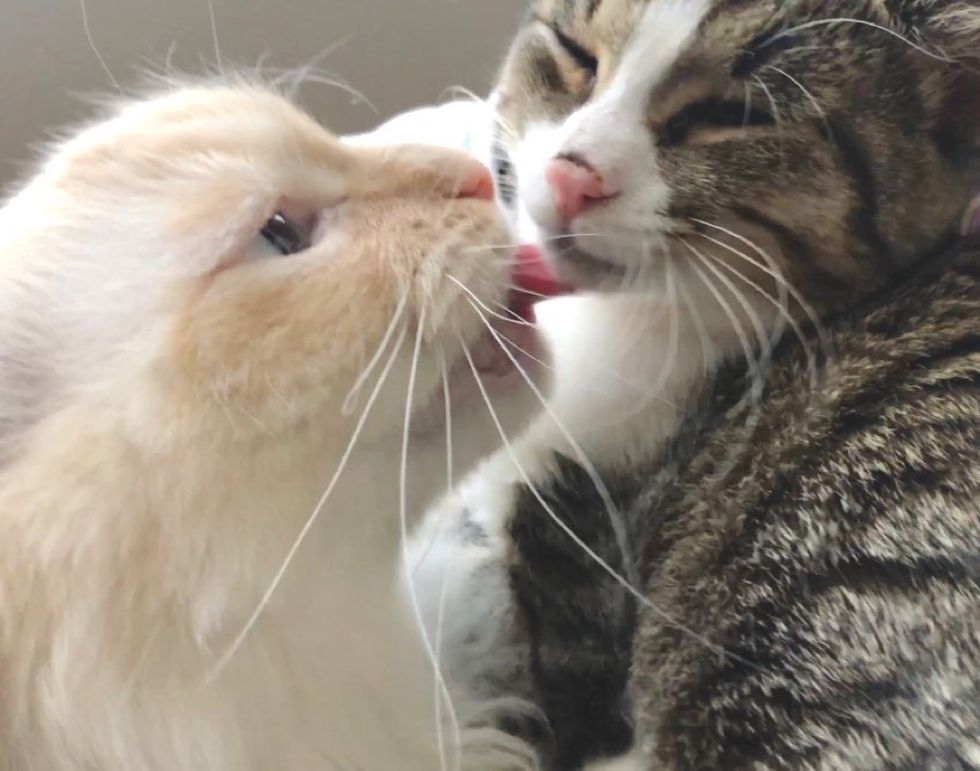 Fielda has grown to really enjoy being cuddled. "She sleeps on us every night and demands her morning pets at the crack of dawn," Karianna shared with Love Meow.

"She's always so careful when she's playing around with us and never gets us with her claws." 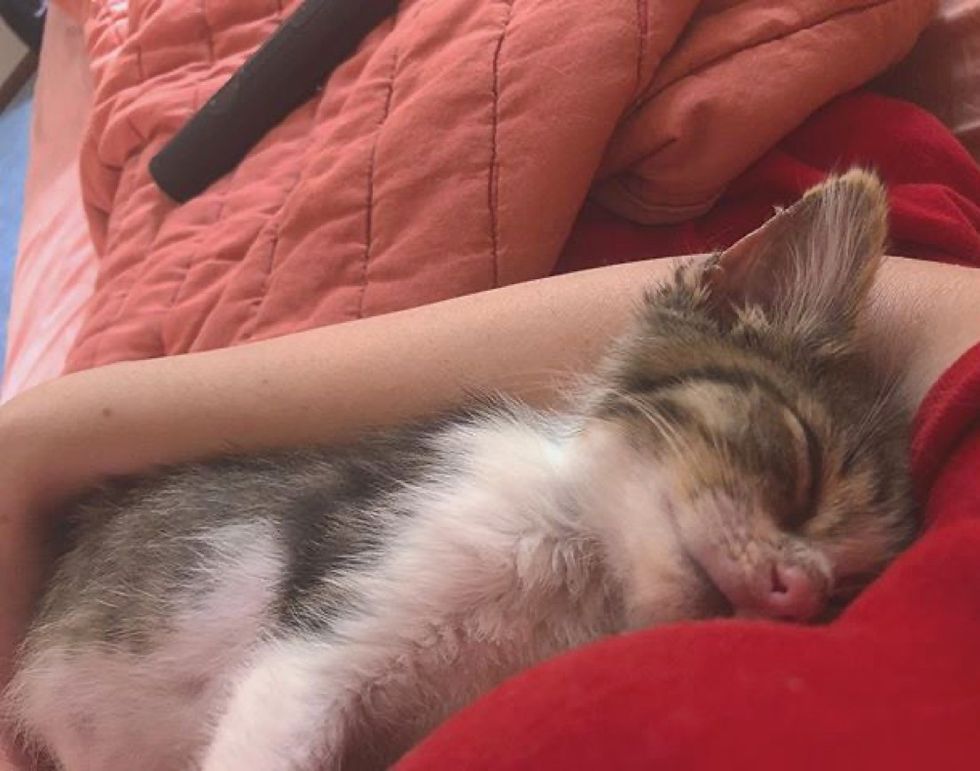 The little former stray has flourished into a beautiful and playful tabby cat. When she is not sleeping or cuddling, she's on the lookout for mischief.

"She's about a year and two months old at this point, and has so much energy! She's always watching birds out the window, playing with her favorite string toy, and munching on food." 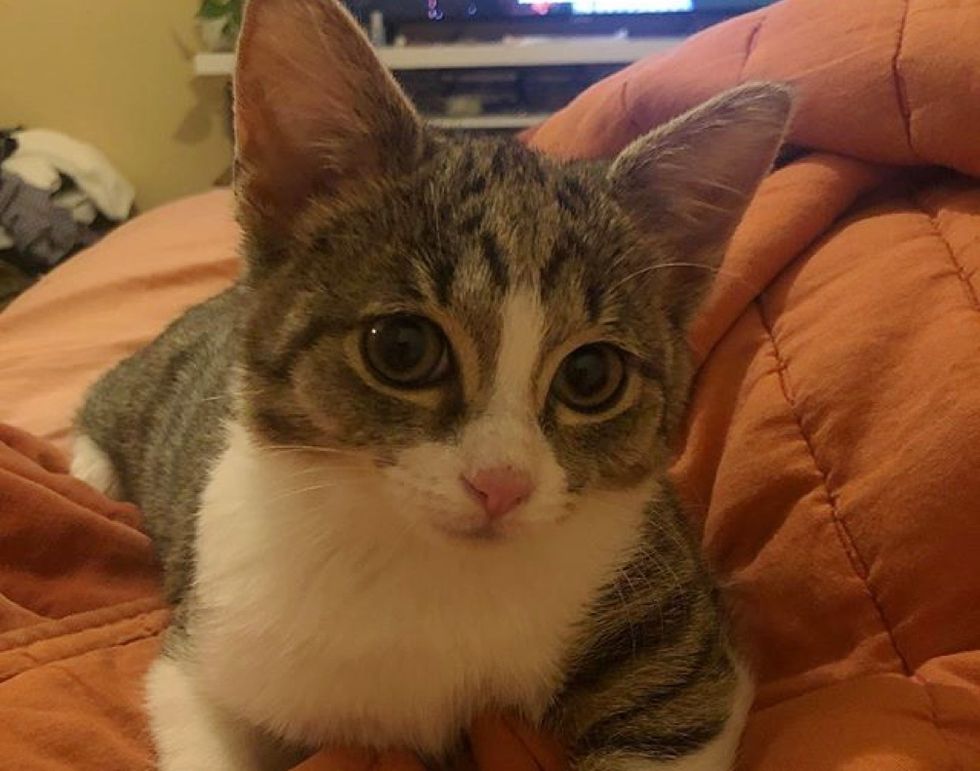 "Fielda is such an amazing kitty, and I'm so so grateful she came into our lives," Karianna shared. 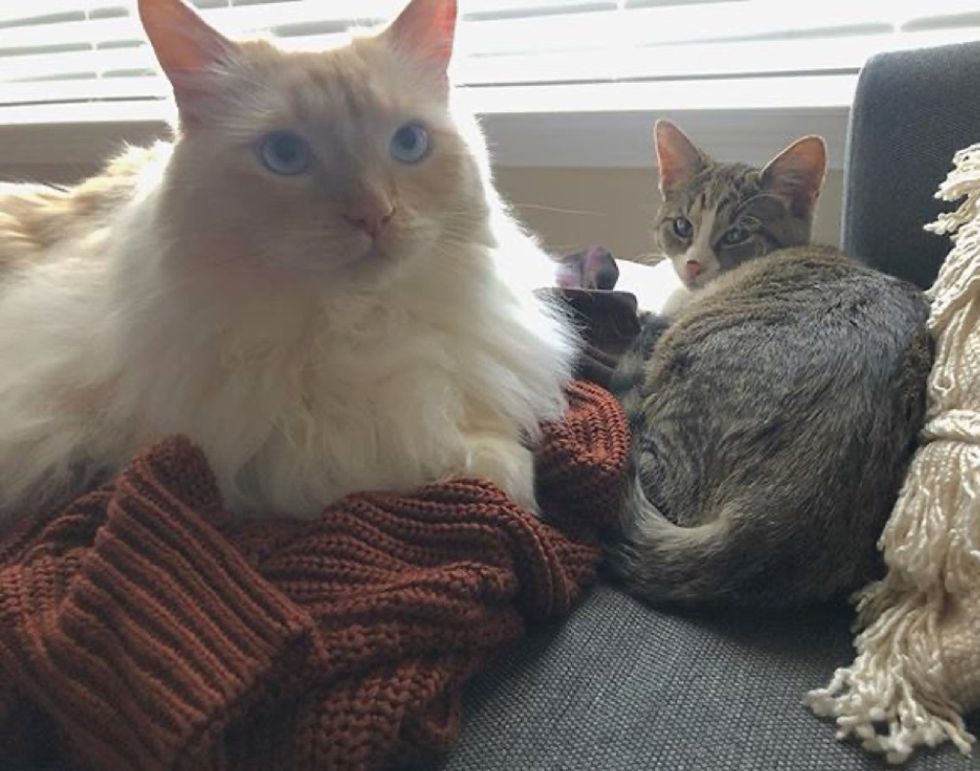