Two feline siblings (Koi and Haku) found themselves at a pound in Japan, in need of rescue.

A woman saved them in the nick of time and gave them a new home. One of her older cats who was rescued from the same fate, became their new dad. 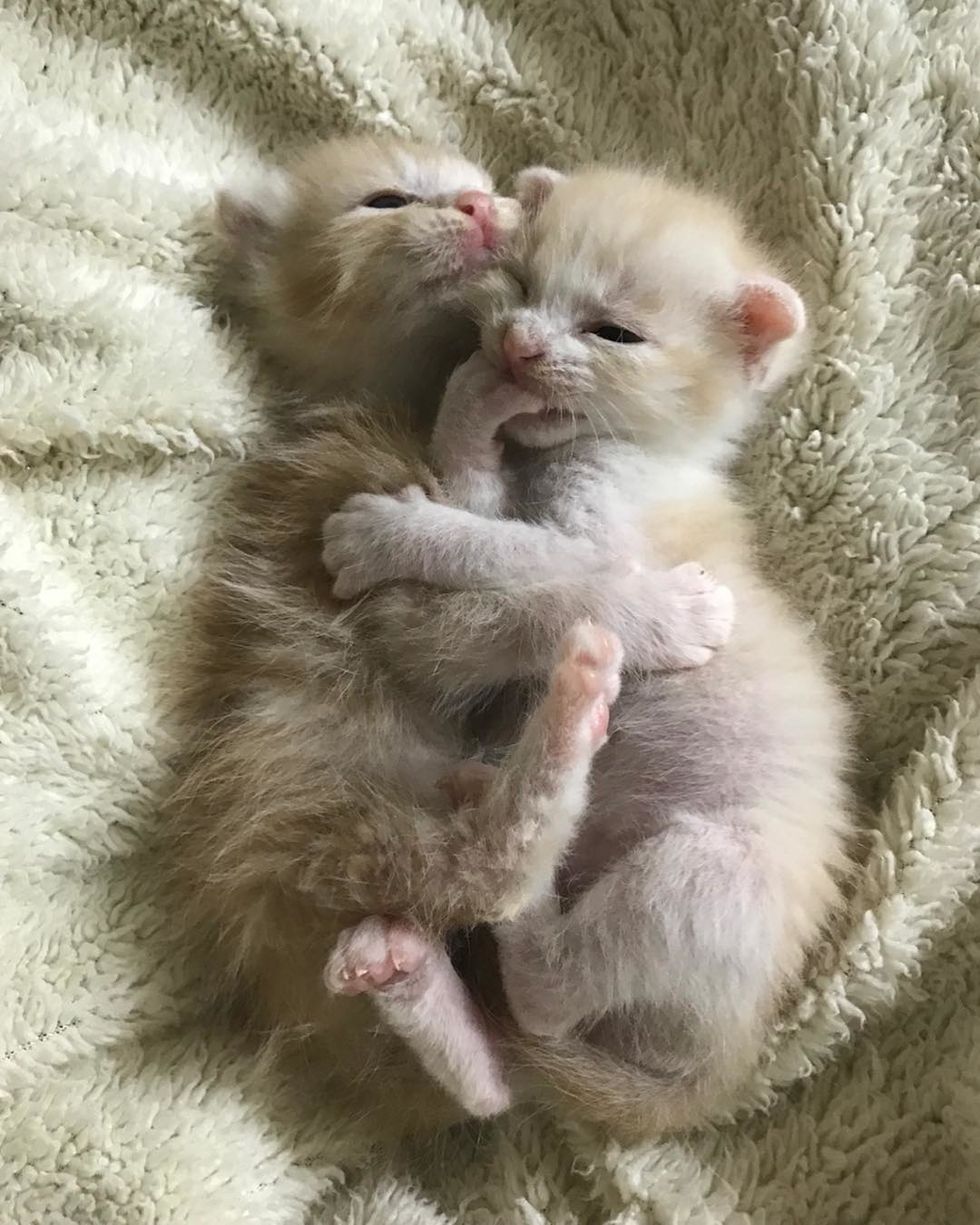 Midori heard about the plight of two young kittens that needed immediate rescue a few weeks ago. They were at the same place where she had rescued her four other cats.

"There is a system in Japan that keeps animals at the facility for several days. If no one comes to claim or adopt them, they will be euthanized," Midori told Love Meow (translated from Japanese to English).

She immediately contacted the facility. Knowing that the kittens were still there, she decided to make another trip to the pound. "As soon as my son returned from school, I went to pick up the kittens." 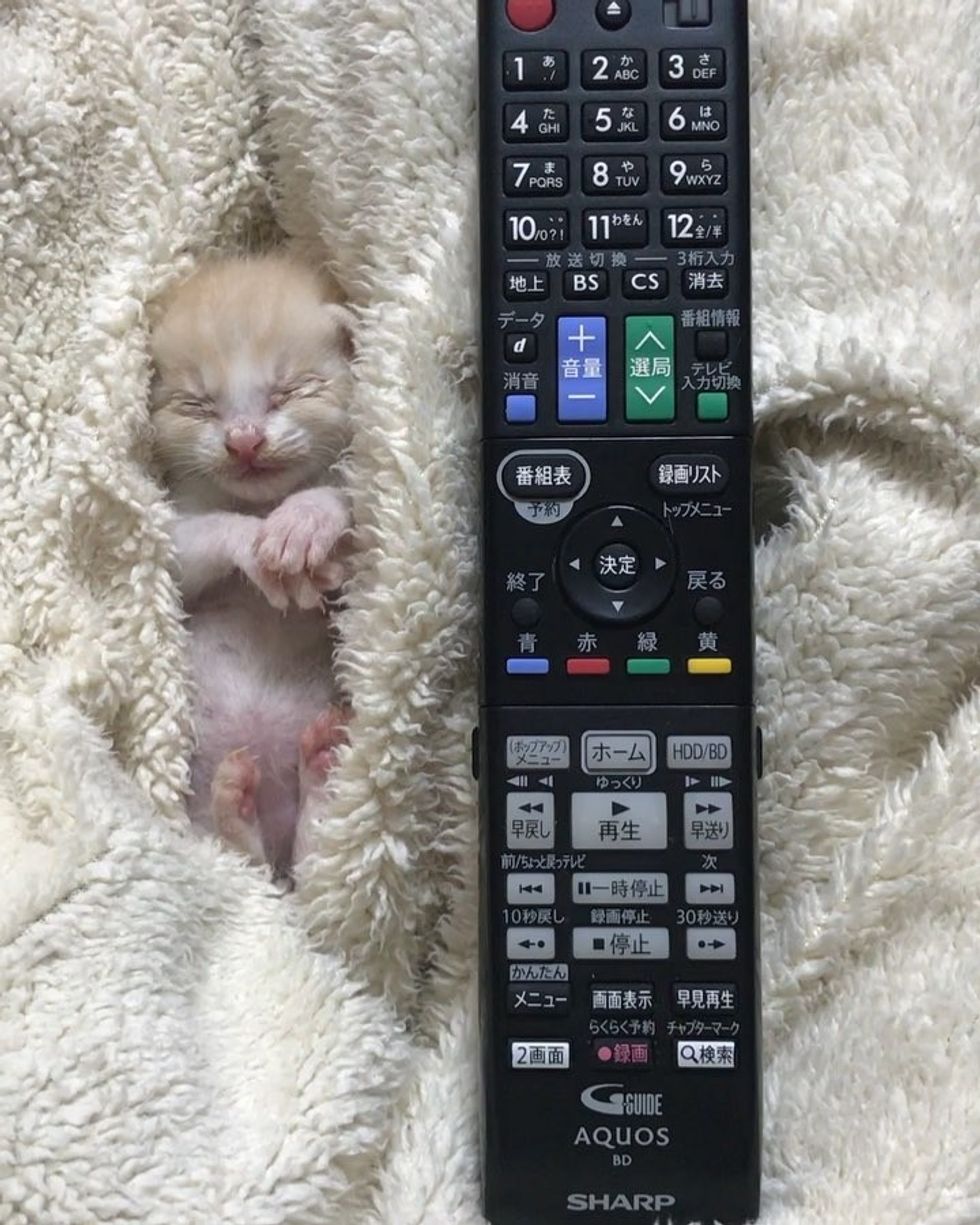 They were the tiniest little things weighing just 120 grams when she got them. "The kittens were in a box with a sheet without anything else to keep them warm. It was a miracle that they had survived this long without proper feedings."

After Midori cleaned the crust off their eyes and treated their eye infection, the kittens could finally see.

They began to perk up when they reached 200 grams. 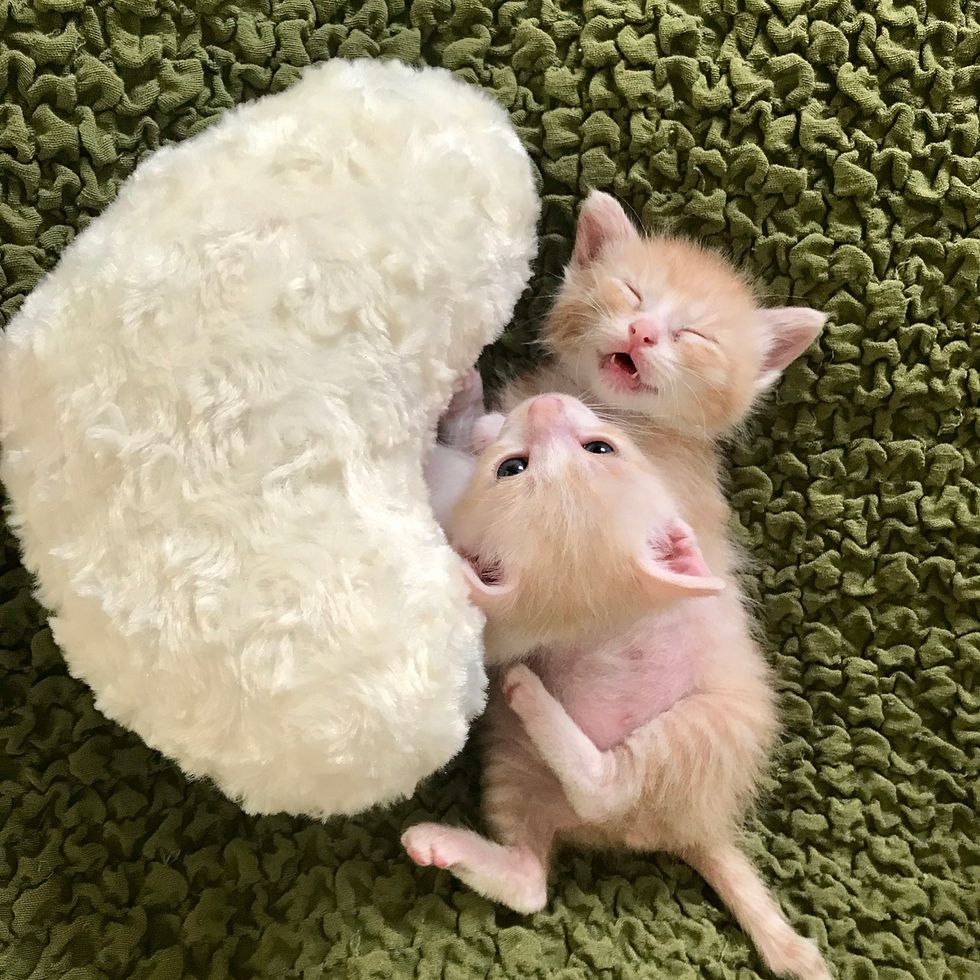 "My husband offered to bottle feed the kittens after he said, 'the kittens are our children now.'"

Together, they nursed the ginger siblings back to health and introduced them to the rest of the crew. One of them immediately took to the new members of the family and started grooming and snuggling with them. 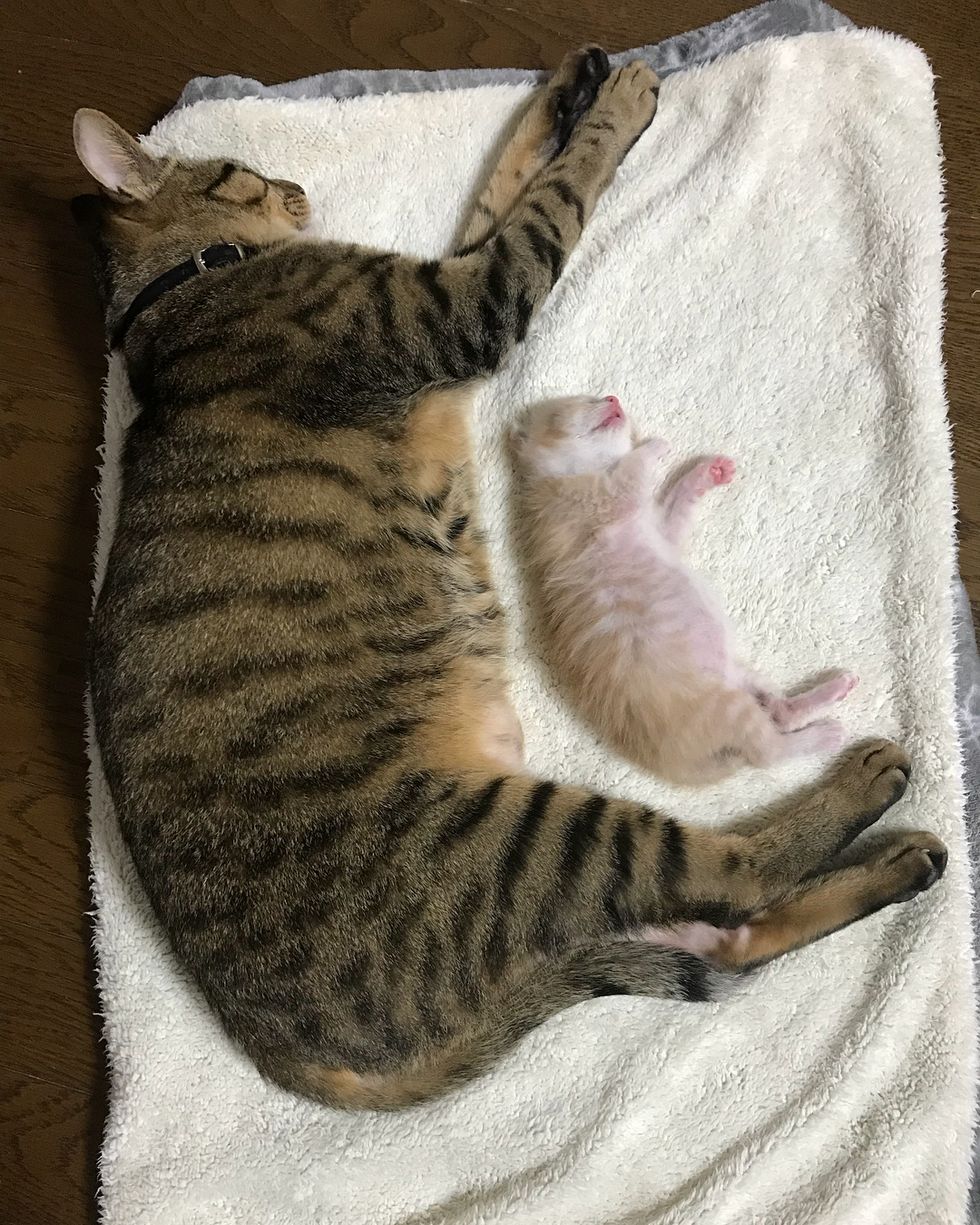 "His fatherly instinct kicked in. Even though he is a boy, he acts just like a mother and cares for them as his own," Midori told Love Meow.

Just like Koi and Haku, Van the tabby and his sister were rescued from the same facility when they were kittens. 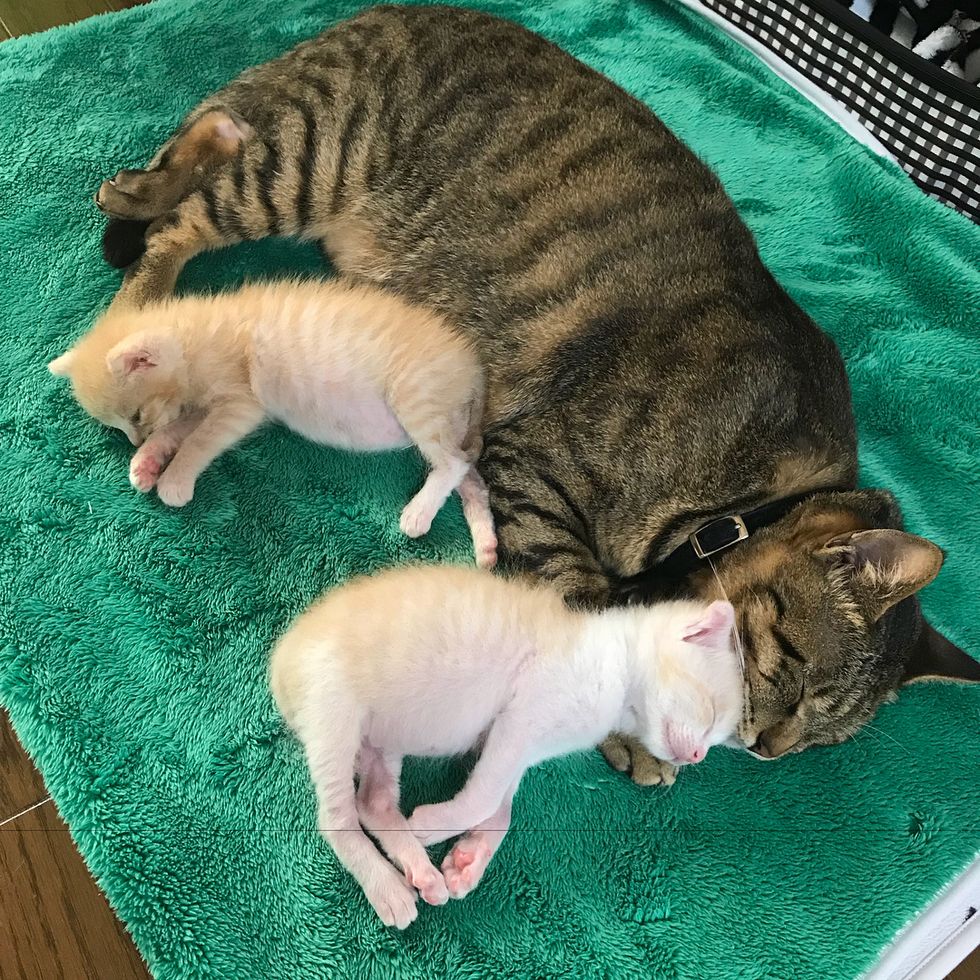 He took on the role as their new dad and showered them with love and cuddles. (Scroll down for video)

The kittens adore him and follow him around the house. 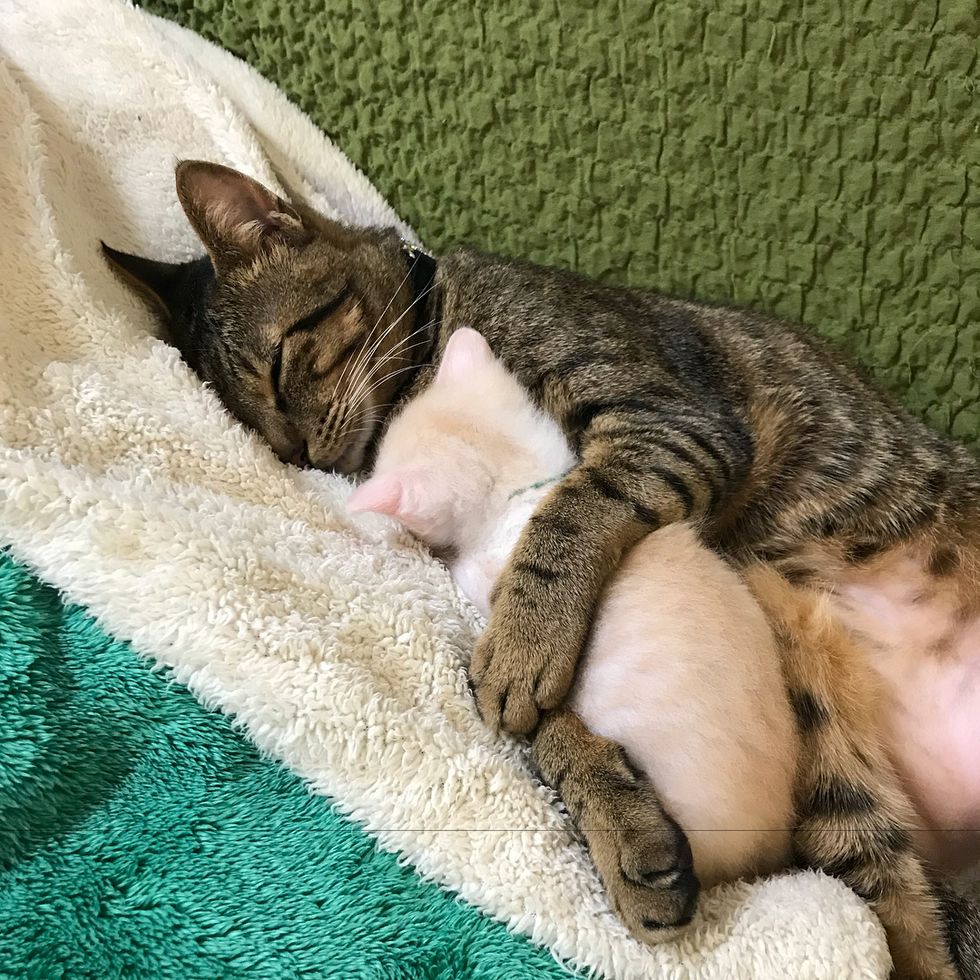 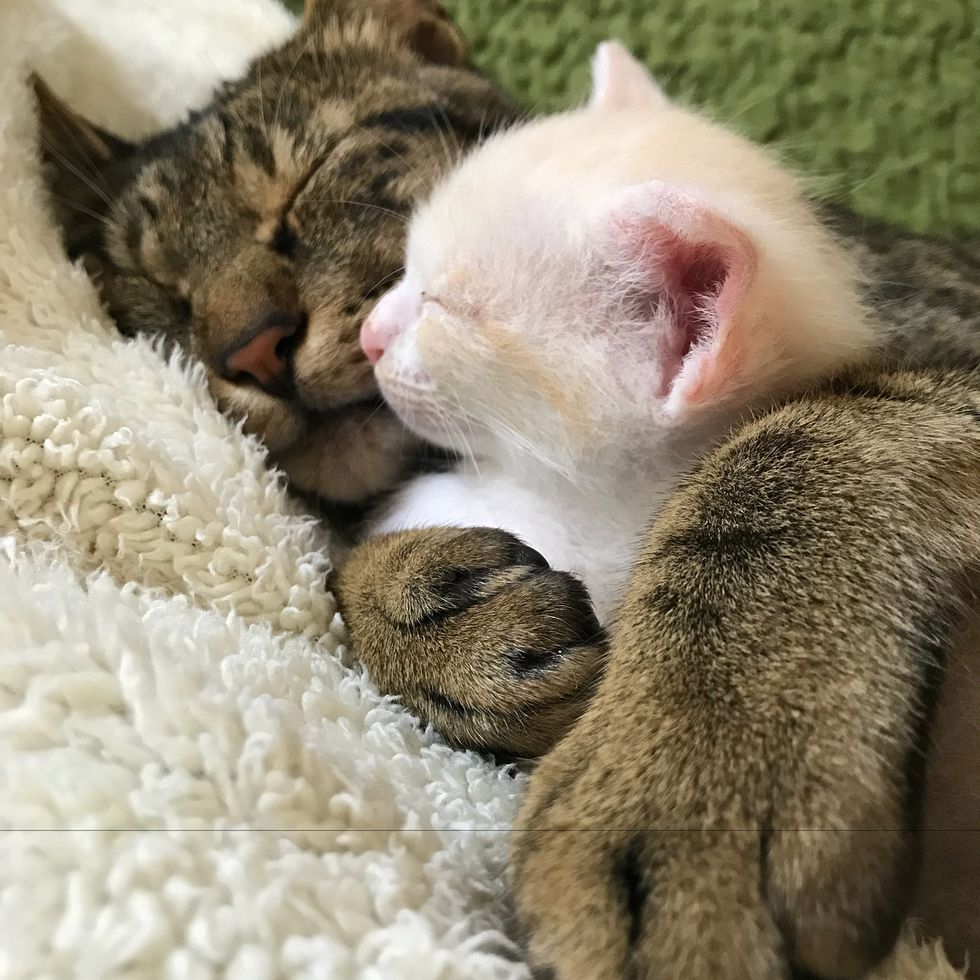 Van loves to cuddle and will wrap his arms around the kittens to give them that extra dose of TLC. 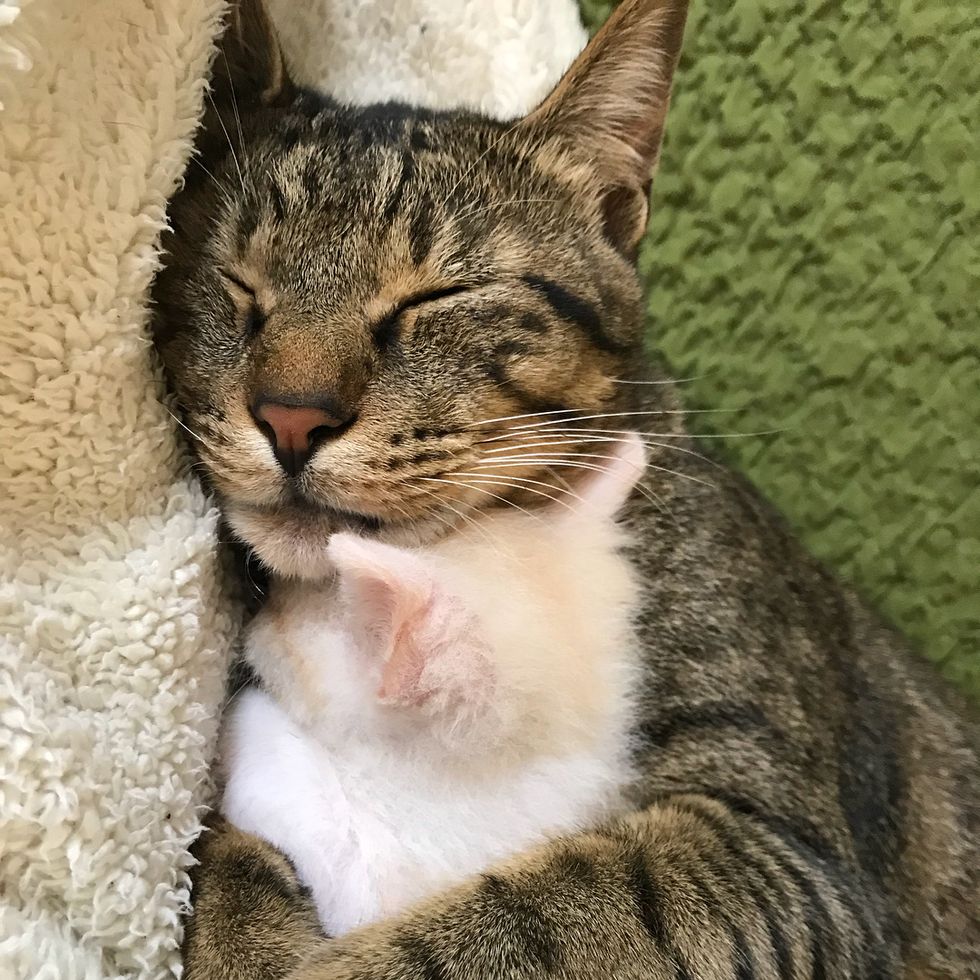 Hanging out on the couch with his adopted fur kids. 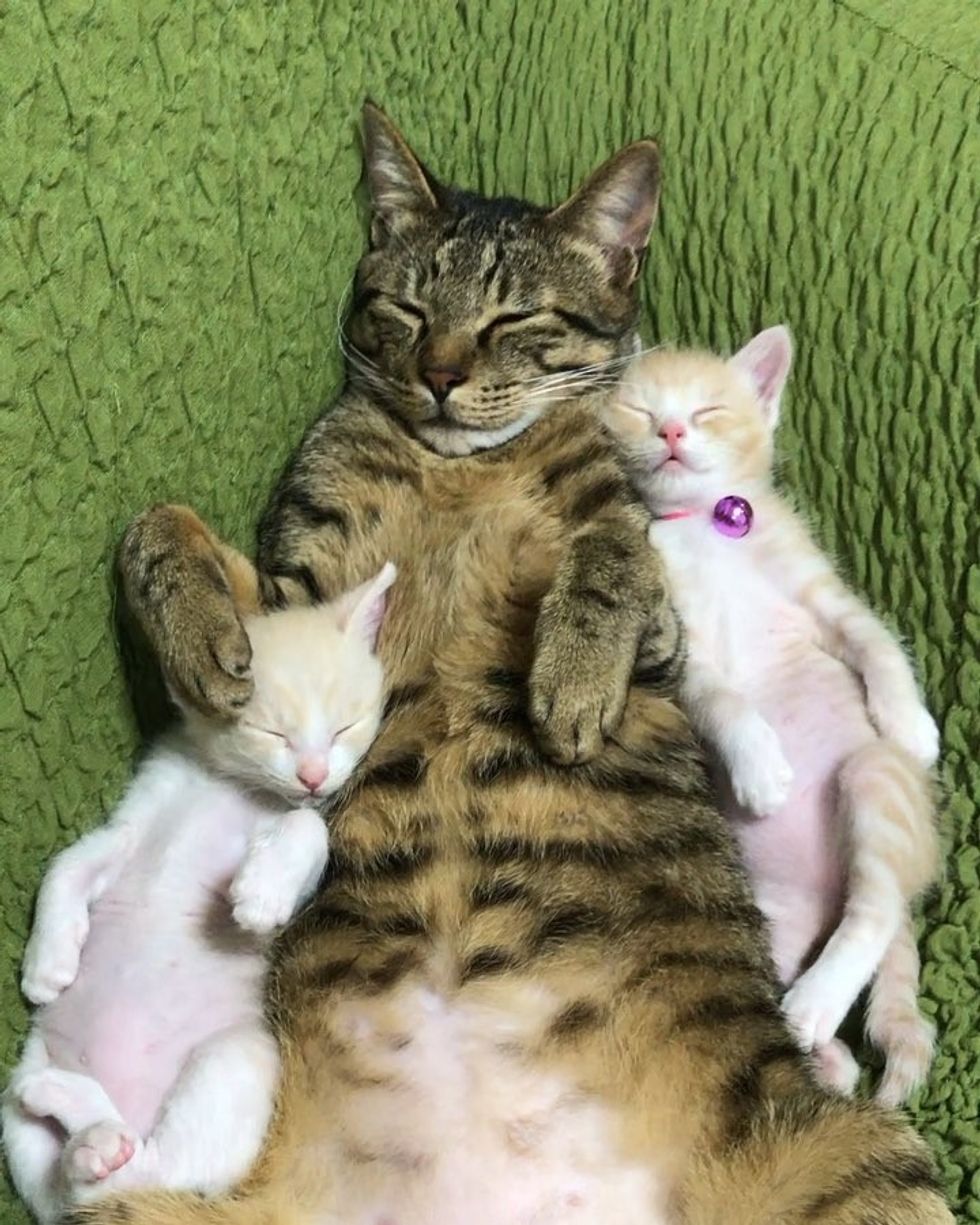 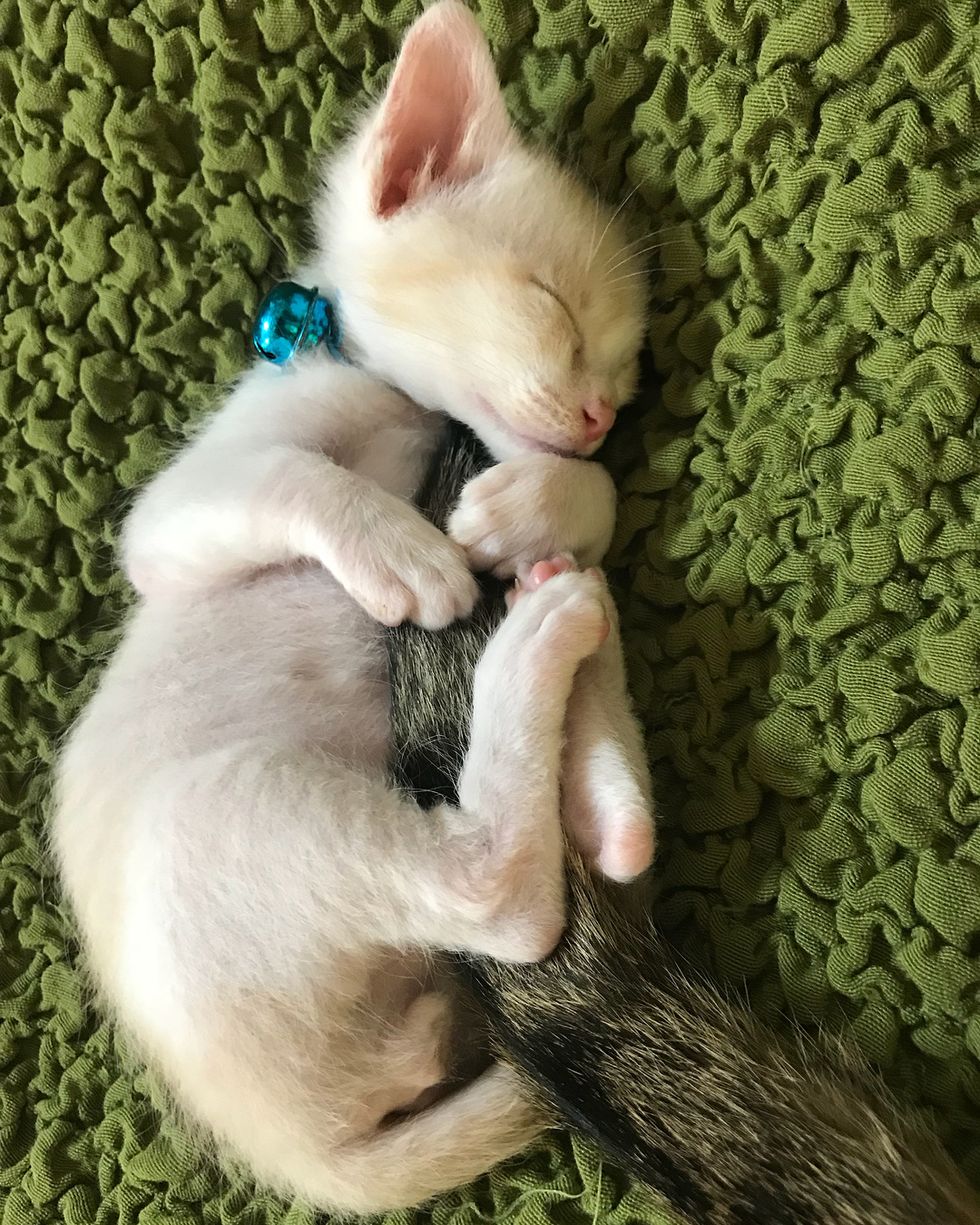 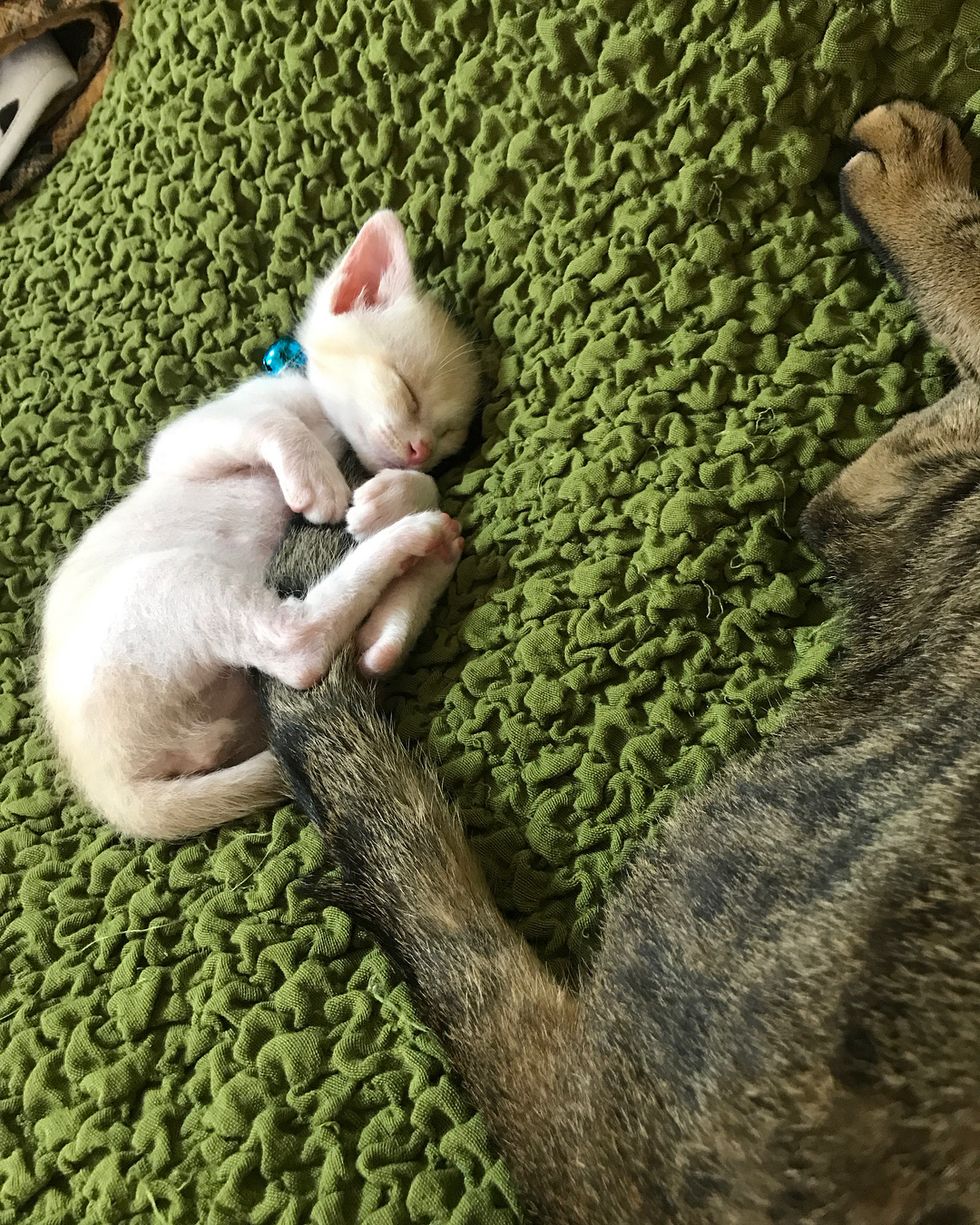