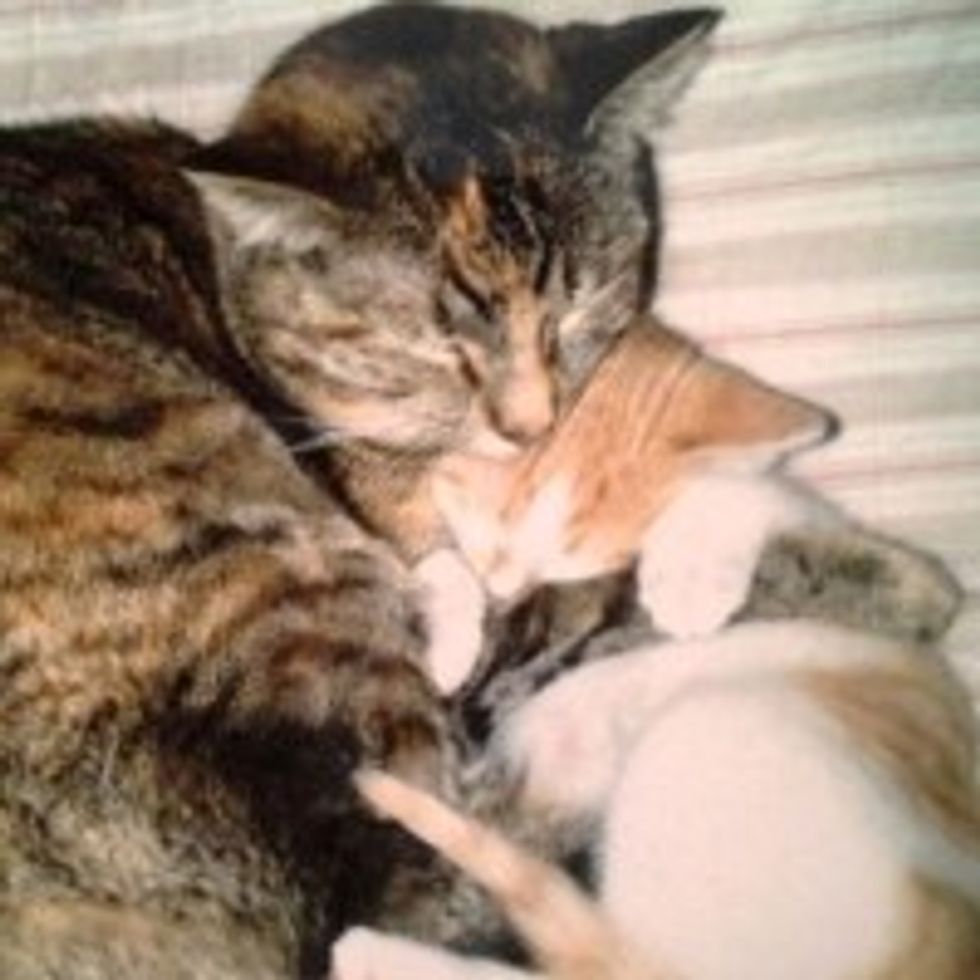 Evan the ginger boy was born to a rescued feral cat. Emotionally, he has always been the clingy one, so when all his siblings had found their forever homes, Evan was introduced to Dora. "When I went home for Christmas break, he really took a liking to Dora (the one holding him), and she immediately became his surrogate mother," said kitty's dad via reddit.

Evan's dad said: "My roommate and I live in an apartment complex that has a 4-5 feral cats that always seem to be lurking around. One night, while we were bringing groceries in, there was a small orange cat that seemed to want some attention, but wouldn't come too close. Every night when we got home from work, the cat would be outside, watching, but wouldn't come near. We jokingly said it was our goal in life to touch that cat. Well, about two weeks later it finally got the nerve to come up to us and we fell in love. Though we aren't allowed to keep a pet, we decided she was ours. No turning back. Two days later, as luck would have it, her belly started seeming ... how do I put this ... big. I kept telling my roommate, 'Man, I think she's pregnant...' And he insisted, 'No way, she's just adapting to having food. She's probably eating too much.' Fast forward a couple months and there are seven newborn kittens in his closet. I managed to find a home for every single one (mostly friends that worked at the newspaper with me), and I kept Evan. The rest is history."

Dora who has never had a kitten is like a mother to the kitten. "Evan would follow around Dora like a shadow, and if they were ever separated, she would make little meow/chirp sounds to find him," Evan's dad added.

Evan and his surrogate mom Dora