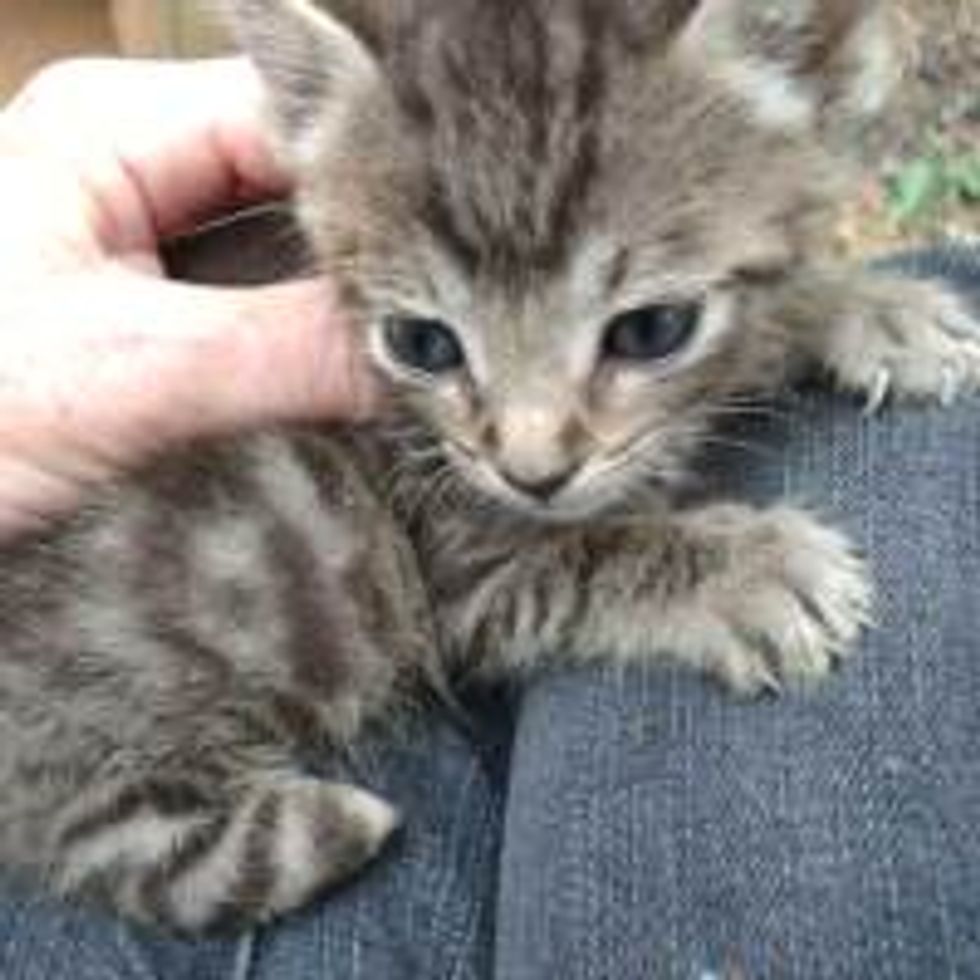 Kitty Found Missing Parts of His Legs Finds a Home

Virgil and his three siblings were turned into animal control one day. He was missing parts of his back legs and no one knew exactly what happened.

"One rescue group refused to take the one bottle baby who needed them the most, the one missing parts of his back legs, and said they would only take the three 'normal' ones. Eva immediately stepped in and said we'll take him but only if he has a sibling for company. That's how I got Virgil and his sister Xena," said Lisa.

Little Virgil's uneven legs have never been an issue for the little guy. As soon as his legs healed up, he started running and hopping just like any other kittens. If Virgil could speak human language, he would probably tell us "I'm fine, thank you."

On his way to his forever home

Medium and small tigers. Virgil eating with his new BFF