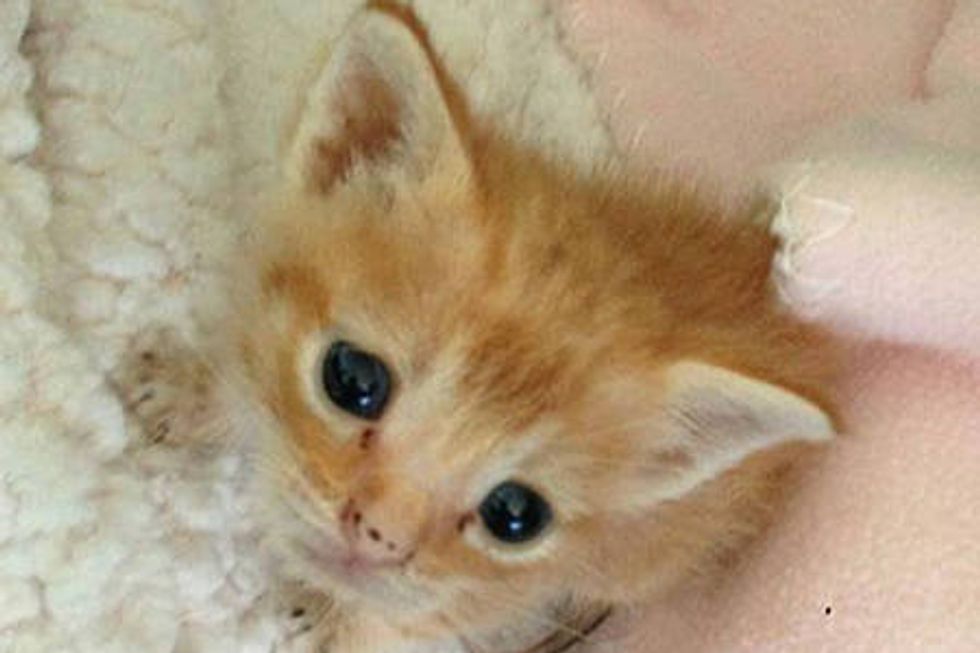 While others think this tiny feral kitten wouldn't survive, one rescue group took him in and gave the tiny ginger boy a fighting chance.

His name is Javier. When they brought him into the shelter, he was very weak, but it turns out that the little guy is a fighter.

Javier was rescued by the San Francisco SPCA. He had a rough start in life and was not able to eat well. They placed an IV to help him get better. It worked, but Javier needed much more attention from a caretaker, so they found Amber Holly of Saving Grace Rescue Inc, an animal rescue organization specialized in helping special needs and injured cats.

With a lot of love and round the clock care, Javier is doing much better. He has regained energy and is starting to show a lot of personality.

Even though little Javier is only as big as the size of a hand, he has a big heart and determination to live. He purrs when there are people around as if he knows that he is in good hands.

Little Javier came in fighting. He was taken in by Saving Grace Rescue Inc. and given a second chance at life.

He had a rough start, but life should just get better from here!