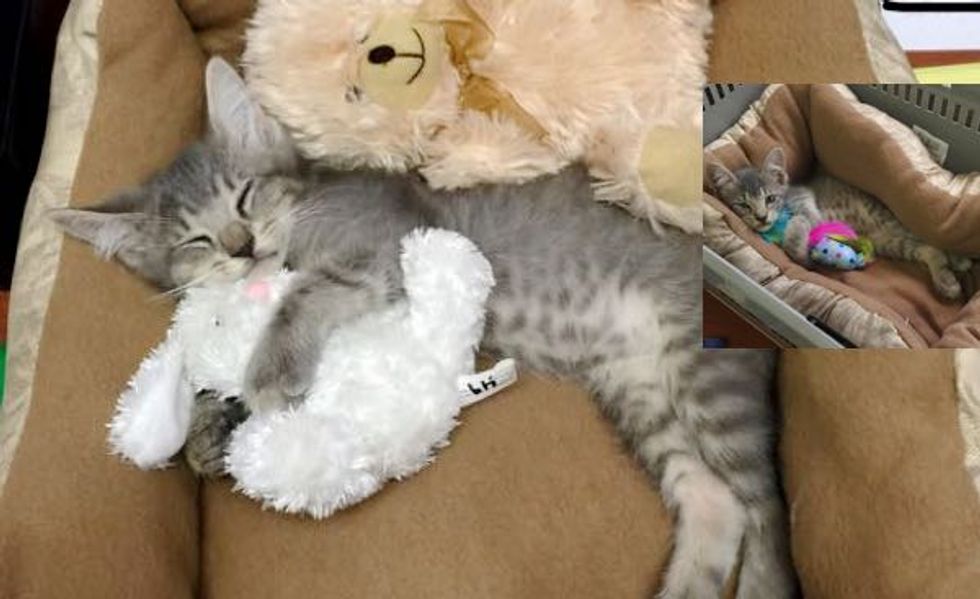 This gray kitty strayed into the hearts of the employees at an office in Texas. "We have a bunch of saps around the office who can't help but to take (him) in," one employee wrote via reddit.

"We have been dancing around the idea of getting an office cat for awhile and someone found this little guy and knew we might be interested," he said.

"Owners of my work were okay with it so we rescued him! He was flea infested and pretty rough looking but he is living the dream now!"

They believe the little stray wandered into someone's house. "Not sure exactly how he got there. Just know that he wouldn't have gotten much farther on his own," he added.

They gave the little furry friend a very needed flea bath after they got him. "A lady in our office sat there and physically picked (the fleas) off of him."

They decided on the name "Blade" as in blade of grass. "I work in the office at a really laid back grass farm in the middle of nowhere, Texas," he said.

Everyone in the office takes turns to play and look after their new kitty and they have even set up a room for little Blade with a litter box, food, water, and a bed . "But there is also a lady that rents the space upstairs and lives there and she is going to help as well."

He's been a joy to the employees at the office and has "hilarious mannerisms." Everyone can't help but adore him.