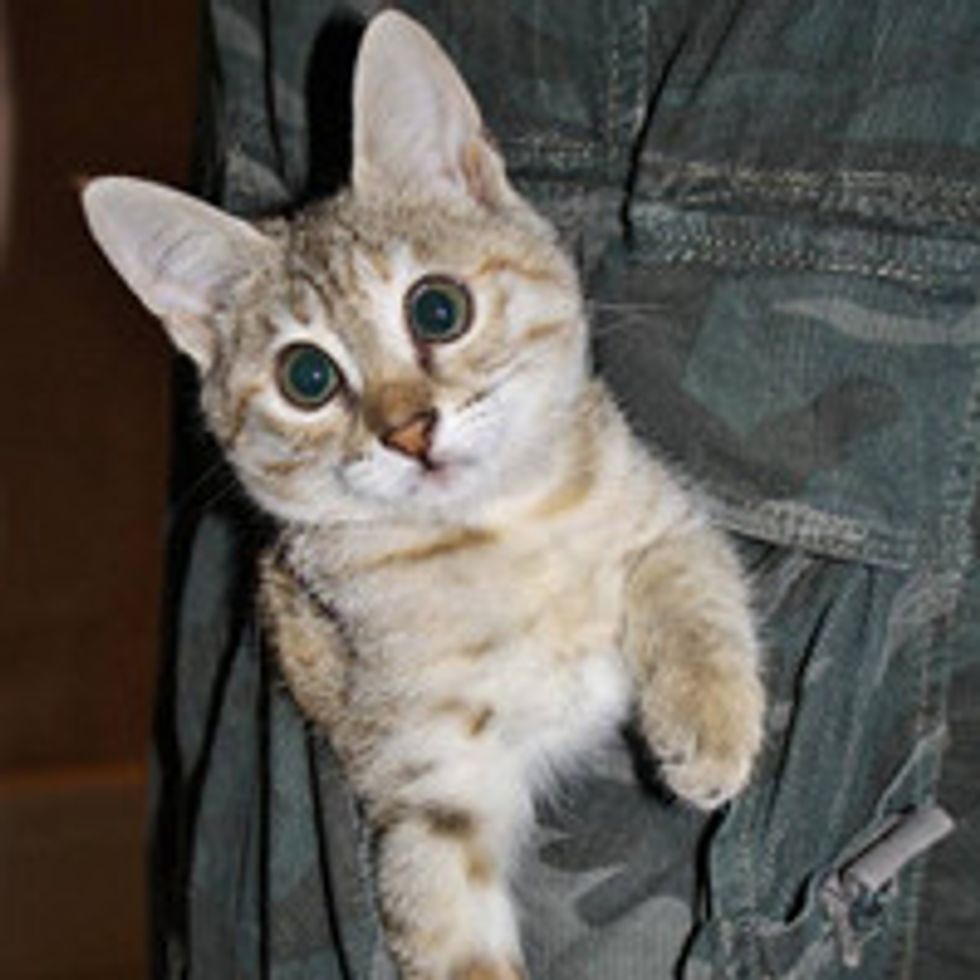 Lucy The Cat: Blind But Perfect!

When people doubt that a blind cat can have a quality and happy life, Lucy the rescue cat who can't see has proven them wrong. This is her story.

"I left late for work one day. I usually took a dirt side road to get to the main road... At night, some people come to this area to hang out and make fires. You see lots of trash the morning after. But, today I noticed something unusual as I drove by, a shoe box. As soon as I saw it and as I was passing it, I thought, how odd! I continued to look at it through the rear-view mirror when I noticed something fluffy jump out of the shoe box. It registered in a second that it was a small kitten. I stopped the car and reversed towards the shoe box. I got out of the car and climbed the sand hill, where I saw it run, all this in my proper work attire. I saw it run behind a plastic road block, left there by construction workers years before. I called out to her and she came running towards me. I picked her up and walked back to the car. I called work and told them I was going to be late," said Rashe Nejd.

"I drove to the vets to have her looked at. At a stop light, I peeked into the box and noticed that she had fallen asleep. She was so calm even when I picked her up. I left her with the vet and went to work."

When she returned to the vet, she got the news. "She told me that Lucy was blind but otherwise healthy. She asked me if I wanted to put her to sleep. I said, no, why would I do that. She told me that Lucy could have a lot of problems like she wouldn't know where the litter box was or she would continuously run into things hurting herself. She told me that I could keep her but I would have to create a stable environment and not move furniture around etc..." It was never a problem for Rashe to keep Lucy because she knew Lucy would be able to live normally despite her condition.

"Well, Lucy learned everything pretty quickly. She learned where her litter box was and never even once had an accident. She grooms herself and plays with Mahboob (another cat). Occasionally she bumps into things but it doesn't faze her. She loves to jump on the kitchen counter using echo-location and up on her cat tower," she added.

"She is pretty much very normal in all ways. She is and continues to be an inspiration."

Lucy the blind cat was found in a shoe box. The vet didn't believe that she could survive, but she's proven them wrong.

Lucy all grown up today.