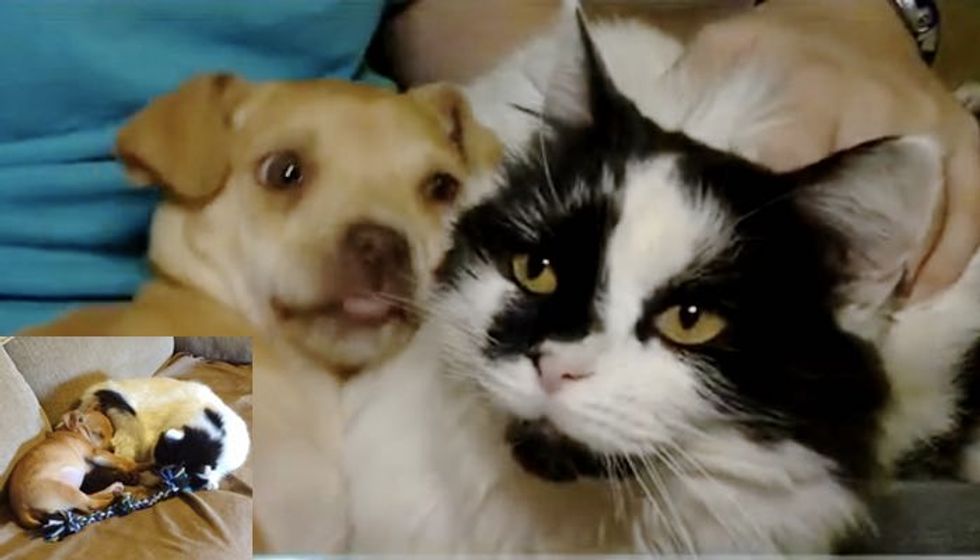 A male cat took in a little injured puppy with open paws and nursed her back to health. 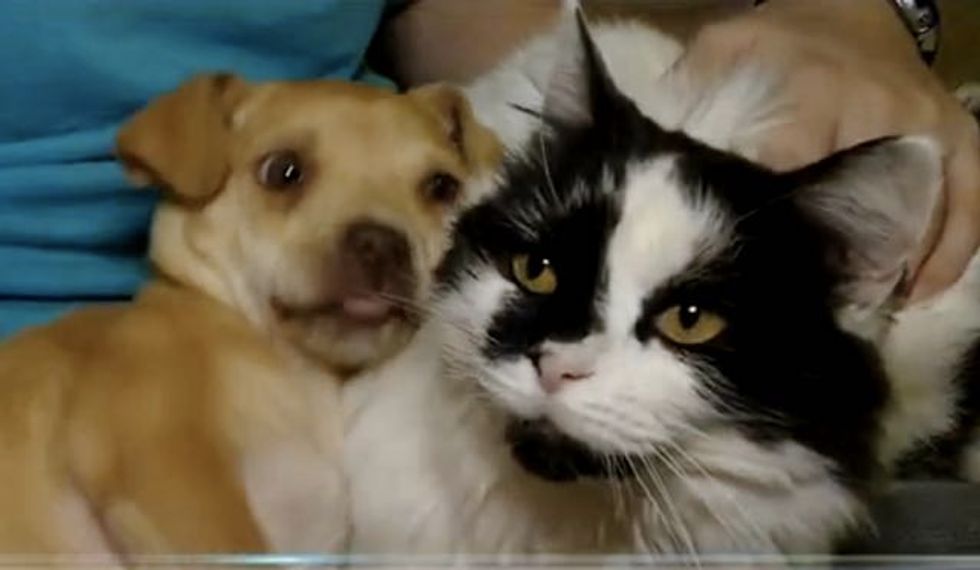 Star the puppy had a rough start to life and was in desperate need of love. When Stripe the cat met the little puppy, he hopped into her crate and started caring for her.

Linnie Green of Claiborne Animal Shelter often takes puppies or kittens that need to be bottle fed home. Her cat Stripe decides he will help her with the babies.

"When Linnie brings home a baby, Stripe hops right in with it or them and just mothers them, licks them to keep them clean, and snuggles up with them," Liza Martz of Claiborne Animal Shelter told Love Meow.

Star the puppy was brought into the shelter a week ago today. 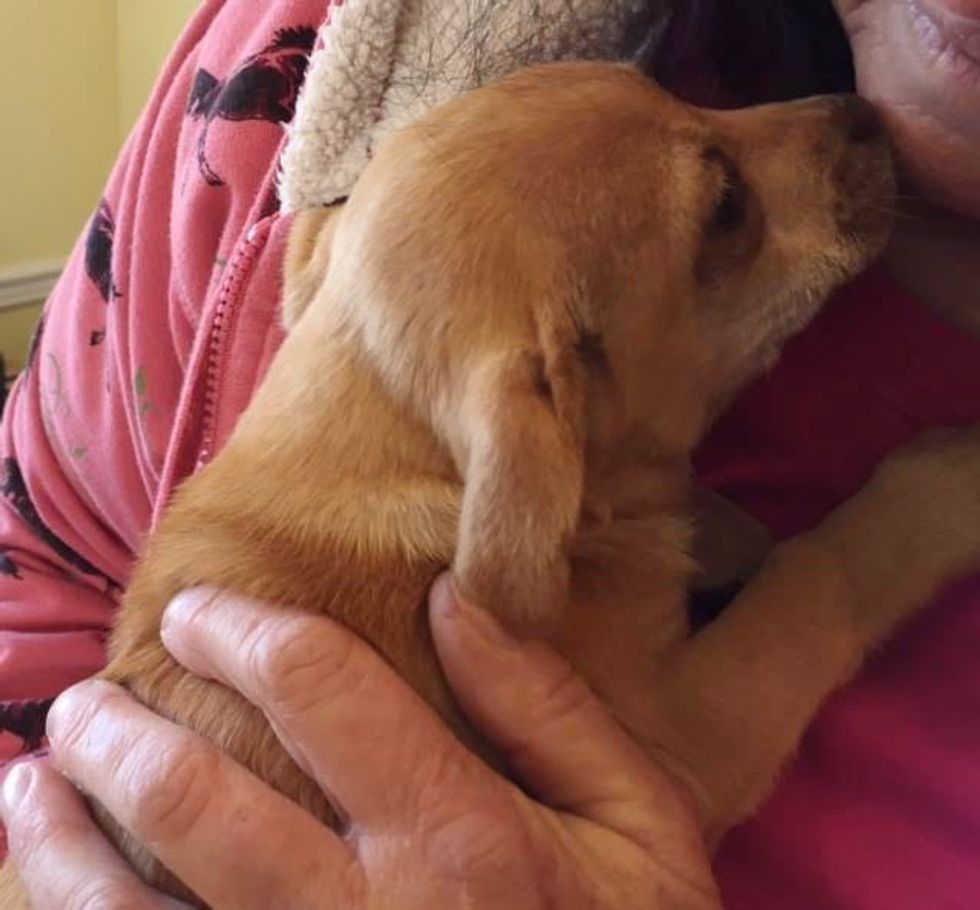 "Star and her sister are about 7 weeks old and someone had tossed them out, which is bad enough, but they were thrown into a pile of barbed wire."

Twinkle, Star's sister, got off with a few scratches and a would on her ears, but Star ended up with an injured belly and needed emergency surgery to save her life.

When Star came to her foster home, Stripe the cat invited himself into her crate so he could care for her. 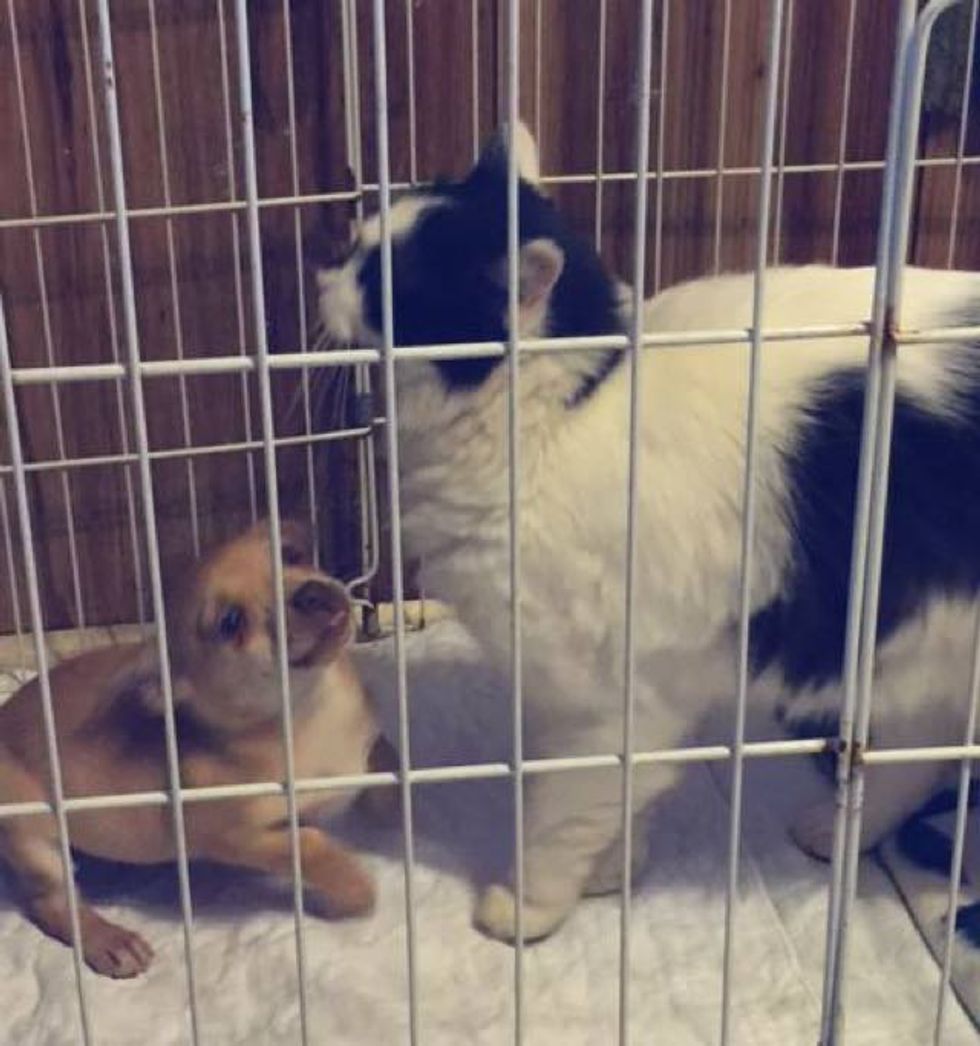 "Star was scared and weak. She was kept in a crate but came out a couple of times a day to walk around. Stripe simply decided to visit Star in the crate, and later in a puppy pen, to make sure Star was nice and clean."

Stripe became Star's caretaker and wouldn't let her out of his sight.

Stripe watching over his puppy while she is recovering. 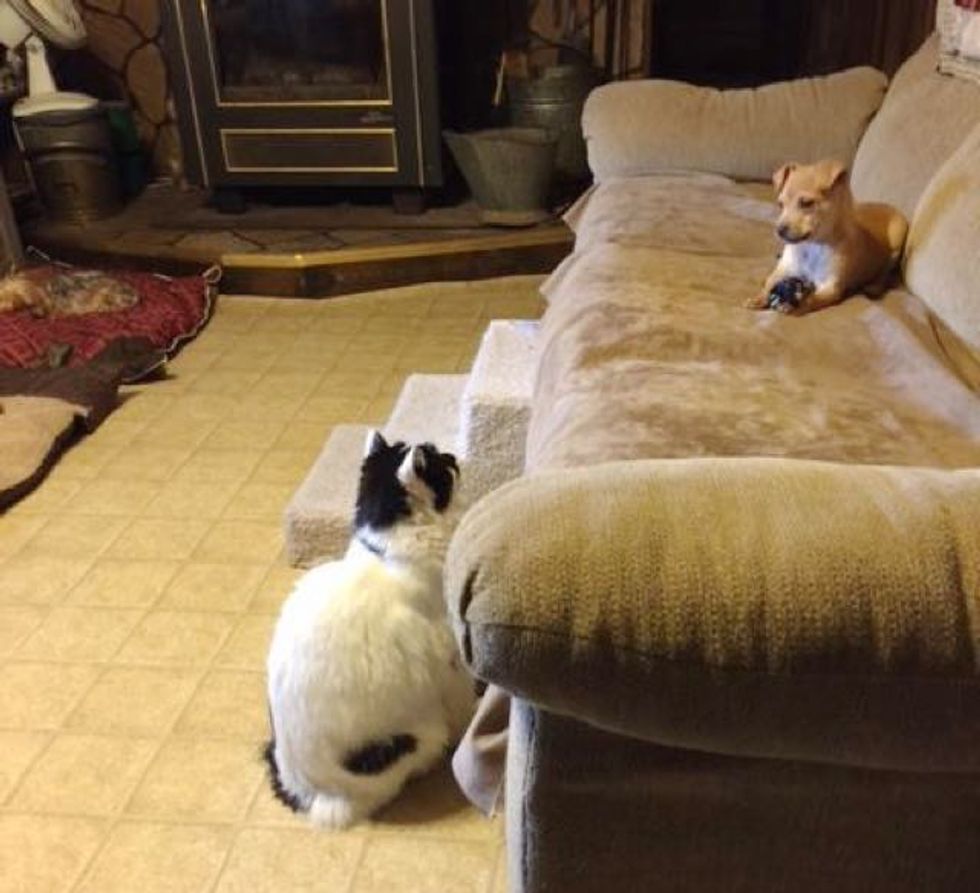 They love to run up on the couch and play. Stripe makes sure Star stays clean even when she's playing.

Watch them in this cute video:

"So now they play together and sleep curled up together. Stripe is a big mother hen," Martz said. 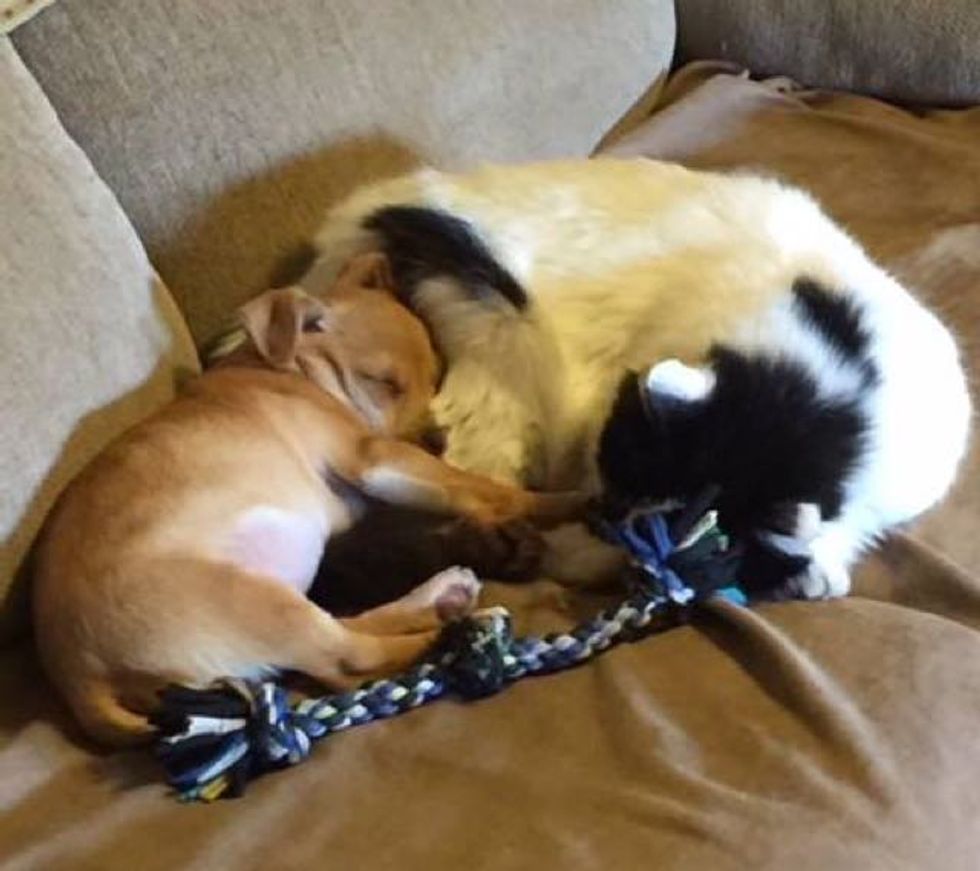 Star is one of the 300-400 animals Claiborne Animal Shelter takes in per month. You can help with their rescue effort here.