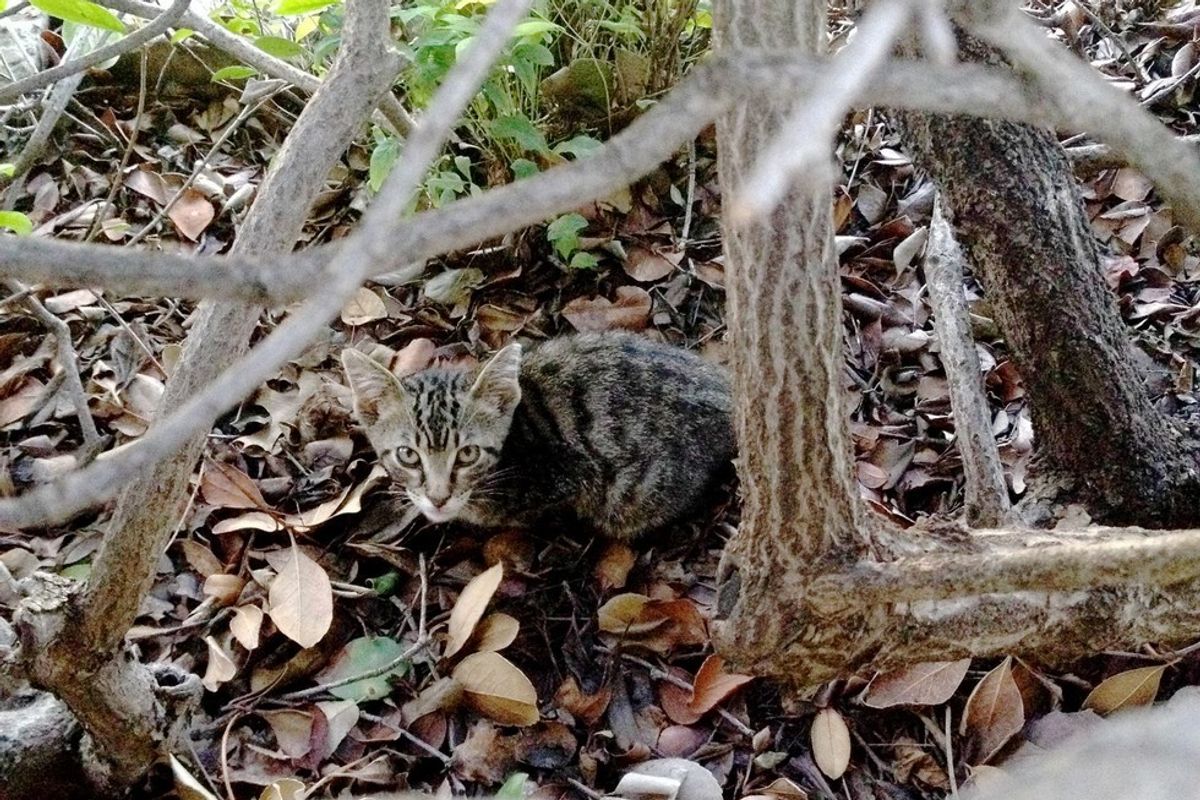 Man Helps Feral Kitten Feel Love and Trust, and Turns His Life Around

A tiny feral kitten showed up at an office, meowing aloud, but he was too frightened to let anyone approach him. A kind-hearted man who works in the office, decided to spend time with the kitten each day until he could win over his heart. 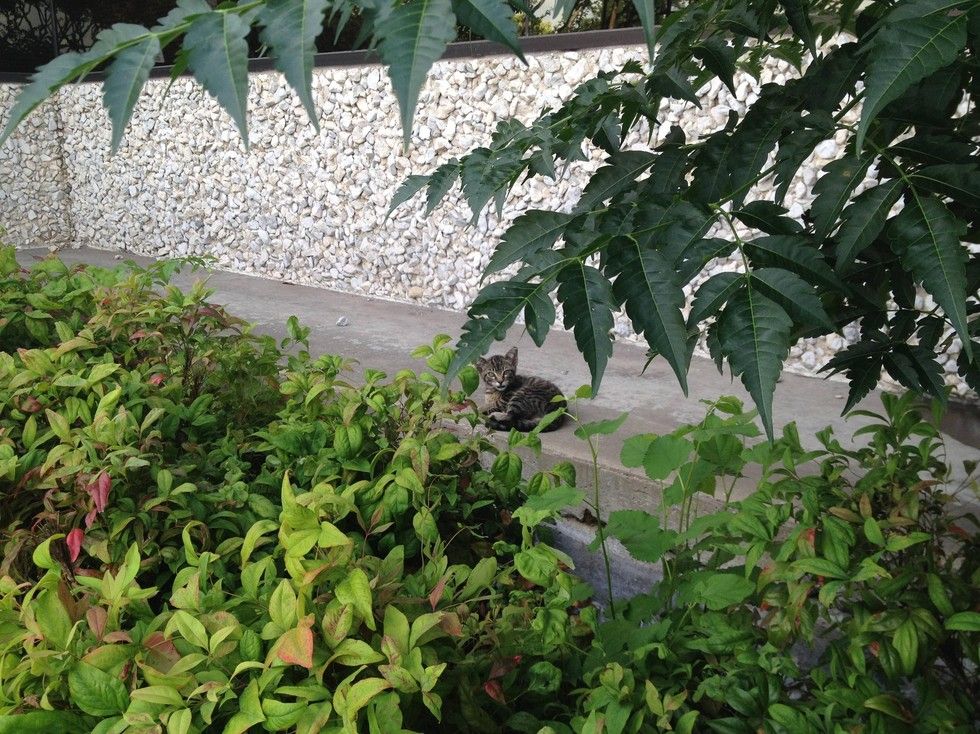 Two weeks ago a tiny, scared, tabby kitten came to the door of an office, lost and alone. "He would meow a lot, but he was very scared and wouldn't let anybody near him," reddit user coinpile said.

"I wanted to help him, but taking him home wasn't an option. Instead, I ended up spending a lot of time on our office's front porch after hours. I would feed him, talk to him, and just sit with him all while getting eaten alive by mosquitoes."

During the first couple days, the kitten kept his distance and wouldn't eat until his food provider was far enough. 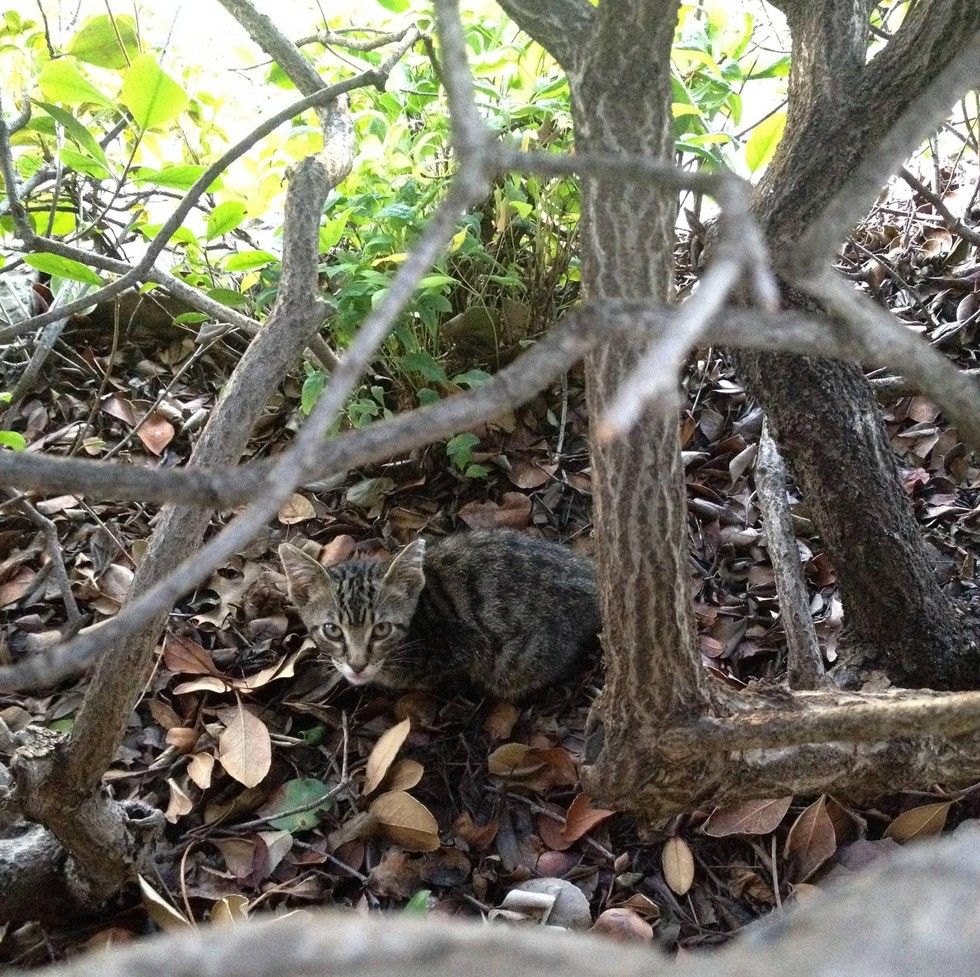 But somehow the feeding, talking and time spent with the kitten worked wonders.

"It definitely took some effort, but this little guy made amazingly fast progress.

"After just a few days, he would sit next to me and nap. I got the sense that he was conflicted. He was afraid, but also desperately wanted to be with somebody." 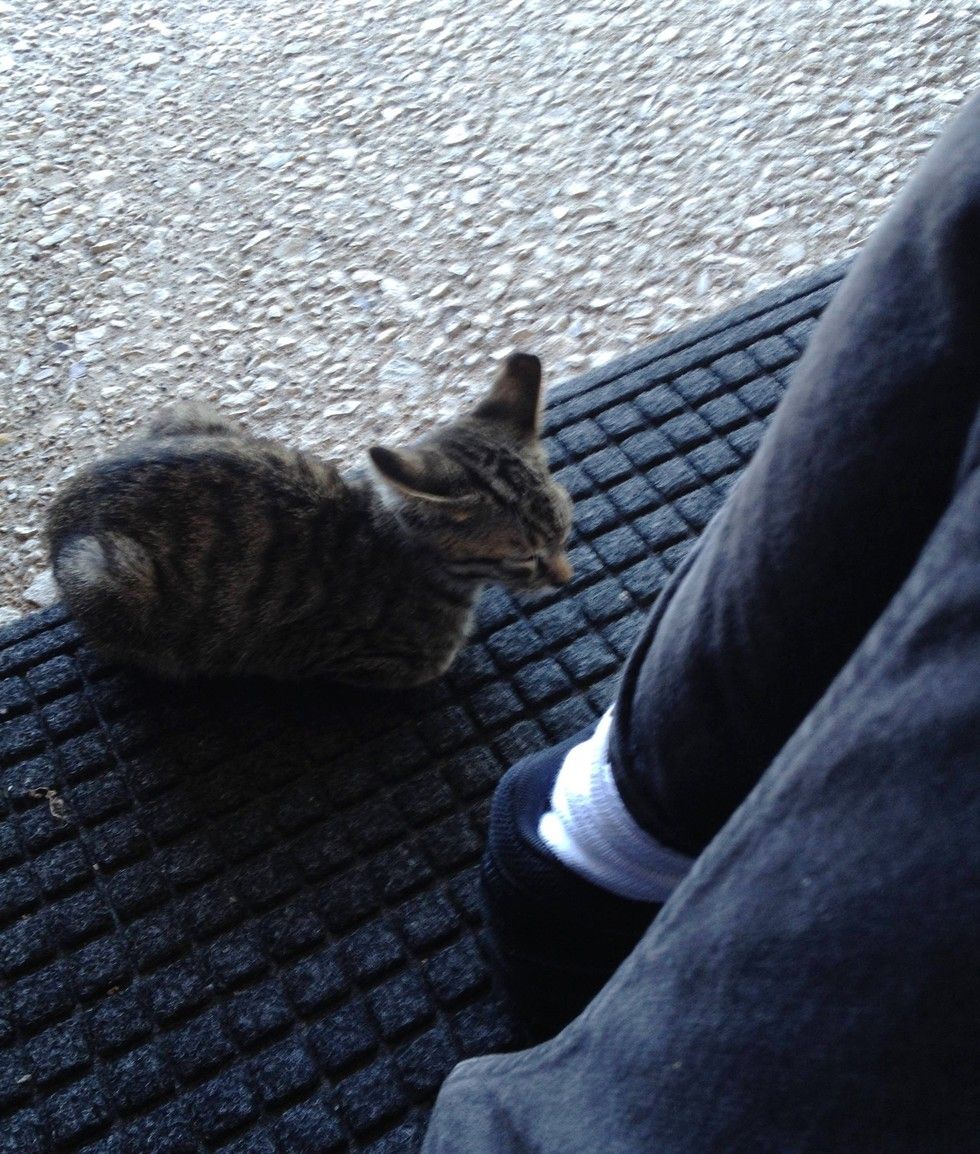 This is the moment kitten started to warm up to his human friend.

"He quickly became bold enough to come right up to me when he knew I had food!" 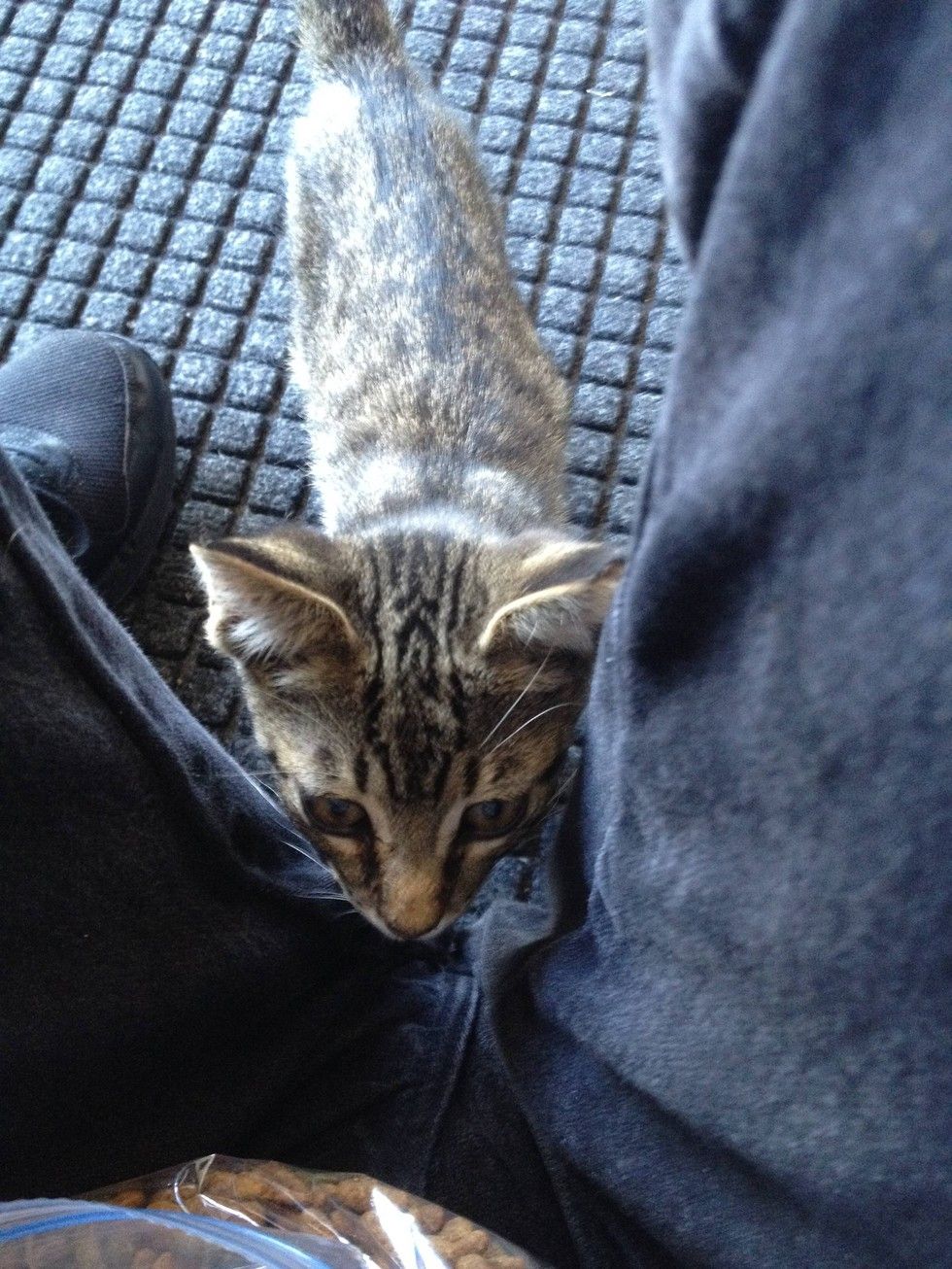 He built a makeshift shelter with a box and a blanket and made sure the kitten had food and clean water every day.

"By day five, he finally let me gently pet him while he was eating. He had bonded to me pretty well, but not so much to anyone else, like the camera guy here.

"Unfortunately, he also started to really come down with a respiratory illness." 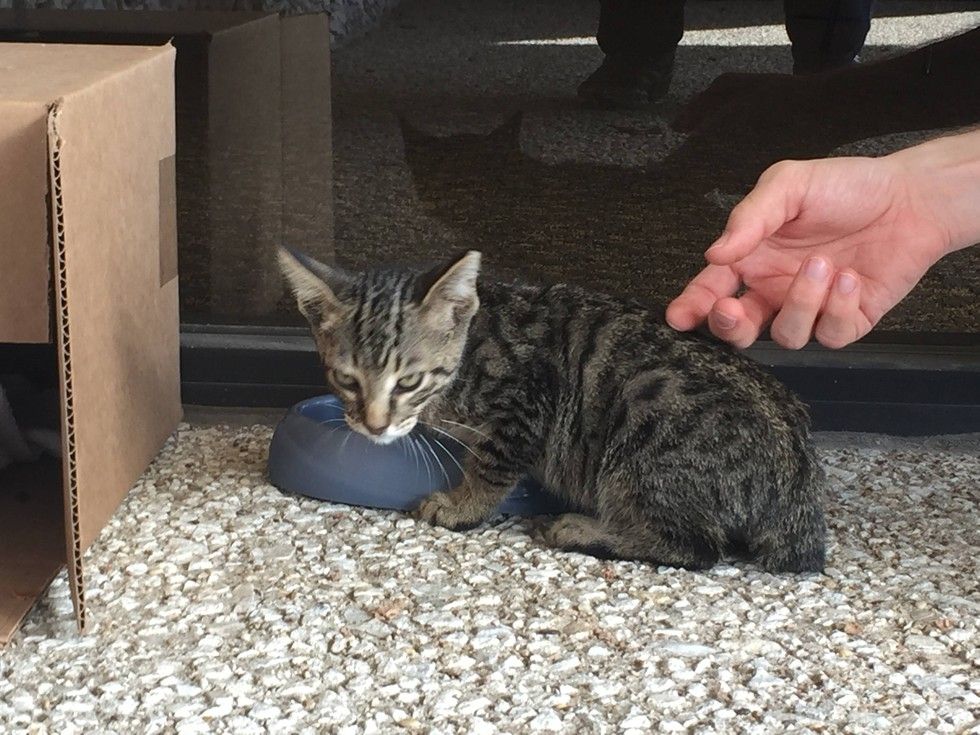 "That night, we had a fantastic moment.

"He finally let me pet him as much as I wanted, climbed into my lap, settled in and just purred, staring up at me." 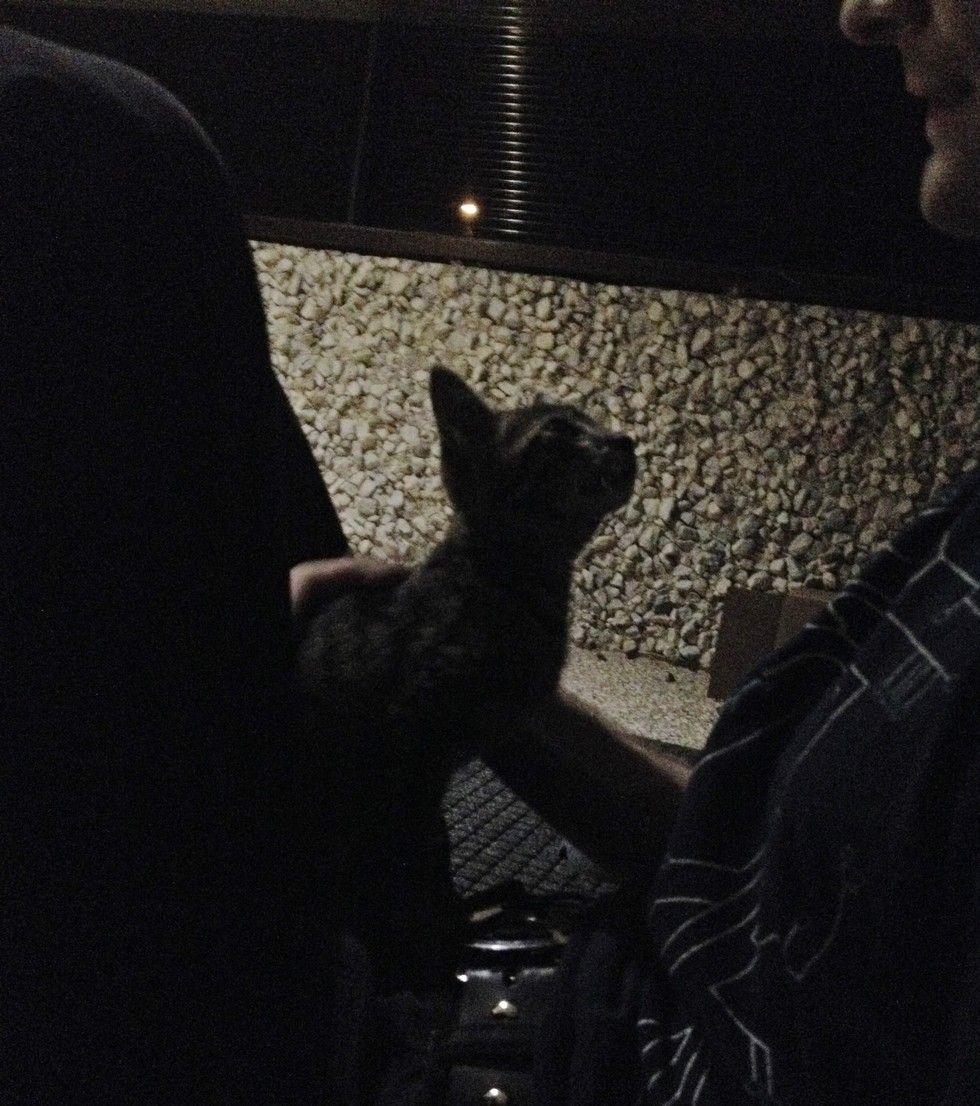 "By the sixth day, he was getting snot bubbles, eye discharge and having coughing fits. My sister works at an animal clinic and we had made plans to take him in soon.

"I just kept trying to socialize him.... When I came to feed him dinner, a few people were in the lobby with the door open for him. He had come in and was going from person to person, getting all the attention he could." 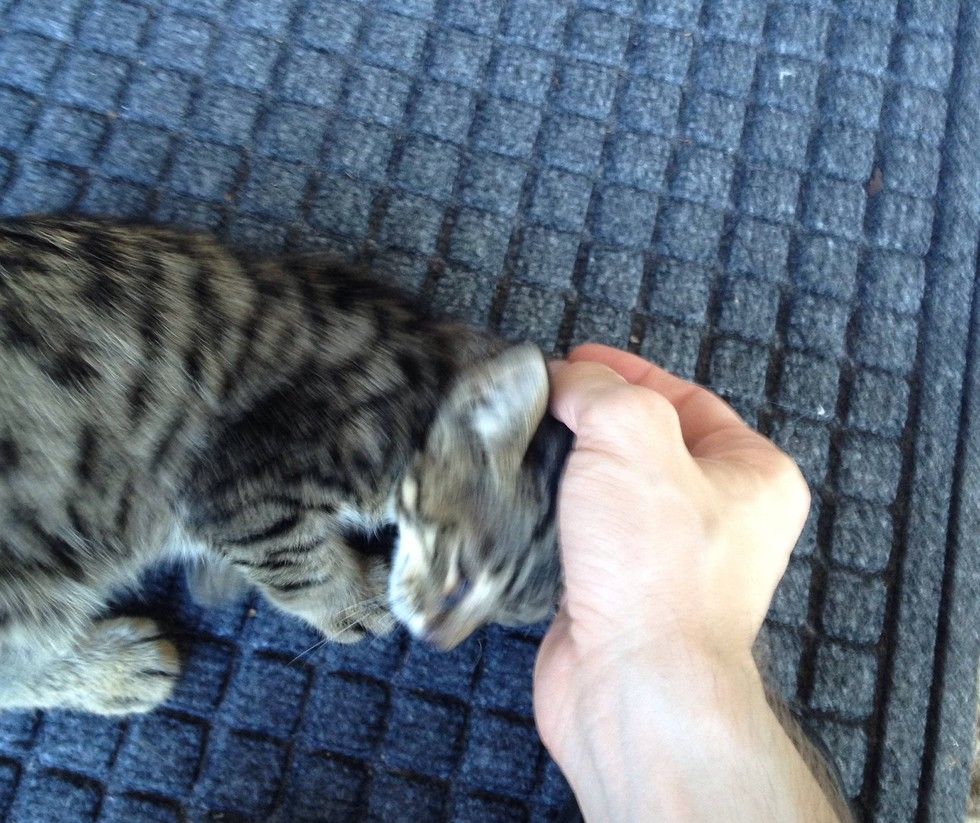 "He walked into the kennel, meowed as I was carrying him to the car but quickly settled in and just watched the scenery pass by.

"My sister gave him nose drops, tested his blood for feline AIDS and leukemia (both negative), and gave him antibiotics. He was already neutered when I found him as part of the Trap, Neuter, Release program." 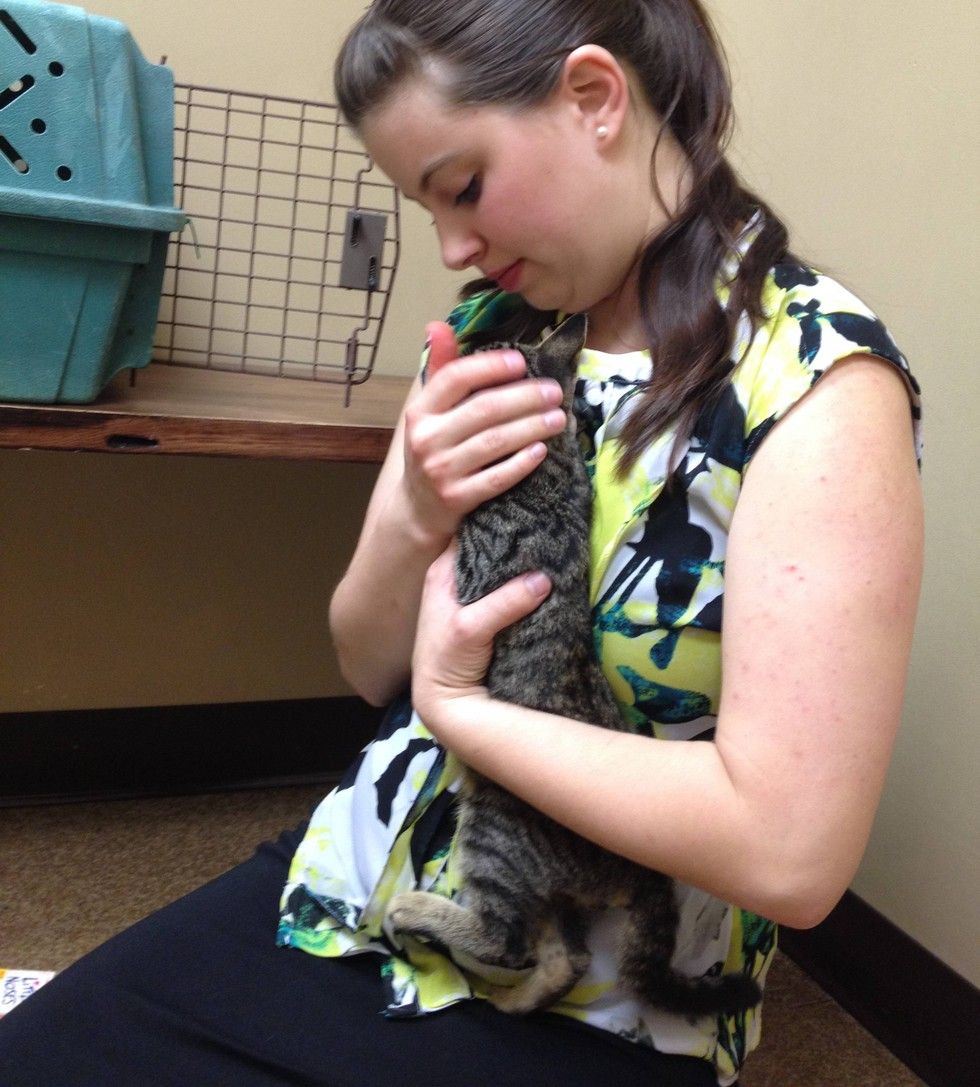 The kitten stayed at the vet clinic to recuperate.

"My sister keeps telling me how amazed she is at how quickly he socialized... He's so friendly and docile that he gave them no trouble, not even when taking blood.

"All the clinic staff love him, and he loves all the attention." 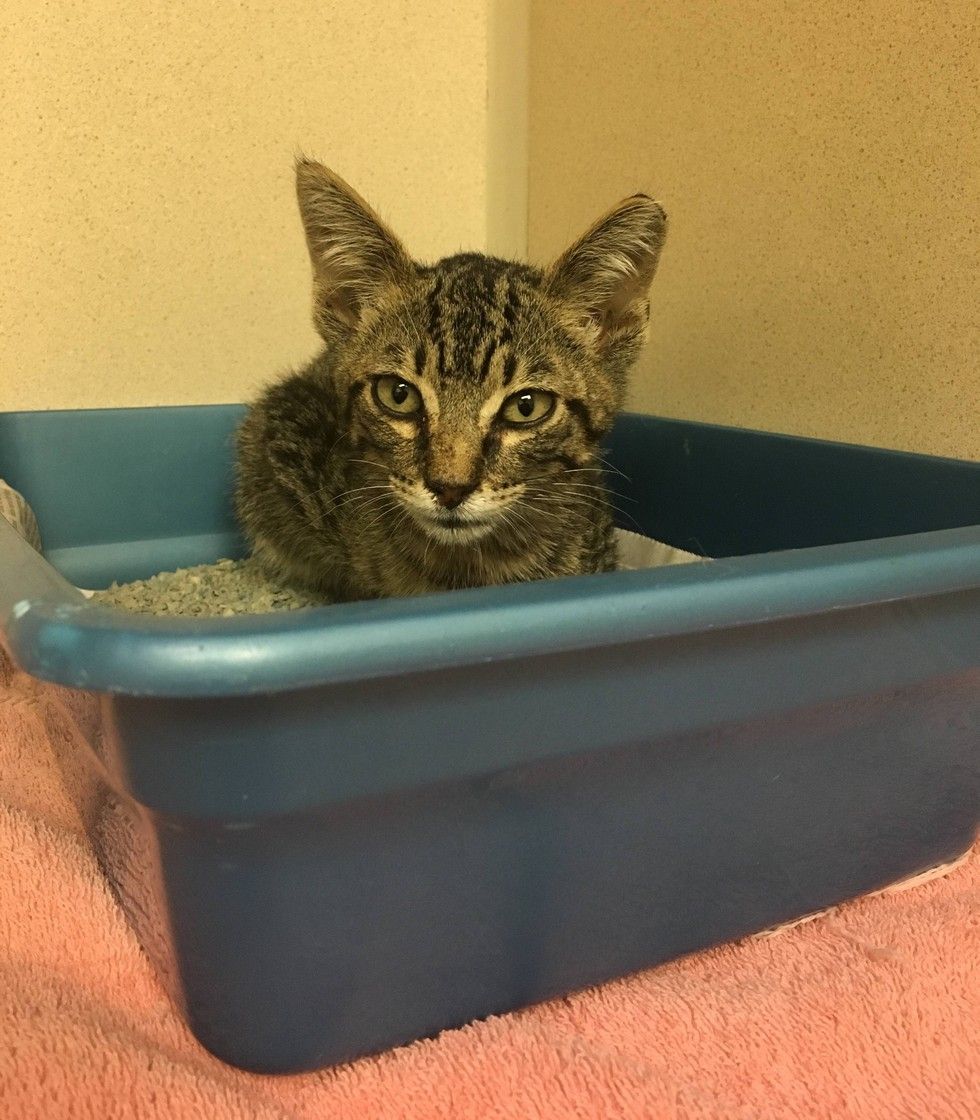 The kitten, now named Indi, was adopted three days ago!

"After antibiotics, treatment for intestinal parasites and his first round of vaccinations, he's gone to his new home. Hopefully he and 8 month old Loki (the cat) will wind up best buds.

"There was no way I could just ignore him... that cat meowed at the right door that day." 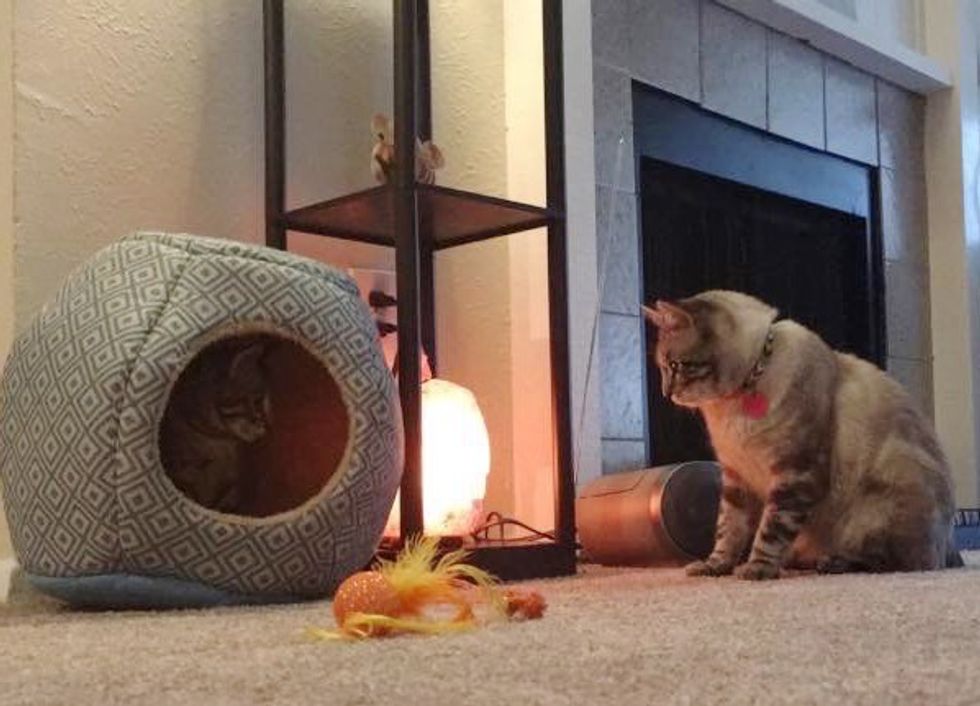 Just in from the rescuer:

Indi and Loki are getting along very well! 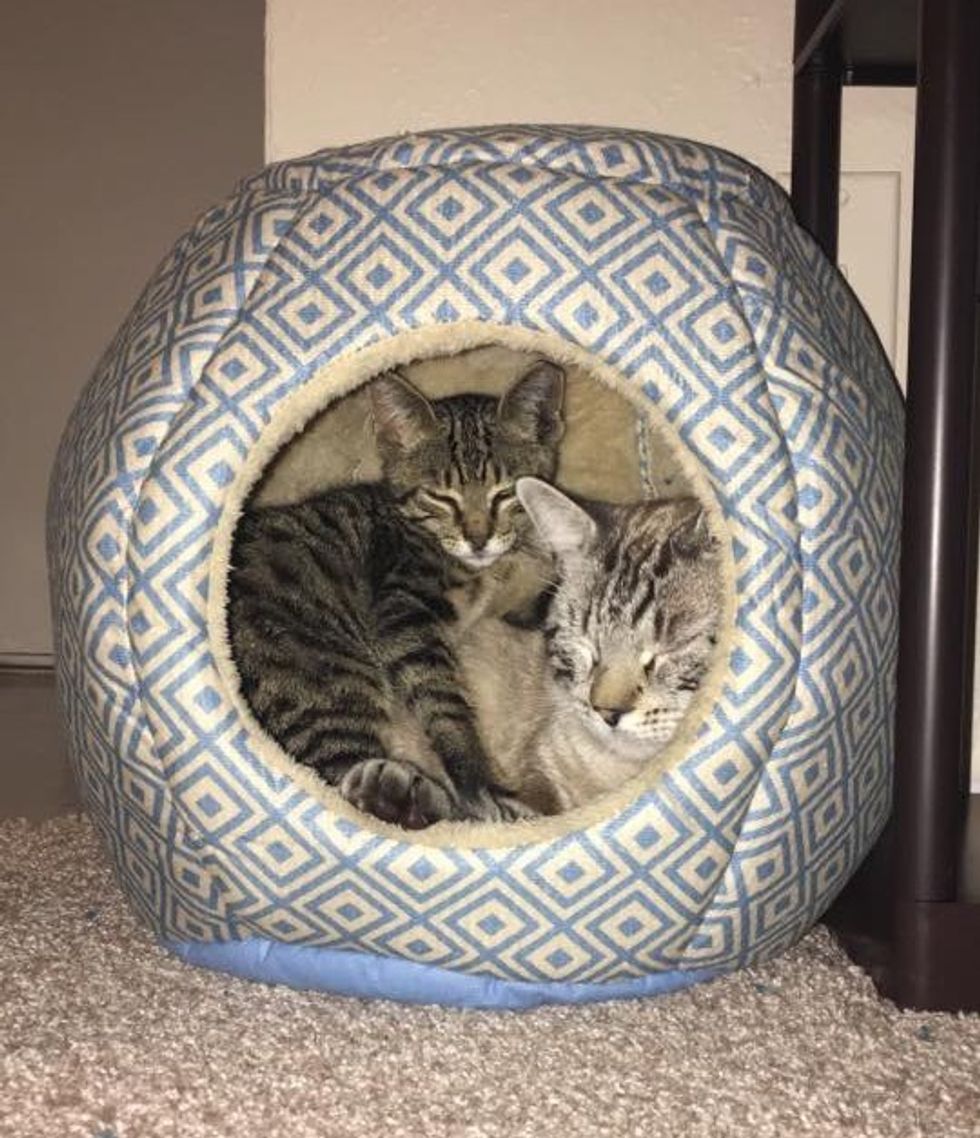