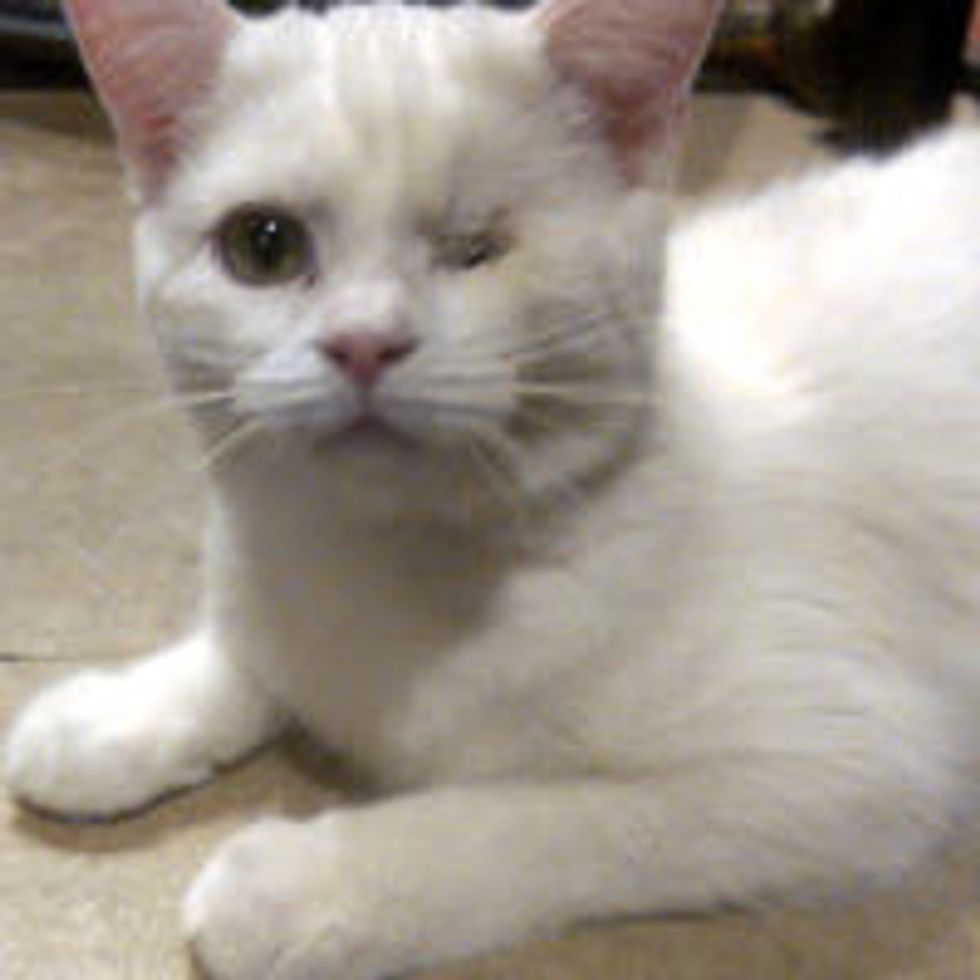 This one eyed pirate cat had been returned to the shelter twice and couldn't find anyone to adopt him until he put his paw out of the cage to a man one day. This is his story.

He had been at the shelter going on 4 months and in that time many people said they would adopt him but no one ever followed through completely. He had been returned twice when owners found cleaning his eye socket to be too gross… so the adoption place put him out one last time before making him the official mascot of the shelter.

I saw him on a trip to get cat litter for my other kitties. I didn't even see his missing eye at first. Just an affectionate boy sticking his paw out of the cage. Asked to see him and the staff were somewhat hesitant but obliged. They informed me how no one seemed to want him and how he was returned. I told them I only had adopted rescues at home and didn't care about the missing eye or having to clean it. They kinda acted like, "yea right, heard that before."

Visited him four times in a week and on the 15th, my girlfriend and I decided he was meant to be ours. And now he's my little pirate kitty.

He's a tough little guy. Had an access behind the eye and it had to be removed. Spent most of his tiny kitten days with his head wrapped to protect the eye socket and let it heal. He spent two hours playing with a laser pointer last night. He runs kinda derpy because he has bad depth perception but he's a sweet little guy, who loves belly rubs and will pull your hand back if you try to stop.