A young man chased down the street to save a tiny crying kitten so he could give him a loving home. 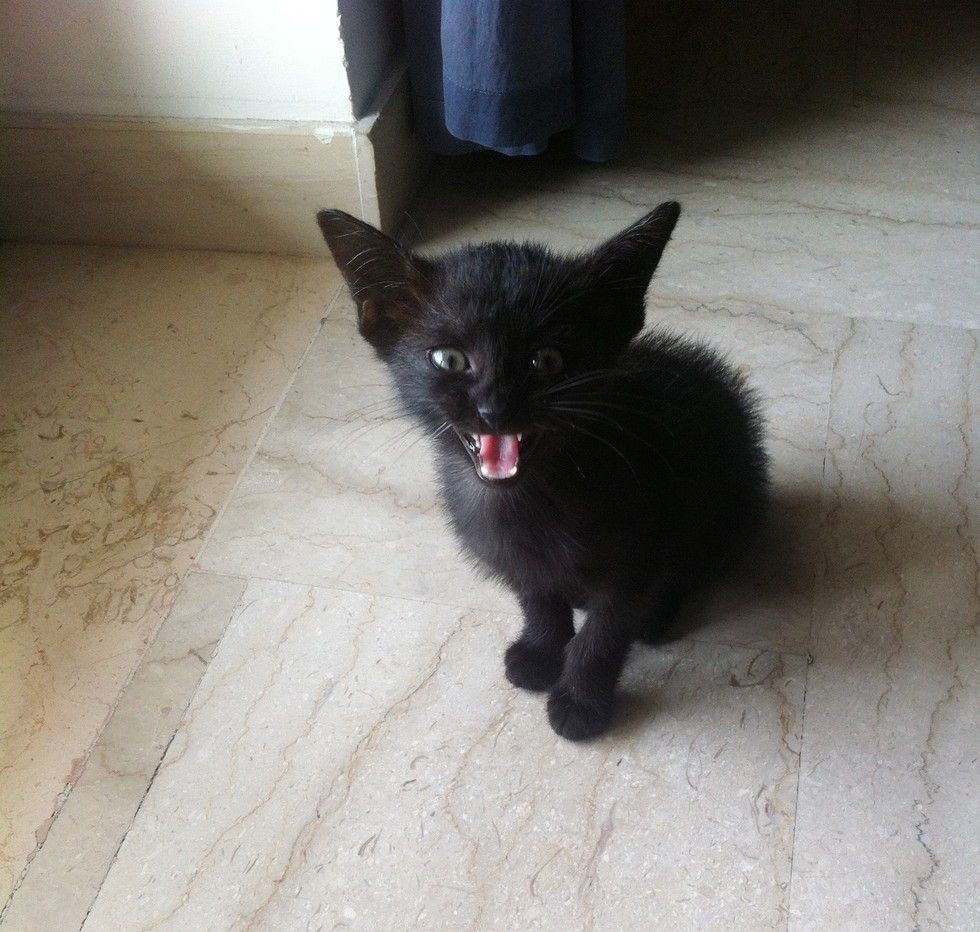 On a Sunday in October 2015, Francesco heard a cat's cry coming from the outside. Upon investigation, he spotted a tiny black kitten running and crying on the street completely alone.

"The sun had gone down, and it was very difficult to find and catch this little kitten hidden in the parked cars," Francesco told Love Meow.

He didn't want to give up and just kept trying to find the kitten. When he finally caught the tiny ball of fur, he discovered that the little stray was covered in filth, and his tiny heart was beating out of his chest.

Francesco tried to calm the kitten and took him home that night. 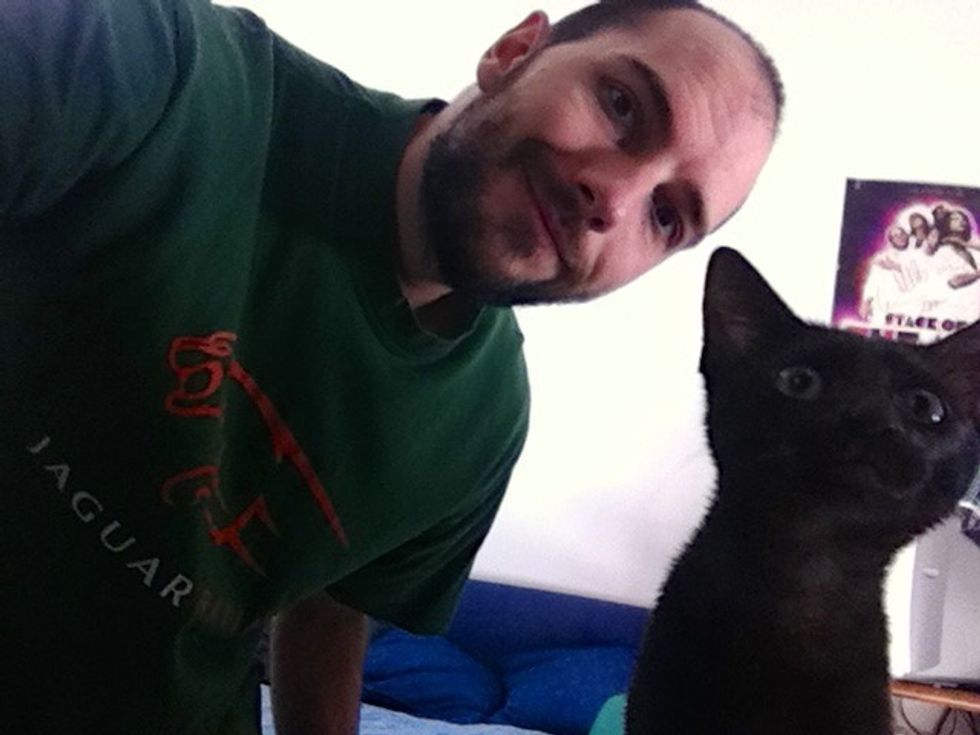 As soon as the kitty arrived in his new home, he started meowing again on top of his lungs and was looking around, perhaps, for his mother. "Unfortunately no other cats were with Nemo when I was there," Francesco told Love Meow.

He scooped up the kitten and placed him on his shoulder, it was then Nemo finally calmed down and even started purring. A few snuggles gave him the comfort that a cat mother would.

Nemo hasn't left his side since. 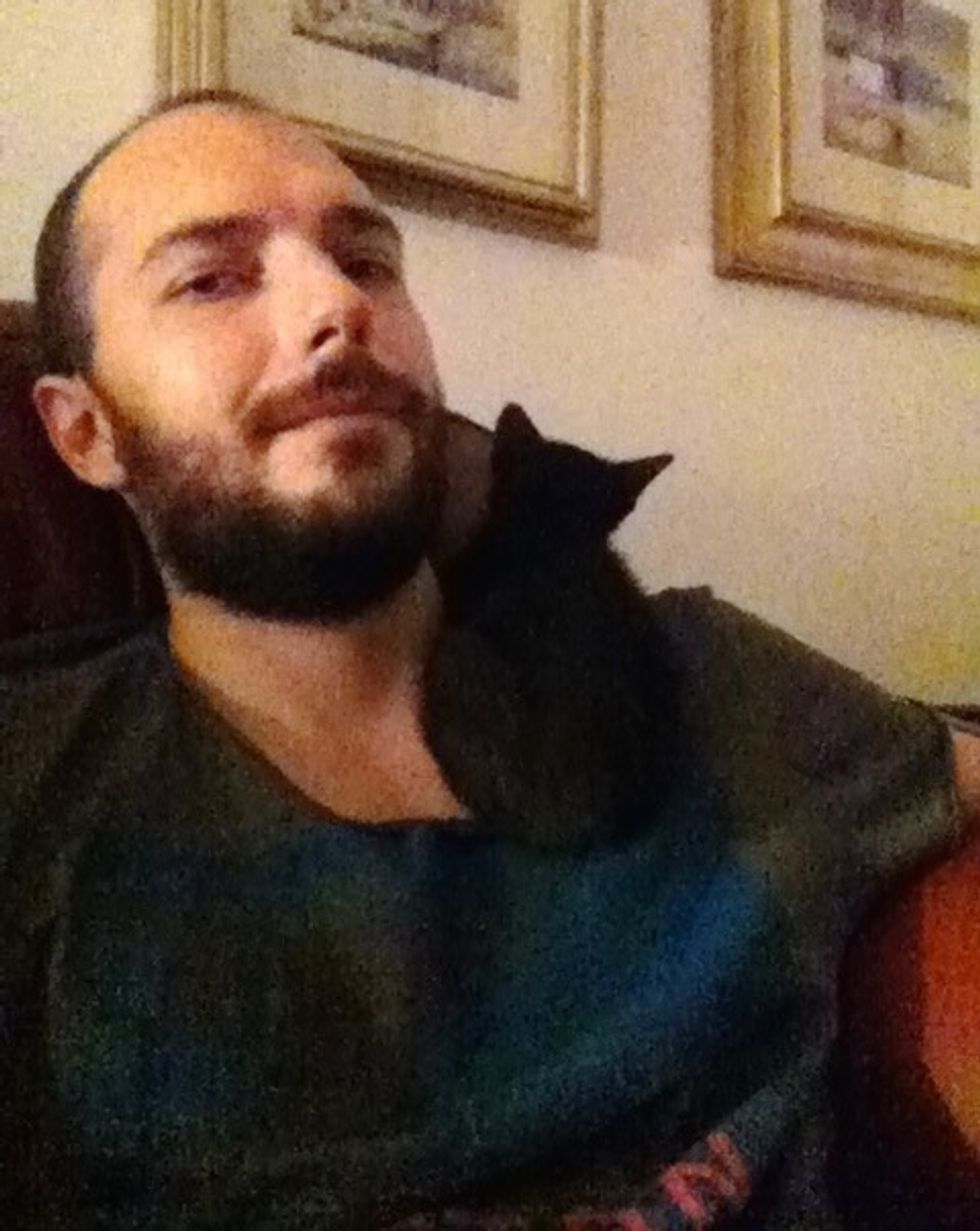 Nemorino was named after the main character in L'Elisir d'Amore, an opera by Gaetano Donizetti.

This affectionate kitty clings to his human and follows him around the house like a magnet.

As soon as Francesco sits down, Nemo hops on his lap for a quick cat nap. 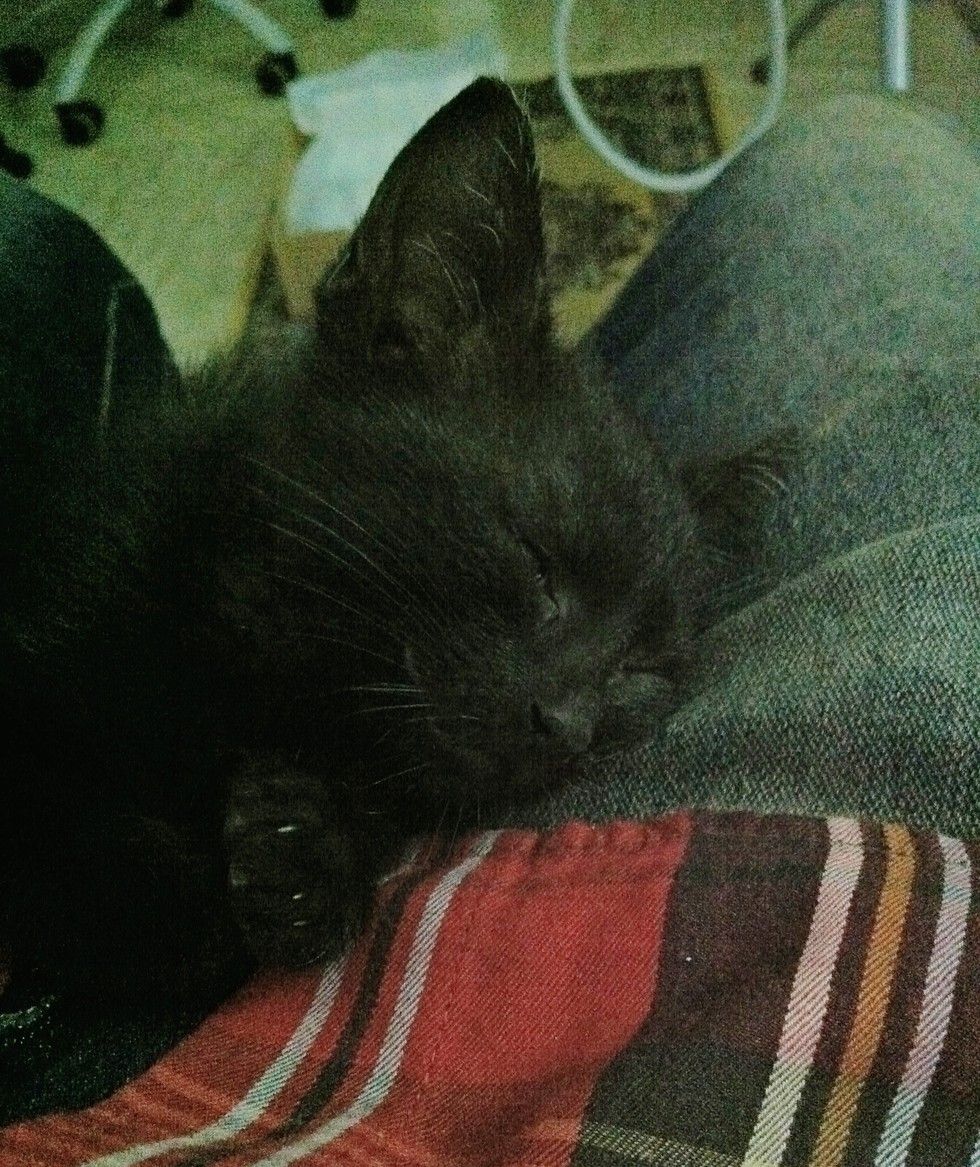 "Many months have passed since I took Nemorino with me, this cat is beautiful," Francesco told Love Meow.

Can I have your attention meow? 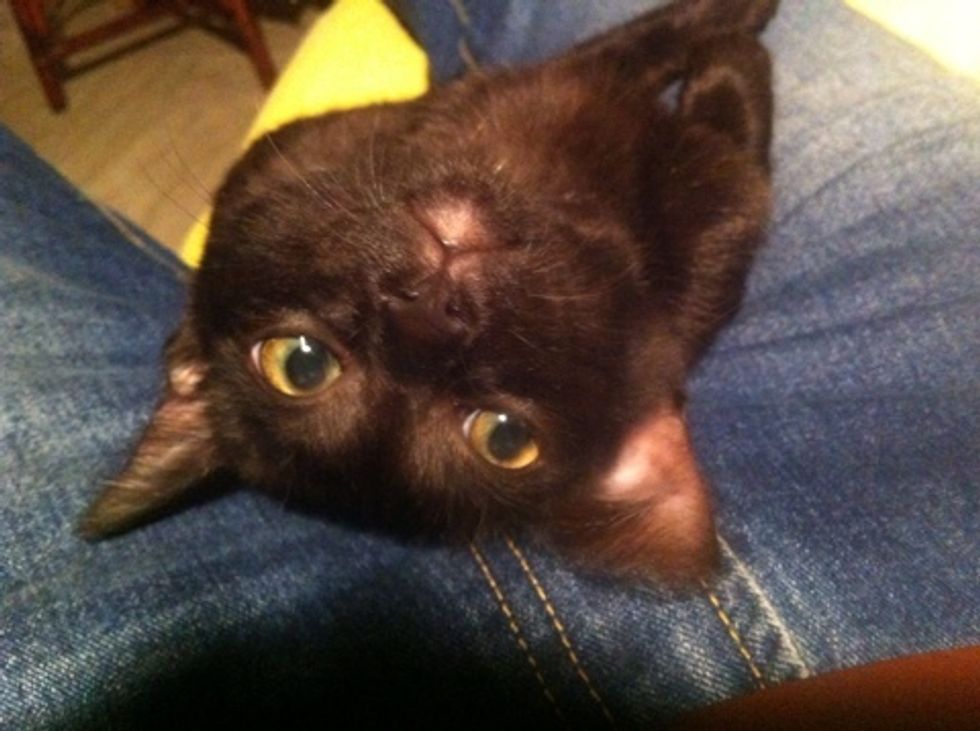 Before he met Nemo, Francesco had always wanted to have a dog, but the little black kitty converted him completely.

Nemo is a cat with a dog-like personality. He likes to retrieve things for his human and is excellent at playing fetch. 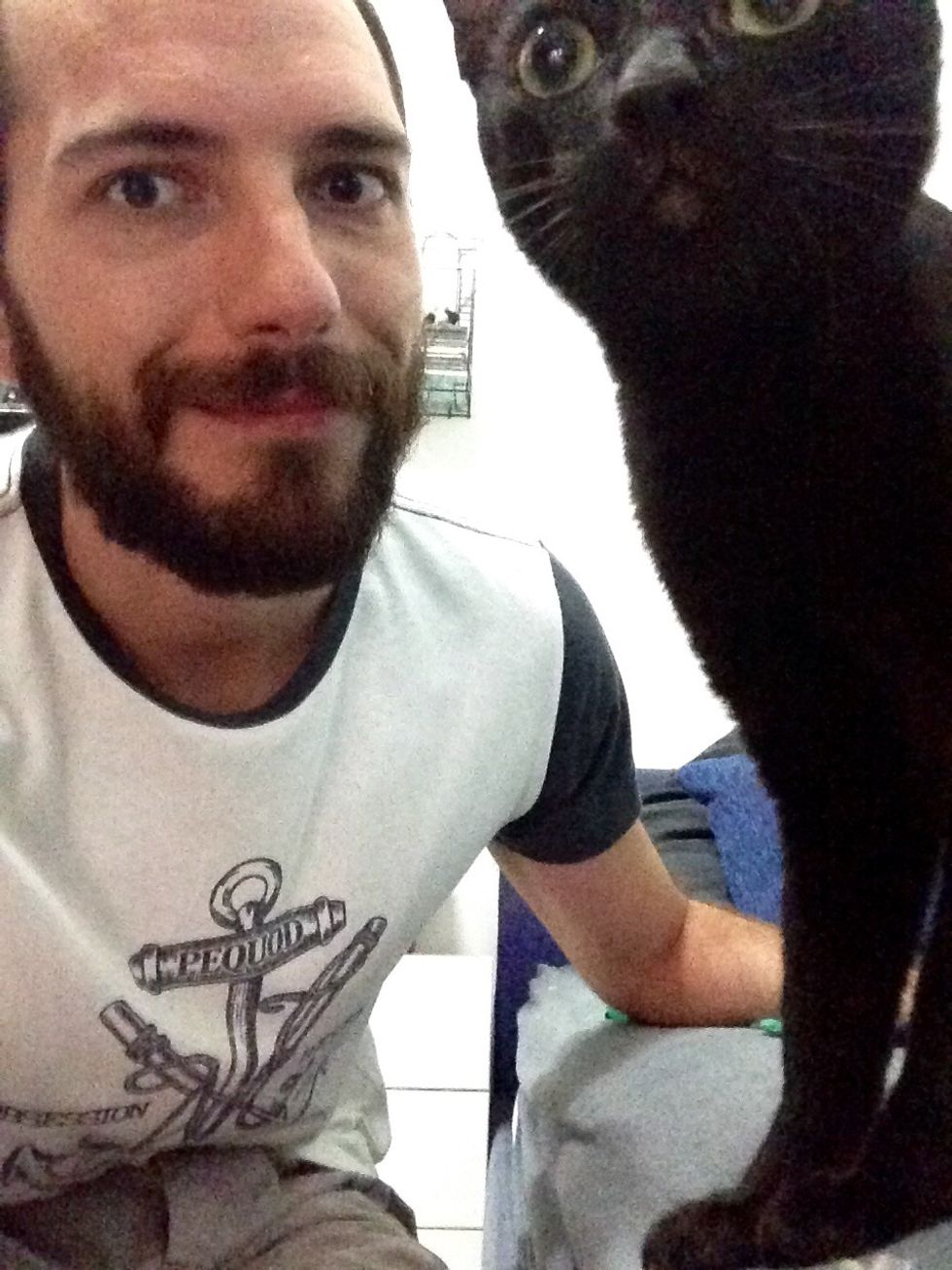 "This year in September Nemorino and I will turn 30 together, 29 me and 1 Nemo. I'm becoming old, but I don't care because now I have a trusted friend by my side," Francesco told Love Mewo.

"I want people to know that it is very important to adopt and not to buy and it's more important to never abandon your pets."

Because they are family. 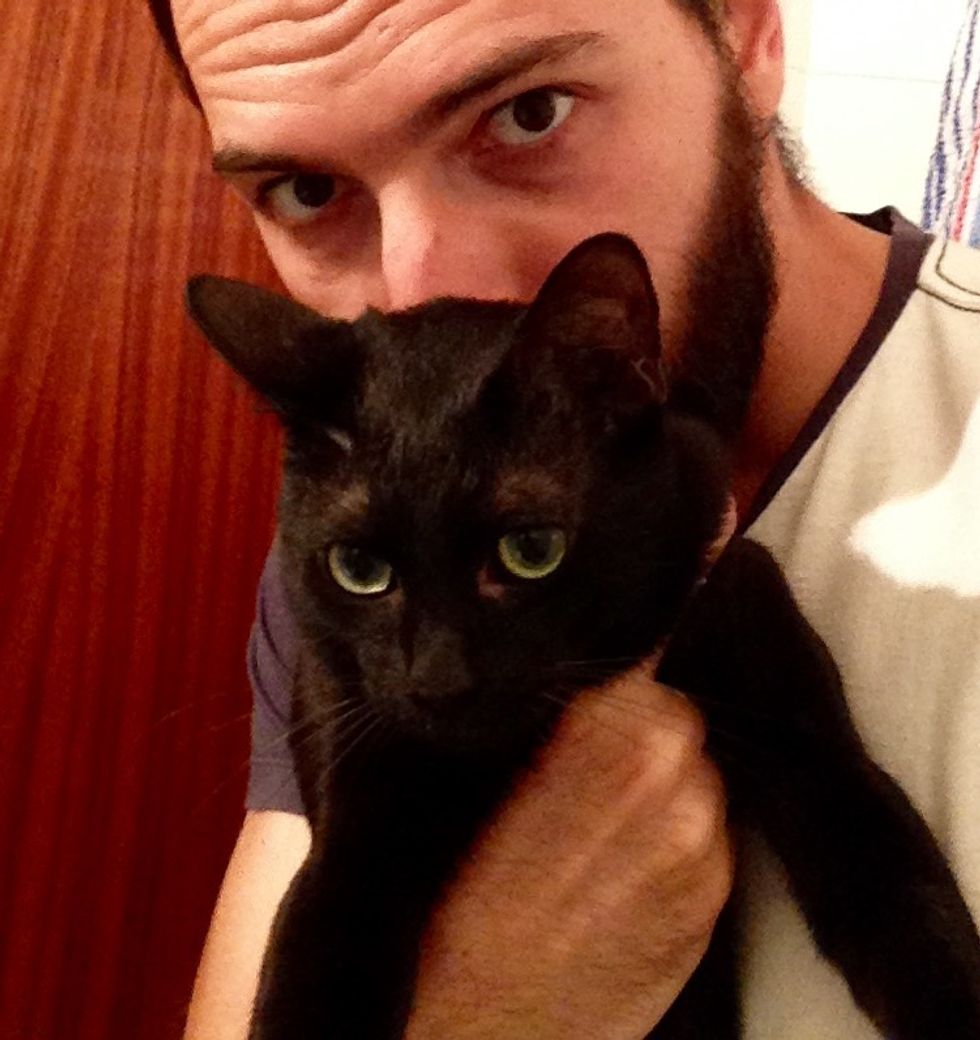 The kitty is very vocal and never shy of voicing his opinions.

Related story: Man Spotted Kitten in Trashcan Outside His Work and Knew He Had to Help