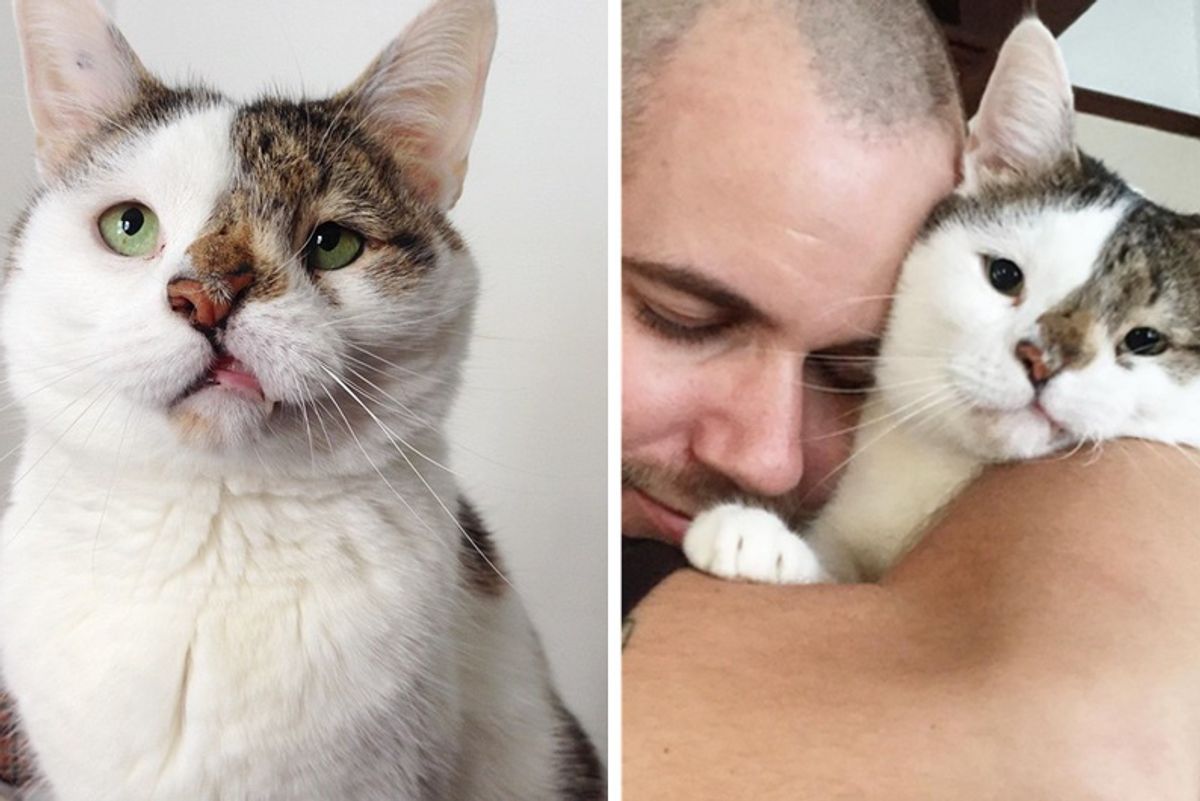 A special cat crept his way into a man's heart five years ago when they first met. The kitty had an owner at the time... but as we know we don't choose cats. They choose us. 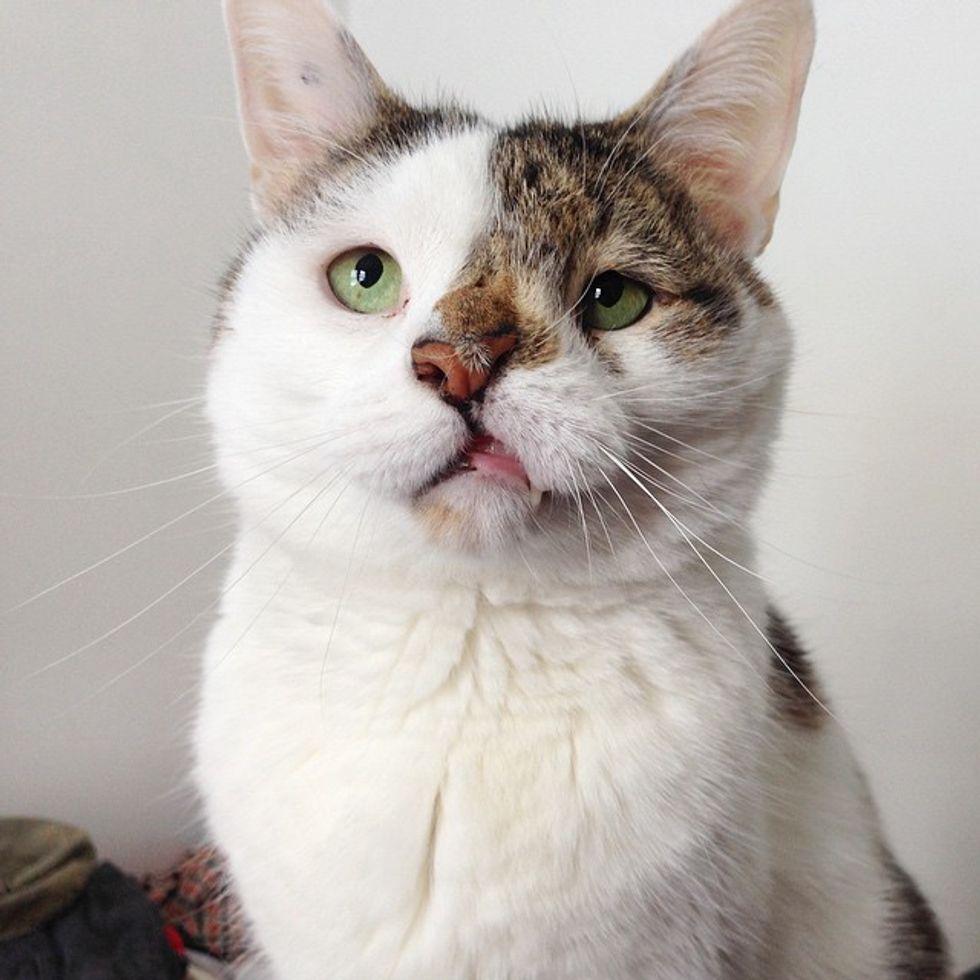 When Rick Laprade shared an apartment with his old roommate, he was introduced to a cat with a rather peculiar and charming face.

Mr. Bub has a cleft palate and asthma. He makes some adorable noises which only add to his cuteness. "A certain sound he makes sounds like 'bub' so the name sort of stuck," Rick told Love Meow. "He was a rescue cat who was given up by his family."

On the day they met, Mr. Bub gave Rick a proper feline meet-and-greet by rubbing against him. The two instantly bonded as if they had known each other all their lives.

"As soon as I saw him I was hooked. He became my best friend within days." 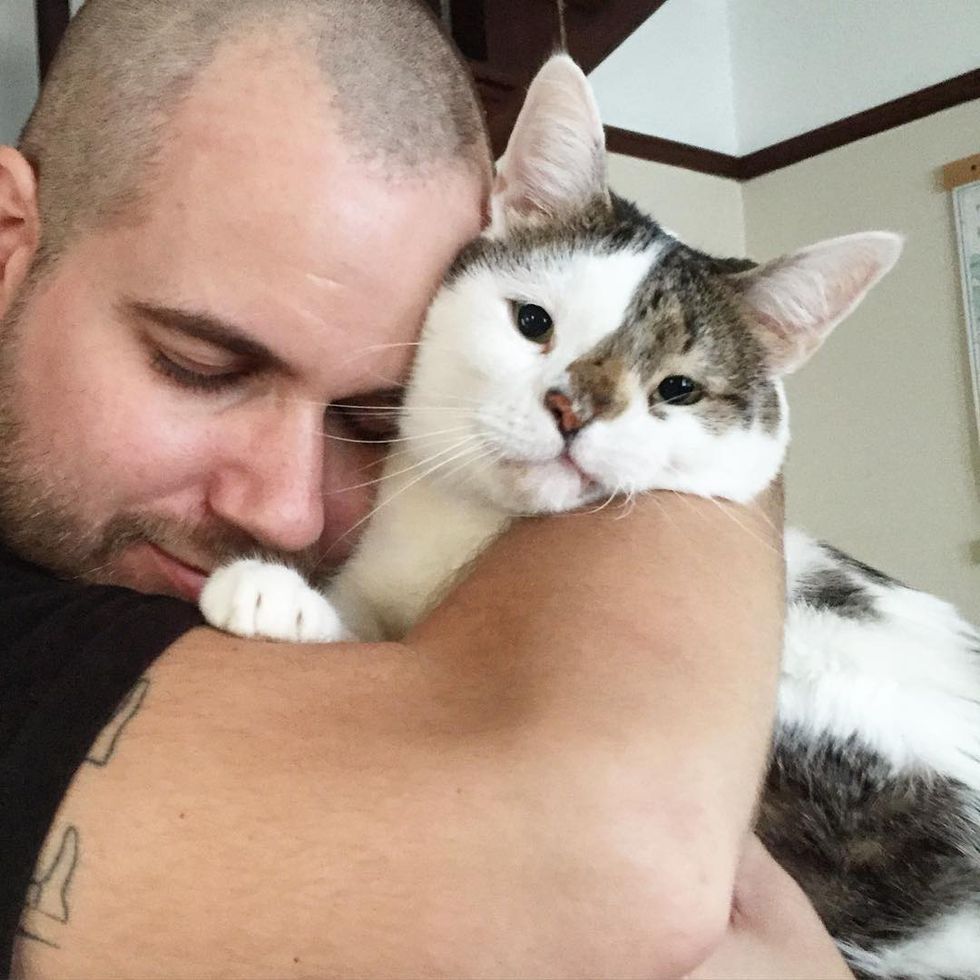 The kitty became very attached to Rick and would curl up in his lap and nap for hours. 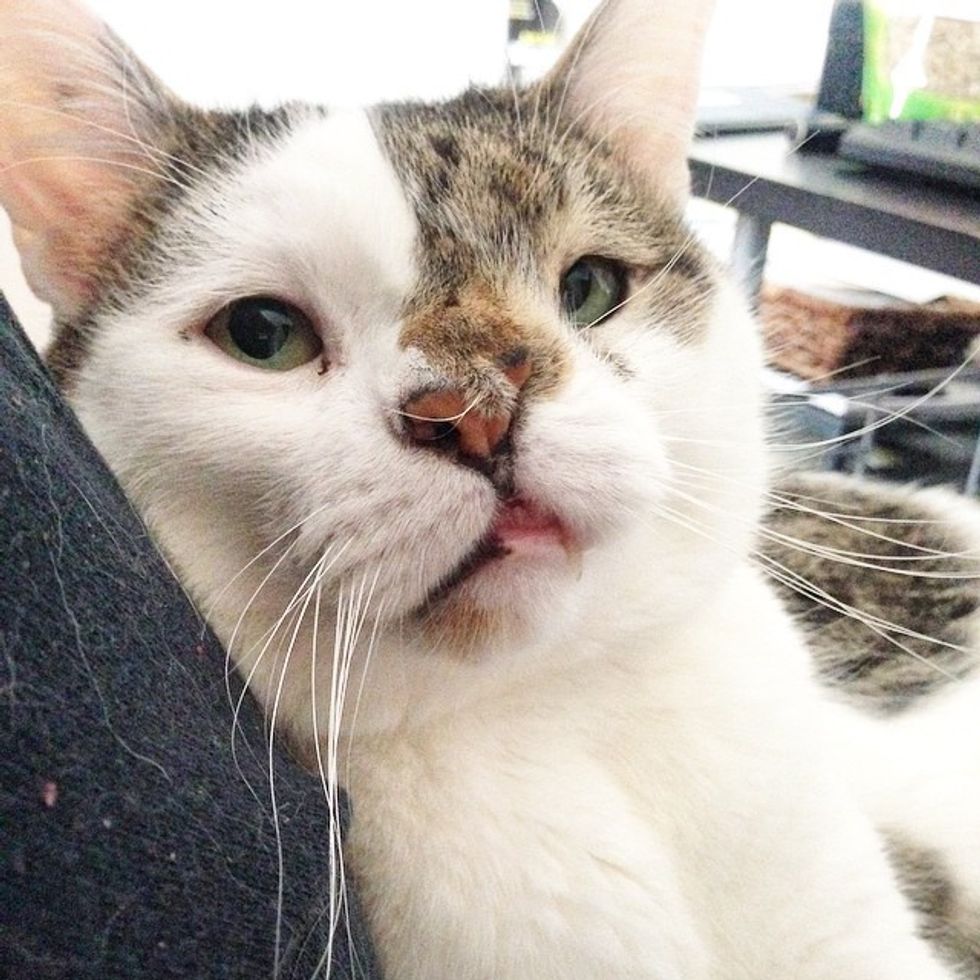 It was apparent that this kitty had claimed Rick as his human. The affection he had towards him was unlike anyone else.

Whenever Rick is by the computer, Mr. Bub comes over to offer some "help". 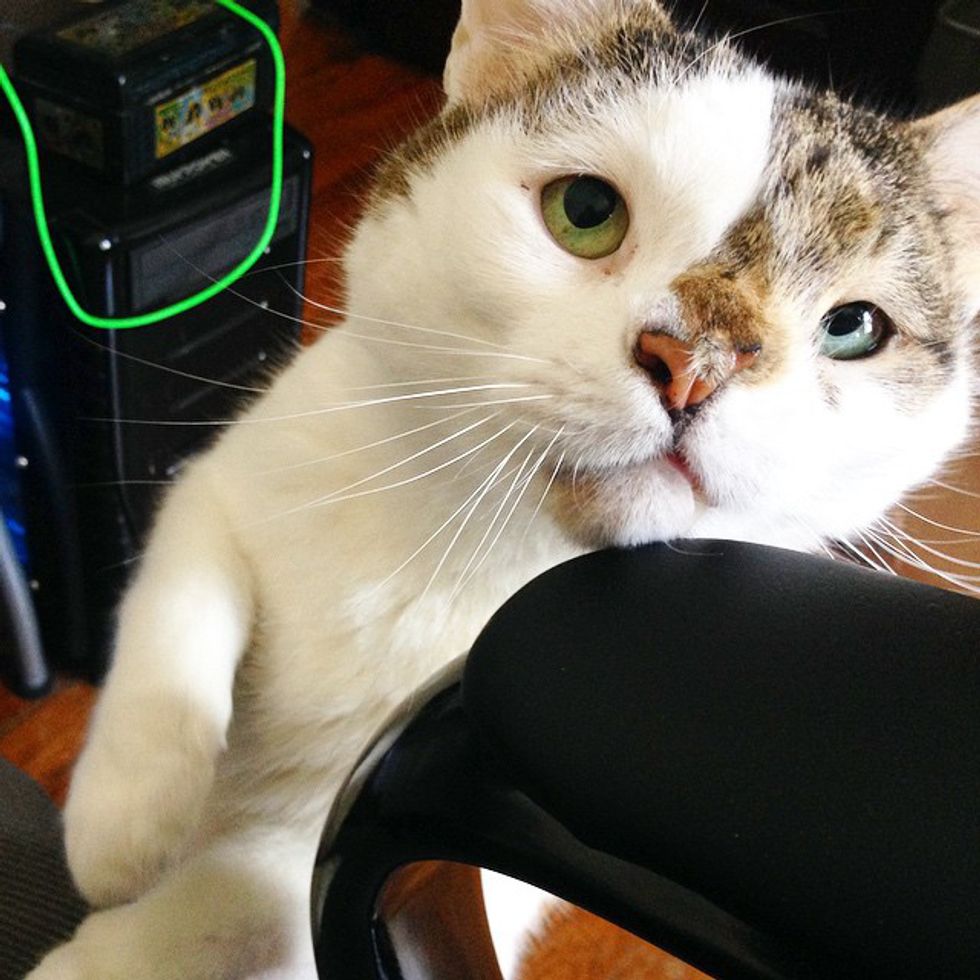 Two years after they found each other, Rick's roommate thought it was time to make it official.

He handed Mr. Bub to his truthful owner as he believed that Bub had made his choice. 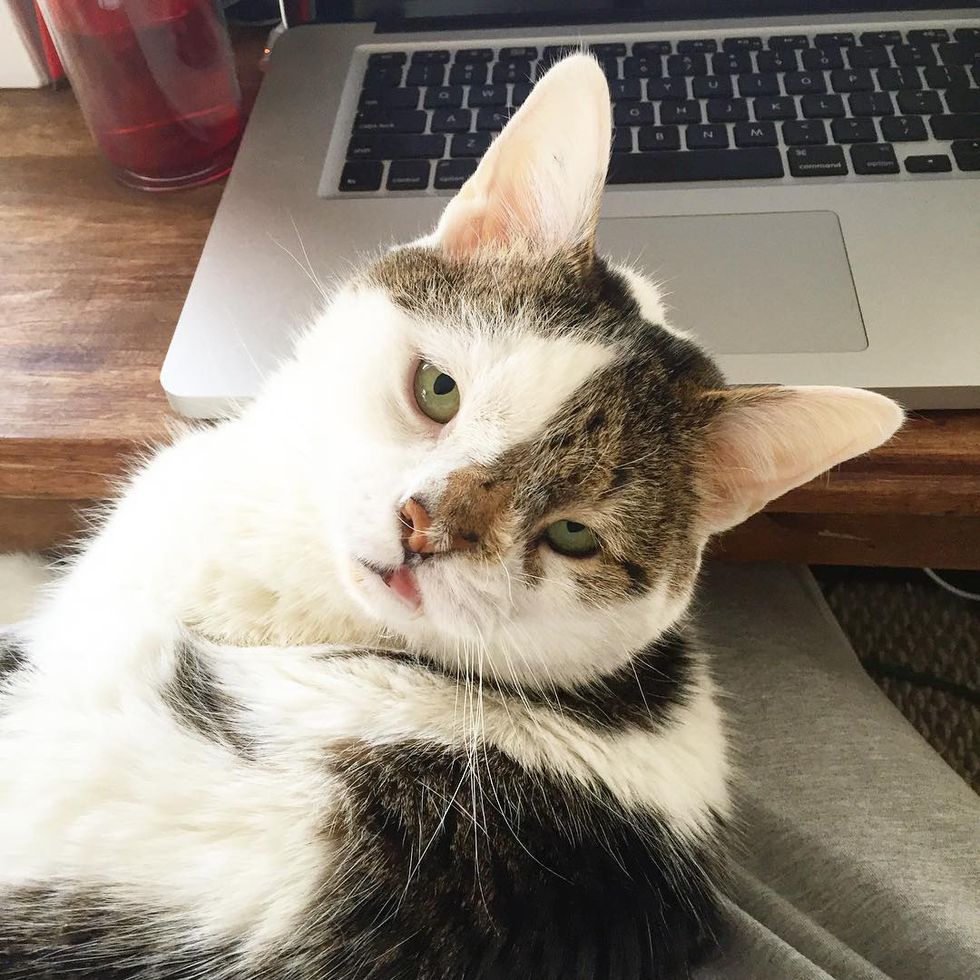 Mr. Bub has a way to get attention when his human is working.

It works every time! 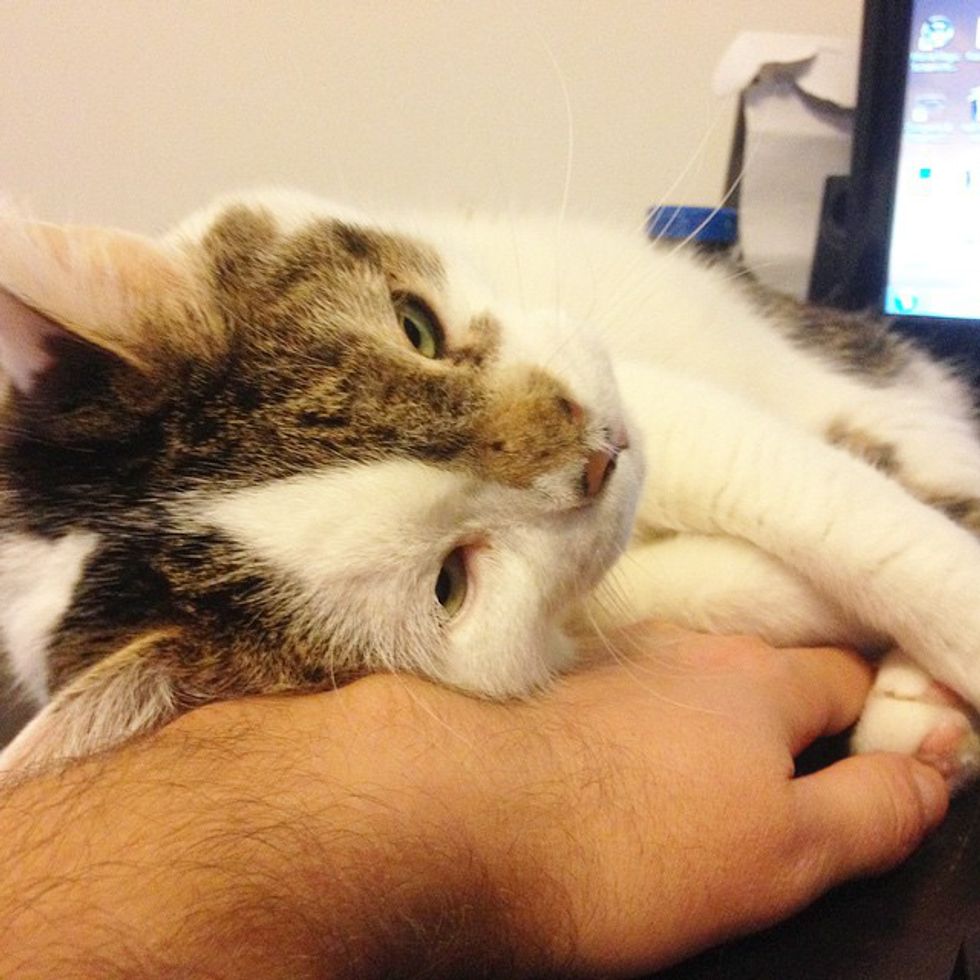 "I've given him numerous titles--Dr. Bubbington, Sir Fuzzworth the 6th, Bub Fuzzins--which he miraculously responds too. Sometimes we refer to him as a monkey, a bear, and a banana--because clearly--his mom Adri and I are crazy cat ladies.

"Also, we realize the paradox of being both a monkey and a banana--this had causes numerous disputes from friends who have overheard." 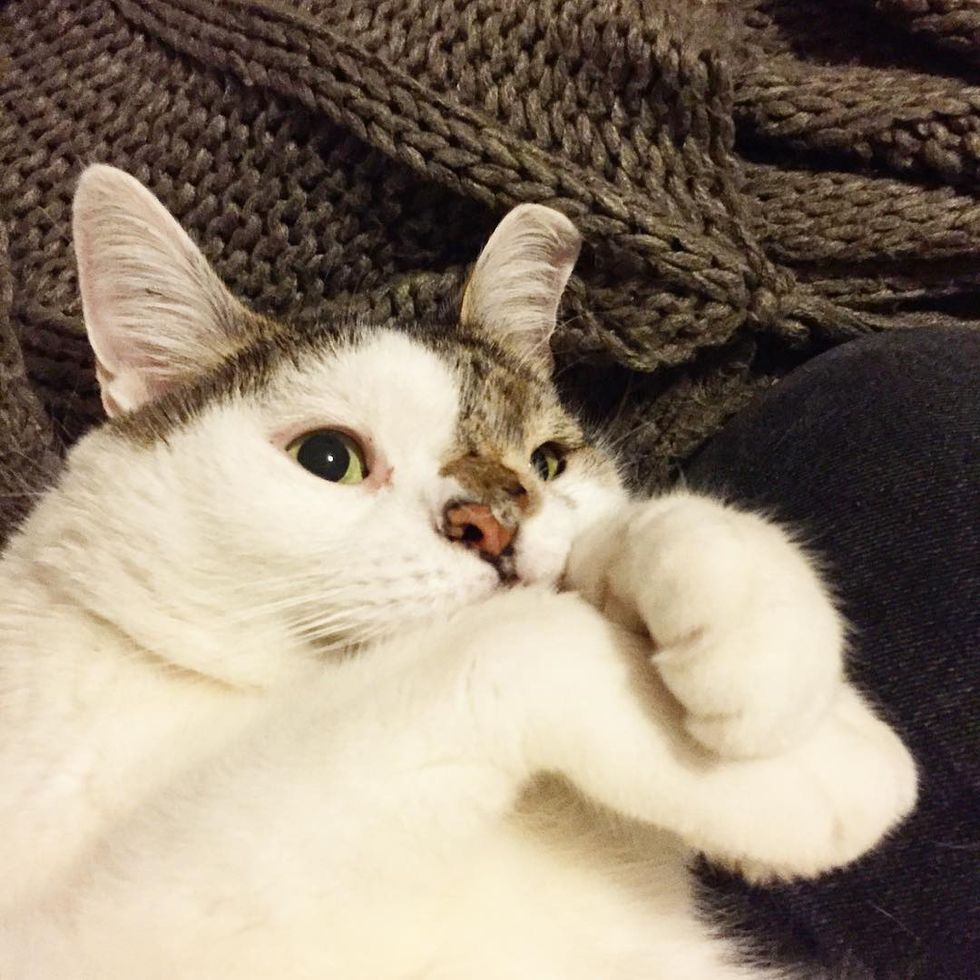 Mr. Bub has quite the cattitude and is not shy about telling his humans how he feels. 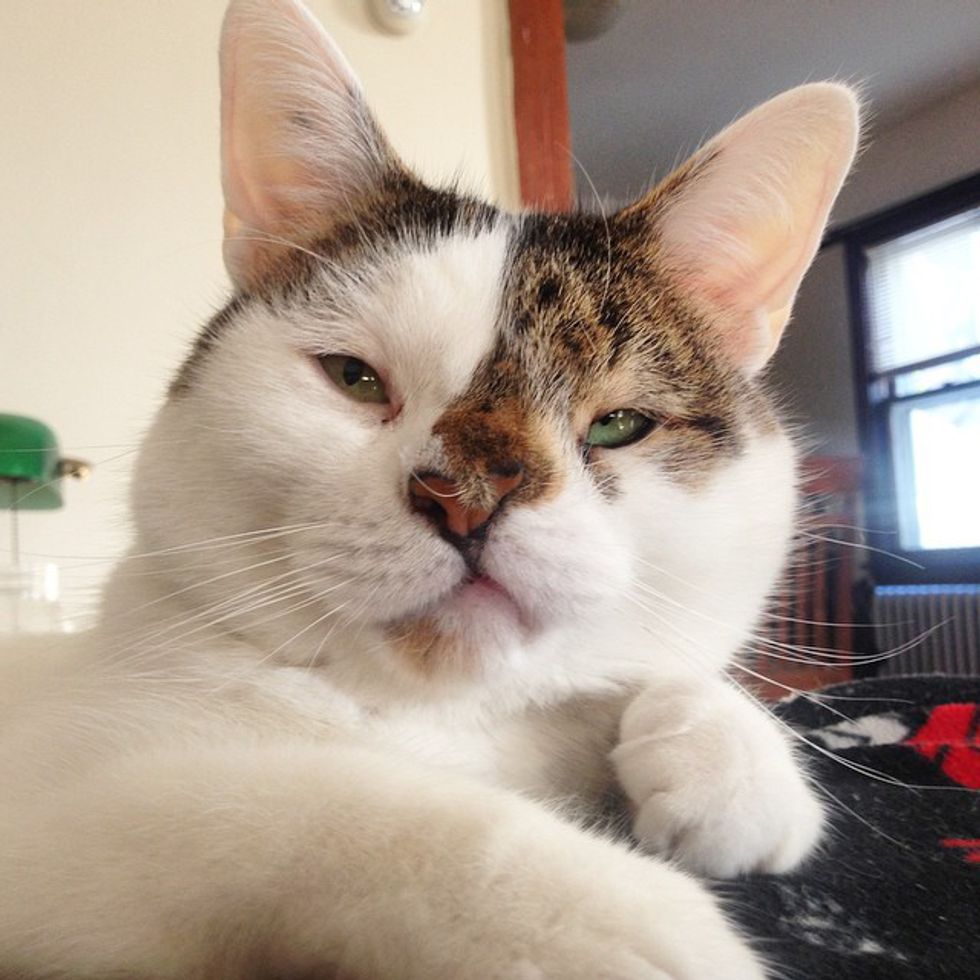 "He doesn't like closed doors, and he will only drink from a rocks glass that is elevated by a coffee table." 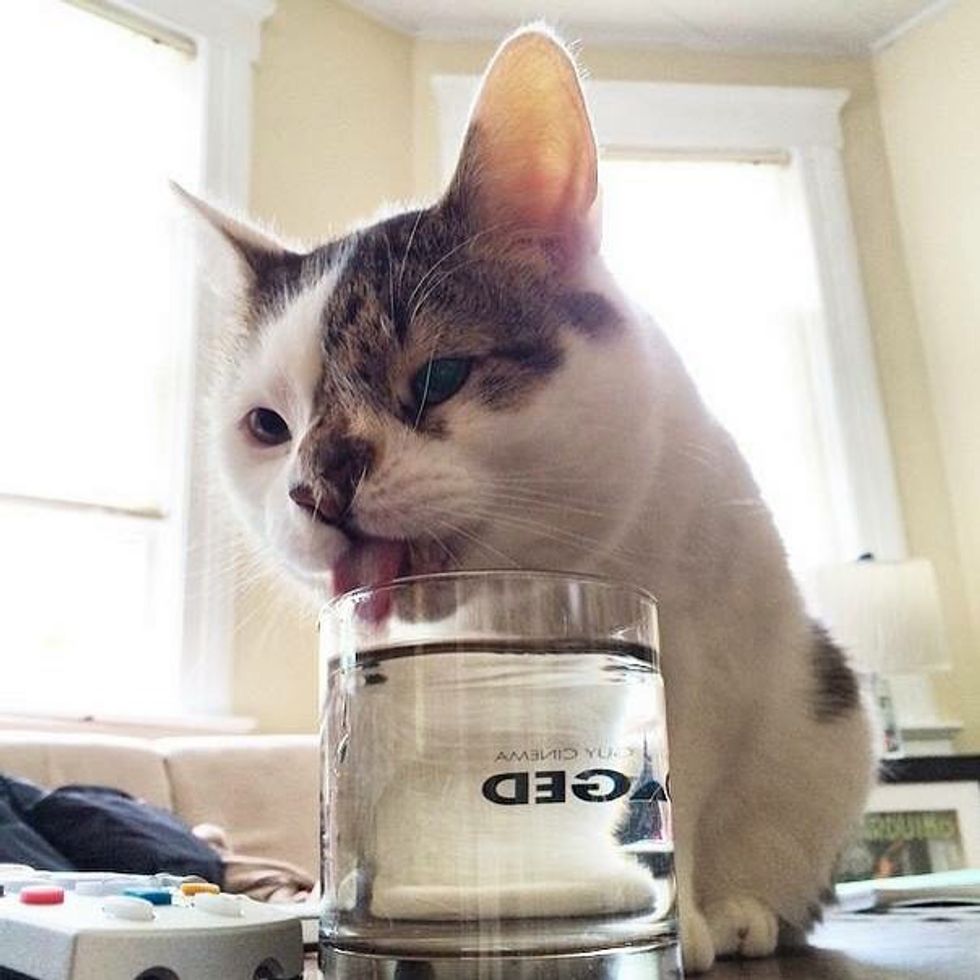 Mr. Bub is now around nine years old but he is still a kitten at heart :).

"He enjoys destroying carpets, cuddling, and waking people up at ungodly hours. He has recently begun tapping--meaning, he'll literally stand on two legs and tap you with one paw until he gets the attention he desires--and then some." 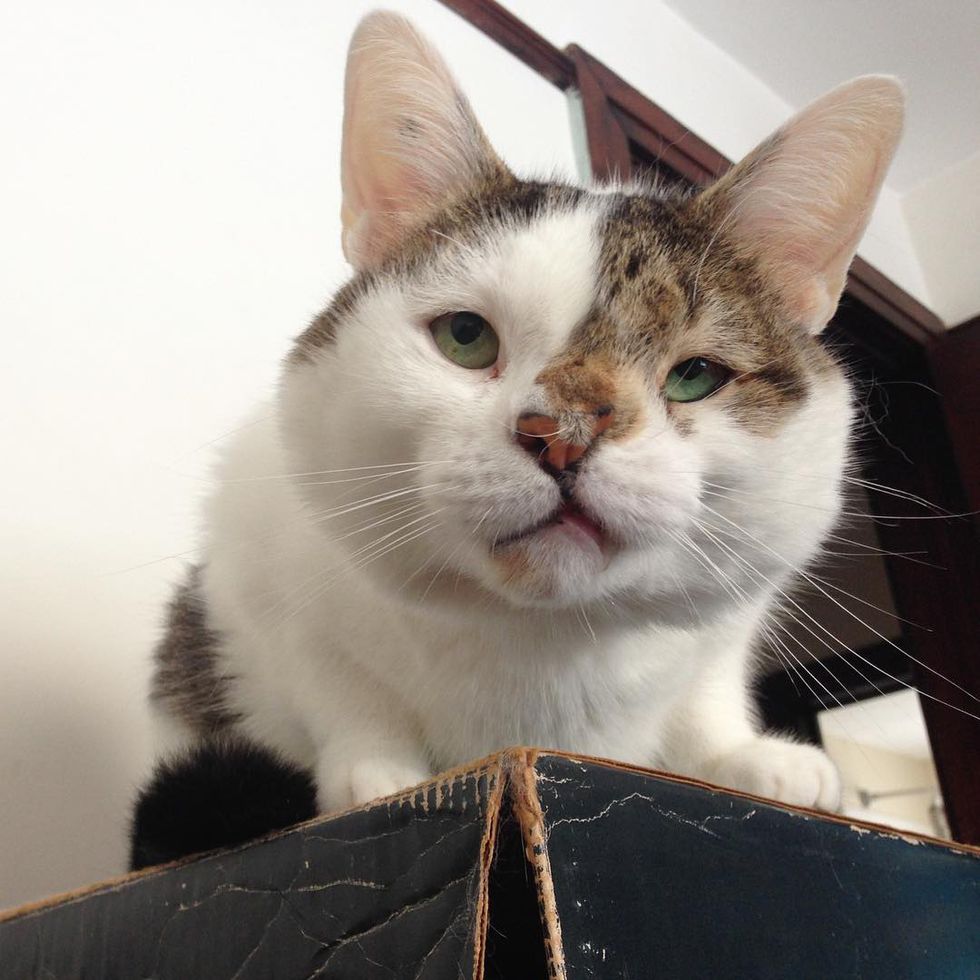 Chillin' with dad and keeping him company. 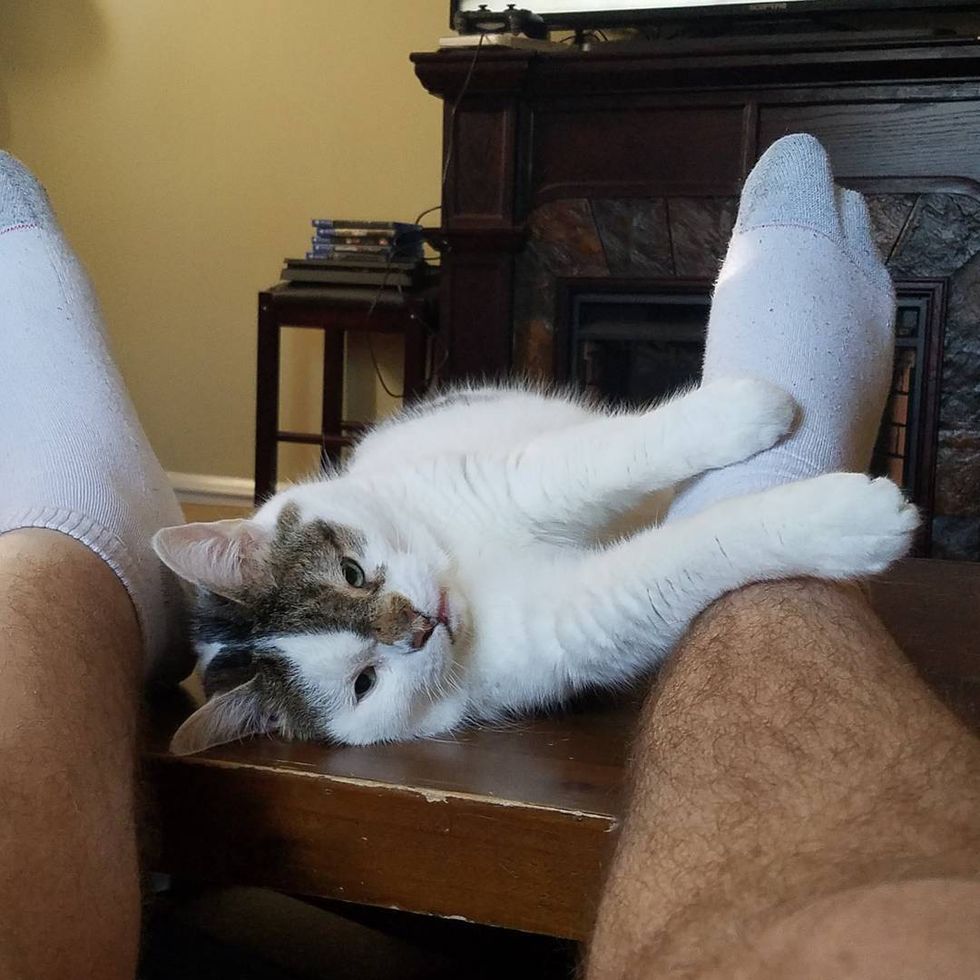 Mr. Bub picked Rick on the day they met and the rest is history :).

"He definitely chose me, which I am very happy about." 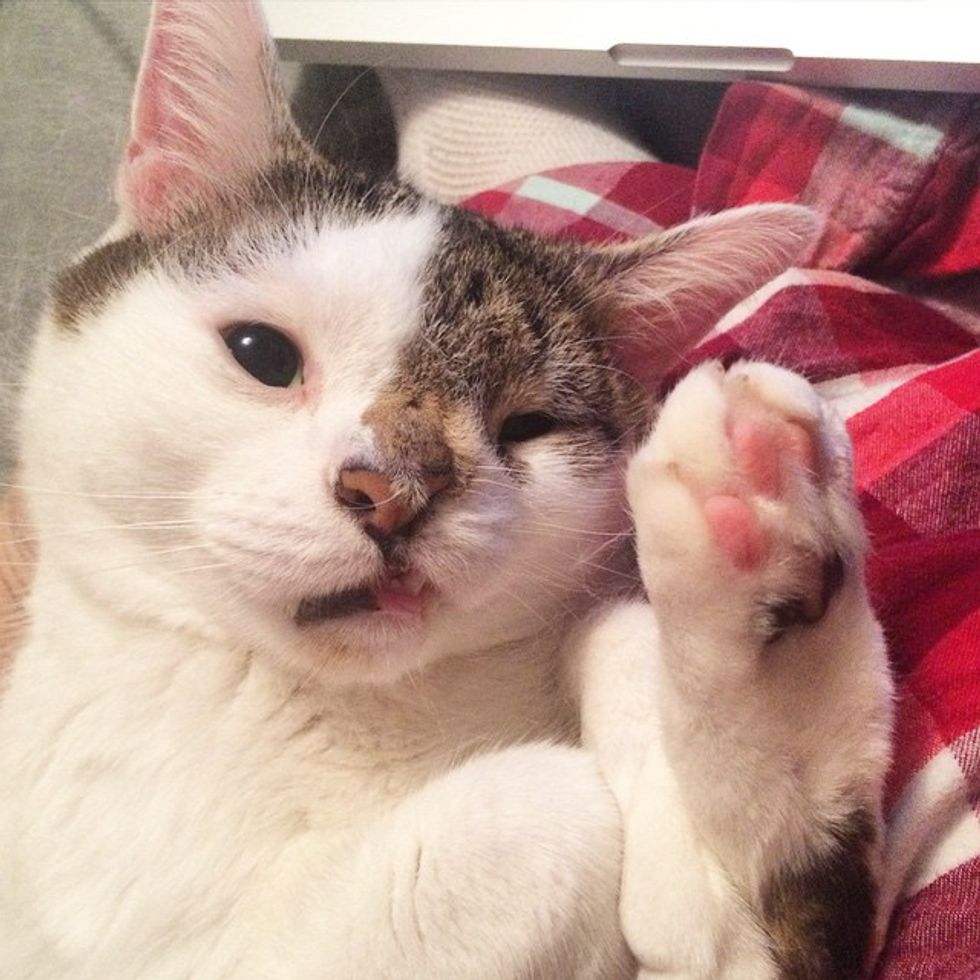 Cuddling with his favorite human.