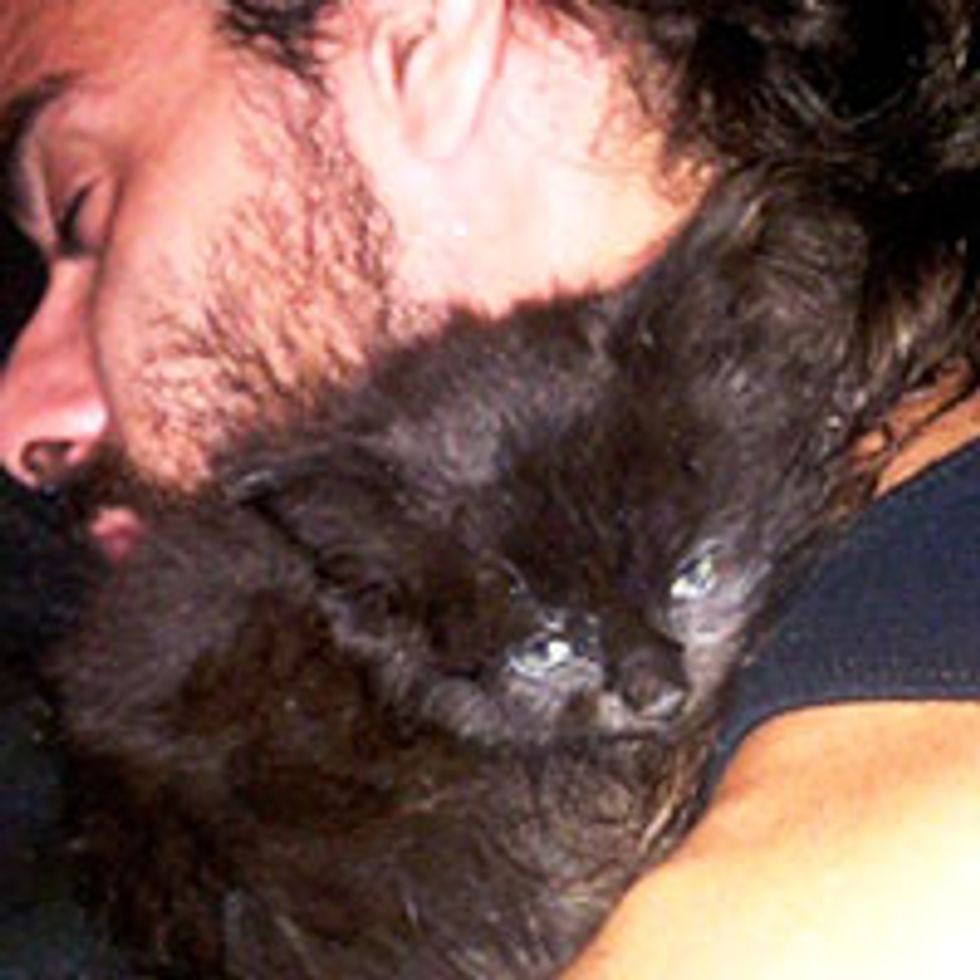 It was just another day for Chuck Merriman of New York. He was on his way home after getting his paycheck from work. One thing led to another, Merriman found himself in a mild traffic accident as he tried to swerve away from a collision with another car, but he hit the curb. His tire was punctured and he didn't notice a spare tire from his car. "I pulled out my cell phone, and it was almost dead." But shortly later, his phone died.

He started walking, hoping to find a pay phone along the way. "I was on a four lane road, and I had about a 12 mile walk ahead of me.... About a mile and a half down the road… I saw ahead of me what I thought to be some landscaping fabric getting blown by the breeze. As I got closer, two little blue eyes turned to me and went 'meow.' My heart melted immediately. A little ball of fluff was on the side of the road. I picked her up and I could tell she was scared and cold," Merriman wrote via Care2.

"I carried her in my hands for about another three and a half miles with her clawing and squirming, trying to get down…. After about two hours, and about seven miles, I was tired from walking and working. The kitten was really trying to get down, I'm stressed out and having a hard time trying to hold on to the kitten. I wasn't going to drop her off on the side of the road, so I put her in the hood of my sweatshirt. I should have done that in the first place. She passed out. I was able to walk the rest of the way with her in there. Five more miles until I was able to get to a store where I knew the people, and I was able to use the phone to get a hold of my girlfriend, and was able to get a ride home. She fell in love with the kitten also."

Merriman already had two other cats at home. When they met the little rescue kitty, they weren't so sure at first, but they finally came around after a few weeks.

They named the kitty 11 due to the location where she was found. She was given medical treatment and a ton of love. 11 has come out of her shell since then. "She runs to the door when I come home from work, follows me around and lays on my shoulders…"

"A few weeks after, I was cleaning out my car, and found a spare tire behind the panels in the hatch. I didn't need to walk that day in late October, but I'm so glad I did," Merriman wrote.

All grown up today