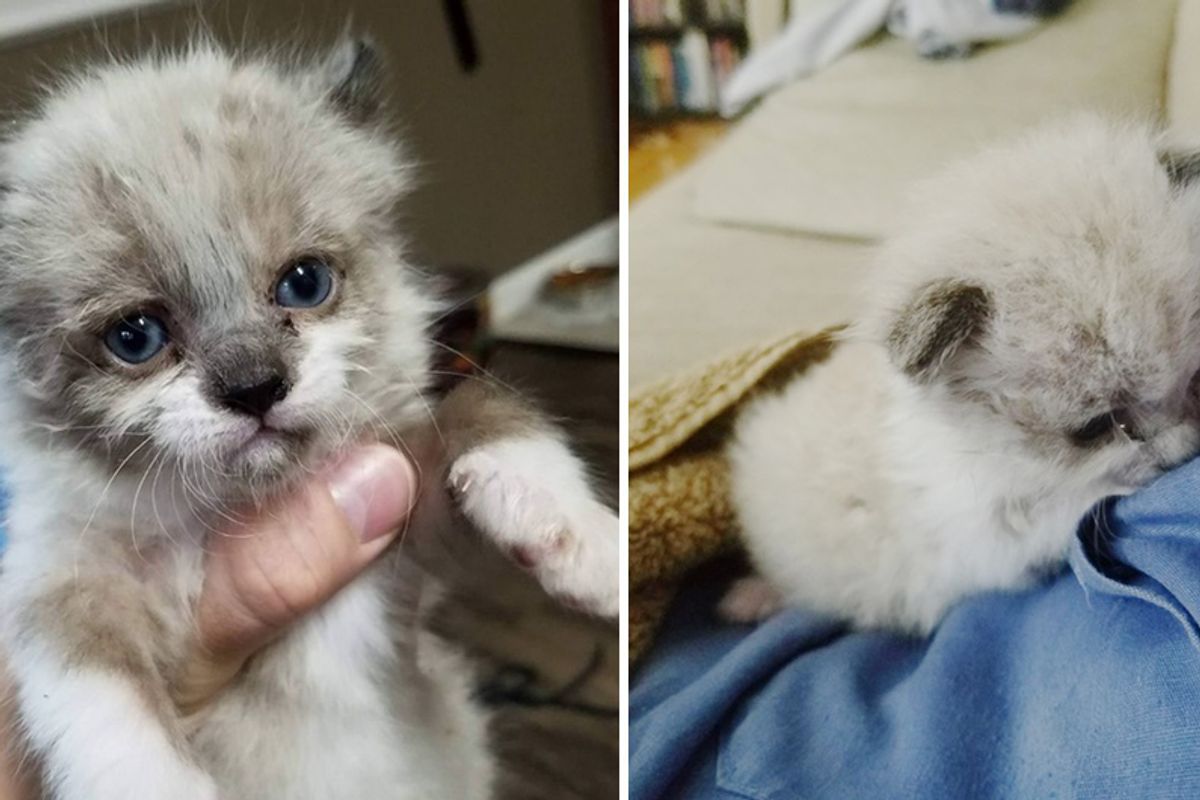 A man found a tiny orphaned kitten meowing pathetically for his mother, who had left him behind and never came back.

He scooped him up and became his new cat dad. 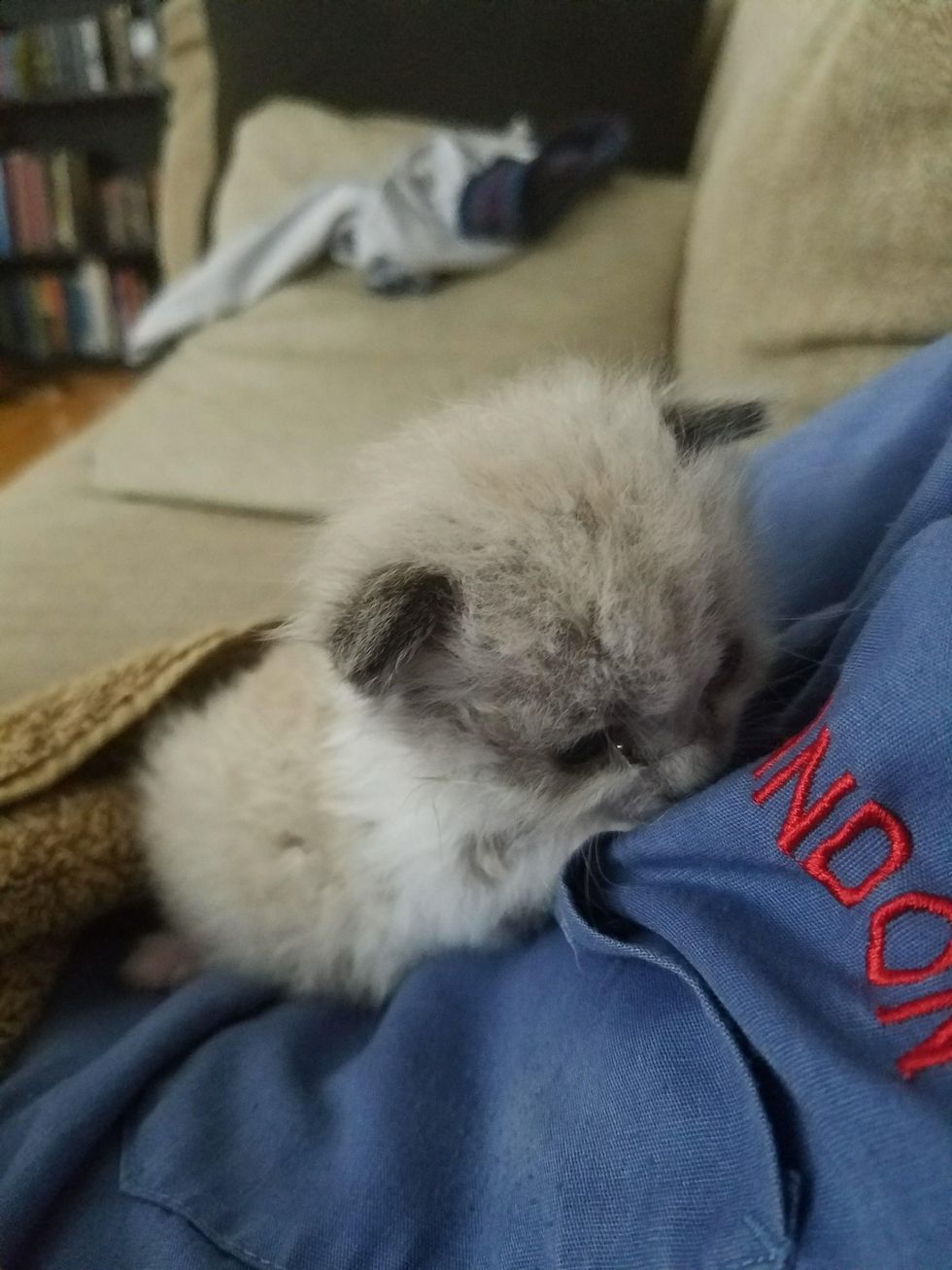 The kind-hearted man was on his way to work when he heard crying outside his fence next to his neighbor's yard. "I was heading to my service van to go to my first call for work four weeks ago when I heard crying," imgur user bmusser told Love Meow.

As he was tracing the source of the cry, he saw a tiny kitten in the tall weeds next to his neighbor's garage.

"I waited for some time to see if the mama would come back and she never did. I picked him up and brought him inside to the wife." 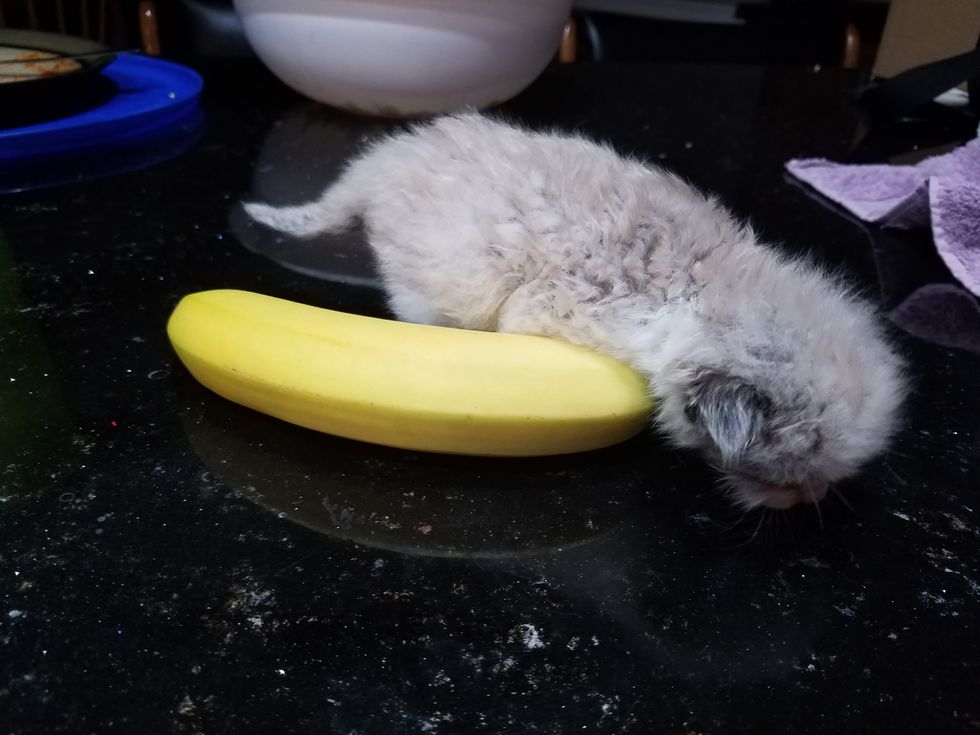 10 days after they found the kitten, his eyes opened. Banana for scale.imgur/bmusser

The little feline still had his umbilical cord attached and his eyes were closed when found. The wife rushed to the store to get some kitten formula and a bottle so they could start feeding and caring for him around-the-clock.

After getting a full belly, the little one fell asleep on his human's shoulder. They didn't have the heart to wake him, so sat on the couch for as long as it took. 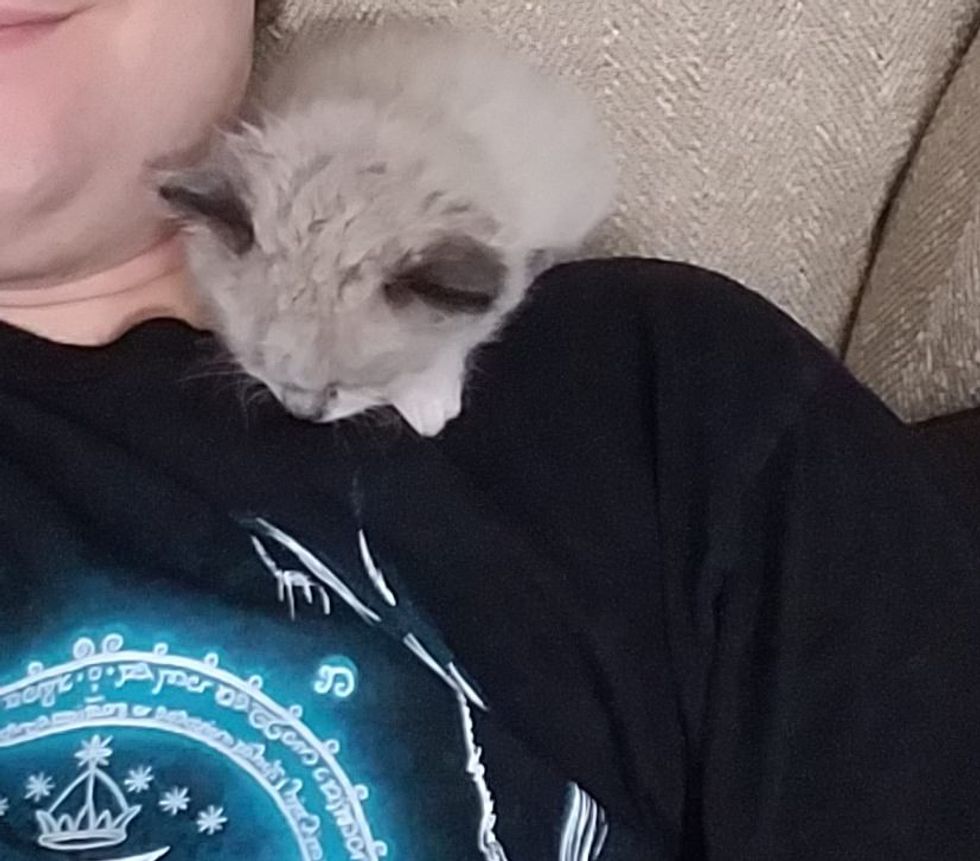 "After work we took him to the vet. He checked him out and said the kitten was in good shape. He was anywhere from two to five days old," he told Love Meow.

The kitten became very attached to his new family. He tried to nurse on his human dad's arm for comfort and nuzzled in the crook of his neck for naps. 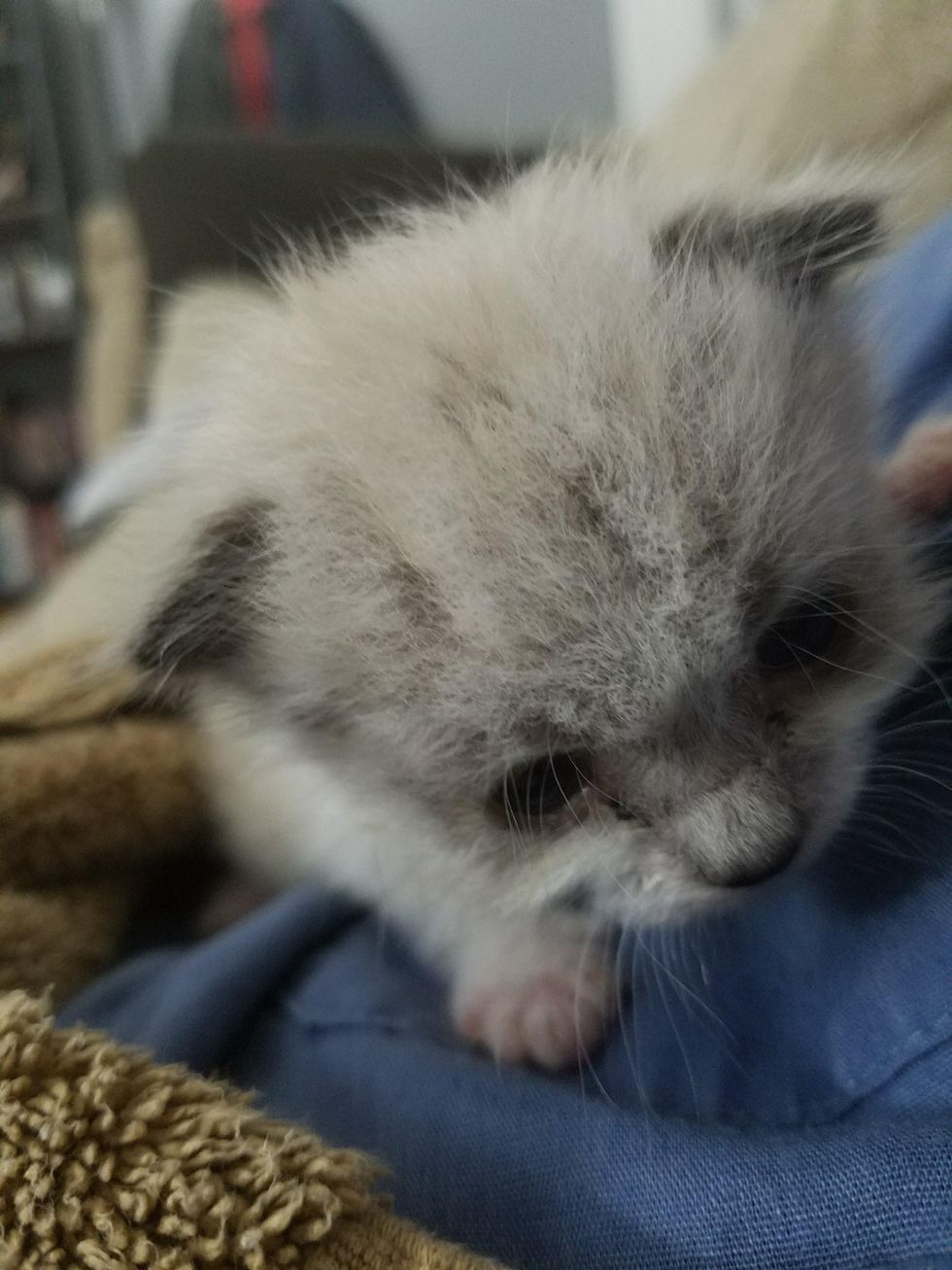 Every two hours, the kitten got a warm bottle of formula and plenty of love and TLC.

Sleeping in his big makeshift bed, purring up a storm. 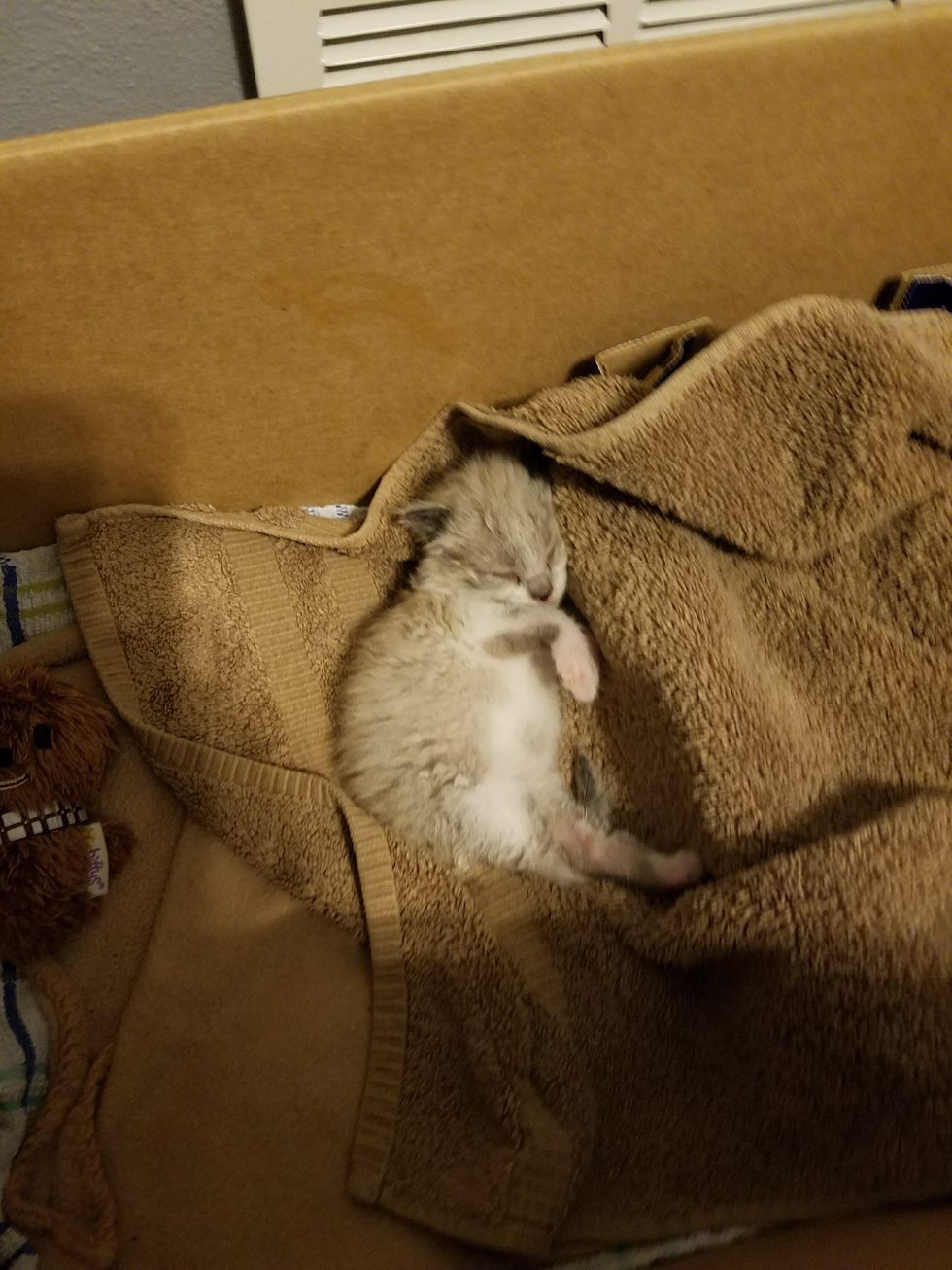 A week later, his eyes were wide open and ears perked up.

The kitten became more playful, curious and energetic each day. 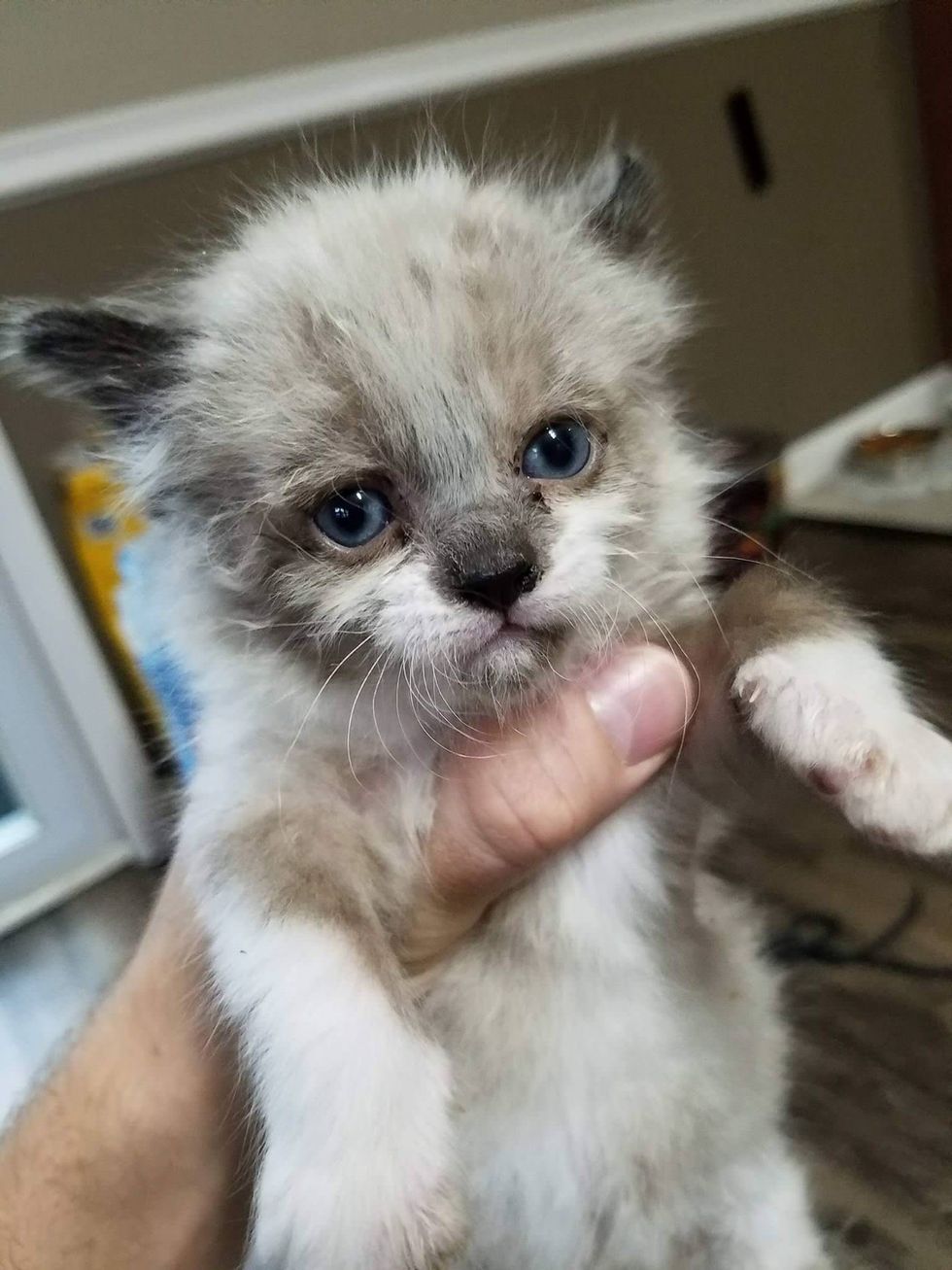 He followed his humans everywhere they went like their tiniest little shadow. 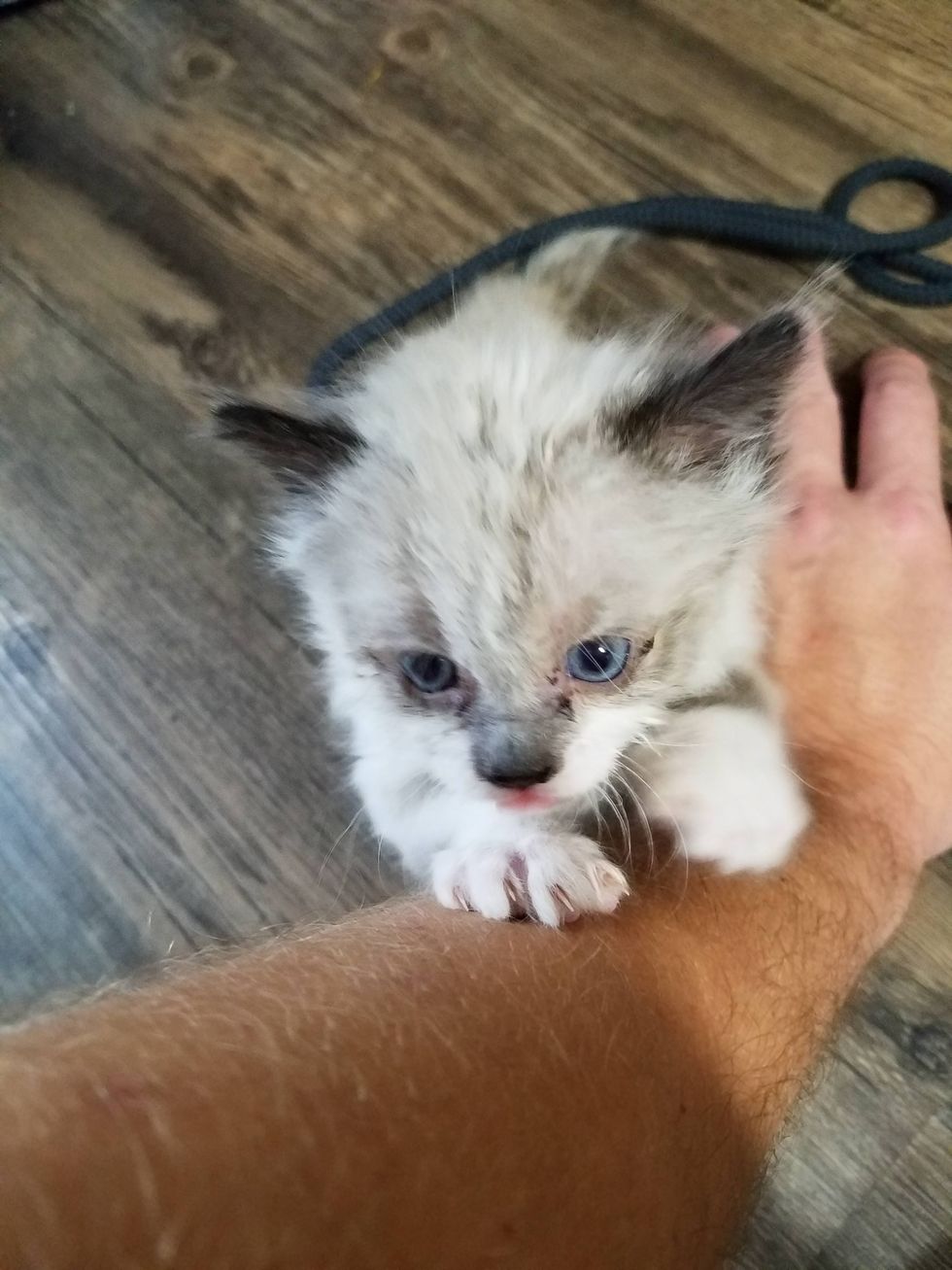 Once he figured out how to use his four legs, he couldn't stop exploring. 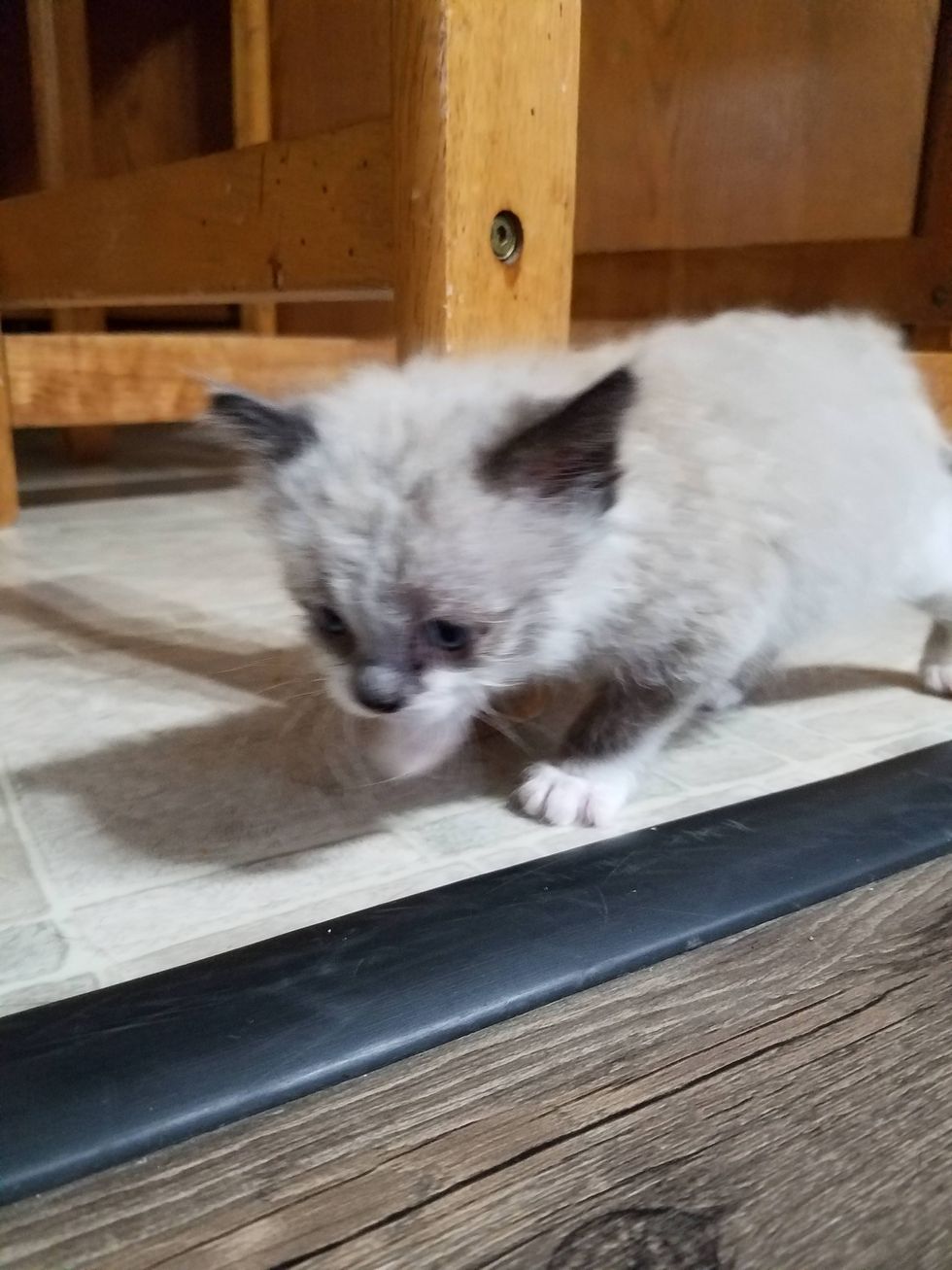 They have three older resident cats who are curious about the new kitten.

The youngest of the three took to the little kitten and became his protective brother. 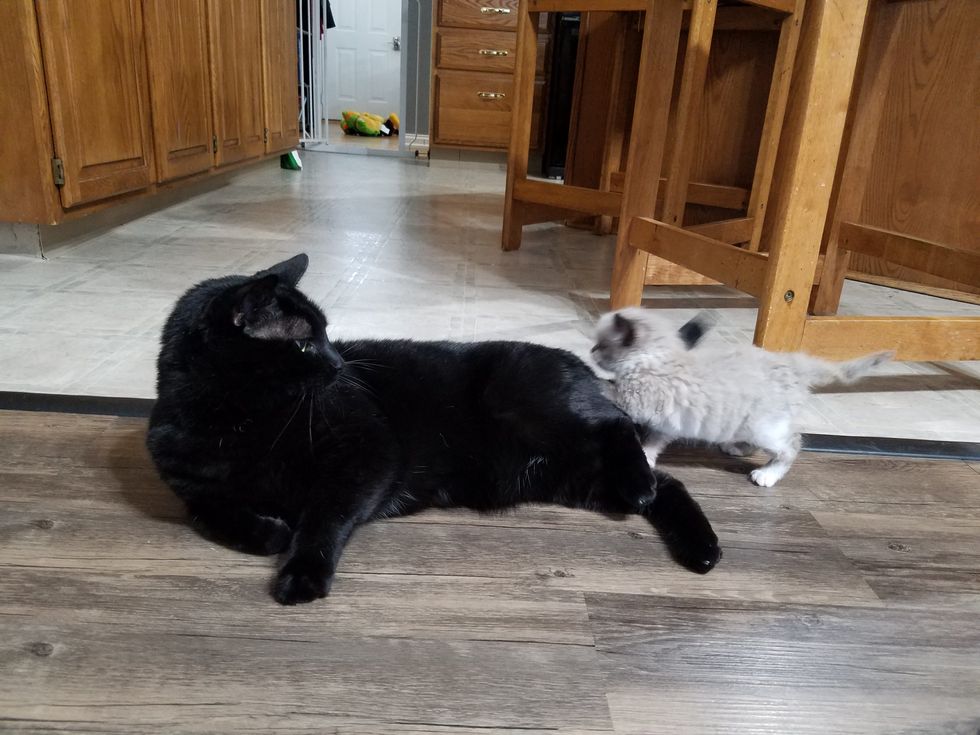 "Shobo the cat has taken it upon himself to take care of the kitten." 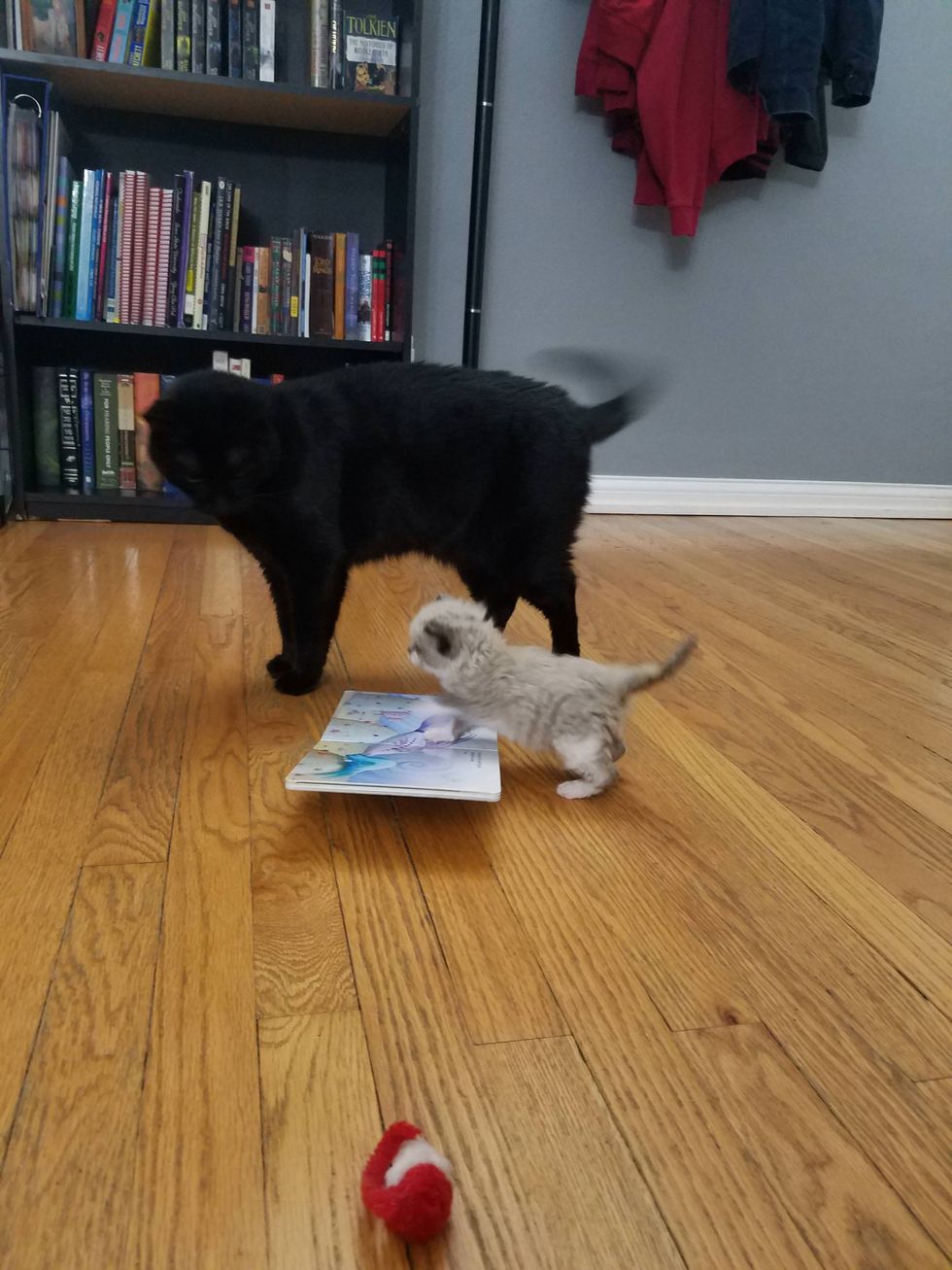 "Four weeks in and he has already started drinking from the dish and using the litter box," the man told Love Meow.

"He and our son have become best friends." 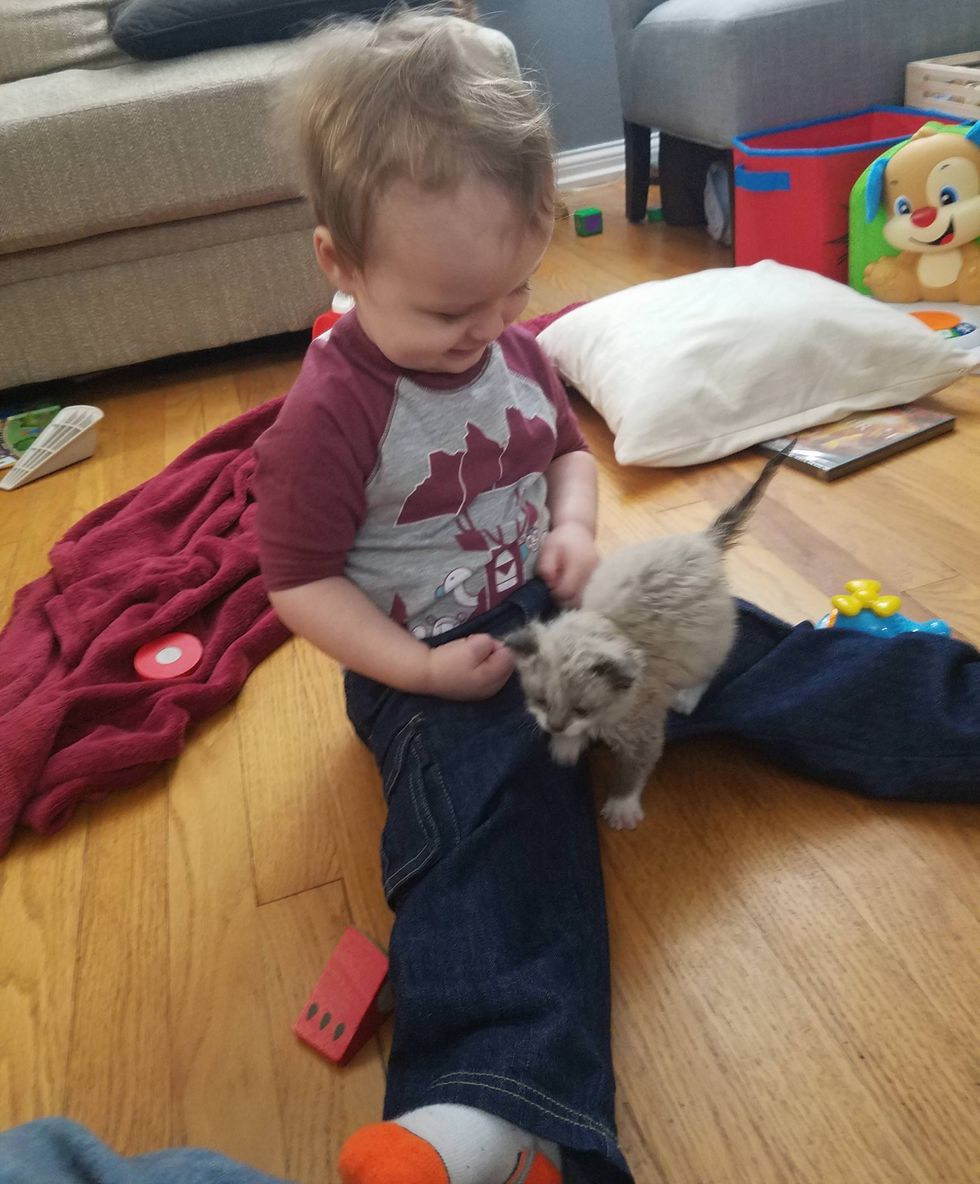 The little feline buddy is now thriving with love!

"He'll follow us everywhere and either hang out at our feet or sleep on our shoulders." 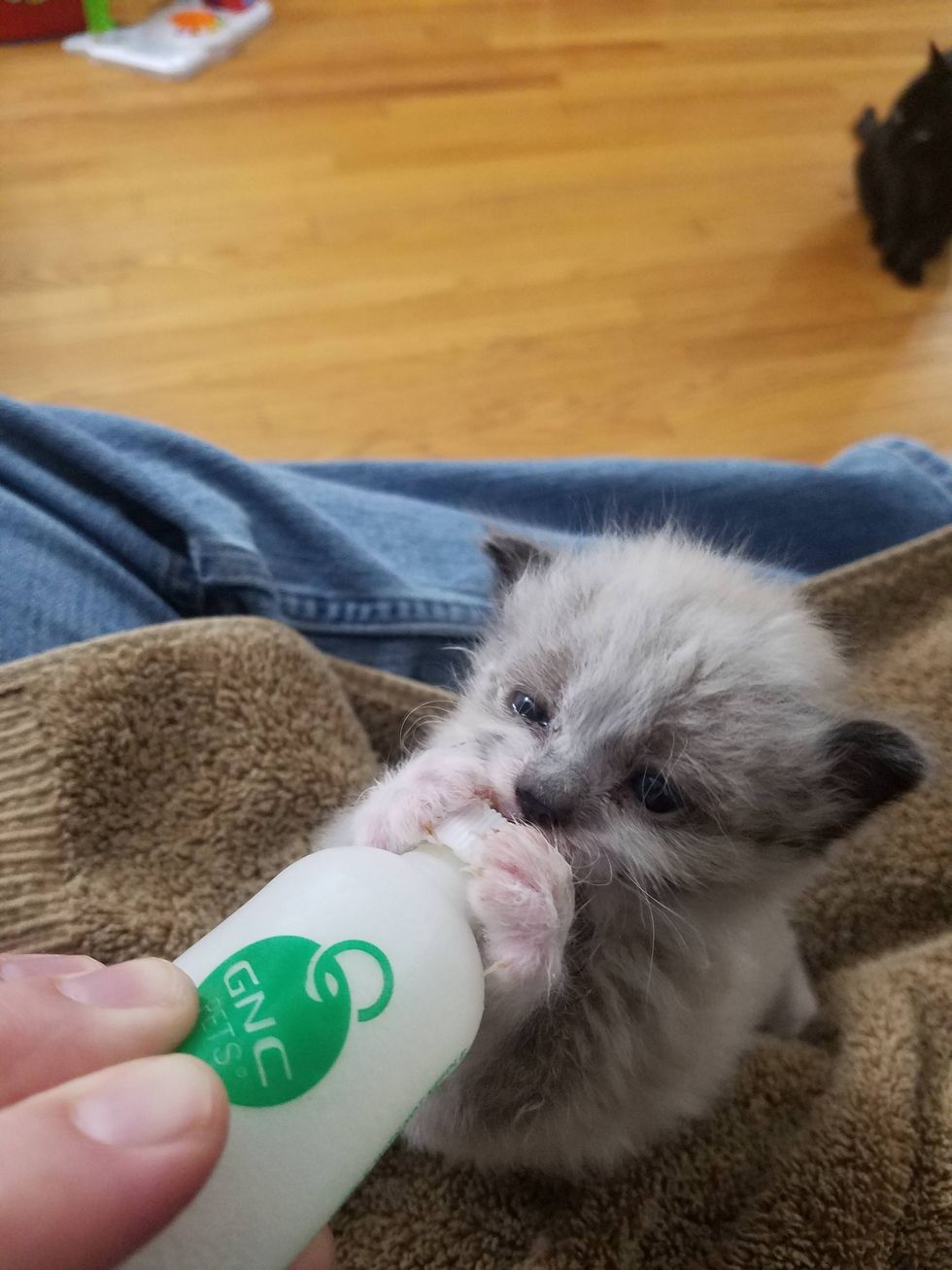 He was named Casper and he became very attached to his human dad. 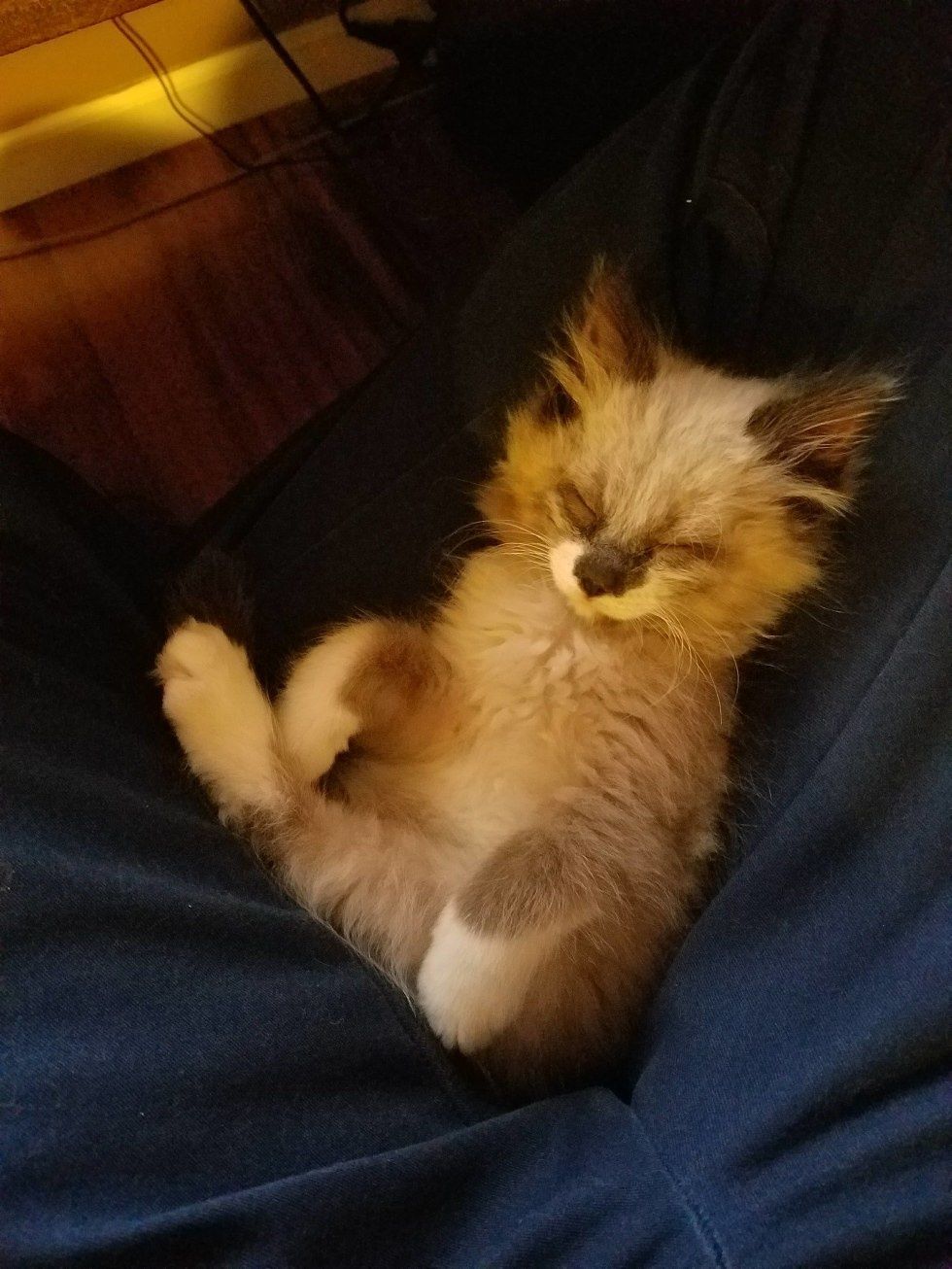 "Casper passed out between my neck and the chair." 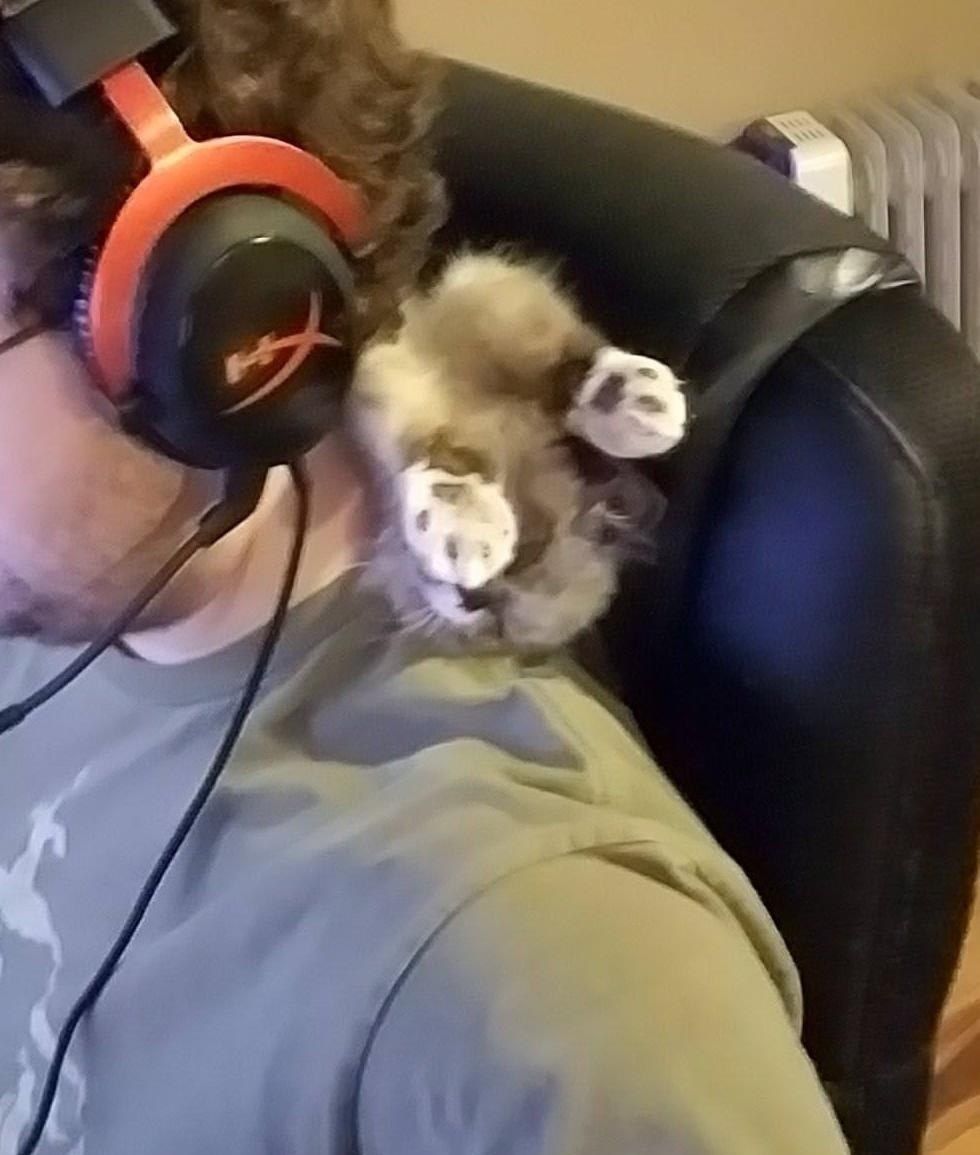 "Anytime I'm on the computer this is how he sleeps." 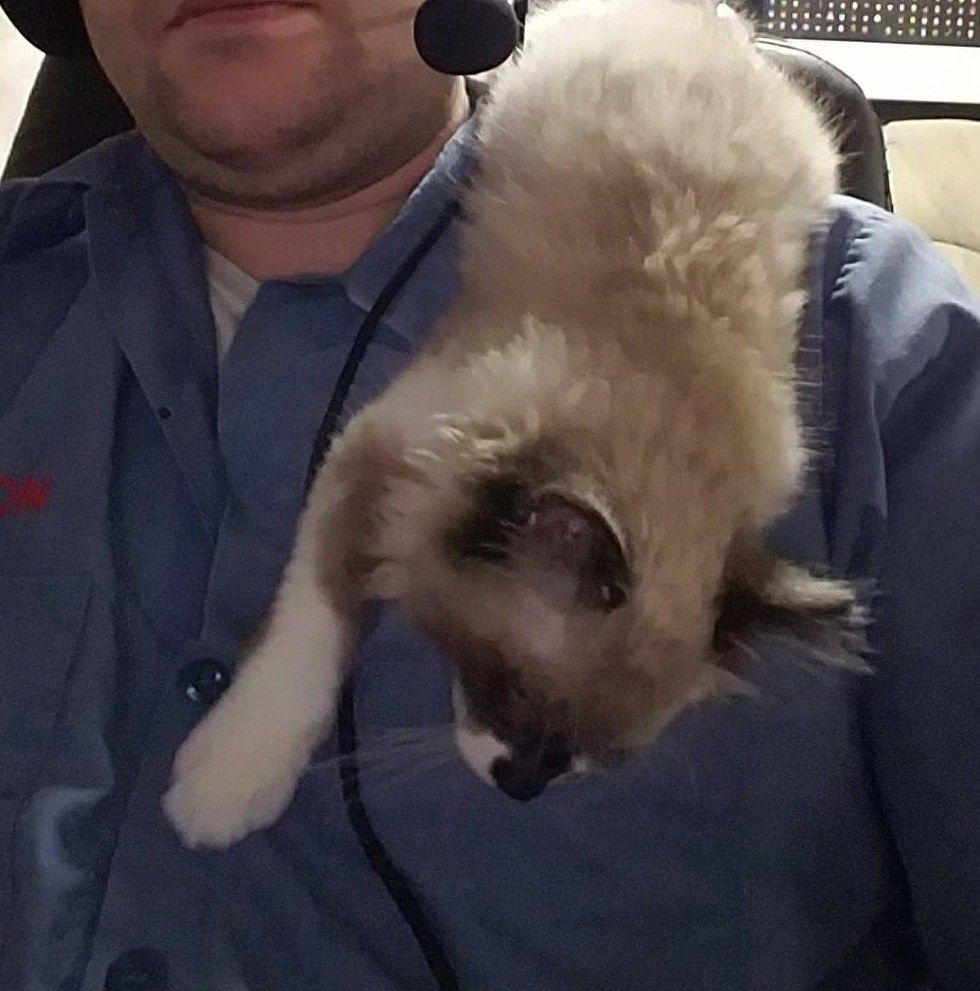