Last week, the cries of a kitten caught the attention of a man who works at a grocery store in Brazil. The kitten was trapped, meowing for help.

Ricardo Sardinha from Guarulhos grabbed his ladder and rushed to the kitten's rescue. 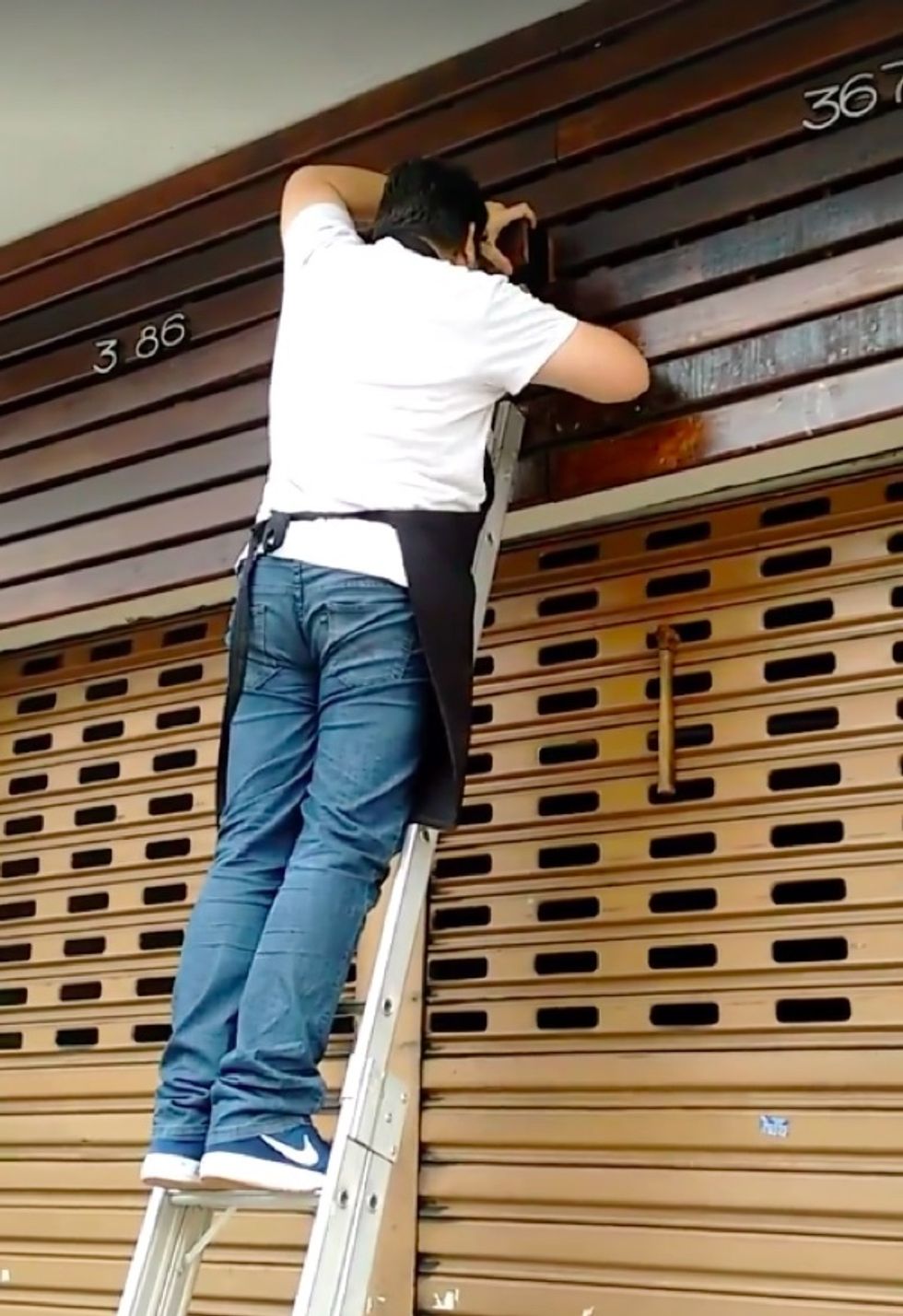 "Everything started when I heard his meow. I thought it was a child crying, but no, it was a kitten asking for help," Ricardo of Emporio Sardinha told Love Meow.

On the day he heard the cry, he looked around his store but was unable to locate the kitten. When he returned the next day, he realized that the kitten was stuck behind the store facade next to where he works.

The store next door was being renovated and had been closed for more than a week. They suspected that the kitten had got up there from inside the shop.

"I took a ladder and a hammer to rescue him." 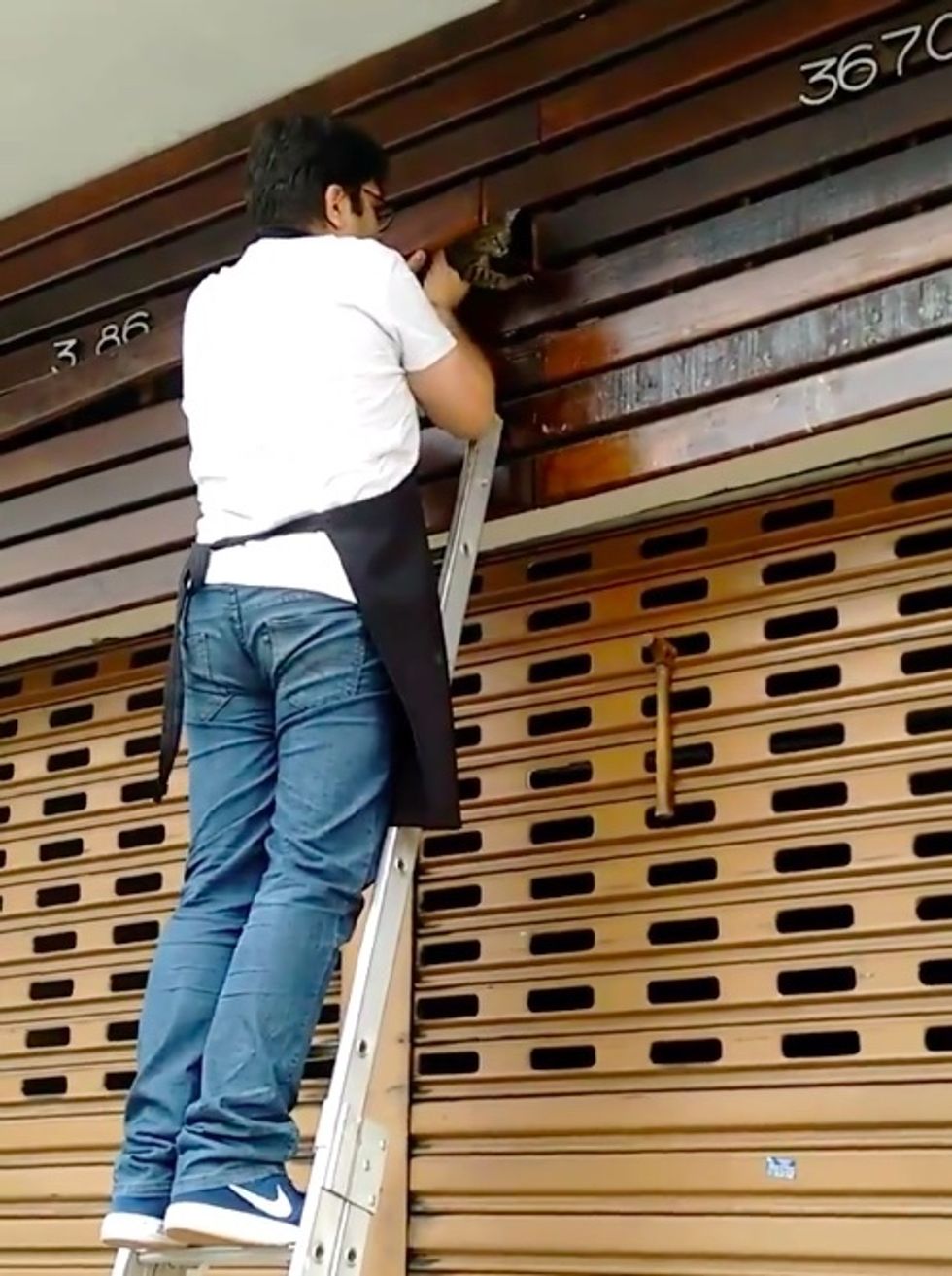 The kitten was behind the wooden planks boarded above the door. Ricardo plied open one and reached in for the kitten.

The little tabby walked right out when he saw the light. 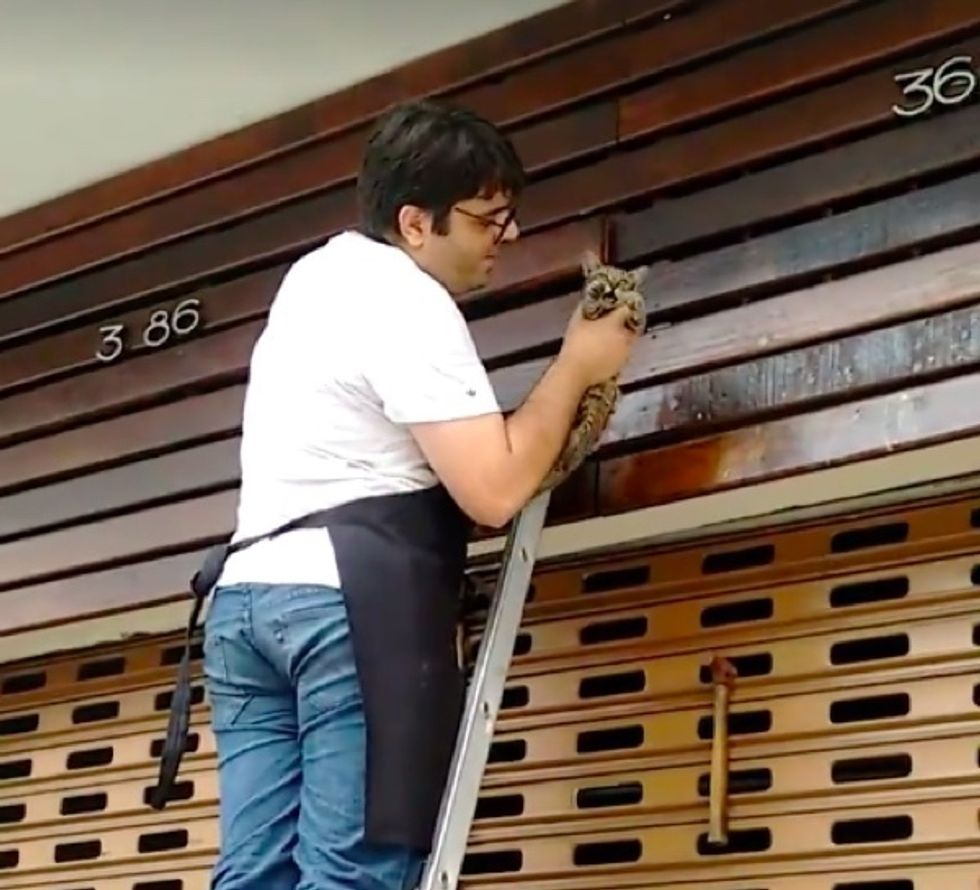 The man grabbed the kitten and gently put him in his arms as he descended from the ladder.

"I gave him water and food. After that I brought him home," Ricardo told Love Meow.

Ricardo fell in love with the kitten at first sight. 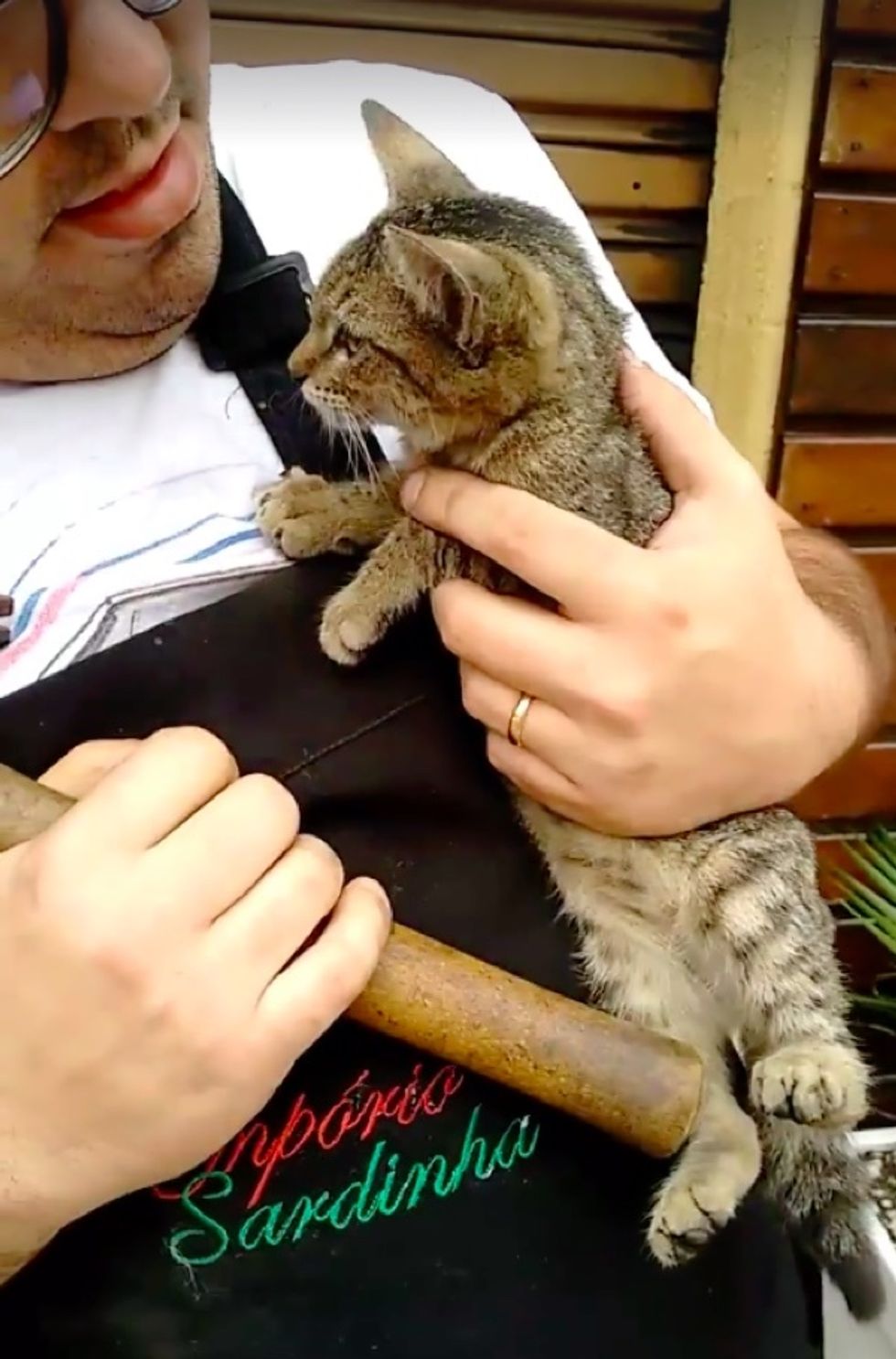 Ricardo has three other cats and his whole family adores animals.

They welcomed the kitten into their loving home and made him a permanent part of their family. 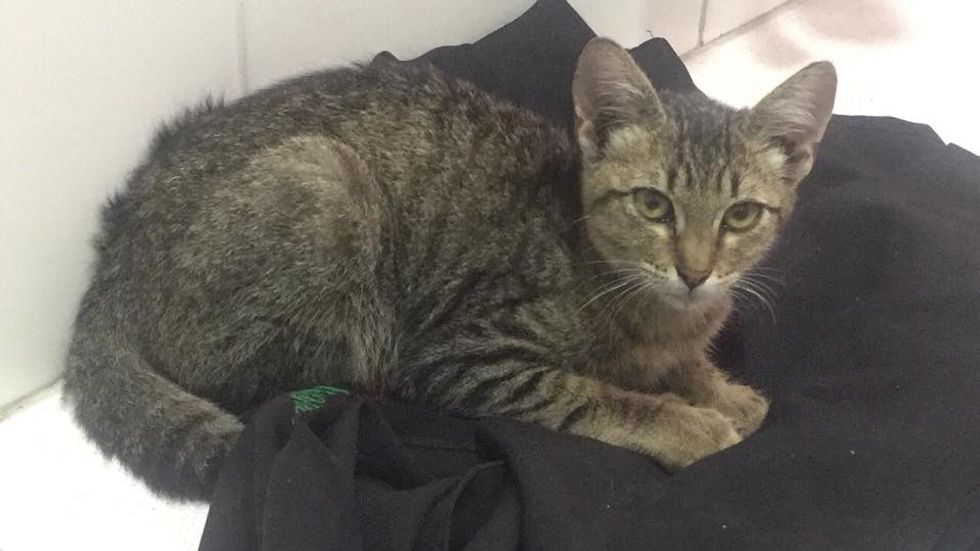 "Now he has a home and a family with a lot of love to give him. We named him Angelino." 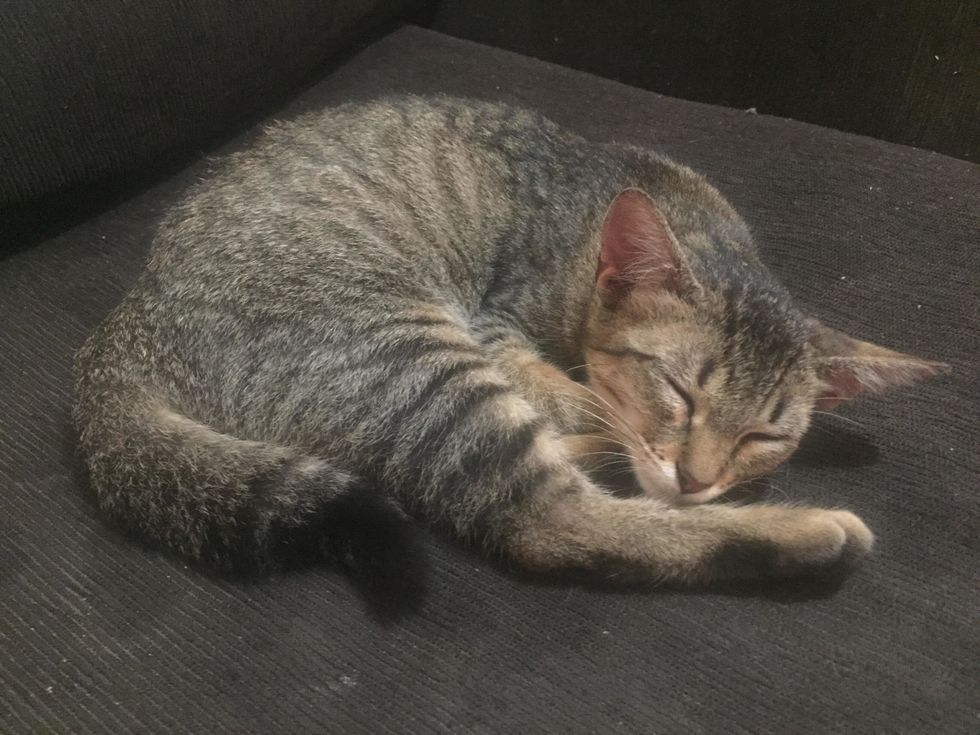 Related story: Kitten Brought into a Store, Meows for Help and Gets Rescued Just in Time, Now 2 Months Later

Thanks to Monica Varriano for sharing the story with us!