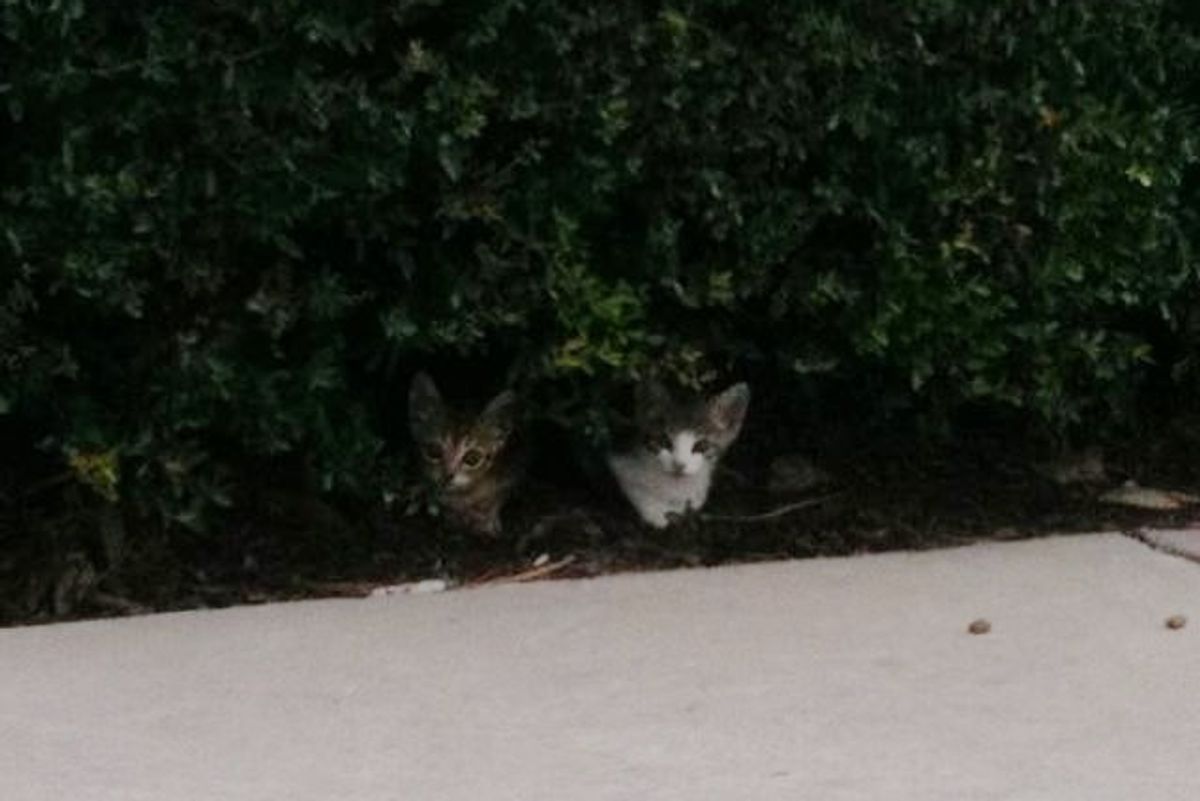 Man Spent Days Rescuing 3 Feral Kittens. Now They are What He Couldn't Do Without!

A man found three little feral kittens outside his apartment complex. He spent days trying to rescue them and wouldn't leave anyone behind. 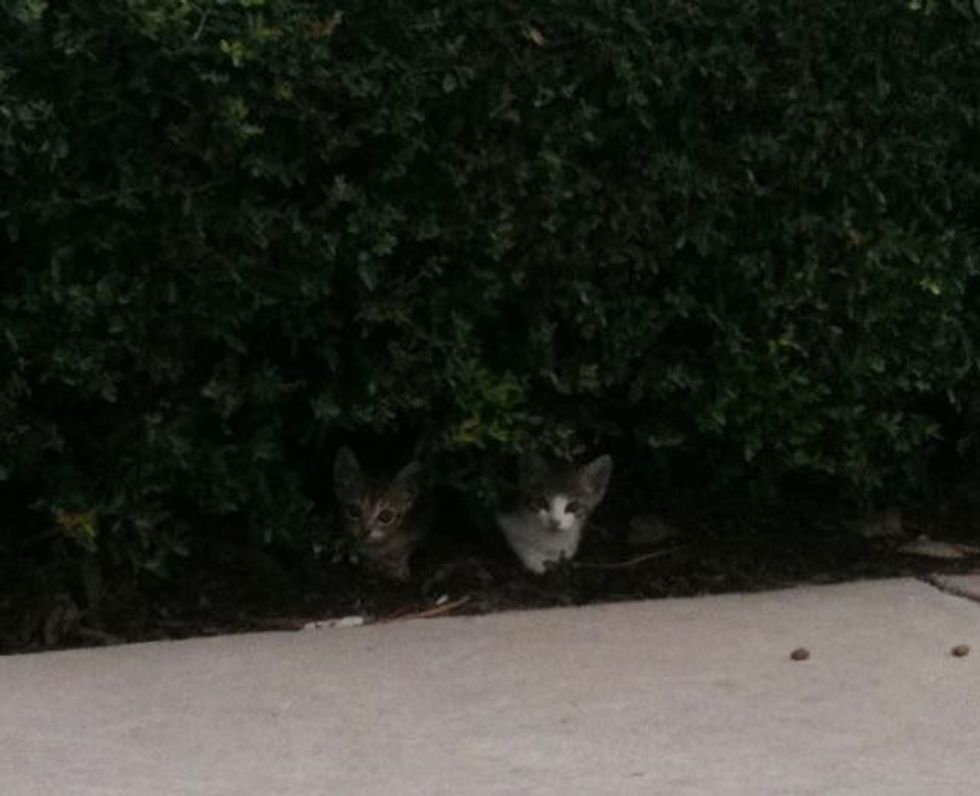 He shared the rescue story via reddit: "I saw this poor little kitten sitting outside the closed bar in my apartment complex. I was so sad for this poor kitten, but I was late for work and couldn't stop. Then on Monday as I was leaving for the store I saw the kitten again! Only there were two of them!"

"So I went back to my apartment, grabbed a box. and some treats and set out to catch 'em all pokemon style."

While he was setting up some treats, two kittens showed up. "But they never came out of the bushes when I was nearby. I was very sad. So I had some wet cat food lying around and I figured that might coax them out!" 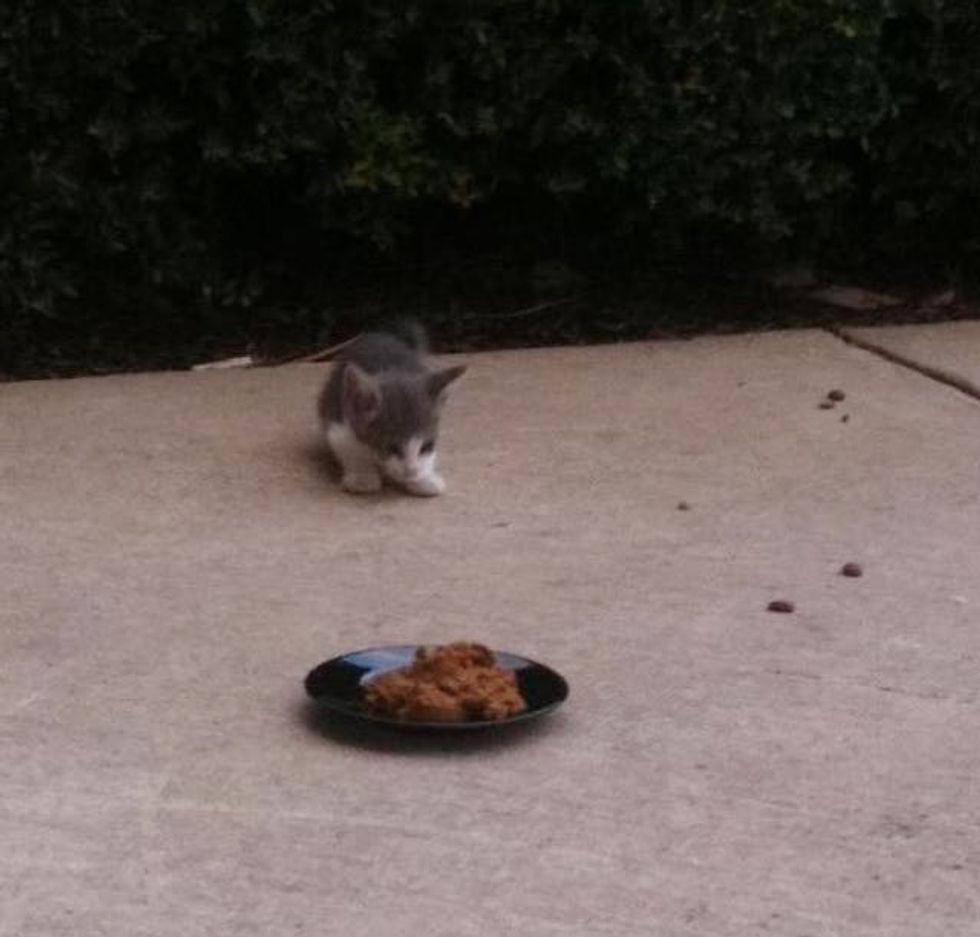 Every time he tried to approach the kittens, they just ran away. He went back to get his cat carrier so he could set it up as a temporary trap. "When I returned I saw there were THREE kittens."

"I setup my cat carrier. But at this point I didn't see them again that night so I packed it in."

The next day he went to a local Humane Society to get a humane trap. "But the weather was against me. The tropical storm or depression or whatever it was rolled into Austin and it was pouring rain. There was no way I could setup the trap where I had found the kittens originally."

"So instead I set it up on the deck of the subway attached to my apartment complex (the trap is on the right side, its hard to see)." 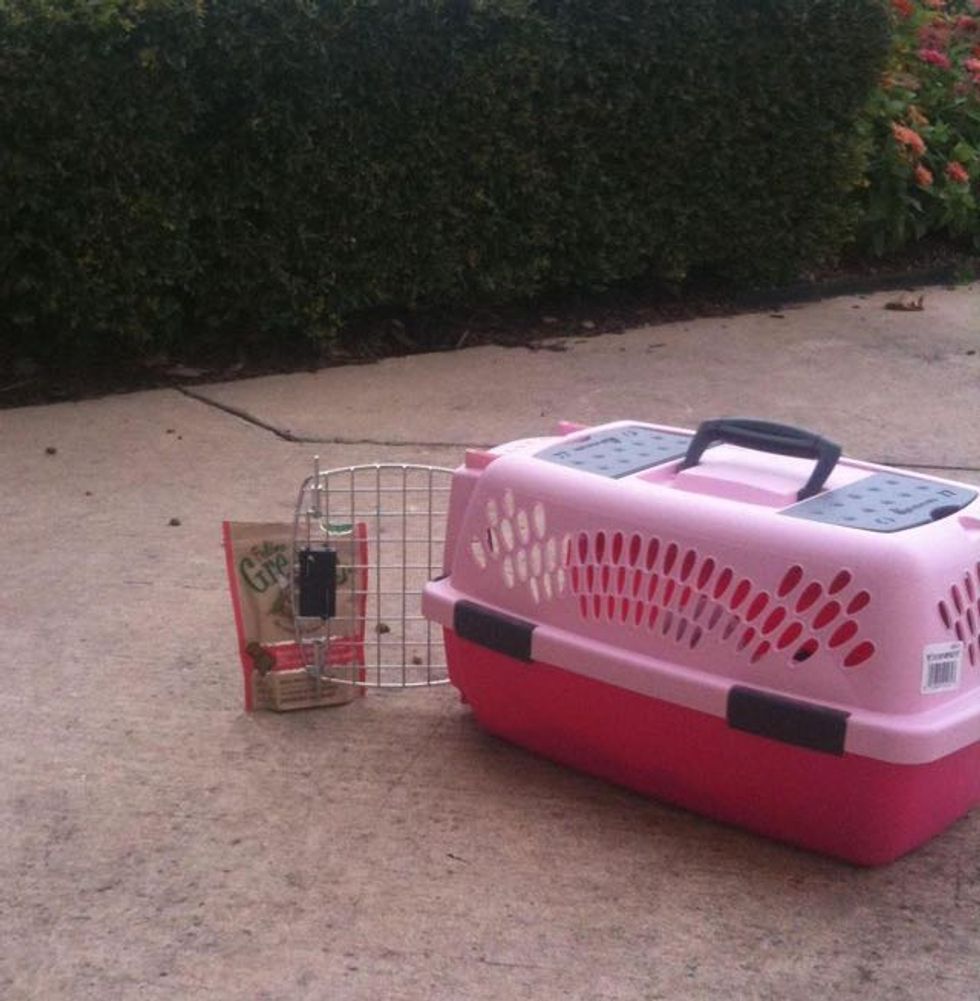 Within 30 minutes, one of the kittens showed up and went into the trap. "When I let him out in my apartment he immediately hid."

"I went back out and stayed for 2 hours in the pouring rain (the trap and I were shielded) but to my dismay the other two kittens were no shows."

Despite what happened, he was determined to get all three kitties to safety. He went there again on another day, hoping this time he would succeed. "I set up the trap in the same spot, took my chair, listened to Ronald Jenkees and browsed reddit. I waited 30 minutes and no kittens had showed up so I started to lose faith."

Just when he was about to stand up, one of the kittens jumped up onto the deck. "I backed away as stealthily as I could and waited." 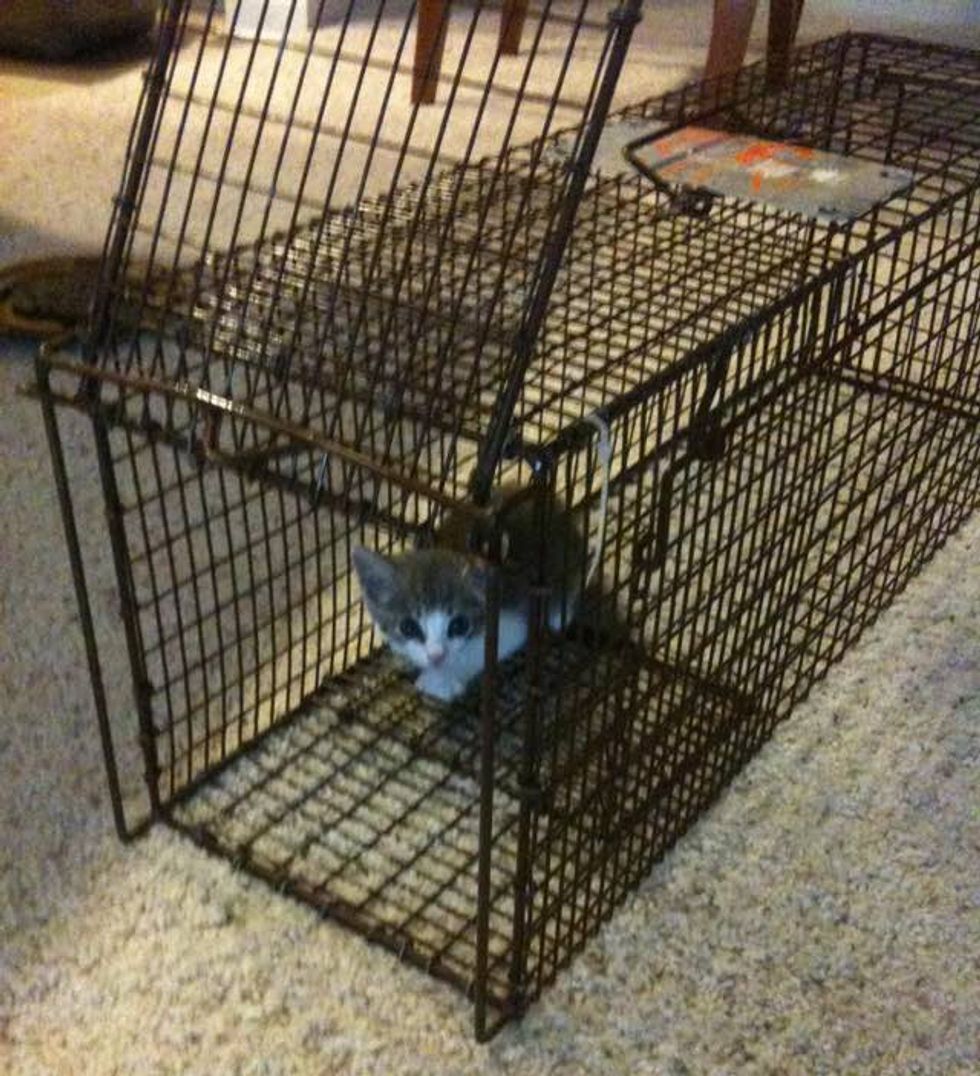 "So now I had two kittens, but I didn't want to leave the third one all alone. So out I went again braving the light drizzle."

He waited for an hour before the last kitten finally showed. "He was a tricky one, he wouldn't even get close to the cage if he could see me. So I waited 5 minutes and then peaked. He was trying to get at the food from outside the cage rather than go in. He saw me and hid at the edge of the deck just peaking his head up to see if I was there. This happened 3-4 more times until I said... 'I'm going to wait 20 minutes without peaking'.

"And I finally got him. When I let him out it was a mew fest for 20 minutes all three of them just mew mew mew."

It took another three months for him to tame the feral kittens, but it was well worth it. "They eat tons of food and make me clean the litter box constantly... and they have names as well."

This is TT, the tiniest tabby. 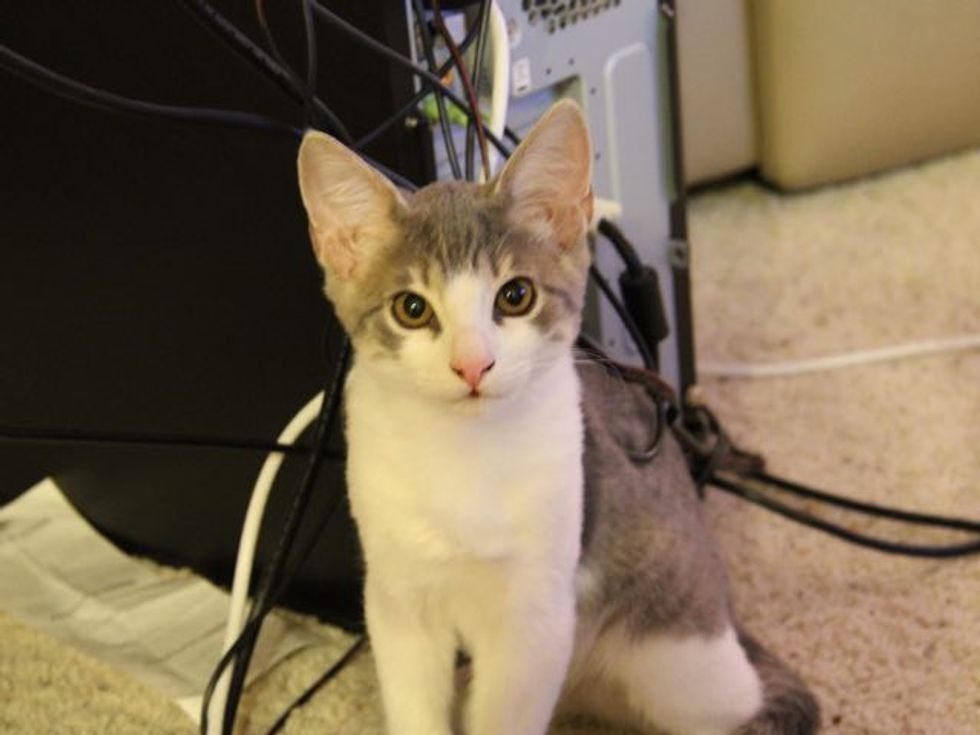 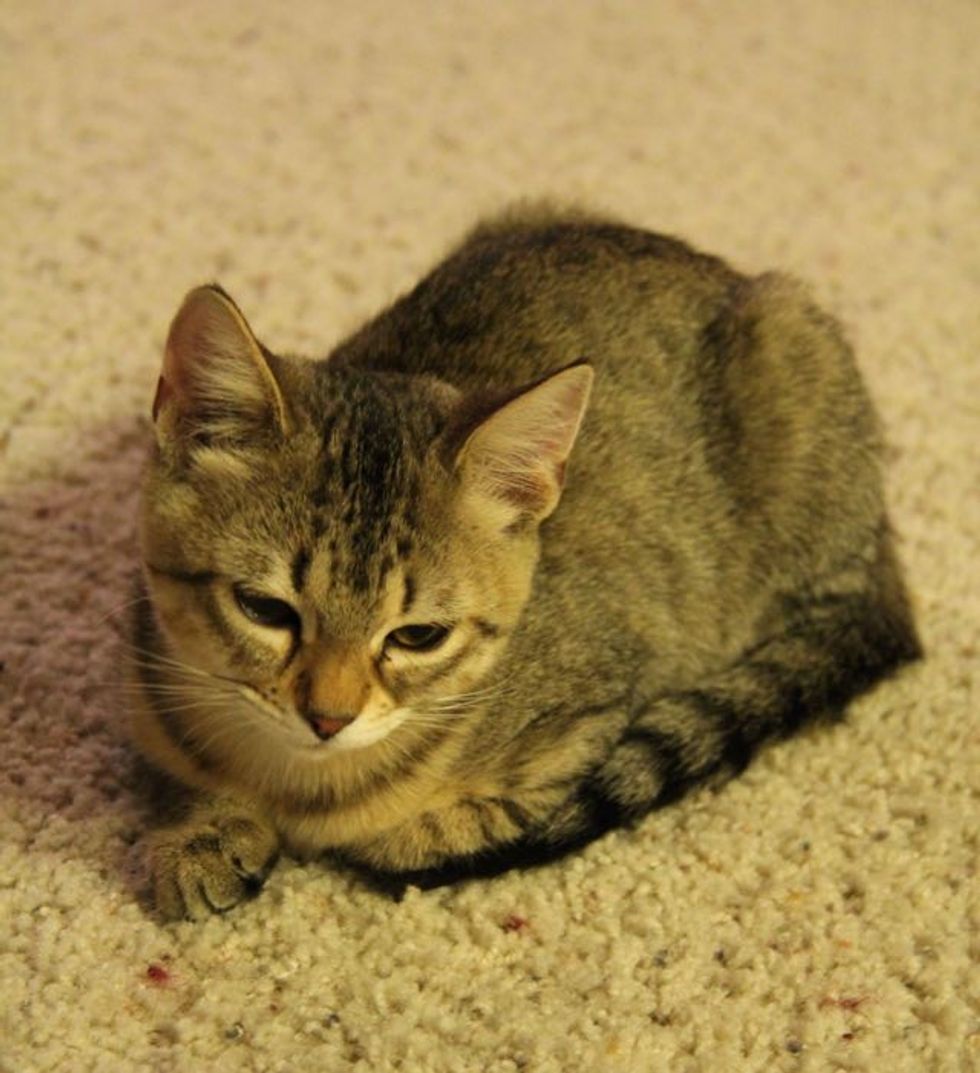 And this is Blake. 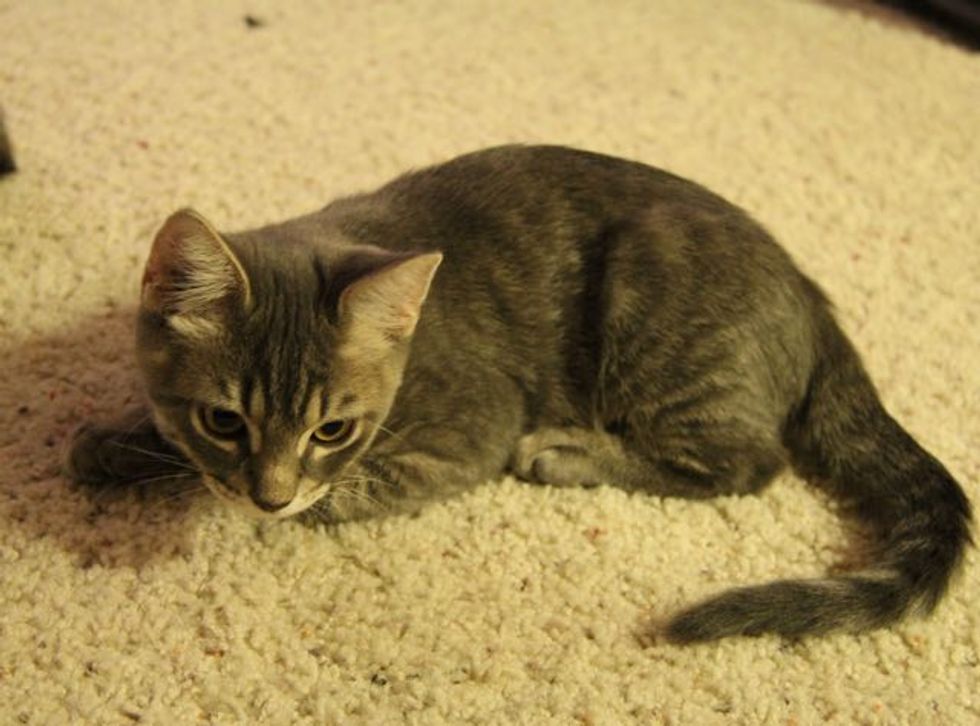 They like to share a bed with their human dad and wake him up at 5:30 in the morning.

"3 days trapping; 3 months domesticating, and 3 cats I can't do without!" 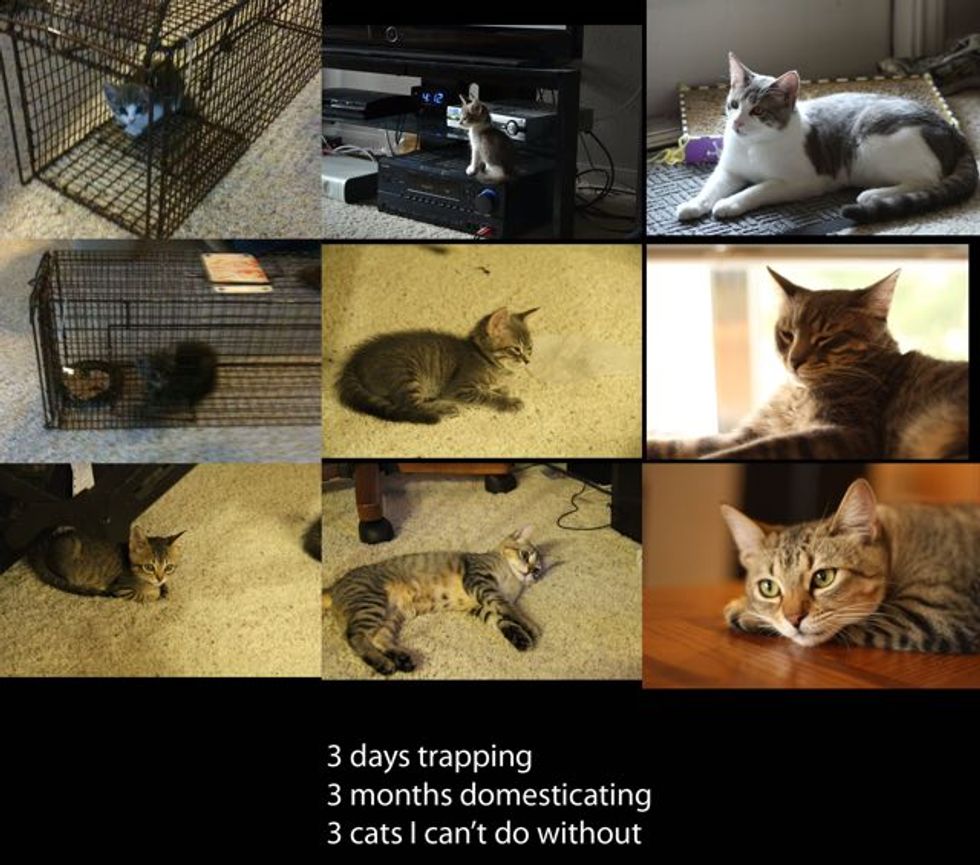 WATCH VIDEO: Same toy ball from the previous video, but the kitties are all grown up!

Related story: Man Went into Woods but Came Out with a Cat He Rescued