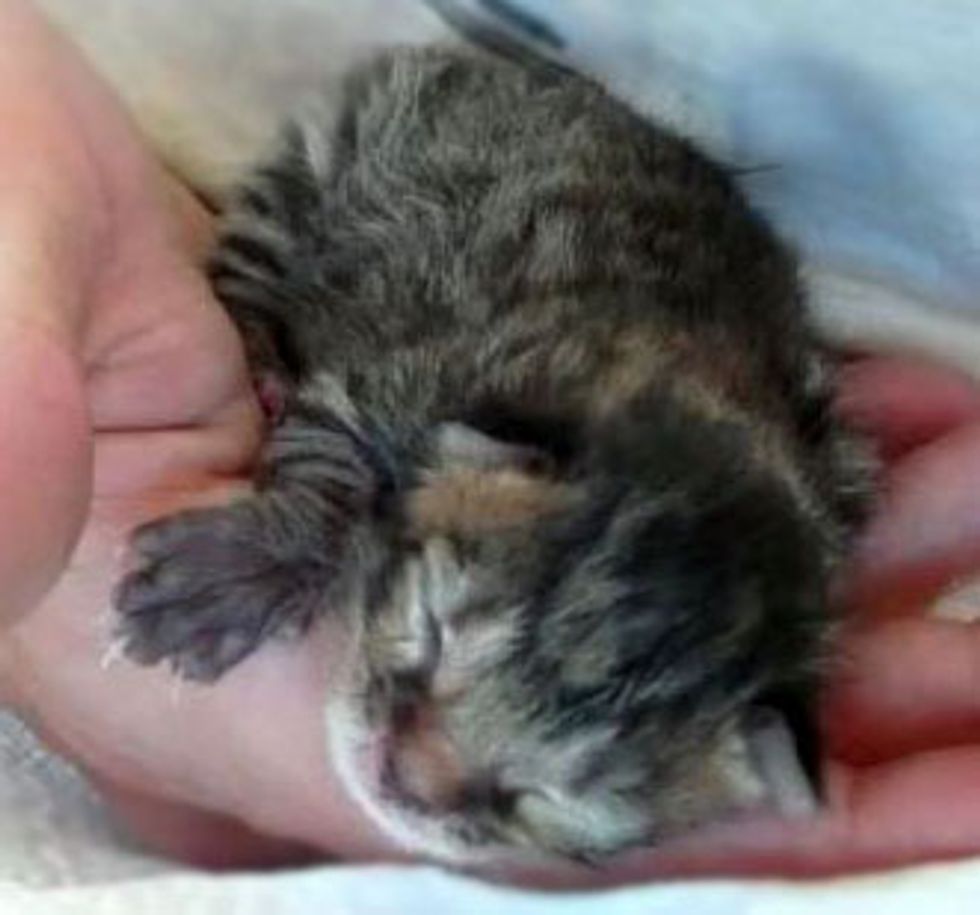 David Dixon and Paul Ortega from California rescued four abandoned new born kittens from a trash bag near Palm Springs Elementary School back in March last year. Two of the kittens survived and recently they just turned one year old.

"They have a bond both to us and to each other that I've never seen before, and I've had cats since I was a kid. Quite simply, they are a gift, and they make us laugh every day," said David.

"The day we found the kittens I was scheduled to go to an antique car show (one of my passions). I really struggled with making the decision not to go, but within about a half hour while Paul shopped for a heating pad and Pedialyte and kitten formula, I'd named them Scooter & Dixie after two dogs. After that I never regretted missing that car show."

The next day, Scooter and Dixie were taken to the vet, but the doctor was not very reassuring. According to David, he said "These kittens can't be more than two days old, and you and I are just not equipped to do everything for them. Sometimes they just don't make it. I just want you to know what you're up against."

"When they were six months old and we took them in for our check up, he apologized for not being more encouraging," David added.

Ever since their story was told over the internet, they received a lot of responses. "Total strangers have sent us the nicest emails and notes, as though we did something extraordinary. I would hope that anyone else would do the same thing under the same circumstances. Hard work reaps the greatest rewards, and I'm hopeful that Scooter and Dixie's story can be used to raise awareness about the importance of spaying and neutering pets so that there are no unwanted litters. I'm hopeful that one day soon no one will have to worry about finding a trash bag containing newborn animals."