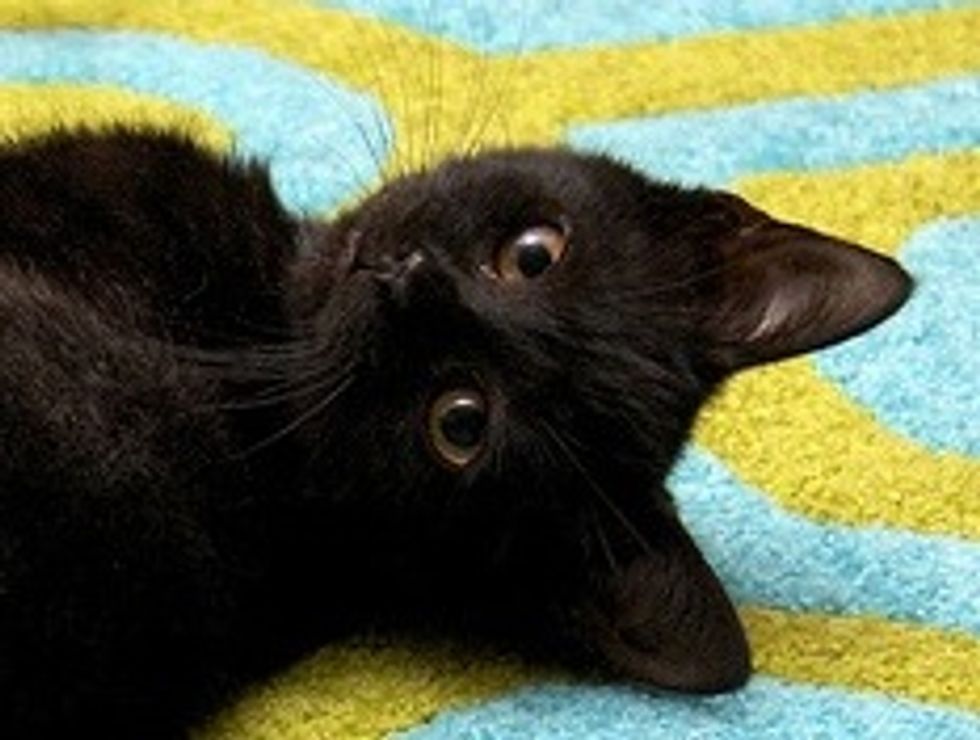 Midnight the Rescue Looking for a Forever Home

Michelle noticed a tiny, sick kitten on her way to the park. Midnight was living in between a fried chicken shop and a run-down apartment building. Everyday around noon she tried to nap in the sun in a patch of dirt next to a busy intersection. She was clearly in distress, with a badly infected eye and very underfed.

It took almost a week, but Michelle and friends finally caught her. They climbed around a rat-infested basement for three nights before they finally had to get a professional animal trapper to help. We were worried she would be too feral already (we guessed she was over 2 months old), but as it happens she is the sweetest kitten I have ever seen.

At first she was very timid and hid in her little box, but as soon as we picked her up the purr machine turned on and she demanded to be brushed and petted! She was so grateful to be safe and warm and getting medicine. I know she wouldn't have made it much longer on her own, she was extremely sick from living on trash and chicken bones.

It's clear that Midnight always wanted a home of her own. She came litter trained and she only prefers to scratch the post. She has never bitten or scratched us, even when she was very scared. Sometimes I wake up in the night to find her licking my hand though!

Midnight and Fritz have a special friendship. The other cats kind if seem relieved that Fritz has a playmate and doesn't pounce them as much. Midnight clearly thinks Fritz is the greatest cat in the world and carefully studies everything he does -- and I'm pretty sure I've caught Fritz showing off for her. Fritz has always wanted a fan.

Hopefully we will find a permanent home for Midnight soon! It's clear she's a tiny alpha-cat in training, so wherever she goes, she is going to be the boss.

Midnight is located in Brooklyn, New York. If you are interested in adopting Midnight,  feel free to contact Theresa or Love Meow.