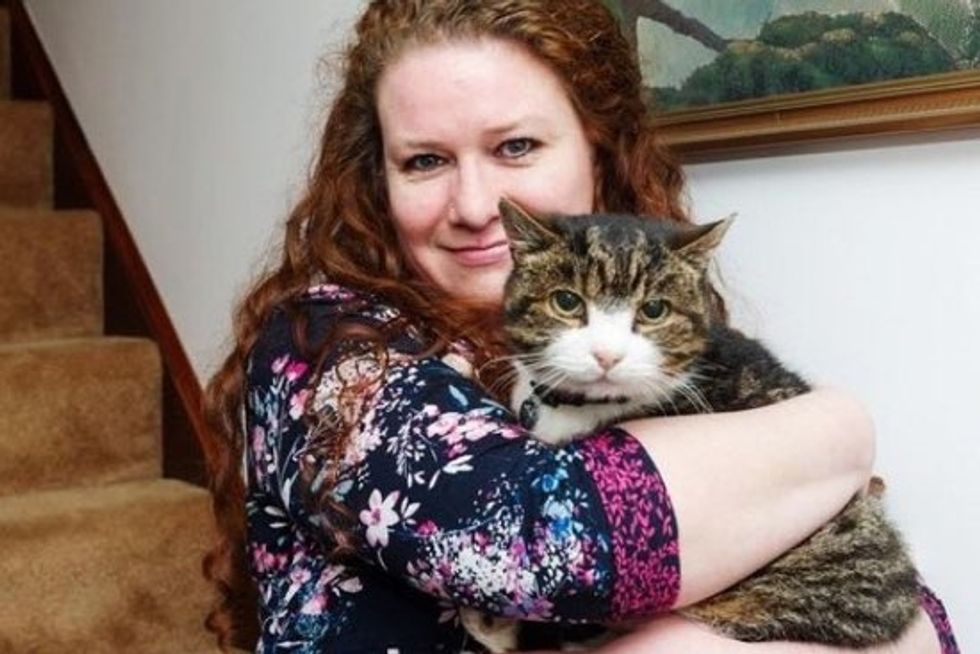 Missing Cat Reunited With His Owner After 12 Years

Toby the cat who went missing 12 years ago has been reunited with his human, Jemma Lough. He disappeared from his home in Braintree Essex back in 2002.

More than a decade later, Toby was found and thought to be a stray. When a vet scanned his microchip, they discovered the owner’s contact details. “It was a bit of a shock, I couldn’t believe the phone call. I’ve never had anything like this,” Lough told BBC Essex.

"When I took the call initially, I was shaking. There were a lot of tears when I first went to see him, it was overwhelming."

Toby, now 16, was reunited with his human mom and his cat mother, Jackie, 18. "He walked over and licked his mom’s head when he saw her again for the first time," she added.

"He was being very well looked after. The vets checked him over and we went down two days later and picked him up." (BBC)

Lough kept Toby’s microchip information up to date after he went missing, which helped the vet find his owner.

"I wish he could tell me where he’s been. His feet which were white are little bit gray, so you can tell he’s been living outside," she said. "For me, it’s like he’s the same cat. He looks a bit older, but he’s got the same personality."

Toby the cat vanished from his home back in 2002. 12 years later, he was reunited with his human. "When I took the call initially, I was shaking. There were a lot of tears when I first went to see him, it was overwhelming." 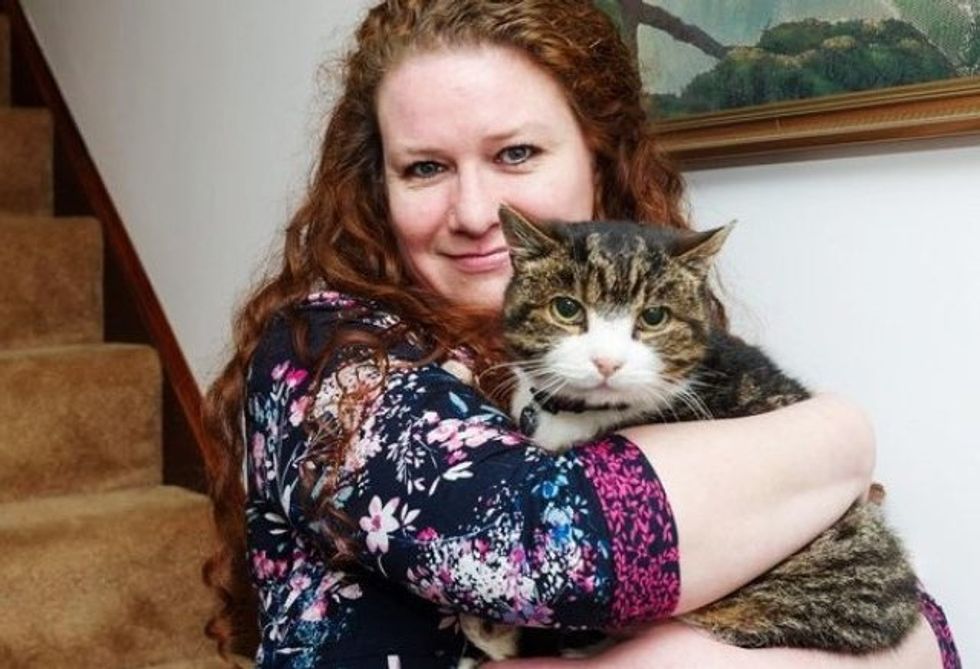 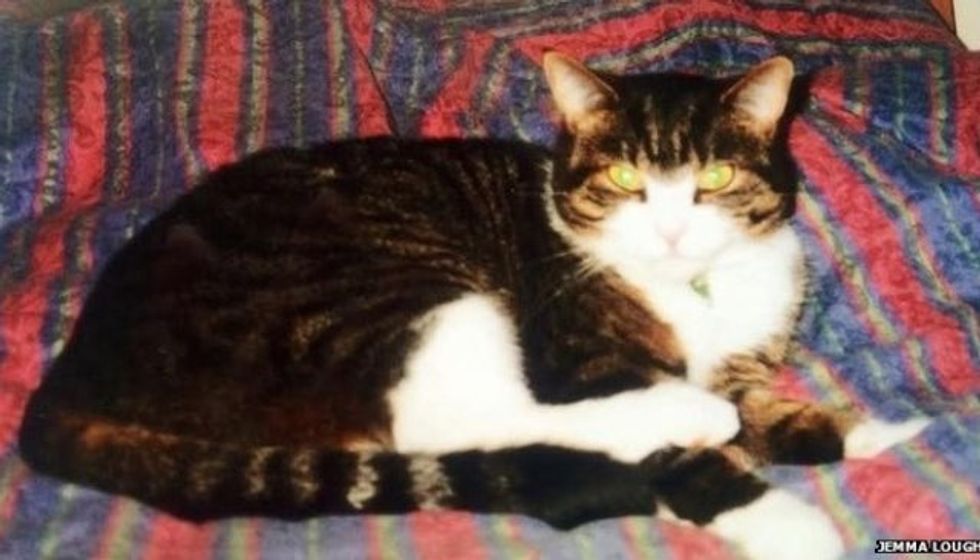 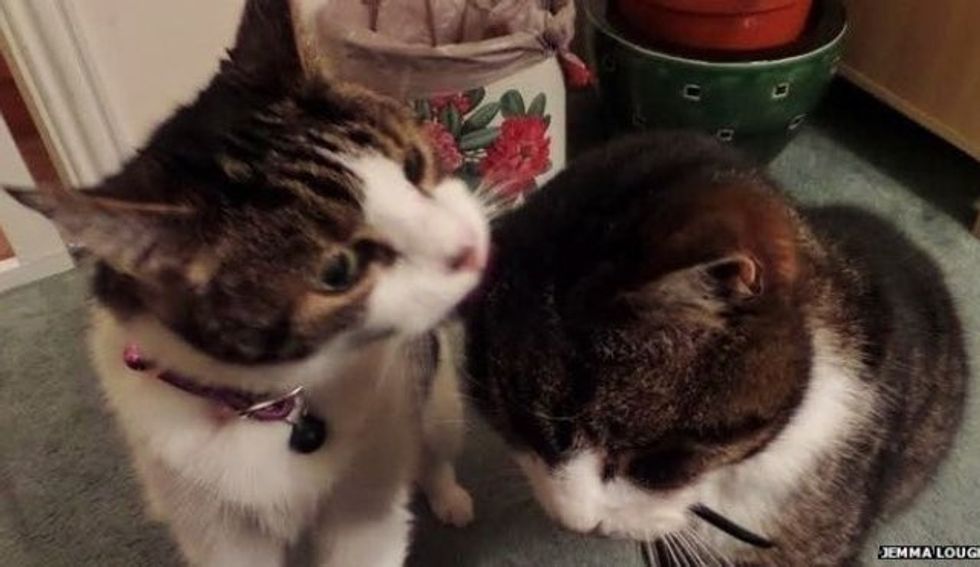 It was a wonderful reunion. 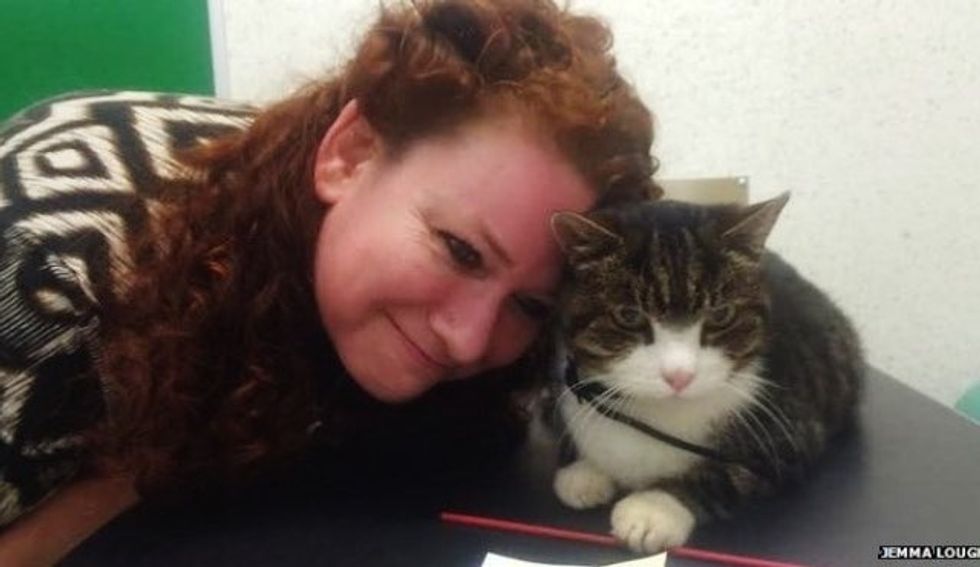