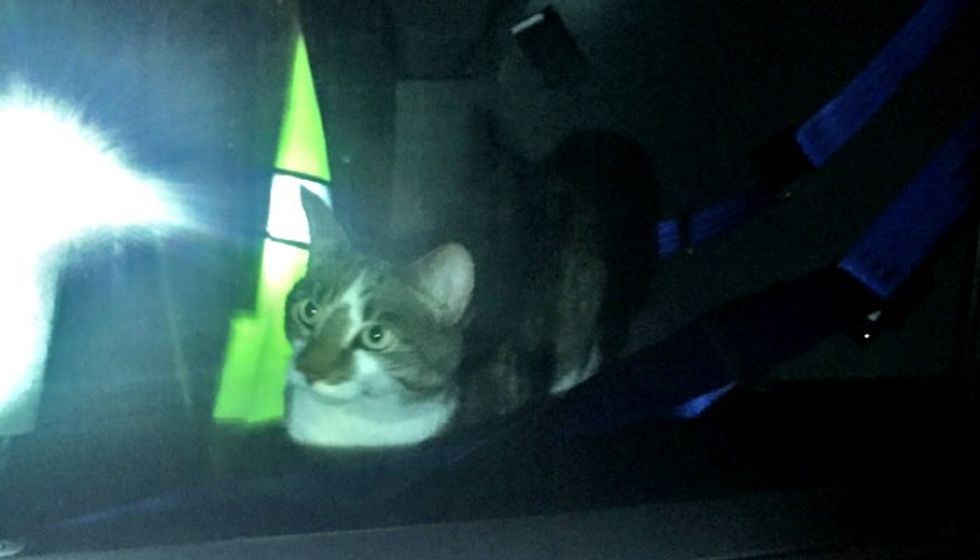 A cat sneaked out of his house last weekend, but ended up being escorted home in the back of a police squad car 30 hours later. "I didn't call the cops because he was missing... Our Police Department was not out searching for a missing cat," reddit user bananawith3legs said.

Photo by the Police

Toby the cat escaped last Sunday evening. The family had no luck finding him in the neighborhood until the second night a neighbor on the street behind the family heard a cat crying in their basement and called the cops.

"They rescued him and matched him to his picture on our town's animal control Facebook," where the family reported their missing cat to. (More: reddit)

Photo by the Police

It was late at night and the family was sleeping at the time when the cops knocked on their door to give them news about their missing cat.

"We were so devastated he was missing and we never expected him to return like this! It was the perfect homecoming!"

"I think the cop enjoyed this almost as much as we did," the family said via reddit. "(Toby) was purring, loudly! He was happy to be back with people he knew."

Toby snuggling with his best friend.

The purrfect homecoming!! Share this story with your friends!