No One Wanted This Fearful Cat But Woman Took Her Home and Changed Everything...

No one wanted to adopt this very shy cat because of her fear of humans. She waited for years until a young woman came to her and gave her a home. 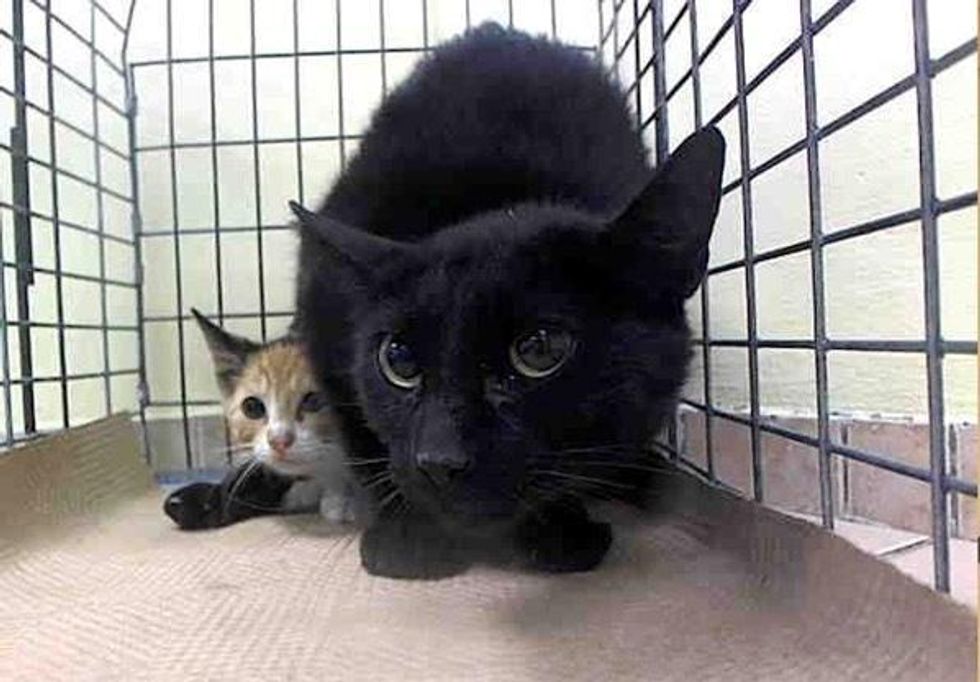 "She was found as a stray with a litter of kittens on the streets of NYC. All of her kittens were adopted before her and thus, she was sent to a high-kill shelter," Ayame's human said.

Sadly Ayame was scheduled to be put to sleep until a local rescue group saw her plight and rushed to save her. "24 hours before she was supposed to be euthanized, a rescue group saved her and sent her to a foster home."

They also pulled another kitten along with Ayame from the shelter, so both lives were saved that day!

The beautiful panther girl was still very fearful and over the next three years, she couldn't find a forever home and would shy away from any potential adopters. The rescuers knew that she just needed a chance to experience love.

On September 10, 2016, a young woman was looking to adopt a cat. She asked for a "non-clingy cat", and the rescue group immediately thought about Ayame. She said "Yes" and took her home that day. 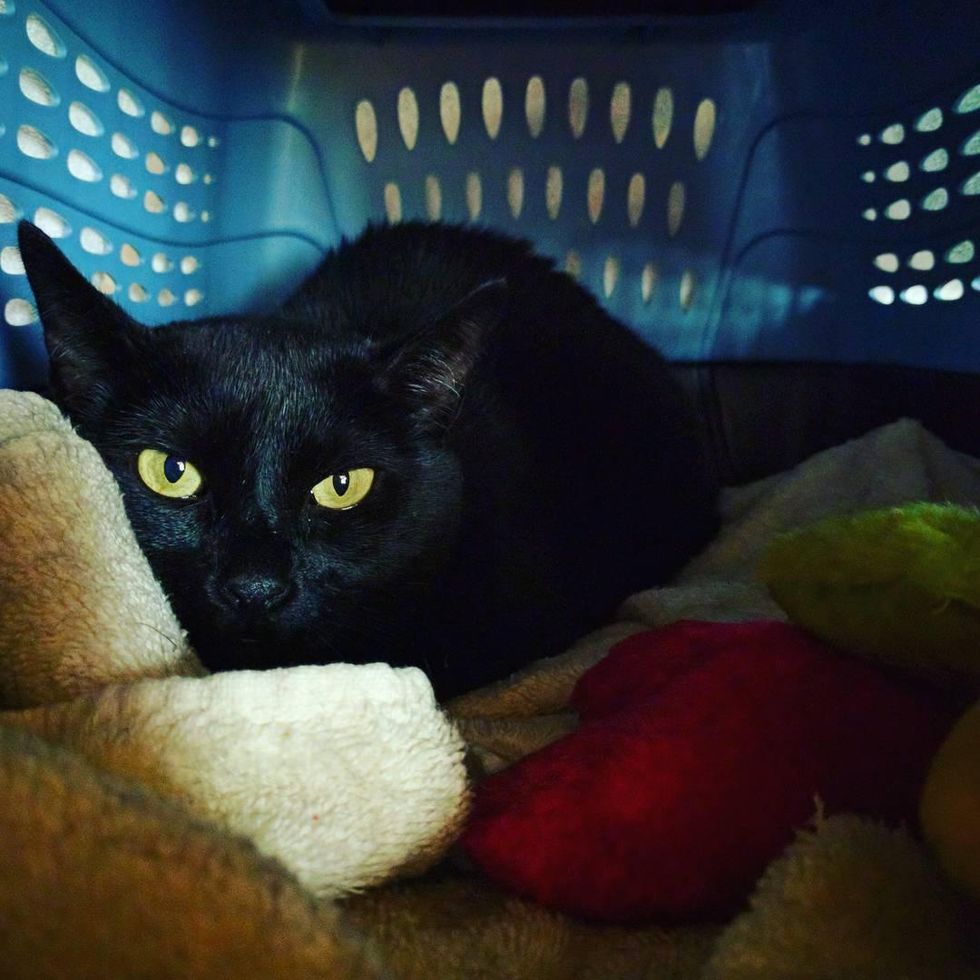 She named her Ayame, an Iris flower in Japanese. "My family has a naming scheme for our cats where we name them after a plant from the season we got them."

First day in her new home. Ayame spent most of her time under her human's bed. She refused to come out. 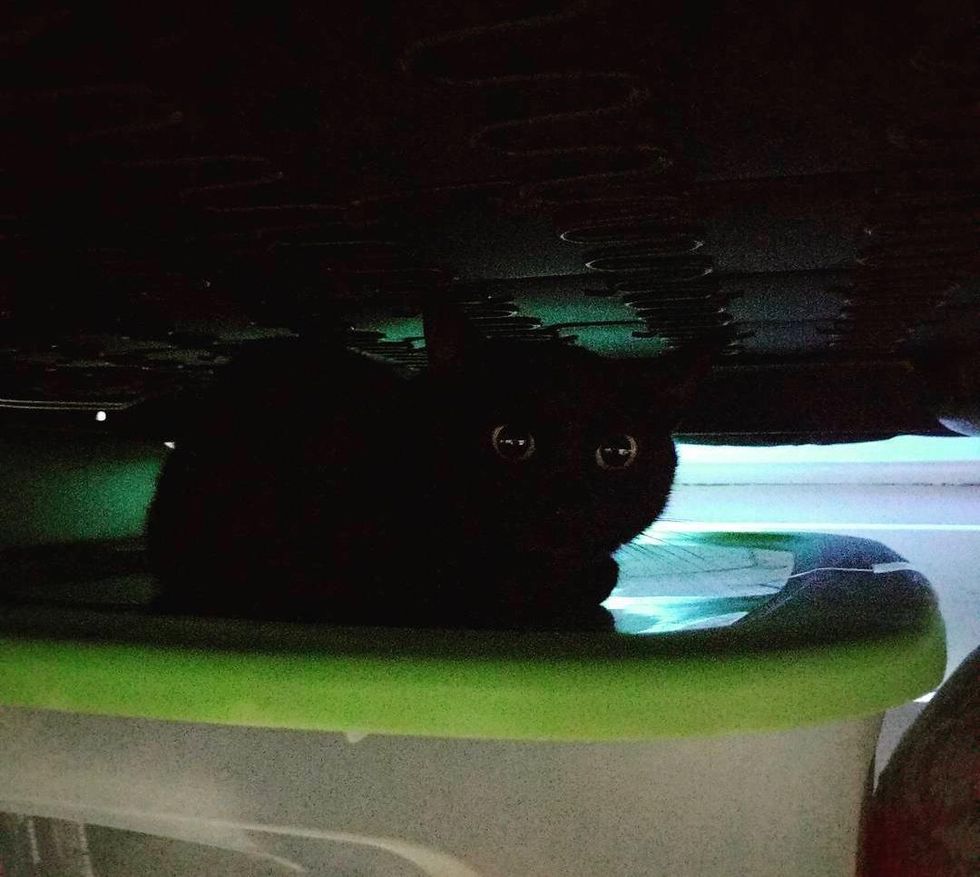 Five days after adoption, she learned that her new home wasn't that bad and decided to come out from hiding to eat instead of having her meals under the bed.

"Slowly but surely learning to trust."

Two months later, she warmed up to her human mom and decided that she was OK. Ayame became a little supurrvisor that day and would watch her human run errands around the house.

"I still can't pet her normally and she's still slightly afraid but she has made incredible progress!" 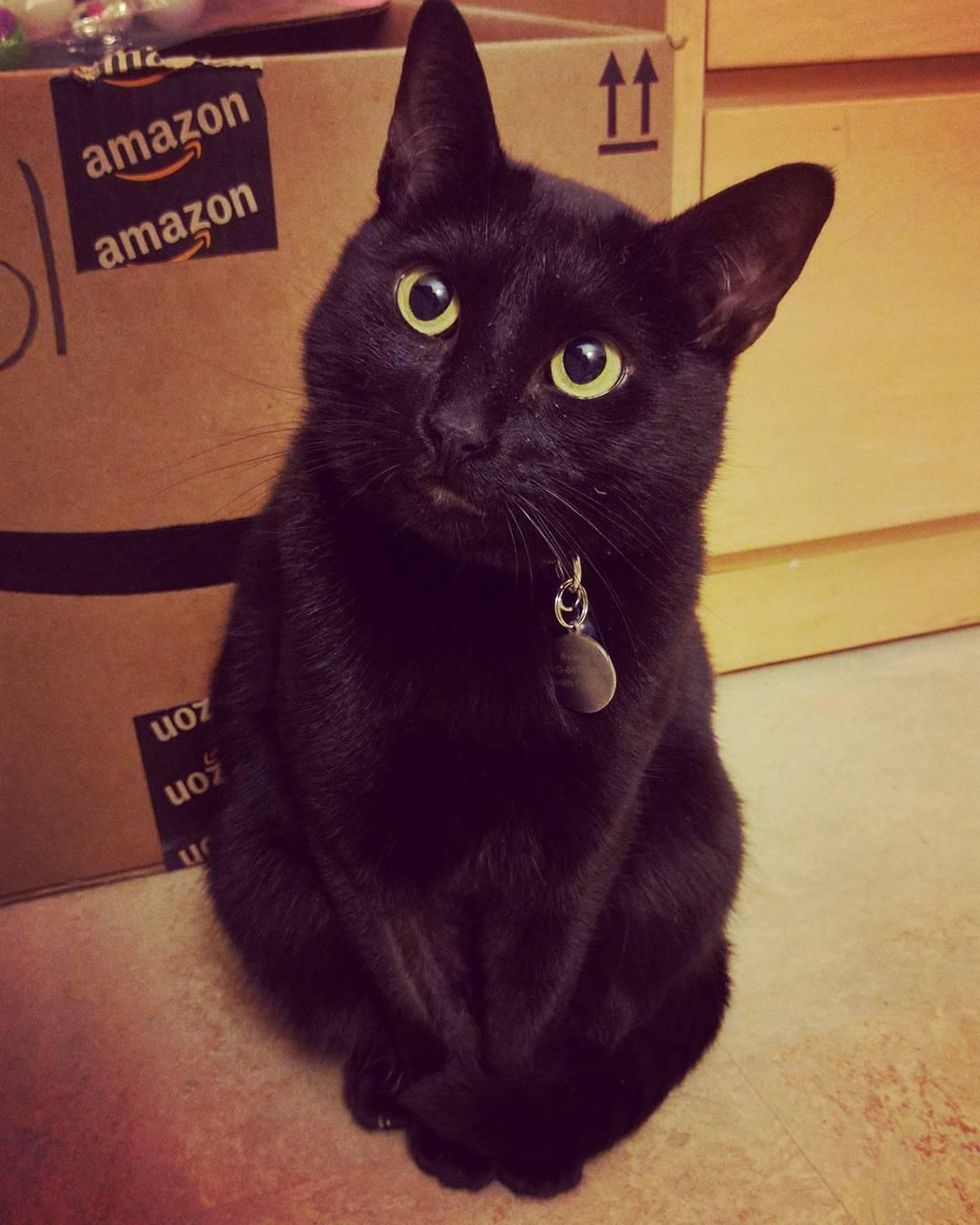 She no longer hid from her human mom and was coming out of her shell.

Ayame loves clean laundry and likes to sit in the dresser or use it as her bed. 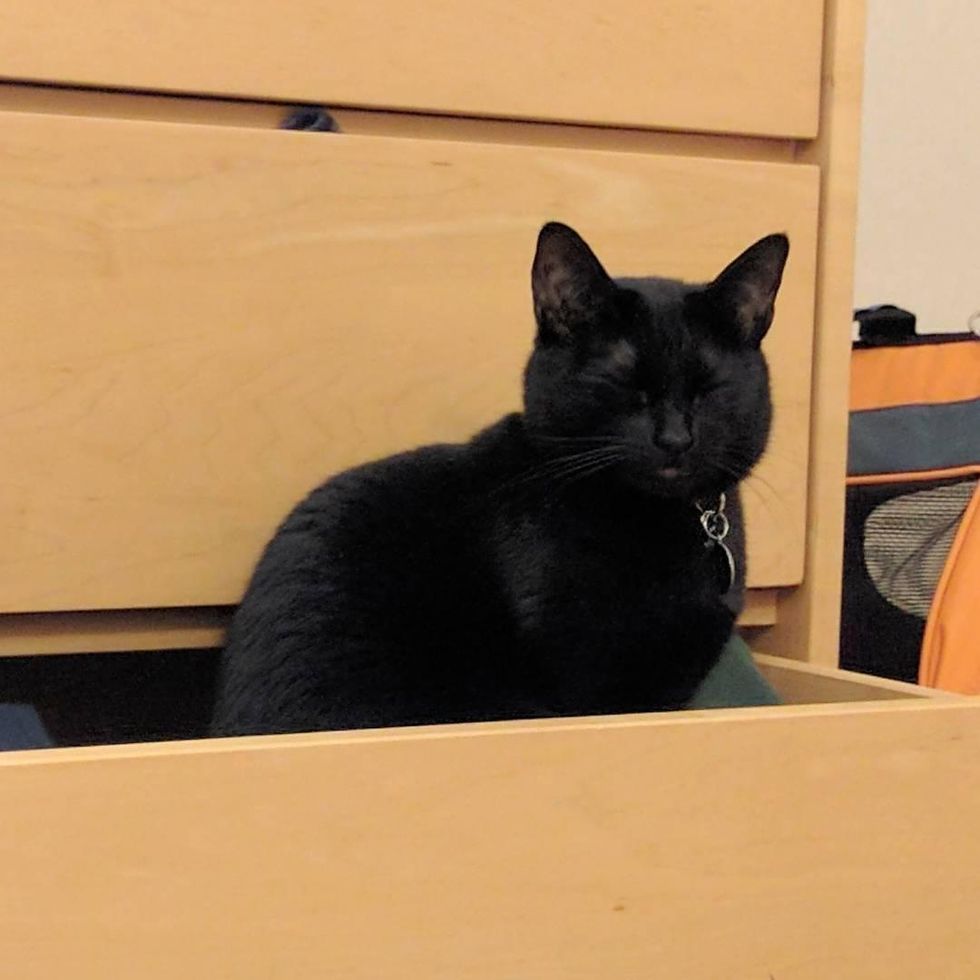 Over the next few months, the shy kitty still wouldn't allow pets, but her human never gave up trying.

Every baby step she made brought joy to her family. They knew Ayame would learn to love. She just needed a bit more time. 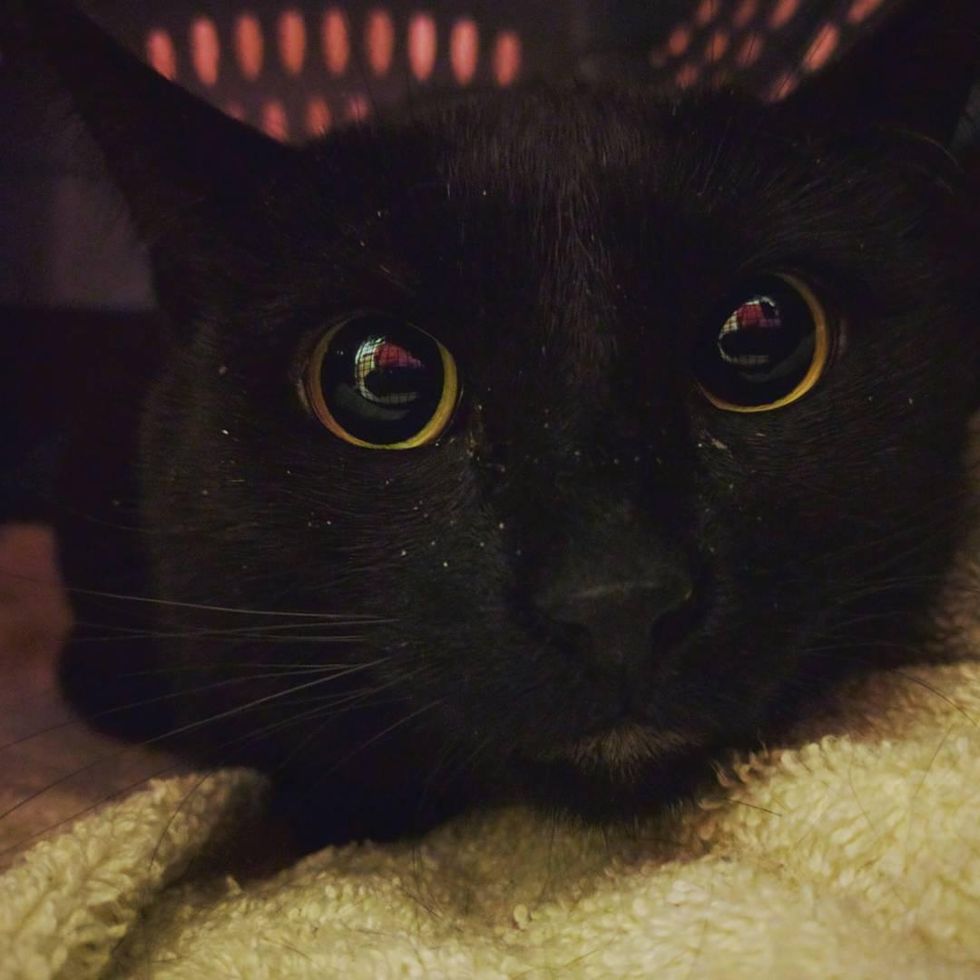 Ayame cuddled with her human's earmuffs one day and couldn't get enough of it. 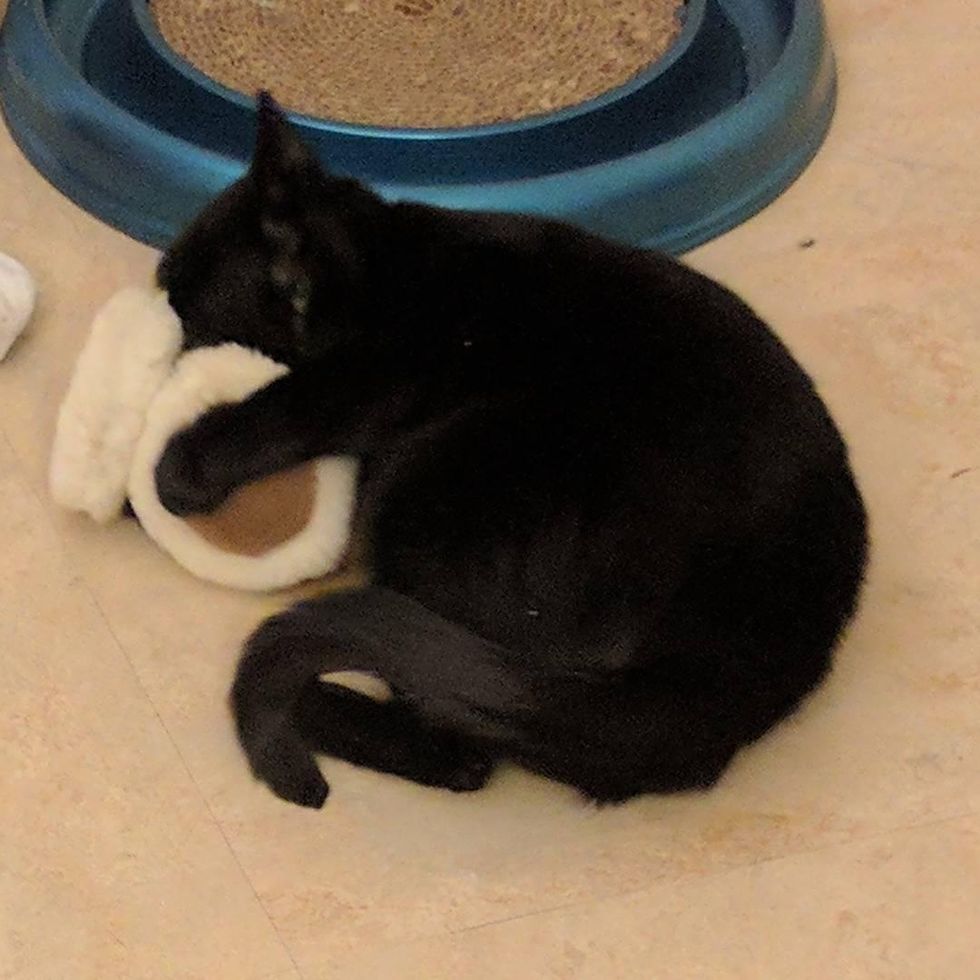 She started to cuddle with more of her human's clothing.

It was as if she was trying to show affection through her clothes. Ayame was getting closer and closer to opening her heart completely. 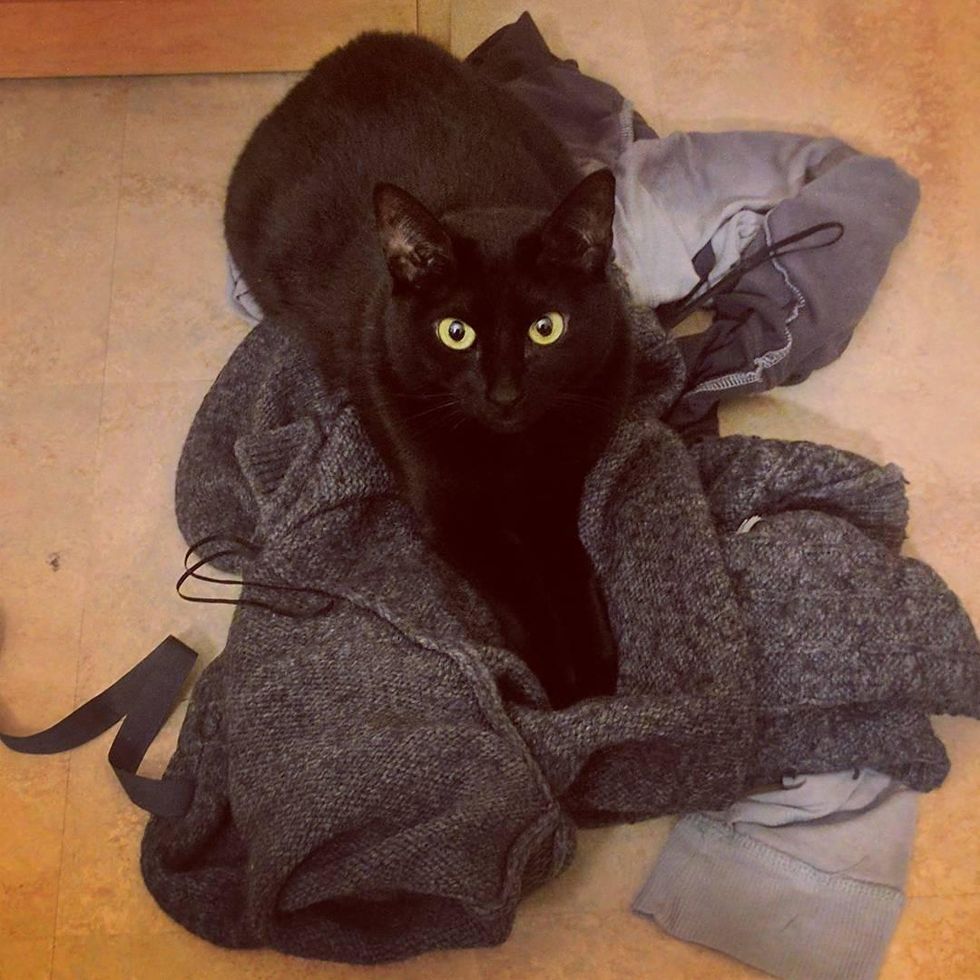 The first time she let her human pet her...

Four days ago this happened... "Getting petted like a normal kitty for the first time!"

Ayame is no longer shying away from human touch. It's been almost a year since she was rescued from death row, the fearful kitty they found has learned to love and trust.

Related story: Kitten Rescued from Death Row Misses His Mom, So Dog and Cat Offer to Be His Family..