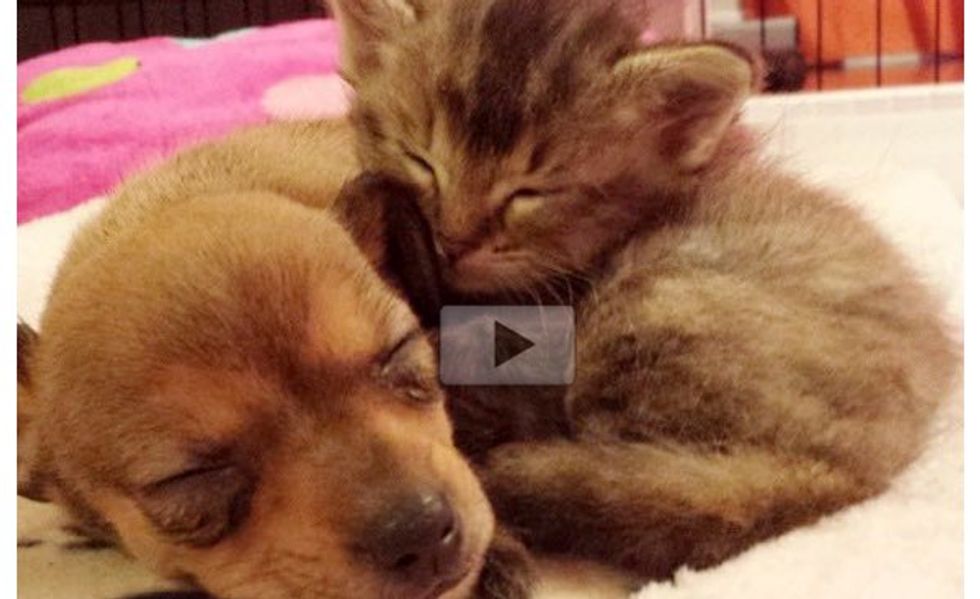 A tiny orphan kitten and an abandoned puppy found each other and became forever friends.

"Chip & Adele were both orphaned and alone, so they were paired together on March 20, 2015. They will be in foster care until they are old enough for adoption." (Chip & Adele)

Meet Adele, a tiny 4 week old kitten found as a stray wandering alone without a mother. 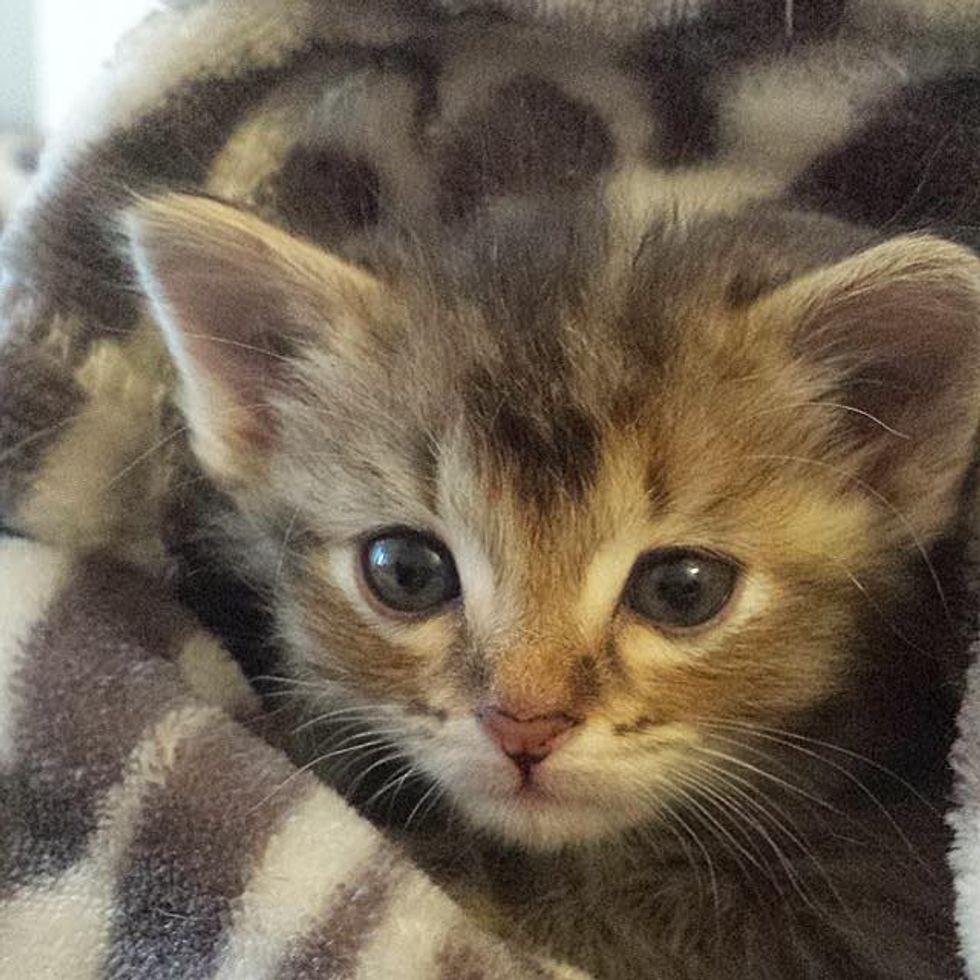 This is Chip, a 5 week old chihuahua puppy surrendered to the shelter because his owners "could not care for such a young puppy," said Natalie Buxton, the foster mom. 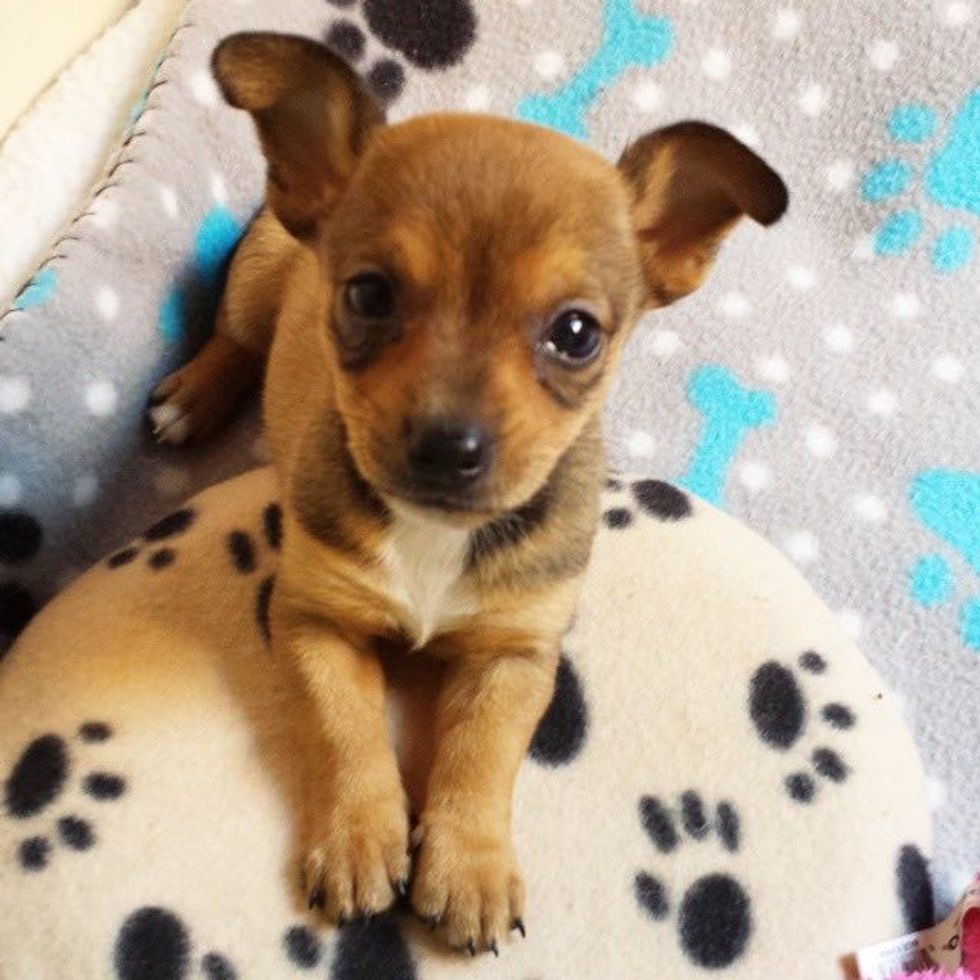 The rescue group decided to pair them together. They bonded instantly and became best friends. 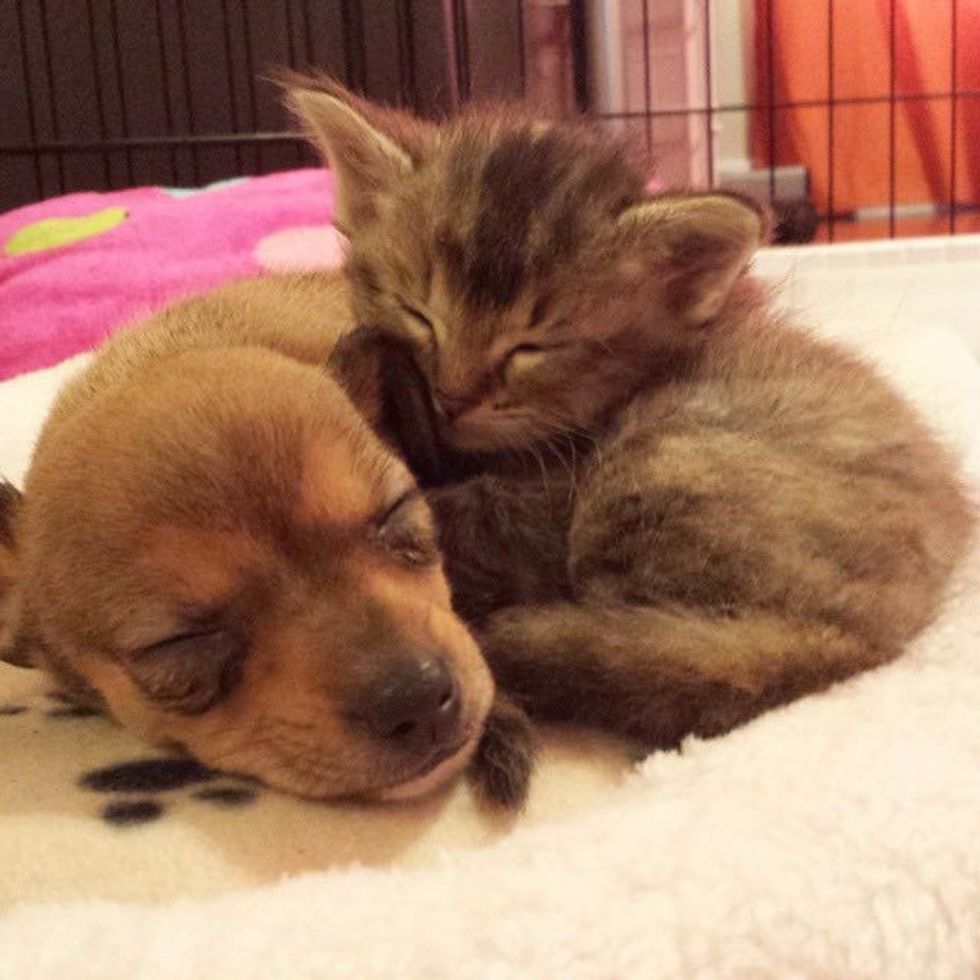 Adele loves to climb and Chip is very laid back. 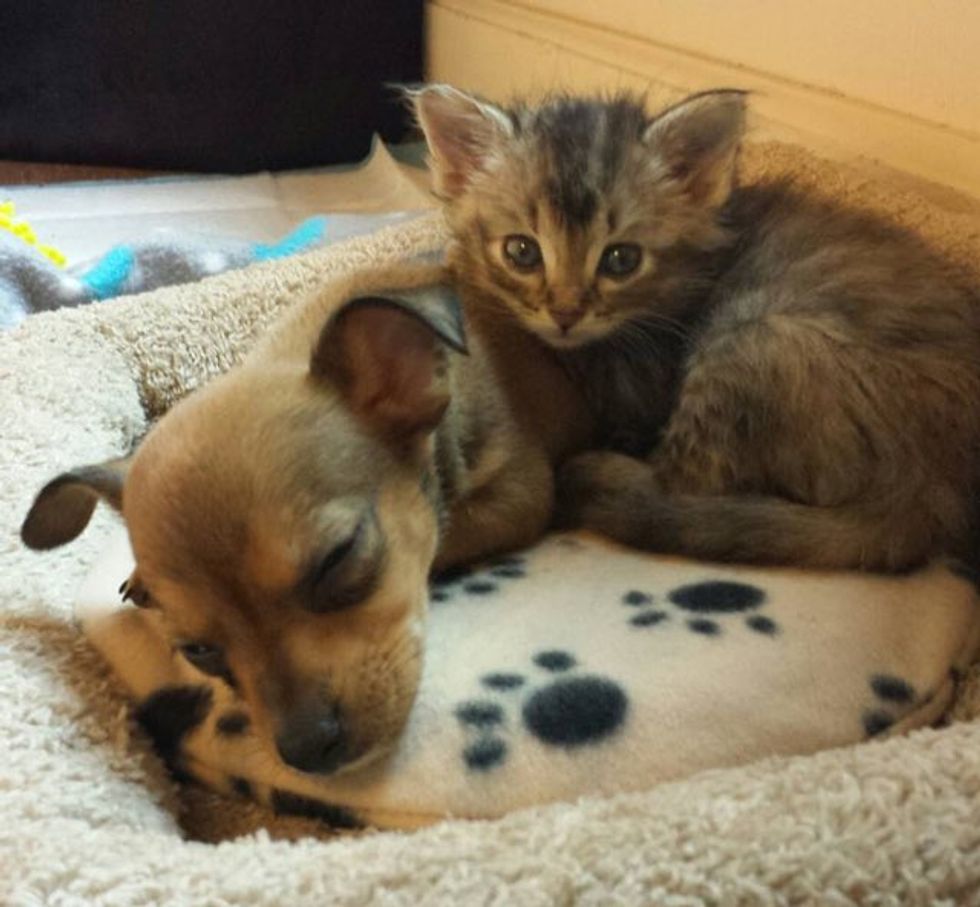 WATCH VIDEO: They do everything together. Here they are enjoying some snack.

"A puppy and kitten that age are much, much too young to be in an animal shelter," said Buxton. "Without a foster home, they wouldn’t have had a chance." 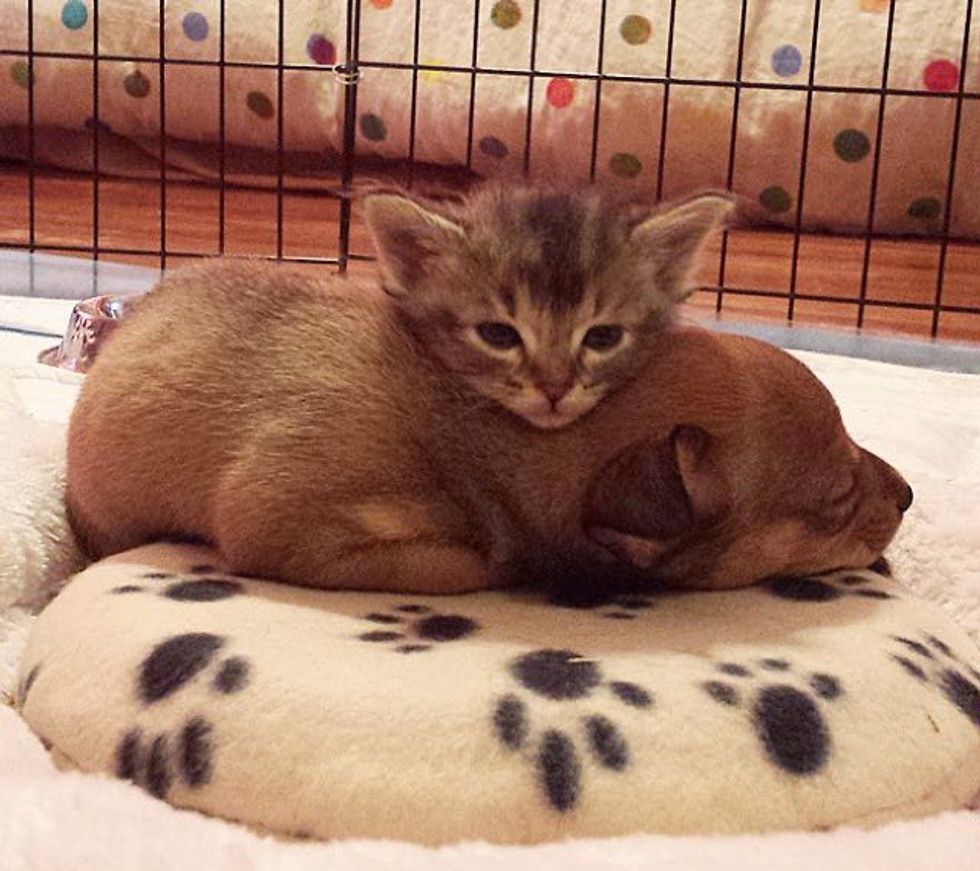 Totally inseparable. They are just waiting to be adopted together. "There's nothing sweeter than friendship!" 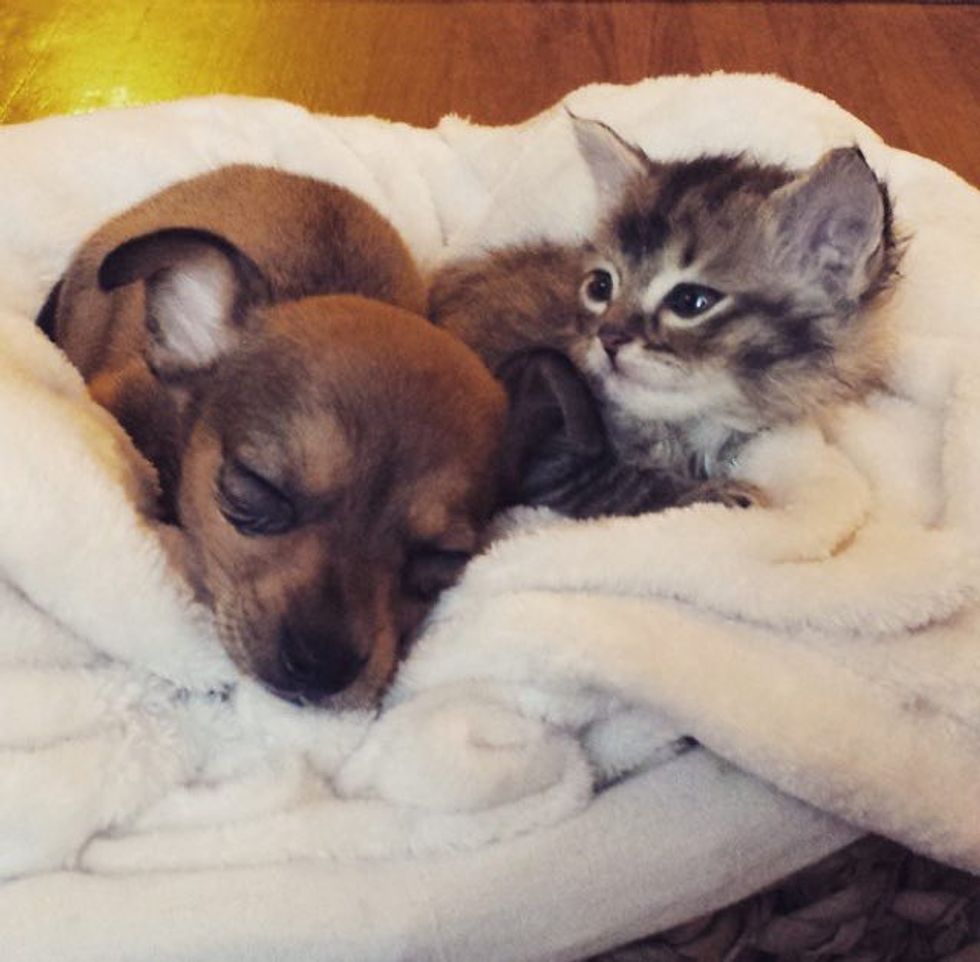 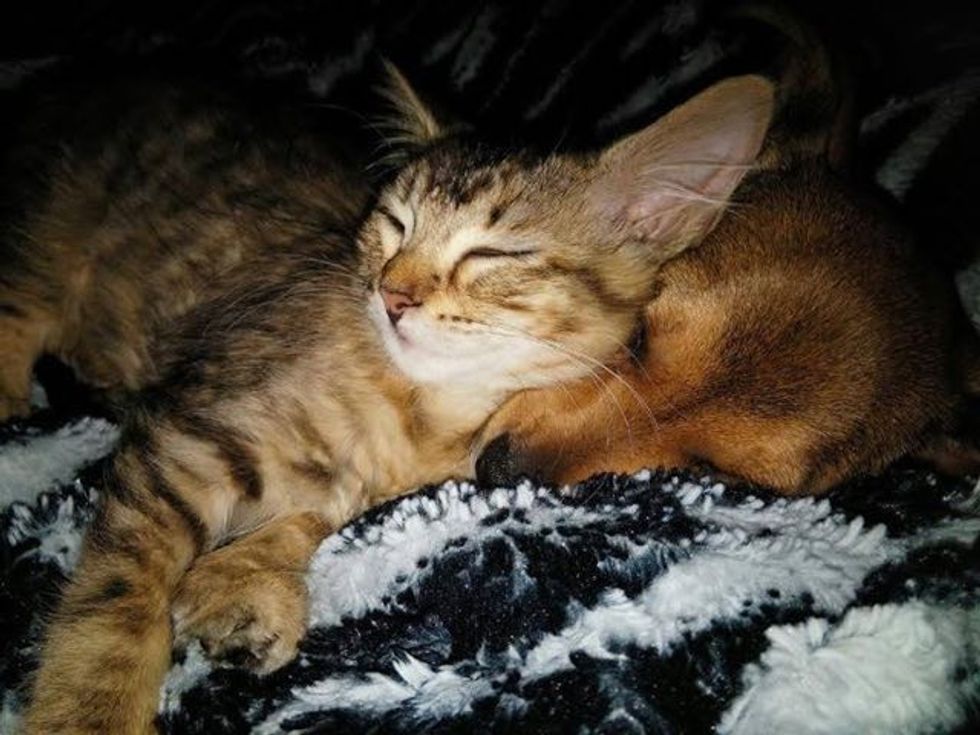 Follow Chip and Adele on Facebook. They are located in Dallas, TX and are being fostered through Operation Kindness.