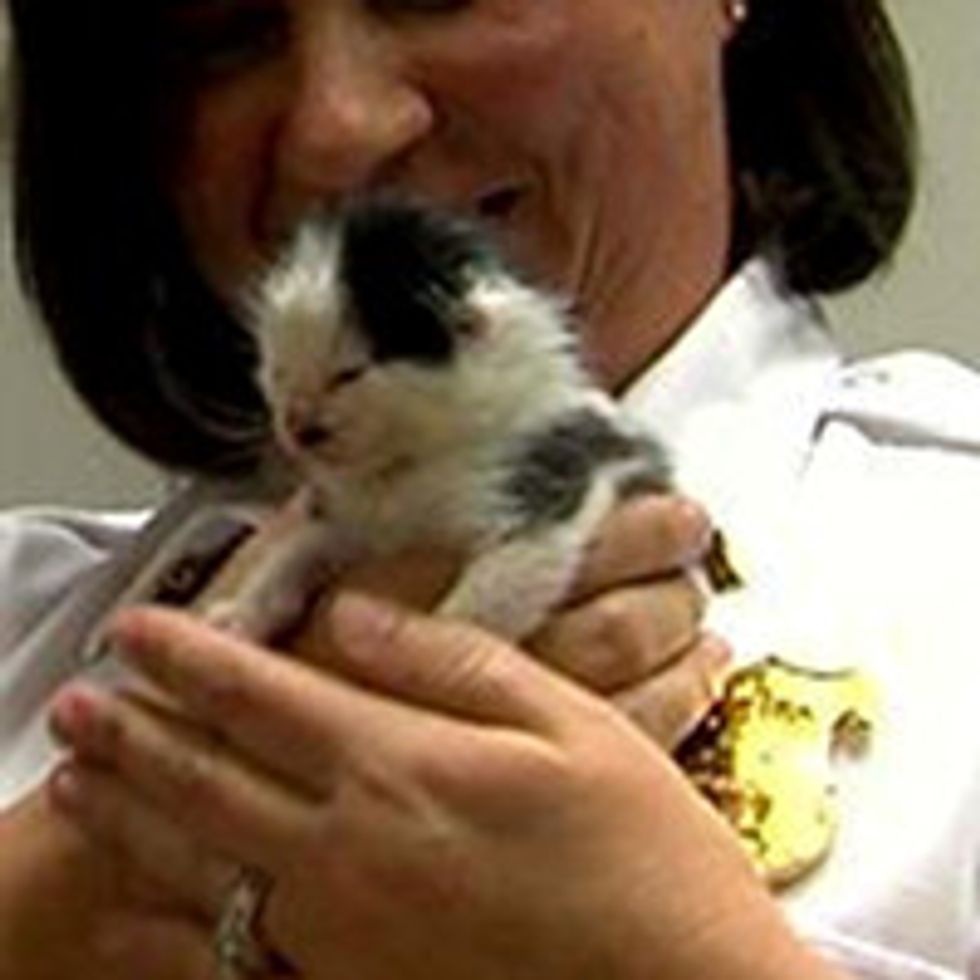 Police Save Litter Of Kittens And Help Them Find Homes

A litter of kittens were found at a construction site by Harrisburg Police. Fearing something bad might happen to the kittens if no one take them home, Harrisburg Police Captain Annette Oates offered to help. "I know I shouldn't be going to get a box of kittens. But, I didn't want anything bad to happen to them. I went and got them because I felt kinda bad."

Annette is a huge cat lover herself with various cat decorations around her office.

Her decision to help these tiny six kittens helped the police department save about $1,000 as there is a cost to drop a kitten at their local Humane Society.

"So, it would've been a hefty bill. It's great to do something positive and have a happy feeling you helped someone or helped a four-legged little creature. Right now, they're about three weeks-old and they have to be bottle fed. So, um I guess I'm going to be their adopted mother for a while… (Oreo is) mine, so there's five more."

Annette decided to help foster the kittens and adopt Oreo

By fostering the kittens herself, she helped the police department save about $1,000.

"It's great to do something positive and have a happy feeling you helped someone or helped a four-legged little creature."

Kitten Holds onto Person Who Gave Her a Chance at Life, and Becomes Affectionate Little Hugger