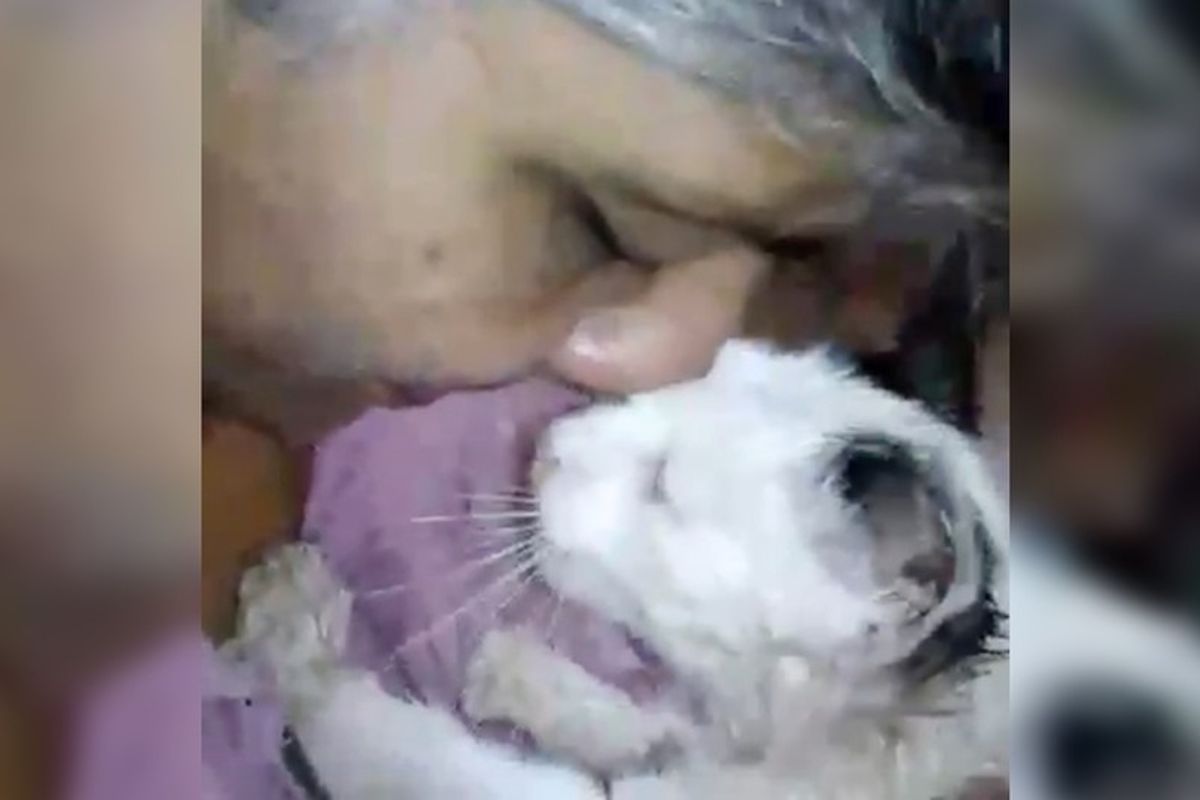 Rescued Kitty Discovers He Is Loved and Thanks His Human Loudly

An avid rescuer from Goa, India was doing TNR work for the feral colony there, when she heard the saddest kitty cry.

She immediately traced the meow to find the whereabouts of the cat. What she saw was a sickly little cat who was just skin and bones. His eyes were watery and his nose congested. The kitty desperately needed help, so she scooped him up and took him to emergency care.

"I met this kitty at the feeding place... (he looked like) newly abandoned, thin with mucky eyes and nose... I couldn't walk away," she said. 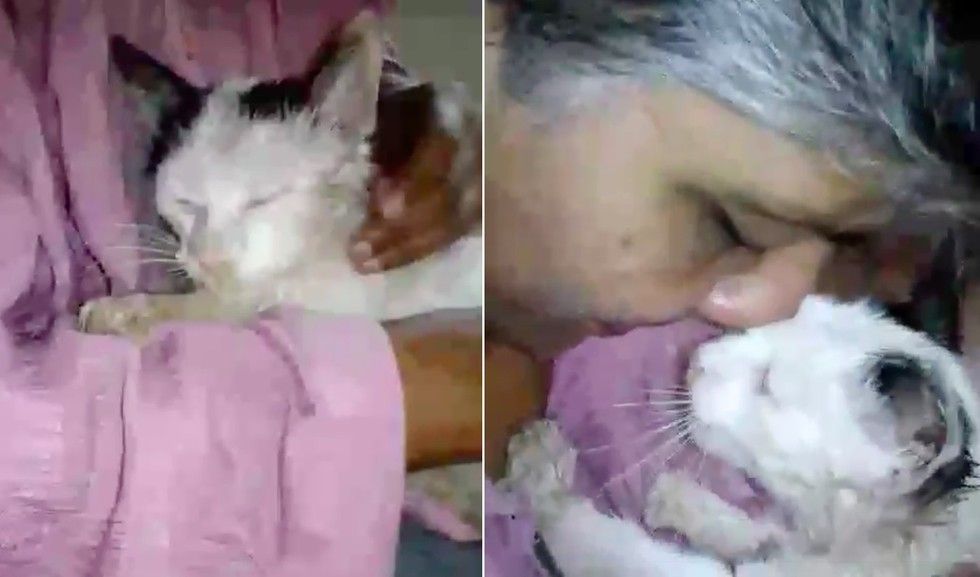 There is a huge feral population in the town of Goa. Unfortunately, it's also become the dumping ground for abandoned animals. The kind woman is doing whatever she can to rescue and care for these animals that otherwise wouldn't survive on their own.

After she took the kitty home and gave him some food that he quickly devoured, the kitty climbed into her lap and wrapped around her with both paws as if he was saying "Thank You for saving my life."

The kitty couldn't stop meowing in gratitude. He looked up into her eyes while cuddling and head bumping her, even though they just met.

The beautiful feline knew he had been given a second chance and was so grateful to be cared for at last.

She named him Mr. Fluffypants!

With a lot of love and care, the little guy quickly recovered. He likes to follow his human mom around the house and is loving life to the fullest. 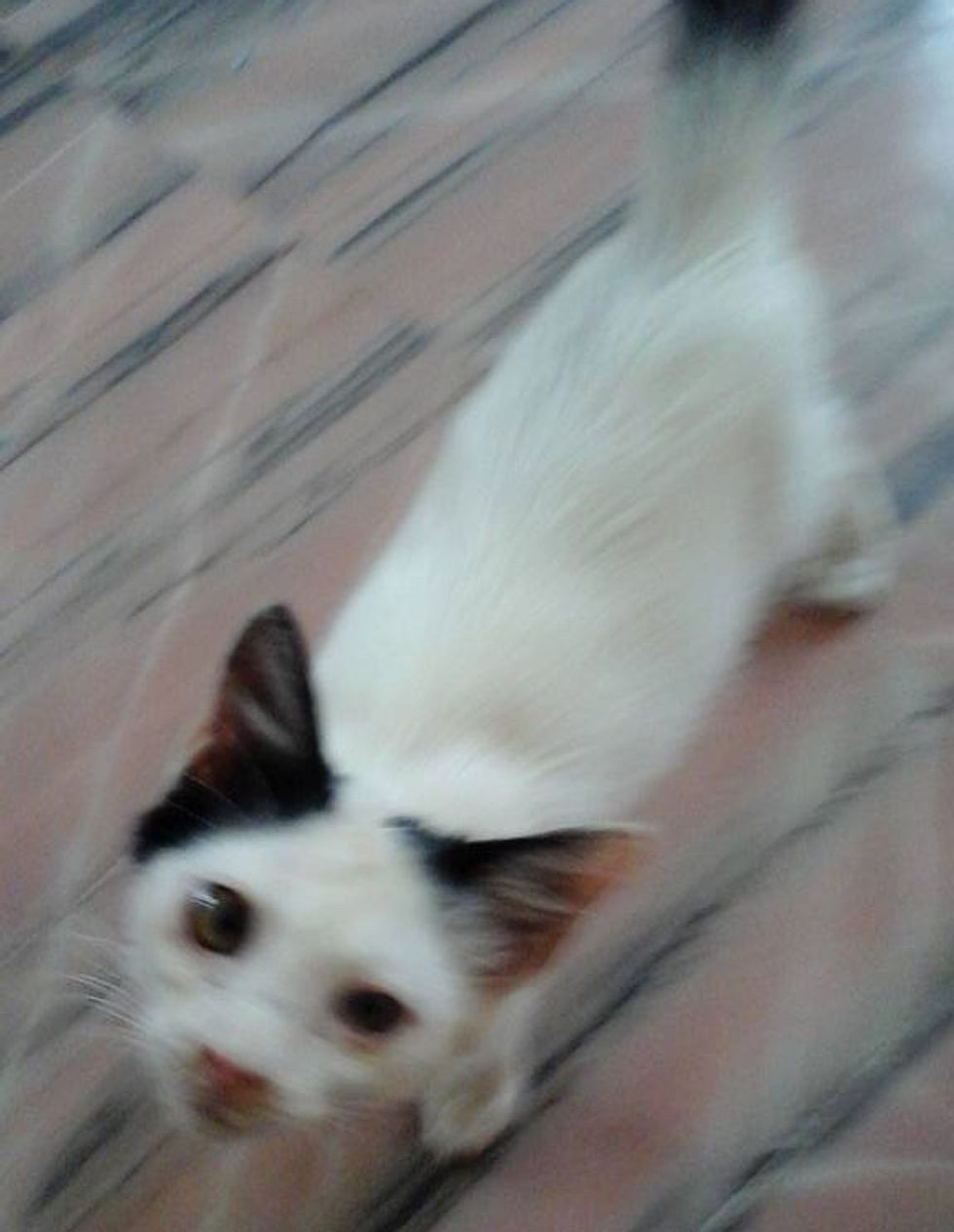 Look at him now! He's come a long way. 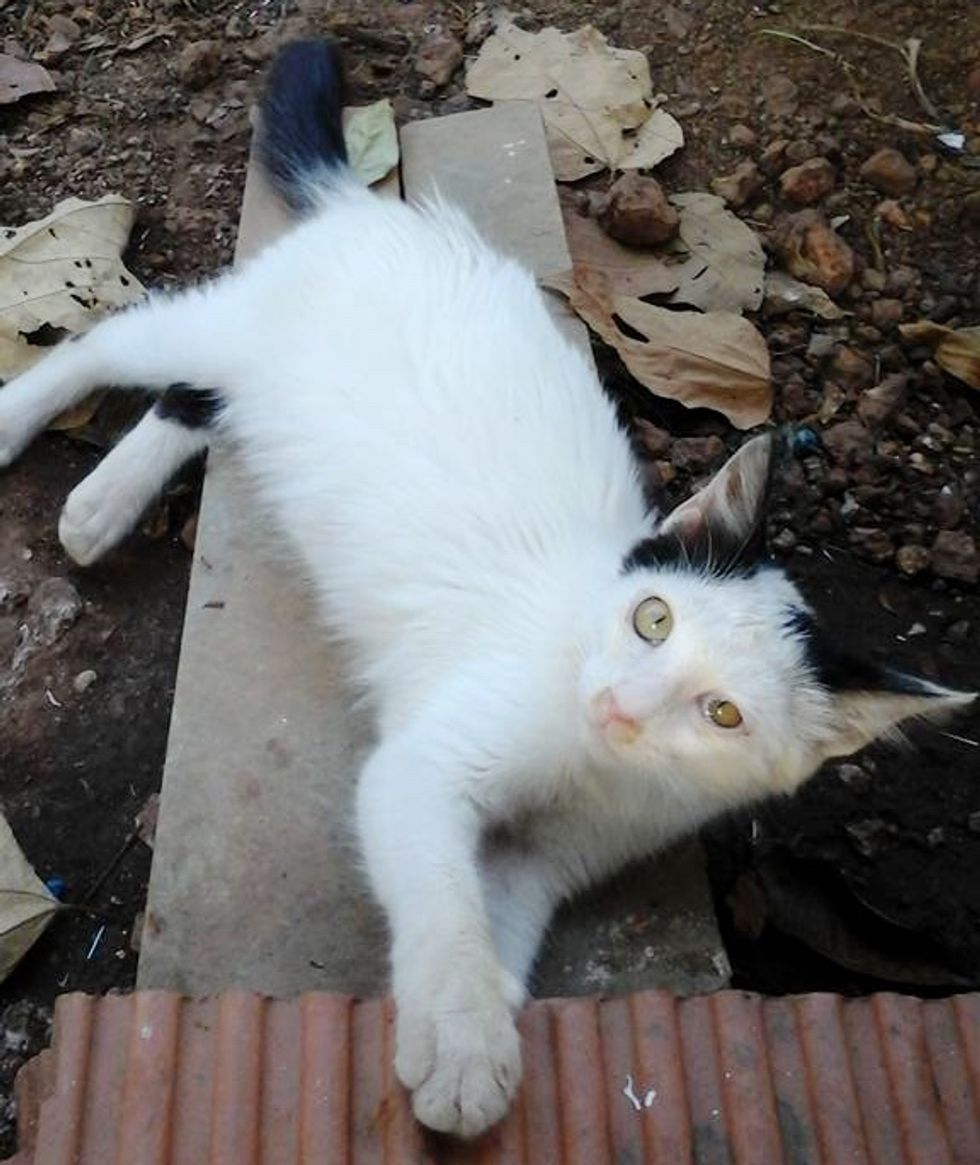