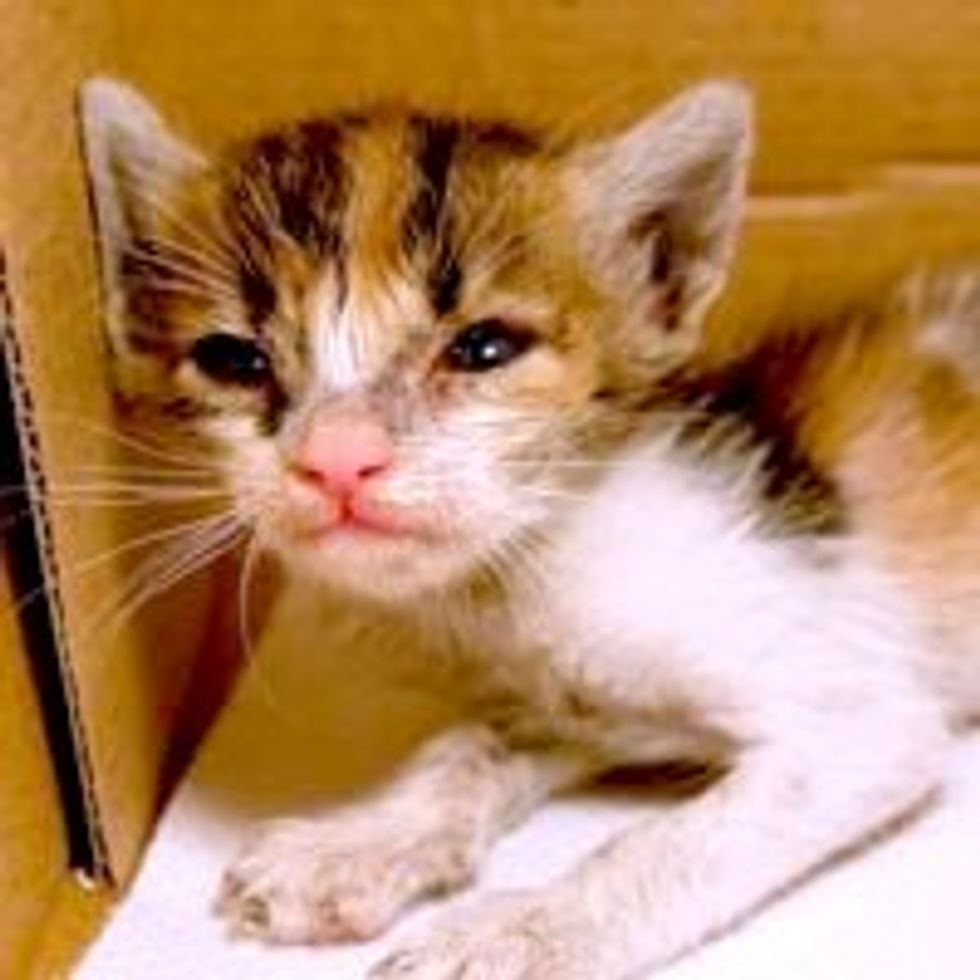 Rescue Kitty from Hopeless to Hopeful

This kitty has had an amazing transformation from a hopeless stray to a kitty that is very spoiled and loved by her family.

She was found by a stroke of luck. Kitty's dad said: "I was having dinner with my girlfriend a few blocks from where we live in Makati, Manila, at a nice Italian joint. While walking there we heard a small animal squeaking incessantly... it sounded like a bird, it was so high pitched. My girl thought it was a cat, but I scoffed at the notion, I've never heard a cat sound like that!"

After dinner they went back but on the opposite side of the street. The sound got louder as they walked and finally they saw a teeny little thing. "It was a cat, a very very tiny little kitten (2 weeks old, according to the vet who treated her the next day). I have had 2 cats already but both were older than 6 months when I got them, I've never even seen a cat this small in person before! It was soaking wet, completely filthy, severely dehydrated and underfed," he said via reddit.

They fed the kitty water and some food. "The first photo [on the left] was taken right after that. We were extremely fortunate to locate a 24 hour animal clinic just 10 minutes walk from our place, which really made the difference. There we found out 'it' was a 'she', and she was dewormed, prescribed antibiotics, vaccinations, and basically got a new lease on life," kitty's dad wrote via reddit.

Tiny kitty after the rescue

All grown up now! Happy and spoiled!