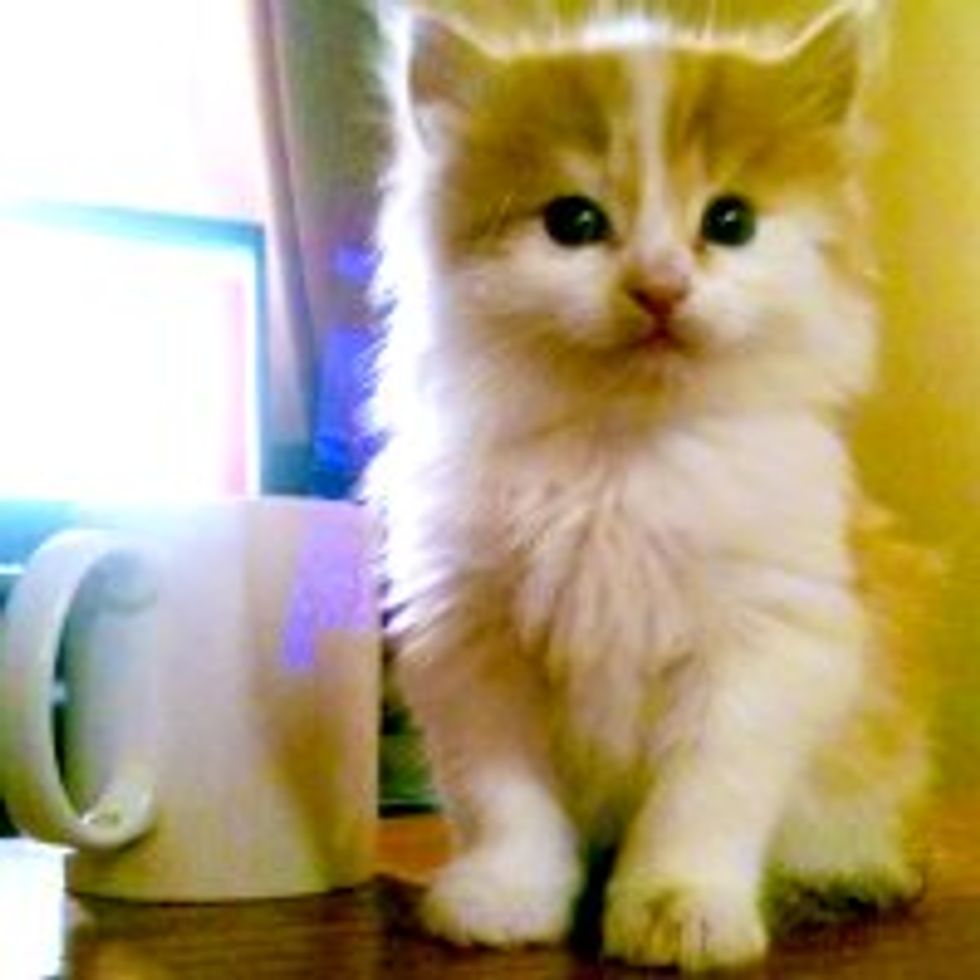 It was an early morning, Sophia spotted a tiny kitten covered in dirt, ticks, feces, and was homeless. She brought him to her best friend's and said: "I have a surprise. We must wash him now and cuddle."

They named him Roo. He was a ratty little guy when he was found in a box on the side of the road. "He was really sick when I found him and well, he had diarrhea that got all over his beautiful fur, but nevermore! Solid poops came soon after some sleep, yummy kitten food, and a warm bath," said Sophia via reddit.

"He's happy and healthy (after a trip to the vet). Growing into a big, bouncing boy," said Em, Roo's new mom. "He is actually 'big brothering' another litter of rescued kittens at the moment," and Roo is giving those kittens the motherly love he never had until he found his forever home.

After the stinky bath, sharing noms with a new furiend

He was tiny and fluffy

Napping with his new mommy

Roo grown up today, helping his mom with their foster kittens