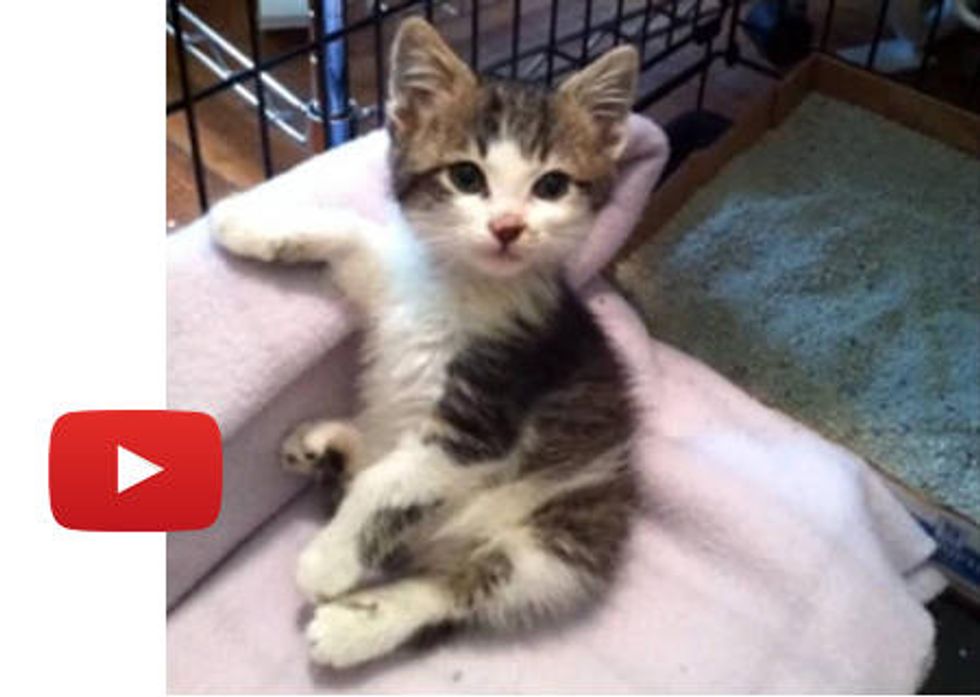 He was just 4-6 weeks old when he was seen thrown from a moving car. A kind person picked him up and realized that he needed more care than she could provide, so she turned him over to CatSnap. They named him Maverick.

He was injured in multiple areas and was significantly dehydrated. Despite 6 broken bones, he continued to eat, drink and use his litter box. They sent him to surgery to have his left front leg fixed. Maverick would purr and snuggle with his caregivers after the procedures. In just 3 short weeks, his bones healed.

All his legs work just fine now and his other broken bones have also healed. Today Maverick is a healthy, happy and lovable kitten. [Watch video below]

Maverick was rescued by a kind person after seen thrown from a moving car.

He was injured and would often sit on his rear end to prevent putting pressure on his broken front legs. Despite his injury, he continued to eat, drink and use his litter box.

Maverick underwent a surgery to fix his front legs. He purred and snuggled with his caregivers after the procedures.