Rescuers Find Stray Kitten With Unexpected Help from a Raccoon

A stray kitten was hiding from his rescuers for hours until a raccoon showed up and chased him out of his hiding spot. 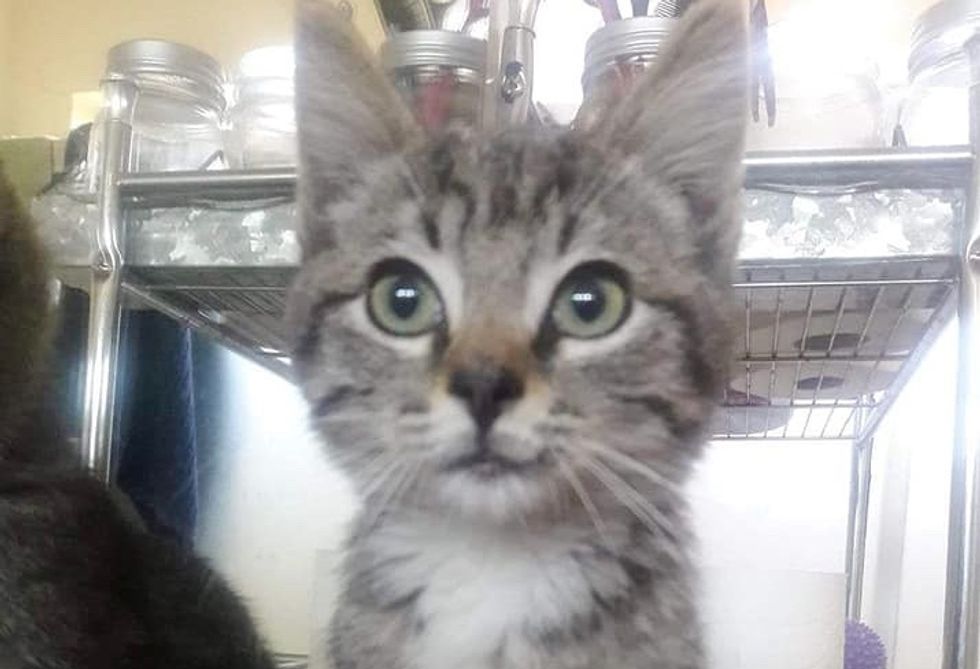 Earlier this month, Anely from Los Angeles spotted a kitten wandering the streets, near traffic. The little tabby was out all day. Concerned about his safety, she derived a plan to rescue him. Before she got close enough, the kitten took off when he noticed a neighbor's dog sprint up to him.

Frightened, he retreated into hiding and was nowhere to be found. Anely left an open can of wet food and hoped he would return. She reached out to the rescue community on Facebook, for help.

Around 9:30PM, Carina Andersen, a local animal rescuer, and her boyfriend arrived and got right to work. "We were only about 20 minutes away so we grabbed a (humane) trap and some fishy food and headed over," Carina told Love Meow. 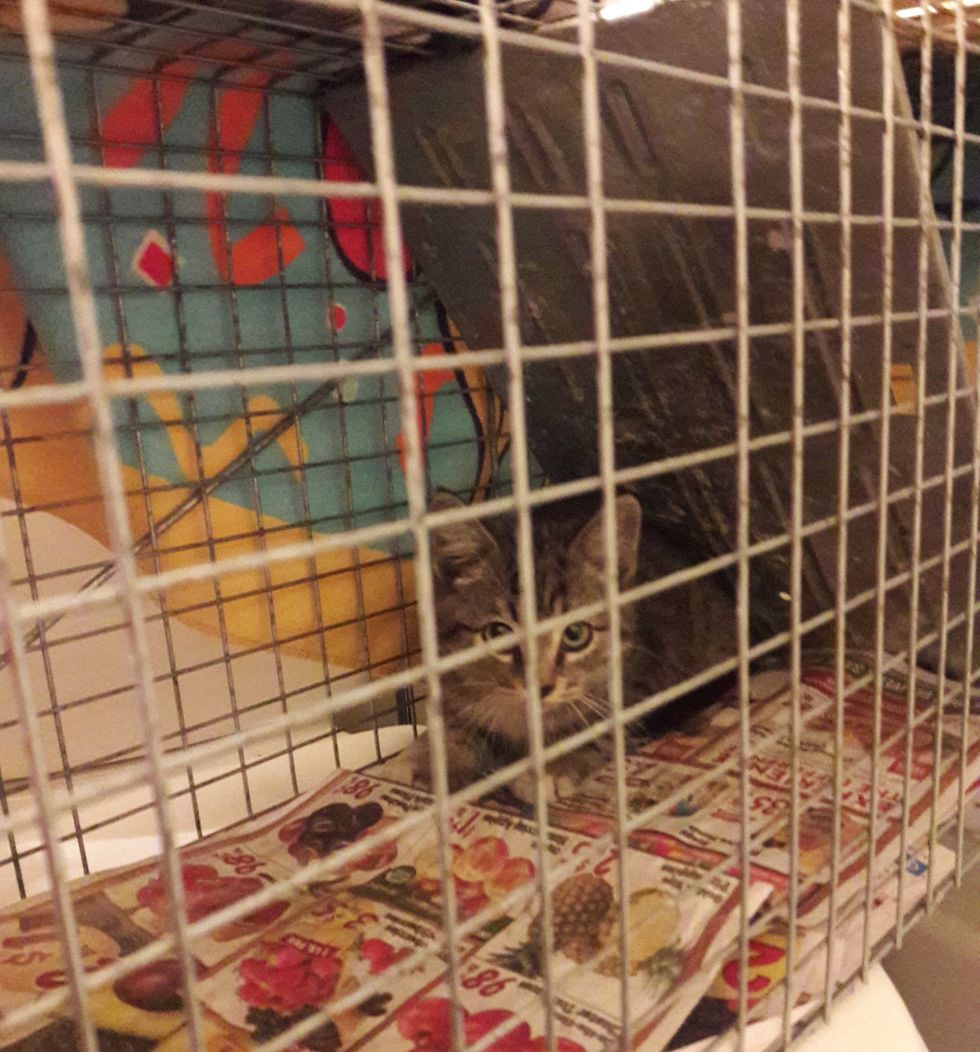 After hours of waiting, there was no sign of the kitten. Just when they thought they might have to come back another day, something remarkable happened.

Around midnight, a raccoon came out of nowhere and started running after the kitten, forcing him out of his hideout. "Suddenly, we saw the kitten running at full speed into the street with a raccoon behind him, and our hearts nearly stopped when he almost ran into the main street with traffic," Carina told Love Meow.

"We managed to divert him into some bushes, shooed away the raccoon and moved the trap over to his new hiding spot." 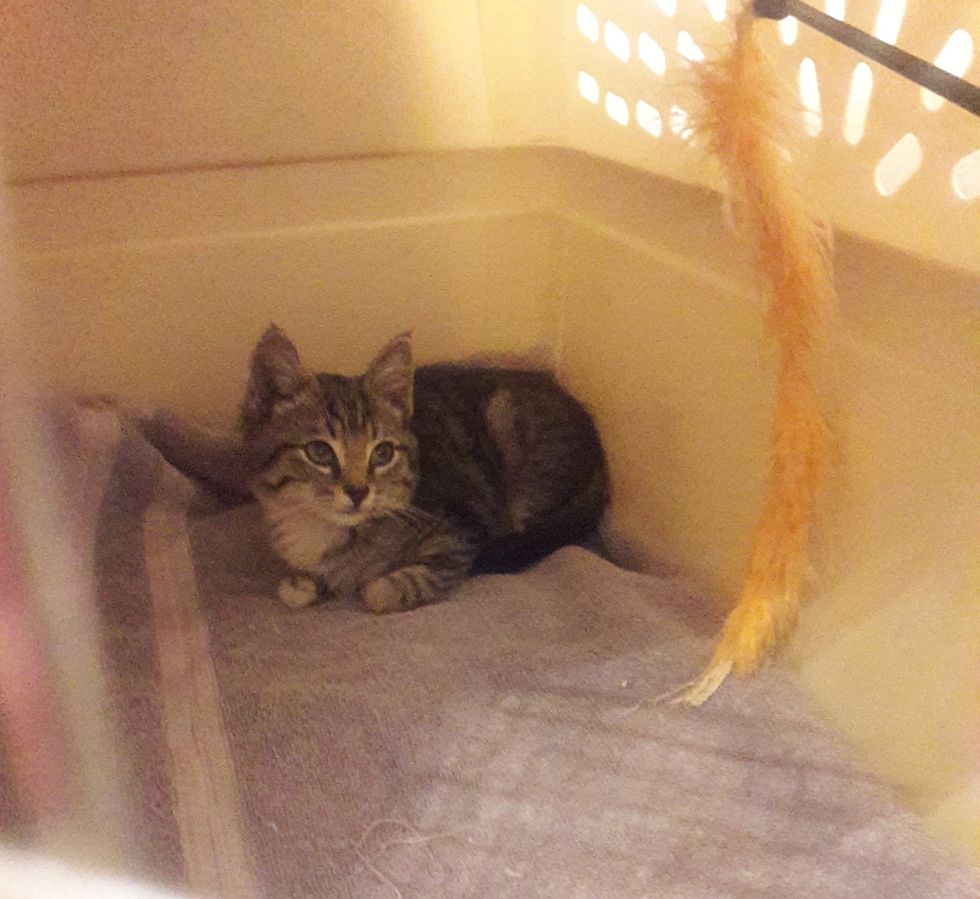 A few minutes later, they heard the sound of the cage door shutting. "The smell of stinky tuna lured him right into our trap. We were so relieved. The mean raccoon turned out to be a blessing in disguise."

The little tabby was finally safe despite being very unhappy for a couple of days. "He didn't have a microchip and didn't know how to use a litterbox."

The kitten was not used to human contact and probably had been out on the streets for quite some time. 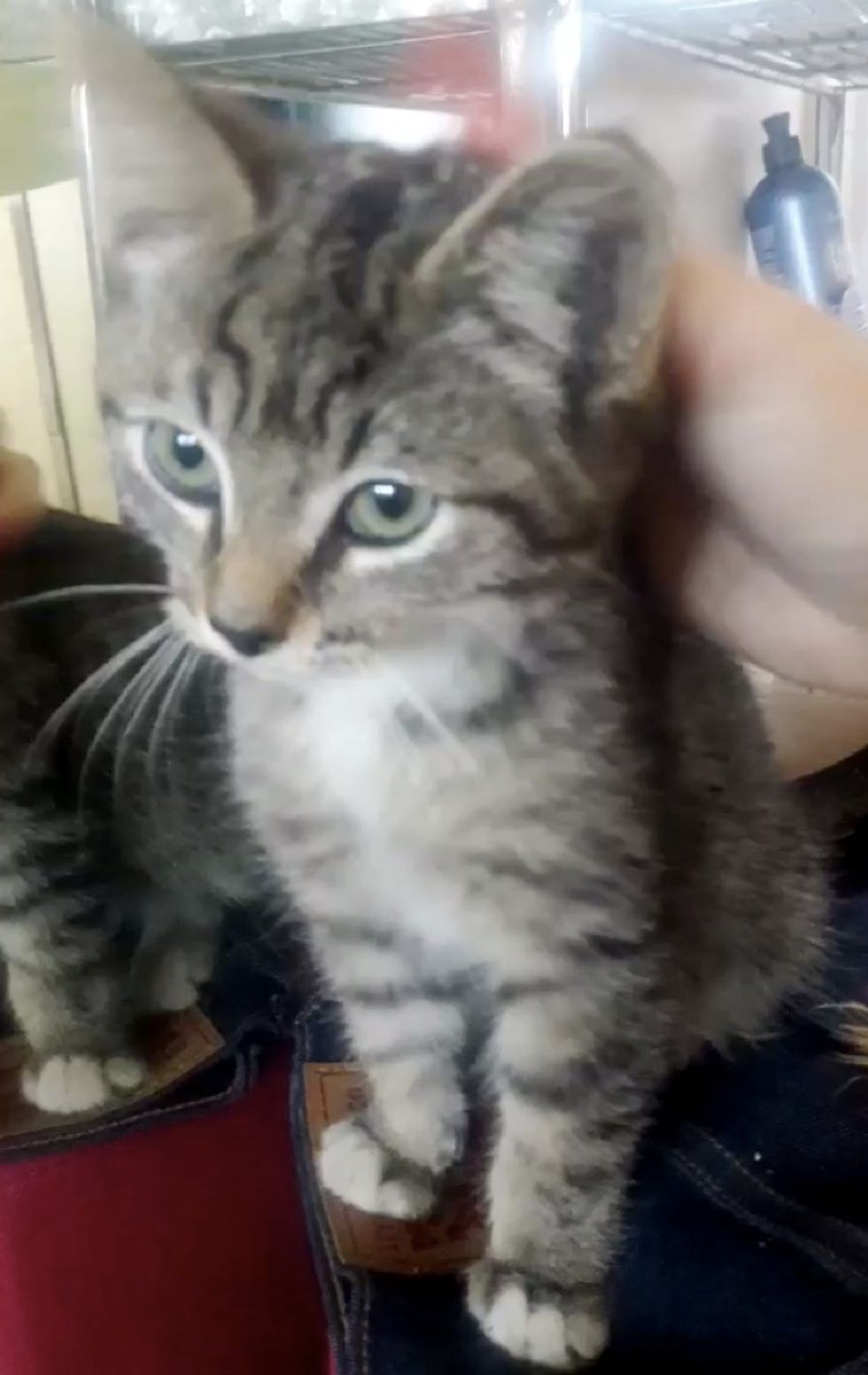 He would hiss and spit and just cower in the crate. But whenever Carina left the room, he would scream aloud.

"I ended up sitting by the crate until he had eaten a huge portion of food and finally fell asleep. I spent the next days and nights in there with him and distracted him with toys," Carina said. 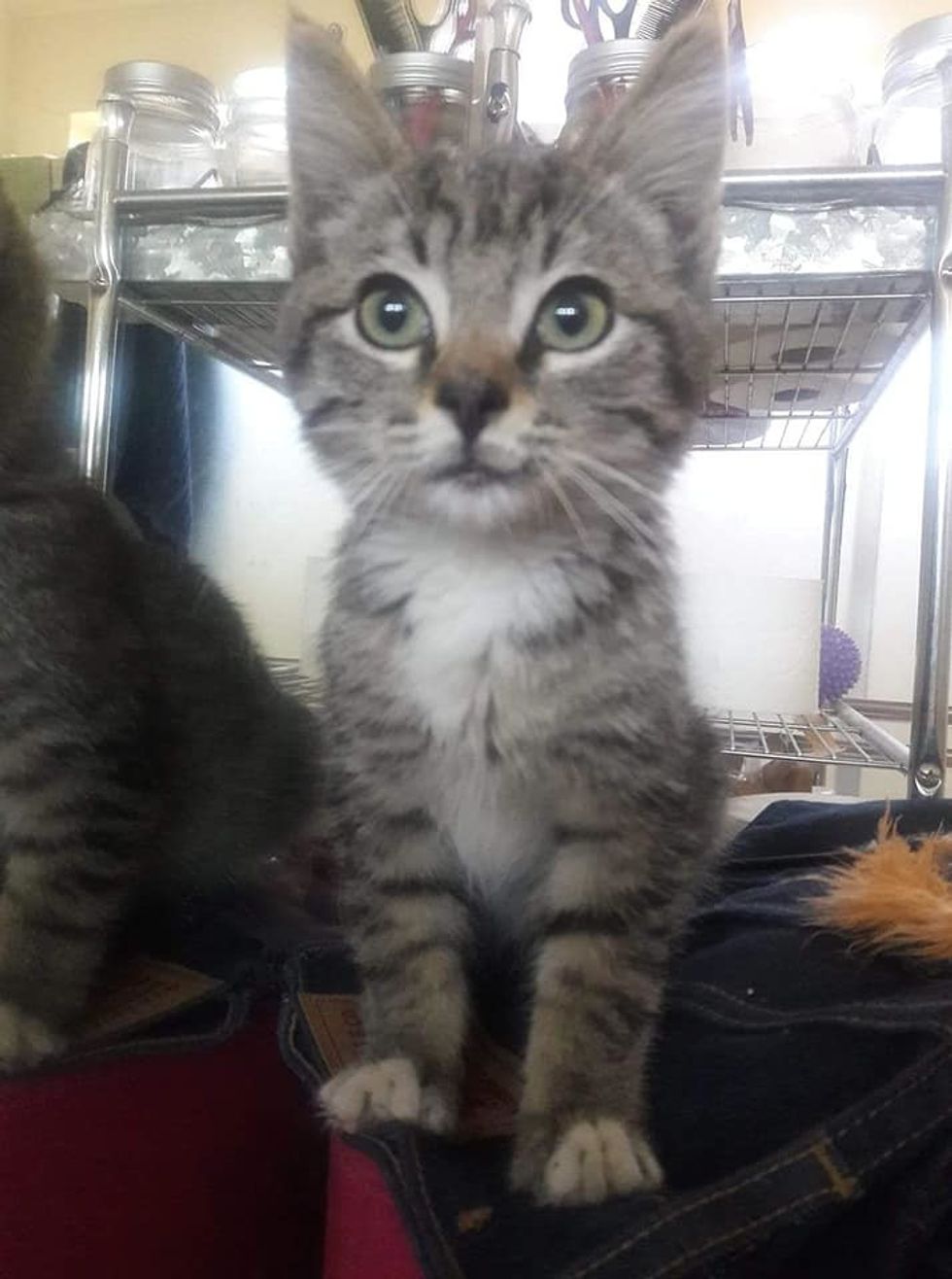 By the end of the second day, things began to look up. Carina tried to pet him, though he jumped a little when he was touched, his fear was quickly replaced with purrs.

"He was still terrified and hissy, but I tricked him into turning on his purr engine. He started rubbing up against my hand and rolling over for tummy rubs." 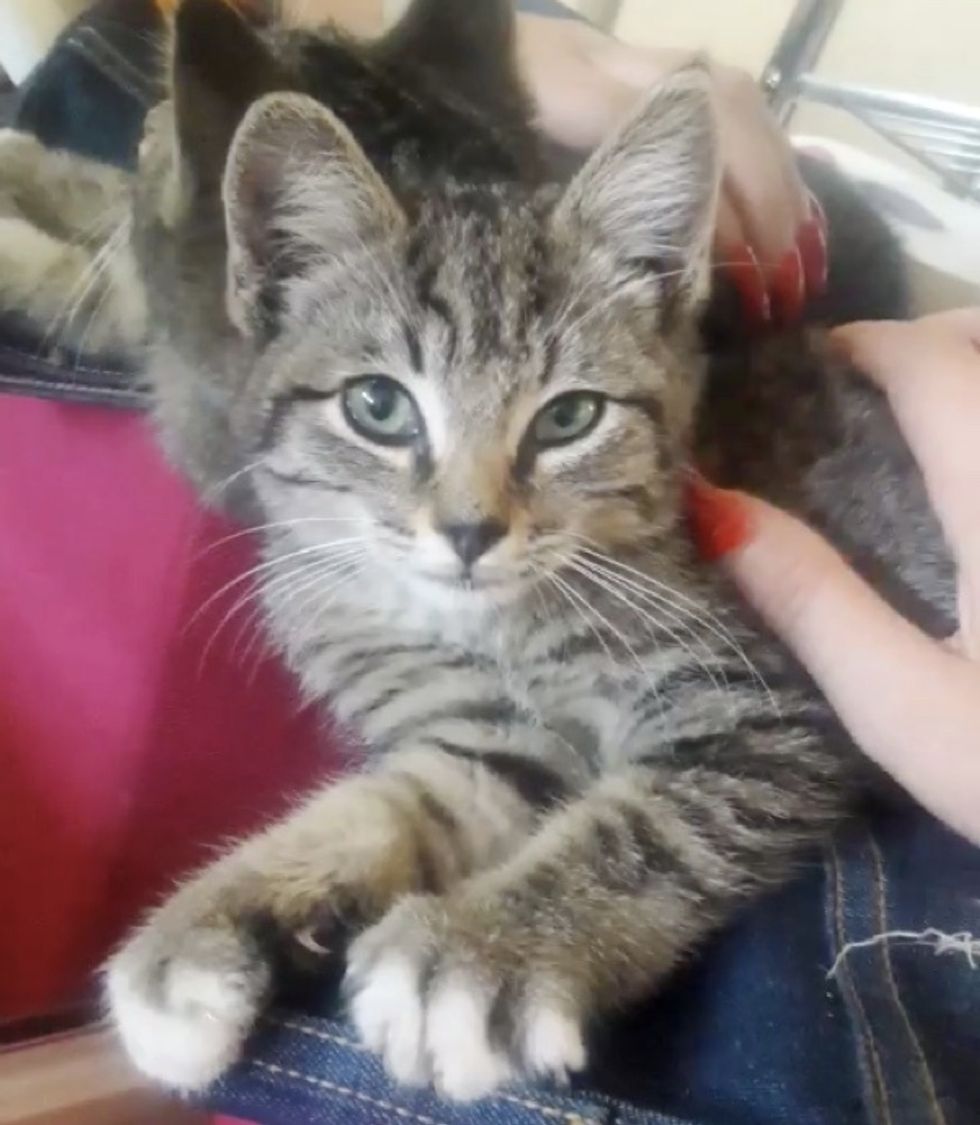 The ASPCA Los Angeles took him into their foster program, so he could have a comfortable home to stay as he continued to be socialized.

Watch the kitty's journey in this video:

Kitten rescued from the street www.youtube.com

"He was very spicy and hissy but after an intensive two days and nights of socializing him, he turned into a huge love-bug with a motorboat purr," Carina added.

The little former stray has come a long way. 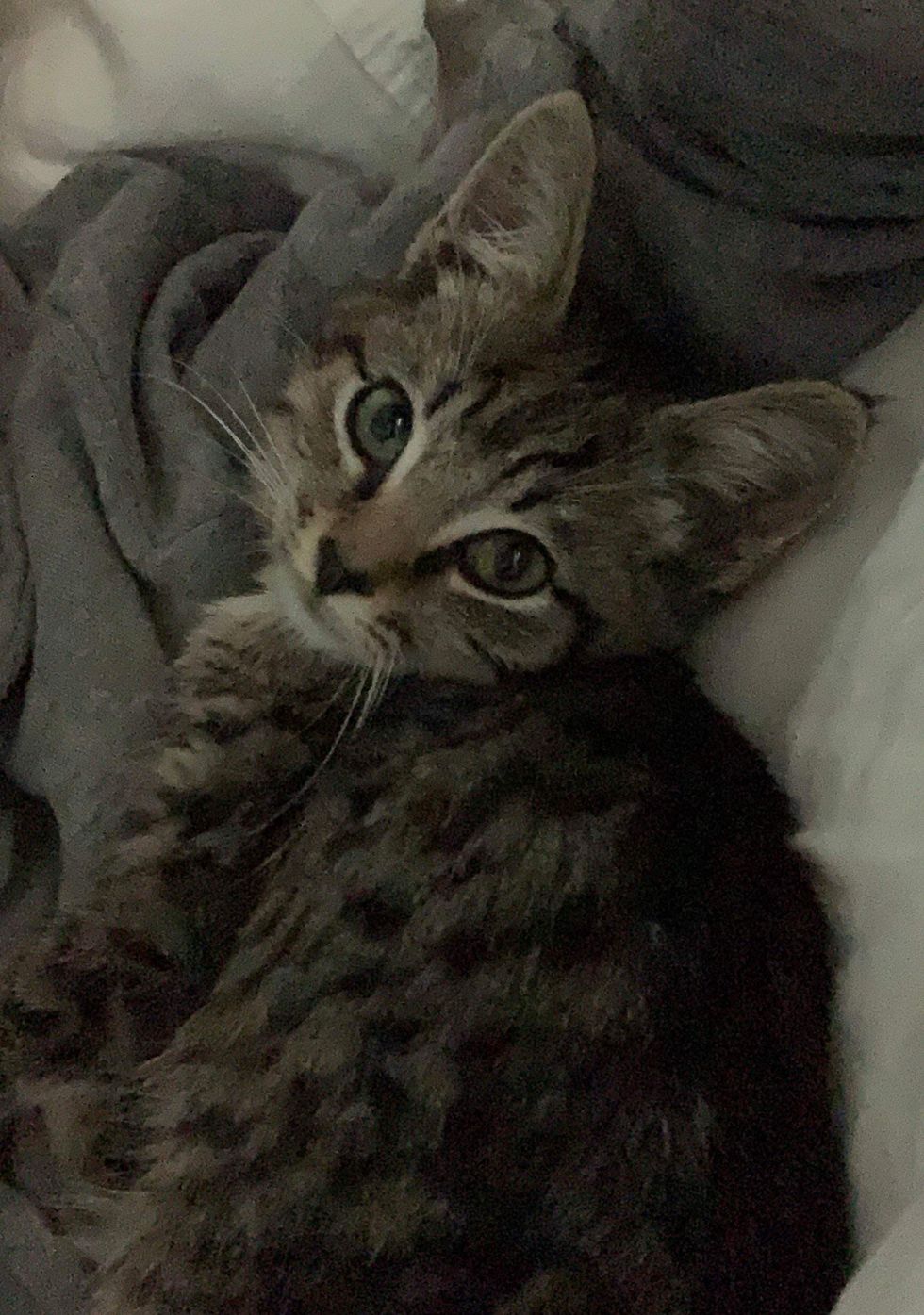 After a taste of love and comfort, he's now a new kitten and enjoys being cuddled. His foster mom Katrina named him Butters, since he seems to melt everyone's heart.

"He doesn't hiss any more and loves to cuddle with his foster mama. He still hides under the couch from time to time, but is warming up and learning to trust humans." 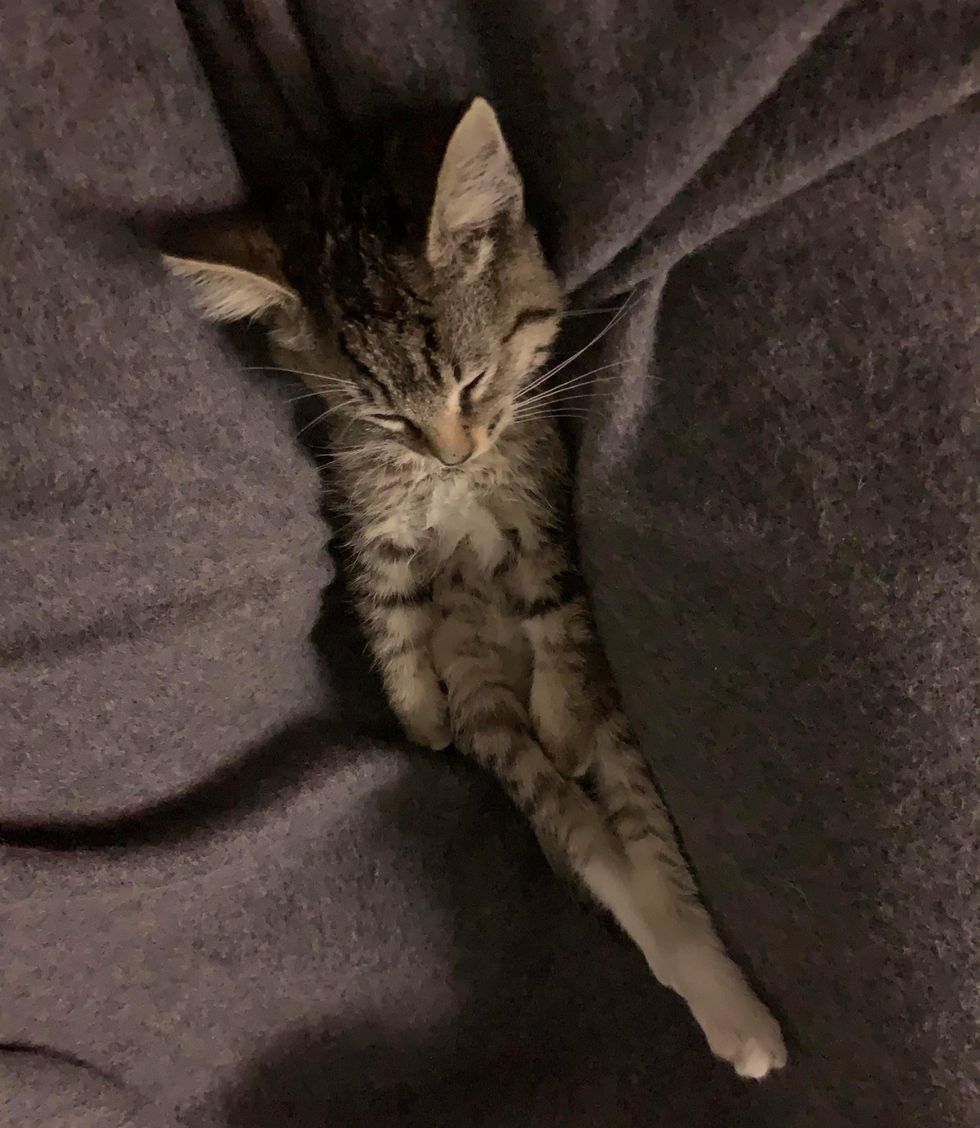 "He is currently looking for a forever home as soon as he's had the rest of his vaccines and neuter surgery in a couple of weeks," Carina told Love Meow.

"At least a happy ending for one of the estimated 1-3 million homeless cats in Los Angeles!" 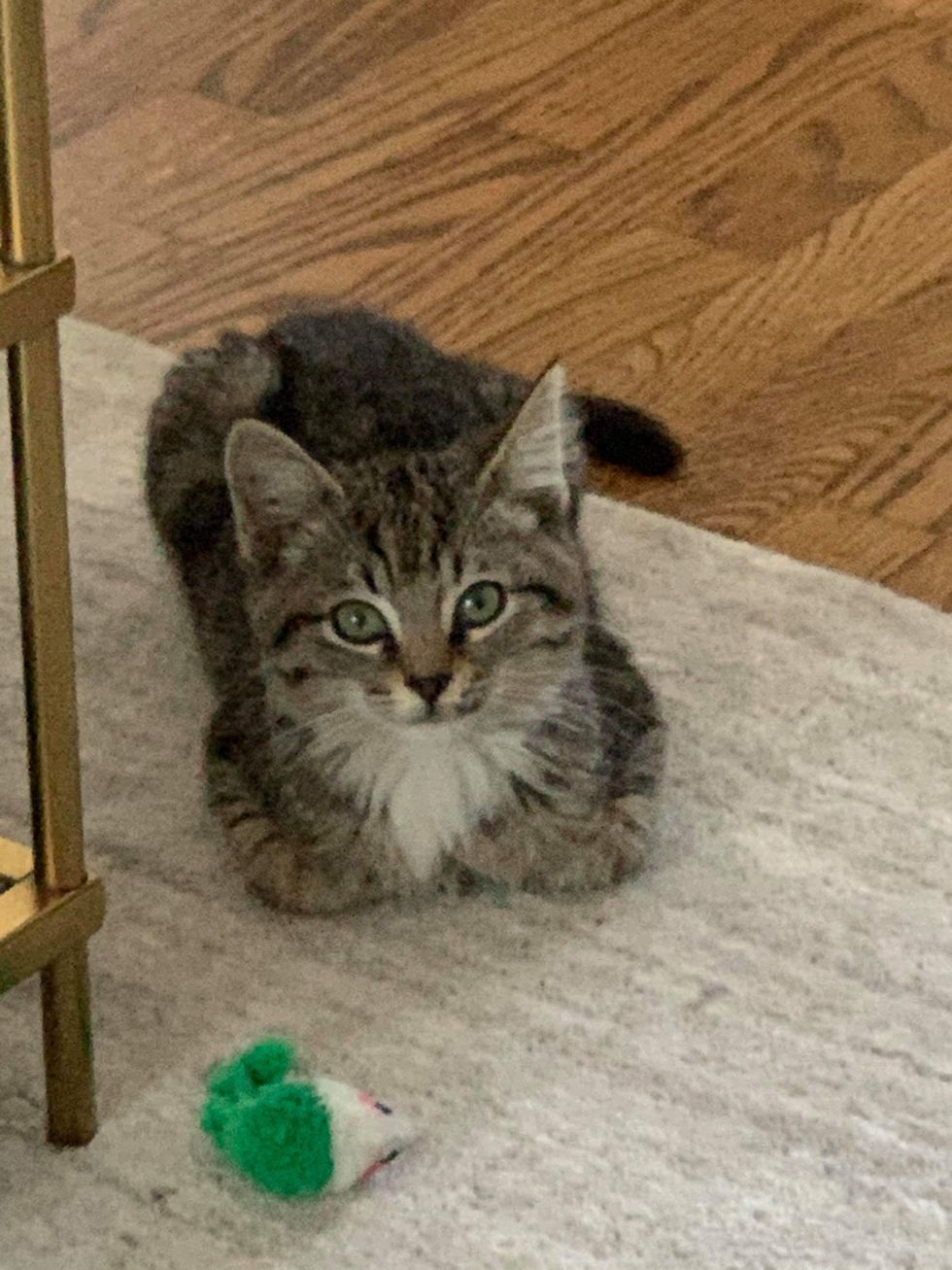