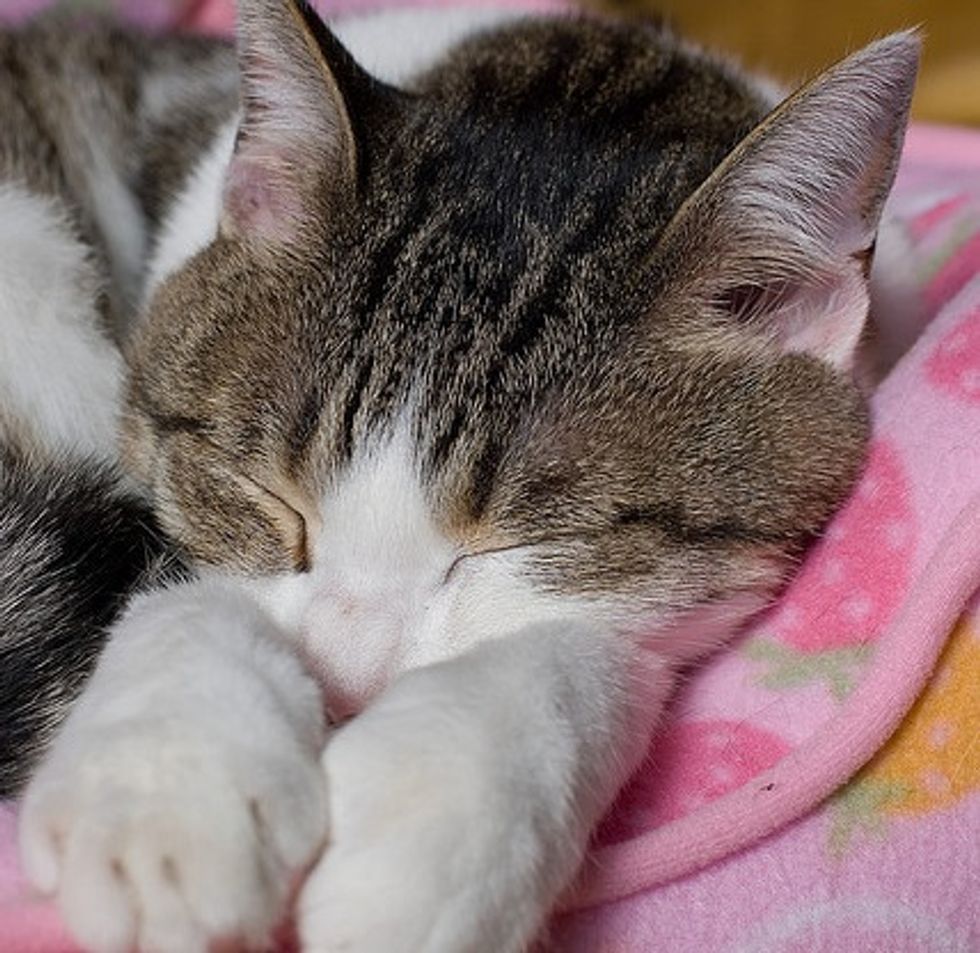 I live near the beach. Some stray and feral cats were living on the beach where I walk my dog everyday. My friend fed them and rescued them to find new homes for them. I decided to help her and support her. End of 2003, I rescued the last cat from the beach. Her name is Deburin, part of my family now. We thought we had found homes for all the cats. It was a happy day for us. But a few days after, two little kittens appeared.

I remembered that Deburin gave birth to two kitties before I rescued her, but I was not able to find them. Luckily they were weaned and were able to survive on their own. One of them is Romi and the other one is Saba.

They were extremely cautious with me and did not trust me a bit. It was difficult to catch them and I was not able to trap them. I brought them food everyday no matter how bad the weather might be. They became more and more friendly little by little, but still they did not let me touch them. I attempted to rescue them several times, but it was to no avail. After 6 months of waiting and feeding, they slowly opened up to me and I finally rescued them and brought them home.

They were tiny, but did not have any health issues. I was going to find a home for both of them. Eventually we were able to find one for Saba where she lives in happily now. While I was looking for a family for Romi, she was staying with me and my cats. My first cat Herlock and Romi bonded and became inseparable friends. I thought there is no way I could stand seeing them apart from each other. They are meant to be together. So I kept Romi with us and she's been a wonderful addition to our family.