A couple of good Samaritans were out scouting trails for a running group when they came across a litter of kittens, meowing for attention in 100+ degree heat (37 - 40 degrees Celsius).

They knew they had to help. 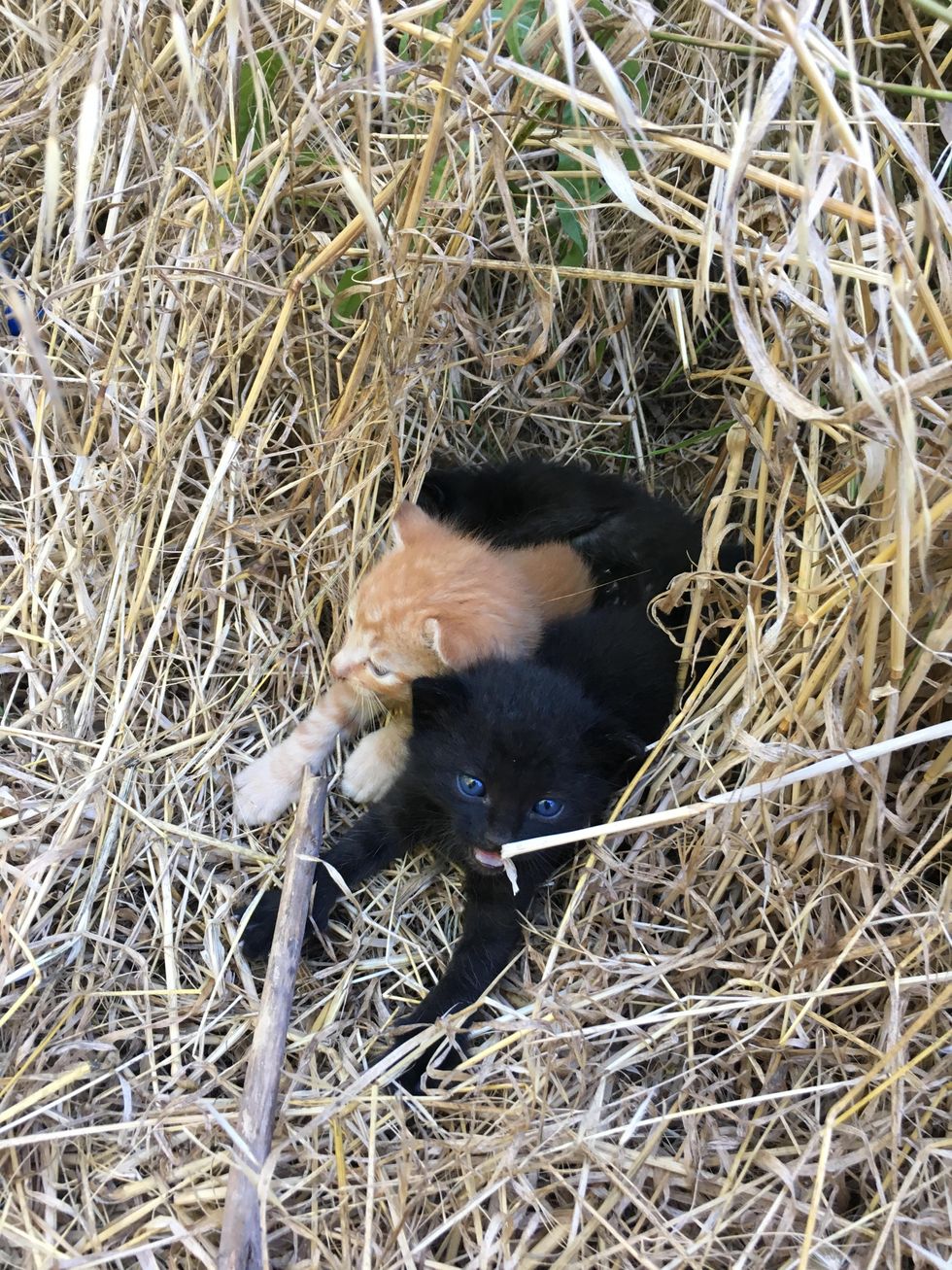 On a Friday this June (16th) in Sacramento, California, K and her friend were out scouting trails. Suddenly, they heard little meows coming from the bushes. Upon investigation, they found a nest of kittens meowing out to them.

"One of the black ones came crawling out of the bush," K told Love Meow.

The kittens were very friendly and walked right up to their human friends for attention. The mother cat, however, was very shy, hiding nearby and refused to come out. They knew that they would need to come back with a humane trap to help get the mama cat.

Later on that day, K went on Facebook and started contacting every rescue group she could find in the area for a trap. "One of them hooked me up with a volunteer who does so much for feral colonies that she has around 20 traps," K told Love Meow. 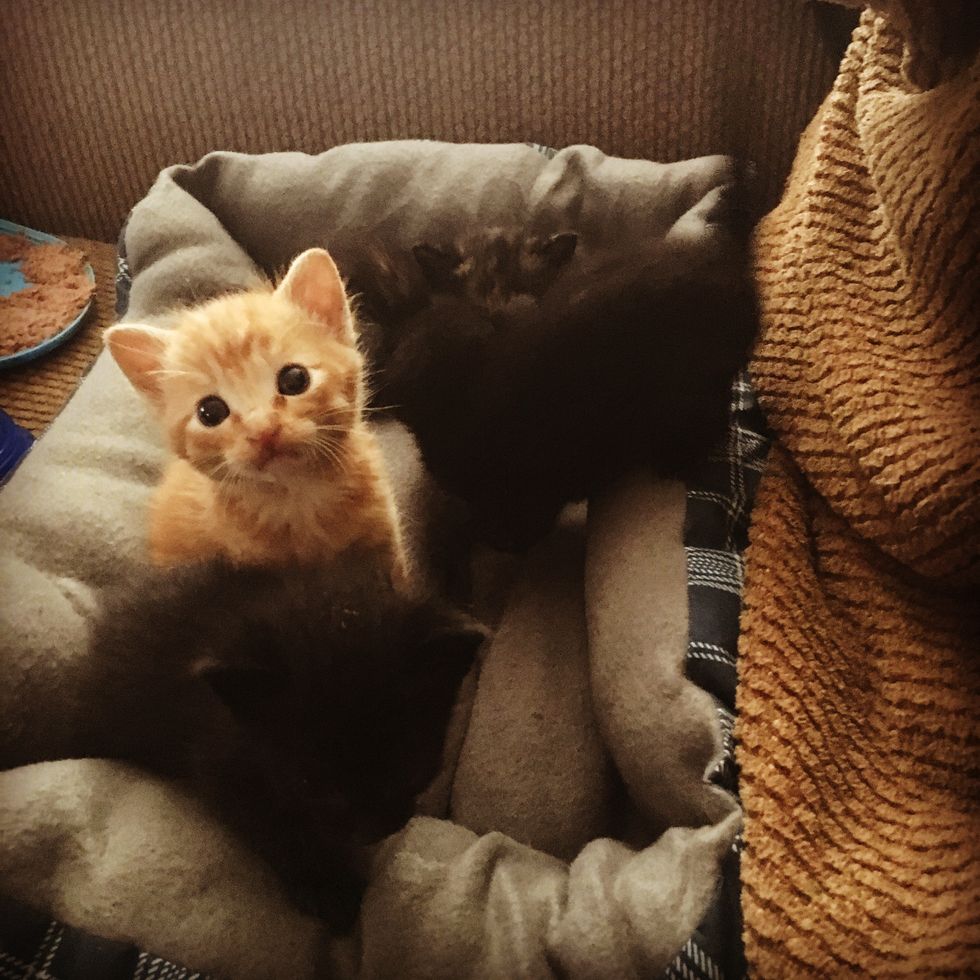 The cat mom didn't fall for it so by the end of the day they took the kittens to safety and left the trap there. 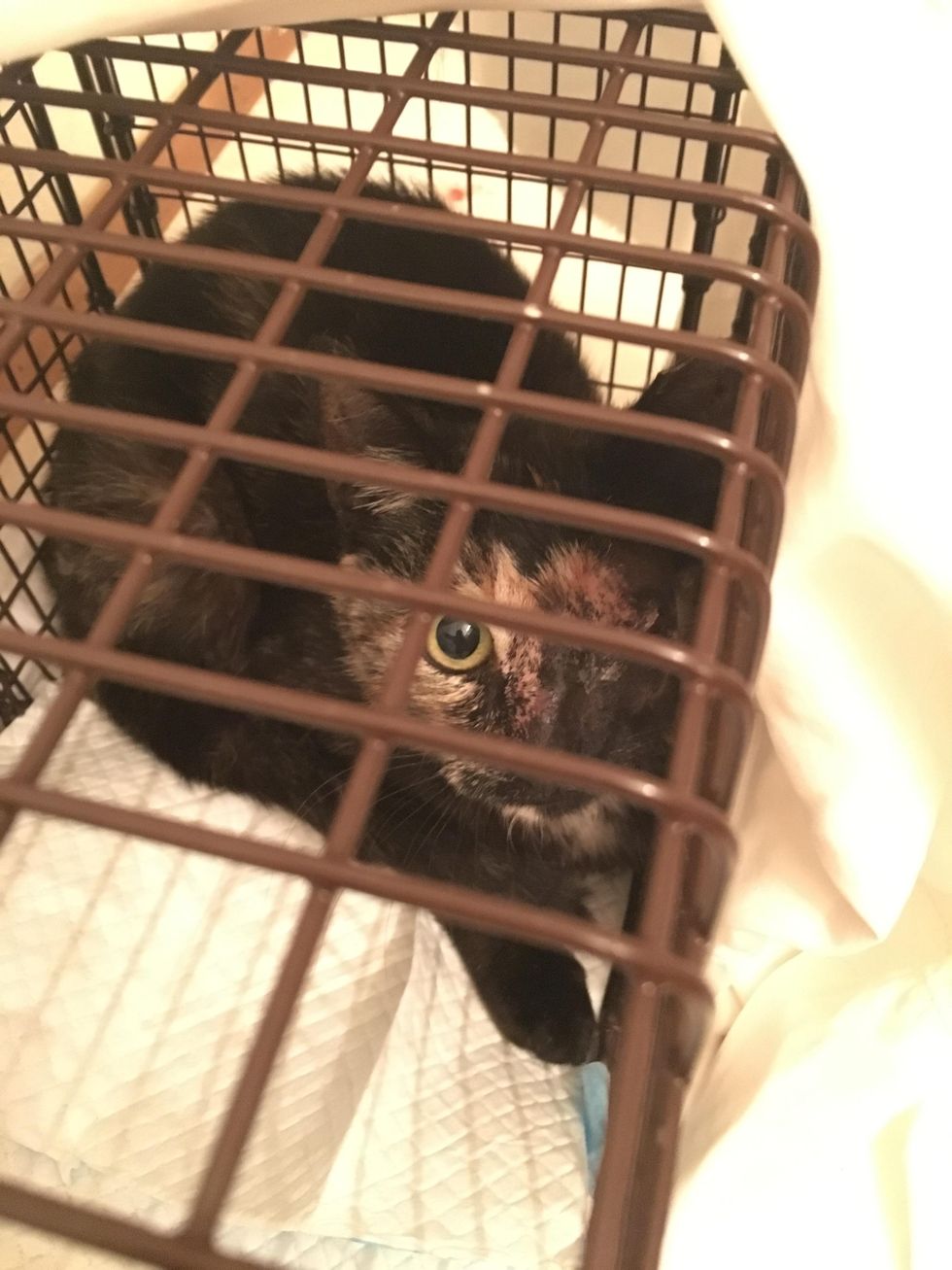 "It took two days of hiking out to where the trap was, 2.5 miles one way, morning and night, but I finally caught the momma cat," K said.

The tortie mama had foxtails in one of her eyes which caused it to rupture. After an emergency trip to the vet, they had it removed and mama was on the mend. They named her One-eyed Sally. 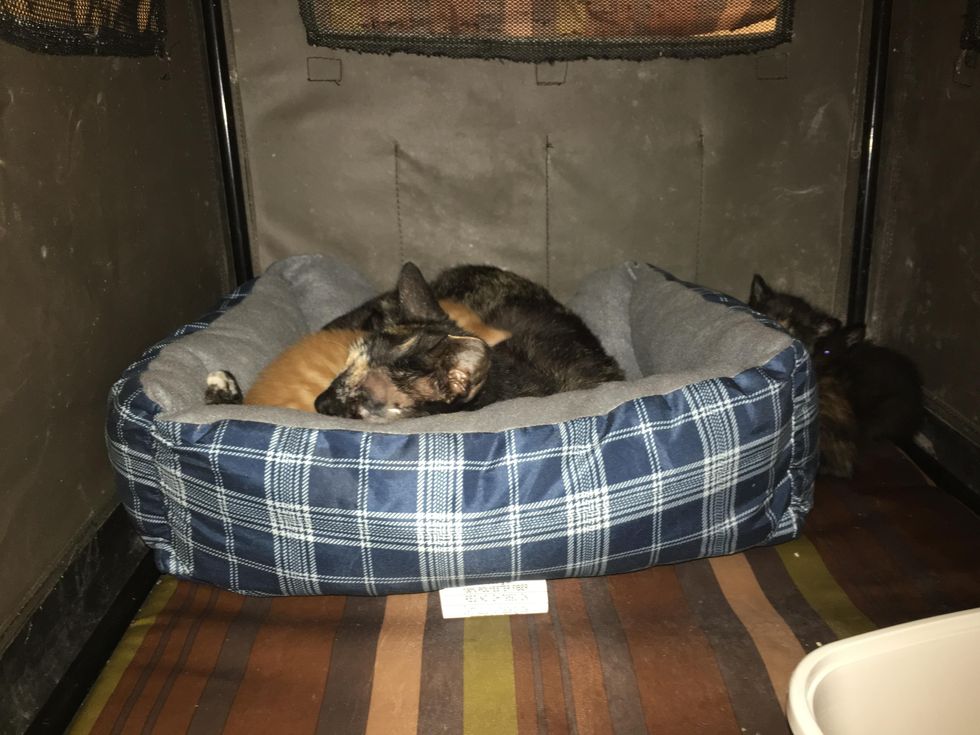 While at her foster home, the shy mama took refuge under the bed. K sat there by her side with her hand next to her to help the mama get accustomed to human contact. After awhile, she slid over to touch her paw, and slowly but surely momma cat let K pet her for the first time.

"She purrs when I pet her now, and will dart her head out from under the bed for treats," K told Love Meow. 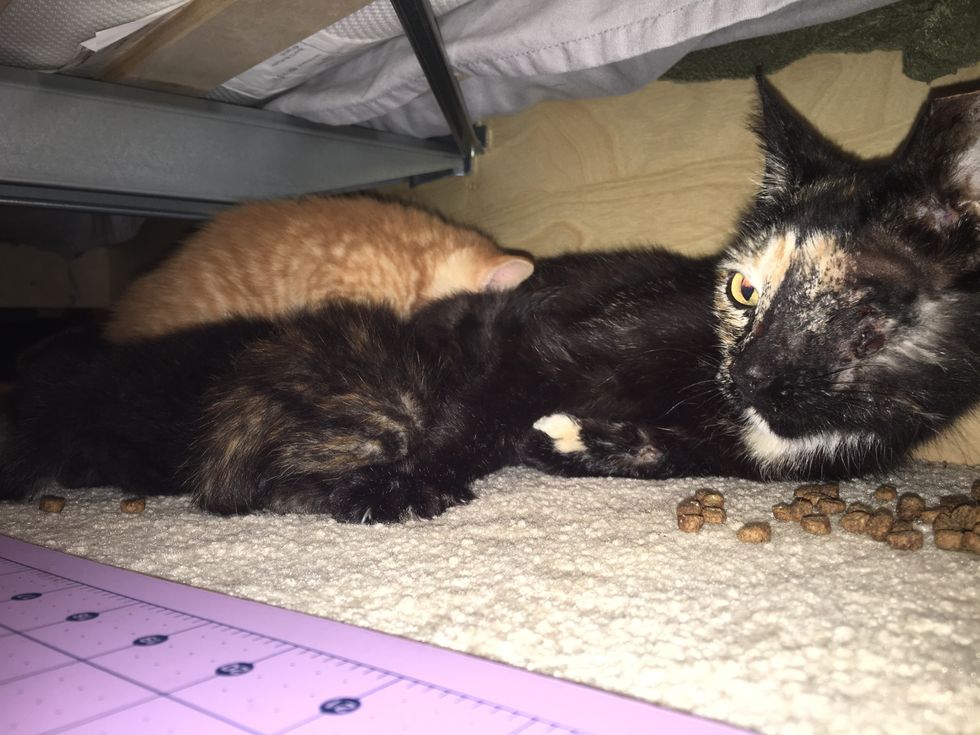 Mama is back with her four kittens, Eenie, Meenie, Miney, and Moe. Though she's still learning to love and trust, she has come a long way.

The kittens are thriving in foster care. K gives them supplement to help reduce mama's stress.

The tortie mom was very skinny, weighing only four pounds when they got her, but now she's bounced back and is much stronger and healthier. 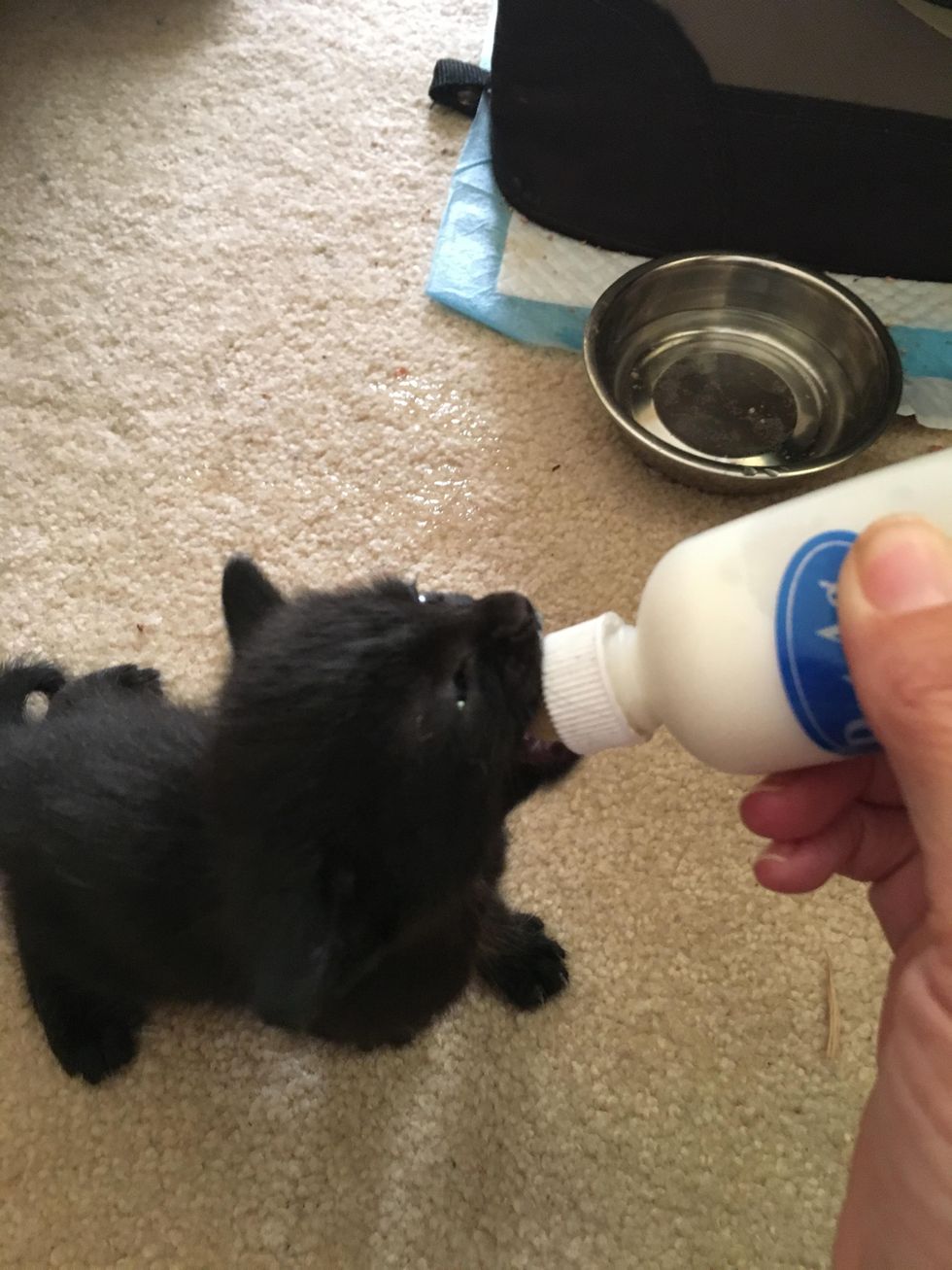 Once the kittens are big enough, they will be going to good homes. As for now, they are running around the house like they own it. K is confident that the sweet mama will come around.

The feline family of five will always have a roof over their heads and people to cuddle with from now on. 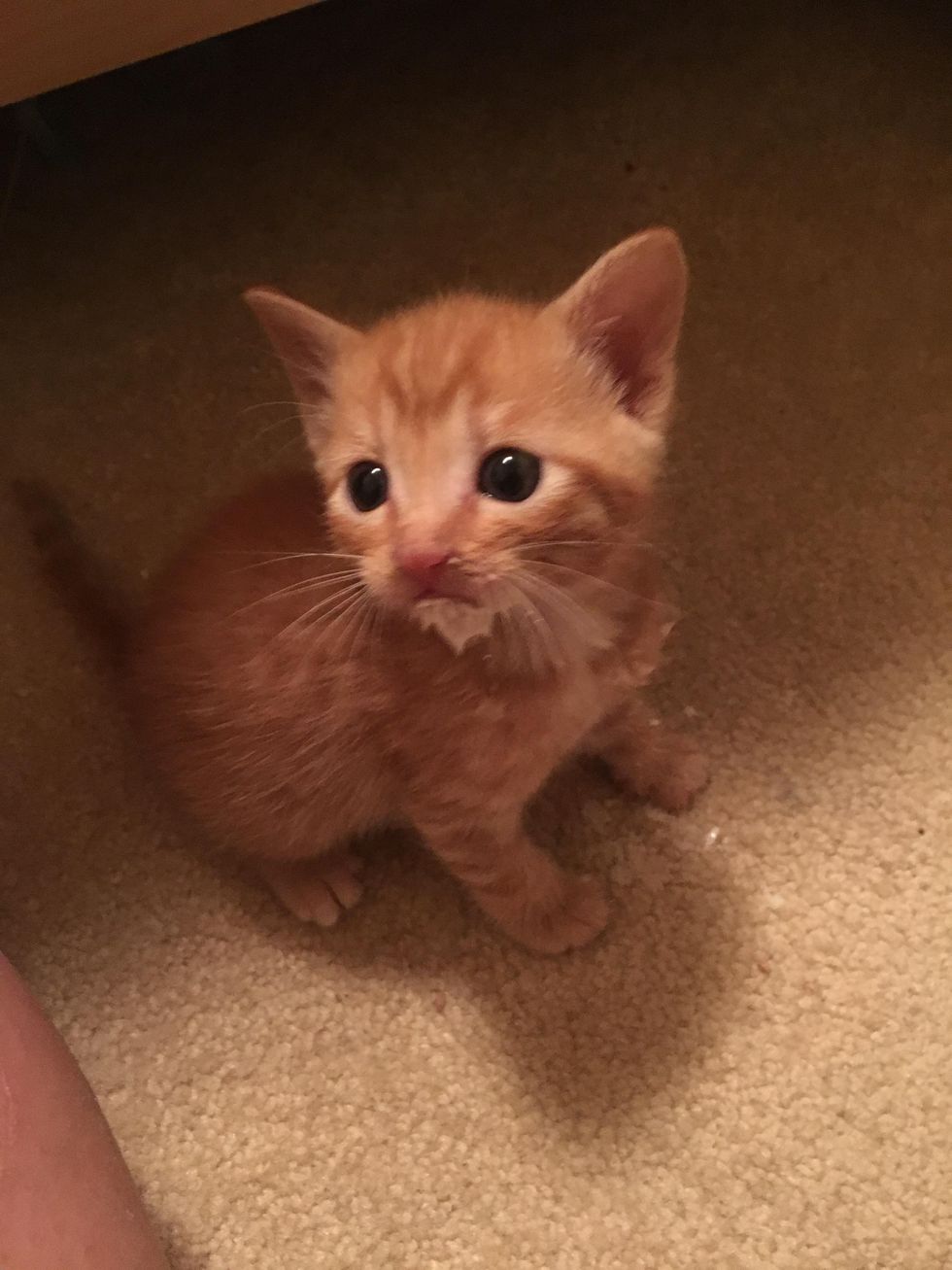