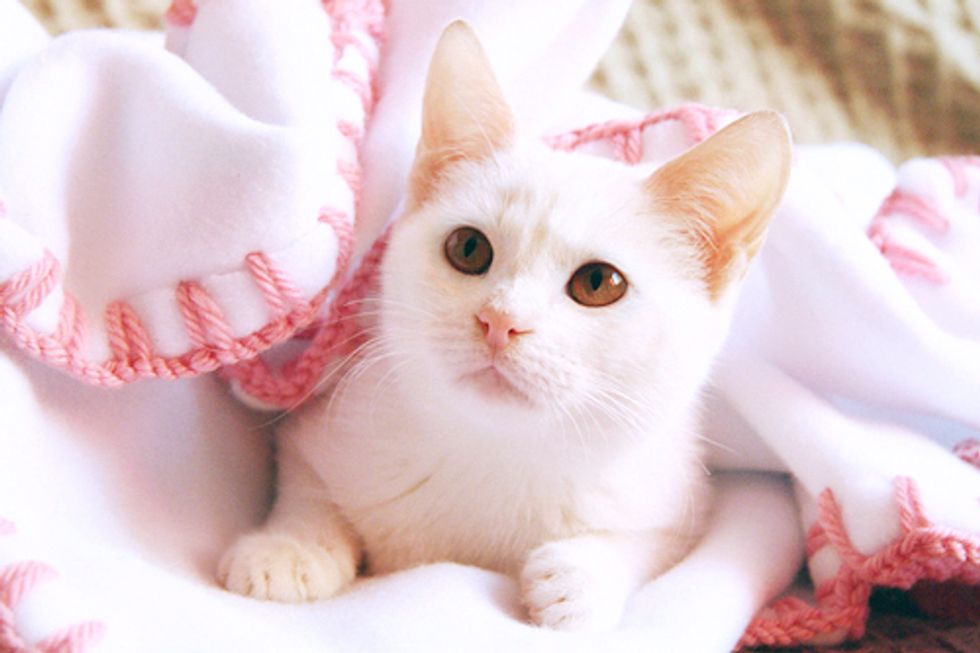 Sakura the Cat and Her Rescue Story

Giane Portal was at work when she received a phone call from her boyfriend who told her that he just found three abandoned cats near work - one mother cat and two kittens.

She immediately gave him instructions to help the cats since they had found a place to take refuge in. Portal was hoping that someone from work would be able to adopt them, but no one did.

"It didn't happen. Each person had their reasons."

Portal already had rescued many cats of her own and her house was full of furry friends, but she and her boyfriend were determined to rescue the kitties and keep them until they found a forever home.

One of the kitties was named Mohsen. He was very sweet to Portal's boyfriend. After he was rescued, they sent him to a foster home by one of their friends.

But it took more time to rescue the other kitten because the mother cat had taken her to a hiding spot that was simply too hard to reach. However, one day, the cat mother disappeared. Missing the cat mama, the white kitten started to communicate with people and let them touch her, grab her and eventually take her home.

The little white kitten was named Sakura. She was "full of personality and full of life."

"She was not intimidated by other cats and soon conquered a place in our home and our hearts."

About a month after Sakura's rescue, Portal finally found a lady who was able to provider her a forever home. She was excited for Sakura but at the same time she was sad to see her go.

Till today Portal still misses Sakura, but she is happy that she now has a wonderful and loving home.