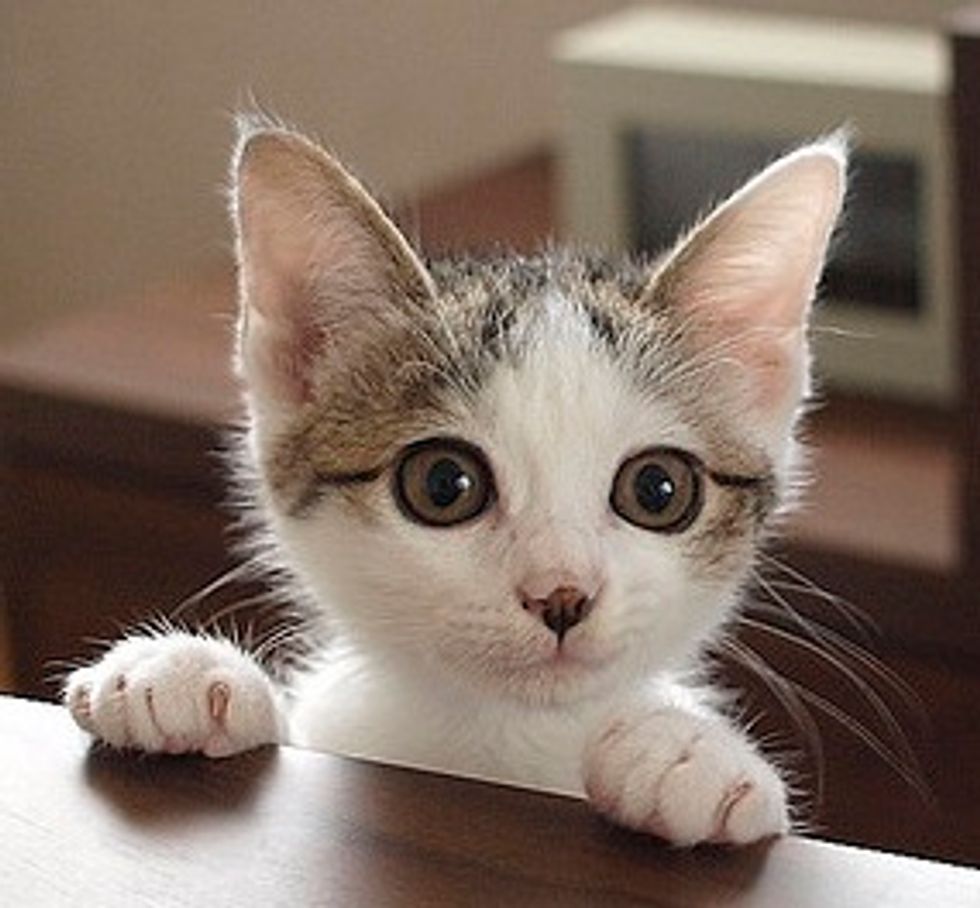 Sasami the Cat and His Loving Home

Sasami was born a little feral, and later got separated from his litter. He was wandering around the street one day, not knowing what his life had in store for him. A person named C.K. came up to him. "I saw him on the street, obviously sick. His eyes were watery and nose was runny, so I immediately grabbed him and started looking around to see if he had a owner, but I saw no one." C.K. took the little guy home. When Sasami first arrived in his new home, he explored around the apartment and loved everything he saw and touched.

"I went to the vet and got eye drops and medicine for Sasami. The vet estimated his age to be about a month old."

Sasami loves to snooze and anything could be a perfect napping spot for him. Sometimes he will crash on top of a box, a bean bag, a cushion, a basket, you name it. Other times, he likes to wrap around mommy's leg and cuddles it while sleeping.

There is a ladder in the apartment that leads to a small storage right below the ceiling. Sasami has made that place his little kingdom and a secret hiding spot. He climbs the ladder everyday sometimes with his buddy Panda (stuffed toy) in his mouth to go to his little castle where he gets to see the entire apartment from one view.

"When Sasami watches TV, he is hooked. You can see the tv screen reflected from his eyes. He aboslutely loves things that fly across the screen and subtitle."

Sasami is a very curious boy. When his mommy is doing laundry, he likes to jump on her shoulder to help out. "He also jumps on my shoulder when I wash dishes. I think it's so cute that he does that, even though it hurts a bit when I feel his claws on my shoulder."

Sasami can be quite mischievous sometimes. "I was looking for my camera cap one day. It was not under the bed. I thought I put it on the table, then I saw Sasami carrying it in his mouth. During teething, he chewed up many things including both of my slippers."

It's amazing how much Sasami's life has changed since the day he was rescued. "When I found him on June 12 (2009), he was a bit weak, wobbling while trying to walk. Right now he is able to climb the ladder, has good food and can sleep all day long. He's come a long way."