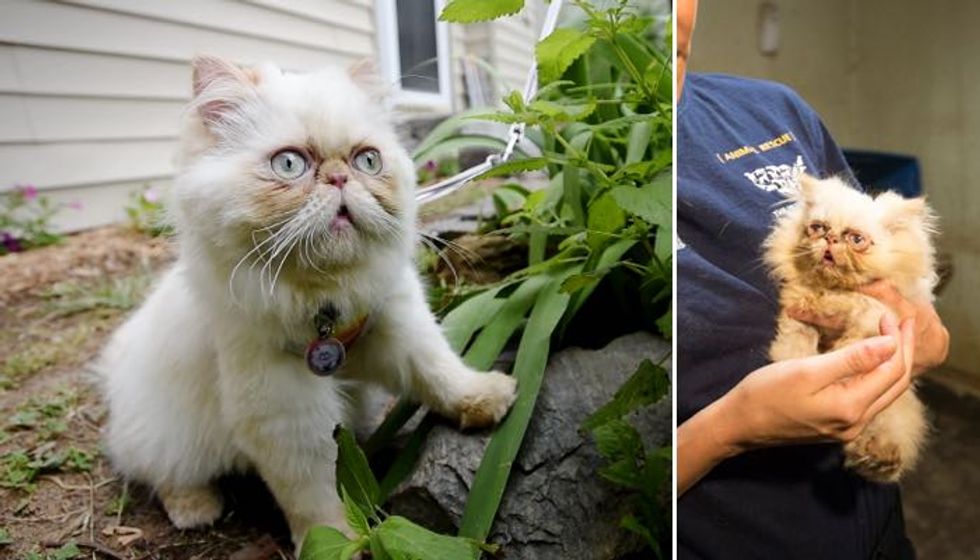 This tiny scraggly kitten rescued from a puppy mill has made an incredible comeback.

It’s a happy ending for a kitty who had a rough beginning to life. Athena, a Persian, was found when the Humane Society of the United States (HSUS) did a bust on a home in North Carolina.

Due to the horrid condition she lived in, Athena was suffering from eye and upper respiratory infections. She was also quite feisty, having lived her entire life in squalor.

When they got her out of the filthy property, she was resisting and didn't trust those trying to rescue her. They took her to Brother Wolf Animal Rescue, where volunteers gave her all the medical care she desperately needed and began to rehabilitate her to help her learn to trust again.

Today Athena has a family that loves her to bits and a place she calls home. She is still a sassy kitty, but she knows what it's like to be loved. She enjoys spending time with her forever human Dani Ellis and her canine friends.

Hanging out with her human Dani and dog buddies in the backyard.

What a stunning cat she's become!

Share this story and help a kitty in your local shelter find their forever home!